We had the good fortune of connecting with Nick Soole and we’ve shared our conversation below.

Hi Nick, what was your thought process behind starting your own business?
Having spent many years playing in bands and producing underground music in Sydney, Australia, I decided to come to LA to write music for film, TV, and video games. It seemed like a logical progression. I’m not really qualified in anything else except for music-making so I decided to have a try at making it my livelihood. Cut to a few years later and so far, so good, I guess. 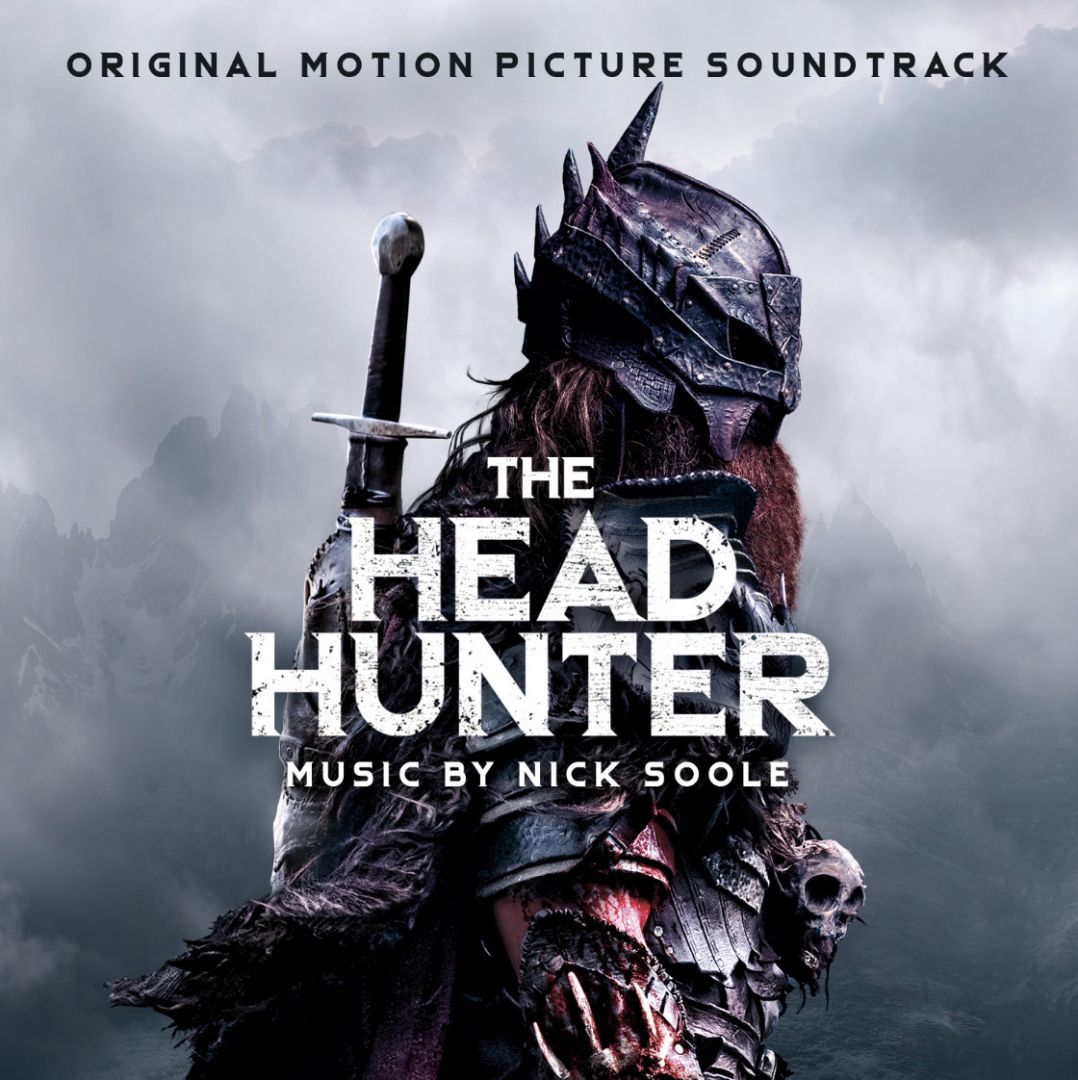 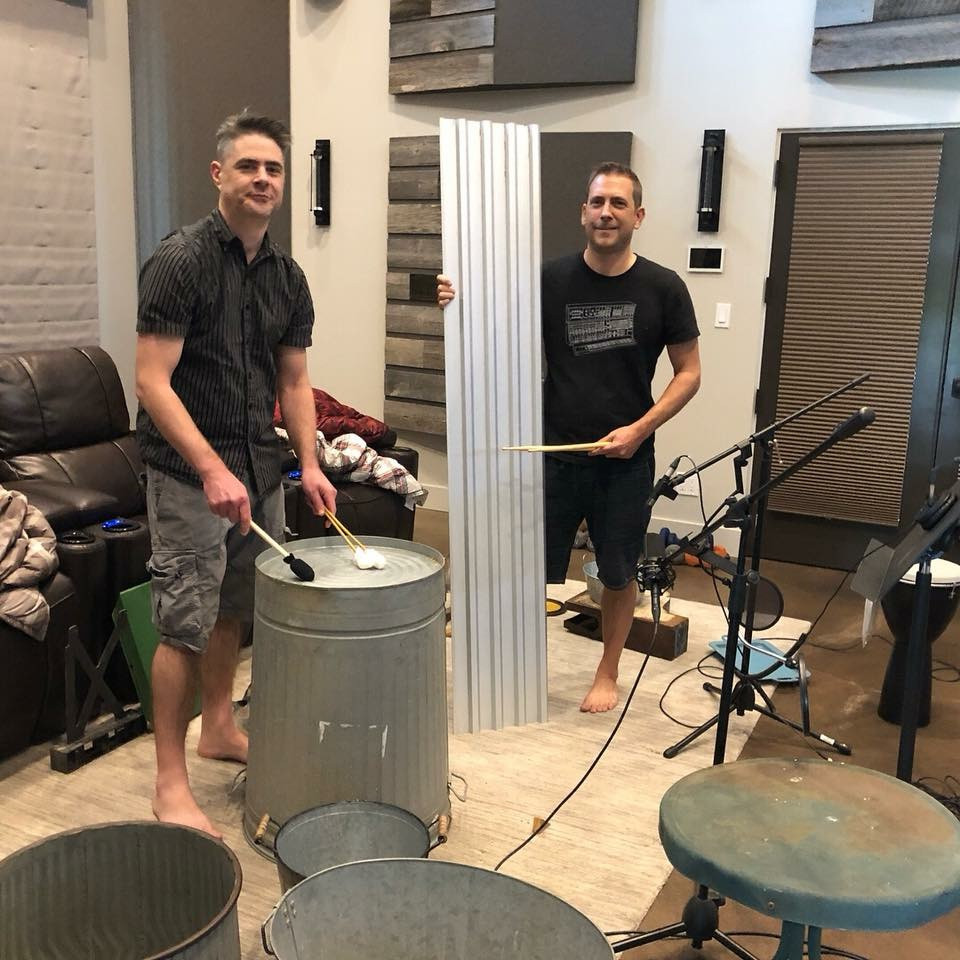 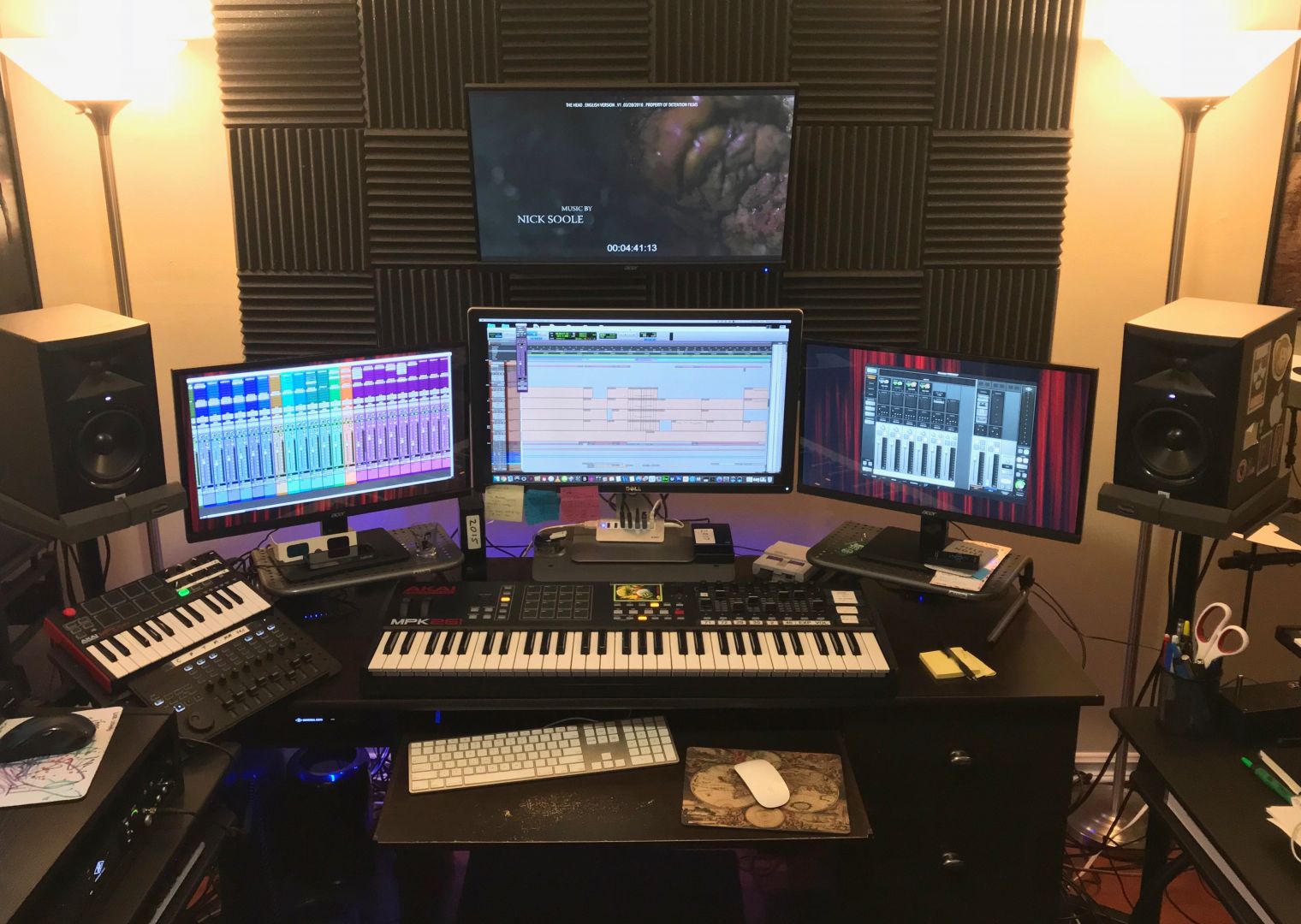 Let’s talk shop? Tell us more about your career, what can you share with our community?
I’ve spent the last six or so years writing music for TV shows, TV movies, independent films, trailers, video games…pretty much everything. I’m probably most known for my score to the 2018 cult-horror film, ‘The Headhunter’. That was a fantastic project to be a part of and it’s definitely the one thing that I am most proud of. The film has found such a passionate and enthusiastic audience. People from around the world email me regularly to express how much they loved my music in the film. It’s such a great feeling to know that there are all these people out there you’ve never met, hearing the music that you created in solitude and receiving it the way it was intended to be received. It’s like they’re hearing the inner workings of your brain and they get it. Music can be like telepathy in that way. It can transfer thoughts and feelings from one person to another, without words. That’s a beautiful thing. The deluxe vinyl edition of the soundtrack is available for preorder now. A small company approached me about releasing it and they made it happen. The artwork looks amazing and the music sounds great on vinyl. It’s exciting when your music for a film takes on a life of its own like that, a life separate from the film. My art just sort of evolved into my career. I made music for music’s sake for many years. It was an itch I needed to scratch. I just had a burning desire to make stuff, without thinking about actually getting paid for it. Gradually that became something more serious and professional. Now I treat it as more of a job. It can be hard work but I’m very aware of how lucky I am to have come this far. I’ve come a long way in the past six or seven years but it’s always hard to talk about one’s “success”. I feel like I’m not there yet. I’m in the middle of the journey. I’m also a little superstitious. I worry that if I say “I’ve made it”, it could jynx everything. I’m afraid of going backward. I like to think about the next thing. How to get to the next level. How to build on what’s already there. It’s the same mindset I had when I was starting out. Just keep trying to inch forward. Stay consistent. I never want to lose that sense of progress and momentum. I might get complacent if I think of myself as having already succeeded. Becoming a composer wasn’t exactly easy or hard. I made the choice that this is what I wanted to do and from there I just had to ride the rollercoaster. It’s amazing what you can put up with when you have a sense of purpose and some ambition. I just worked as hard as I possibly could. I lived and breathed my work. As soon as a tiny iota of luck came along, I would jump on it and work twice as hard. That tends to create more luck and on it goes. There’s always doubt, sure. Maybe uncertainty is a better word. I just had to brush that aside. I still have to, even now, but having a clear purpose made it easier for me to deal with the “hard” things along the way. I’m a bit of a fatalist. So early on in my career, my attitude was ‘do or die’. That tends to simplify things. I like to treat every new project as a unique, one-of-a-kind work. I try and find the art and the edge in it, even in a very commercial project. That keeps me interested and inspired. I always ask myself “How can I make this as idiosyncratic as possible, without going too far?”. I like my music to have character. I used to be much more hung up on excellence and perfection and trying to find the most correct way to do something, but music is so subjective. There is no one right way to do it. Aside from certain technical boxes that need to be checked in order to maintain quality, perfection is in the eye of the beholder. There are so many great composers out there who can do amazing things that I may not be capable of but I’m fine with that now. I’ve found my niche. I’ve got my own way of doing things, my own approach. I like to think that my music in some way reflects who I am as an individual. 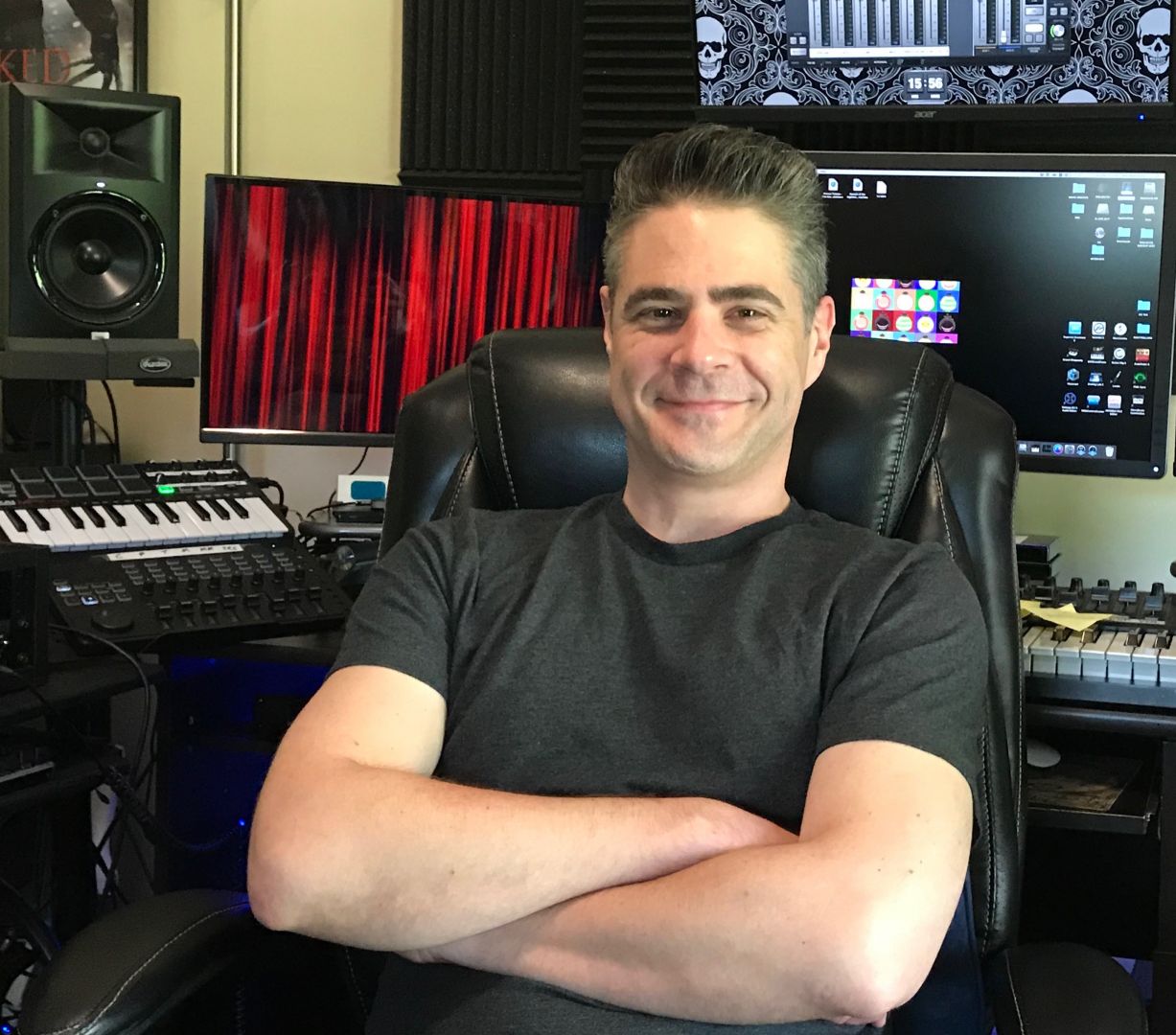 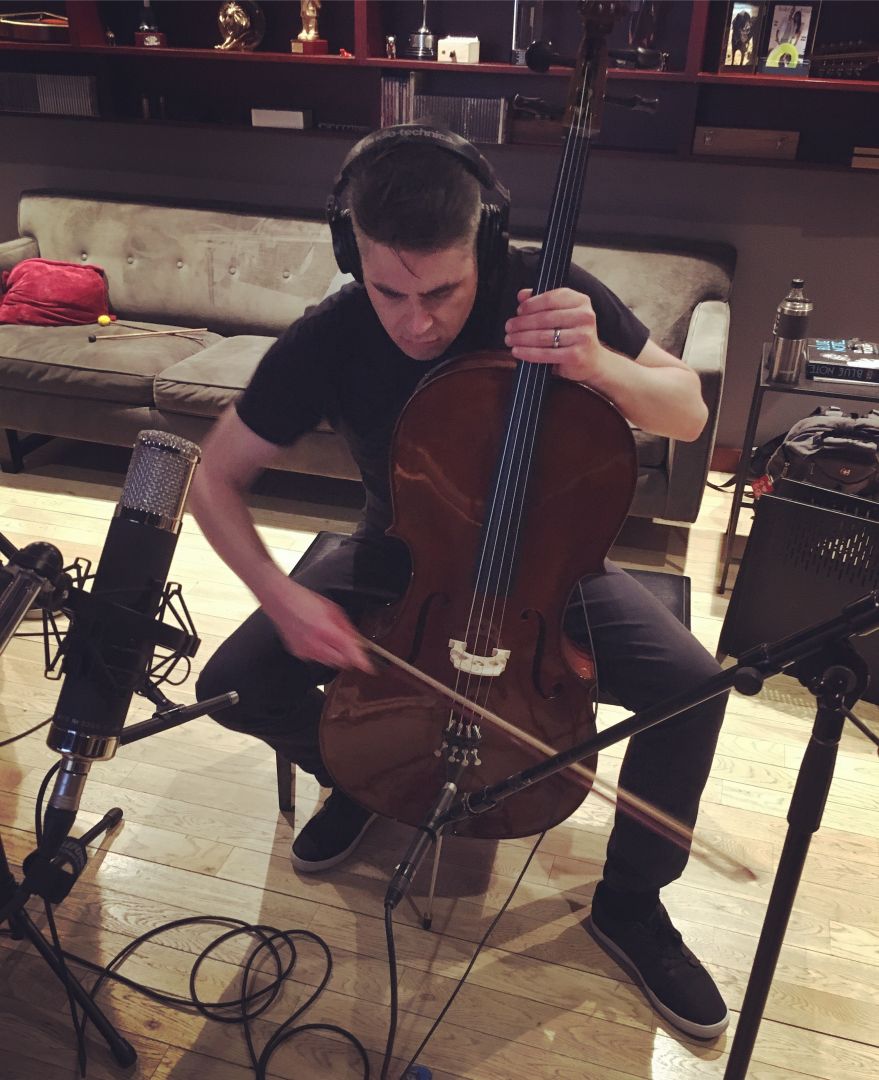 If you had a friend visiting you, what are some of the local spots you’d want to take them around to?
If somebody came to LA with no plans, I’d tell them to check out Downtown first. Terroni in DTLA is definitely my favorite restaurant. I’d say go there. Then see a movie at the Alamo. There are a lot of great places in the arts district like galleries, restaurants, and breweries. A lot of street art to check out. You could just walk around all day. Catch a concert at the Walt Disney concert hall. Hopefully, when the Coronavirus situation ends, all that stuff will come back to life. 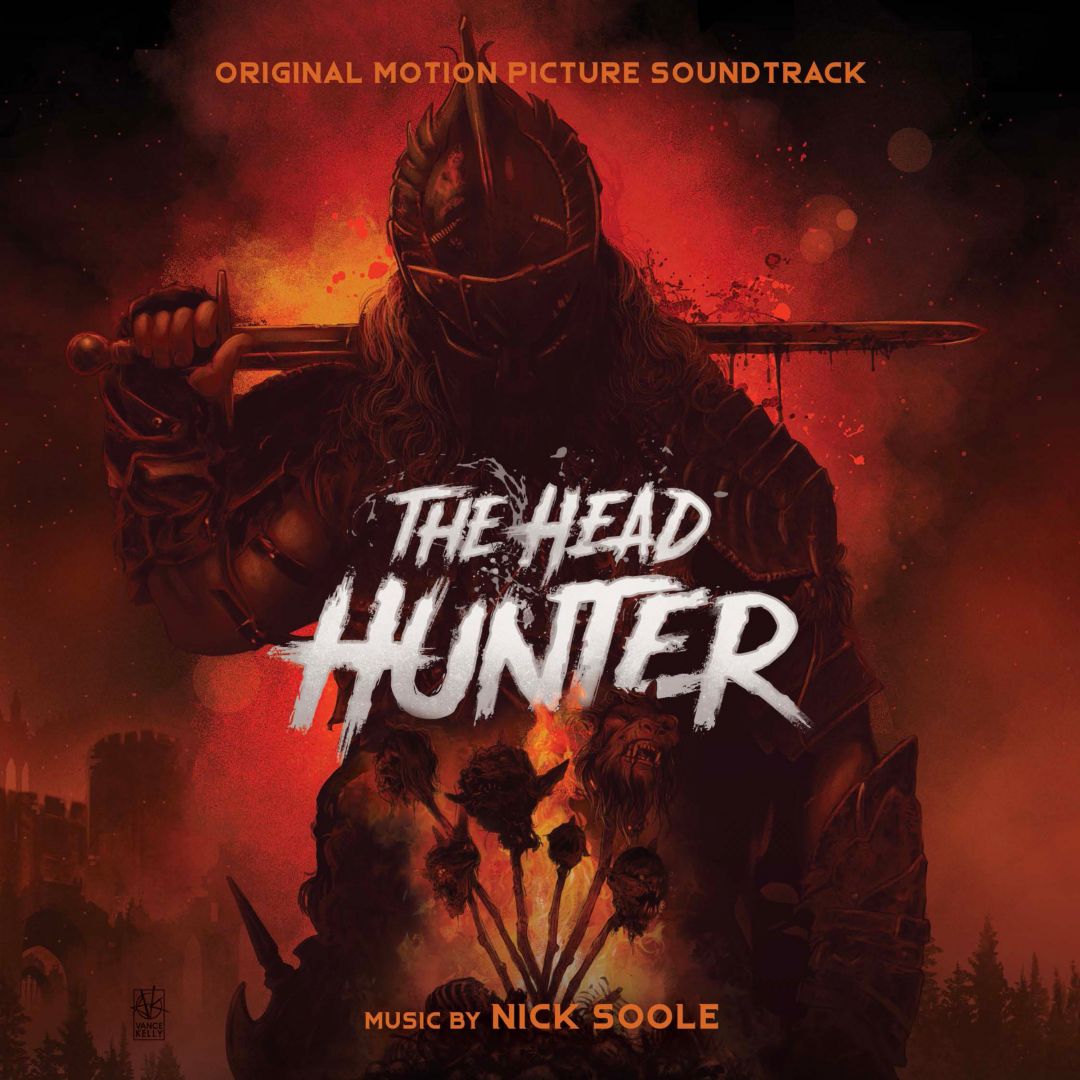 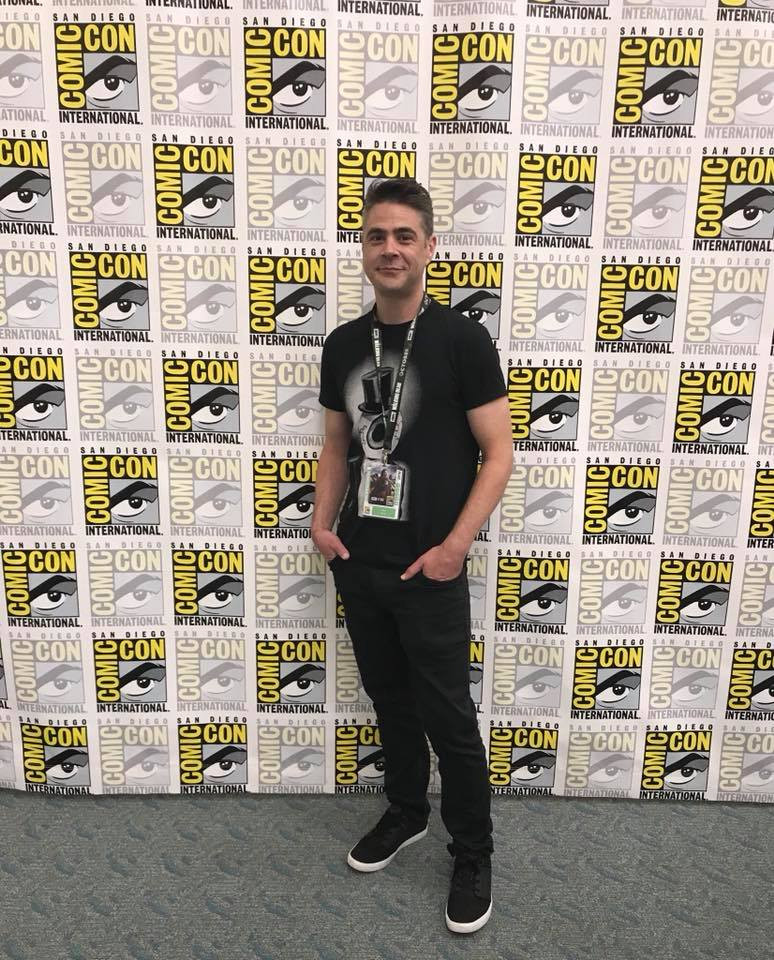 Shoutout is all about shouting out others who you feel deserve additional recognition and exposure. Who would you like to shoutout?
I’d have to dedicate my shoutout to my wife, Erin. She’s been by my side through all the ups and downs. There can be a lot of uncertainly in the life of a freelance creator and she’s been a very stabilizing force. There have been several composers who helped me when I was starting out. They gave me work, shared their knowledge, and took the time to mentor me. The composer Kevin Manthei helped me with enough work to fulfil my visa requirements at the beginning, which is a big help when you’re trying to establish a career in a new country. He’s always been there to offer insight into how to navigate this crazy industry. Another composer, H. Scott Salinas entrusted me with a lot of responsibility early on. He helped me refine many aspects of my craft, and gave me some great guidance on the business side of things.