We had the good fortune of connecting with Nicole Garcia and we’ve shared our conversation below.

Hi Nicole, is there something you can share with us that those outside of the industry might not be aware of?
How many niche jobs there are within Post Production. Blurring things like boobs and license plates, there’s someone who does that. Editing movie trailers, whole world of Post Production there. Also, how detailed we get into things that no other person would really notice. But we fix it anyway! 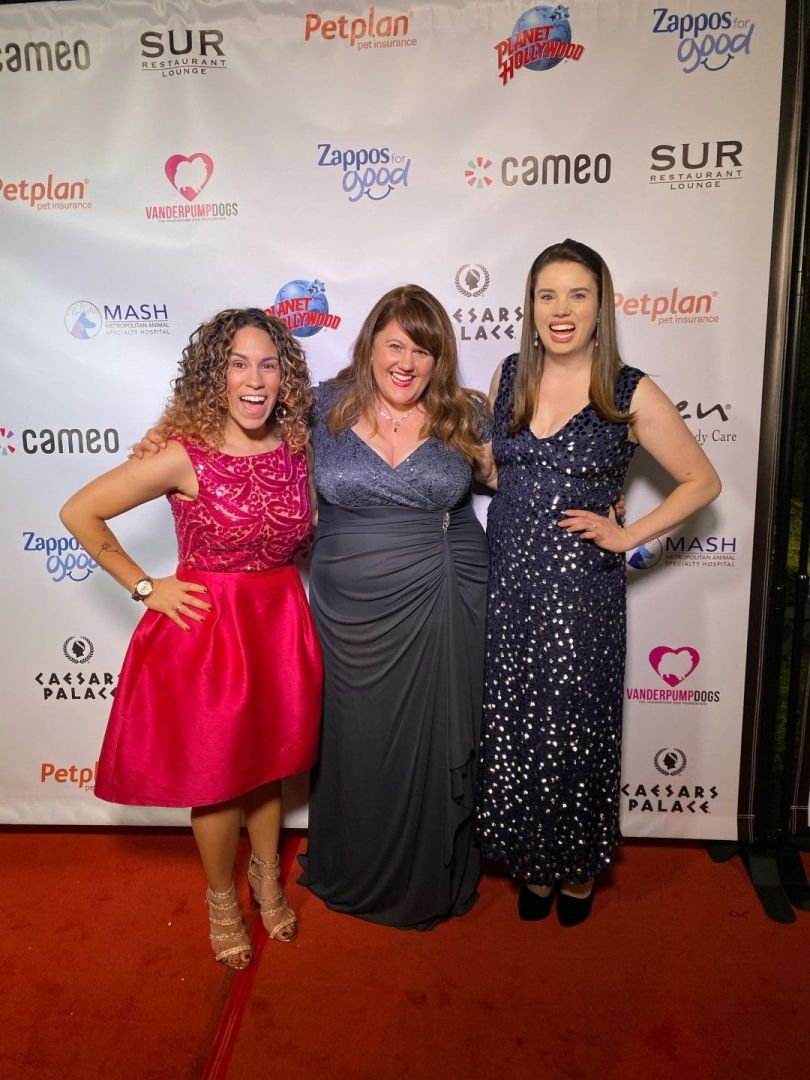 Can you open up a bit about your work and career? We’re big fans and we’d love for our community to learn more about your work.
I’m a problem solver and a fixer. My attention to detail drives my need to fix things. And as they say in the industry, “We’ll fix it in post”. And that I do! I have a rather unique path to becoming a Post Supervisor. As it’s somewhat of an admin/managerial type of job, it’s unusual to find many Post Supervisors who have been assistant editors, or really, have worked in almost every position in post. I started out as a Post Production Assistant, then I worked in a machine room patching tape decks and managing a vault (tapes, hard drives, etc.), then I learned to assistant edit, and finally, I pivoted my way into post coordinating and ta-da! Here we are today. I’ve also worked in a variety of styles of post production, which also helps round out my skillset. I’ve worked in creative marketing (movie trailers), reality TV, scripted television, and feature films. The biggest challenge I’ve dealt with is proving myself as both a woman and a person of color. I’ve often been either the only woman or the only person of color, or both. I’m currently the only woman Post Supervisor at my company and one of the few people of color in a position like mine. Negotiating rates has also been a challenge, for the reasons just described. But I’ve learned to know when to walk away and I’ve learned to really know what my skills are worth. Like I’ve said, my career path has been unusual, but that’s also what leverages me above other people. While my career has had its challenges as a woman of color, it’s also opened my eyes to understanding how much further we have to go to truly diversify our industry. These last few months have shined a light on that and I’m striving to push for more diversity, especially in Post Production. A lot of that has to do with accessibility, and early, starting with schooling. Thanks to Mrs. Whitus, I had that access. I’m working to help other students like me have the same access. Help those who follow you. That’s something my parents always instilled in me. 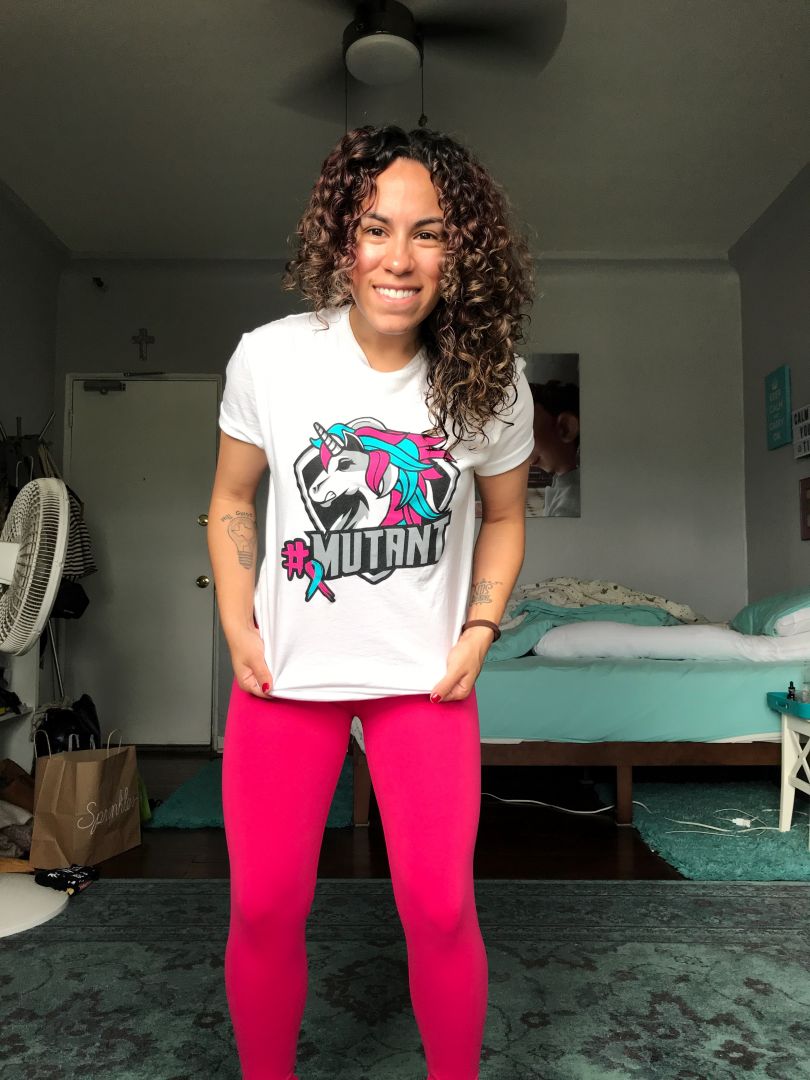 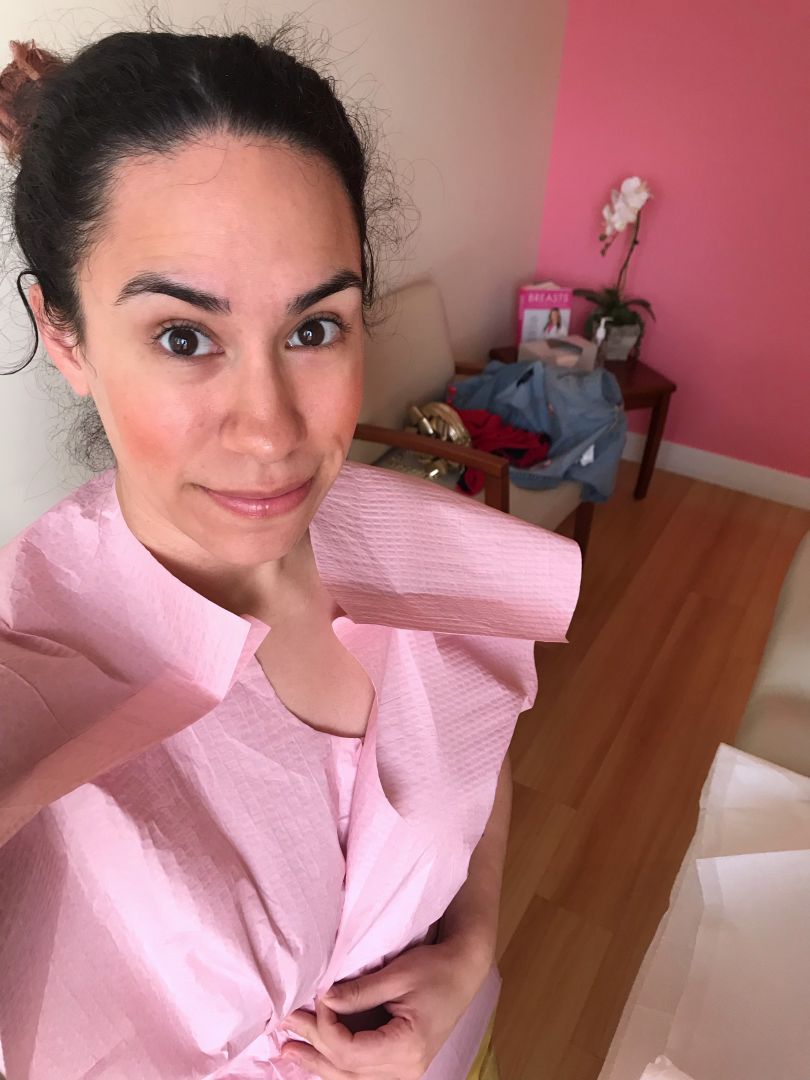 Any places to eat or things to do that you can share with our readers? If they have a friend visiting town, what are some spots they could take them to?
Ooh, where to begin… I’ll set the scene for this being in the spring or during the summer. First stop, hiking. I’m a fan of Fryman Canyon, but Griffith Park has some great trails, too. Follow up hiking with brunch (duh). One of my fave spots is Square One in East Hollywood, which is right around the corner from where I live (dangerous, but awesome). After brunch, head on over to Highland Park to check out some local shops. Big Bud Press has awesome jumpsuits. Pick up some plants from Leaf & Spine. Maybe grab some donuts from Donut Friend. We’re doing the rounds, y’all! Finally, probably close that out with a Dodger game. Dodger dogs, a cold beer, and some World Series winning baseball! That’s just one day, haha Also during this week, definitely checking out a movie at Cinespia. Every time I describe this to people outside of L.A. they get weirded out that it’s in a cemetery, but that’s what makes it fun! And it’s a whole day’s event, really. Do a little Trader Joe’s run and pack a picnic basket, then grab some friends and go watch a movie. Bonus points for getting a Little Caesar’s pizza while waiting in line. What else… DEFINITELY Griffith Observatory. But not on a Monday, because they’re closed. It’s probably one of my favorite spots in all of L.A. and I’m lucky enough to have a window view of it from my apartment. I could go on forever, there’s so much to do! 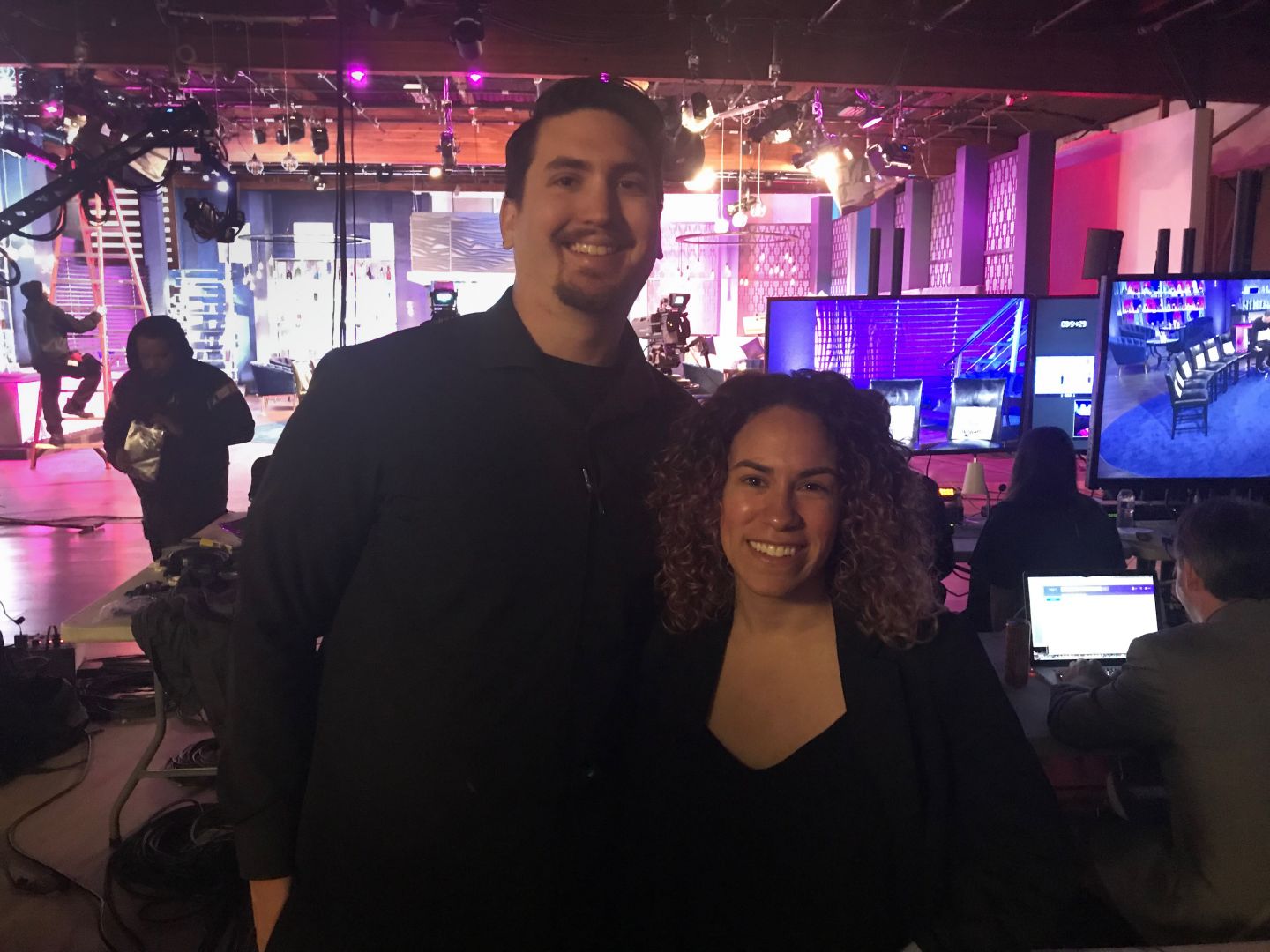 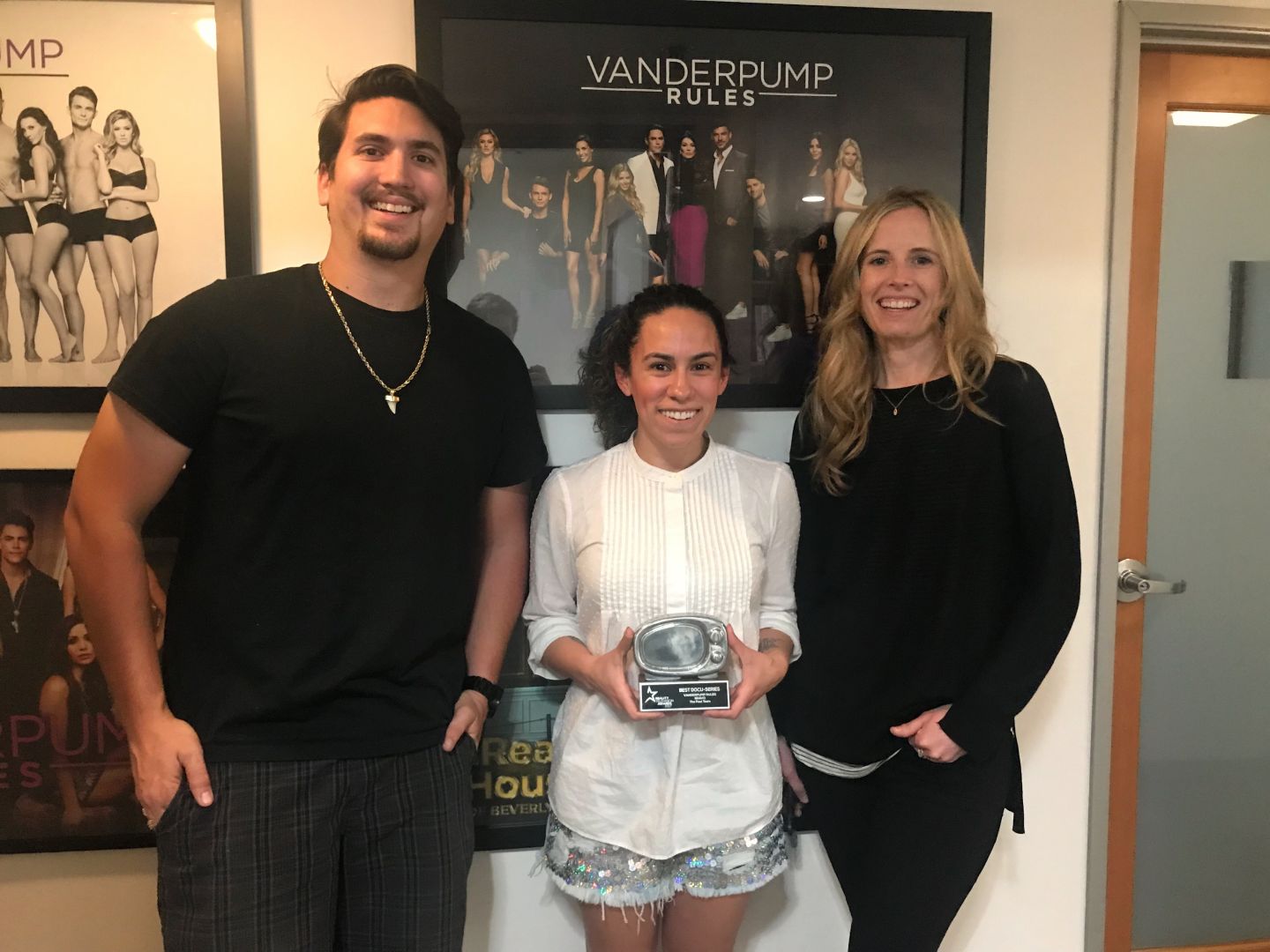 Shoutout is all about shouting out others who you feel deserve additional recognition and exposure. Who would you like to shoutout?
I owe A LOT to my high school Video Tech teacher, Heidi Whitus. She is, in a way, the catalyst to everything that followed. She instilled in me my love of film by way of our film club (Harold and Maude is a gem!) and I had my first encounter with editing when we did our recruitment video for our school. To learn Final Cut Pro at 16 was unheard of for someone like me, and in many ways, still is. Mrs. Whitus helped me gain access to a world I didn’t know existed and I’m forever grateful for that. Funny enough, I’m now presenting to her students about post production. Full circle! Personally, I also want to shoutout The Breasties. They are a non-profit that helps people with breast and gynecological cancers. I inherited the BRCA-1 genetic mutation from my father, which led to my having a preventive mastectomy and navigating life as a previvor (someone who is high risk for cancer due to genetic mutation, but hasn’t had cancer). Dealing with such heavy health-related issues, while still working, was difficult, but thankfully, I had the Breasties community to lean on. It’s also encouraged me to advocate for women’s health, especially for the BIPOC community.