We had the good fortune of connecting with Nikhil Korula and we’ve shared our conversation below.

Hi Nikhil, we’d love to hear about how you approach risk and risk-taking
Everything with my career in music has been about risk. I risked choosing a path that was completely unknown when writing songs and starting my band versus a career in classical music (opera) which more or less has steps you have to reach within certain programs at various opera houses. I risked everything by investing in my own albums and starting my own record label and management company versus signing with a major label, manager and/or agent. I risked being successful by playing music that isn’t necessarily considered “pop” or “Top 10” because my heart wanted more than what I was hearing on the radio which still guides me to this day. Everything in my life has been about this simple concept: Is the juice worth the squeeze? If the answer is yes, then that is the road I chose. I wanted to not have a record label tell me how to write songs or be “hip” to find a following. I wanted to create the most intellectual, passionate and accessible music around and to this day, I still would put any of my albums against anyone else’s song to song. On my albums, you will hear songs styles from around the world that include Africa, Brazil, Jamaica, but combined with rock, funk, soul, R&B and more sounds from the United States. You will hear songs in different time signatures from 7/4, 5/8, 6/8 and even 2 time signatures at once especially when playing African grooves (4/4 against 6/8 is a signature in African music). I risked being able to be put in a box with the band’s “look” because what really has always mattered to me is how everyone in the band plays and plays together. Over the years, this has meant a combination of musicians of all colors working together to play my music. I’ve had a Palestinian saxophonist playing next to a Jewish harmonica player who both worked on playing parts in harmony with each other, African Americans, “white” musicians and more, ALL creating something beautiful together with these songs. All that matters to me is taking risks because with big risks come big rewards. 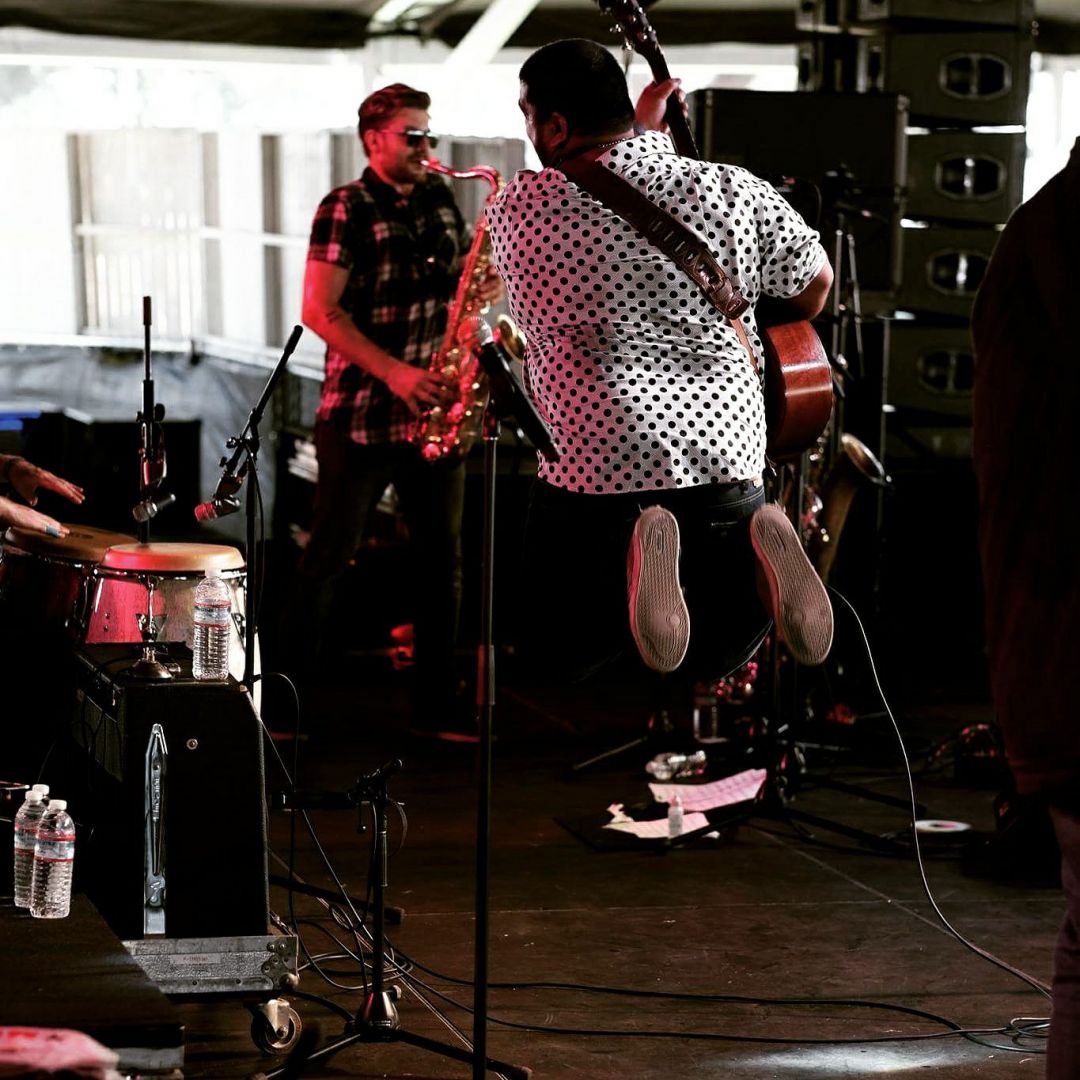 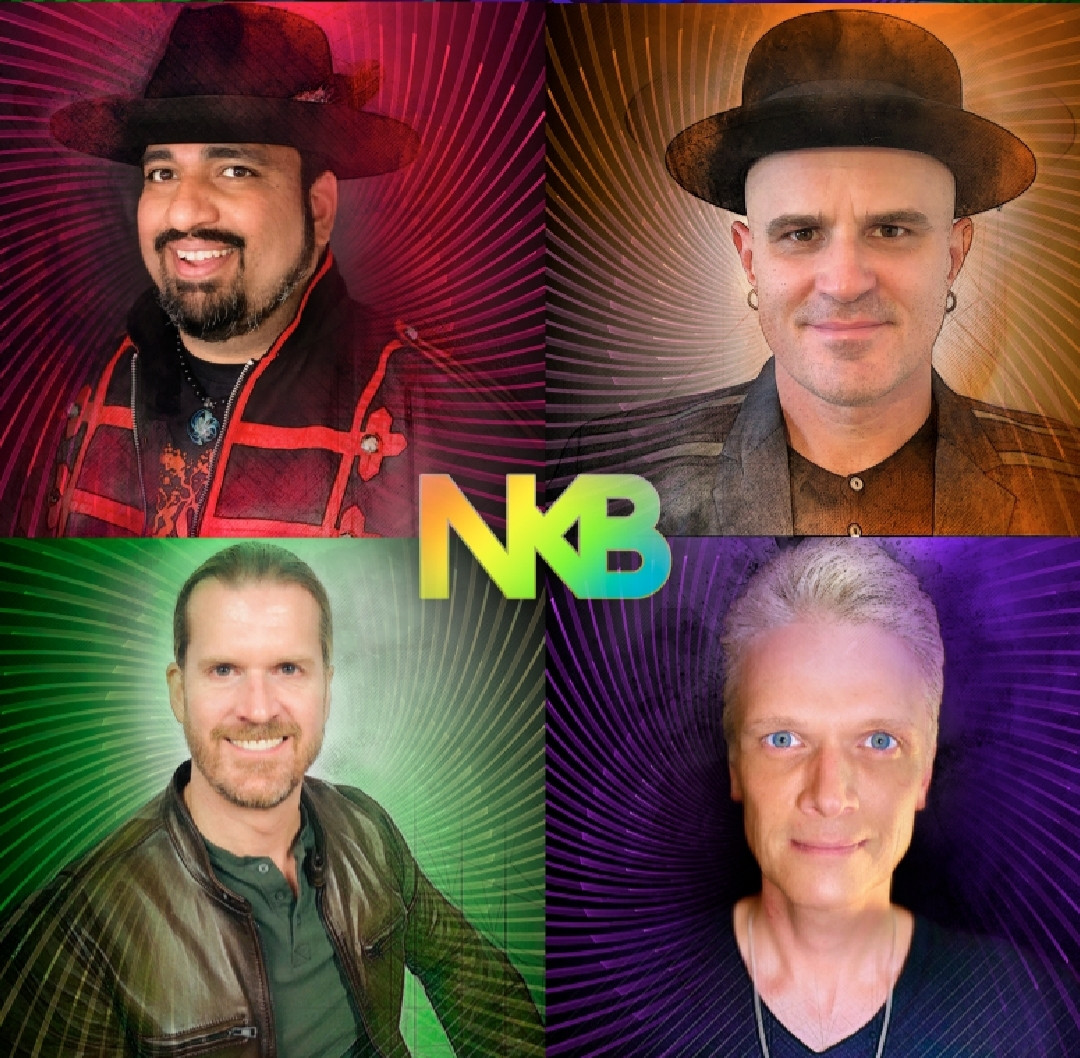 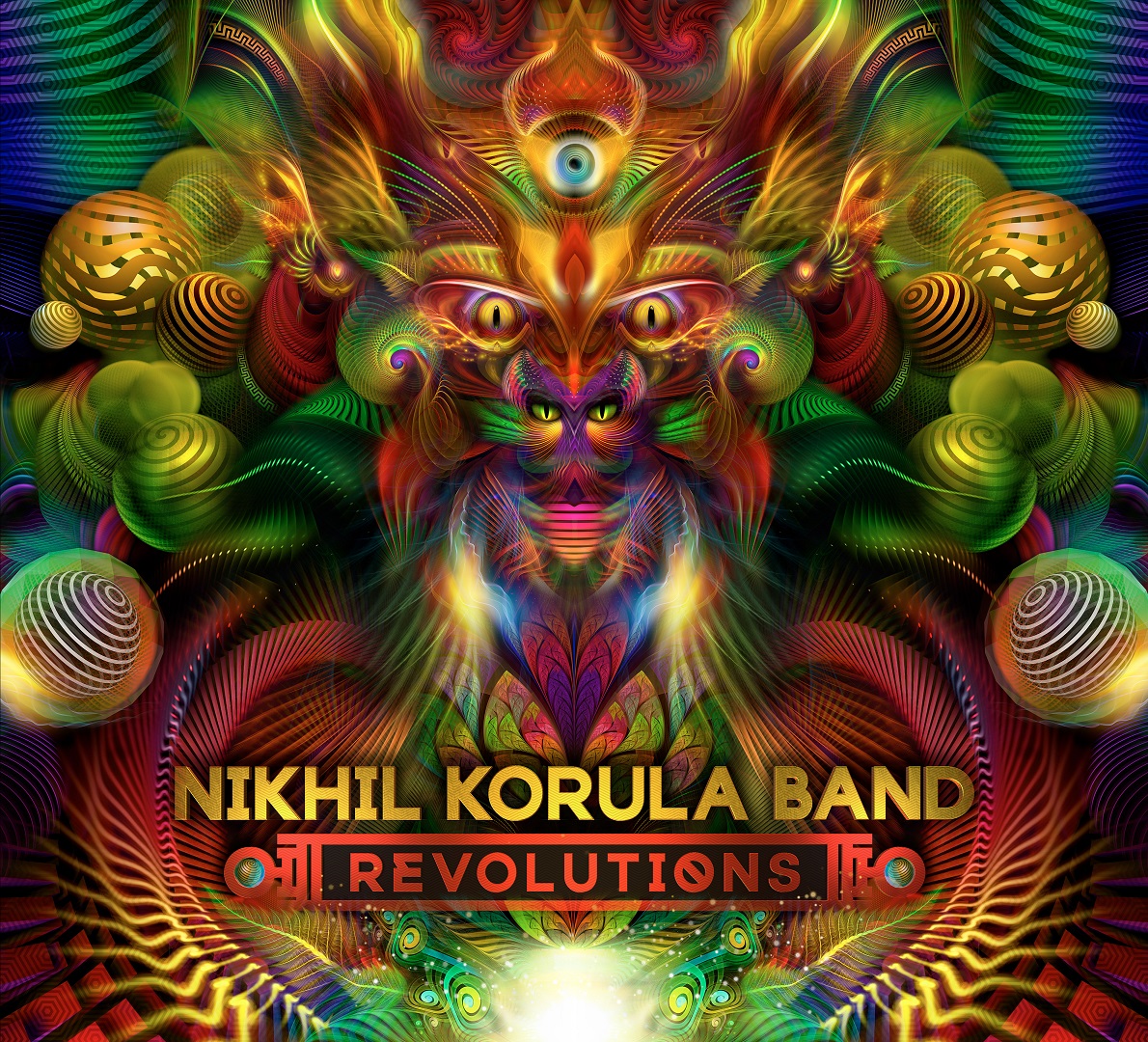 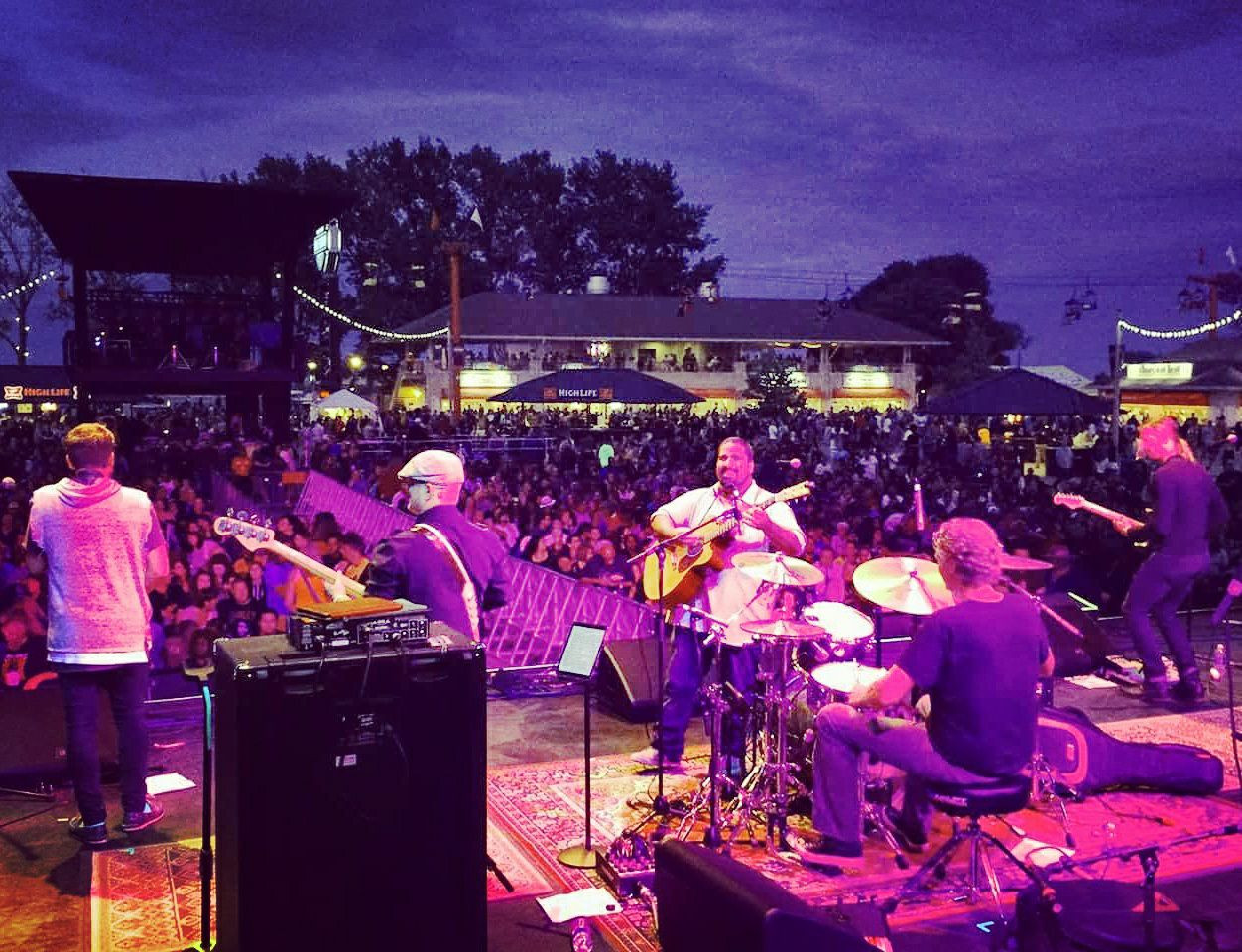 Let’s talk shop? Tell us more about your career, what can you share with our community?
I am a singer songwriter from Arcadia, California who resides in Los Angeles and works with some of the best musicians, engineers and more in some of the best studios around to bring music to the world. What sets me apart from others is I play world music, reggae, funk, rock, blues and write all my own songs, produce all my own albums, play guitar and piano and have been lucky enough to create albums on analog tape and various digital formats with computers. I’ve never had an agent or manager or record label and now, I do ALL of those jobs myself. I’ve had to learn this business on my own and learned to build my fanbase by myself without the help of a promotional company, label, etc. It’s been the most rewarding experience to tell you the truth. There isn’t one part of the industry I haven’t had my hands in which has allowed me to keep my business acumen as strong as my musical and creative strengths. I am always working on getting better at my craft, whether that means learning to solo on my instruments or use gear in a way that people may not fully embrace. I always look forward to learning more in this industry and working with even more of my heroes. I am most excited about creating music with some of the most incredible artists I know, artists I dreamed of teaming up with when I was a music student at USC. I am super proud of the Grammy certificate I received a few years ago when I wrote the opening track (a song called “Start It Up”) with my songwriting team, The Element, for Ziggy Marley’s Grammy winning album, but I am just as proud of every album I have been able to produce and create, 8 in total (THE FREEDOM EP, THE WAY THINGS WORK, ACOUSTIC B-SIDES & RARITIES, LIVE VIBES, MUSIC OF THE NEW DAY, SOLO SESSIONS, A DECADE IN THE SUN, REVOLUTIONS). All of these albums tell my story. I remember working with Butch Taylor and Jeff Coffin, members of the Dave Matthews Band, and pinching myself during the process because Dave Matthews Band was one of the reasons I wanted to start a band. When we opened for them in 2007, that was also a very surreal moment. Since then, NK Band has played shows in front of over 10,000+ people and have played some of the biggest music festivals like Bonnaroo, Summerfest, Arroyo Seco and more. Was it easy? No, but every wrung on the ladder I reached made all the time invested worth it. There are times I am up at 6am (like right now) working on practicing or promotion and that’s what it takes to reach success. The truth is I LOVE it all. Seeing how this band started in a small room of 40 fans and now, we play to thousands is truly the most remarkable concept. Nothing makes me practice or write more music than knowing this band has the opportunity to reach people. This will never stop inspiring me. The most important lesson I’ve learned along the way is to always trust your instincts and believe in what you love because nothing feels better than making music you truly put your heart in and knowing it is embraced.

If you had a friend visiting you, what are some of the local spots you’d want to take them around to?
This question hits home because I lost my best friend, Sean Healy, almost 4 years ago. Nothing would make me happier than having him visit me and to show him one last best time to cherish. Sean and I traveled all over Europe once we graduated college and we also lived together for a year so we have literally have painted the town red all over the world, but as I sit here now and think about this question, I know my answer would be different than the times we had in the past. During the pandemic, the beach has become my place of zen so I would start the day bodyboarding in Newport Beach with Sean and meet up with some friends (like John or Dave) to horse around and play the fool. We would then meet up with more friends at a bar/restaurant to grab lunch (with Mike, Matt, Robbie, Steve, AJ, Josh, Lu and more) to grub something awesome and then maybe take a bike ride on the boardwalk like we do in his honor. Without a doubt, the next thing we would do would be to go to a concert. Sean always knew how much I loved concerts and unfortunately, we only went to a few together, but a concert would definitely be the call. Before the concert, though, I would love to have a giant get together with all of our significant others, extended friends and our families in attendance to really make the night full of laughter and love and barbeque because Sean always loved to grill out. Then it would be off to the concert we go. And which concert? Probably Toots & The Maytals and Dave Matthews Band together on a bill because they were the 2 concerts we attended together when he was alive. Cookies & ice cream to close out the night before we all head home would be the perfect ending. 🙂 Thanks for this question. I needed that. 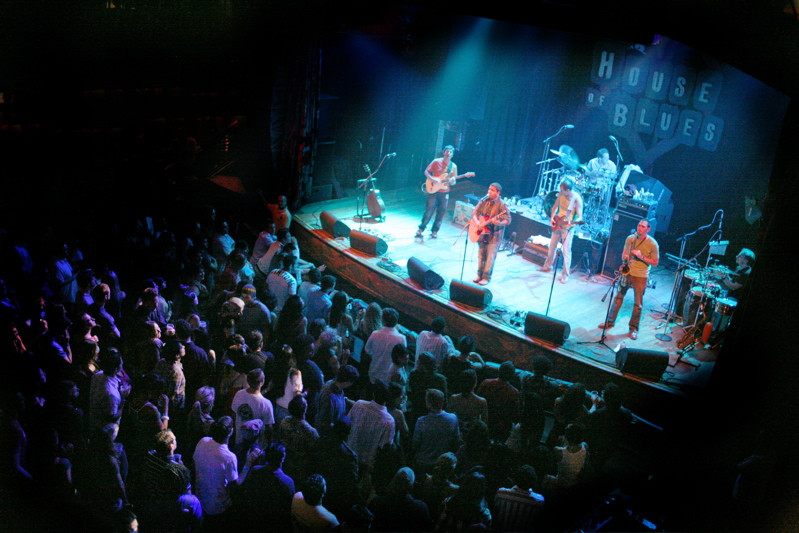 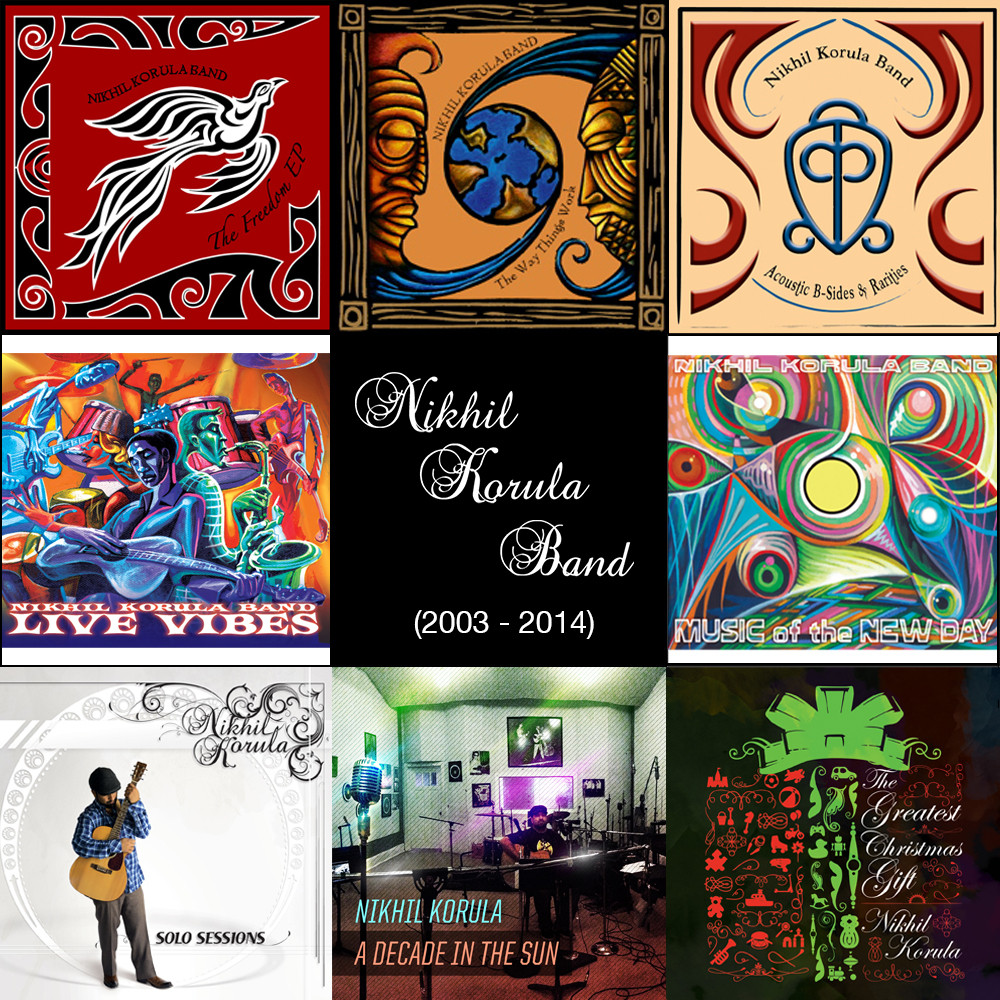 Shoutout is all about shouting out others who you feel deserve additional recognition and exposure. Who would you like to shoutout?
Without a doubt, there are 3 people in my life that I wouldn’t have been able to do this without: my father, my mother and my brother. My family was first shocked when I told them I wanted to be in a band when I was a classical voice student studying at USC Thornton School of Music. I almost dropped out of college to pursue my dream, but they all told me to finish what I started, then work on whatever I wanted in music. This taught me so much. Finish what you start. Their work ethic has influenced me a great deal whenever I start writing a song or working on an album. Once I graduated from USC, I remember them handing me my college degree in the mail, I handed it right back to them and said this is for you, now I get to work on what I want to do. They were in full support. I remember the first acoustic set that I played, I actually was embarassed at where I was playing (The Crooked Bar in the Coconut Teazer on Sunset Blvd which is no longer there) and asked them not to come because they were used to seeing me perform in incredible theaters like the Dorothy Chandler Pavillion and various churches/venues with the most incredible acoustics. Once they missed that first show, they told me that was never going to happen again and to this day, they still come to my performances. They have been to more clubs and venues than even my friends have. The most amazing part is now they have seen me play at huge festivals like Arroyo Seco and headlining venues like the House of Blues. I remember the first time my dad saw 750 people attend our first House of Blues show (which happened to be our 10th gig) and he came downstairs and gave me a big hug and said. “this is truly what you need to do with your life.” I smiled and said, “I know.” I was so happy they saw the same vision then and have completely helped me figure out how to start my own record label, management, publishing company and been there helping me to help spread this music to so many. For my latest album, people have been listening to it from India, Australia, Portugal, Canada, United Kingdom, Italy, Sweden and more which is just the most incredible feeling. When people tell me how much this music affects them, I always think of how my family is so much a part of my journey.