We had the good fortune of connecting with Noah Ginex and we’ve shared our conversation below.

Hi Noah, can you share a quote or affirmation with us?
A couple different ones spring to mind. I was complaining to a close friend about having to do a daunting task, and I said, “Once I get onstage and I’m doing the show, I’m fine. I can do that. It’s everything leading up to the show, the planning, the scheduling, the travel and everything, that makes me want to throw up.” and she said, “That’s fine. You can throw up. Then still do the thing.” And that has stayed with me all this time. Have your reaction to something, once that’s over, still do the thing.

In his interview of the cast of The Simpsons, James Lipton asked his typical Proustian questions at the end of the show. Asking Dan Castellaneta what he wants St. Peter to say at the gates of Heaven, Dan responded, “What were you so worried about?”

Honestly, most of my favorite inspirational quotes are rooted in anxiety. My wife likes to posit, “What’s the worst that can happen? If you do this, then what? Then what? Then what?” and on and on until I’ve sussed out the likely path of anything that could go wrong. Another one is, and I don’t remember who said it, “You are looking at this much closer than anyone else ever will.”

When someone once asked Jim Henson what he thought about the advent of oncoming advancements in special effects and computers, Jim (as Rowlf The Dog) said, “Technology will never fully replace art.” And I think about that a lot. And it makes me feel better. 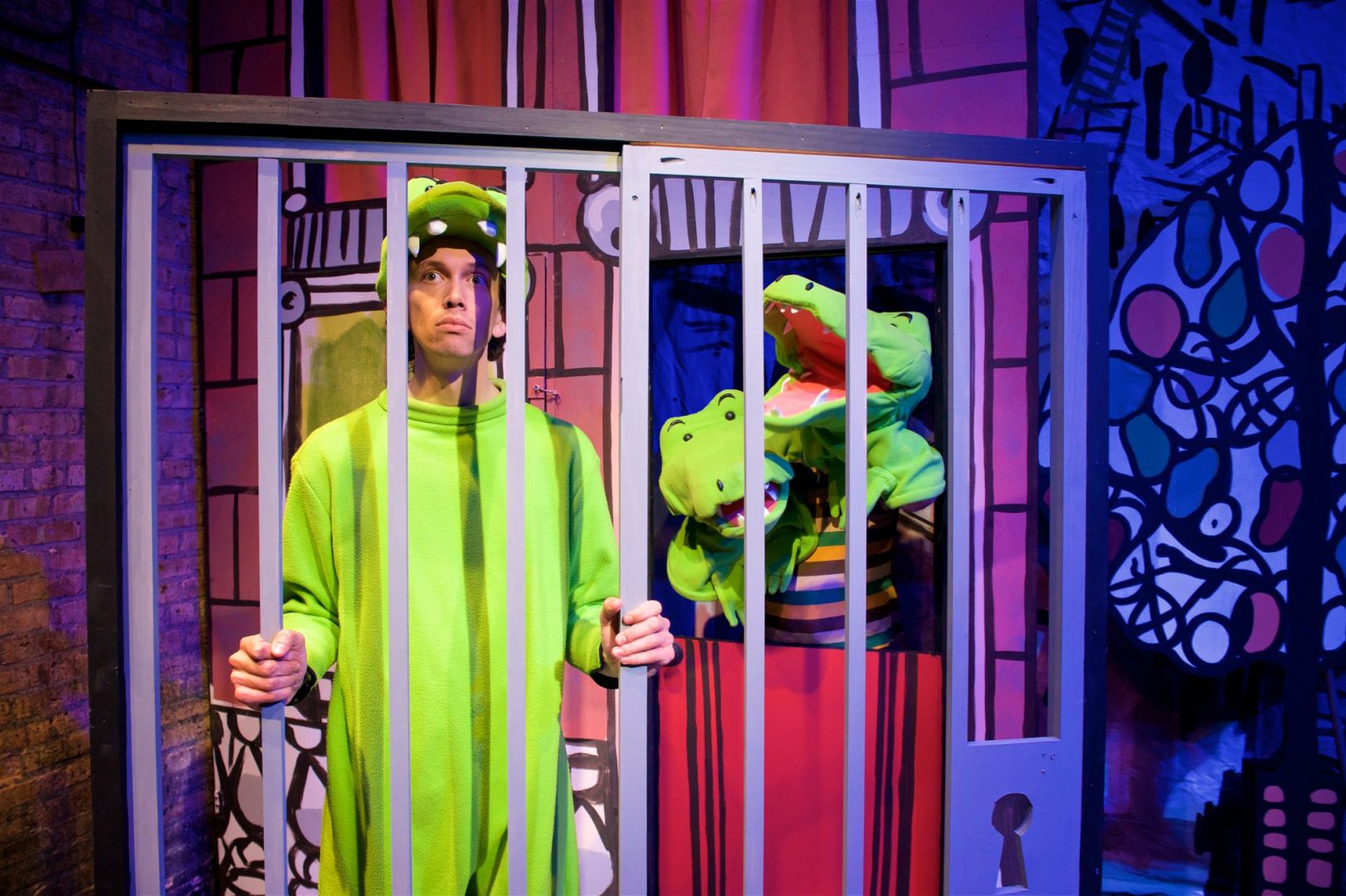 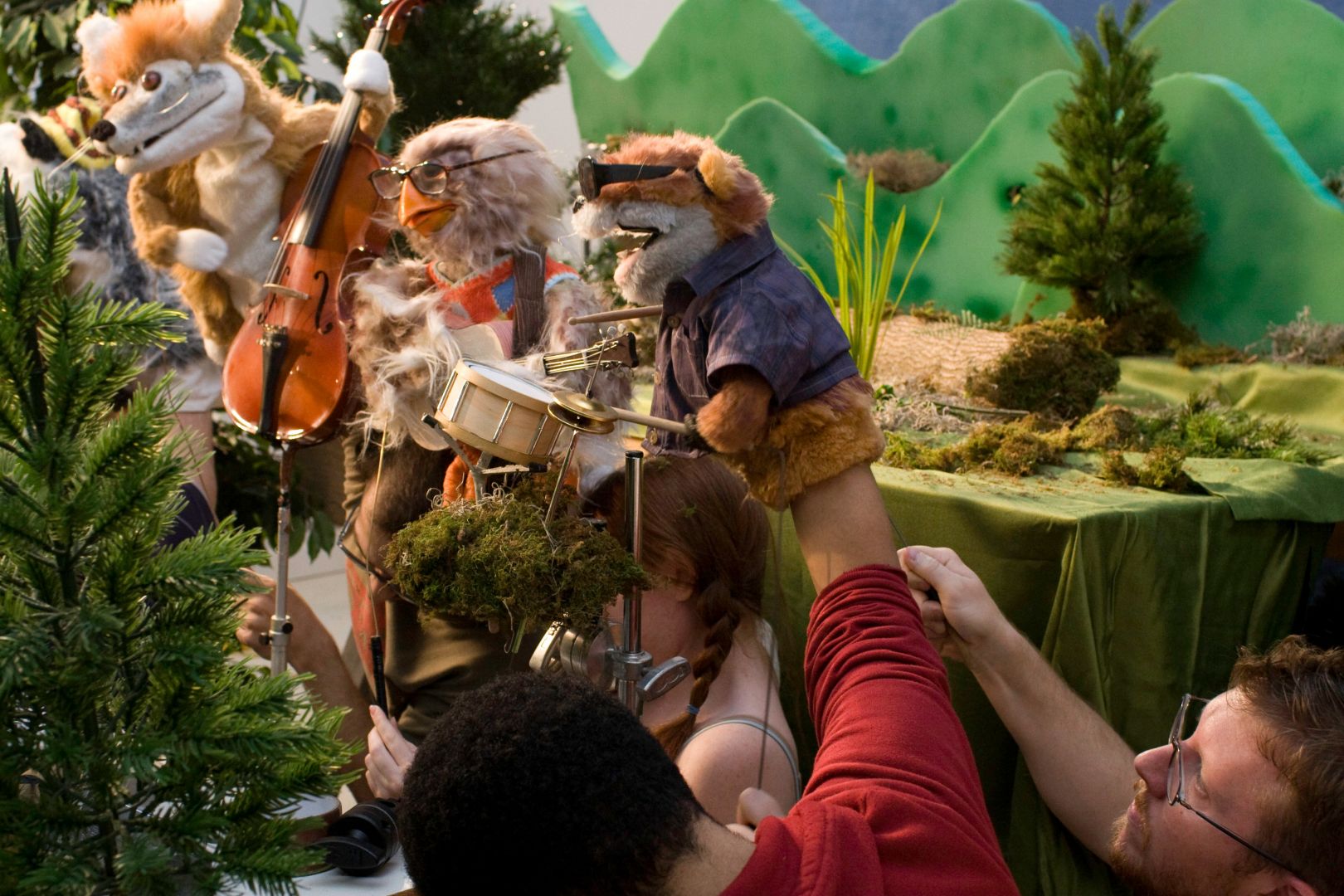 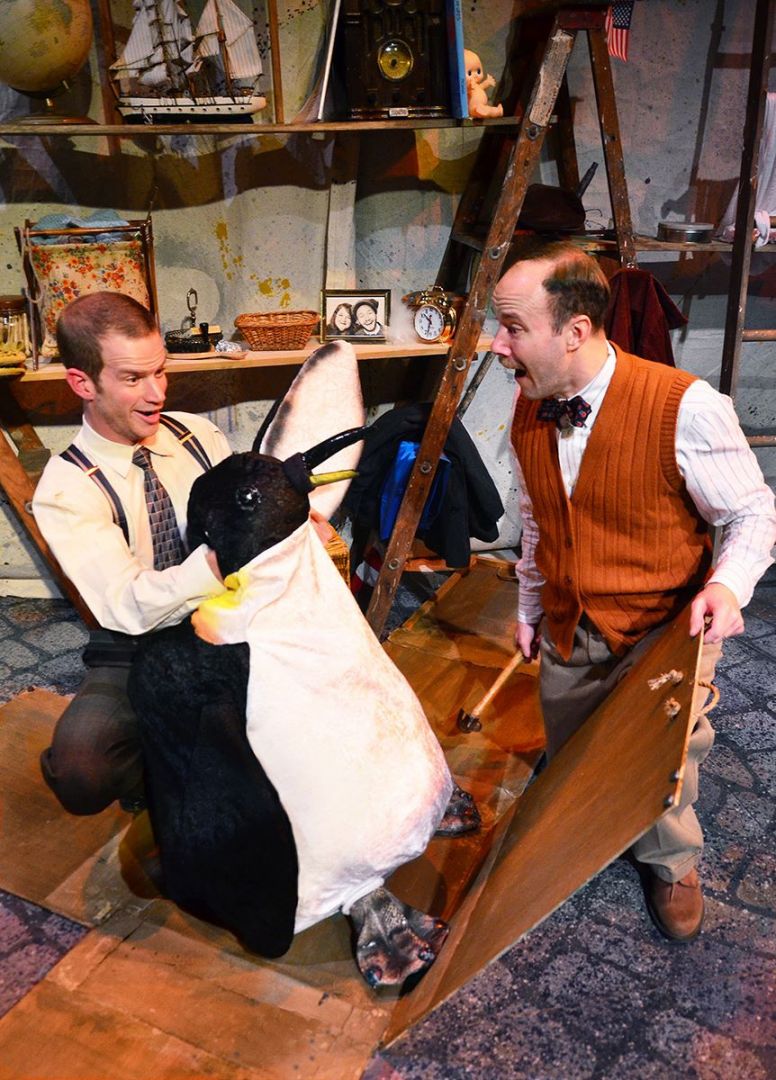 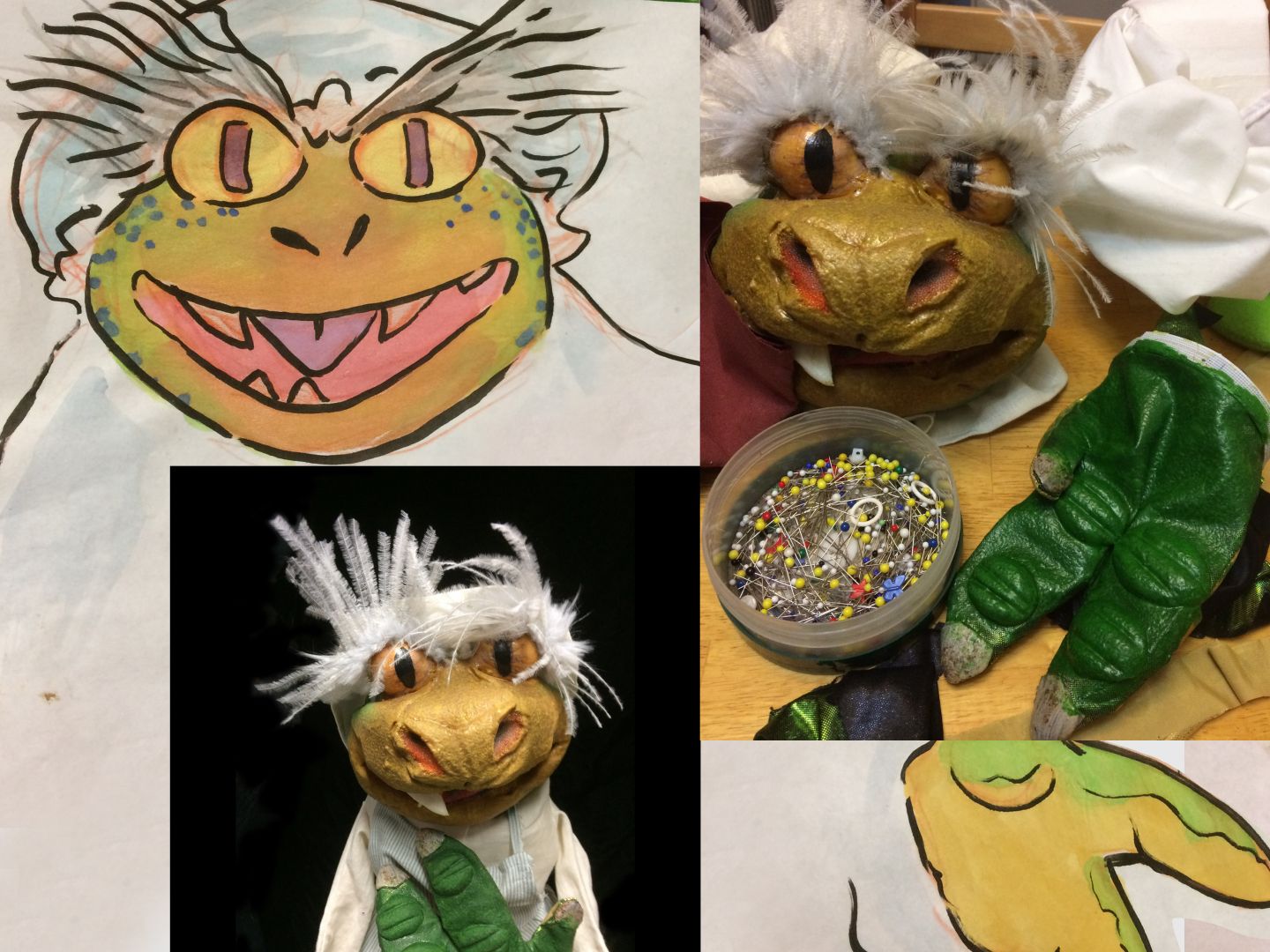 Alright, so let’s move onto what keeps you busy professionally?
I am a puppet builder and puppeteer, and more generally an artist of all different disciplines, in Chicago. More specifically, I almost exclusively work in the hand/rod style of puppetry popularized by Jim Henson and the Muppets. I started building puppets and doing little shows at the birthday parties of kids I would babysit, when I was in highschool. Once my brother and I got a video camera, I began filming little puppet bits with a friend in my garage. When you perform puppets in this style, you have to hook a tv up to the camera so you can watch your performance as you do it, and because the image on the screen is reverse to what you’re doing physically, it takes a long time to get used to that. We spent many hours in that garage, and I spent many years practicing this. I sent one of those videos to the Jim Henson Company, and once I was 18, they invited me to a 3-day workshop they were holding in New York City, where I soaked up as much learning as was possible in such short at time. Getting to work with actual Muppets and learn from actual Muppet performers was an invaluable experience I will never forget.

Once I joined up with my theater company, I kept building for more and more shows and clients as my professional circle grew wider. Living in Chicago however, working in the specific style I do, it’s not easy to find work, so I also do many other things like illustration and sound design and songwriting and pretty much any artistic endeavor people will hire me for.

In 2008, I discovered the Barenaked Ladies were producing a kids album, and on the encouragement of friends, I emailed their management team to see what the possibility of a collaboration would be. Again, employing the addage, “What’s the worst that could happen?” Their manager emailed back and we started a discussion that culminated in the production of the video Pollywog In A Bog, a fuzzy forest creature filled vignette about the life-cycle of a frog.

Since that video, I have continued building and performing around Chicago and across the country, and picked up friends and contacts and amazing experiences with every subsquent project. Sometimes things take a long time to gestate and there’s lots of planning time, and sometimes, things happen spur of the moment or when I think i’m going to have several months of no work.

None of it was easy. One of the hardest things about puppet building is very often clients don’t understand the time it takes to make something from absolutely nothing. And even when they DO understand, They too are on a time crunch and they say “i know it’s impossible to do this, but…” For instance, we got lucky on the Pollywog video, I had no other life at the time, I was single, with no other work, so for the two and a half months between the management saying GO and the video dropping, I barely slept and the rest of the time was spent building. And many people helped. Family members were stitching puppets and knitting little hats. Friends came into town to work on the video and the night before were finishing building with me into the wee hours of the morning. I didn’t sleep for about 60 hours straight, as we shot for 20 solid hours on borrowed time and endurance from amazing artists who never got enough credit. And I think I maybe took a day or two off, and went right back in to editing and compositing. It was hard grueling work. But the outcome was amazing. That’s what mattered in the end. The thrill of knowing something is going to work has to be greater than the insane schedule you set out for yourself.

The lessons I’ve learned along the way are, Kindness begets kindness, You will always be your harshest critic, and if you leave yourself open to people, your career and your life can be like a snowball rolling down a hill. You just collect more and more wonderful people along the way.

If you had a friend visiting you, what are some of the local spots you’d want to take them around to?
Chicago is such an amazing city. Because it has so many different type of experiences. I would want to find out what they love to do most. But my favorite things to do are to drive, and eat, and talk. I would want to take them to the Art Institute, definitely. Supposing COVID wasn’t a factor, I would take them to the Green Mill maybe, or to the Hideout. Or a concert at Ravinia or Millenium Park. Or, if it was wintertime, Ice Skating in Millennium Park. I’d take a drive up Sheridan Road past the Baháʼí Temple, down underneath the city on Lower Wacker Drive, down Lake Shore Drive to Hyde Park or up over the Skyway to see the industrial plants. I grew up loving the Cubs, but that’s a different experience now than it was when I was a kid, so I would take them to a Chicago Dogs game out in Rosemont. If they insisted on getting deep dish pizza, I would take them to Lou Malnati’s. But I’d rather take them to Byron’s for hot dogs, or to any number of Vietnamese places on Argyle for Pho or bahn mi sandwiches. The best breakfast in Chicago, in my opinion, is the lox platter and a bloody mary at Tweet Let’s Eat on Sheridan. There are so many places and things to do I’m leaving out, I’m sure. I’ve lived in Chicago 41 years and I’ve yet to see parts of it. 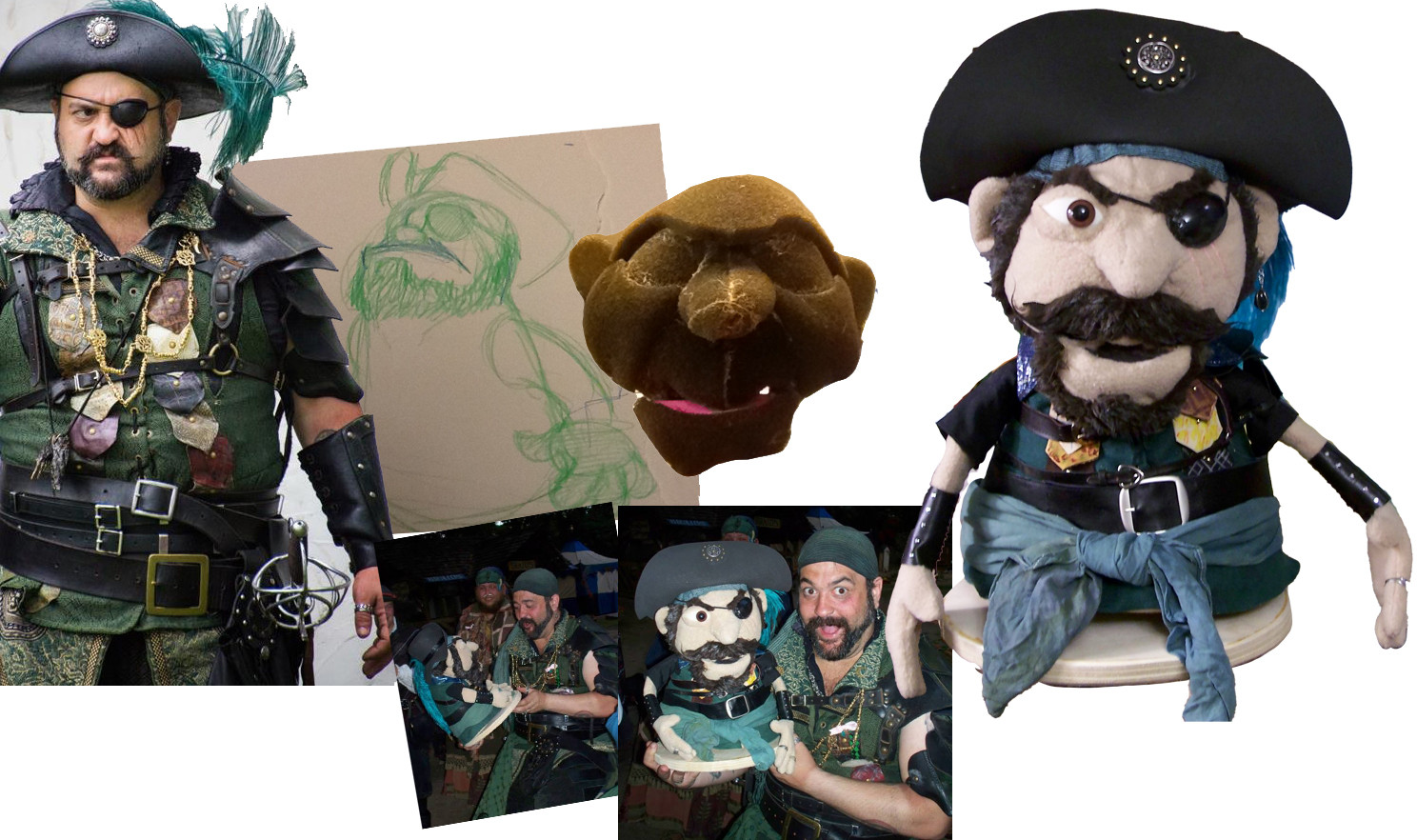 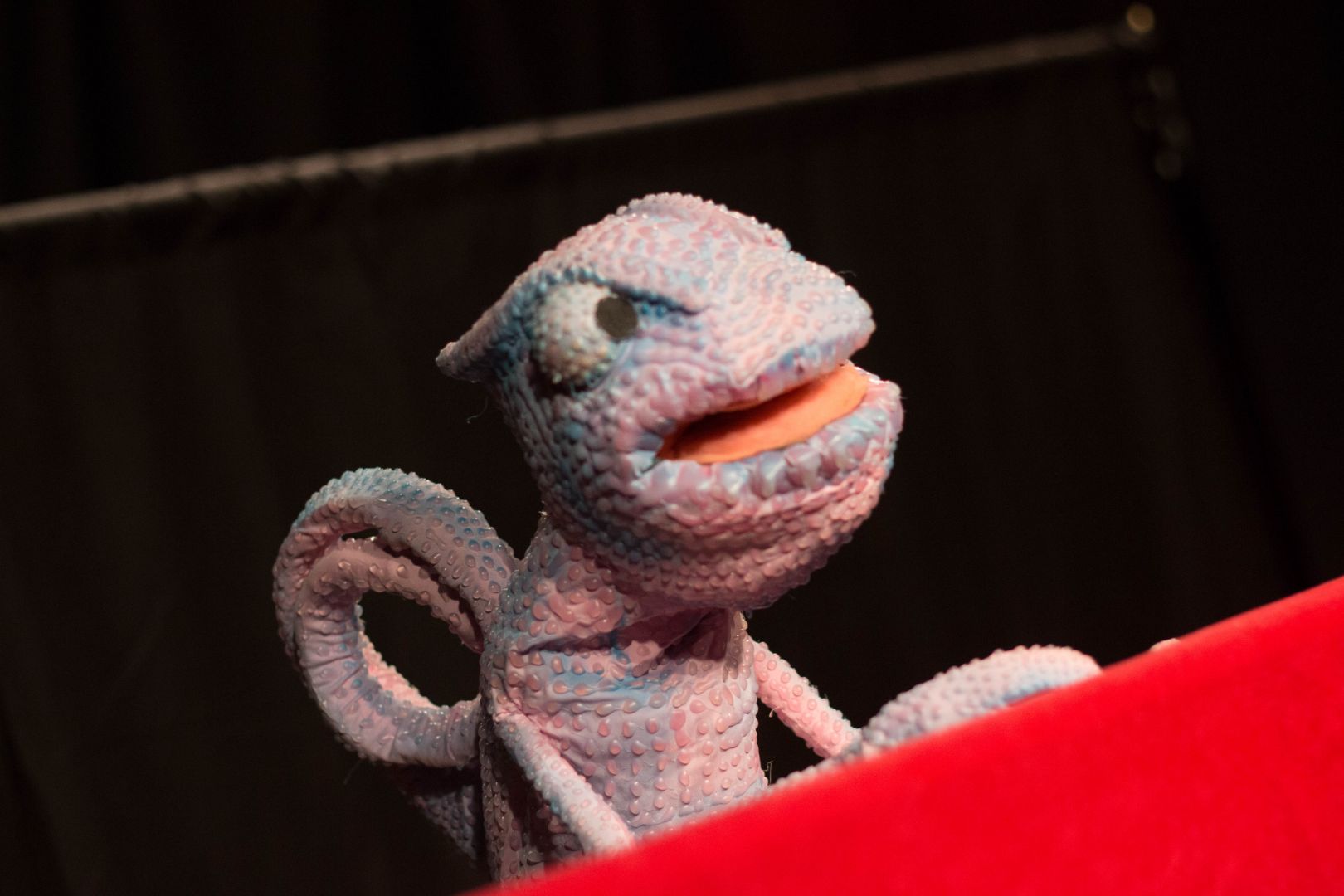 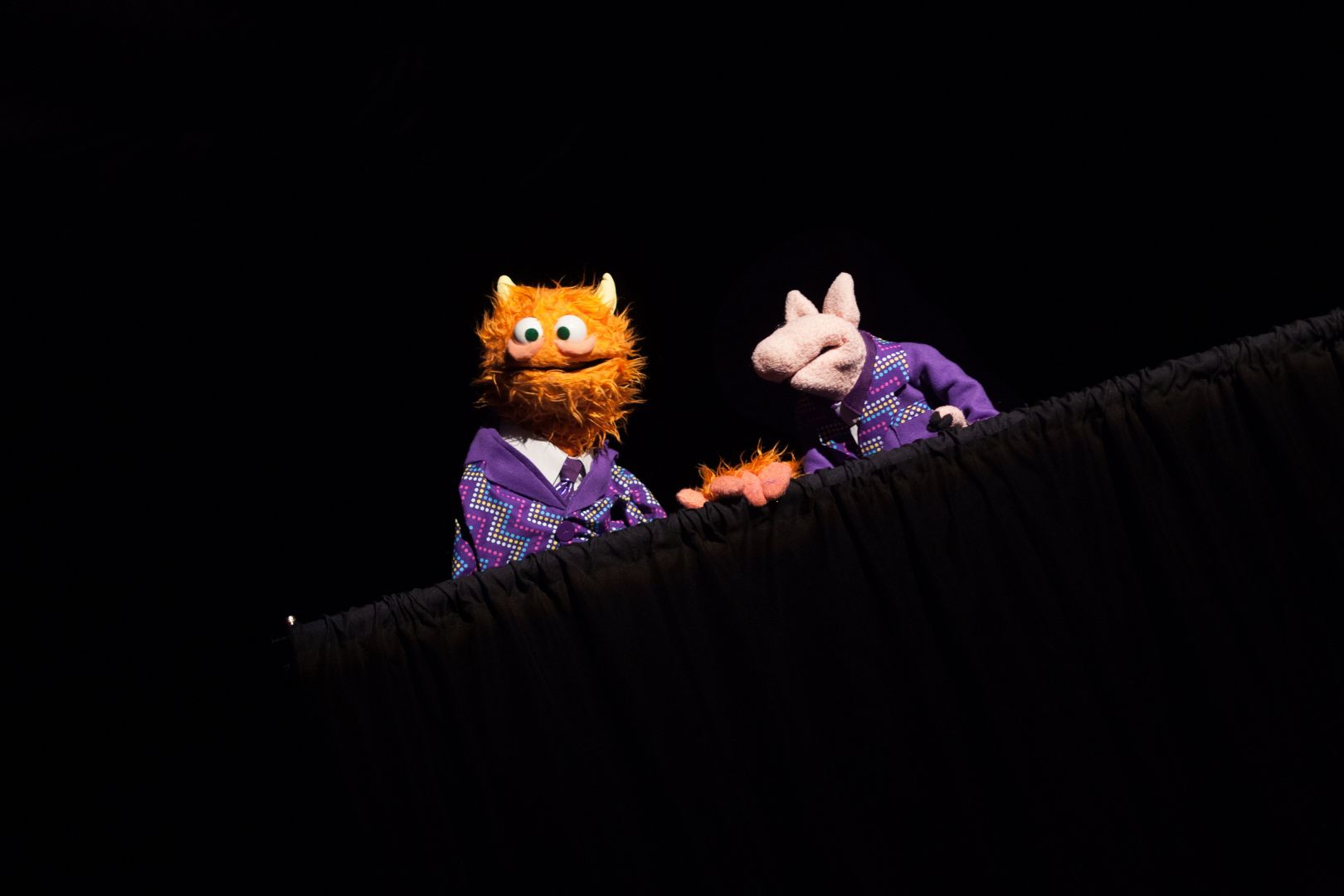 The Shoutout series is all about recognizing that our success and where we are in life is at least somewhat thanks to the efforts, support, mentorship, love and encouragement of others. So is there someone that you want to dedicate your shoutout to?
Nobody works in a vacuum. There are so many individuals who have contributed to or been fully responsible for where I am now. When I was in highschool I wrote a letter to Caroll Spinney, the performer of Big Bird and Oscar on Sesame Street. When he surprisingly wrote back with a personal address (to get the letters to him quicker) I began a correspondence with him that lasted on and off for about 5 or 6 years. In that time he encouraged me to keep going and told me stories upon stories of his time in and out of the industry. Luckily, I was able to see Caroll one last time before his passing in 2019.

I went to high school in Chicago, and in my senior year, met someone named Thomas Zeitner. He knew I had puppets, and was filming a silly video with some of his friends, so he called me to come over. That moment changed everything. He and I had the same weirdo sense of humor, loved The Muppets almost to the same degree, he introduced me to the music of Barenaked Ladies, took me to my first real non parent involved concert, just so many incredibly important teen experiences.

When we were about 19 or 20, Thomas worked at a video store and his boss was a theater artist named Jen Ellison. Through acceptance and encouragement, Jen introduced me to a life as an adult that would have otherwise been very small and different. I joined her theater company, and met a great deal of the amazing friends I still am lucky enough to know and work with. One of whom I married.

As a result of working with that theater company, I met someone named Greg Inda, who has become a brilliant photographer. We met when we were both very young and starting out in our separate art forms, and it’s been wonderful to watch him explode with talent and confidence in his amazing work.

Greg introduced me to a puppeteer in Phoenix named Stacey Gordon, who in turn introduced me to the amazing puppetry community. Stacey and I became instant friends, and have remained very close for over a dozen years.

There are far too many other amazing individuals to name here, but those four are the real linchpins.