We had the good fortune of connecting with Noel Elie and we’ve shared our conversation below.

Hi Noel, what role has risk played in your life or career?
Life is essentially a game of chess, ha! Not so much… However, there is no doubt that I’ve always been a big risk taker (for my entire life) without necessarily realizing it. Risking doesn’t mean you won’t struggle and life has a way of serving up many valuable teachable moments (especially when you are a risk taker). But no risk, no reward- right? Here are 3 pivotal moments that taking risks has greatly served me: 1. Make the move/ jump and the net will appear! At 18 years old, just 2 days after graduating high school, I moved to NYC to follow my dreams. I had $800 to my name which only covered one months rent. It was financially hard but as a result of making that one big move, my life changed entirely. I knew no one. I was broke and lonely but I quickly learned the value of independence and new formed friendships. It taught me that I could actually rely on myself, especially when you have no other choice to do so. A handful of years later, I made a similar move to LA. I was directing a project in LA & Santa Barbara and I realized California was where I meant to be. So I went to Sundance (my longtime partner, Dan had a film premiering there) and told Dan, “I love you but I need to leave NY. I’m moving to LA in a couple of months. You can come or not (I hope you do) but I gotta go.” He was upset at first (rightfully so) but eventually understood. He stayed in NY for another year after that but suffice to say, he’s now in LA and absolutely loves it. I made the move because intuitively I knew it was right for me and my acting career but it was actually one of the best things I could’ve done for my marriage. As a result, we are closer than ever and it provided more independence that we both needed in our lives and relationship. 2. Saying yes! Shortly after moving to New York, I went from modeling to producing fashion shows at IMG’s Mercedes Benz Fashion Week. An Author & Speaker, Gabby Bernstein saw me doing my thang and said, ‘You have to come work for me! You have to produce my events.” I said yes even though I had never produced an event entirely on my own. Through working with her, I learned so much about business and how I wanted to make an abundant living as a side hustle. I realized I didn’t have to be a struggling actress. From there, I aided her in becoming a New York Times Best Selling Author and created my own event + pr company, Noel Elie Productions. I went on to produce events all over world, radio shows, direct and produce commercials, films and video content, provide social media strategy and so much more. But I do have to say, that did not come without risks. When I started my own company, I left my largest client (at the time) to do so. It was terrifying because I had ZERO clients on my roster but my soul knew I wanted more. So I trusted that the universe would take care of me and as a result, I made over six figures my first year of starting my business. In full transparency, I had no idea how to start or run a business but because I said yes, I figured it out and it’s lead to so much more growth and expansion. 3. Declaring, I AM AN ACTRESS! While auditioning, I was surrounded with Juilliard, Tisch and many acting conservatory graduates. It was pretty intimidating. I thought, “Maybe I should go to a university so that I can say I’m a trained actor.” That kept me playing small for a while and made me afraid to actually say to people I was an actress. I had a successful company with the accolades to prove it but who was I to say I was an actress? What did I have to show for it? Instead of feeling small and remaining stuck, I took action and began taking acting classes all over the country. I was working hard, honing my craft and slowly began actively telling people that I was an actress who also ran a company. Not the other way around. That may not sound like a risk but it felt awfully risky. I believe the declarative word is incredibly powerful. Not long after I verbalized (out loud) that I was an actress, I booked a recurring role on CBS’s Blue Bloods. Then the other roles & network shows came trickling in shortly after that. 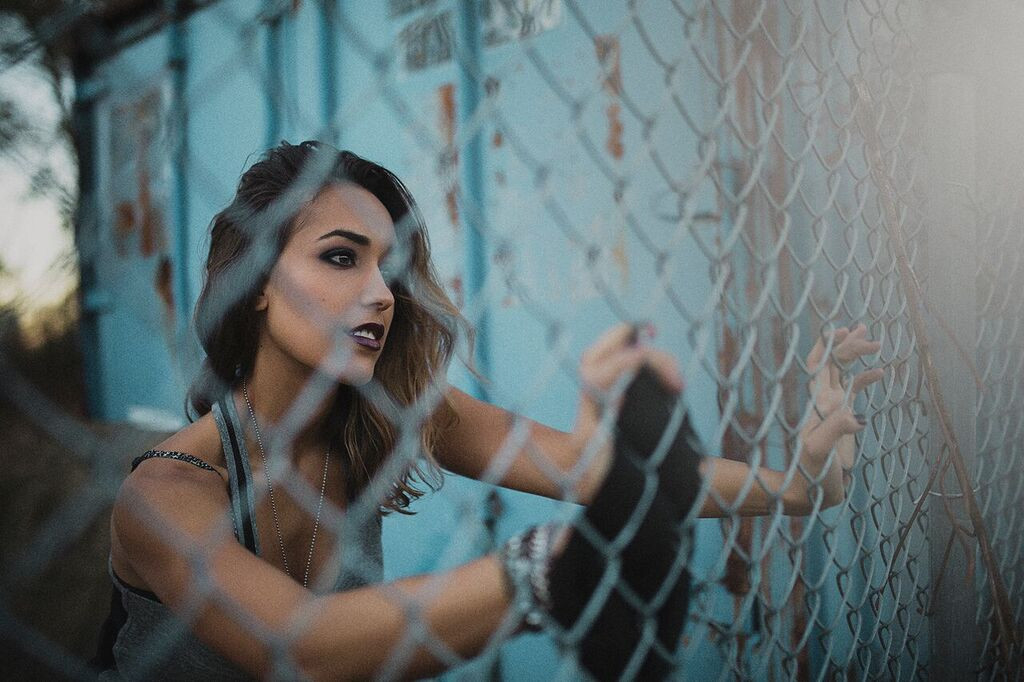 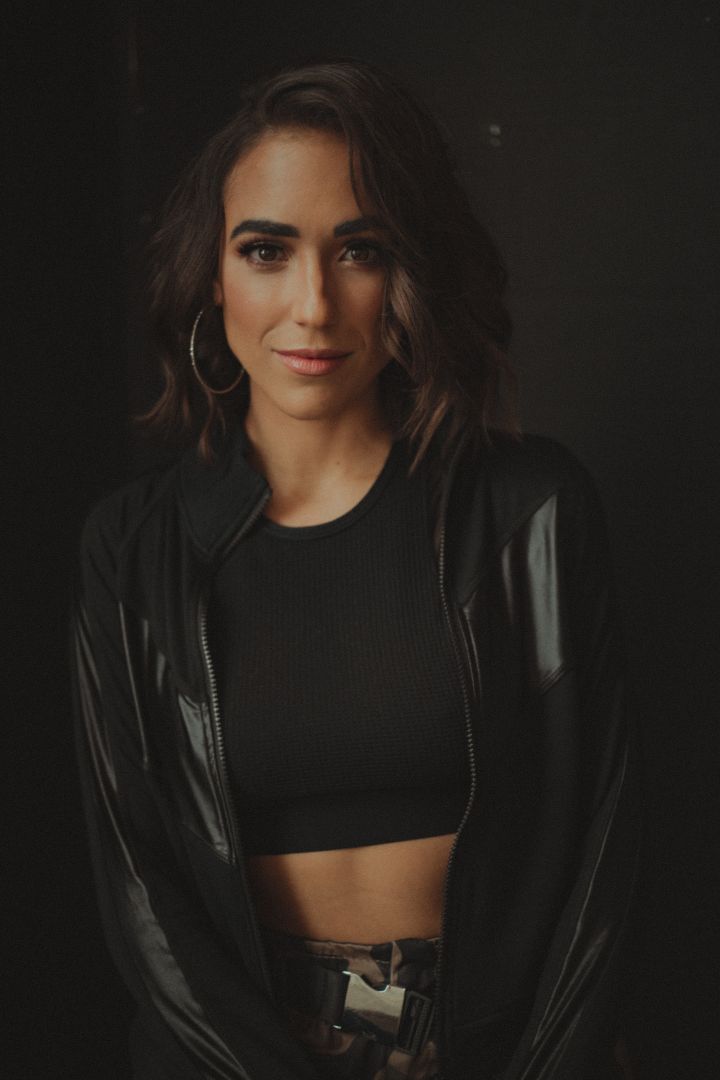 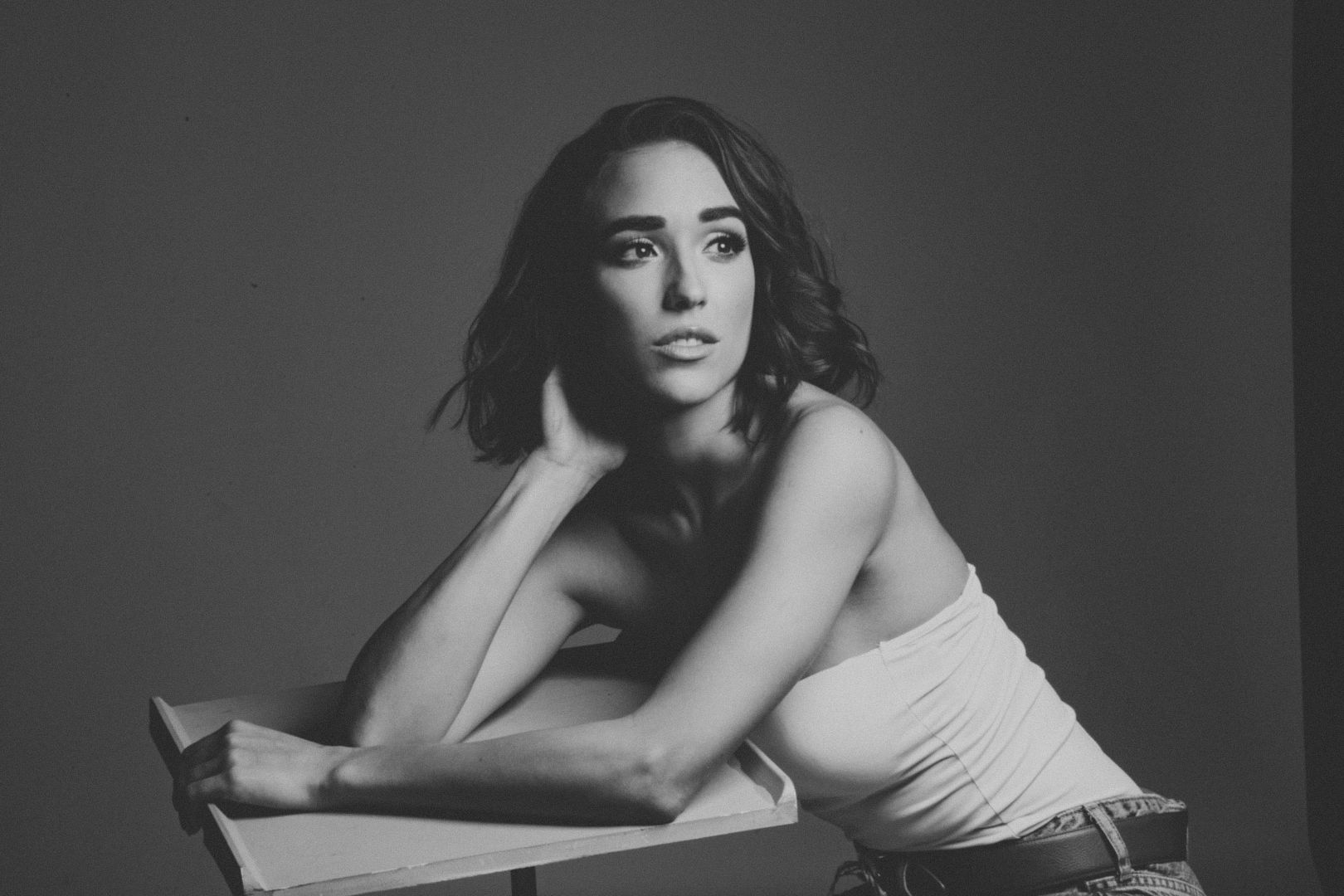 Can you open up a bit about your work and career? We’re big fans and we’d love for our community to learn more about your work.
Growing up, I was surrounded by the arts. My mom and dad were professional singers so I grew up modeling and listening to Andrew Lloyd Webber while watching classics like A Star Is Born. I dreamt of Hollywood and knew I wanted to be an actress from a young age. It was after saying I wanted to be a lawyer, a teacher, a vet, a waitress, a doctor, etc. that I discovered through acting, I could be all of those things. However, it has not an easy road… Shortly after signing with my first manager, I was auditioning, getting callbacks/ pinned and booking jobs, my mom got sick. So in between auditions or acting roles, I would fly all over the country to be with her while she received IPT/ Chemo therapy. This went on for numerous years and although it was a “distraction” taking me from acting (even having to turn down some roles and auditions as a result), I would do it over again 1000x. Spending that time with her was priceless. Since she passed, whenever I’m on set, acting or directing and creating- that’s actually when I feel my mom the most. It makes sense though because she loved the arts and creativity. They say when you’re inspired, you’re inspirit and she was such a spiritual woman. My advice to anyone with big dreams is to work hard, plant the fruit, sow the crop and watch it bloom beautifully. It won’t be overnight but if the desire is truly in your heart and you don’t ever give up, it’ll come to fruition. It’s not on our time, it’s on divine timing. So know what’s meant for you will not pass you. I love getting to play roles and tell stories where the underdog wins and fighting for the injustices of the world. I’m incredibly passionate so juicy, sassy roles are often the funnest to play. And I’m super excited for a new film, Paa shooting this fall in Utah (pending COVID). It’s a western that I’m the lead in with horse riding, fighting, and more. Should be a lot of fun!

Any places to eat or things to do that you can share with our readers? If they have a friend visiting town, what are some spots they could take them to?
I love this question! Here’s a three day experience. Day 1: First, we would go to MODO Hot Yoga on LaBrea and take a class while wearing Alala luxury athleisure. After that we would swing by Kreation Organic Juicery and get an immunity booster shot and a green juice. Then we would go to Next Health and do an infrared sauna session, and an IV therapy before popping by Erewhon to spend 12 zilllion dollars on 2 bags of groceries, lol. Afterwards we would grab a matcha at Conservatory on Sunset. Then visit The Grove to walk around and shop. Dinner at Gracias Madre in Weho. Drinks at Laurel Hardware (outside).

Day 2: Go hiking at sunrise at Runyon. Then pick up goodies at Moon Juice. Take a workout class at Health House in Weho. Lunch at Sugar Fish in BH. Lounge by the pool at Petite Ermitage. Drive up to the Griffith Park Observatory and watch a show. Dinner at Sun Cafe in Studio City.

Day 3: Spend the day at the Olympic Spa on W Olympic (they offer $40 soaks in their mugwort soaks, ice pools, jacuzzi, oxygen room, himalayan sea salt room, full body scrubs, thai messages and have a delicious restaurant). This is a day long experience but it oh so divine! And the day with a nice Meditation at The DEN Mediation off of La Brea. 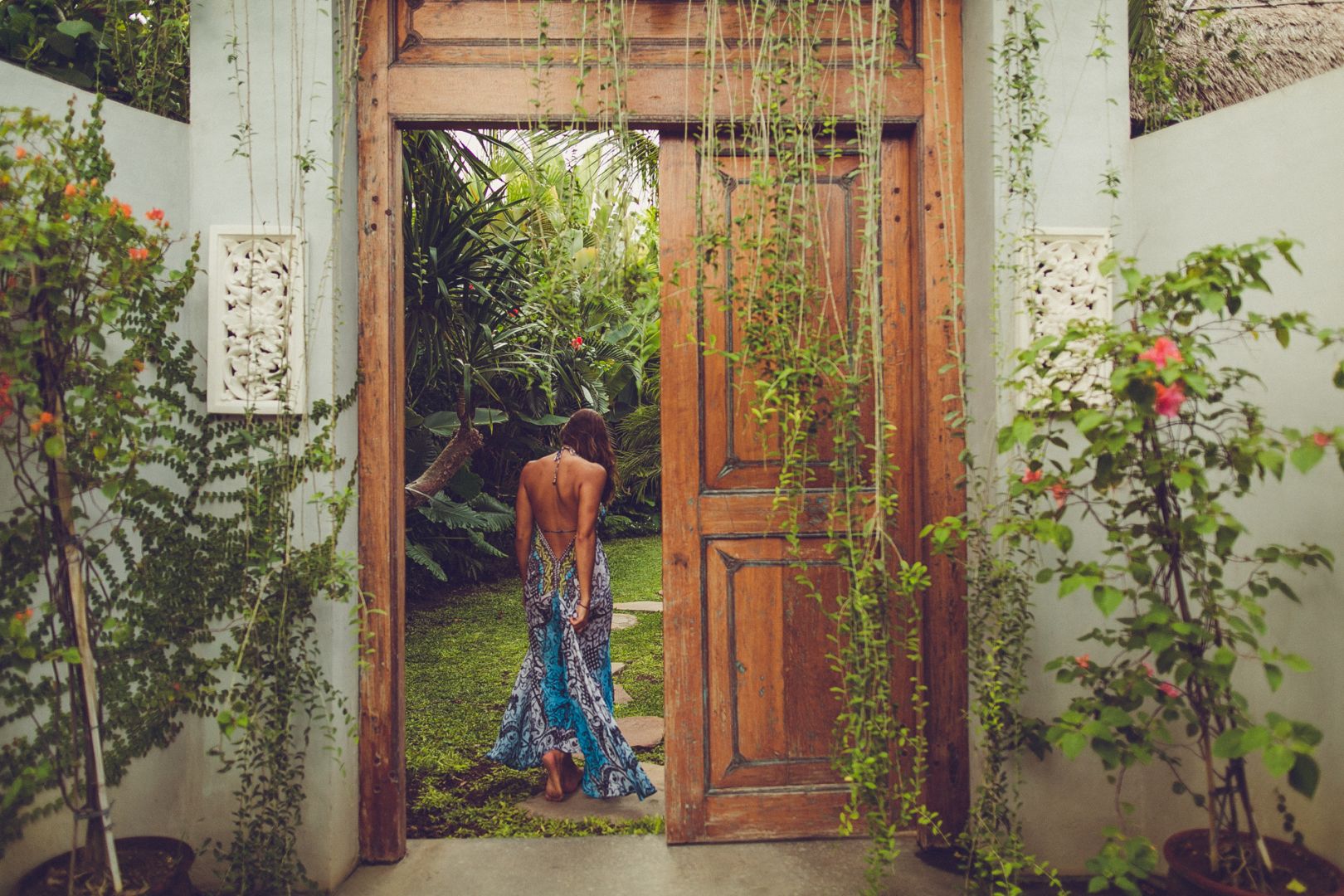 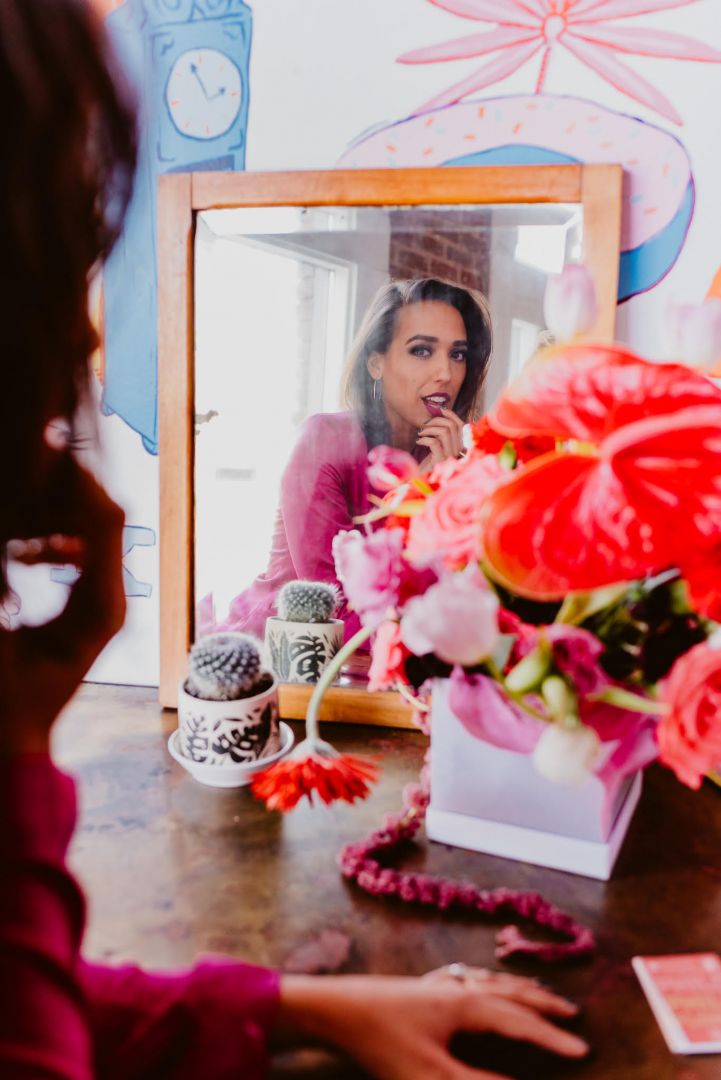 The Shoutout series is all about recognizing that our success and where we are in life is at least somewhat thanks to the efforts, support, mentorship, love and encouragement of others. So is there someone that you want to dedicate your shoutout to?
My hubs, Dan Puck and my family, especially my mama. My mom was my biggest cheerleader who sadly passed away in 2016 due to stage IV metastatic cancer. She taught me to celebrate every win, even the small ones and that tomorrow isn’t guaranteed so make the most out of today. Dan has taught me the importance of working hard and the art of acting. He’s been one of my greatest teachers in this life.