We had the good fortune of connecting with Olivia Stambouliah and we’ve shared our conversation below.

Hi Olivia, how do you think about risk?
Risk is so much a part of being human and an actor. I took a huge risk in moving from Sydney, Australia where I had a career for 16 years, to venture into the unknown that is Hollywood, at the age of 35. I was told by my former Agent “you’re too old for Hollywood, don’t move there”. I was scared of course, but I had to take the leap of faith, and bet on myself. So here I am, about to have a huge blockbuster film premiere world wide, as I turn 40… 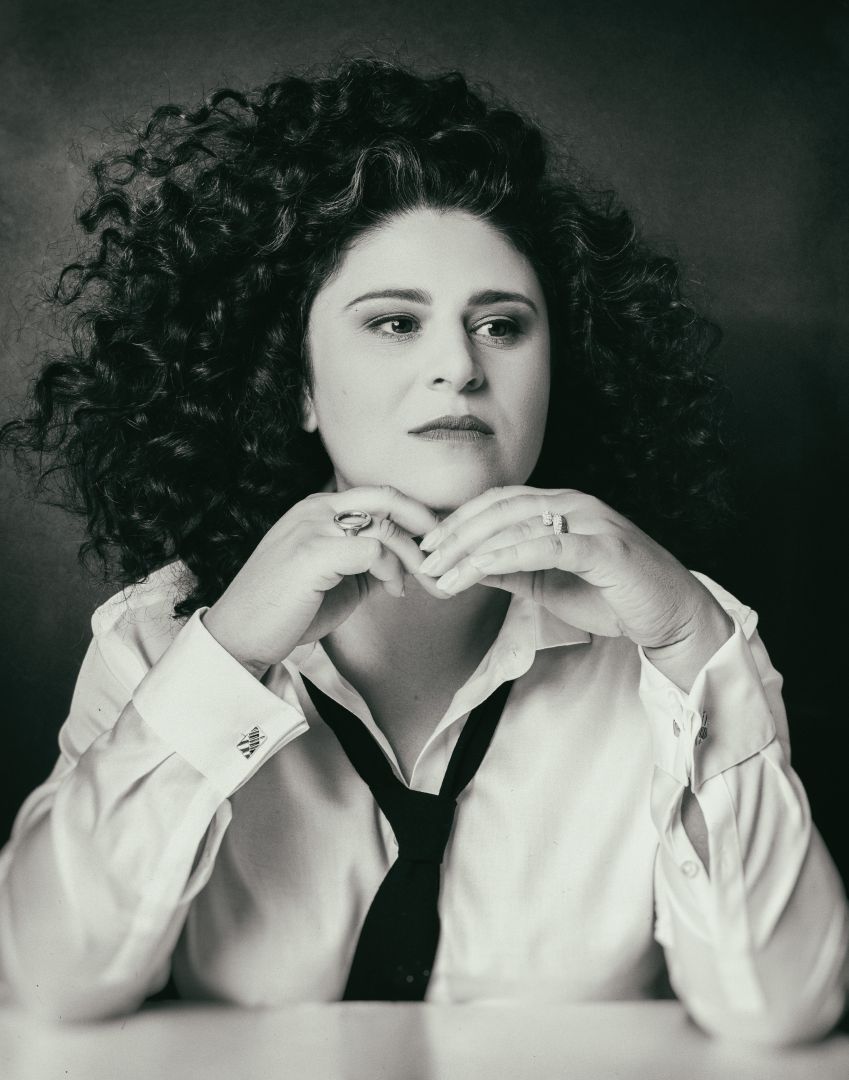 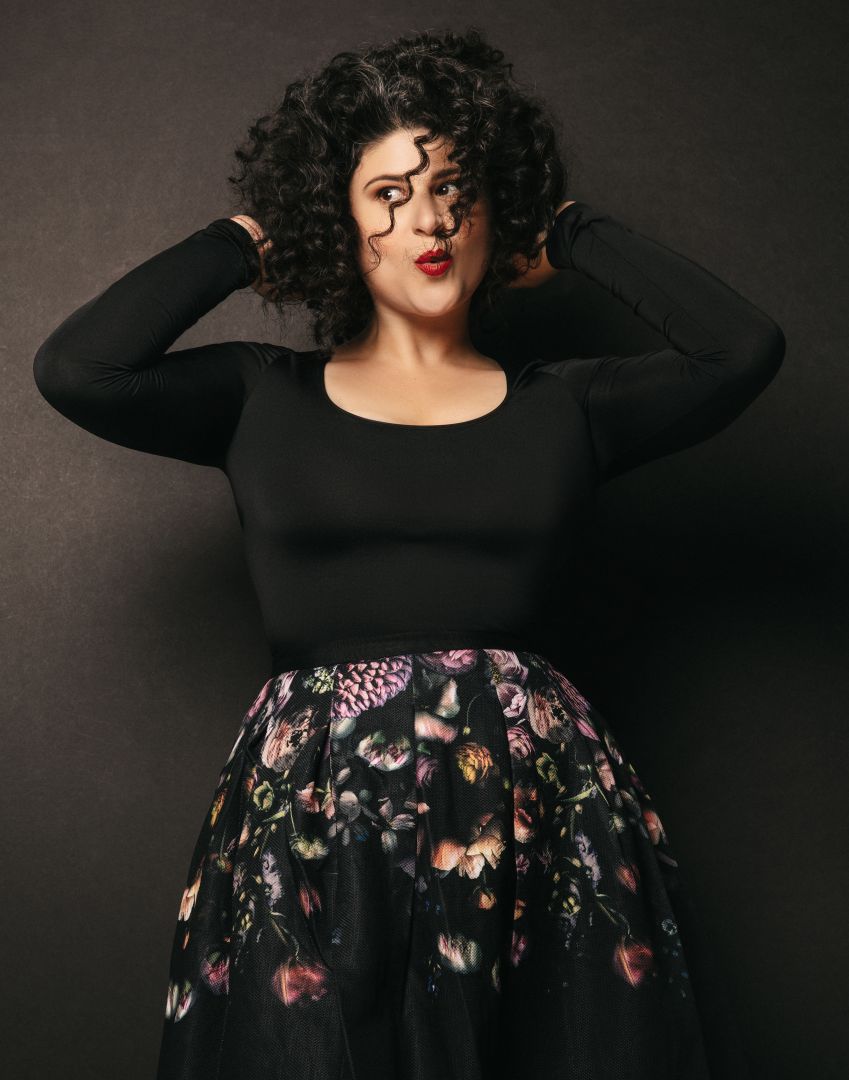 Can you open up a bit about your work and career? We’re big fans and we’d love for our community to learn more about your work.
Growing up I always dreamed of neon lights and sunsets, not really understanding how or why. Being the second born out of 5 my extraverted introvert tendencies expressed themselves through impersonations of people, in both real life and on screen. Once I’d felt that magic of thrilling and connecting with people by becoming someone else, I’ve chased that dragon ever since.
After graduating with a degree in theatre I began auditioning and landed my first screen role in Cate Shortland’s telemovie The Silence, for ABC, whilst I was playing Medea on stage. These two jobs were defining moments for me because they had validated my gut instinct to pursue my dreams with rigour and not fall victim to the remarks of past people that I was “not commercial enough” for the industry.
My career steadily grew over 16 years in Australia. I worked at the Sydney Theatre Company,, was cast by Jane Campion in a film, played Amy Winehouse on Ben Elton’s live sketch comedy series, and was a guest star on Australia’s number one series Packed to the Rafters.This history is condensed into a neat package but if I am honest there were frustrations I had, hitting a number of ceilings in Australia with the types of roles I was being seen for. I wanted more: more depth, more time, more leading roles. I decided to apply for my green card to cross the pond to the mecca of movie making- Hollywood. It was a rude shock when I arrived in April 2017. I had to start again, like I had just graduated from acting school. Working 3 side hustles to keep the lights on as my wage was $10.50 an hour and this was not the Australian wage I was used to. I cried a lot. Pushed uphill a lot. And questioned my choice a lot. The one thing I was certain of, was my need to tell stories. The biggest win was securing my management team. At last auditions started to come in. Here I was, a POC, bi-coastal, bisexual, non-barbie type actor trying to find my place. A year in, I found myself signing a test deal with Netflix and Warner Brothers for a pilot, as a lead cast member of a drama series starring Renee Zelweger. It felt like forever to happen and then a whirlwind once the ball was rolling. I was quickly having a studio test audition in front of executives and the two other women going for the role. Suddenly, I was so thankful for the 16 years of experience I had. I could trust myself. I was on hold but ultimately didn’t get the role. It had confirmed to me that yes, indeed you have made the right choice to move, and you are only one audition away from that dream. The neon lights and sunsets made sense; I was destined to be in this place, working away at securing my place in Hollywood. My first job in LA came in an episode of The Walking Dead. This came after a day of crying at a kids Karate school in Beverly Hills where I worked reception, as I asked my late grandmother’s spirit ‘if this was what I had moved to do at 37?”

I happily took that town car to LAX and flew to Atlanta to shoot for 3 weeks! THIS was what I had uprooted my life for. You couldn’t wipe the smile off my face, except for between action and cut. It is a zombie series after all. Fast forward to a Pandemic in 2020 and the same scenario of being at a nannying job, whilst I got the call that I was Michael Bay’s number one choice for the role of Lieutenant Dzaghig in his action thriller Ambulance, starring Jake Gyllenhaal, Yahya Abdul Mateen and Eiza Gonzales. I couldn’t believe it! 3 months had passed since I’d auditioned! I called my family to share this life changing moment! We shot Ambulance around downtown LA in 39 days, and every time I saw the sunset, which is Bay’s iconic backdrop, the young girl who had dreamed of neon lights and that sky, suddenly understood why. 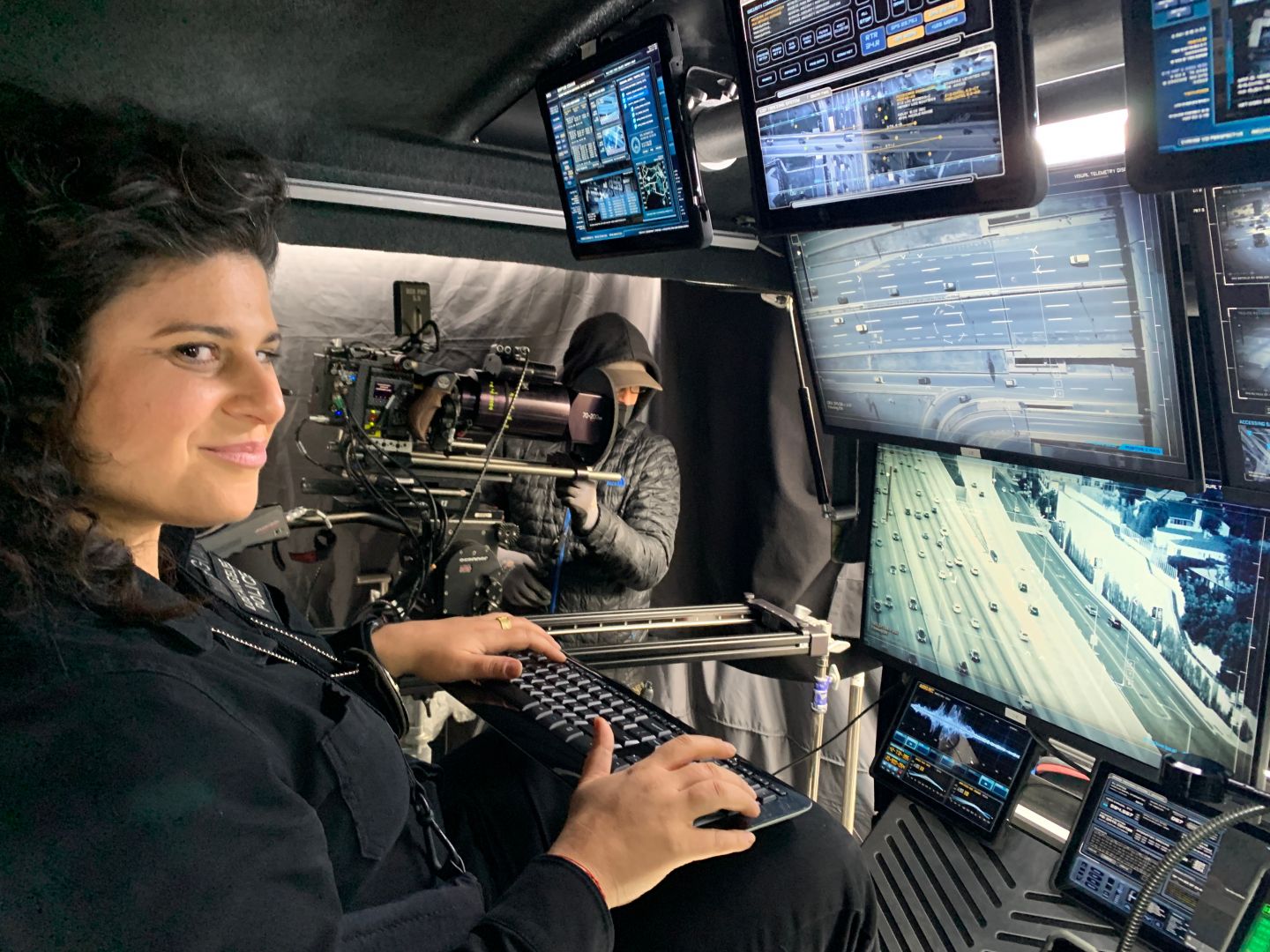 Any places to eat or things to do that you can share with our readers? If they have a friend visiting town, what are some spots they could take them to?
Nothing beats a hike to the Observatory, a coffee at Blue Bottle cafe on Hillhurst, the farmer’s market in Silverlake, some yummy tacos and a a spicy Paloma at Homestate, a drive to Carbon beach for a sunset walk topped off with dinner on the beach from Cafe Havana 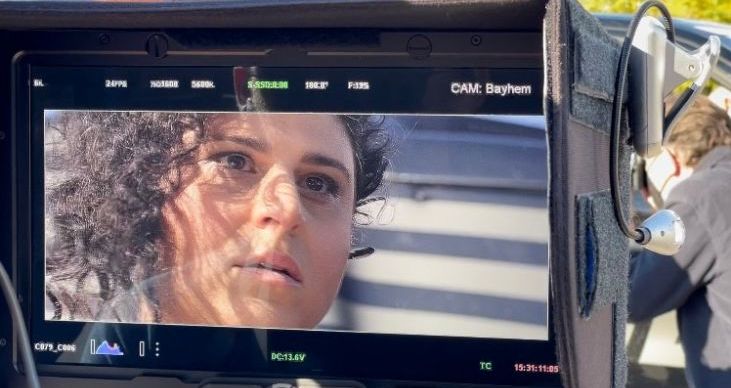 The Shoutout series is all about recognizing that our success and where we are in life is at least somewhat thanks to the efforts, support, mentorship, love and encouragement of others. So is there someone that you want to dedicate your shoutout to?
I want to acknowledge my incredible family for riding the ups and downs with me always. I also want to mention how incredibly grateful I am to the casting agents of our industry; especially Denise Chamian, who cast me in the Michael Bay film, Ambulance. She has championed me since I walked into her office two years ago. It is with her trust and belief that artists with my sensibilities can be welcomed into peoples homes and movie screens. I believe casting agents are the unsung heroines/heroes of the entertainment industry. Their own award category is long overdue 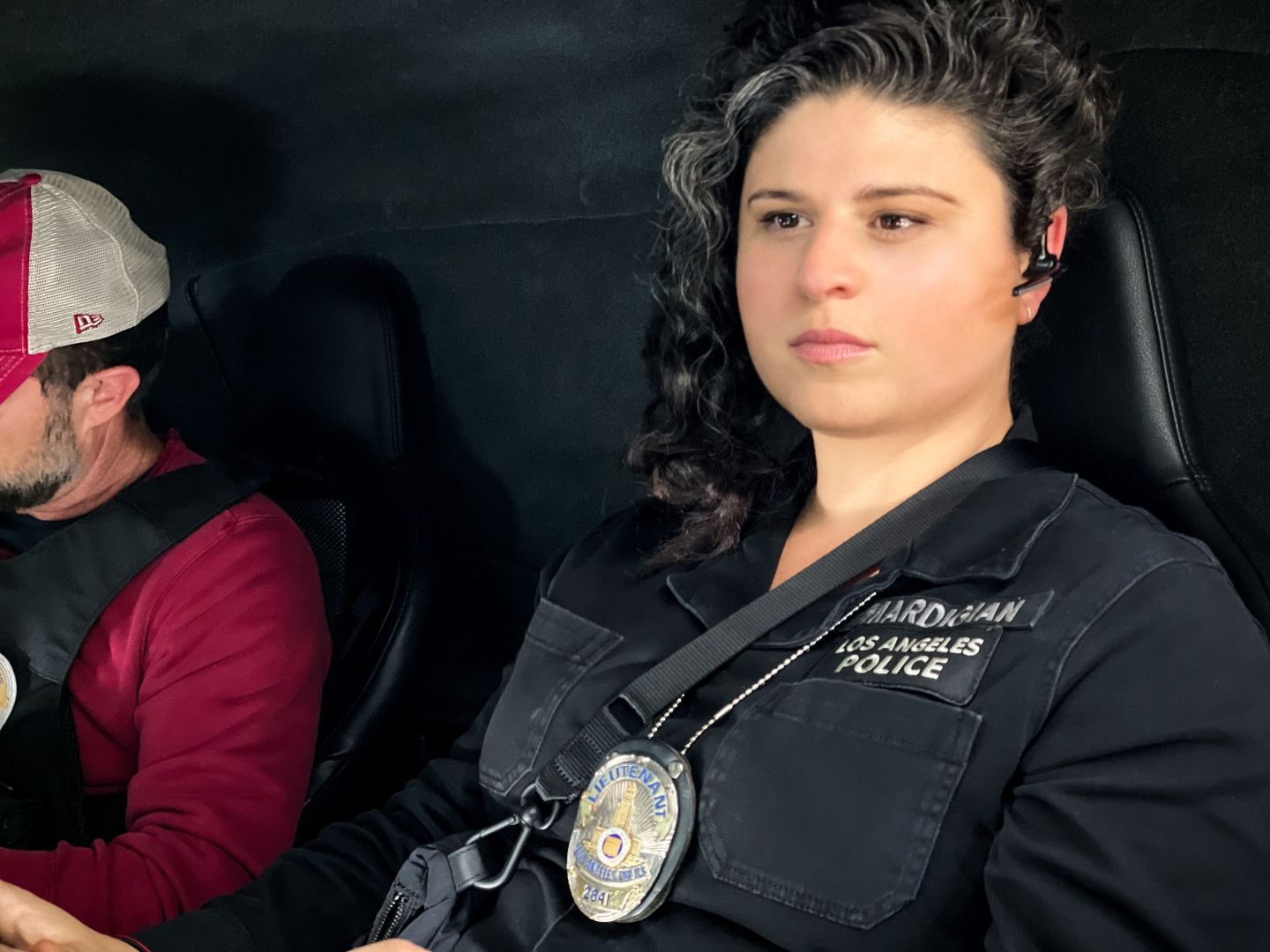 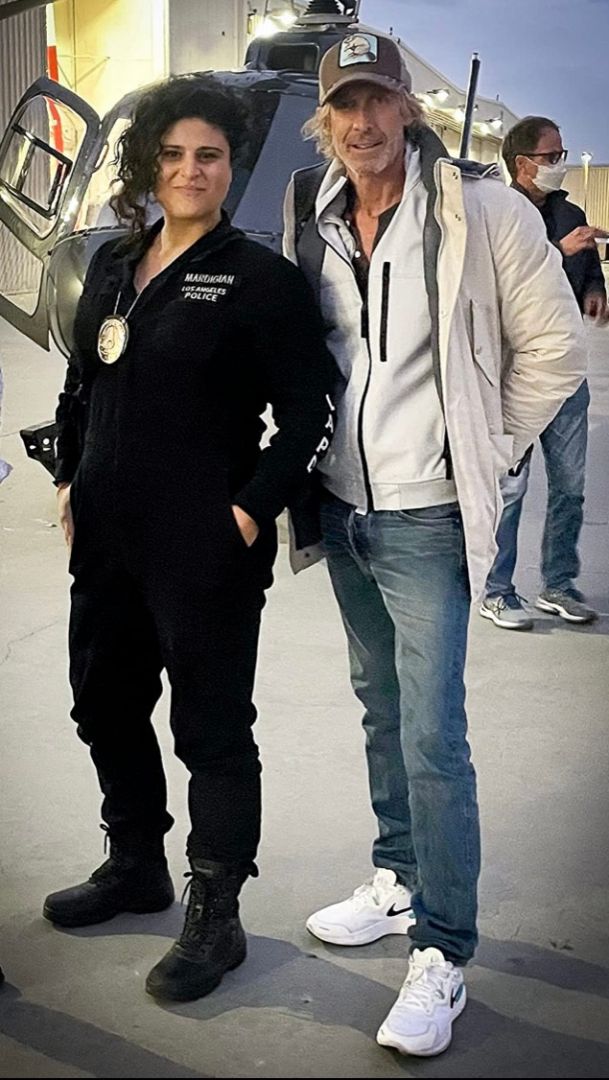