We had the good fortune of connecting with Olivia Wong and we’ve shared our conversation below.

Hi Olivia, what inspires you?
Ever since I was 14, I knew that I wanted to be a filmmaker. I’ve always aspired to enact positive social change in the world, through the medium of cinema. A big reason for this is because I was essentially given a second chance at life. I was adopted from Hong Kong when I was 9 months old and grew up in Sacramento, California. Every day, I reflect upon how blessed I am to simply be here and I try to live my life to the fullest.

My film work is inspired by a lot of topics close to my heart—such as mental health and racial and gender inequality. I aim to bring the stories of marginalized groups of people to the light and advocate for more inclusive voices. Recently, I was asked, “What does visibility mean to you and your community?”. As a queer, cis-gender, Asian-American woman, I thought it was a bit of a trick question because it’s not about visibility; we don’t want to simply be seen—we need to be heard.

I think there’s a lot of content out there that tries to satisfy people’s impulse to escape the world around them. However, I want to inspire people to become more self-aware and reevaluate their own lives, through connecting and empathizing with the material presented on screen. My life is a unique story, but my goal with filmmaking is to showcase that every single person has their own unique story with the ability to inspire others as well. 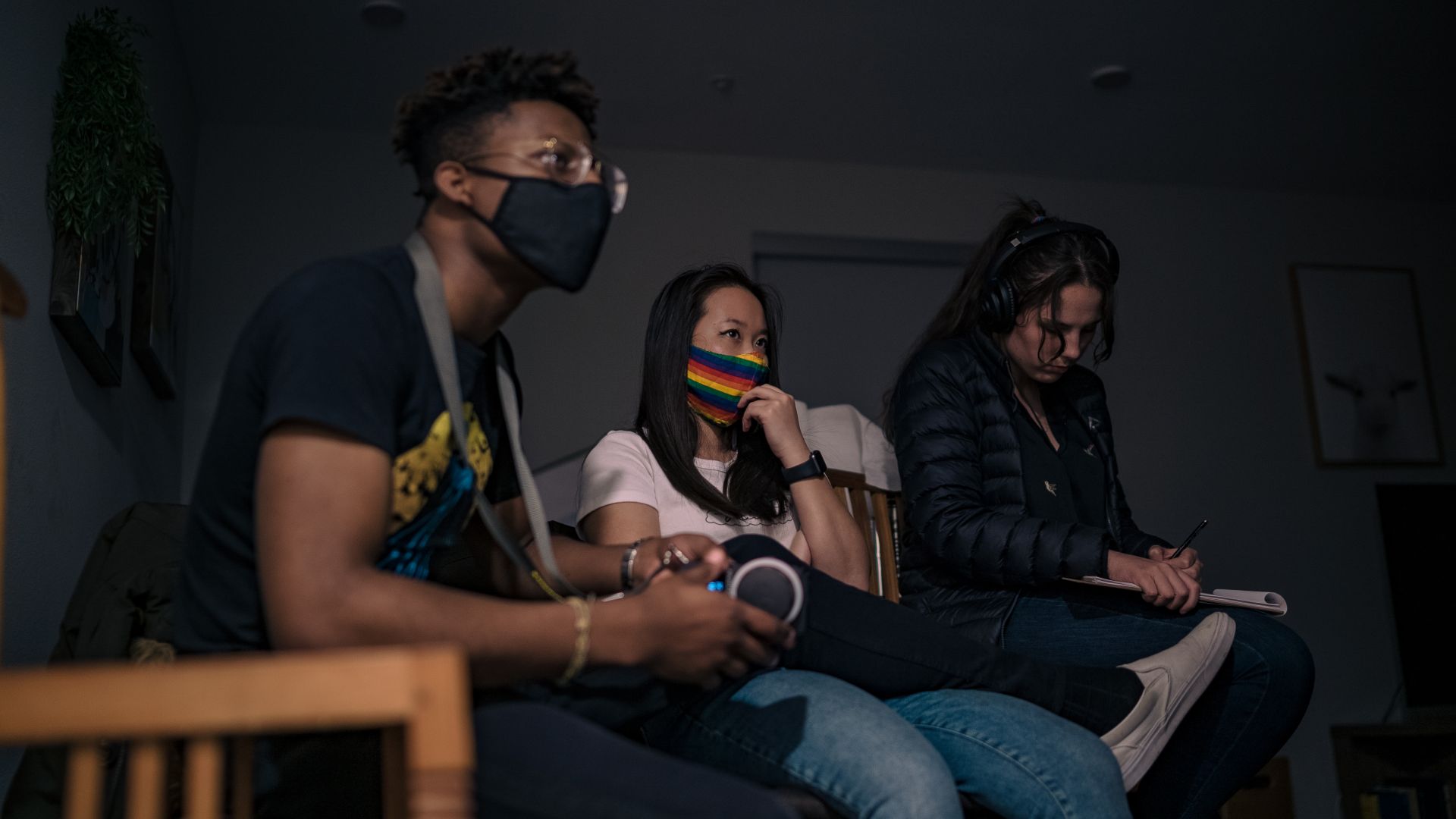 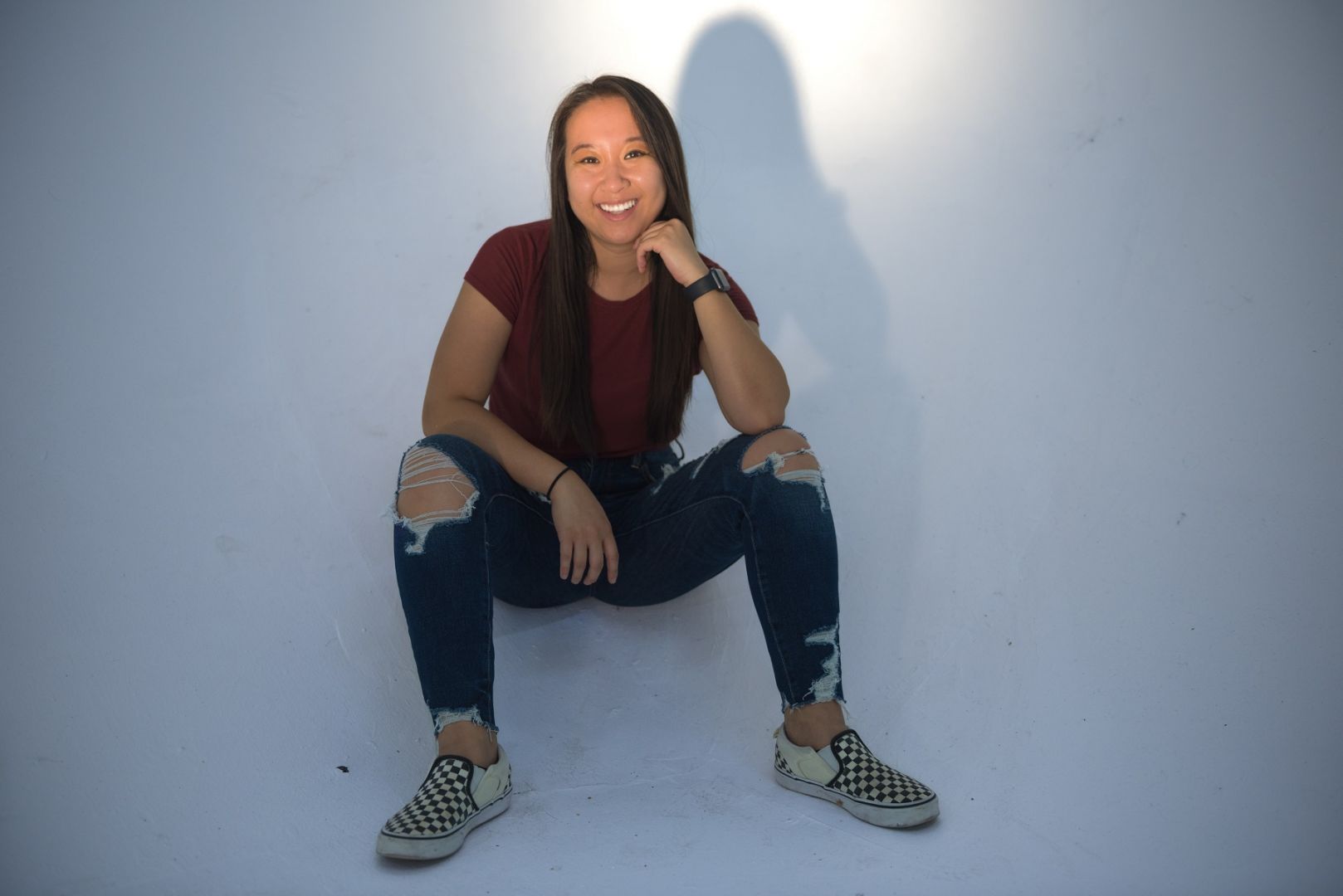 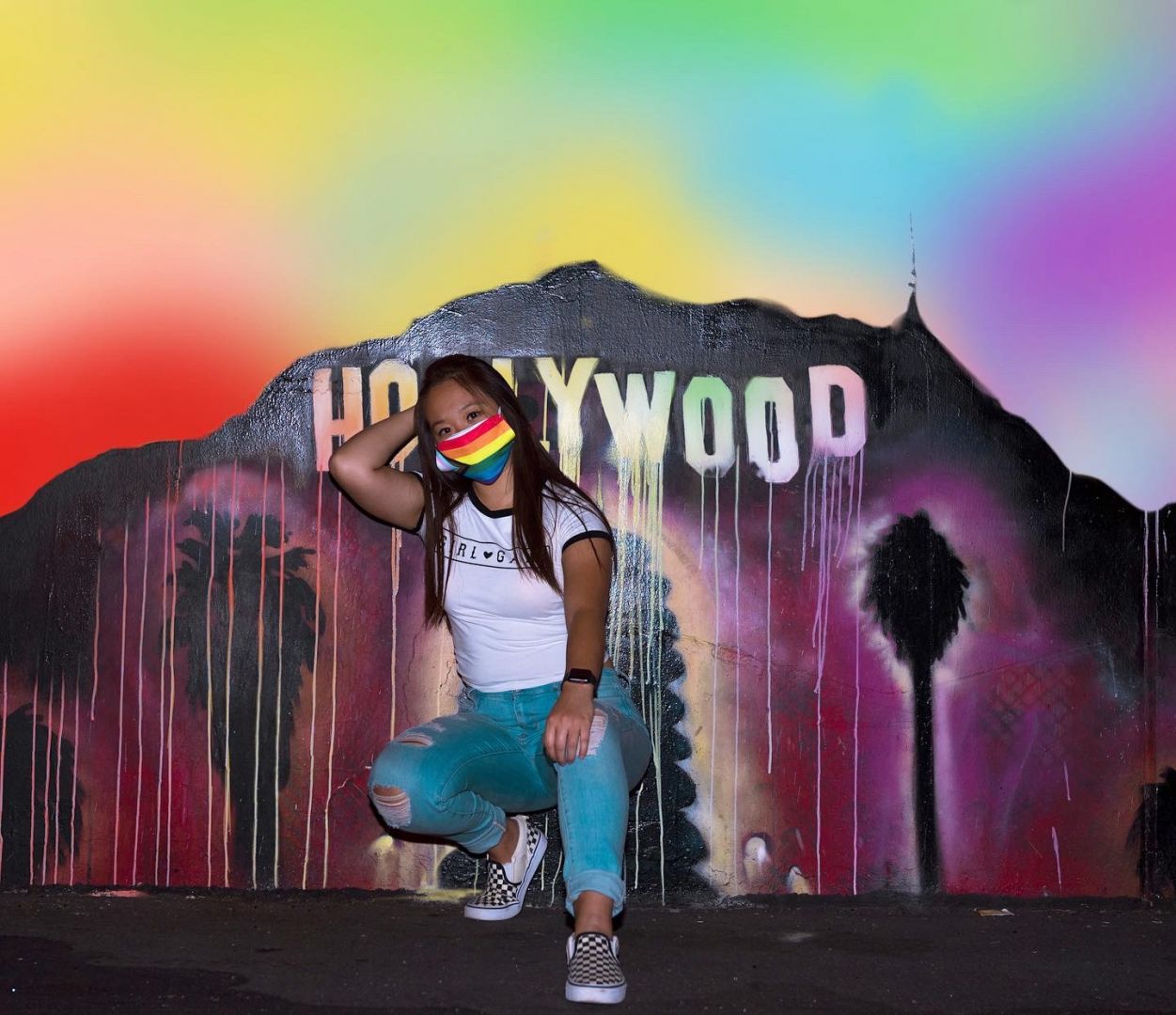 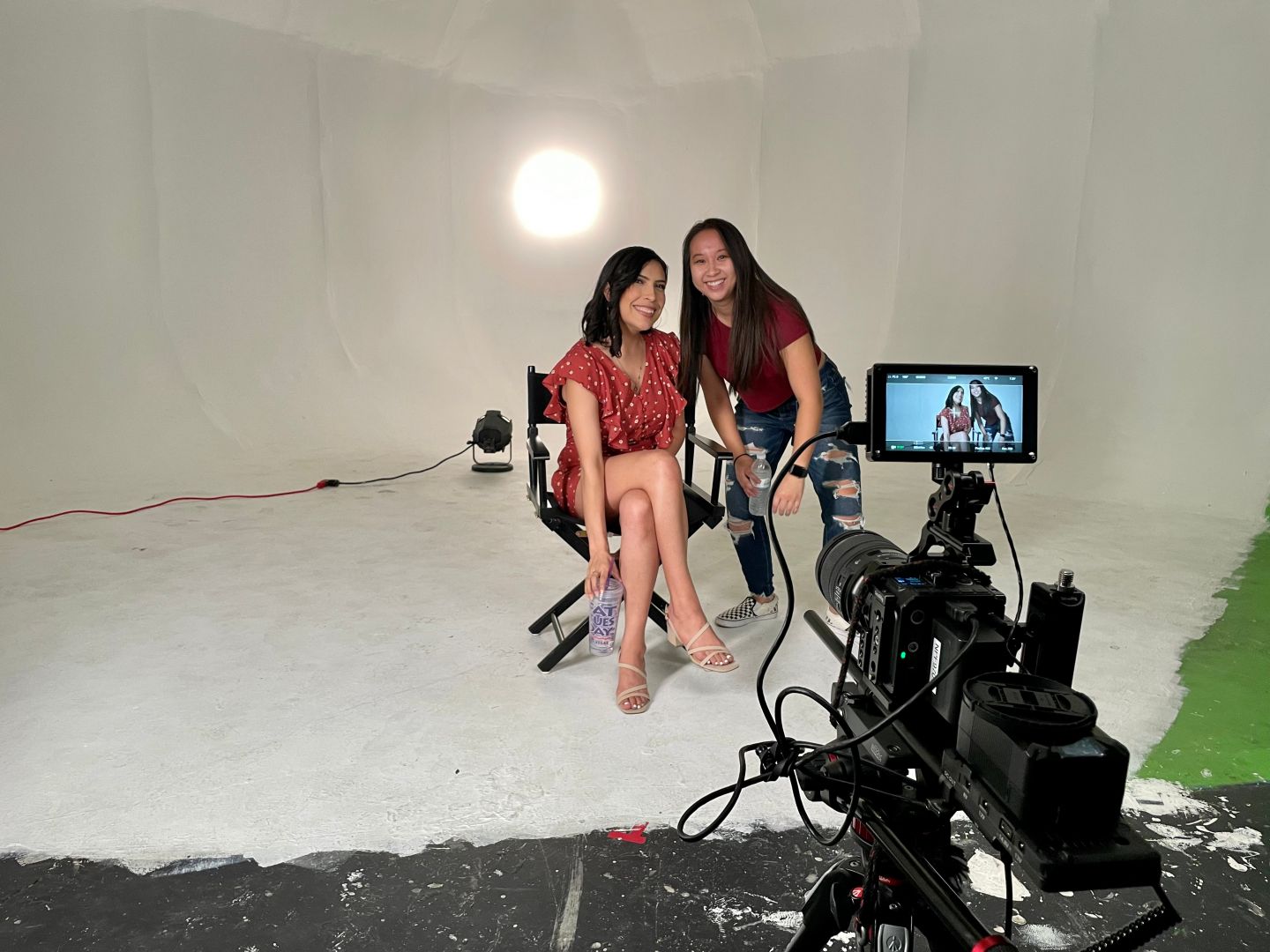 Let’s talk shop? Tell us more about your career, what can you share with our community?
I moved to LA at the start of 2020 to begin grad school at USC School of Cinematic Arts. It was always my dream to attend that program for its reputation as the top film school in America. Since I wasn’t accepted for my Undergraduate degree, I was so excited to be accepted for the MFA degree. However, the funny thing about “dreams” is that they don’t always go as planned. Two months into the program, we were moved to a fully online/remote structure during the pandemic. Moreover, I had several negative experiences with the program’s faculty and administration in which I felt blatantly discriminated against. Therefore, I decided to leave USC and take myself out of an environment that was not only bringing me harm, but also causing me to lose my passion for filmmaking.

Even though it was a difficult decision to make, it was the absolute best thing that I could have done for my career! Since leaving USC, I have written/directed 3 films and am currently in pre-production for a few more projects that are coming up later this year. I have been working harder than ever to ensure that my time away from school is well spent. I’ve had the pleasure of working on a variety of different sets, from TV pilots to big commercial music videos.

With my film work in general, I aim to create content that enacts positive social change in the world—by encouraging people to self-reflect, become more self-aware, and lead more empathetic lives. I want to highlight the stories of marginalized groups of people and speak up about stigmatized topics like mental health, body positivity, etc. Thus far, all of my films have included these underlying themes.

Most recently, I was awarded the One Outside film grant from the company Eddie Bauer. This project centers around fostering more inclusion and equality for POC in outdoor spaces. Therefore, I’m grateful to have the opportunity to not only create this film, but to also change our communities. I’ll be flying out of the country to shoot this film in August.

I am also working on several other film projects. In March, I shot my directorial debut film (@madnessincarnate_film on Instagram) that’s currently in post-production. In May, I began working with Tiger Tail Pictures, a Chinese production company in LA. In June, I shot a documentary (@making_herstory19 on Instagram) that promotes women supporting other women—August 26 is national women’s equality day, celebrating the 19th amendment when we finally got the right to vote. To commemorate this occasion, I’ve gathered 19 amazing women together to hear their stories. Lastly, I’m also directing a couple of other projects that are in the early stages of pre-production—such as a sex-positive web series, written by two other Asian-American women.

Let’s say your best friend was visiting the area and you wanted to show them the best time ever. Where would you take them? Give us a little itinerary – say it was a week long trip, where would you eat, drink, visit, hang out, etc.
I’m actually still exploring the area, myself! I moved to LA just a couple months before the pandemic began. So, I had to get creative with finding fun things to do. Luckily, I love being outdoors and live a pretty active lifestyle. I’ve hiked at so many beautiful locations like Eaton Canyon, Elysian Park, and Portuguese Bend Reserve. I’m also pretty much always down to hit the beach! Some of my favorite ones, so far, are Hermosa and Manhattan Beach.

Now that California is opening back up, I’ve been really excited to discover new things to do! You can always catch me on the dance floor at the club/bar. As a lesbian, I’m most excited to explore the nightlife in West Hollywood. It’s amazing (and comforting) to see how predominant the LGBT scene is in LA, compared to where I grew up (Sacramento, CA).

Lastly, I’m also a huge fan of museums—any and all types! I can’t wait to visit more of them soon. Some of the top ones on my list are the LACMA, the Natural History Museum, and Hammer Museum. 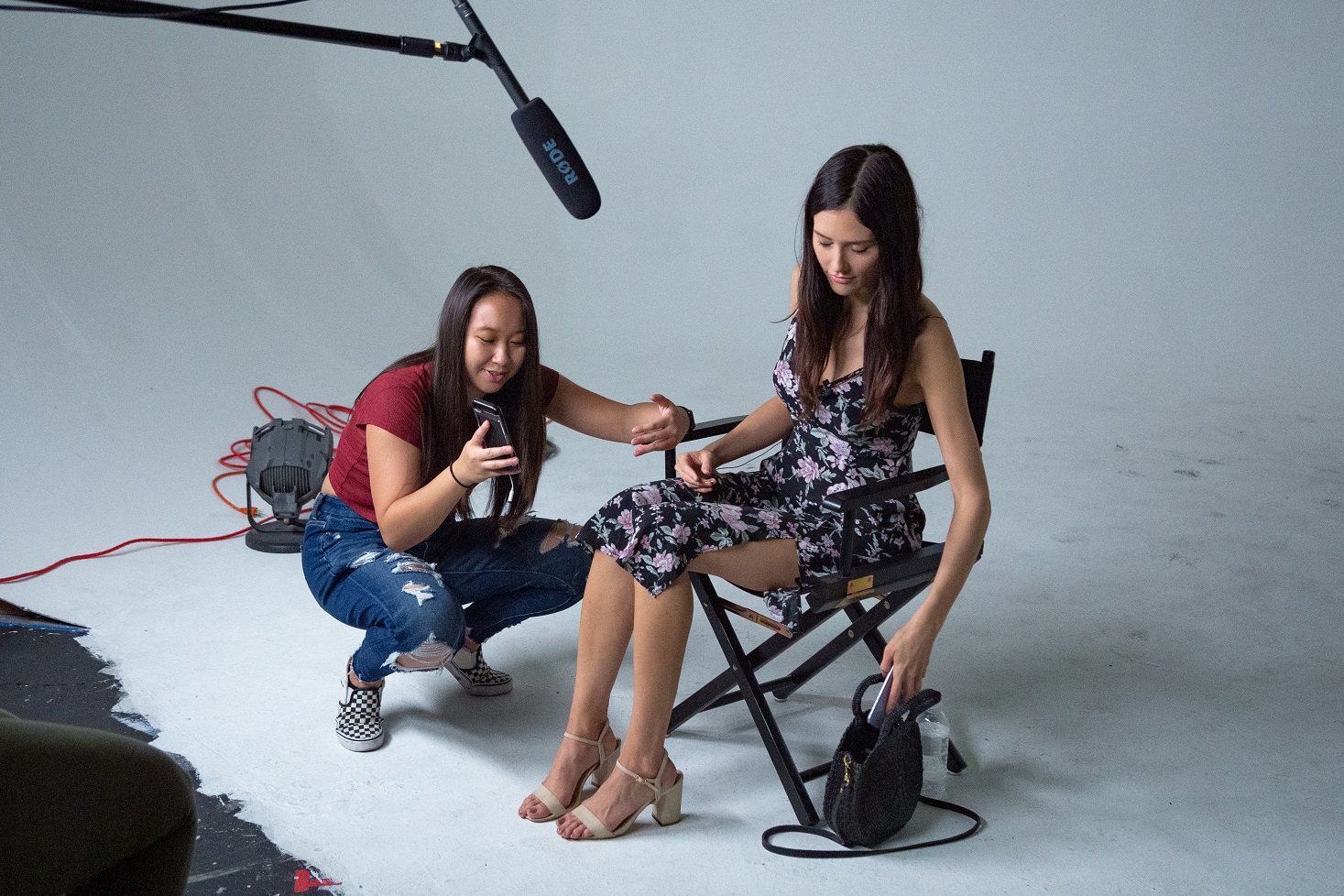 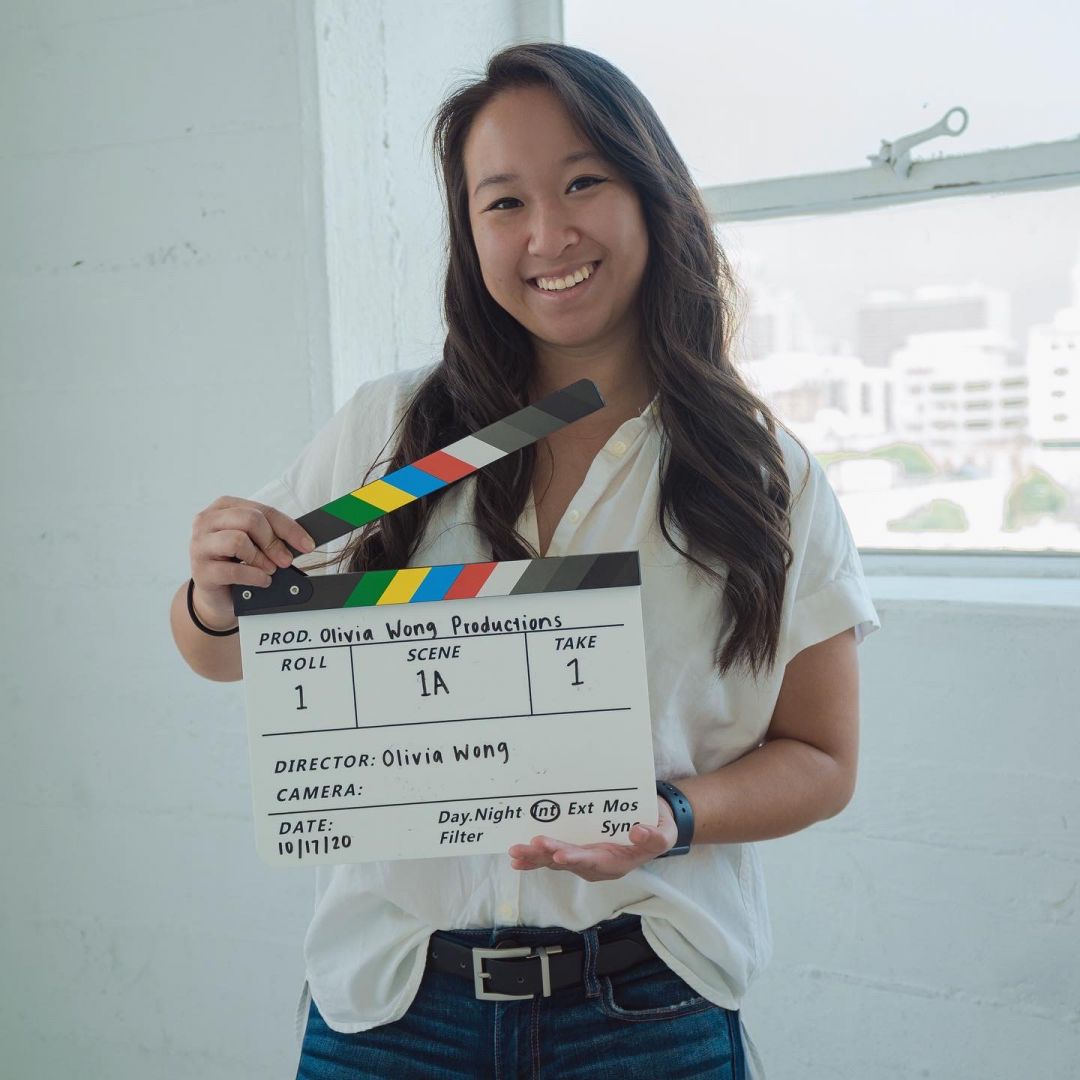 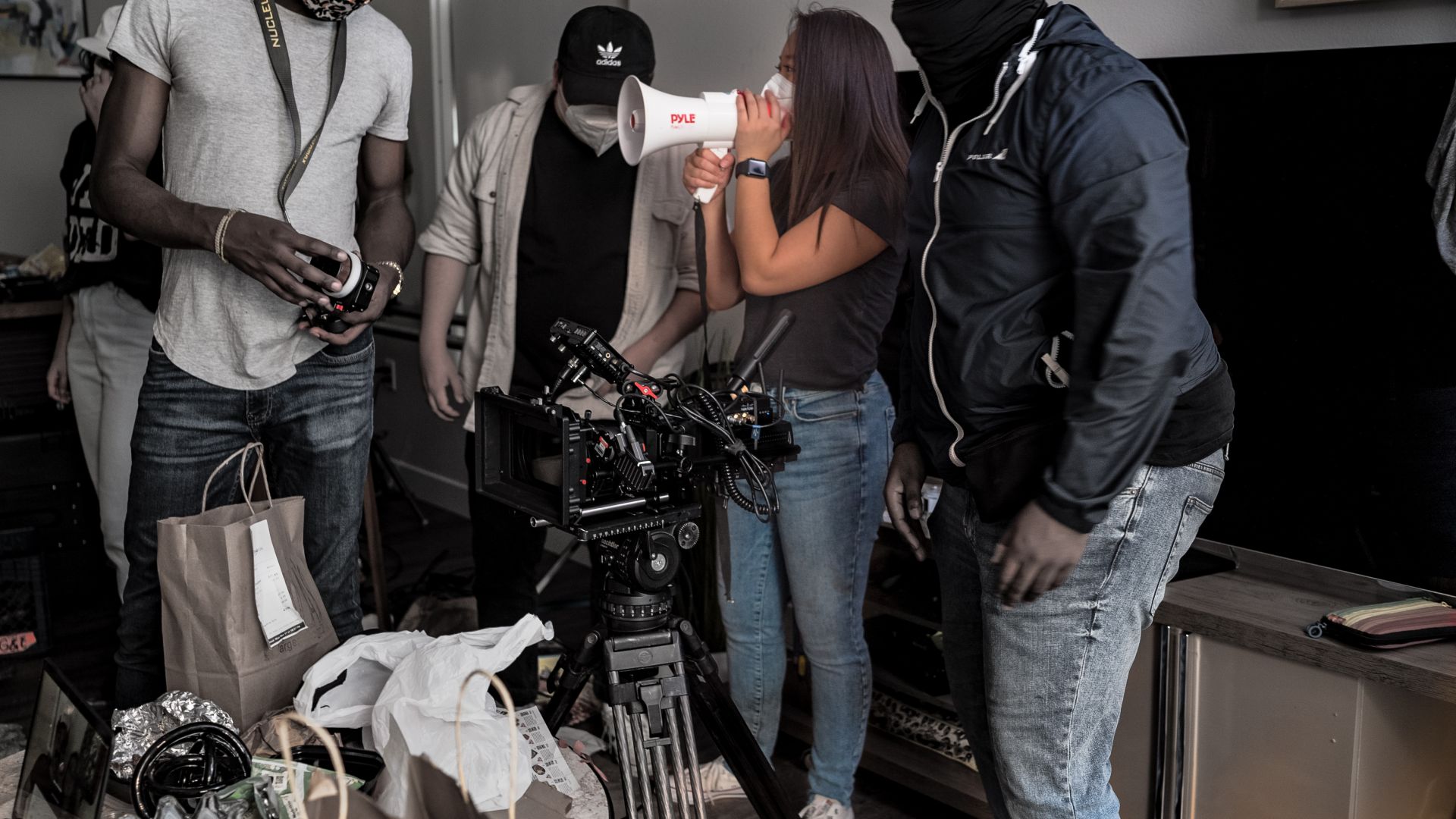 Who else deserves some credit and recognition?
I have always been blessed with an amazing support system that has continued to grow, especially since moving to LA. First of all, my parents definitely deserve the most recognition in my life. They gave me a loving home when I had no one and they’ve always cheered me on, no matter what the occasion. I wouldn’t have been able to do any of this without them and I hope they know how eternally grateful I am to simply have them in my life. I love them so much.

Similarly, I want to thank all of my friends who have supported me throughout my life. As an only child, a lot of these people have become like brothers and sisters to me. A couple people in particular that I want to shoutout are Lizané Botha (my producer) and Cortlin Barrow (my cinematographer). These talented individuals are not only two of my closest friends, but also my most valuable and valued teammates. I’ve learned so much from both of them and know that we will continue to create great things together. If you guys are reading this, thank you for always believing in my vision and helping me make it a reality.