We had the good fortune of connecting with Omar Scott and we’ve shared our conversation below.

Hi Omar, what do you want your legacy to be?
Business, hustle, entrepeneurism, whatever you want to call it, was ingrained in me from my early childhood. My mother’s father, whom we affectionately called Pop Pop, was a farmer, I loved spending time with him and half of that time was spent on the farm where he raised pigs and eventually focused solely on raising crops. The women in my mother’s family are all crafty and super stylish, and weekends were spent at swap meets selling their old but still fashionable clothes, crafts they would make, both sides of my family are extremely social and party people, known throughout their communities. This energy gave me the confidence to take my God given talents and do anything I imagine with them.

My family’s legacy is a big part of my personal legacy, they all valued education, loved people & didn’t mind putting in a hard days work. Parts of the area we were raised in outside of South Baltimore are named after our family name. I say this to say, in migrating to California, my goal was to reach larger platforms where like a prince representing his family name, I can place my flag and crest, clearly I watch a lot of Game Of Thrones lol. But seriously, my creative talents and ability to build organizations, educate and amplify people’s success is what I intend to continue to be known for, being a shining example of what my family has produced, we’re a group of people that add more to the world than we take.

Ambitious Moguls Consulting was founded during a time in my 13 career as a Department of Defense * Intelligence information technology contractor. I had grown frustrated with simply advancing in a career that I managed to hit a pretty high financial goal in early as a college drop out. It was great to hear people pat me on the back for turning a high school internship into a six figure career by 23, but I wasn’t able to really provide opportunities for my friends and other minorities. I spent alot of my late teens and 20s trying to figure out how to turn my aspirations of building a music brand much like Dame Dash & Russell Simmons, and spent a lot of time and money on the wrong things.

Those mistakes have turned into a lot of soul searching and reflection, which has in turn created a system of habits that positively rule my methodology and life. I decided to take my mogul aspirations, and turn them into an organization that is evolving into a replacement for traditional business education. I expedite success in others through learning them, implementing better practices into their life & turning their visions into tangible realities while guiding their execution. When I’m gone I want to be considered a Frederick Douglas of my time, and hopefully have built and donated buildings to communities that built me up like Baltimore, Washington, DC and my beloved HBCU Bowie State University. 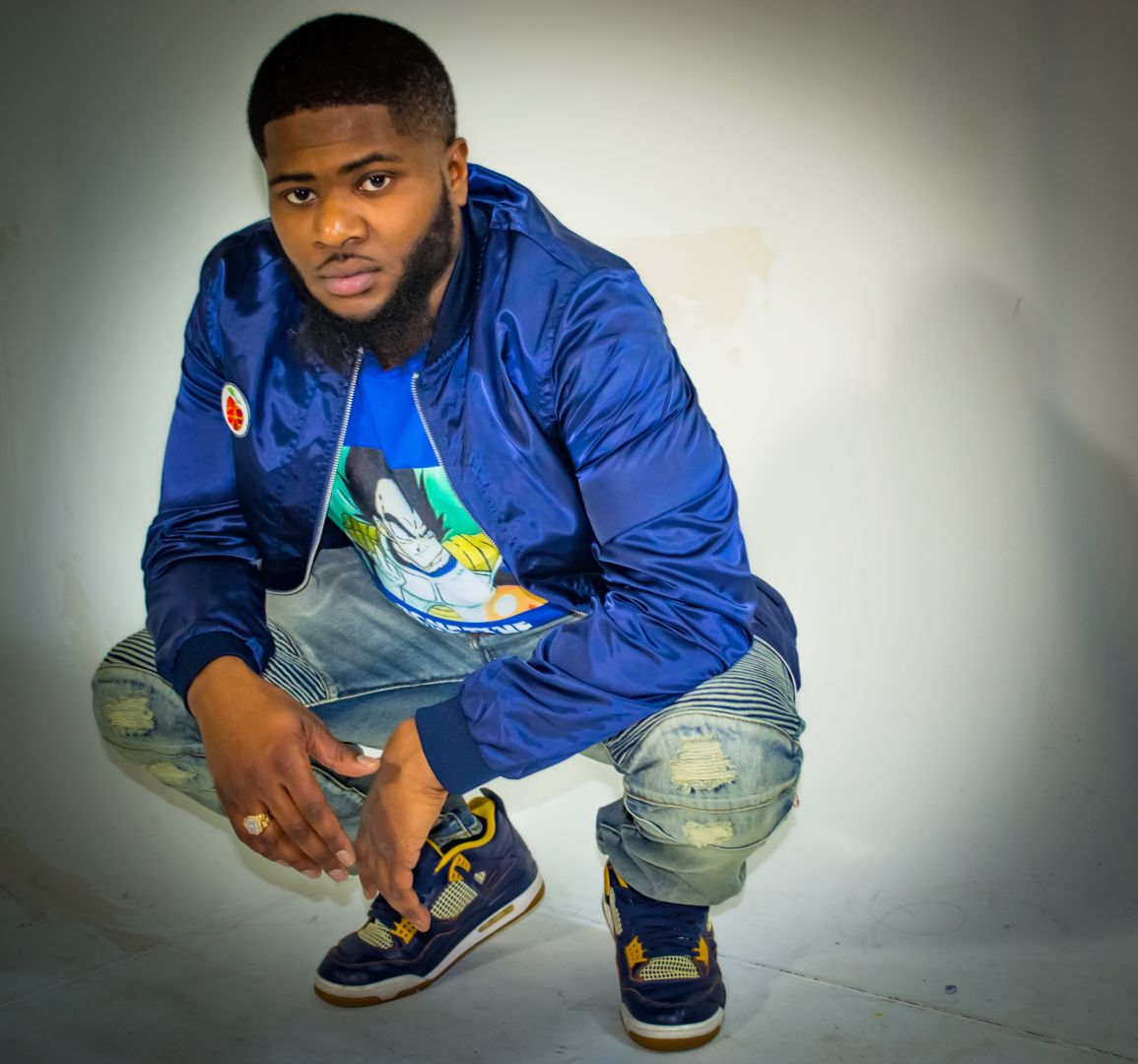 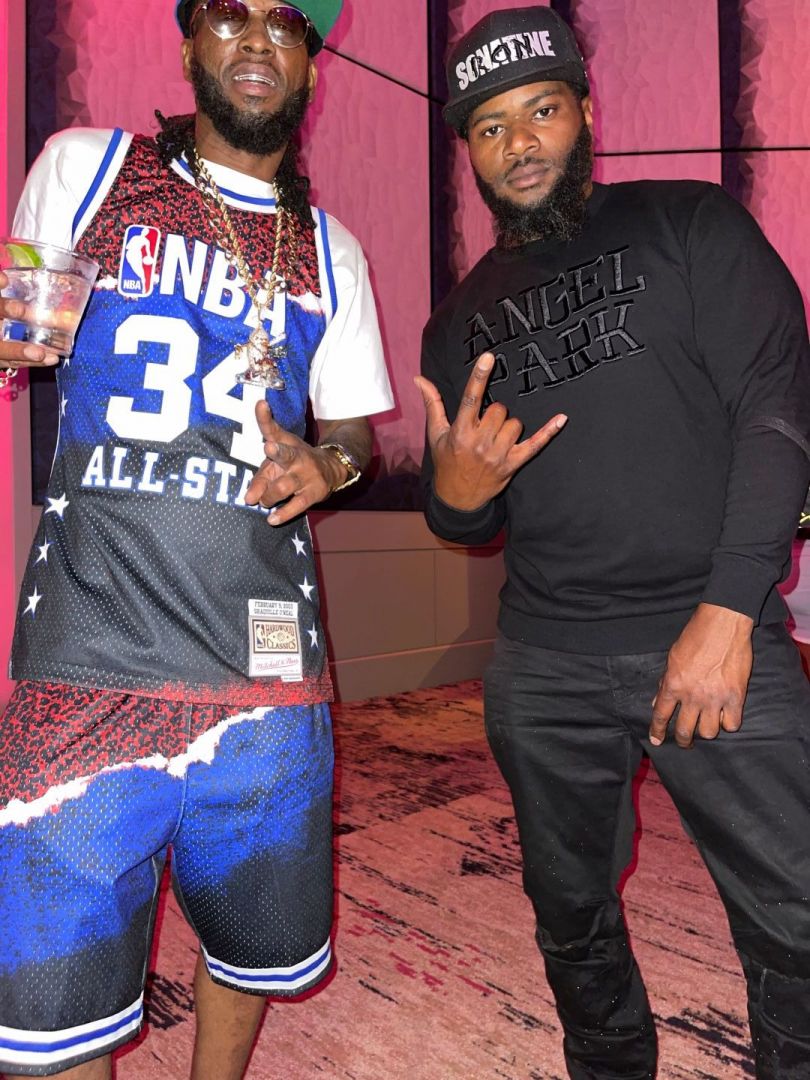 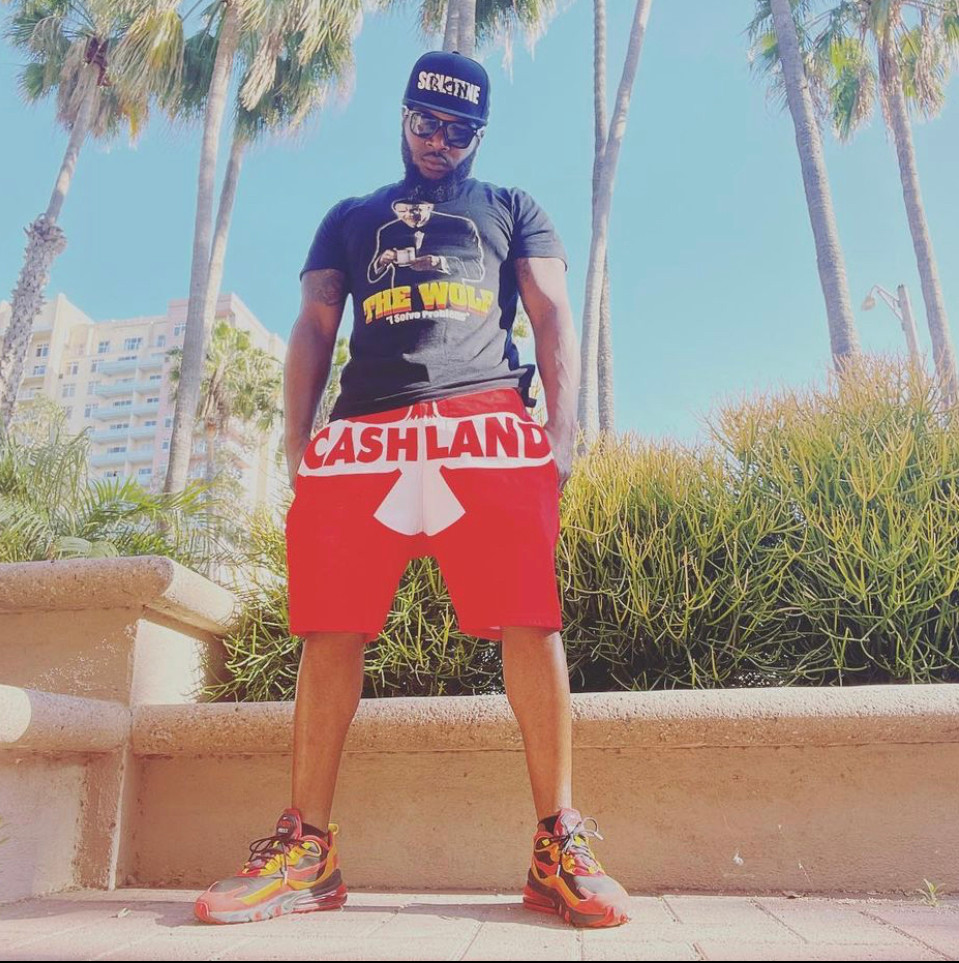 Alright, so for those in our community who might not be familiar with your business, can you tell us more?
The life I have lived has had me learn so many technical skills, industries & language that people use to conduct business. I’ve really become a psychologist when it comes to understanding what triggers people into sales, which means when I develop a brand I’m thinking reverse engineering what’s going to make people buy into it. From the conception of an idea to the execution of the tasks to organize a team and engineer solutions, my time in Federal government at the executive & management levels has allowed me to scale projects from the smallest of teams to organizations with hundreds of members.

My time in government was spent working on high demand projects that directly supported the Iraq and Afghanistan war so the margin of error and expectations weren’t what the typical people I meet have dealt with. I took this conditioning and brought it to the small business world where many entrepreneurs I met lacked the organizational structure and cultures that make their lives easier while making more money.

We live in a society that won’t give business loans but will let you go 6 figures in debt in school expenses. After teaching a couple years at a 2 years college and getting into an all out war with the school president, for having an inadequate curriculum and tools to properly teach students whom were promised jobs at completion of a program, and they could barely even write resumes. I freestyled the curriculum, created successes and vowed to spend even more of my time using Ambitious Moguls not just as a tool for quick and effective solutions for business owners, but to instill knowledge that will allow them to get to success quicker and keep it.

Lessons I’ve learned in teaching others is to always be in a state of being a student, keep learning and staying up to speed if not ahead of the practices in business and the way the world is changing. I pray for patience as some clients will try it, but I’ve learned to avoid energies that don’t work well with mine, or put buffers between us in the form of other people to translate my messages. I think we all can stand to use support teams and folks that speak our brand messages on our behalf. I don’t want people to see me as much as my growing organization and the light at the end of the tunnel that we get our clients to.

Let’s say your best friend was visiting the area and you wanted to show them the best time ever. Where would you take them? Give us a little itinerary – say it was a week long trip, where would you eat, drink, visit, hang out, etc.
DTLA Joey for a good lunch with a dope ambiance. Malibu for that edgy beach vibe.
Long Beach for a bike ride.
Taco Stands in general.
Midori sushi for all you can eat sushi.
Runyon Canyon for a good hike, though my local friends call it the tourist hike lol.
The Tomb 4k, aka www.4000West.com for any multimedia and filming needs.
Kush Life for exactly what it sounds like.
Lemonade Van Nuys dispensary for the Hip Hop Museum.
Santa Monica pier.
Rodeo drive for shopping.
Lunch on Melrose, too many food options.
A haircut for celebrity NBA barber @YSTheBarber.
Knott’s Berry Farm, haven’t been since a kid but I loved it in the late 80’s early 90’s I’m going soon.
Disney Land if you haven’t been to Disney World. 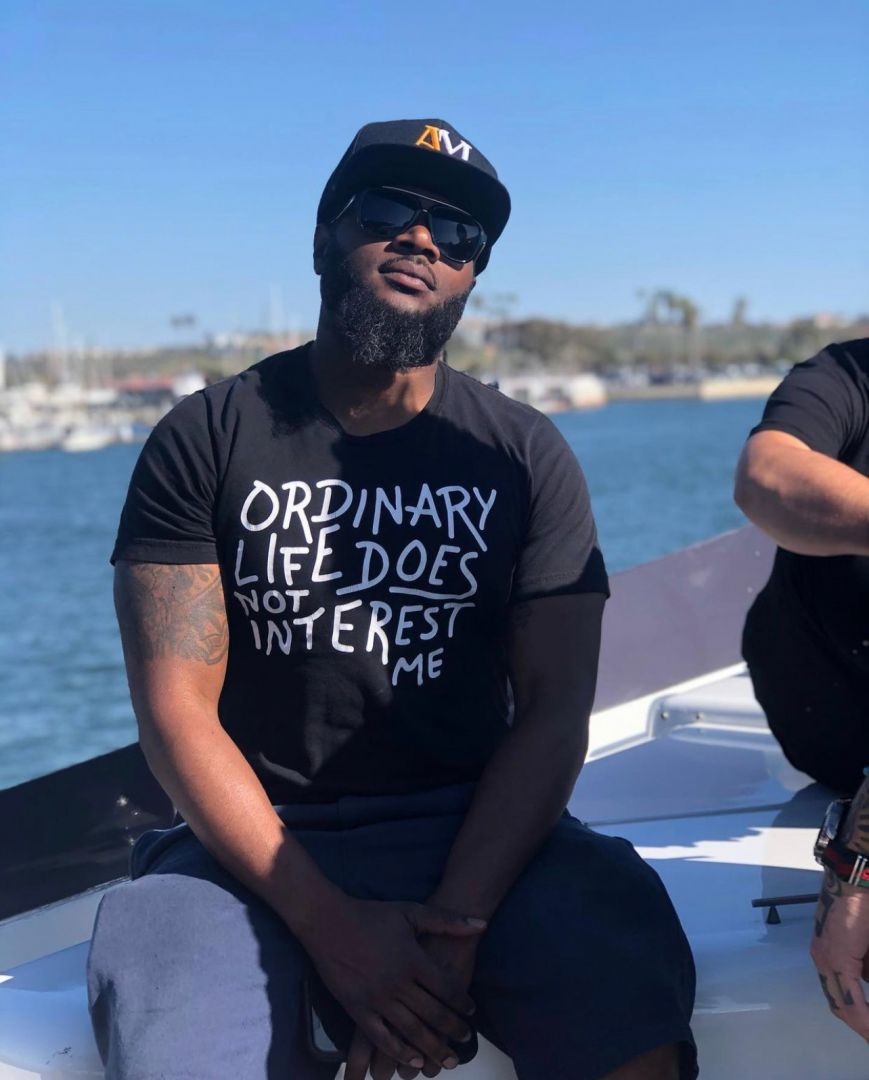 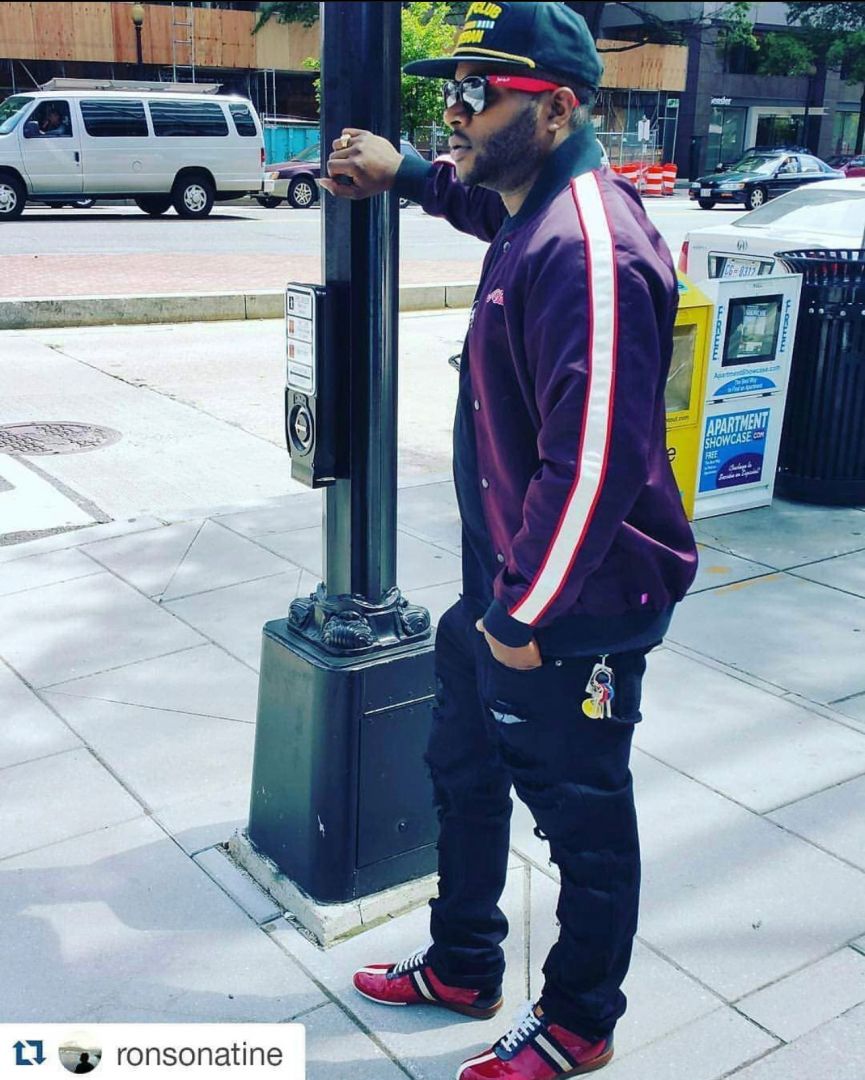 Who else deserves some credit and recognition?
My parents and large and supportive family, anyone related to the Matthews’ & Scotts’ already knows how we move and love.

Salute to the entire DC/Maryland/Virginia metro, especially Baltimore, those streets have been my playground from corporate boardrooms to the party life. I’m glad to have survived and thrived there and be able to open more doors for people where I’m from while we show our unique flavors to the world.

I want to thank Melisa Kim for suggesting I read Malcolm Gladwell’s The Tipping Point that taught me alot about social influence and making things go viral, and the sound advice she gave me almost 10 years ago when she became my first business coach.

Shoutout to Dr. Debra Furr-Holden an epidemiologist that has done amazing things nationally in urban crisis, she told me many years ago that I should life coach, and reminded me to always take ownership of my shortcomings.

Especially big shoutout to Elani Kaye of www.4000West.com studios in Burbank, she met me while I was filming a piece on homelessness, she was with a group giving food and clothes away. My goal in coming to Los Angeles 9 months ago was to get into a circle that would allow me to utilize all that I’ve learned in business on the east coast, and after one meeting filled with spiritual energy, she took a chance and allowed me into her circle. Her building is like Noah’s Ark to me, a lot of good energy, love & talent goes into the many mainstream & indie projects that get made there and it’s a pleasure to be involved in a bit of it all.

Big salute to Fatell of the celebrity FM show @AfterPartyRadioShow that gets produced in the 4000West space, working with these guys has created some of the best experiences I’ve had in California as we are all supporting and building brands with each other daily. Everyone in the industry should follow and take note.

Other: I appreciate anyone that took the time to read and dive into my thoughts. I hope we can connect and I can enhance your life positively. My media speaks to what I do, and there’s a ton of a lot of new stuff coming, as me and my team rapidly evolve. I pray you all are chasing your dreams. Peace, love and stay safe. Omar @RonSonatine Scott