We had the good fortune of connecting with Orlando Garcia and we’ve shared our conversation below.

Hi Orlando, why did you pursue a creative career?
I’ve always had the drive to create my own content early on, I grew up reading punk rock zines and buying albums via mail order, I didn’t realize a lot of the bands I grew up on were on the regional or national level, once I realized how so many of my favorite artists took a DIY approach to their music career, I thought to myself its possible to create your own space without mainstream appeal or permission from the gatekeepers, I’ve been playing drums in bands since high school, it was always something I made time for, when it came time to find a job, I would work wherever I could, my first job was at FedEx packing trailers, I hated every single minute of that job, it wasn’t really that bad of a work place but just the physical demand of the labor, very intense work and it was only part time but I was determined to at least be good at my job, eventually I got employee of the month so I think I hit my goal. I knew that wasnt where I wanted to be professionally, I worked at a party supply store for a few years while I started touring the U.S. with my other band Antagonist, we had released a few albums before we decided to slow things down so I had to find a “real job” once and for all, this time it was at a warehouse producing laminated panels, another place I didn’t want to be but I had to pay bills so I stuck it out for awhile, during this time Zombie Eating Horse was making tiny ripples in the LA music scene, I think the band was what really drove me to get serious about doing something creative for a living, at the moment I am a backline tech for Auntie M Creative Consultants, I specialize in drums and percussion. 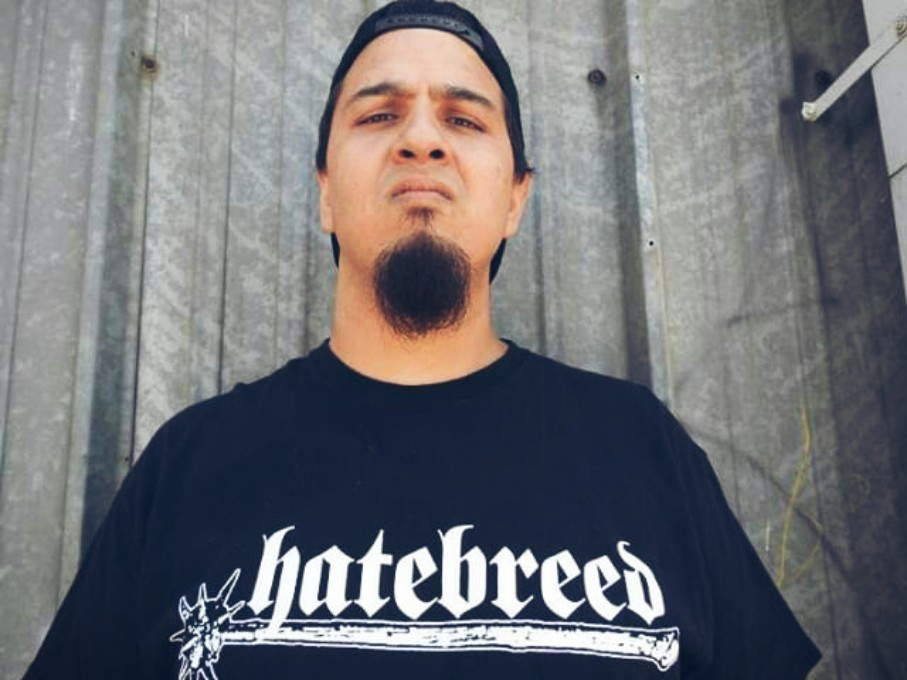 Can you open up a bit about your work and career? We’re big fans and we’d love for our community to learn more about your work.
The new EP from Zombie Eating Horse comes out March 26th 2021 on Infinite Strength Records. We worked really hard on this one, considering we wrote most of it prior to the pandemic, we used the extra time to dail in on the details. I feel this is our strongest batch of songs yet. ZEH has always had a different line up on every release, unintentionally, thats just how things happens, this time we have a new guitarist Julio, he brought some new life to the band with his influences and songwriting, as I type this, we are in the process of writing a follow up EP, things have been moving right along despite not being able to play live, one thing we realized about not being able to play shows is that playing the music matters the most, the audience can go away but you gotta keep the music alive.

If you had a friend visiting you, what are some of the local spots you’d want to take them around to?
I live in Whittier, CA which is South East LA, we have an area called Uptown Whittier that is filled with local restaurants and cafes, records stores and clothing stores. First stop would be at Birria Gonzalez, amazingly good food. Next we will hit up Lovells Records to browse for some vinyl and used CDs, they are one of the few records shops in the area still open from my childhood years, Ive bought so many peices of music media from that place. After some music shopping we need a refreshment from Chillin, they are a boba house, although I dont really do boba they have a great menu with something for everyone. Next we will check out whats new at Uptown 2000, they sell, t shirts and memorabilia, collectables, etc, we can get a whole new wardrobe, with pins and patchs to match, dont forget a Depeche Mode sticker for your car! Now for dinner we can go to Rusty Monk for brats or for something a little more simple, Rocky Cola for a burger and a shake. Too bad the movie theaters are still not open in Los Angeles, we have a sweet movie theater in Uptown. For drinks, there are many options for beer, not much options for alchohol but you can always go to Steves BBQ for Flashbacks to get your drunk on. After that I’m headed home, thats a day out for me! 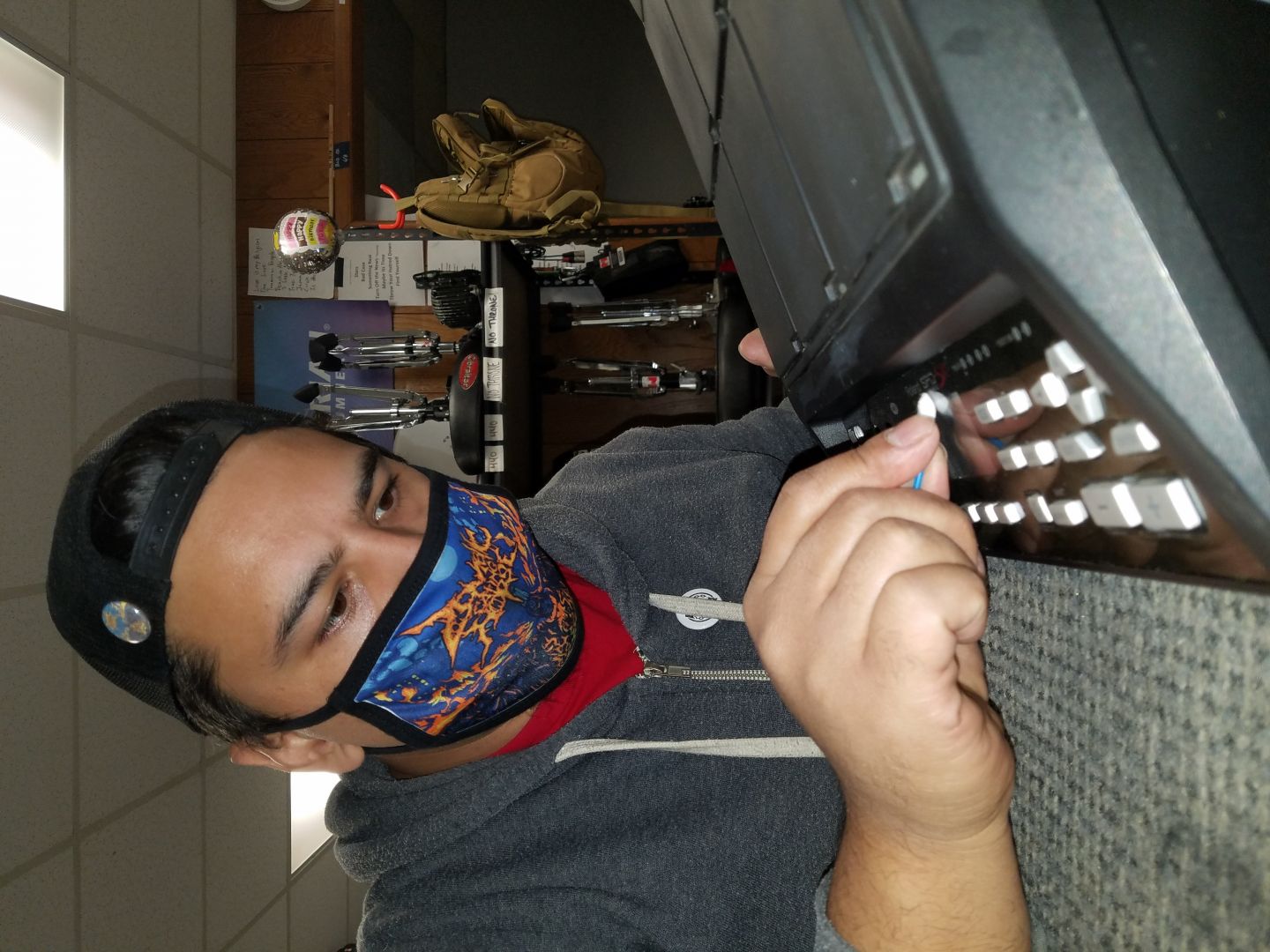 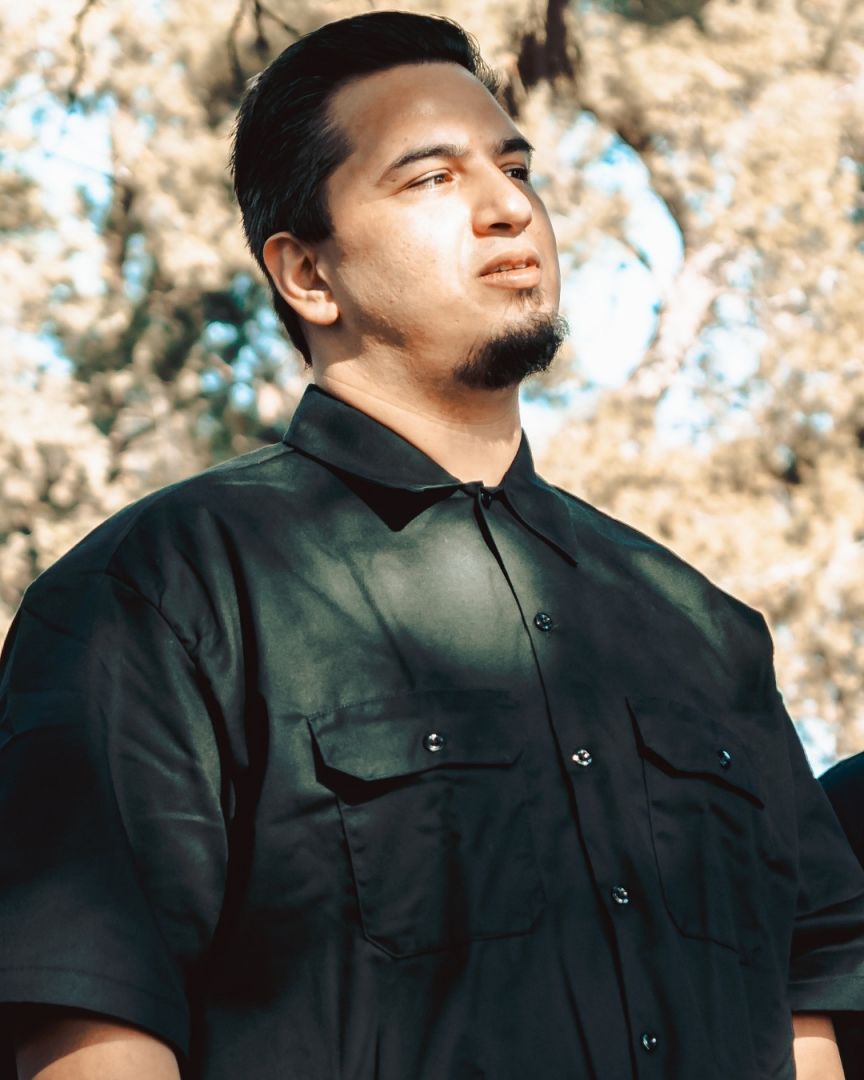 The Shoutout series is all about recognizing that our success and where we are in life is at least somewhat thanks to the efforts, support, mentorship, love and encouragement of others. So is there someone that you want to dedicate your shoutout to?
I’ve learned a lot from my band mates over the years being in a DIY touring band. My good friend Paul Salem (ex Antagonist) was an early example, he was the first person I saw doing things for bigger artists, booking shows and printing merch, how to release your own music, etc Carlos Garcia is my long time band mate in Antagonist, despite what the internet says, we are not blood related but he is my brother from another mother, he taught me probably the most about music, songwriting and guitar playing, we get together and talk about music for hours, we dont alwaya agree on things but thats ok, the difference of opinion helps keep things fresh. Another person I must mention is my good friend Nick Reyes, when things got tough with Antagonist and we needed to get some money together, Nick had all the best ideas. We are still working together to this day, from touring the US, playing in cover bands, promoting local shows to working for Auntie M, Nick has always had my back along the way. I know I’m forgetting to mention other people, my apologies.