We had the good fortune of connecting with Oscar Bugarin and we’ve shared our conversation below.

Hi Oscar, what led you to pursuing a creative path professionally?
I’ve always been an artist/creative of some sort, starting with guitar around 7/8 yrs old, having come from a family full of creatives, although most of them never called themselves that. It wasn’t until a few years into my military service that I realized I could reach my dreams and goals, that I left behind, with the right amount of discipline and a strong work ethic – my goals and aspiration weren’t so “lofty” anymore. I realized that it’s just part of who I am, and I should be creating daily, as much as I enjoyed being in the service and doing it for my family and country, I knew I should get out and get back into music. I ended up performing in a singing competition on my second deployment in Africa and was sent home a few months early to perform in the finals back in San Antonio, TX. No I didn’t win, but I did meet some amazing music industry professionals and coaches who told me nicely, “what are you doing here? get out and get back into music!”. Still, I took a long time to carefuly consider the new life path, and if I really did want to enter into such a cutthroat business that’s so hard on family and my overall health, asking myself if I did in fact really want that life. I guess I just saw it as more excuses to not go through with it, and I ended up loving every second of performing in LA, and writing, dreaming up new songs and ideas for the future. Most of all I loved making people happy with music and great performances, and gave people a good time or just a break from the normal mundane “same old same old”, I live for that stuff, to hopefully inspire people and or make they’re day better for a good 3 min and 45 sec. 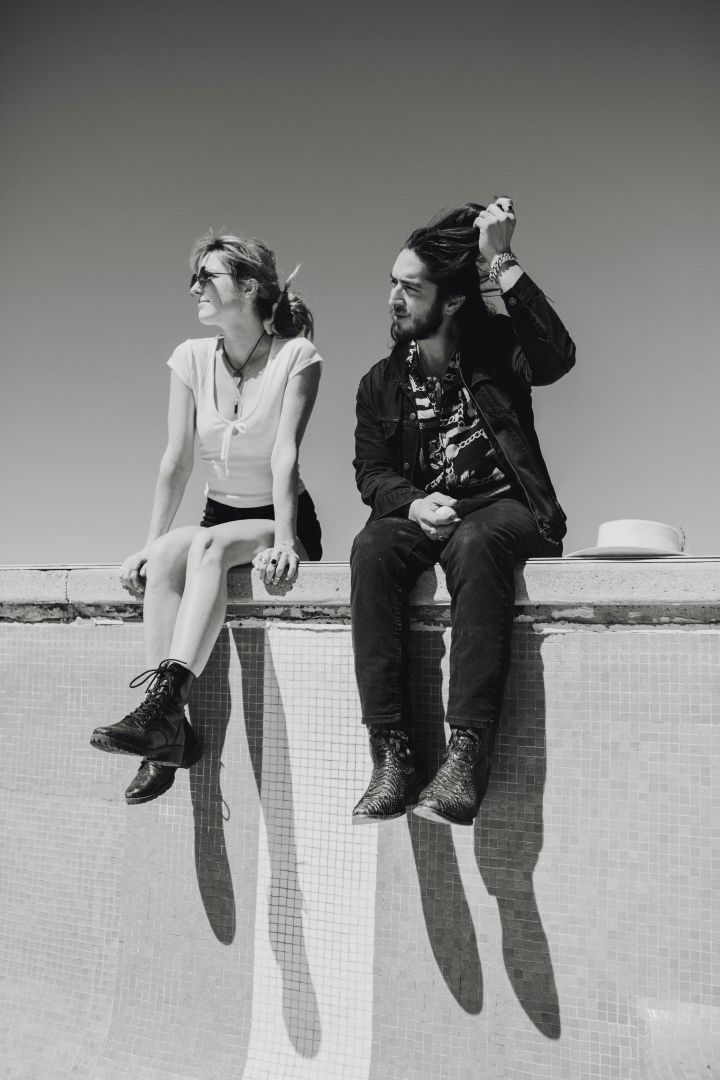 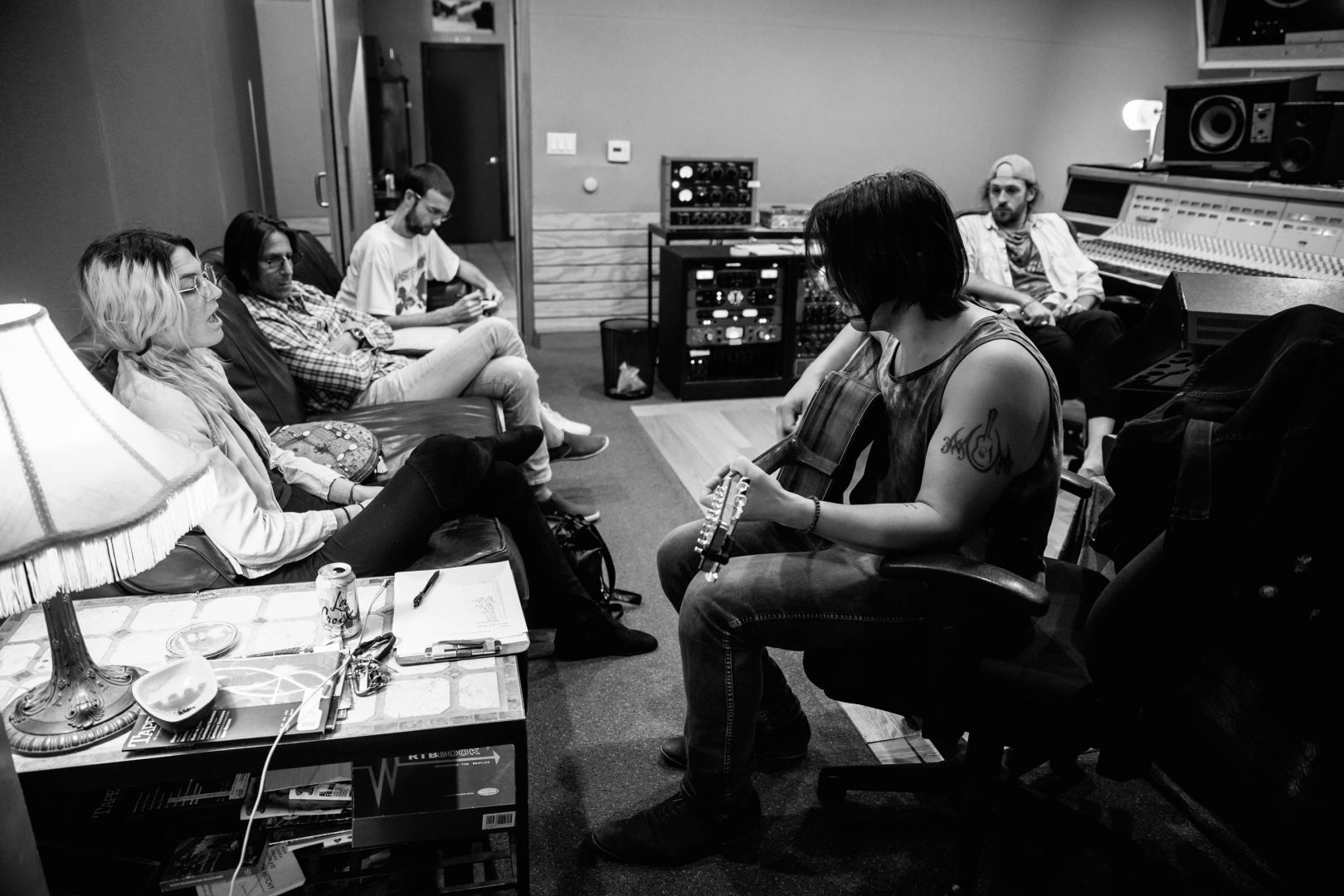 Can you open up a bit about your work and career? We’re big fans and we’d love for our community to learn more about your work.
I think my first challenges was overcoming self-doubt, I had walked away from the idea of making a living as a musician and songwriter, feeling like I had no place in the current music world at the time. I was a kid that loved the Blues, Classic Rock, Motown, Soul, and R&B, all things vintage, I felt like I never really related to most of the music that was being made in the early 2000’s. I decided to join the Army in 2009, being a kid from a lower-middle class family with no connection to the music world, and no real directing or experience in the world, I figured that was my best bet to get me started in the world, and I was a hungry for some adventure as well. Little did I know that the Army would bring me closer to music, even though I had almost completely stopped pursuing music and wanted nothing to do with the current music world or fame. Still found a way to get a guitar in my hands, and even writing funny songs about people in my unit when we’d sit around and smoke in the “Smoke Shack”, or whenever I felt inspired, but I guess I thought people didn’t care what I had to say so I had no intention of ever releasing music. It wasn’t until my second deployment I made the decision to actually go after it. I had entered into a singing competition, in Camp Lemonnier, Djibouti, Africa where what I had thought was just a karaoke night to go and sing for my friends, ended up being something called “Operation Rising Star”. It was the first time performing in front of an audience in long a while, let-a-lone without a guitar. I ended up advancing to the final rounds in San Antonio Texas, where I met some music industry who brought us through some “American Idol” type of schedule, but most of all it made me feel the happiest I had been in a long time, and I developed my voice for the first time as well. I still had a few years left, so I practiced more and started planning to get out of the military. I knew from my studying my heroes lives, like Stevie Ray Vaughan for example, where he had met his band members through the network of musicians who would swap between bands in the Austin circuit, so I set out to find a network of musicians I could collaborate with as well. At that moment I felt like I needed to catch up for sure, and a little disappointed that I didn’t muster up the courage sooner, but I knew hard work and dedication to the music would pay off. After I left the service and had to face the real world, I threw myself into audio engineering classes/guitar courses, playing live shows as much as I could physically able, and playing in 3 bands at one point. I ended up having two bands that I participated in writing and also writing my own songs, I started to develop a voice and a style of my own witch was a tip of the hat to my heroes. Not to mention it was fun to see people get excited to hear music that I loved and was missing as well. Now I perform and write in Calling Cadence, a singer-songwriter duo with vintage vibes, and The Things, which is a blues/psychedelic grungy rock band who just put out an album called “Vicarious Catharsis” recorded at our house in Palos Verdes, CA on tape and analog gear. Calling Cadence as well is about to release an all analog record by the end of the summer under Hi-Res Records, and I am excited that there will be a vinyl record that has been mastered by Kevin Grey of Cohearent Audio to hit shelves this year. I was only dreaming when I got out of the Army be apart of at least one all analog record, but the fact that two are being released in the same year, is in fact a dream come, and then some. I’m more than grateful to be apart of the music. Some days it’s easy and feels like a flow, others it’s like pulling teeth, but I remind myself that’s it’s not just about me, I love making music for people who enjoy it and call it their own, and make some amazing connections and memories. Next, we at The Skipper Room wants to purchase a property together, big enough to build a fully sustainable living space for Artist to live on, visit, create, and collaborate freely. Our Collective is continuing to grow, and we just put on our first music festival this past June 2021, in Santa Clarita called The Musical Meeting of Magical Minds (MMMM Fest) and we hope to have another at the end of Summer 2021. My hope, and the people at the Skipper Room hope to bring good music, joy, and light into the world through the form of blues and Rock’n’Roll, we just want to have a good time and everybody to have a good time with us. 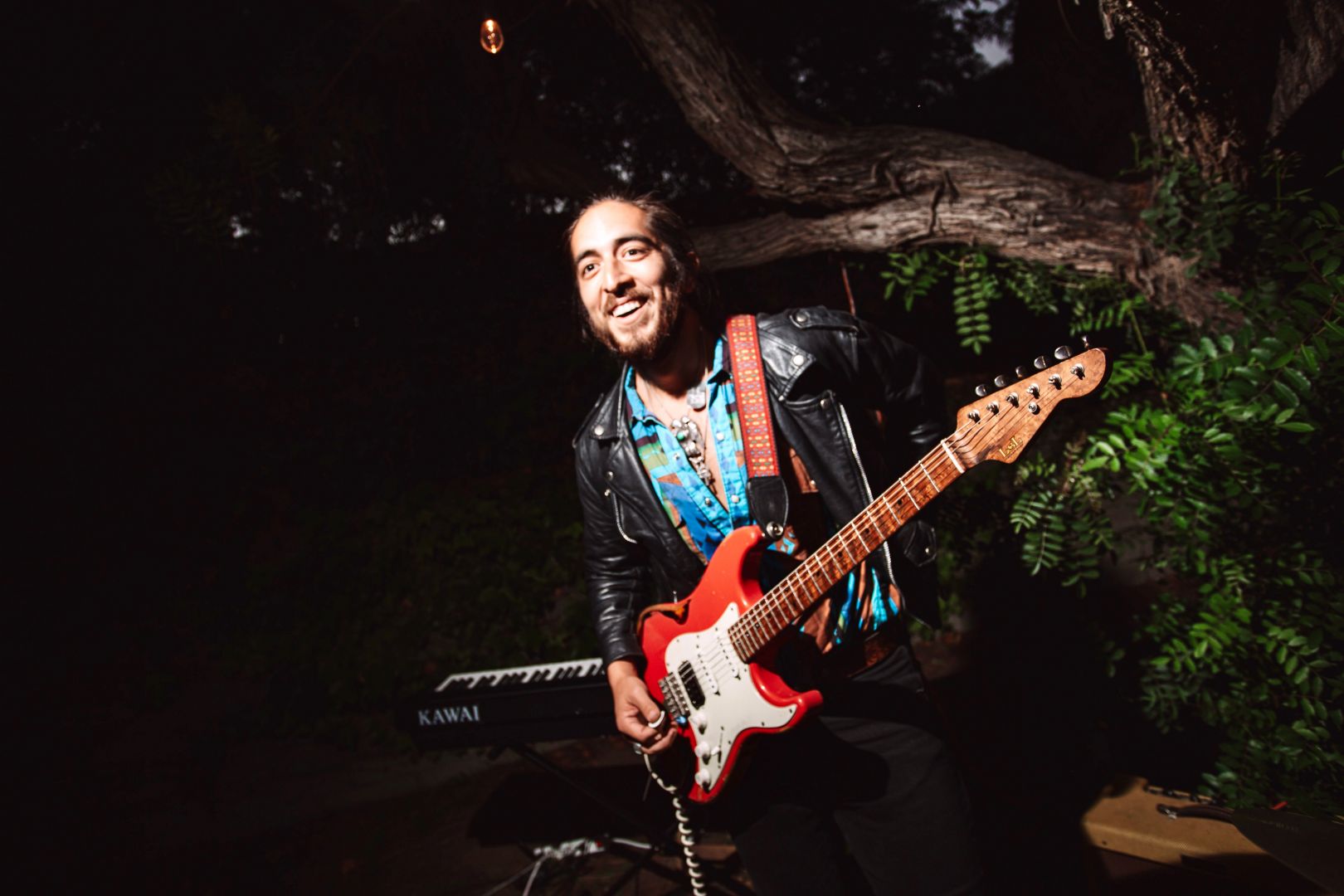 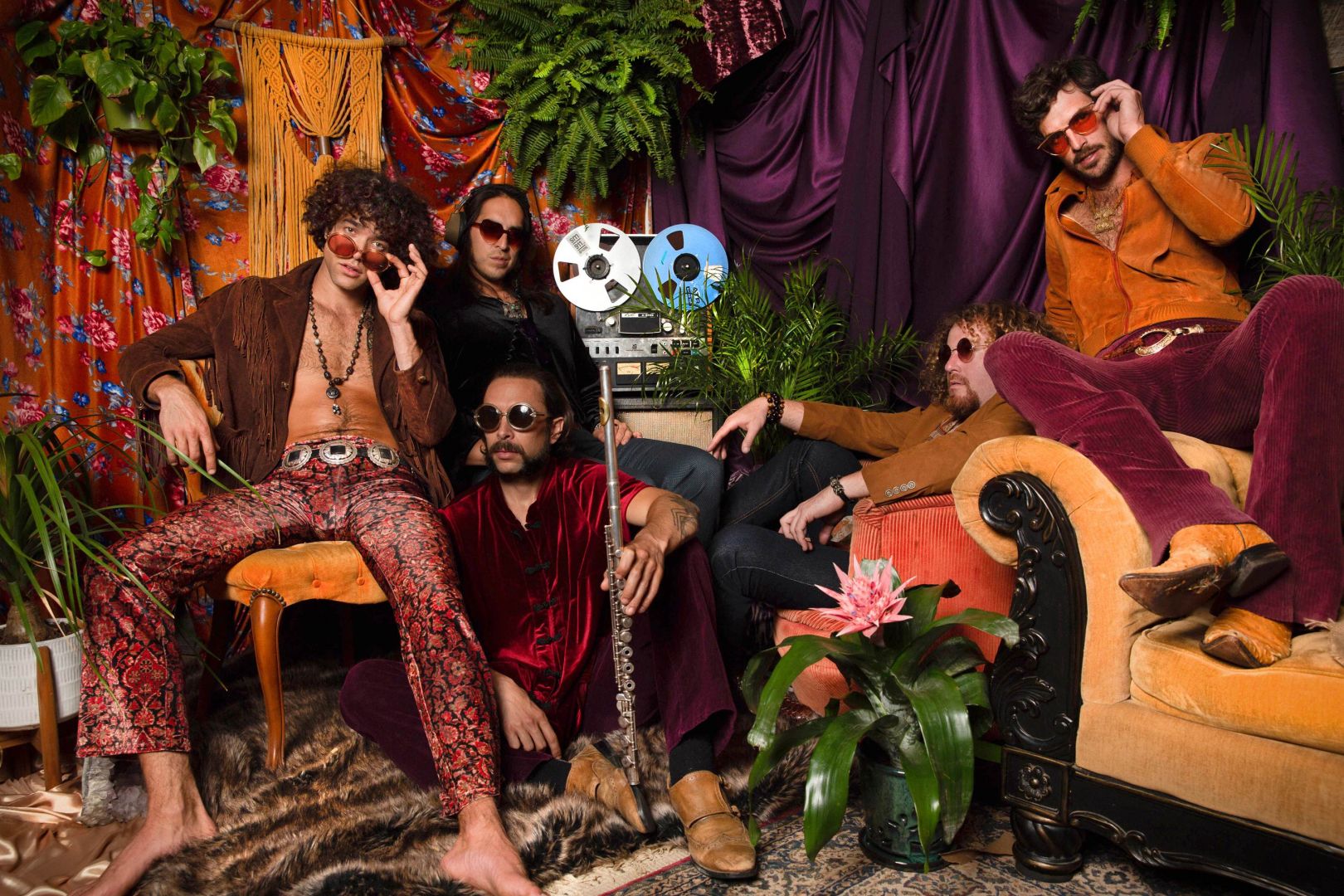 If you had a friend visiting you, what are some of the local spots you’d want to take them around to?
To tell you the truth, I would say come to the Skipper Room. So I’m very lucky to live in a place that houses some of the best people in LA. Where we live, record, and make art all day. We all started to really dedicate ourselves to just making music full-time during the beginnings of covid, but we also host nights with music and food at our space. When people come they always say it’ s like a portal back to the 70’s and the whole hippie scene. We’re planning on building up this Art Collective and buy property someday as a central hub and then take the Rock’n’Roll Circus on the road. Down the hill is the Riviera Village which has a nice little night life and shopping by the ocean if you feel inclined to go see the sights after spending some time at The Skipper Room. 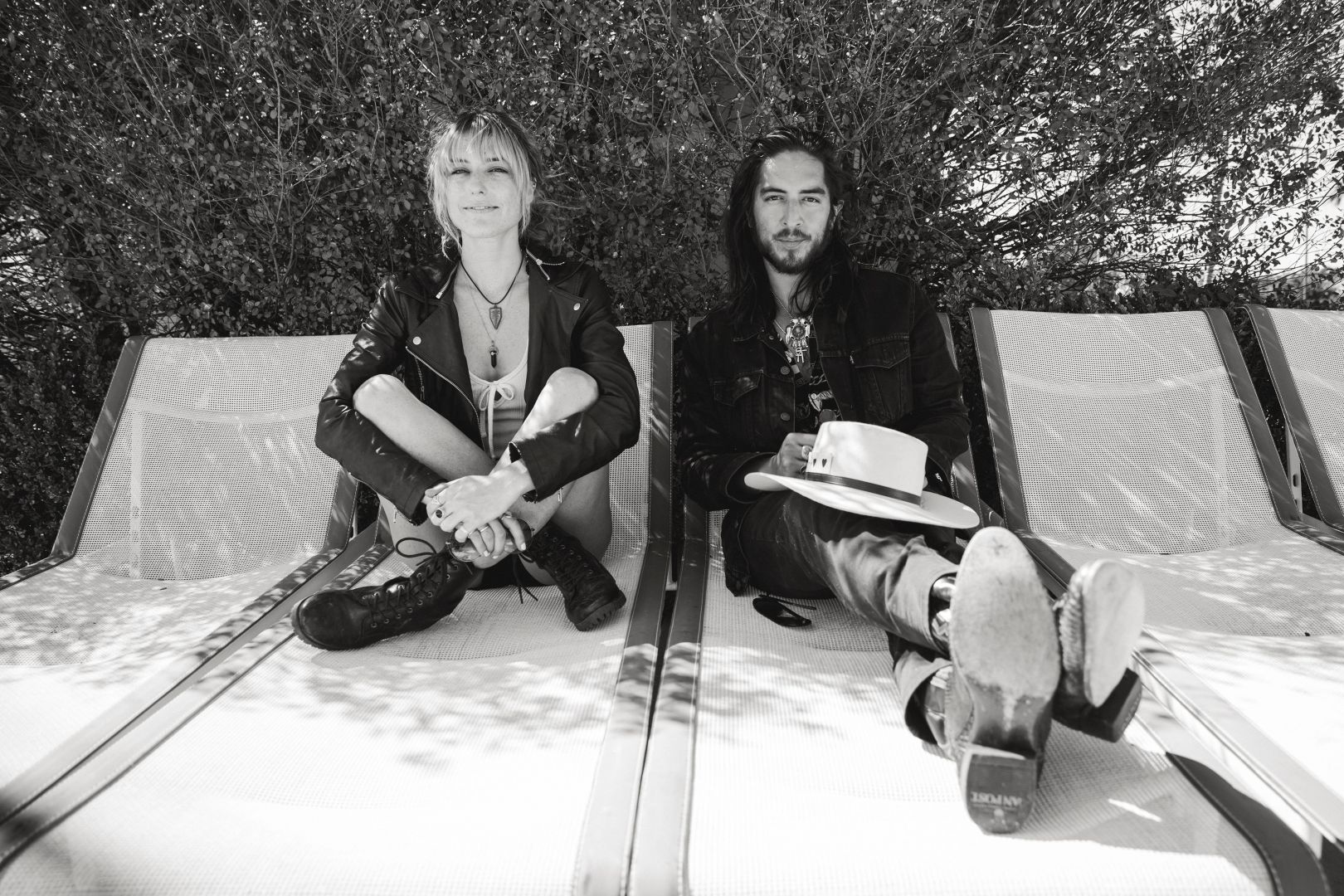 The Shoutout series is all about recognizing that our success and where we are in life is at least somewhat thanks to the efforts, support, mentorship, love and encouragement of others. So is there someone that you want to dedicate your shoutout to?
David Swartz our Calling Cadence manager and Matt “Linny” Linesch our producer, we owe a lot of thanks to these two gentlemen and I’m so very grateful to work and learn from them. Coby McLaughlin and Rae Cole, thank you for you those hours and nights we spent together writing some great songs and stories based off our crazy lives, what a wonderful journey. All of my friends and family at The Skipper Room, thank you for reminding me how amazing life is and supporting me, I hope the whole world can experience life like the way we do. Always, Love. 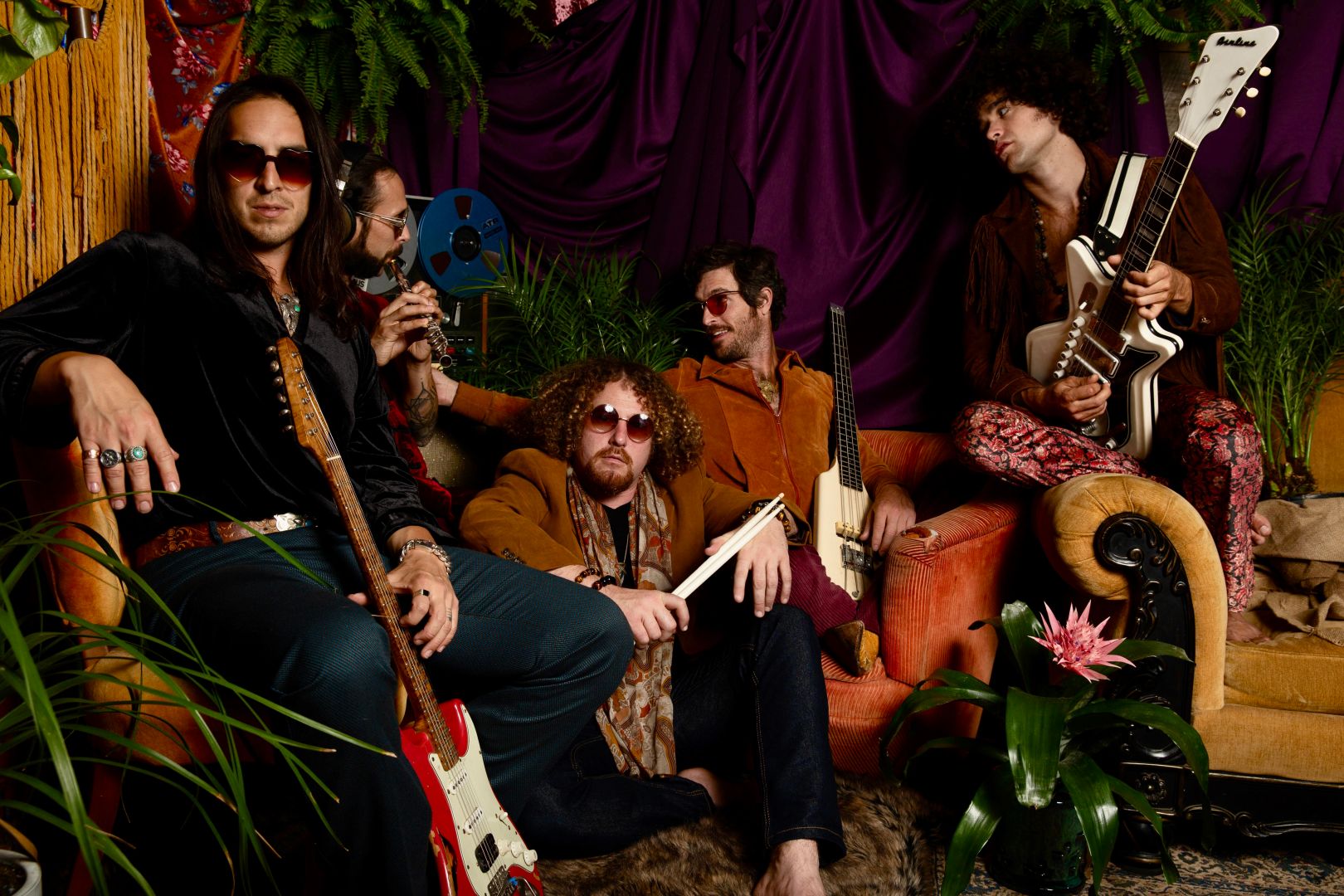