We had the good fortune of connecting with p.m. lipscomb and we’ve shared our conversation below.

Hi p.m., how do you think about risk?
Choosing the path of making your own movies for the rest of your life and being from the small town of Hamilton, Ohio is in itself a risk. There’s noway to have the foresight to have seen that, fifteen years later, I’d be living in West Hollywood and have made three feature length films and thirty six short films. In the beginning, I chose the path of filmmaking my favorite past time and didn’t keep track of how anything might have come to be. That’s how I always lived my life. Which truly, to some, that sounds like not the most responsible decision to make. School never sat well with me. Looking back, it is obvious that education is a very good thing. Unfortunately, at the time of my entering into its system, it wasn’t exactly setup for a visual learner. Needless to say that movies grabbed me. On April 23rd, 2006 I was living with my roommate, Danny Jansen. I recounted a dream I had to him. Proceeding its conclusion he replied, “You should make movies.” I was nineteen and a bit lost. For some reason, this moment grabbed me. Everything from my past suddenly made sense. Thankful that the idea of the this new, exciting, bumpy road, in which the artist’s life is, ironed-me-out and kept me headed down the right road from then on. 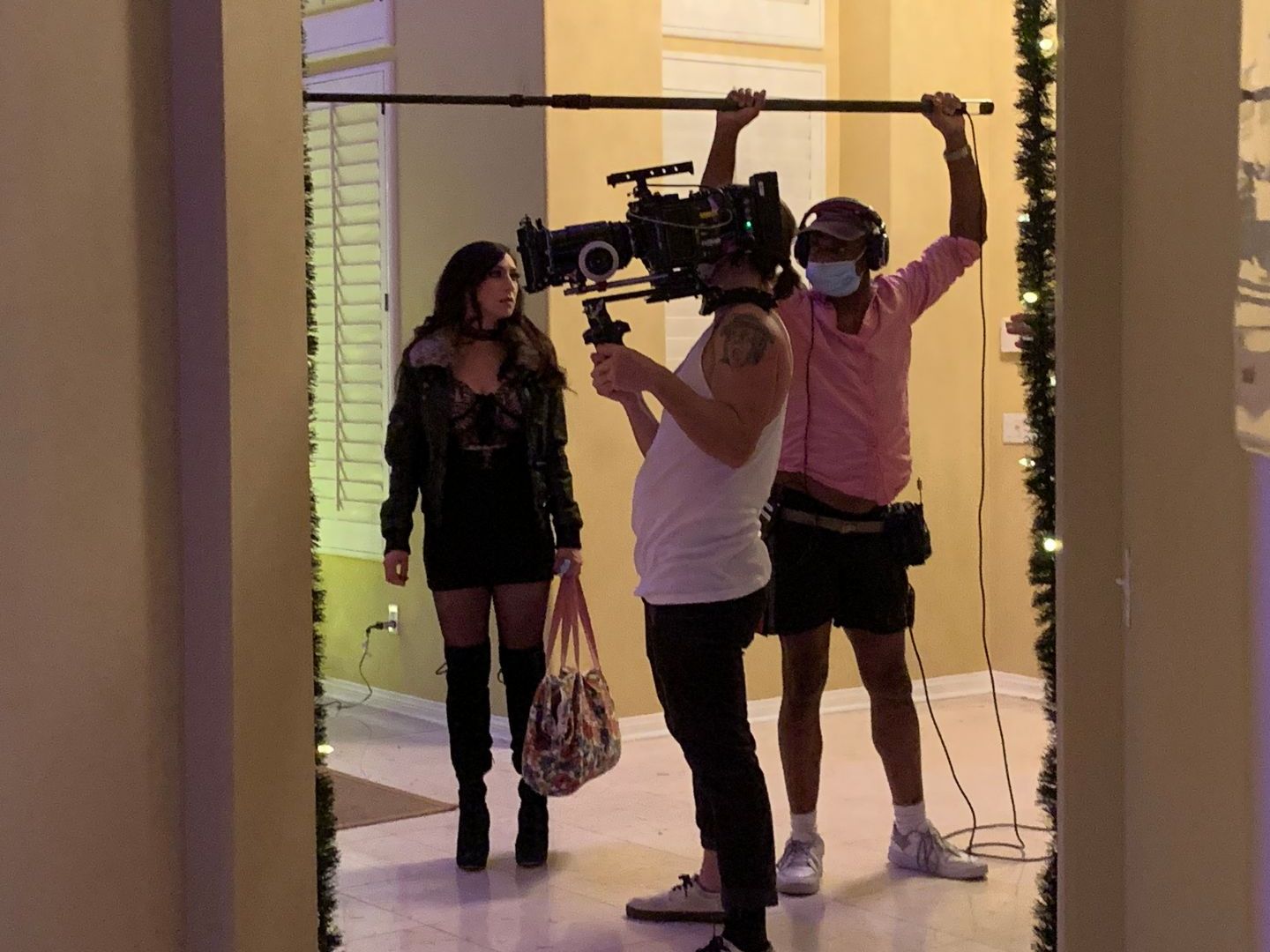 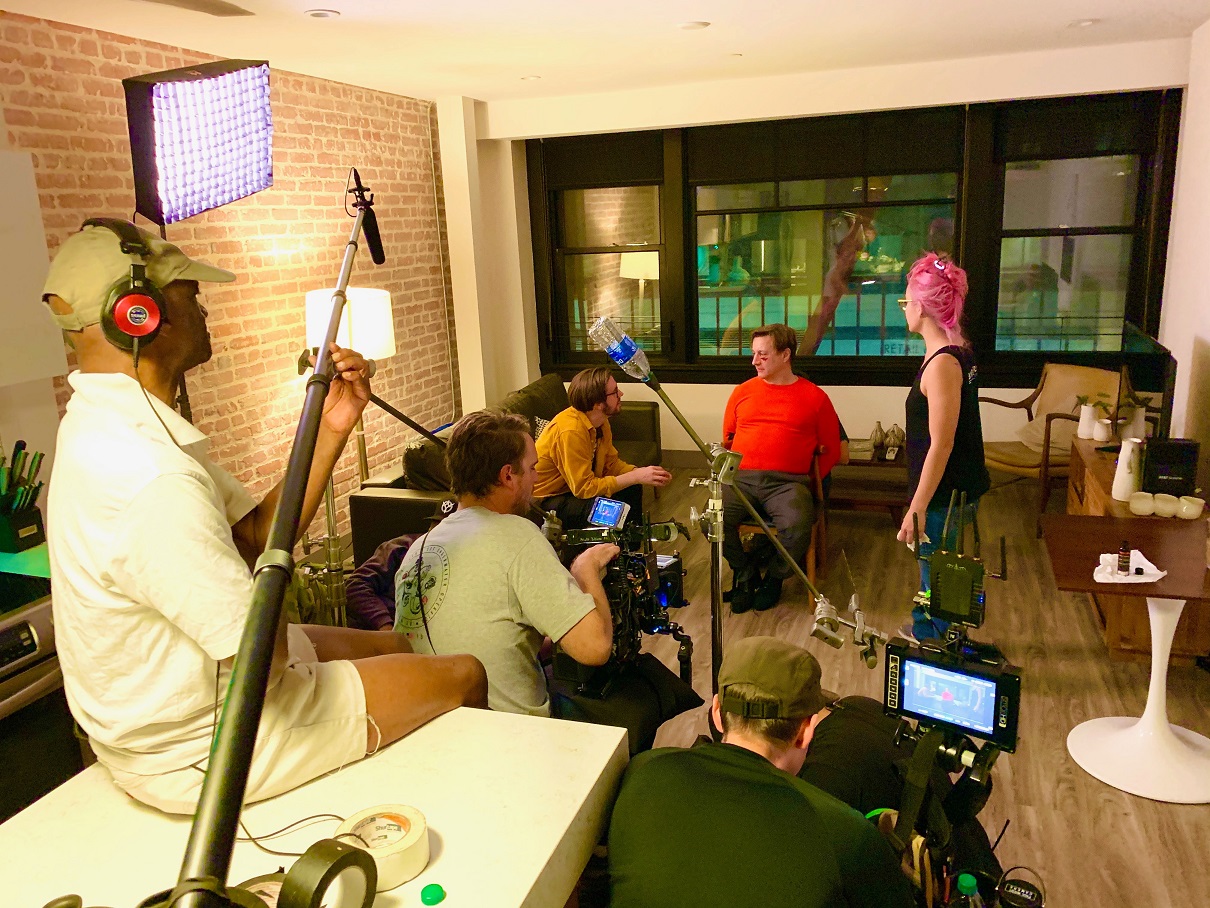 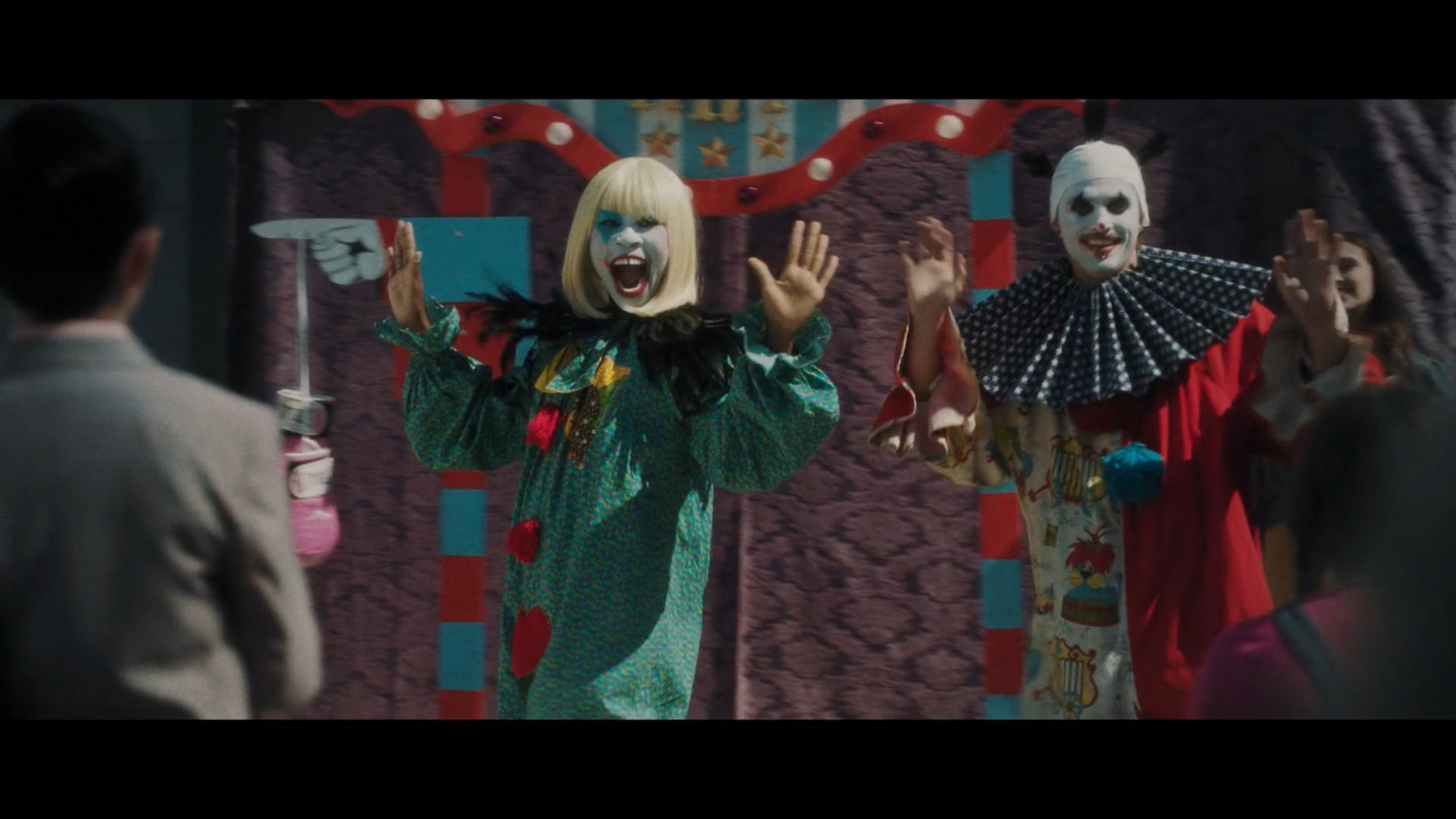 Let’s talk shop? Tell us more about your career, what can you share with our community?
Over the past fifteen years I have made numerous movies. I’m incredibly interested in creating images and juxtaposing them to achieve an effect that could not have been predetermined before having created the two images first. I will forever explore this notation in short films. A great example of this idea is my film, “eye lie”. This can be found on Vimeo or YouTube. “eye lie” consists of individuals telling the camera two lies that either they told someone or someone told them. I wanted to travel not from location to location but from psyche to psyche. In the beginning of me learning a camera, I use to set it up on the street corner and would film the intersection. Then I’d watch the footage to analyze the natural choreography of the world. I believe exploring images in anyway possible can help all forms of visual storytelling and future dissection of any genre desired. CLOWNING is my first movie with a budget that we filmed in and around Los Angeles over the course of seventeen days. Needless to say, going from filming a street corner to being able to supply permits to have control of that street corner was a very large journey with tons of life lessons. One lesson I live by is, “you must navigate from where you are, not from where you wish to be”. We continuously project desired placement in the world but to continuously ground yourself is the first step into taking a byte out of the elephant a day.

If you had a friend visiting you, what are some of the local spots you’d want to take them around to?
Everything depends on the type of person. However, LA has something for everyone. I’m sure they would like to visit the Hollywood sign, see the Hollywood Stars. Would probably take them to see the any other Hollywood sites first because I love movies! Then we’d head out to Venice and rent some little dune buggies and drive like lunatics all over the beach. Again depends on the person. Maybe they’d like to be a bit more fun. Have some bonfires out on the beach at dockweiler beach. Best way to end a day. We’d go see a few movies throughout the week and some classic spots like, Vista Theater. CLOWNING has a scene in it out front of this theater. Also see some movies at some of the other classic movie theaters in town as well. The Beverly, Egyptian etc. 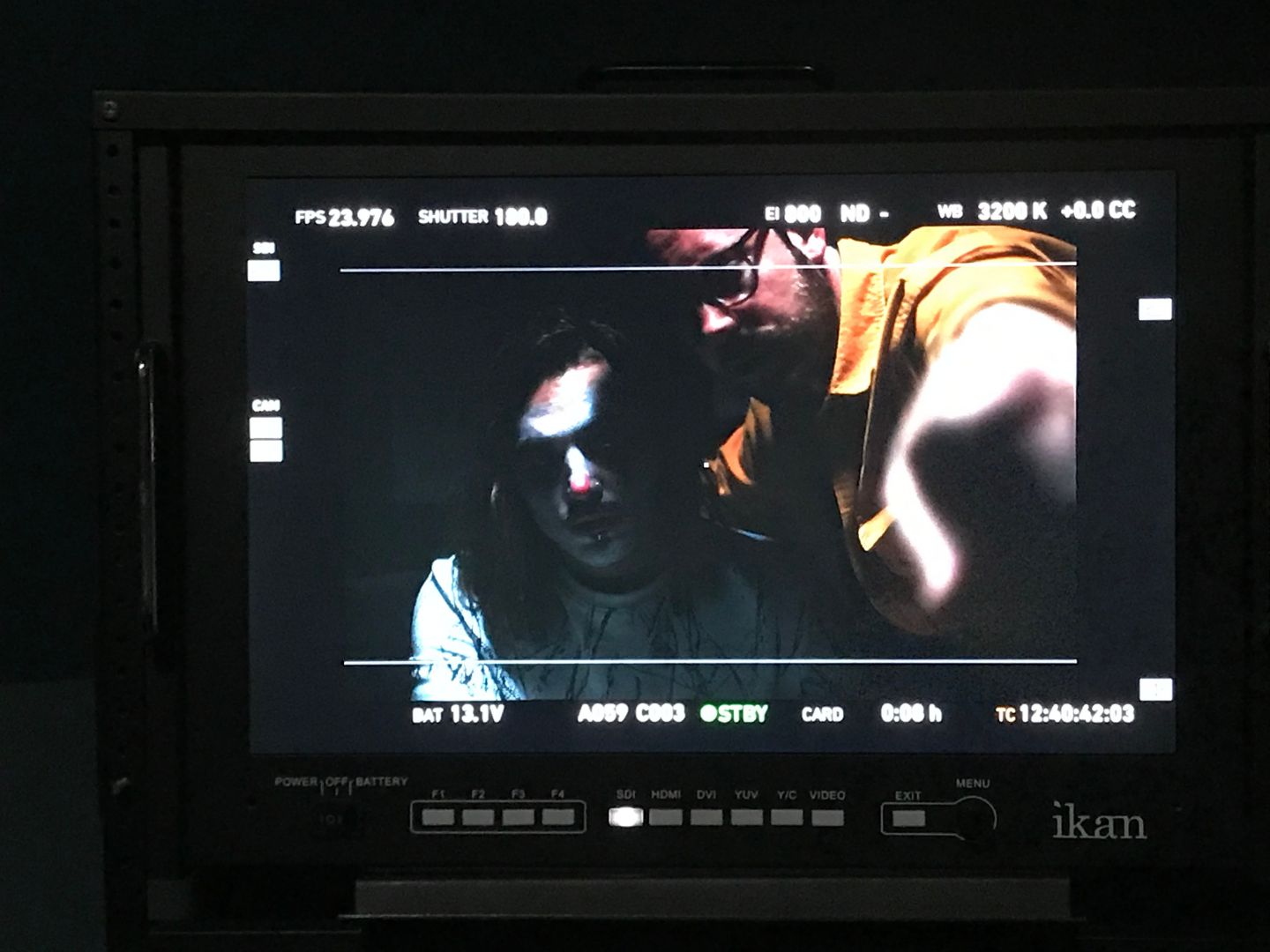 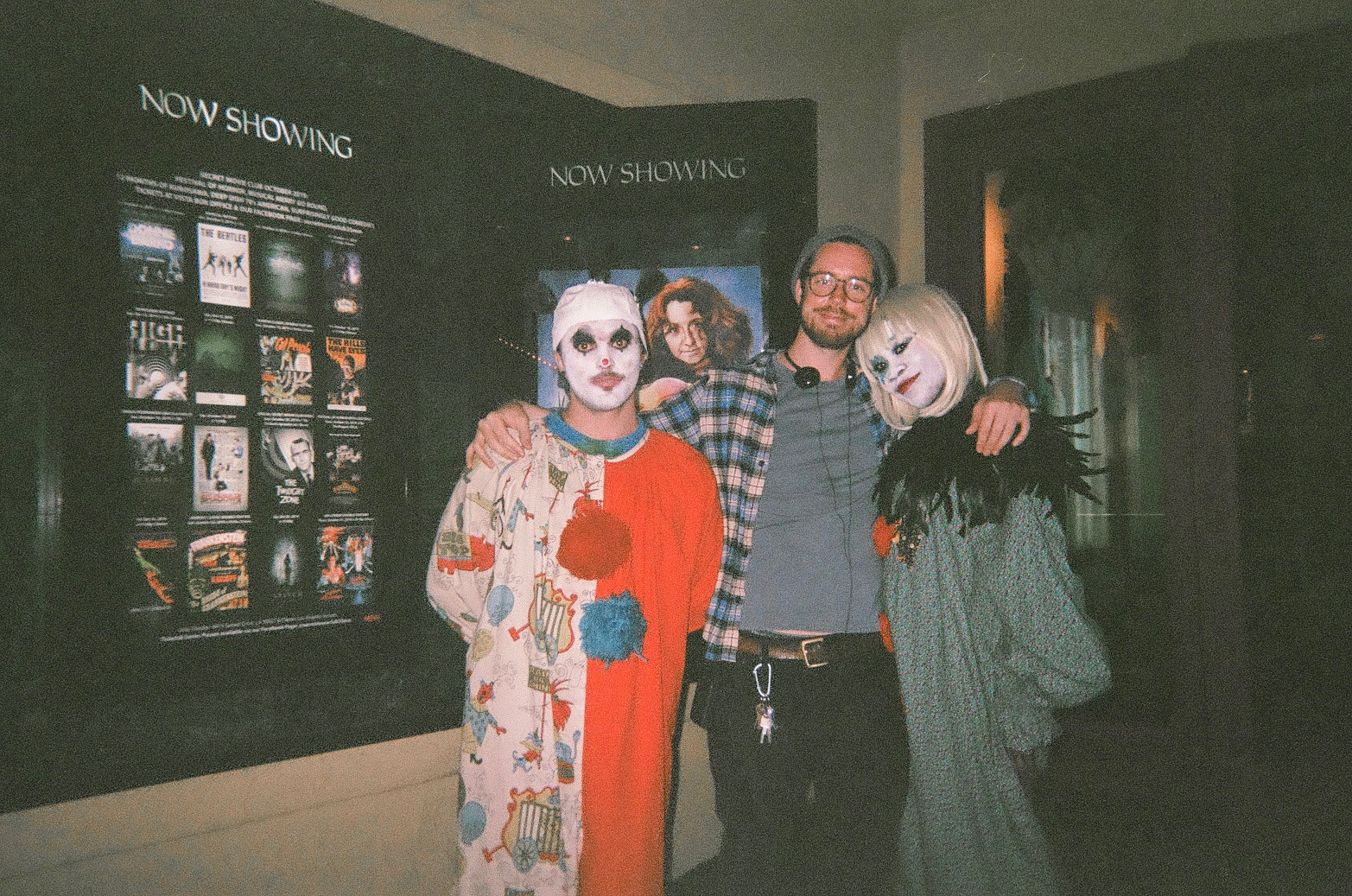 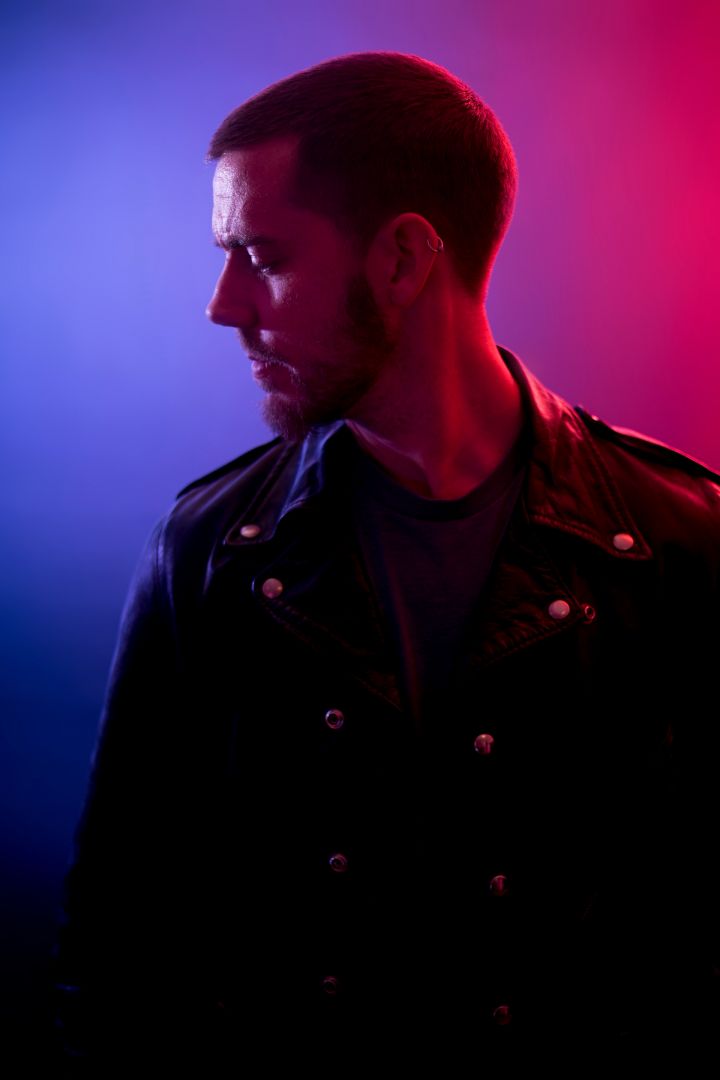 The Shoutout series is all about recognizing that our success and where we are in life is at least somewhat thanks to the efforts, support, mentorship, love and encouragement of others. So is there someone that you want to dedicate your shoutout to?
I’d like to dedicate this shoutout to brotherhood. Jonathan Gaietto is my long term producing partner. He stars in CLOWNING as Dante. A hippie-pacifist who makes lip-balm called mama earth. His company isn’t doing well so he becomes a birthday clown named Milo. That’s where things go wrong for him. Before this film we starred in numerous other projects and has been helping me produce movies for years. We both moved from Ohio around the same time. Our creating movies together reaches back years ago on the streets of Cincinnati, Ohio.

Image Credits
The description of the image has the name of individuals in the shots.

Meet Krystal Thomas: A Woman Is & I Need You Founder