We had the good fortune of connecting with Padraic Culham and we’ve shared our conversation below.

Hi Padraic, what led you to pursuing a creative path professionally?
Growing up in the 80s, I was molded by everything the pop culture movies of that era had to offer. In addition to being enamored with the spectacle, I was intrigued by how they did it. From the epic effects of Star Wars (of course) to the lowest budget horror flicks, I was fascinated by the wizardry of effects. When I was in grade school, I learned there was a job specifically for special effects in movies, and that’s what I decided I wanted to do. I even managed to meet a former ILM special effects artist as part of a school sponsored career outreach program (quite the feat for someone living in rural Montana). Over time, I entertained brief delusions of grandeur to be an actor, director, writer, producer, etc. But I always gravitated back to the idea of special effects. There was a problem, though: I’ve always lacked any talent or skill in the traditional hands-on arts. I’m thoroughly incapable of drawing, painting, sculpting or molding. I can barely nail two pieces of wood together. Not a great baseline for a special effects artist.

I graduated from film school at the bleeding edge of the digital revolution, so I missed any formalized education in the digital filmmaking world. But I was fortunate enough to land an internship that taught me the bare-bones of digital editing and graphics, and later I found myself in the company of a couple of mentors who refined my skill set. When I realized that I could harness the power of a microprocessor to make silly, fantastic, and weird imagery, I was hooked.

It seems strange to call what I do my “art.” But it’s also incorrect to look at it as strictly technical. It’s a strange hybrid of the two, and there’s always someone else involved. I guess that makes it collaborative? But it’s right there in the title, isn’t it? Visual Effects Artist.

Specifically, I’m a compositor. I’m not the guy who’s building fantastical worlds in front of my computer, but I am the guy who can get rid of the green screen and put the actors in that world. But compers (as we’re affectionally known) are also something of a catch-all in the digital world. You shot your scene in daylight, but it takes place at night? I can fix that. Need to change the sign in front of a business? I can fix that. Forgot to have the TV on in the background of a scene? I can fix that. I’ve put people all over the world, painted out wires of flying combatants, put blinking alien eyeballs in a person’s palm, added blood to wayward young adults who happened upon the killer, hit people with cars, and even added gerbil poop to the breakfast table of the dysfunctional TV family. I don’t often get my name in the credits, and most of the time (if I’ve done my job right) you don’t even know I was there.

Sometimes I get to do effects that are more overt, and those can be a lot of fun. The trouble is those fantastical effects have to look REAL in the world. The invisible effects are easier, creatively, because it just has to look real. It’s a lot more challenging to to make laser beams shooting out of someone’s eyes look real, because we have no anchor for that in the real world. Nobody’s ever seen it. It can be frustrating, but it can be a lot of fun. And the payoff when you nail a shot like that is an amazing high.

One thing I have learned over the years – I prefer working on smaller projects. When working on larger projects with a whole slew of people, your work risks getting lost in the mix. There’s also a number of people with input, and there can be a lot of scrutiny and second-guessing. (Which is perfectly understandable. Studios and networks have literally tens or hundreds of millions of dollars riding on the final result.) But I’ve found that the smaller the project, the more likely I am to have a direct line of communication with the creatives, which makes things a lot easier. There’s also more opportunity for genuine collaboration and more interesting work. Finding creative solutions for problems is a lot more interesting (and potentially scary!) when you don’t have a seven-figure budget to throw at it.
And even though I’m a digital effects guy, I love working with practical effects people. I had the opportunity to work on a creature-feature film a few years ago, which was directed by Todd Tucker (who started in the industry as a practical effects and makeup artist). Of course the practical work was amazing, but the film needed some digital enhancement. It ended up being some of my favorite work.
I’ve claimed that one character – the villain of the piece – had multiple parents: the writer, the director, the makeup team, and me. (All brought together by the amazing talent of Doug Jones).
I like to claim about 1/8 parental credit for the main villain of the film (along with the writer, director, makeup team, and the amazingly talented actor Doug Jones).

Like all VFX artists, I do some ancillary work as well: a bit of photography, some editorial, and some more traditional graphics and motion graphics work. And some of the VFX tricks I’ve learned over the years make for great silly personal pictures.

If you had a friend visiting you, what are some of the local spots you’d want to take them around to?
Because I spend so much time trying to make fake things look real, it makes sense that my favorite spots would be ones that step out of reality into the fantastical. Disneyland is a must. There are few places in the world that have been so specifically designed to take you out of reality. It’s a coin flip on any given trip whether I just let myself be immersed, or stay analyzing and judging the latest changes. On a similar front, I love Magic Castle. Again, it’s a step outside of reality, what with all the secret nooks and crannies throughout the mansion. And there are always plenty of people willing to skew your perception of reality with another illusion.
And it’s Hollywood, so you have to go to the movies, right? No better place than the Arclight in Hollywood. There’s always a decent chance of a celebrity sighting (good for the out of town friends), and there’s a lot to be said spending a day there, catching 2 or 3 movies with mandatory refueling breaks in between at the cafe. We’ve even hit the cafe for dinner more than a few times without even seeing a movie.
If I’m feeling like staying in the neighborhood, one can’t go wrong with grabbing a slice of pizza from Joe Peep’s and taking it over to the Foxfire Bar for a drink. 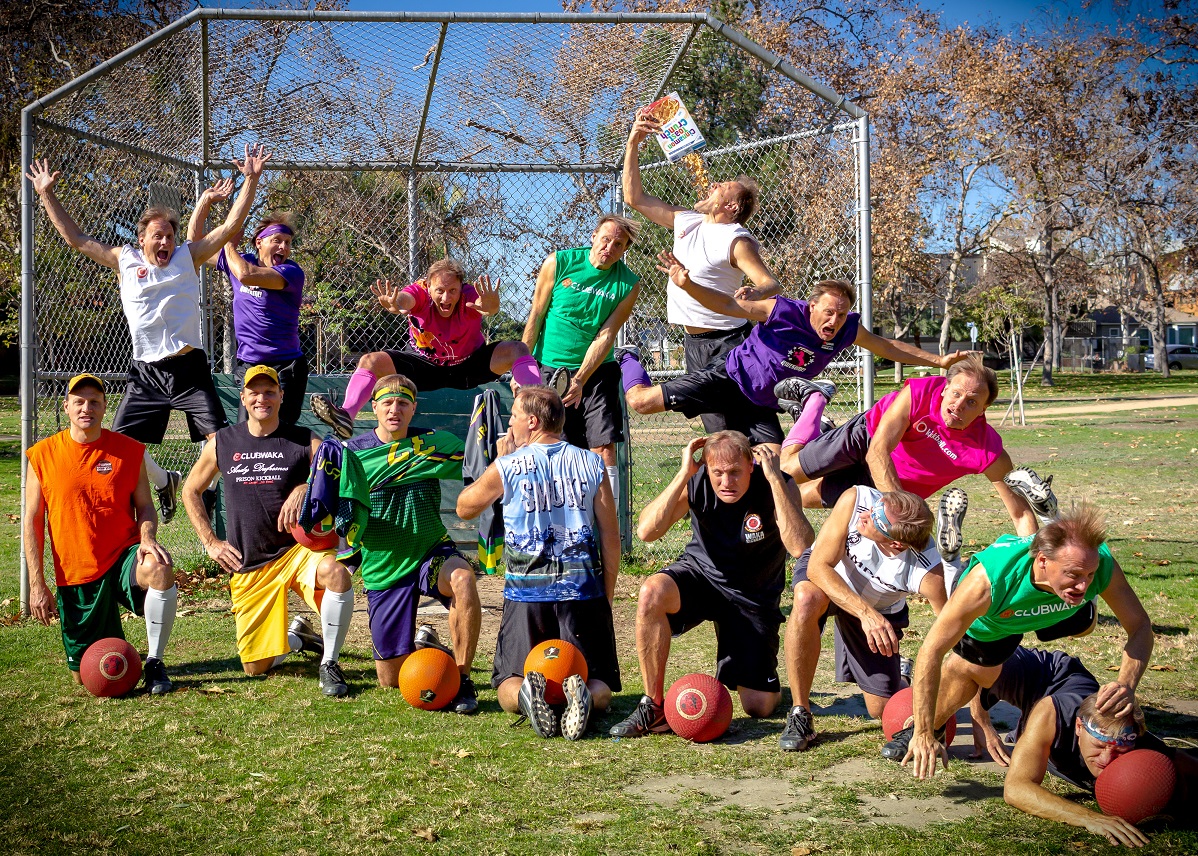 The Shoutout series is all about recognizing that our success and where we are in life is at least somewhat thanks to the efforts, support, mentorship, love and encouragement of others. So is there someone that you want to dedicate your shoutout to?
Is it cliche to say “my significant other”? Meh, who cares. I’m saying it anyway. Cher Lytle has been at my side and had my back for years. She gets just as excited and frustrated and manic and filled with self doubt about her work as a pastry chef as I do as a VFX artist, so we’ve really learned the art of supporting and celebrating one another. We pass that baton back and forth as needed. Whether she’s crying in the kitchen or I’m crying in front of the computer, we’re always there for each other with support, occasional words of wisdom, or a grounding blast of perspective. (Neither of us are rocket surgeons or brain scientists, so it’s not like we’re saving the world!) Beyond her, I’d also like to give my heartfelt thanks to every author, writer, filmmaker, actor, musician, etc., responsible for all of the pop-culture, sub-culture, counter-culture, and CULT culture that I’ve experienced my entire life (and continue to experience and enjoy).
There are probably a couple dozen people in between those two categories. I should probably thank them, too.