We had the good fortune of connecting with Parker Winans and we’ve shared our conversation below.

Hi Parker, can you tell us about an impactful book you’ve read and why you liked it or what impact it had on you?
Catching the Big Fish by David Lynch. I just reread it. It’s great. It’s very David Lynch. Each chapter is like a paragraph long. The longest chapter is maybe 4 or 5 paragraphs. He talks about film, painting, creativity, people, places, wood, fire, and of course meditation. He has useful and interesting things to say about all those things. The most important influence the book had on me was an interest in meditation. It was helpful to realize that the guy who made crazy films like Eraserhead and Blue Velvet meditated. It was like being a kid and realizing your favorite athlete eats vegetables. “Anger and sorrow are a beautiful thing in a story but they are poison to the artist.” This line in particular has meant a lot to me over the years. Meditation has turned out to be the most important thing I’ve learned to do. I don’t practice Transcendental Meditation (which Lynch advocates for) but I’ve had the types of experiences that he describes, such as the “suffering rubber clown suit” dissolving. The “suffering rubber clown suit” is Lynch’s metaphor for depression and anger and other symptoms of ego illusion-having an unexamined mind. You can’t avoid the feeling of anger. But you don’t have to stay angry. Staying angry is the real problem with anger- being identified with it. The thing that makes you angry happens. You feel anger. All good. But then your mind starts telling you a story about the anger. About why your anger is justified. About why the object of your anger is worthy of scorn. And on and on. And you are suddenly identified with anger. Some people are angry like that for most of their lives. Most people are angry like that ten times longer than they should be. At least. It all comes down to the illusion of the self. That may sound New-Agey, or like spooky talk. Here’s concretely what I mean though: Someone cuts you off in traffic and you think “that idiot just cut me off!” Who exactly are you saying that to? You were there. That conversation with yourself, in your head, is the illusion of self. That identification with thought and the lack of awareness of it. It’s the suffering rubber clown suit. And fundamentally it causes suffering. Most suffering. Meditation is the best way I know to cut through that. 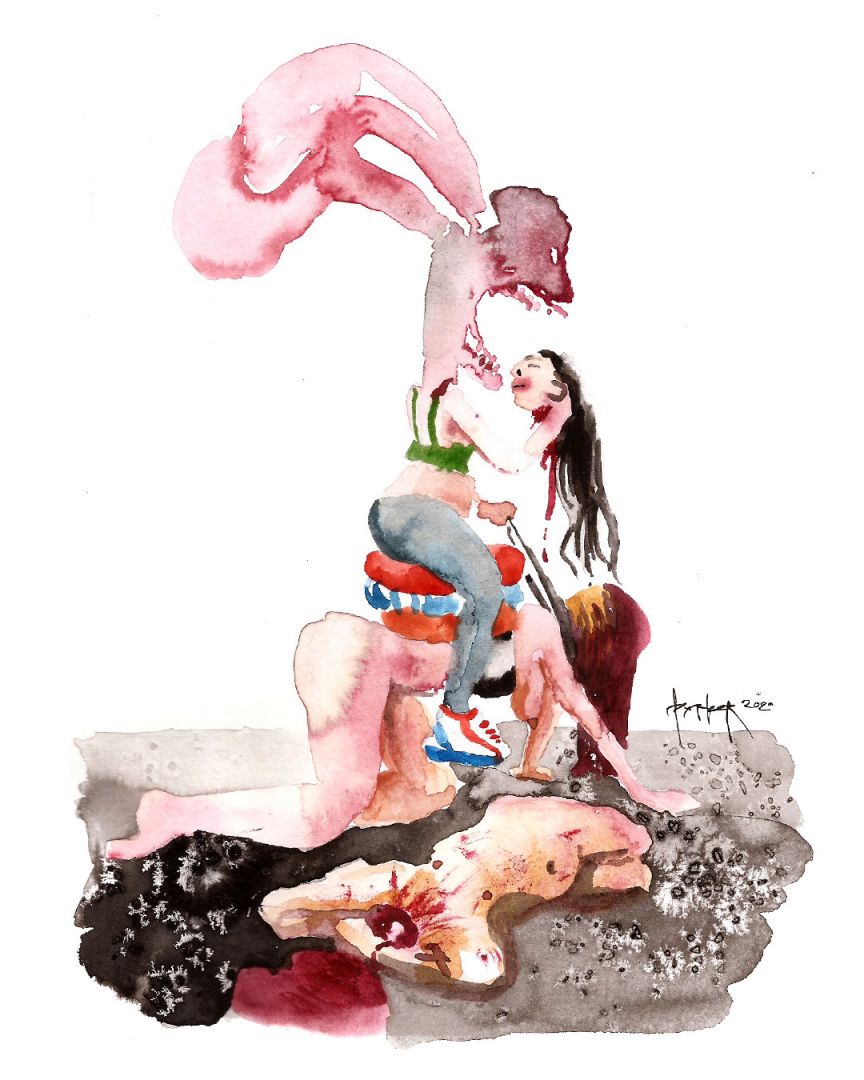 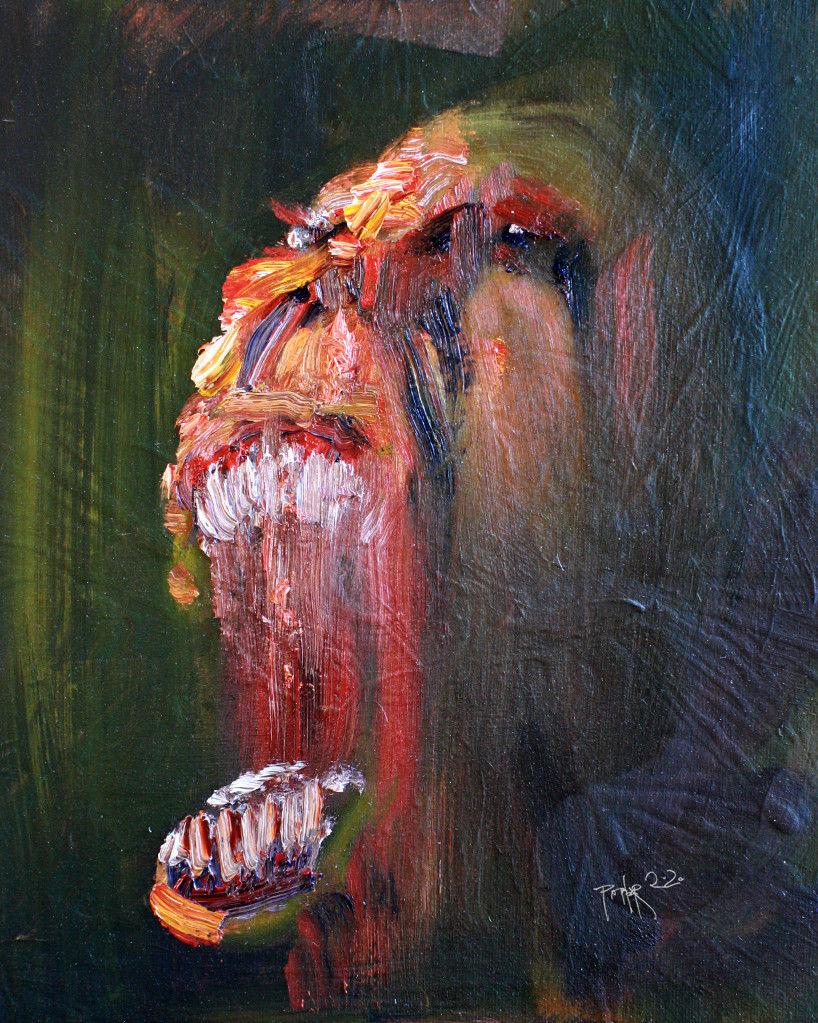 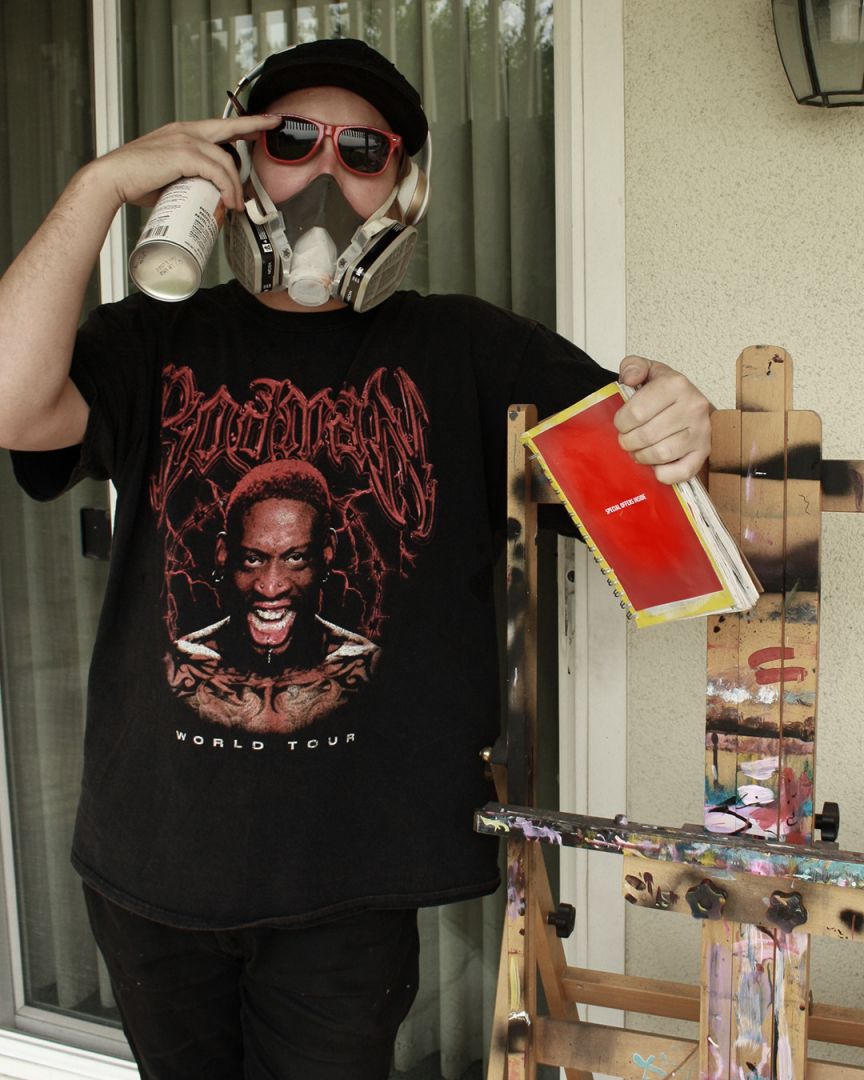 Let’s talk shop? Tell us more about your career, what can you share with our community?
My work fits in best to the dark art category. Lowbrow its sometimes called. I try to pull from different genres, styles and periods from art history. I am inspired by monsters, mythology, film, tv, fantasy, horror, a lot of stuff really. It was not easy to get to where I am and I don’t see an easy path to get to where I’m going, but I’m happy with the progress I’ve made and the path I’m on.

If you had a friend visiting you, what are some of the local spots you’d want to take them around to?
I’m really the worst at this type of stuff. One time some family and family friends came in from denmark and they wanted to see all the southern california stuff. Disneyland, Hollywood that sort of thing, and I was like “Why? Why would you want to go there?” But I also had no real alternative to offer. I guess if they had never been to LA, and demanded to see some famous LA landmark, I’d take them to the Venice Beach board walk. Then for one of those magic drives in the hills of LA at night when it’s really dark. That sounds creepy but I find it so magical. I’d maybe take them to the Getty for the view, but that really would be a lot of work. So that would have to be a special person. I’d take them to eat at Submariner on West Centinela for sure! Best Philly Cheesesteak in LA. Probably the world. better than that garbage in Philadelphia that they call cheesesteak. I’m just kidding. But seriously I’d take them to submariner. Oh and probably Brennan’s on Lincoln if it was a Thursday for the turtle racing. 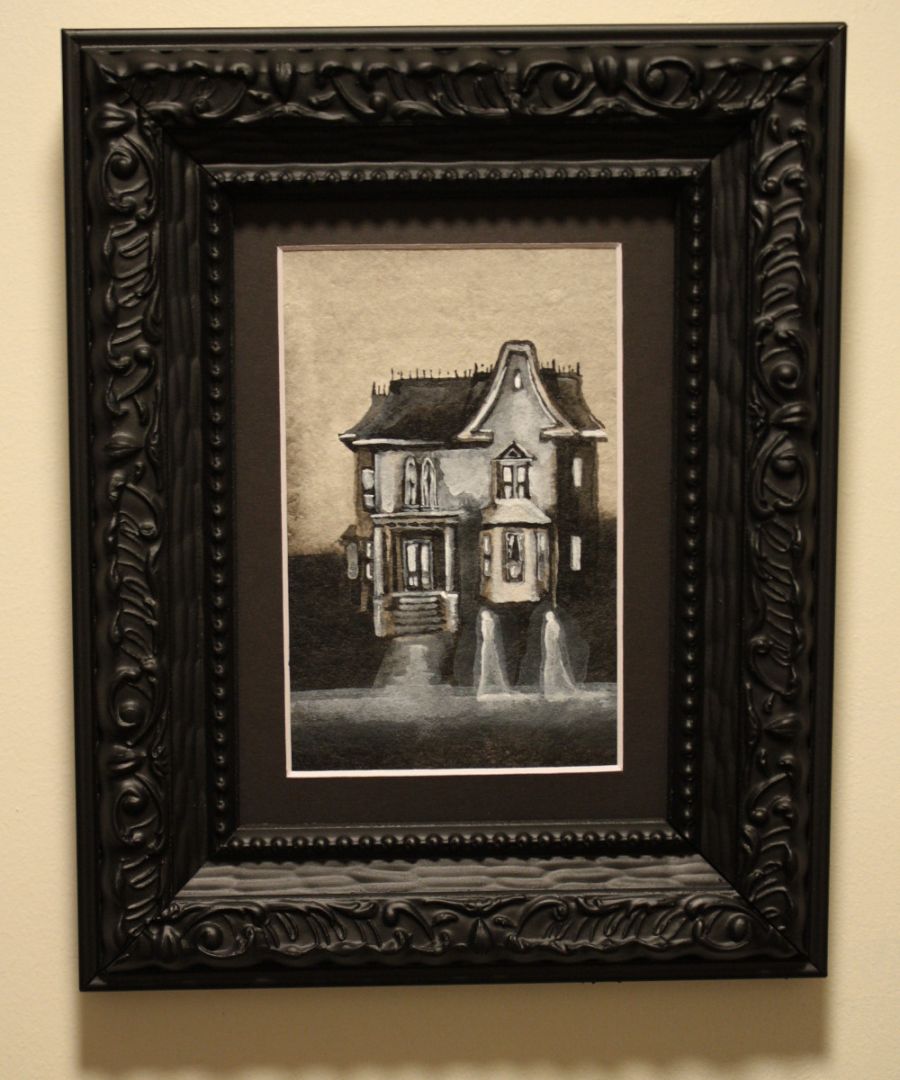 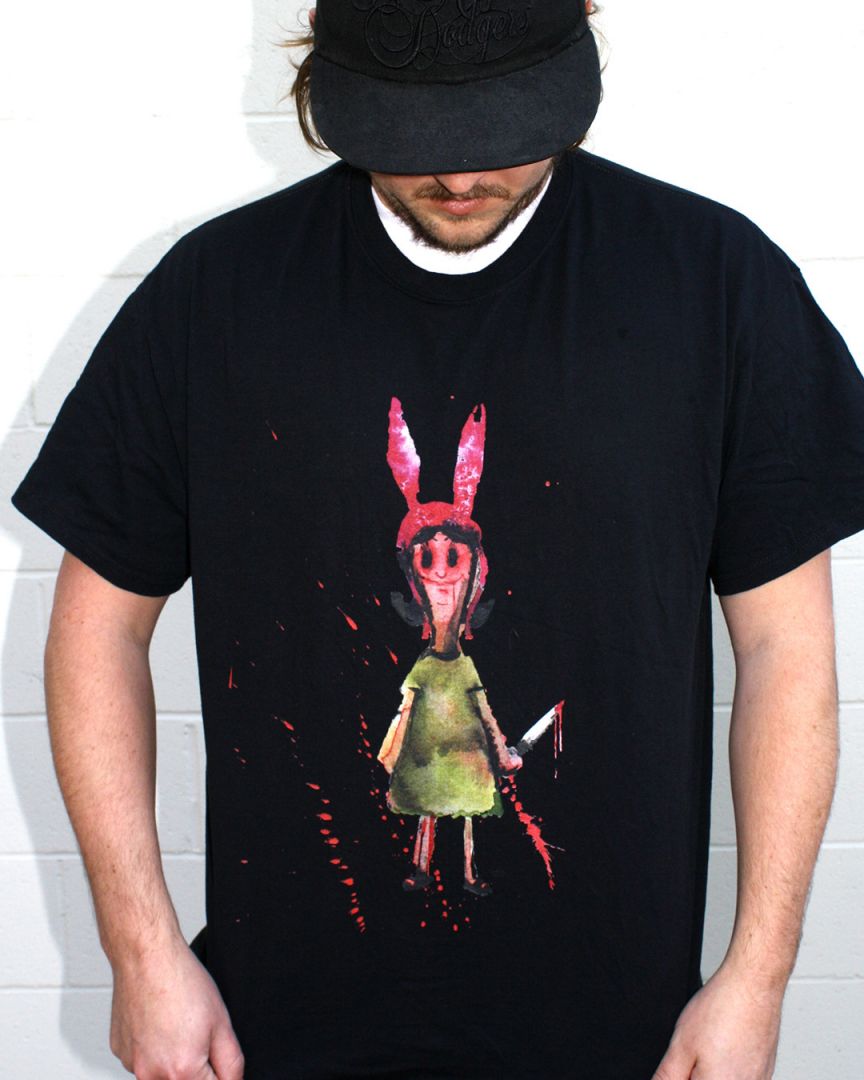 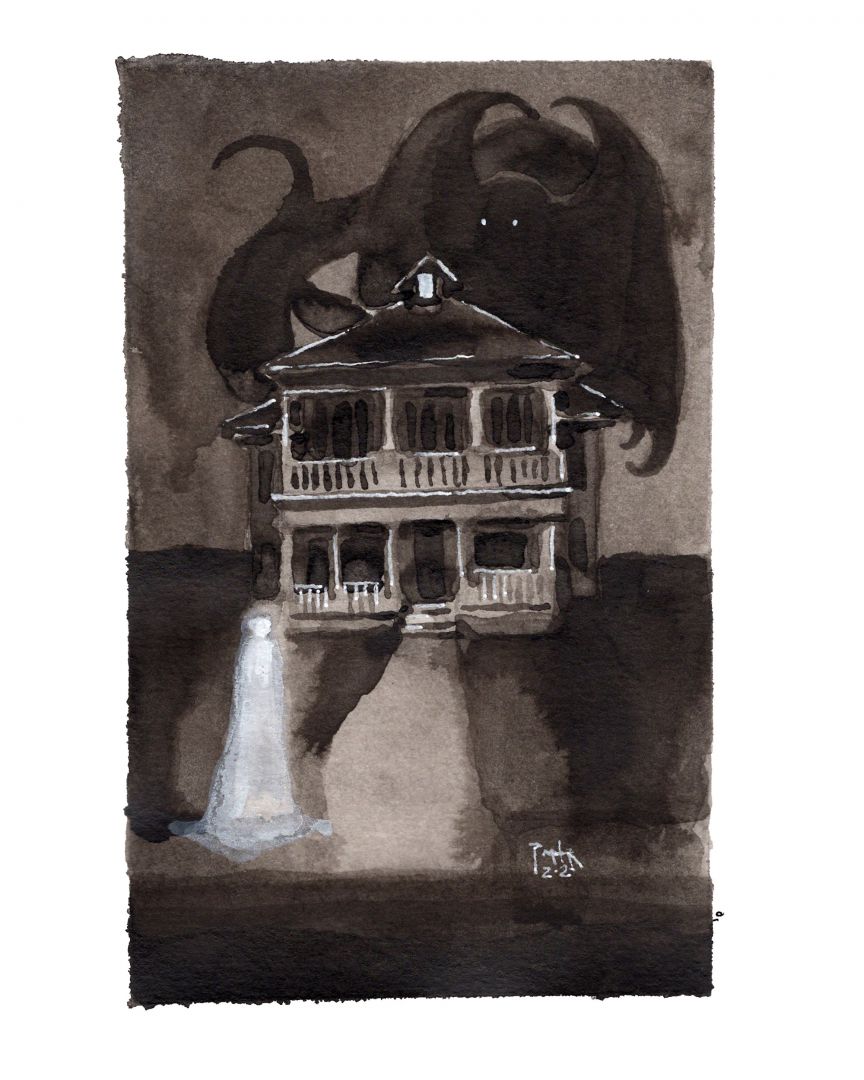 The Shoutout series is all about recognizing that our success and where we are in life is at least somewhat thanks to the efforts, support, mentorship, love and encouragement of others. So is there someone that you want to dedicate your shoutout to?
David Lynch. He’s a model artist. He has a vision and he sticks to it. Everything he does is done only the way he could do it. My family, my friends, my pets, collectors who have supported me, galleries who have showed my work.

Other: parkerwinansart.etsy.com for prints and original art scumchoir.threadless.com for shirts and merch