We had the good fortune of connecting with Paul J. Vogel and we’ve shared our conversation below.

Hi Paul J., how do you think about risk?
I’m a firm believer in the old saying high risk, high reward. I feel like the word “risk” itself has developed an unnecessarily scary and negative undertone throughout the years. Now, don’t get me wrong, there’s a significant difference between reckless risk-taking such as selling your possessions, withdrawing your life savings, buying a one-way ticket to Vegas, and betting it all on lucky thirteen – versus taking a few calculated leaps of faith here and there to achieve goals and dreams you’ve set for yourself. Then again, if the Vegas play IS your dream, then perhaps it’s worth taking a moment to consider. I know it was mine. Well, not exactly – but the odds aren’t too different.

I’ve always been drawn to filmmaking. As a kid growing up in a small town in Finland, I gathered a group of like-minded, enthusiastic ten-year-old classmates. We’d grab an old video camera and head into the woods to make a serious zombie flick. The following week we’d do a secret agent film or a buddy comedy. All in English, of course. We were aiming for a global audience, after all. This was before the golden age of Youtube – so there was really no way for us to get our “work” out there… probably for the best. This group would stay more or less the same throughout middle school and high school. The flame never went out, and our films got more complex – though I doubt they were any better story-wise. When high school was done, it was time to figure out what I’d want to do with my life. In Finland, while education is free, you get pigeonholed easily. The degree you pursuit somewhat defines you. So, naturally, I wanted to pursue a career in film. Statistically, probably not the smartest move. The whole country has a population of about 5.5 million, with only a handful of theatrical movies made per year. I didn’t conceive it as risky, though. It was just a continuation of what I had done all my life so far – but in a more “professional” matter. Sweet! I met new like-minded classmates, and we kept learning and creating through a four-year undergrad program.

Towards the end of the program, the next leap of faith – forming our own production company with a few friends and classmates. Our reasoning was to create our own opportunities in an extremely competitive industry. This happened back in 2008 – so for those who remember, probably not the best time to start a company. As a small, agile production house, we were able to make it through the recession – our bread and butter being advertisements and corporate videos. Slowly we’d also transition towards narrative filmmaking, making a few indie shorts and then one larger budget TV-short for the Finnish Broadcast Company. It was still hard to break the barrier to get funding for a full feature. Years passed, work was done, but it felt like, self-development-wise, I was standing still.

Then, suddenly, an unbelievable opportunity arose. One of the oldest video game companies in Finland was planning to make their first self-published video game (they had heavily worked with Sony Playstation prior) and asked us to make a Kickstarter video for the project. While meeting up with them, it became evident that there could be a much larger story to be told. They were collaborating with an arcade-era legend, whose quarter-fed cabinets have generated well over a billion dollars to date and include heavy hitters such as Defender and Robotron. We asked if they would be interested in us following them around and making a documentary about the journey, and we were both excited about the idea. Little did we know, making the documentary “The Name of the Game” would end up being a near-four-year journey for us as well. The risk regarding this project was purely financial. For the longest of times, we were using our own time, our own money, to travel 100-miles to another city to follow this group of game developers on a journey that could potentially lead to nothing. It was well over a year into shooting before we eventually obtained funding for the project. I can’t lie; that’s when we could let out a huge sigh of relief – but now, at the same time, the project took a turn to the more serious. Now we needed to make a good film since someone else’s money was also riding on it. Days, weeks, months, and years passed while we kept on shooting the doc. At times, it was extremely uneventful, and at others, things happened so quickly that we didn’t have time to have a camera witness it. It was the most professionally educational project I had the pleasure to go through so far – but something potentially even more significant was looming just around the corner – my “Vegas play.”

Early in 2016, I learned that I was accepted into USC: School of Cinematic Arts to pursue a Master of Fine Arts degree. For some while, this had been a dream of mine, but I had always pushed it forward because it was never “the right time.” I decided to give applying a try, and after being accepted, life-changing decisions needed to be made. The Name of the Game was mostly shot, and some upcoming key events would be held in Los Angeles. So me being in LA would actually be beneficial for that project as well. There was no better time than now. It was time to sell my possessions, withdraw my life savings, buy a one-way ticket to Los Angeles. Luckily, I had the full support and encouragement from my amazing wife, who was more than willing and ready to pack up and head overseas with me.

This was by far the most considerable risk I have ever taken – perhaps the most significant risk I’ll ever end up taking in my career. Moving over to a place without knowing anyone isn’t necessarily unique to me or my story, but uprooting after building a career in Finland still feels like a risky move years later. A move that paid off. Lessons learned at USC and the people met during my time at L.A. directly affected the end-result of The Name of the Game. The documentary was released theatrically in Finland, ending up being one of the highest-rated documentaries of the year. It was also released on iTunes and later on Amazon Prime in the U.S. I have no doubt this wouldn’t have been possible without the move over. Later on, I’ve been lucky enough to work on amazing projects that have taught me tons of non-directorial skills as well. Two of which have even granted me MPSE Golden Reel Award nominations. As my thesis film from USC, I was able to cross over another item on my dream list: I shot a superhero film at Universal Studios and CBS, starring the amazingly talented and kindest human being on earth, Diedrich Bader (Drew Carey Show, VEEP, Office Space).

And that pretty much brings us up to today. I was lucky enough to graduate before the craziness that was 2020. While I have exciting projects in development, some of which had good momentum going into the year, things understandably slowed down as the whole industry has tried to figure things out. To sum things up regarding risks, I feel the willingness to take risks has brought me opportunities I would not have otherwise had. I’ve always lived by the “shoot for the stars, land on the moon” mentality, meaning that the higher you set your goals, the higher you’ll end up going – even if you don’t quite reach that initial goal. 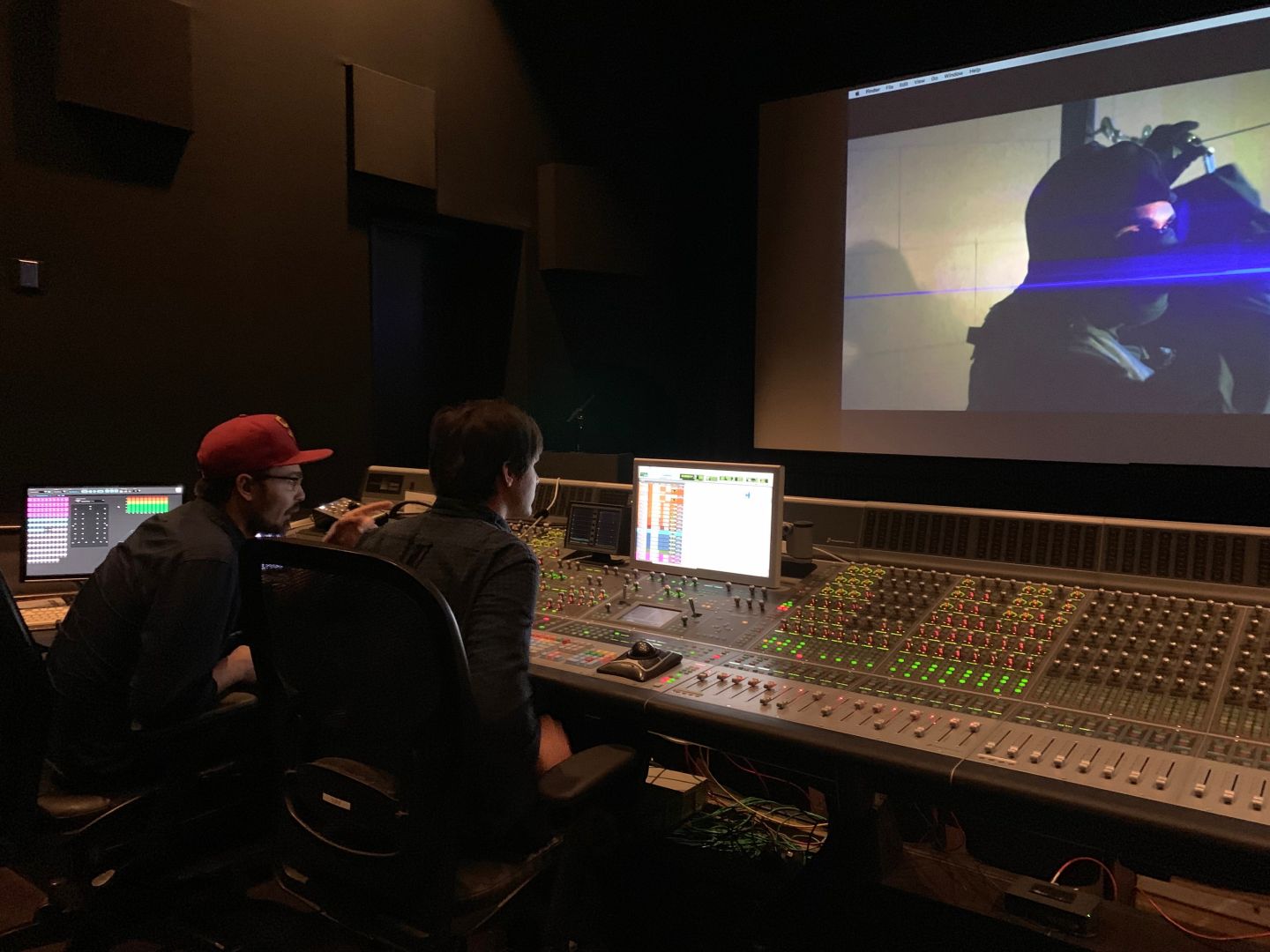 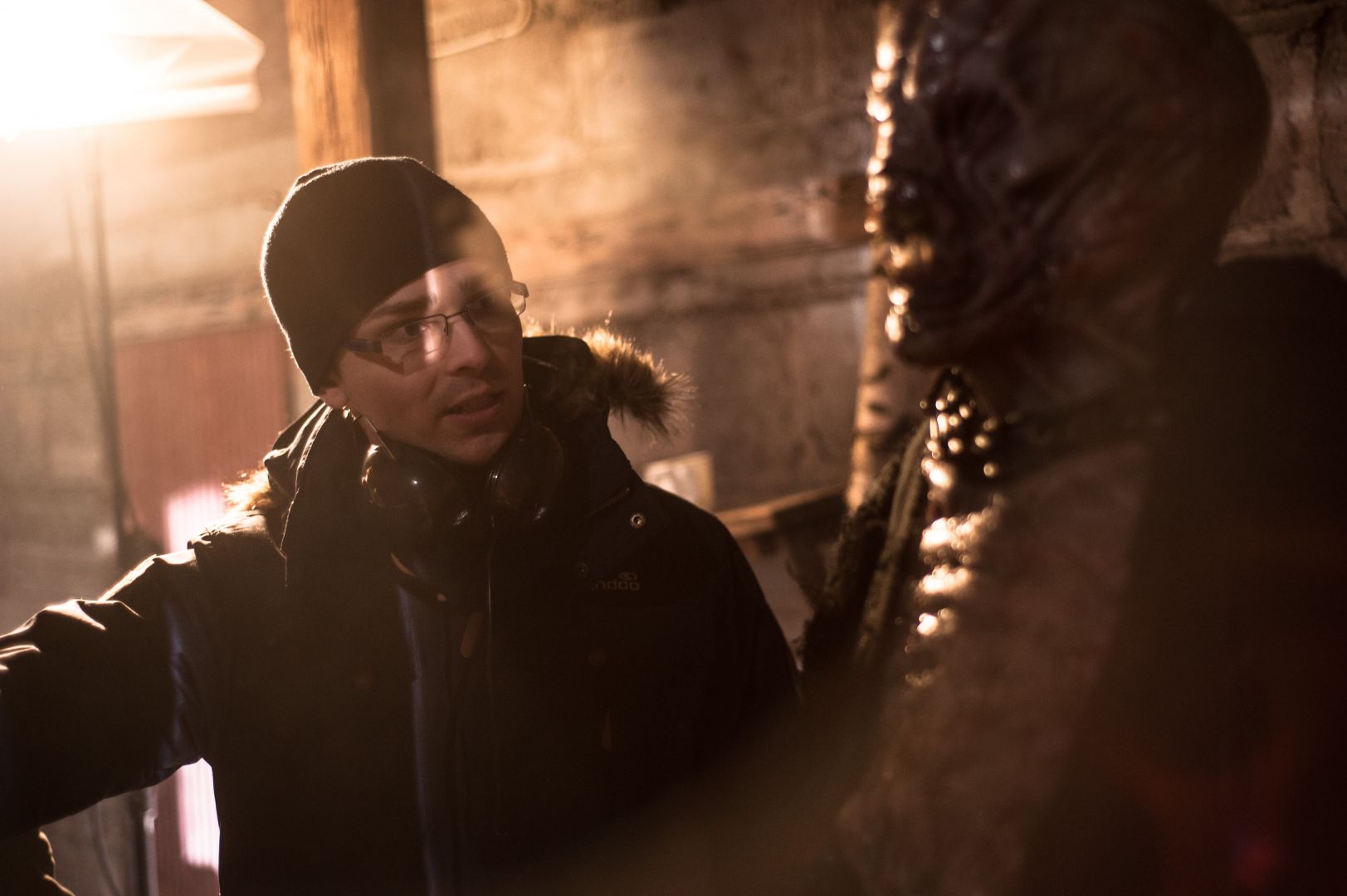 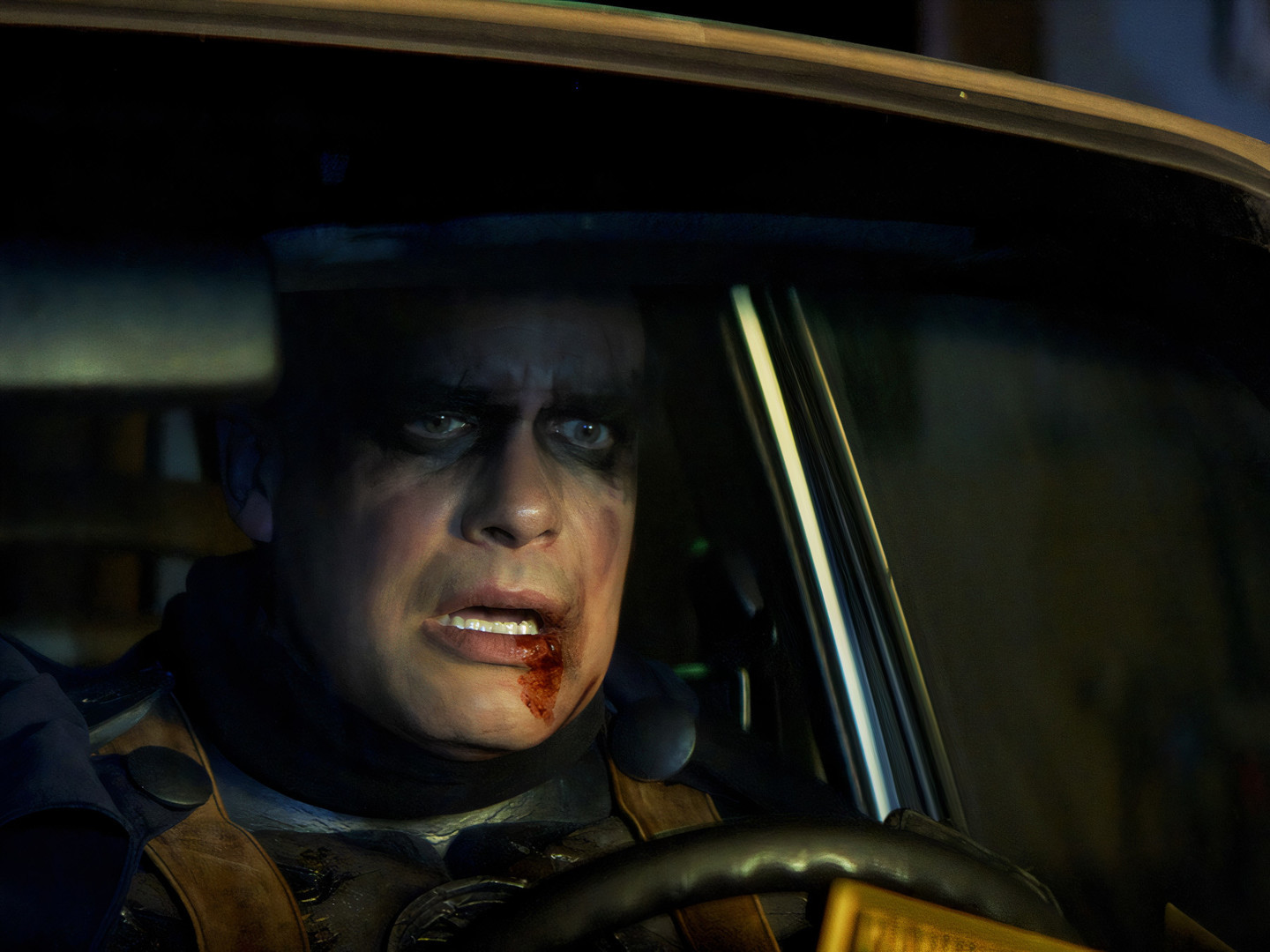 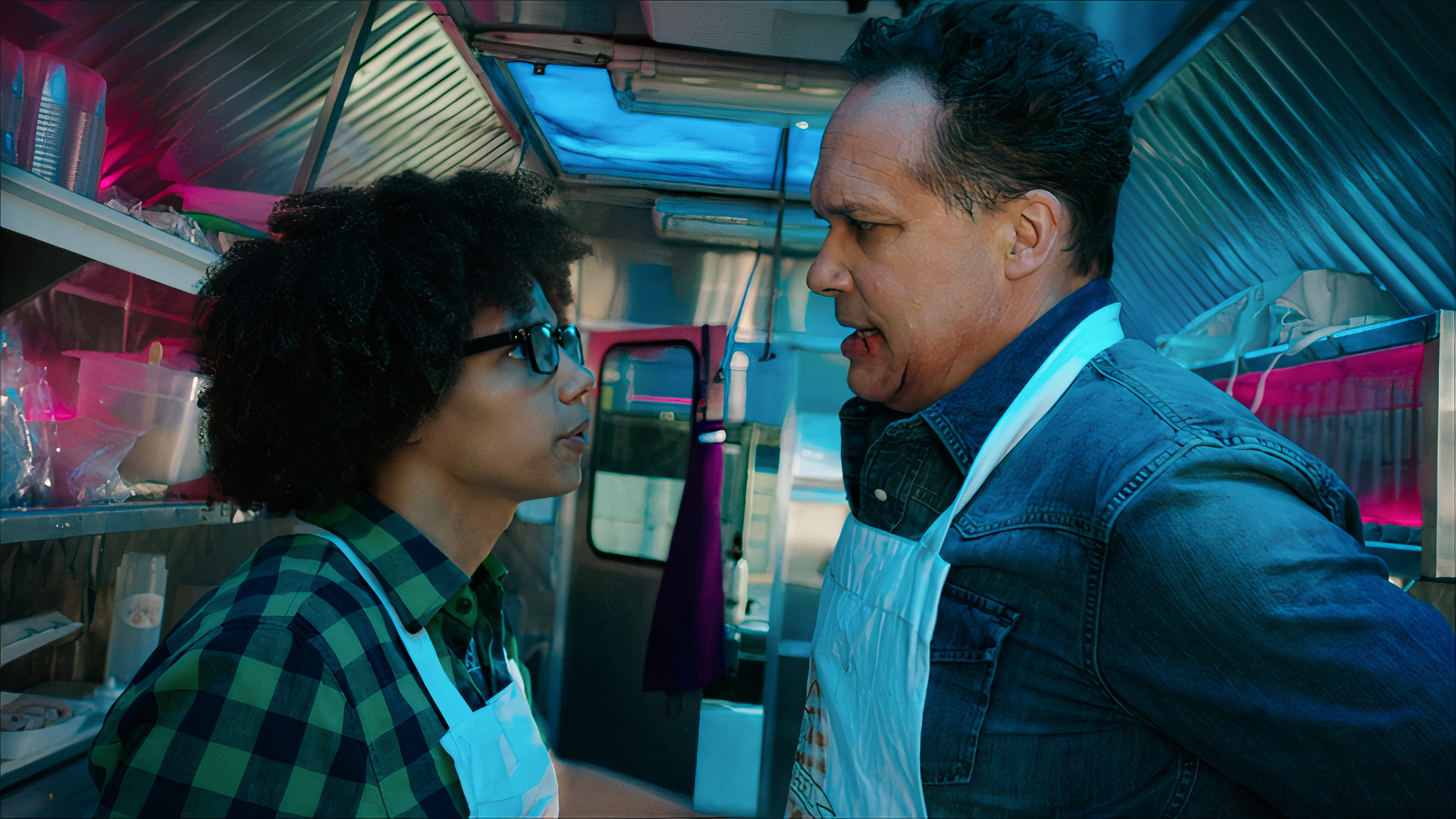 Can you open up a bit about your work and career? We’re big fans and we’d love for our community to learn more about your work.
Wow, ok. Well, I kind of answered most of this in my previous (novel-length) answer. But I guess one thing that sets me apart is my Nordic background. Having lived most of my life in Finland has for sure provided me with a unique point of view and… dare I say darkish Nordic humor? I try to bring a bit of that into everything I work on.

Another oddity, if you will, is that while there are an abundance of directors who write, edit, or do their own cinematography, I thuroughly enjoy sound editing. The sound family at USC was so welcoming that I kind of half-accidentally fell into sound. And what a lucky coincidence it was! I’ve learned to become a better filmmaker and a storyteller thanks to all the amazing sound professors at USC. They were the best note givers regarding screenplays – and they just had the best grasp of story overall. I really owe a lot to them.

Let’s say your best friend was visiting the area and you wanted to show them the best time ever. Where would you take them? Give us a little itinerary – say it was a week long trip, where would you eat, drink, visit, hang out, etc.
This hypothetical is not really hypothetical at all! Coming from a country that is dark and cold 80% of the time, you can bet that after we moved over to California, for the first few years we had someone occupying our guest bed every other week, it felt like!

The go-to for first-timers over here were pretty much the usual suspects: You had the Hollywood boulevard and sign visits. Then there was the Universal/Disney runs. Obviously had to squeeze in some beach time for each guest and then, more often than not, there was the weekend Vegas trip accompanied with the occasional swing by Grand Canyon. Additionally, the city is full of amazing food from all around the globe, so obviously brunches and dinners were always on the menu too. One thing we enjoyed a lot pre-pandemic was events at the Hollywood Bowl. I just love the movie night series where they screen fan-favorite movies and have the orchestra play the soundtrack live. I would never hesitate to recommend that. Also, Jazz picnics at LACMA or a nice evening roller skate session at Moonlight Rollerway were always affordable nice options too! I feel like I could go on forever! 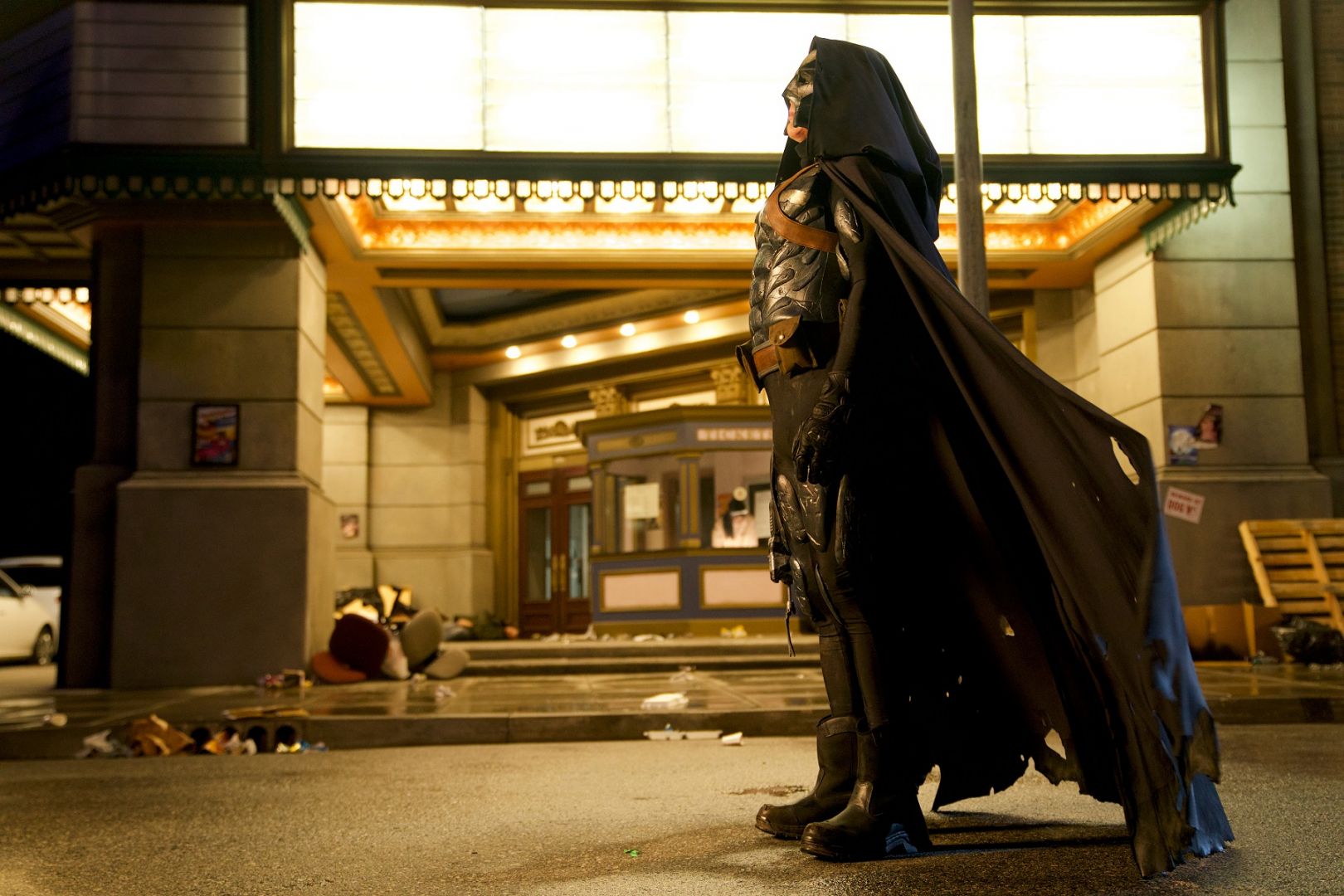 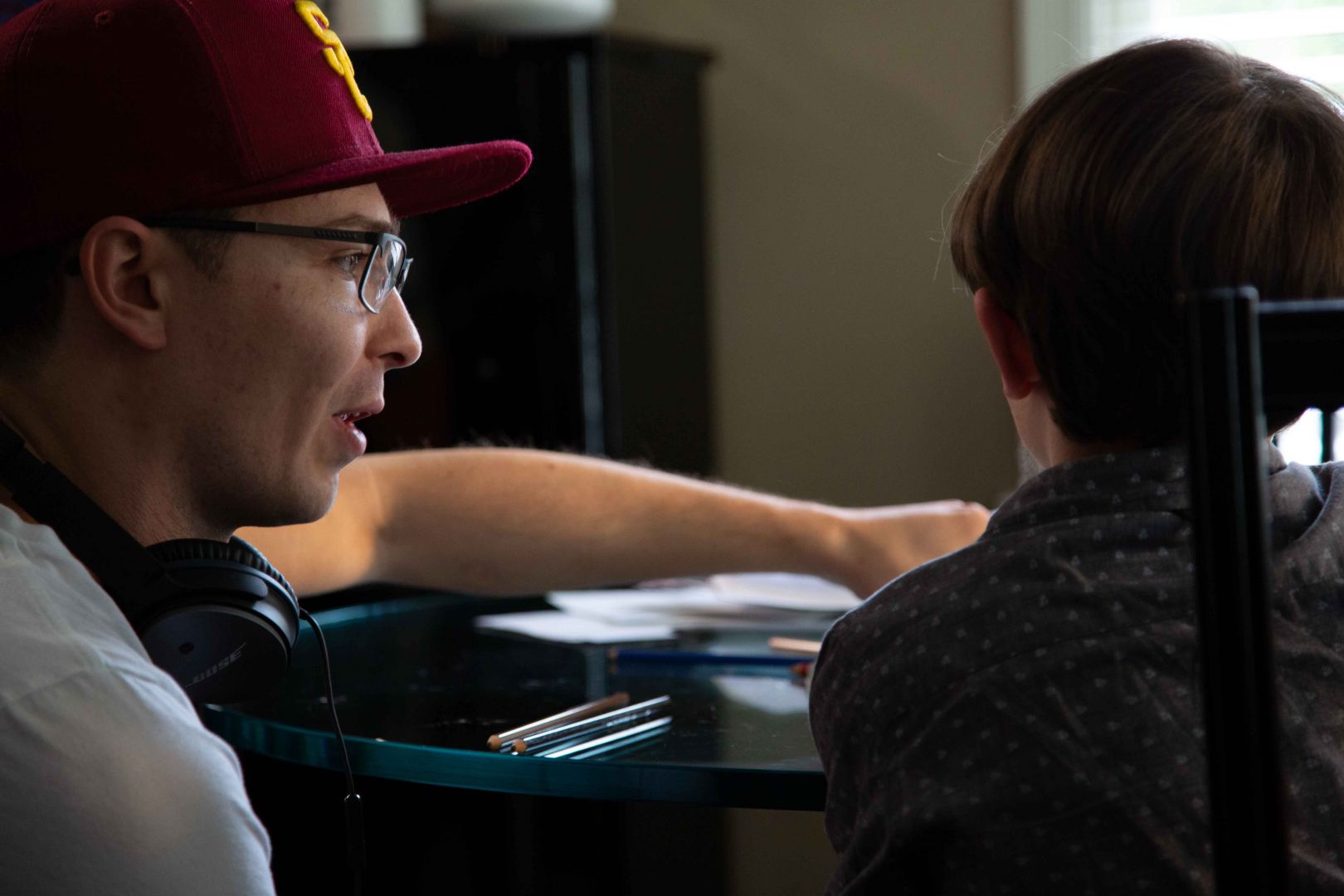 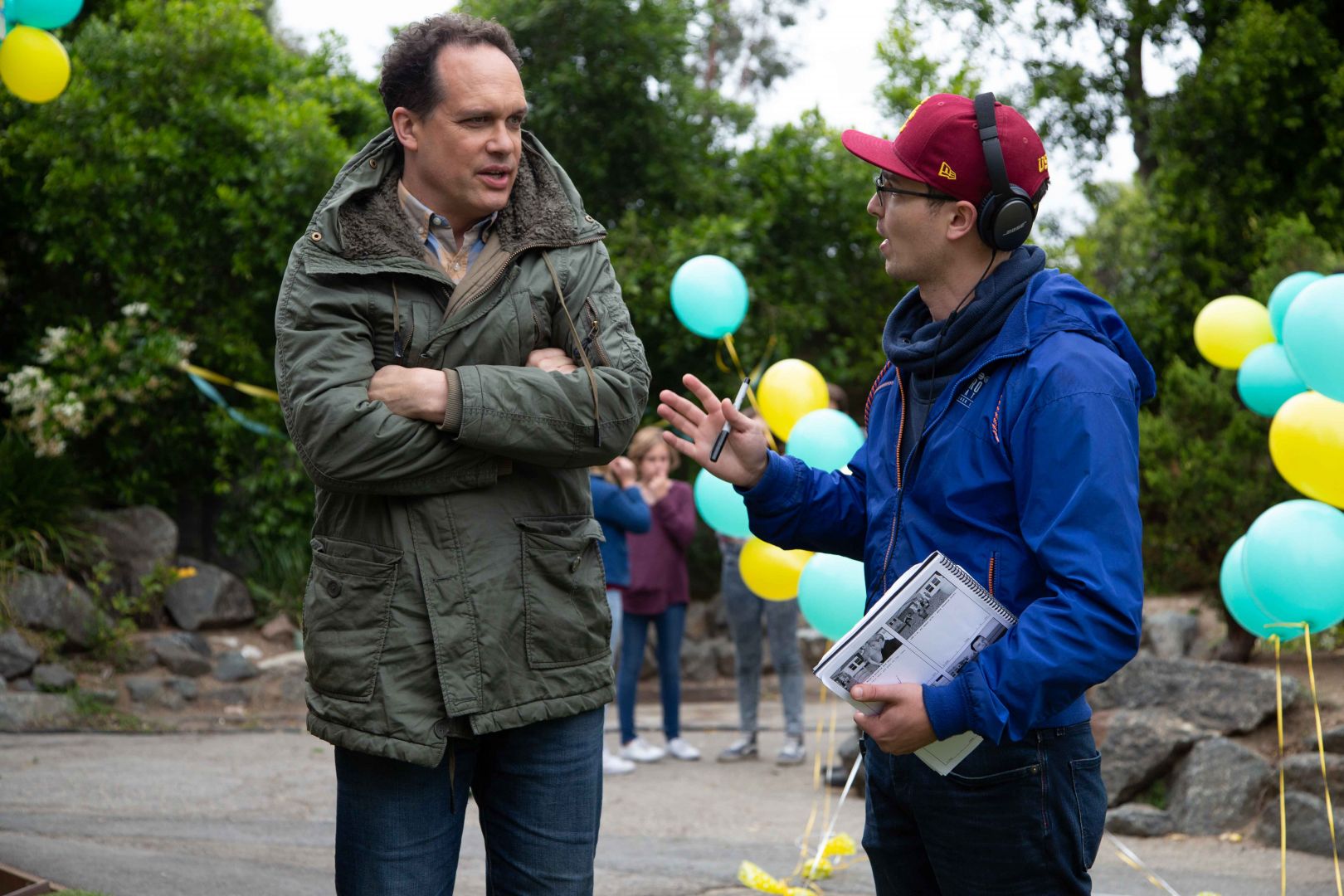 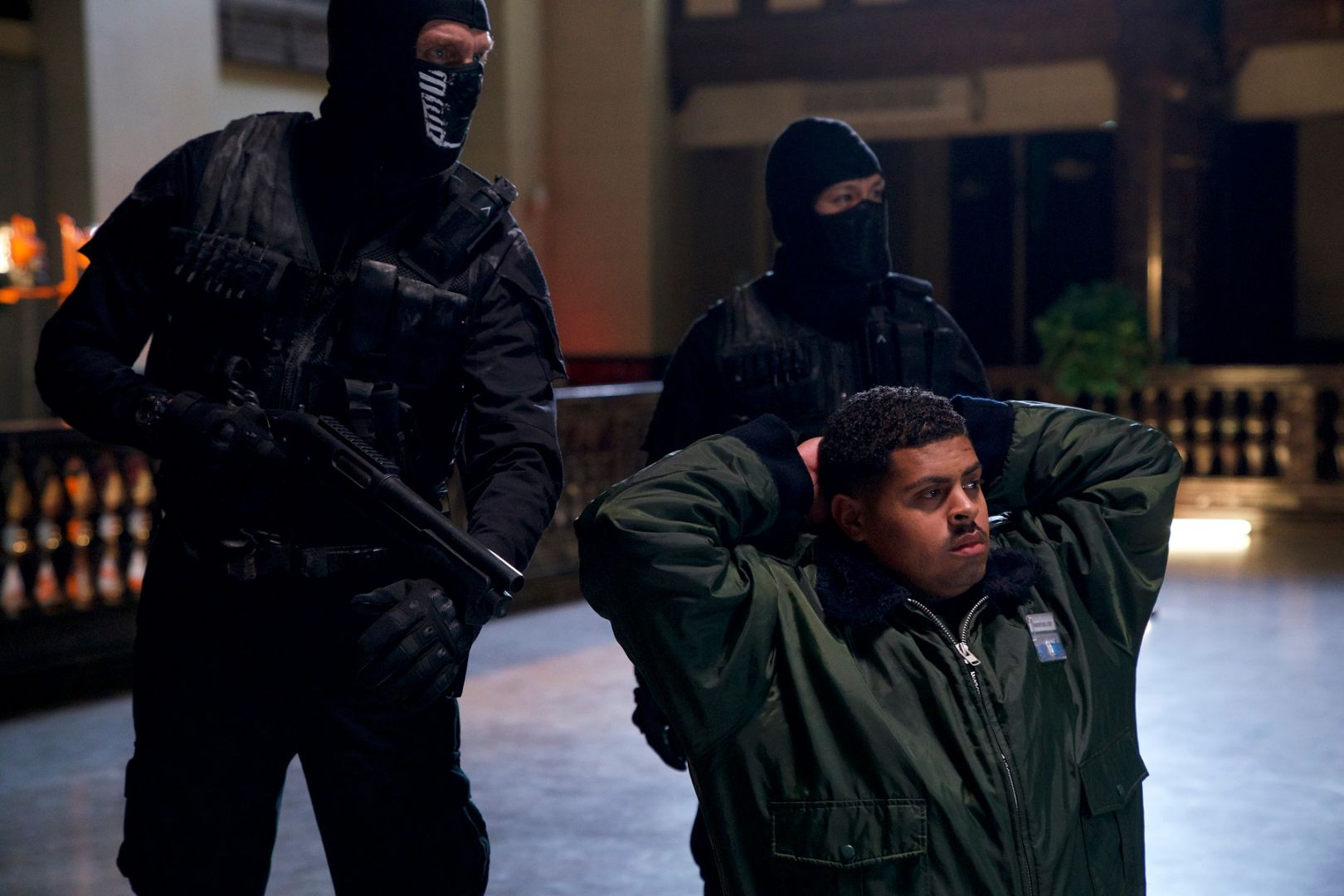 The Shoutout series is all about recognizing that our success and where we are in life is at least somewhat thanks to the efforts, support, mentorship, love and encouragement of others. So is there someone that you want to dedicate your shoutout to?
First and foremost, I want to thank my amazing wife, Isa. Without her endless support, I would never have made the leap over the pond to Los Angeles. Also, a huge shoutout to all my friends and family back in Finland, as well as my USC fam. Especially to all the outstanding faculty members willing to share decades worth of wisdom. I owe you a ton.