We had the good fortune of connecting with Paul Lacques and we’ve shared our conversation below.

Hi Paul, how do you think about risk?
Risk informed my life from pretty early on. I was on a solid academic path, majoring in geology and Latin at UCLA, but I’d started playing guitar in my last year of high school. Totally irrational, but music took over,
I dropped in and out of UCLA, and finally chose music for keeps. I was a bluegrass, folk, and blues fanatic, stealing guitar ideas off records and seeing my heroes in concert, ignoring my parents’ concern over their dropout son.

Naivete might be the force behind risk taking. Twenty year old me said, I’ll give this five years, if I’m not as famous
as Eric Clapton then I’ll try something else.

Throw a little blind luck into the mix, and even more naivete:  my acoustic folk duo saved our money and hitchhiked across the country, caught a cheap flight to Luxembourg, the hippie express of 1976, seeking fame and fortune.  Oddly, it paid off.  We started making good money busking on the streets of various towns in Holland, landed a booking agent and toured folk clubs. The signs said yes. I was a pro, in Europe.

Returning to the US was a hard landing, and I realized how much I really had to learn about guitar, songwriting, music theory. Risk taking at this point was ignoring my weaknesses, sticking with music and taking on horrible day jobs, trying to get in whatever Los Angeles bands I could, and practicing relentlessly. I joined a hard touring country music cover band, playing five sets a night six nights a week and on the seventh day, not rest, but a 300 mile drive to the next town: Ely, NV Cody, WY, Grand Junction, CO, etc.  This is where I learned how to play well.

The next slightly scary move was dumping country music entirely. I heard the sounds of new wave and punk and concluded that this was the music of the future, I could do this, it sounds easy; and country music was in a particularly dead zone at the time, from which it’s never really recovered.

I guess the next risky step was jumping back into country music, at the ripe age of 45, launching I See Hawks In L.A., probably my most respected and successful project of all, still going strong after 10 releases and 22 years of touring, working on our new album as we speak.

At this point, in my 60s and with thirty albums released, playing with the same people for decades, I guess the new risk is self induced, trying to challenge myself with new projects, seeing what new sounds come out of the guitar. But I can conclude that no risk, however foolish it seemed at the time, was a mistake. My mistakes were the times I avoided risk. I do regret those! 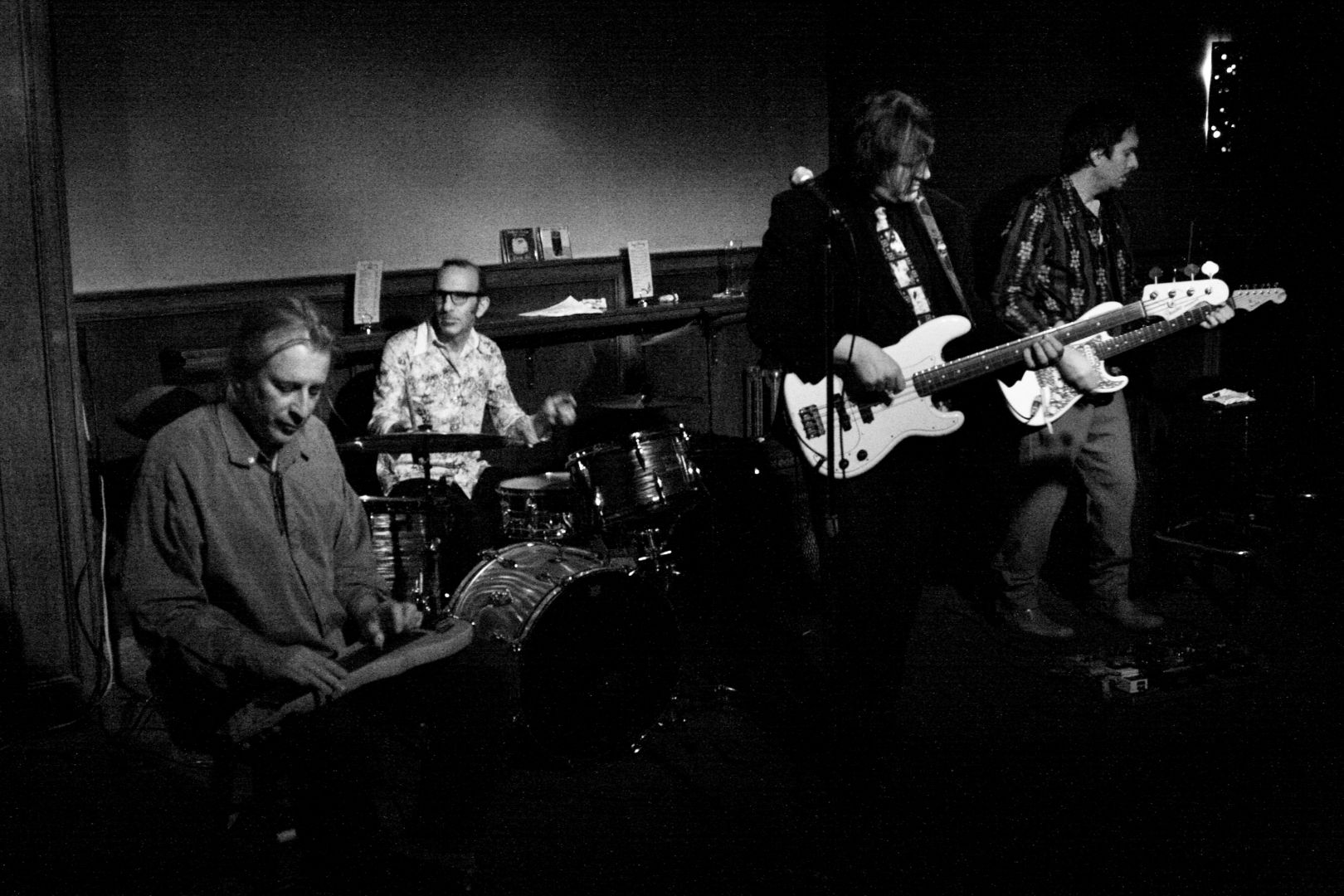 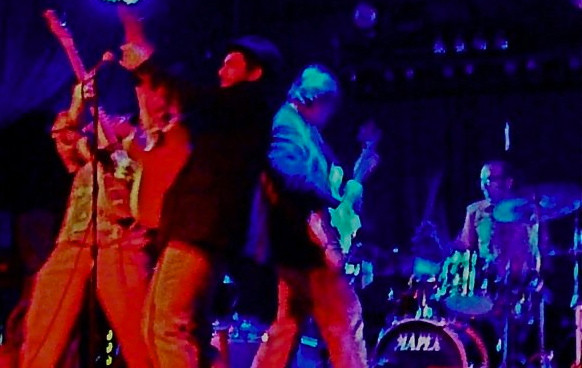 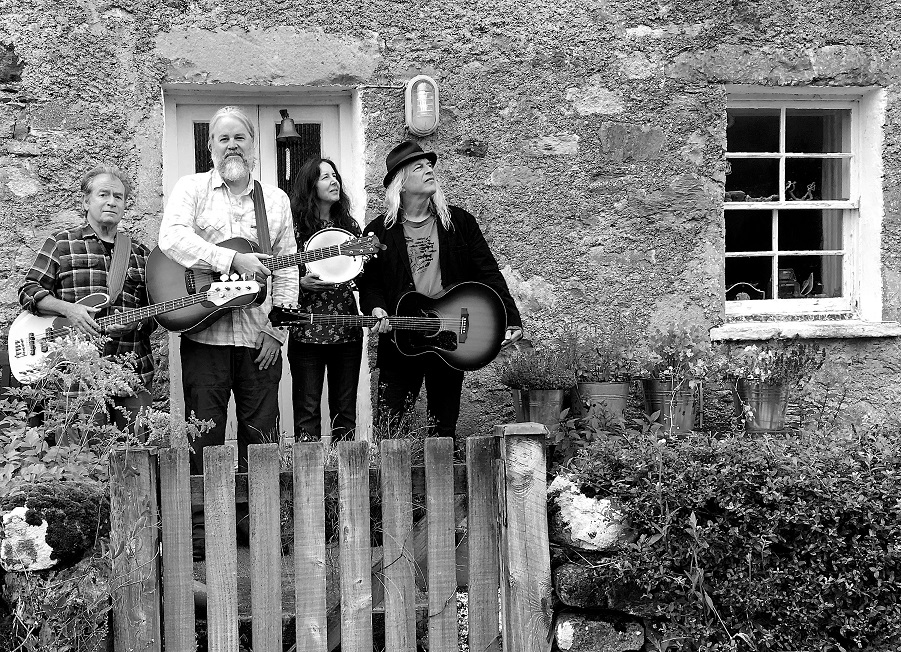 I’m going to be lazy and paste in my music bio. I think it answers the above questions and focuses on my music:
Paul Lacques grew up in Bakersfield, Blythe, and Ventura County, wandering the hills and fields, son of a Korean War damaged Marine seeking salvation in ranching, and a mom with deep San Joaquin Valley roots, Irish who immigrated to California and got a land grant in the 1860s.

A dad career move to Los Angeles turned Paul and his eight siblings into instant city kids, in the new and terrifying Catholic school grip of nuns and Jesuits, a grip escaped only through years of Carlos Castaneda and judicious intake of psychedelics.

Paul picked up a cheap Stella guitar his senior year in high school and fell madly in love, dumping his academic career in a serious of dropouts/dropins at UCLA. A fortuitious meeting with a bluegrass guitar prodigy on his dorm floor led to flatpicking lessons and then a partnership that took The Flatpickin’ Fools on a seven month wander through Europe, where they hit it big folk style, discovered by an agent while busking on the streets of Nijmegen and Amesterdam, and toured UK and Holland clubs.

Back in the good old USA, Paul fell under the spell of Emmy Lou, Gram, Haggard, and James Burton, embarked on a hard won electric guitar path, playing five sets a night six nights a week on the bottom feeder country cover band circuit from Grand Junction to Ely to Boise City. Paul can still play Freebird, Breakdown, and Margaritaville on command.

Back in L.A. in 1979, Paul heard the Cars’ Just What I Needed on the radio, and a literal voice went off in his head: you are not playing country music any more.

Seeing X and The Plugz live cemented the deal. After false songwriting starts slavishly imitative of Elvis Costello and the Clash, Paul knew he was adrift and threw himself on the mercy of The Recycler, answering an ad for a raw experimental rock band called Andy & The Rattlesnakes.

The Rattlesnakes mashed Buddy Guy into Hank Williams into Stravinsky, got some KROQ play, and made noise on the L.A. club scene 1980-81, but Andy split back to New Jersey. Domestic life called. Paul joined the minor legendary psycho blues band Shieks of Shake, whose breakup broke his heart. Rock music and MTV were starting to suck anyway, and Paul resigned from the rock scene, took African and traps drum lessons, and co-founded Sankofa, an African band with master musicians from Ghana and L.A. legend Paul Lagos.

In 1984 Paul started a polka band, for reasons still obscure to himself but probably part of
his dismay at the state of rock.

Rotondi featured Paul on drums, actor Tony Patellis (see him on Sopranos and The Wire of late), and fellow LA musical outcasts who agreed to play accordion and other instruments they’d never played before. Very conceptual, with social satire thinly disguised as polkas, waltzes, and tangos.

The semi joke became a play written by Paul, launched in the actually dangerous downtown LA experimental theater scene, won four Dramalogue Awards, and landed a record deal with ROM records. Three releases got rave reviews and CMJ cred. Rotondi were banned by the International Polka Association for “making fun of polka” on several TV shows including Crime Story and Family Ties, but finally won the hearts of the heartland with US tours that found them playing Polkabration and Jimmy Sturr’s All American Polka Fest.

The dance grooves made the Bonedaddys the top LA club draw within 6 months, and they
signed with Chameleon Records, distributed by Capitol. And became road rats, touring 7 months
of the year for years. The band was an under the radar success, with huge crowds across
the country, including setting an attendance record at the Santa Monica Pier series, 18,000
people.

The Bonedaddys became Bo Diddley’s backup band for a memorable season, co-writing
and releasing a song with Bo, and doing a series of concerts that were pure improvisation, with
Bo leading the band on long, dreamlike instrumental songs. Paul was picked by Bo for a studio recording of Surfer’s Love Chant, written by Bo for the cult classic TapeHeads. They tuned up, Bo
played the chord changes, and said to Paul: you play lead. Paul: me play lead? Bo: you play
lead. Paul: But you’re Bo Diddley. Bo: You play lead. It did seem to work out.

Bonedaddys was a step into the big leagues, opening for Caribbean legends Kassav, a succession
of dazzling roots bands from Africa, Jimmy Cliff, Buckwheat Zydeco, Burning Spear, Toots
and the Maytals, jamming with many of them; and The Neville Brothers, who adopted the
Bonedaddys as younger brothers, having them open multiple times in New Orleans.
Good times, insane times, drug busts and 3 a.m. diners and heavy southern barbeque. It was a
delightful 7 year burnout.

A highlight of SpyCar recordings was a collaboration in spontaneous song creation with virtuoso singer/ songwriter (and later multiple Tony winning) Stew of the Negro Problem, funded by a grant from the L.A. Composer’s Forum, whom SpyCar fooled into thinking they were an experimental music band along the lines of Morton Subotnik and John Cage. 2017 release MOOF featured guest bassist Mike Watt, guitarists Nels Cline, Ben Vaughn, Elvis Kuehn (FIDLAR), Woody Aplanalp, and Sylvia Juncosa in highly varied styles and grooves.

Earthworm Ensemble, a kids’ music offshoot of the Hawks, released two critically acclaimed albums and heavy airplay on Sirius XM that continues to this day.

Recently Paul has been featured soloist in Stan Ridgway’s band, instrumentalist/songwriter Gregg Sutton (Bob Dylan, Lone Justice, Joe Cocker); and a reunion show of The Fibonaccis. Paul has produced many roots rock and pop bands in his home studio in the last 10 years.

If you had a friend visiting you, what are some of the local spots you’d want to take them around to?
The native Angeleno’s greatest fear is the visitor? How do you show someone this much maligned town that is indeed half eyesore, with its beautiful half chopped into small pieces by freeways, smog, the architecture of greed.

Okay, since I live in Highland Park, the last hipster refuge for artistes priced out of now dull and gentrified Silverlake and Echo Park, we’ll start with an excellent coffee at Civil Coffee on Figueroa, walk four doors down for Austin style tacos at Home State (even though they no longer serve organic eggs). Then we’ll walk, yes, walk, to the Metro stop and take the Gold Line train at its most scenic, over the LA River and through Chinatown, get off at Union Station and walk to the Arts District a half mile south. If Covid has lifted, there are great art galleries and bookstores and we can get some more excellent coffee. All on foot. Then we can train it back to Highland Park and catch what are often cutting edge bands at the Highland Park Bowl, between Civil Coffee and Home State but now lit up and packed with hipsters and seekers of knowledge. Also a great spot to go bar hopping if the Bowl isn’t enough. 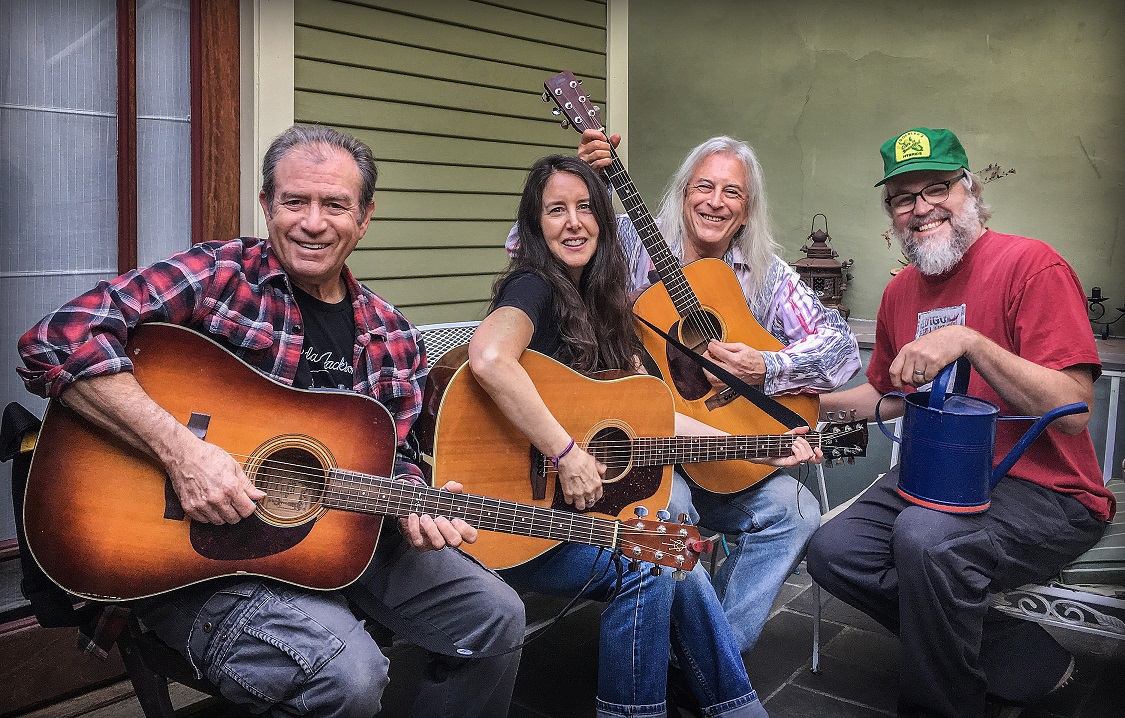 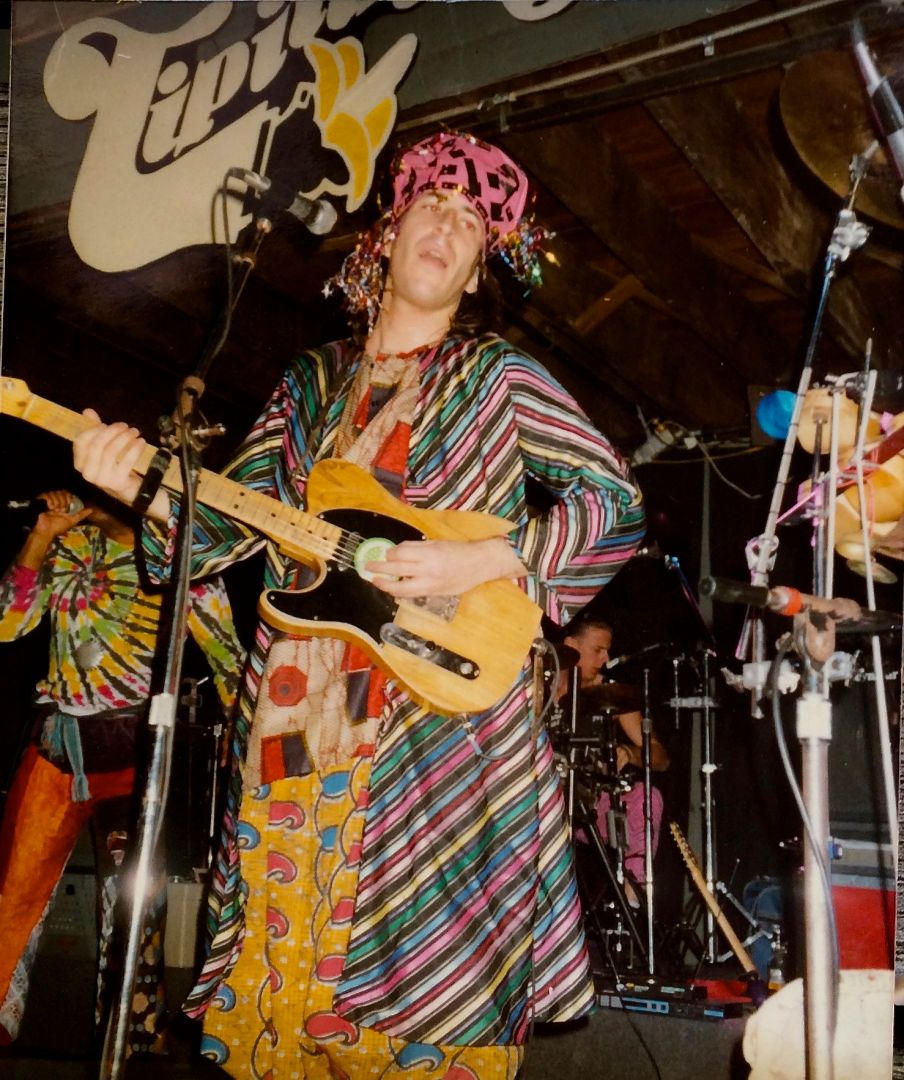 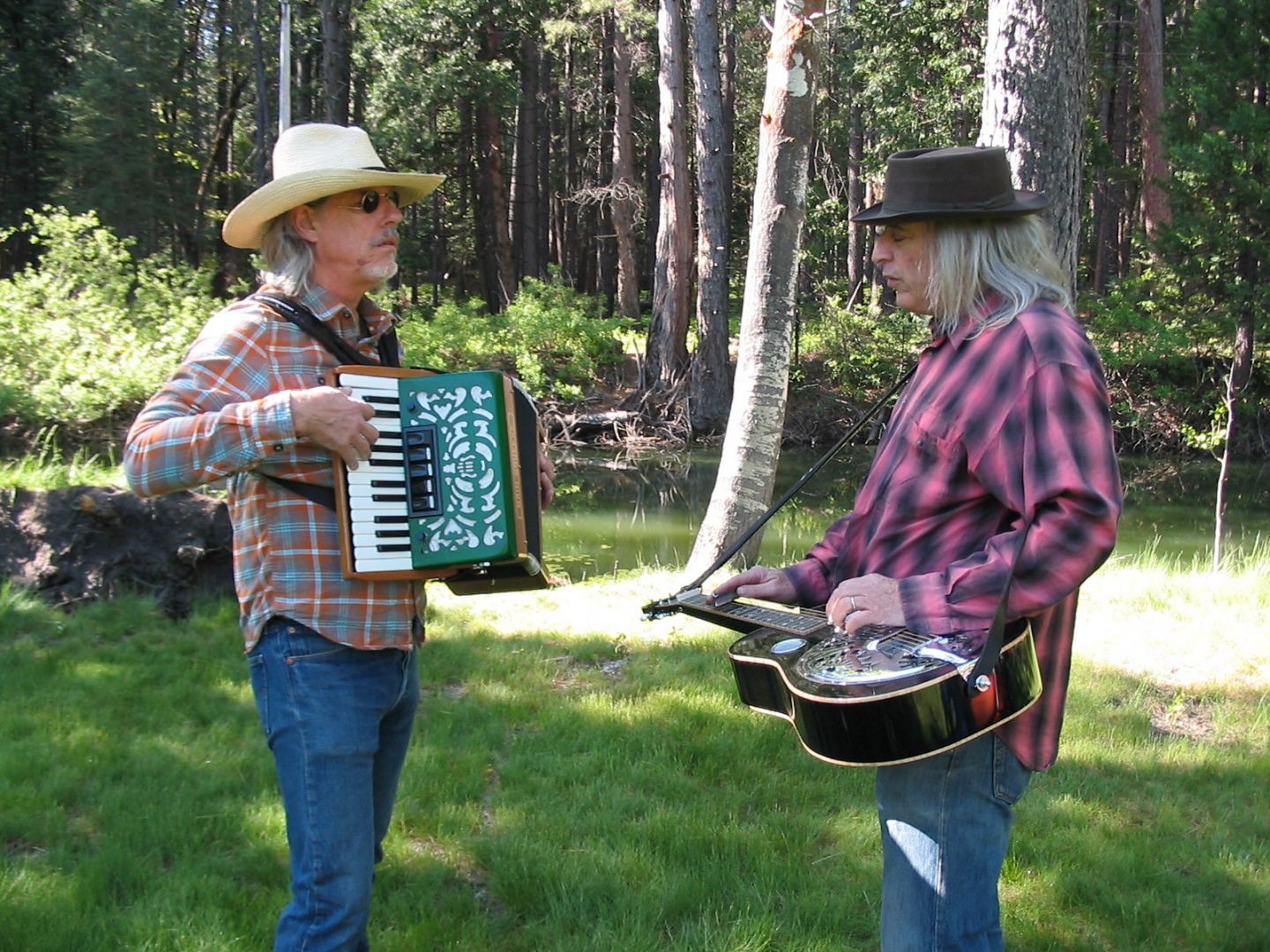 Who else deserves some credit and recognition?
I’d like to dedicate this to the Los Angeles music scene. From my first immersion in 1980, I have found it to be open, non-judgemental, supportive, non discriminatory as far as gender, ethnicity, everything, and not snobby in any way. You can put together any kind of music project you envision, from a staggering roster of musicians in all genres, and people will give it a chance. Viva LA!