We had the good fortune of connecting with Phil Tice and we’ve shared our conversation below.

Hi Phil, we’d love to hear more about how you thought about starting your own business?
Well, I’ve only just begun my journey as a small business owner with Tice Tomes, my new horror bookstore/online art shop, but I’ve been charting my own path in the filmmaking world for a few years now, and I always go back to the idea that “no one else will do it for you.”

It’s so difficult to bring personal projects to life in this town, especially when your work is as horror-oriented as much of mine typically is — I’ve written, directed, and produced a number of my films out of my own pocket because I knew they wouldn’t see the light of day otherwise, and I applied that same thinking to my horror anthology book, “High Strangeness: Tales From the Edge of the Unknown”, which is set to release through my store this October.

Tice Tomes was primarily built as a way to bring that book into the world and bypass the red tape and genre bias of the traditional publishing world — but as I went through the process of getting everything set up, I thought this new business might be a fun way to share not just my writing, but my ever-growing backlog of personal art with the rest of the world rather than just leave them to gather dust. It’s been an incredible outlet, and to see folks wearing shirts I’ve designed or hanging my prints in their homes is a true honor.

Have my films blown up on the world stage? Not yet. Will I win any renown from my art? Maybe a little, in the niches I cater to. Will my book become a NY Times Best Seller? I sure hope so, but I’m not holding my breath. In the end, all I want to do is share my stories and my work with the people and communities that I love and I know will appreciate them (and if I break even on overhead costs, that would be a nice bonus!) 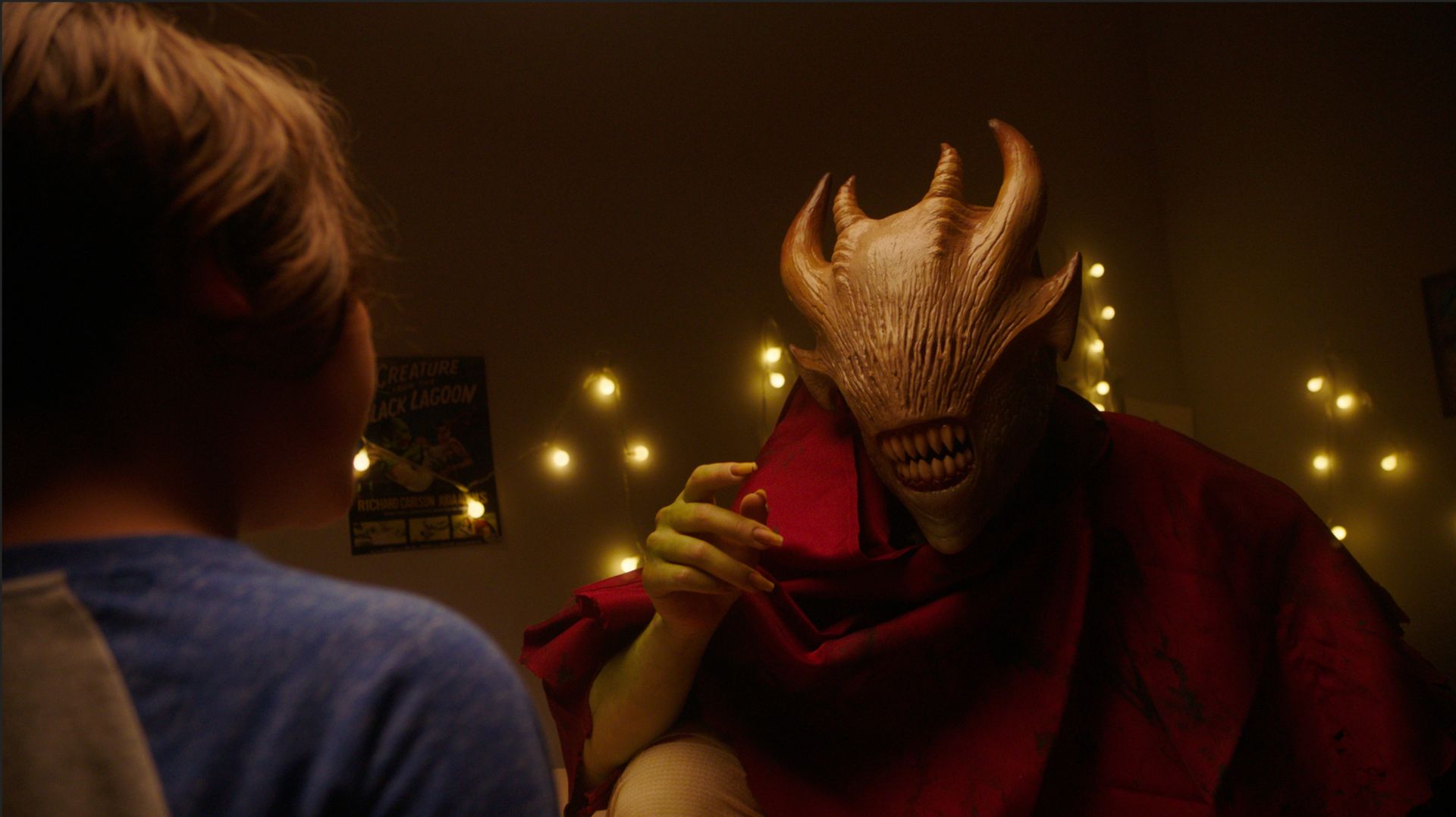 Alright, so let’s move onto what keeps you busy professionally?
I’ve been a storyteller, in some form or another, since I was 4 years old – which is a little bit of hyperbole, but what good writer doesn’t exaggerate? I began my relationship with the make-believe with my nana, Claire – together, we made up a story about a little boy and his Cheeto-loving goblin best friend and wrote it all down in a Garfield spiral notebook that I still cherish today, almost two decades after my nana’s passing. The green crayon illustrations are still intact.

From there, I started writing my own short books in middle school, where my first dip into horror storytelling worried my mother so much that she nearly forced me into an early retirement. Thankfully, I learned a shred more subtlety by the time I reached high school and my friend tapped me to become the screenwriter for the stupid little short films that we shot in his backyard. With Matt Goetz behind the camera and me as the dedicated scribe, our meager crew made dozens of films became our own mini Cannon Films in the suburbs of New Jersey. For a while I had thought I would become a high school history teacher, with elbow pads and a consistent paycheck, but after I started writing I couldn’t do anything else. I took the leap.

Around the end of high school, I was lucky enough to meet the two men that would form my understanding of the nebulous, murky waters of entertainment industry – Chris Messineo, the self-made filmmaker who taught me foundational storytelling skills at NJ Film School in New Providence, NJ; and Oscar nominated screenwriter David Magee, who I met when his son joined our Boy Scout troop. By pure coincidence, I had stumbled into the most important mentorship of my artistic and professional life, and for the next few years, I would meet up with David once every six months for cups of coffee and sage wisdom.

Along with the many pieces of advice, David also gave me a one-time offer: he would read one of my scripts and offer his honest opinion, which for a new writer was both a thrilling opportunity and a true sword of Damocles hanging over my head. It wasn’t until my college graduation that I finally cashed in my one-script token, and less than a year later, I was working for David’s production company, Brass Mantle Entertainment, where I’m proud to say I still work today, collaborating with the best writers I’ve been lucky enough to meet in my (admittedly short) time in the industry.

But no matter who I’m employed by or what occupies my daylight hours – I still spend most nights writing my own projects, typically concocting horror stories that might not be the right vibe for the screenwriter of Mary Poppins Returns. It’s in these personal writings that I’ve experimented in my genre, explored themes that are sometimes as upsetting as they are exhilarating, and even found moments of therapeutic self-examination amongst stories of haunted diners and vampiric cowboys. I’ve learned that horror is maybe the most universal genre of any of them, because it cuts to the very core of its characters, and in turn, its viewers as well. That pressure cooker is good for the soul, even if you’re left a little sleepless by the scares.

In the last few years, I’ve returned to my first love – novel writing – and I’ve found it to be an incredibly rewarding break from the grind of the film industry machine. I’ve been told by collaborators that the amount I write is “shocking” (mostly in a positive way), and I’m proud of that work, but I more attribute my work ethic to a constant anxiety rather than any great bouts of inspiration – like a shark who will die if it stops swimming, I worry that if I stop writing I will fall behind in some great race I can’t see, but whose footfalls I always hear thundering behind me.

But there have certainly been hardships scattered amongst the kernels of luck – I moved across the country to work in Los Angeles as a professional necessity, putting me 3000 miles away from most of my longtime friends, my entire family, and the Garden State I love so much. LA has its charms but I’ve never been a city boy and this is a place where it is very easy to feel adrift. As someone told me during my first month in the city: “You live and work in LA to earn the right to not live and work in LA anymore.” I’ve been screwed over by a litany of bad producers and broken promises that threatened to upend projects I cared deeply about – and though I was able to reorient and emerge from those situations largely unharmed – they have certainly affected my choice in collaborators and tolerance for seemingly ever-present industry B.S. But I think the greatest obstacle that still looms in my path to this day is the great struggle for recognition – for all my work and festivals and self-made achievements, both the film and publishing industries are still so selective as to who they dane worthy to pass the velvet ropes and make a living from their art. Despite the frenzy for content in today’s market, it seems harder than ever to break into the exclusive bubbles that decide what art is fit to print (which is why I’m working to carve my own path entirely). 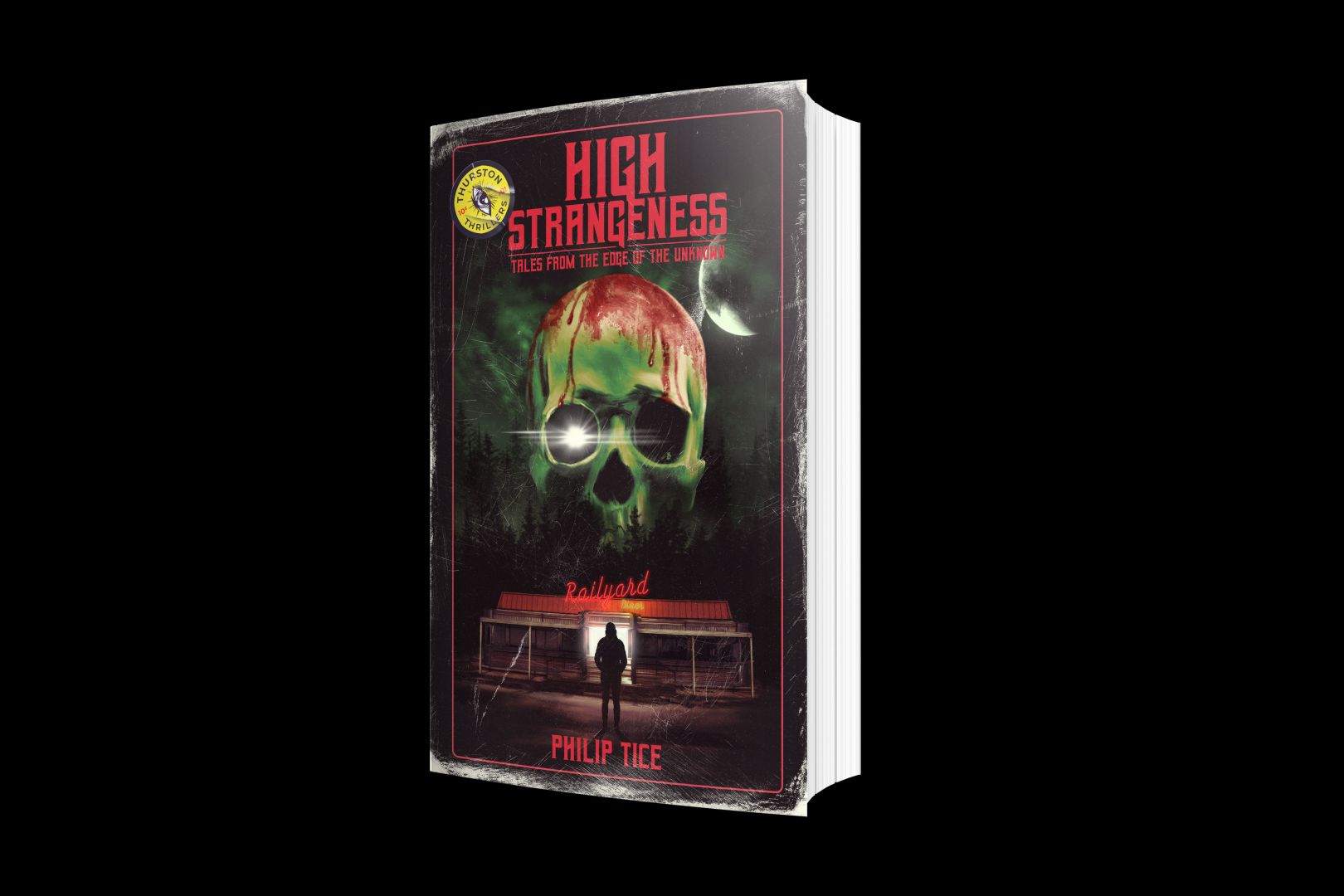 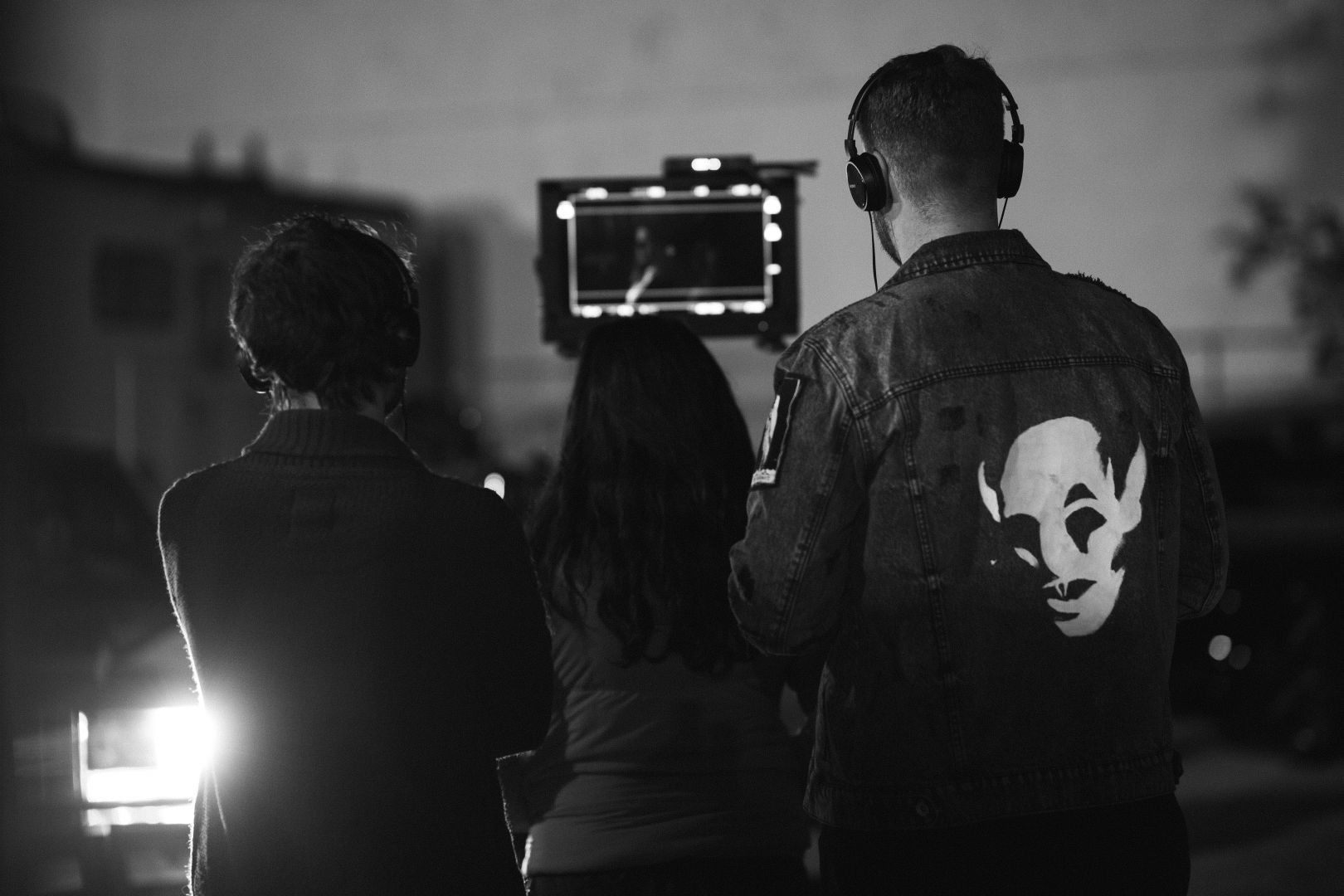 If you had a friend visiting you, what are some of the local spots you’d want to take them around to?
Oh man, for all my LA slander, it is packed with things to do. As a very amateur foodie, I’m always drawn to good (usually cheap) eats, whether that is a basket of fish and chips from the H. Salt Fish Company near my apartment (one of the last two in existence!), the kitschy wonderland of Patrick’s Roadhouse right off of the PCH, or Thai food on pink folding tables at Night Market Song (the first place someone took me for dinner when I first moved to LA). Patty’s Diner in Toluca is my favorite casual business meeting spot (and the eggs benny ain’t half bad either).

As far as attractions go, I have to be a Basic Film Kid and recommend the Academy Museum to anyone who has a few hours and more than a couple dollars to burn – as expensive as tickets and parking, the curators really knocked it out of the park with this long-awaited four story movie shrine. But 9 times out of 10, you’ll find me spending my weekends trekking across the San Gabriel Mountains outside of the city, escaping the asphalt sprawl for pine sprigs and a breath of fresh air. If you have it in you, Strawberry Peak is my favorite mountaintop to ascend, and if you go in the fall months, there’s a chance the morning mists might hang low over the peak and give you the experience of climbing through a cloud bank like it’s your very own Olympus.

And of course, I’d have my horror fan card revoked if I didn’t tell folks about the Bearded Lady Oddities Shop/The Mystic Museum in Burbank, the best spot for true lovers of everything from tarot to the occult to slasher movie classics. The Bearded Lady has it all, and their exhibits are always rotating and always killer. All of Magnolia Park is worth exploring, but for me, Bearded Lady/Mystic Museum is the spooky crown jewel of the entire San Fernando Valley. 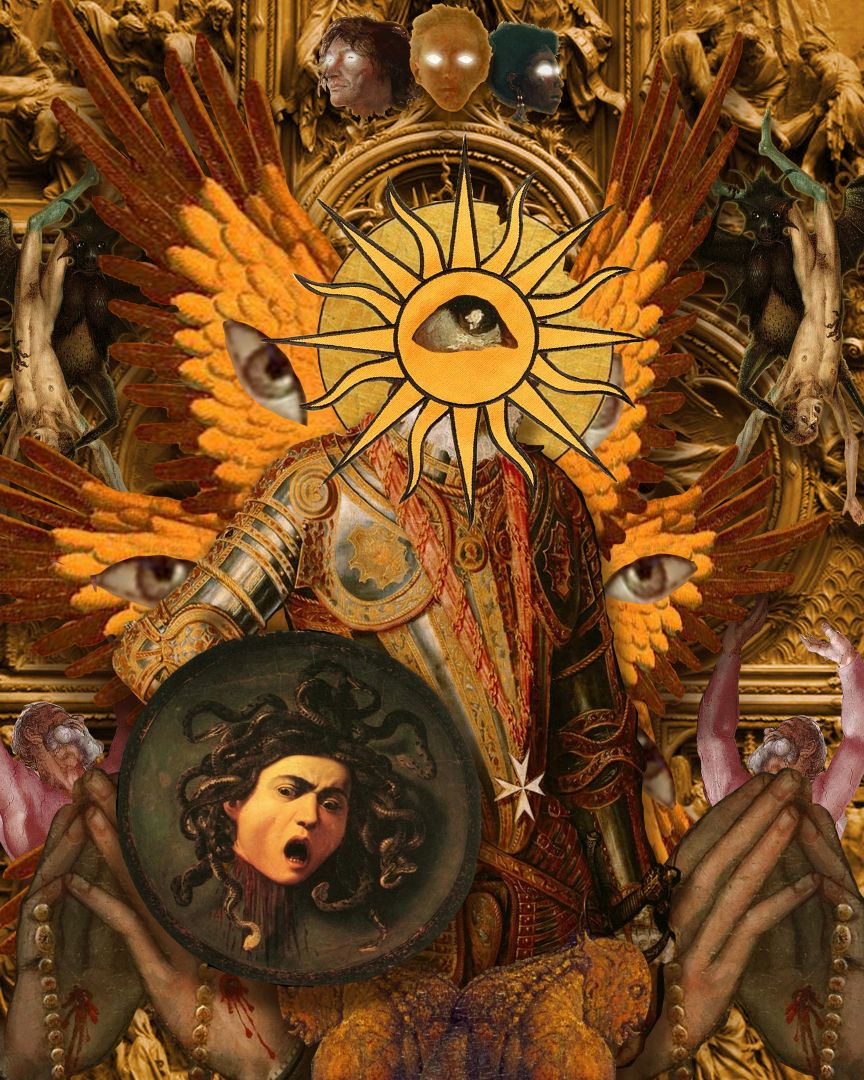 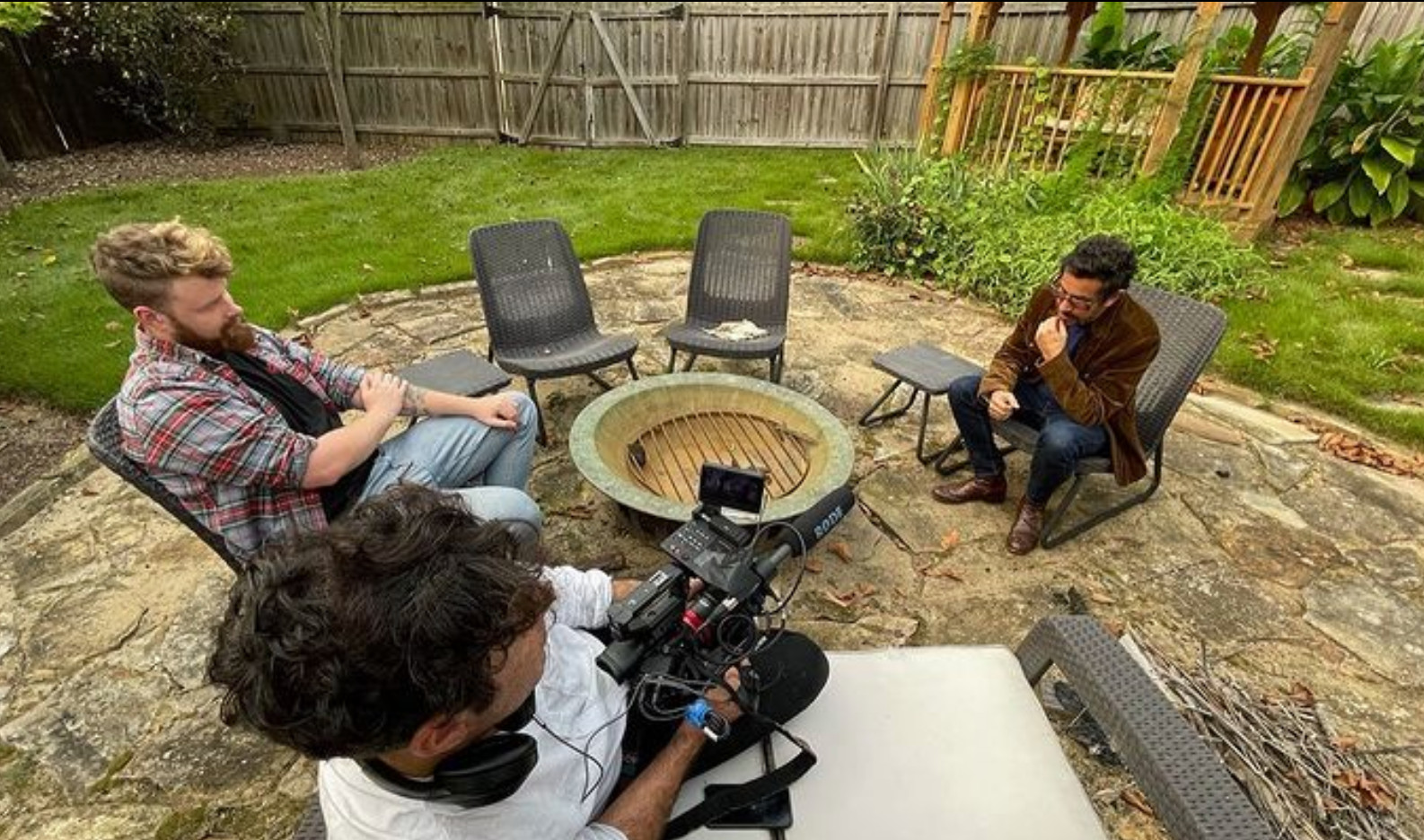 The Shoutout series is all about recognizing that our success and where we are in life is at least somewhat thanks to the efforts, support, mentorship, love and encouragement of others. So is there someone that you want to dedicate your shoutout to?
I would be stumbling in the dark without the unending support of my parents, Dave and Melissa, my mentor, Oscar Nominated screenwriter David Magee, my coworker and confidant Luke Durett, my devoted producing partner Max Zell, and my stalwart crew of filmmaking collaborators like Julia Tranfaglia, Caitlin Brown, Nikki McLelland, and Elsa Ames. There are too many other incredible friends and family to name here, but each and every one of them are essential all the same.

I’d also love to shout out my friend and stand-up wunderkind Julia Linger for recommending me to ShoutoutLA for this interview! 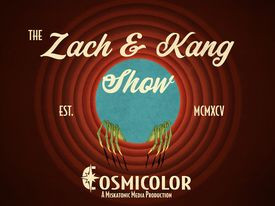 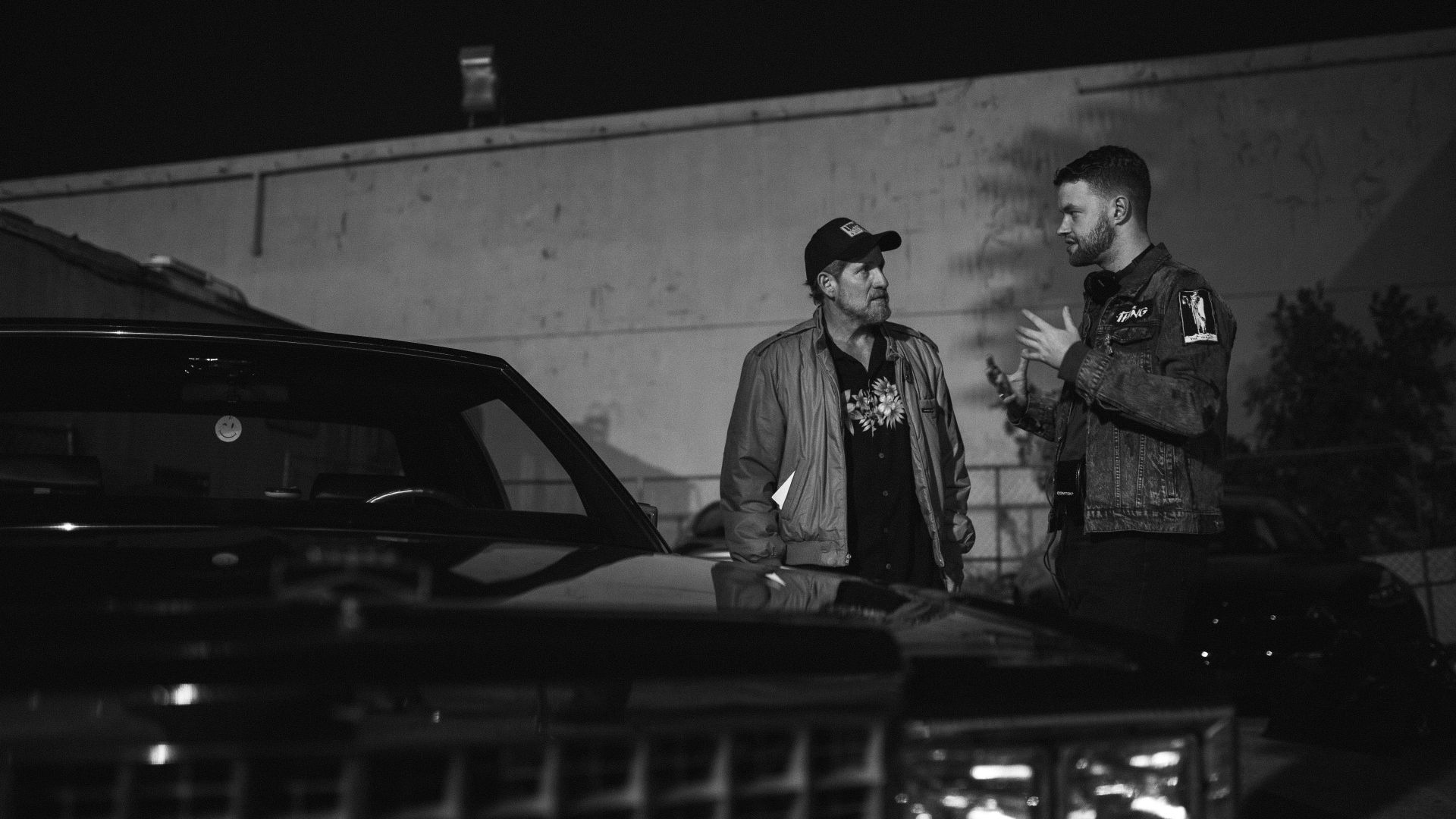