We had the good fortune of connecting with Phung Huynh and we’ve shared our conversation below.

Hi Phung, do you disagree with some advice that is more or less universally accepted?
“Pull yourself up by your bootstraps.” I strongly disagree with the false belief that anyone can elevate and achieve success on their own. We all need our communities and belong to a greater scaffolding collective in building ourselves and each other. The original intent of the saying, “pull yourself up by your bootstraps” was meant to be an insult directed towards a man in Nashville who claimed to have built a perpetual-motion machine during the 19th century. An 1834 publication then responded to the claim that the man can hurl himself over a river “by the straps of his boots.” Bootstraps were designed to help the wearer put on the boots. They were not designed for the impossible task to lift oneself off the ground. But over time, the bootstrapping metaphor has placed success solely on the individual without consideration of the system individuals must navigate, which in more current times we now recognize as structurally racist and sexist. “Pull yourself up by your bootstraps” pivots the haves against the have nots and severely fractures communities. It does not consider how underserved folks are disproportionately impacted, and how many Black and Brown communities are placed at a disadvantage by institutions that do not serve or recognize them. “Pull yourself up by your bootstraps” is a common phrase in American political discourse and more prominent in conservative rhetoric that paints a false picture about self-reliance. 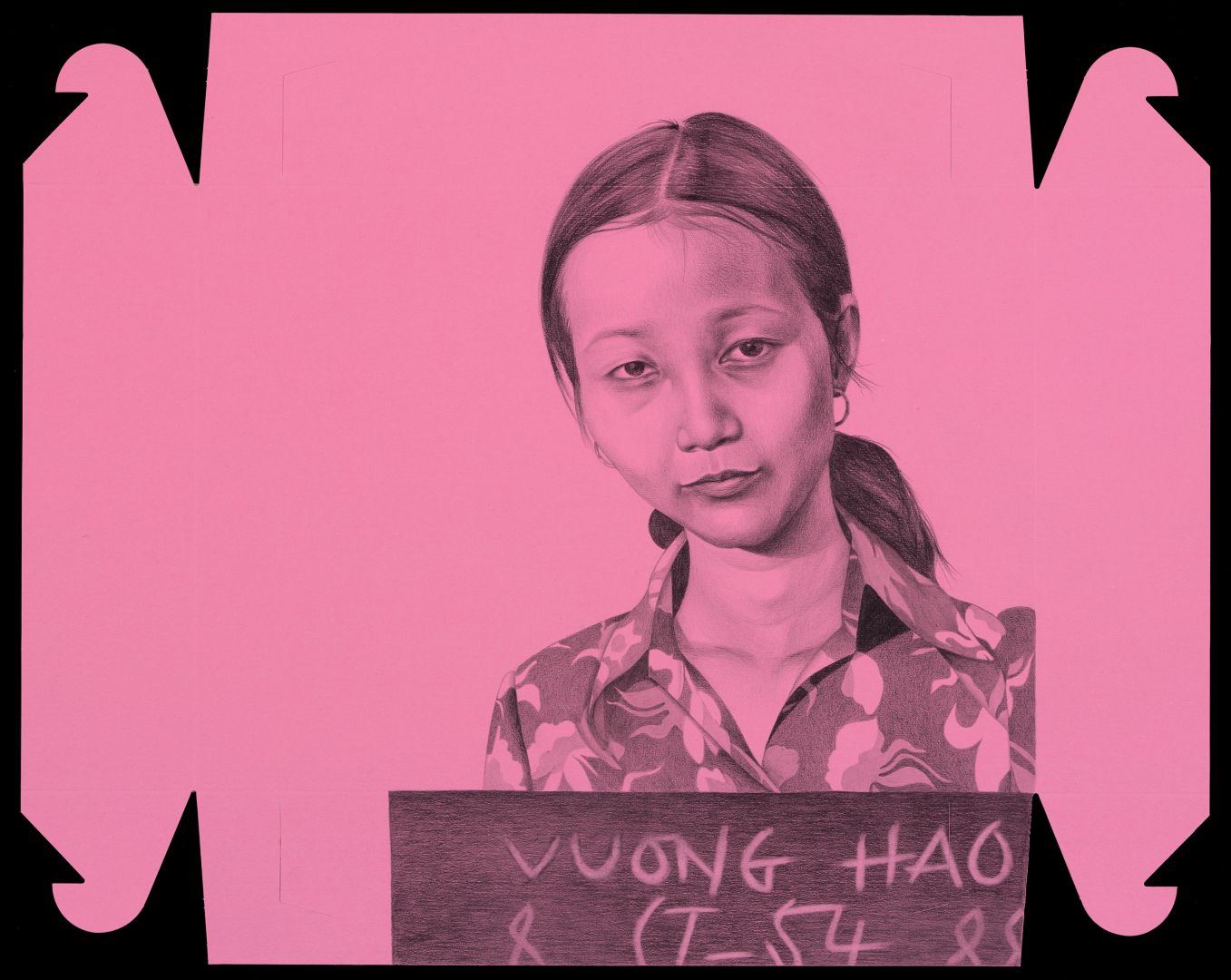 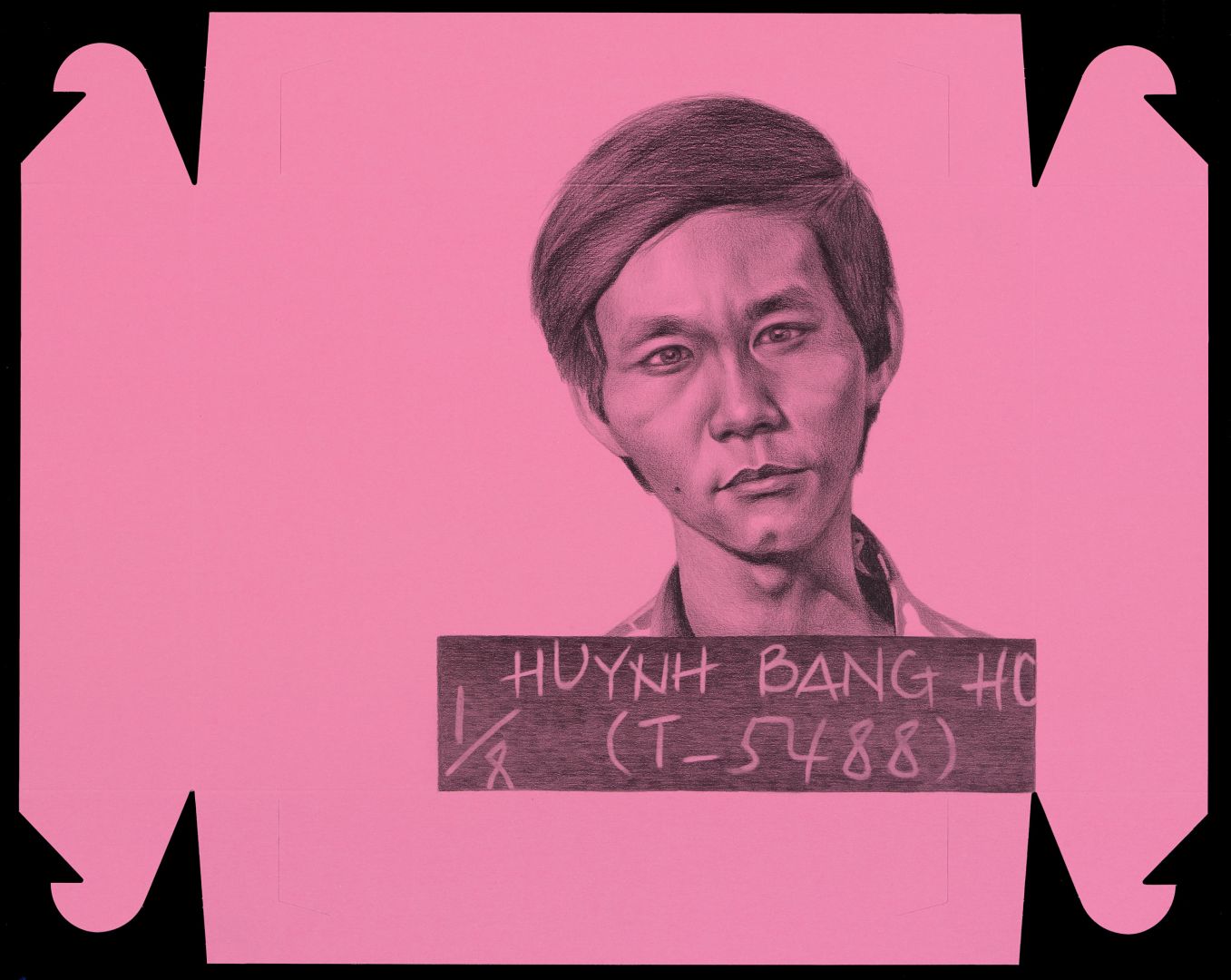 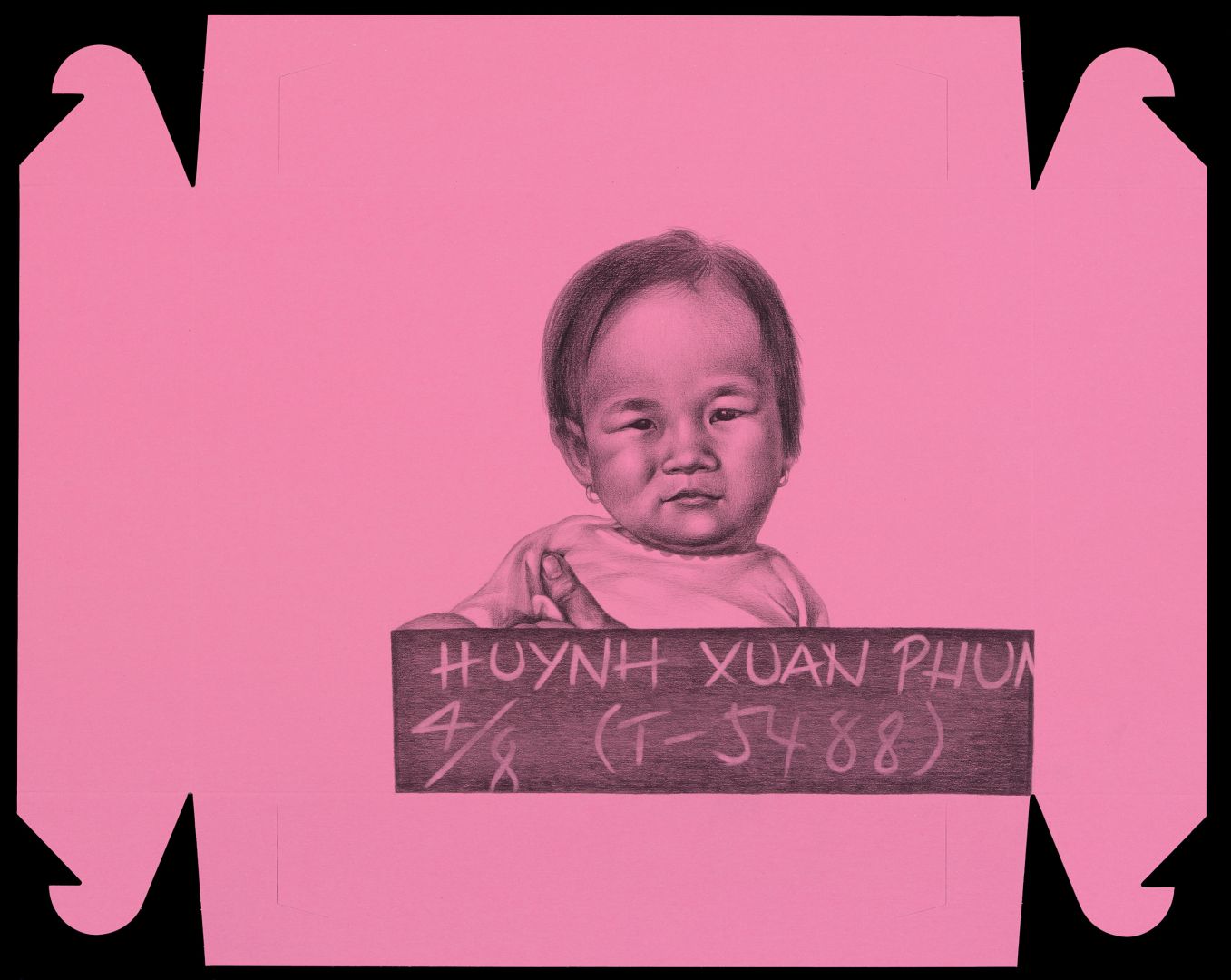 Can you open up a bit about your work and career? We’re big fans and we’d love for our community to learn more about your work.
I am a Los Angeles-based artist whose practice is primarily in drawing, painting, and public art. My work investigates notions of cultural identity from a kaleidoscopic perspective, a continual shift of idiosyncratic translations. The contemporary American landscape is where I explore how “outside” cultural ideas are imported, disassembled, and then reconstructed. In an overwhelmingly diverse metropolis such as Los Angeles, images flood our social lens through mass reproduction and social media, taking on multiple [mis]interpretations and [re]appropriations. Such reflections have guided me in re-stitching traditional Asian iconography within the loosely woven fabric of American popular culture. There is a purposeful “Chinatown” aesthetic in my paintings, alluding to kitsch souvenirs that tourists purchase and the commodification of eastern icons into tchotchkes. I consider how cultural authenticity disintegrates within a capitalist framework, and I paint images of Chinese cherubs, lotus, and carp with a “pop” veneer of delight and horror to challenge the viewer with a western-leaning perspective. My work continues to probe the questions of cultural perception and cultural authenticity through images of the Asian female body vis-à-vis plastic surgery. I reference Chinese feet-binding as one of the earliest forms of cosmetic surgery to contrast the antiquated canon of Asian feminine beauty (small feet, small eyes, a broad forehead, and small breasts) with the current trends of body image influenced by western canons that call for larger eyes, a delicate forehead, a taller nose, and larger breasts. I am interested in how contemporary plastic surgery on Asian women have not only obscured racial identity, but how it has also amplified the exoticism and Orientalist eroticism of Asian women. My most current work is informed by my experience as a refugee of Cambodian and Chinese descent from Vietnam. Inspired by my family’s migration story, personal research, and interviews with Cambodian and Vietnamese refugees and immigrants, I made drawings on pink donut boxes and cross-stitched images of personalized California license plates with unanglicized names. My work unpacks the complexities of immigration, displacement, and cultural assimilation. Each drawing or cross-stitched piece is meant to be a sensitive portrayal of a unique personal story. Close to 90% of California’s donut shops are mom-and-pop businesses run by Cambodian immigrants or Cambodian Americans (Khmericans). The trend that links pink boxes with donuts can be traced back to the Khmerican donut ecosystem. Ultimately, my work is rooted in the practice to unravel ideas of cultural representations and stereotypes, to challenge how we consume and interpret ethnographic signifiers, and to de-center whiteness in constructing visual and historical narratives.

Any places to eat or things to do that you can share with our readers? If they have a friend visiting town, what are some spots they could take them to?
Family and community are cornerstones of my life. I would cook a meal for my best friend to share with my family at home. I would take my best friend to eat Southeast Asian food in restaurants all over the San Gabriel Valley and Long Beach. We would visit historical Buddhist temples, and we would of course take arts and culture field trips to museums and galleries in Los Angeles. My favorite spots would be Self Help Graphics, the Japanese American National Museum, the Chinese American Museum, the USC Pacific Asia Museum, and the California African American Museum. Living in southern California, we have beautiful weather and so fortunate to have access to the ocean, mountains, valleys and deserts. I would be sure to take my friend on a hike, a trip to the beach, or even a simple walk in the neighborhood. 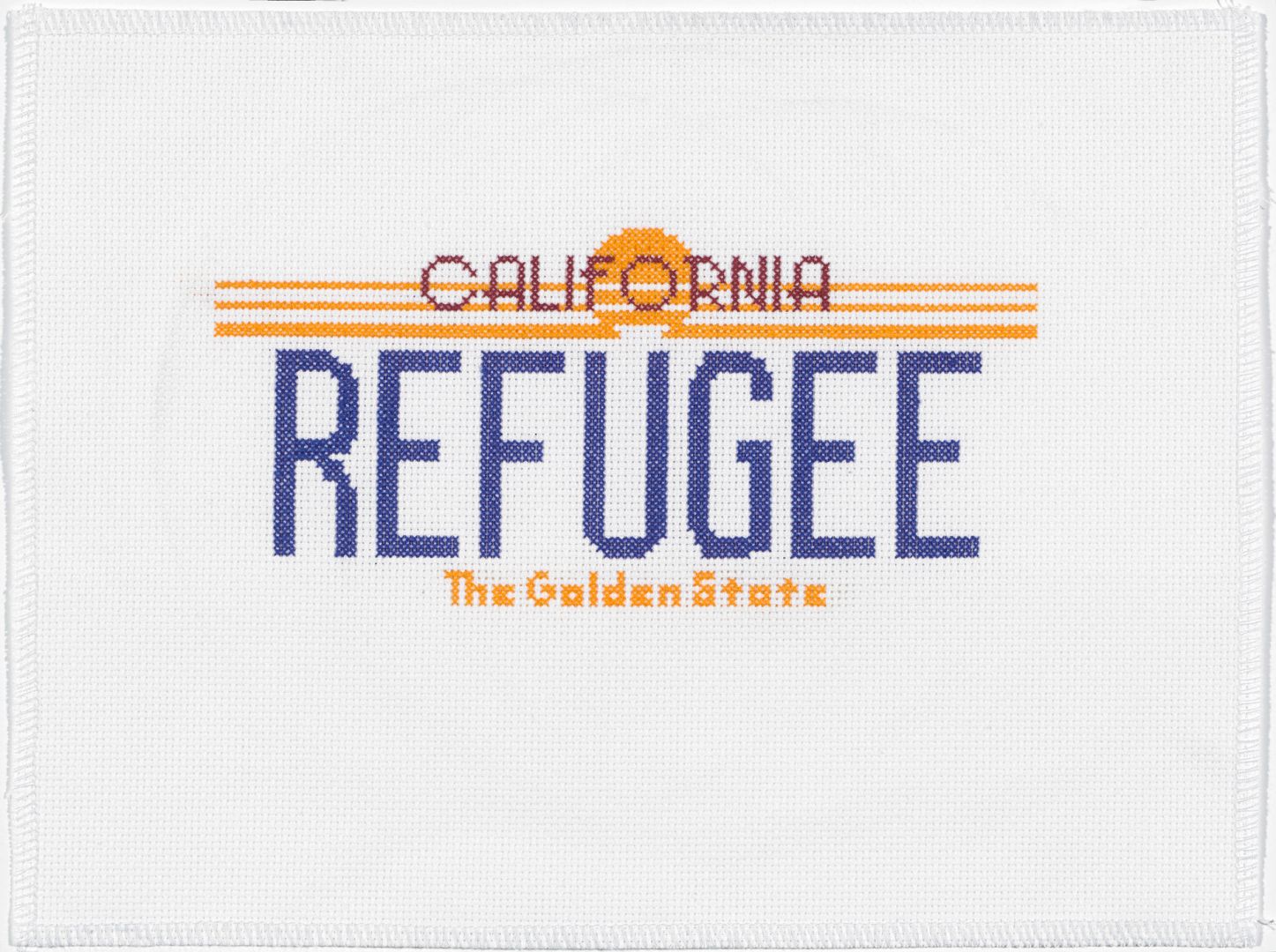 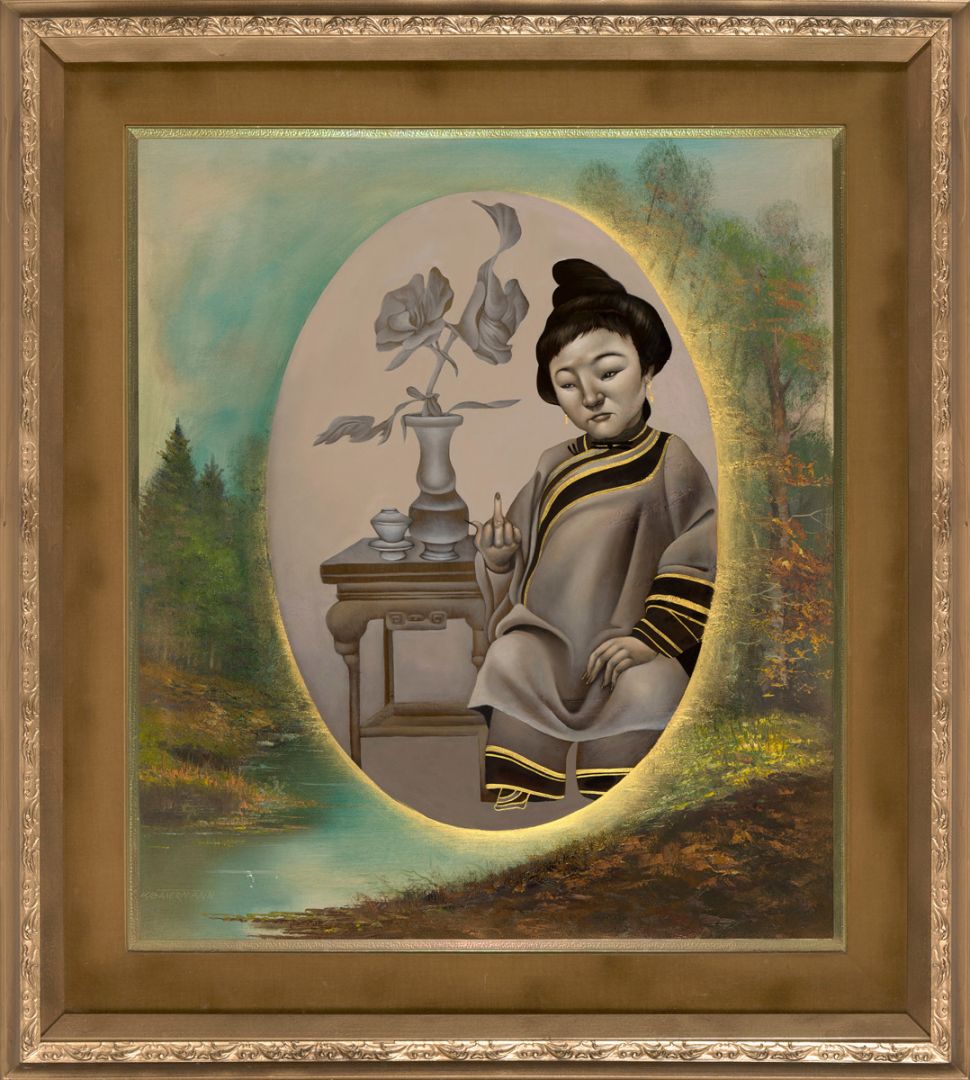 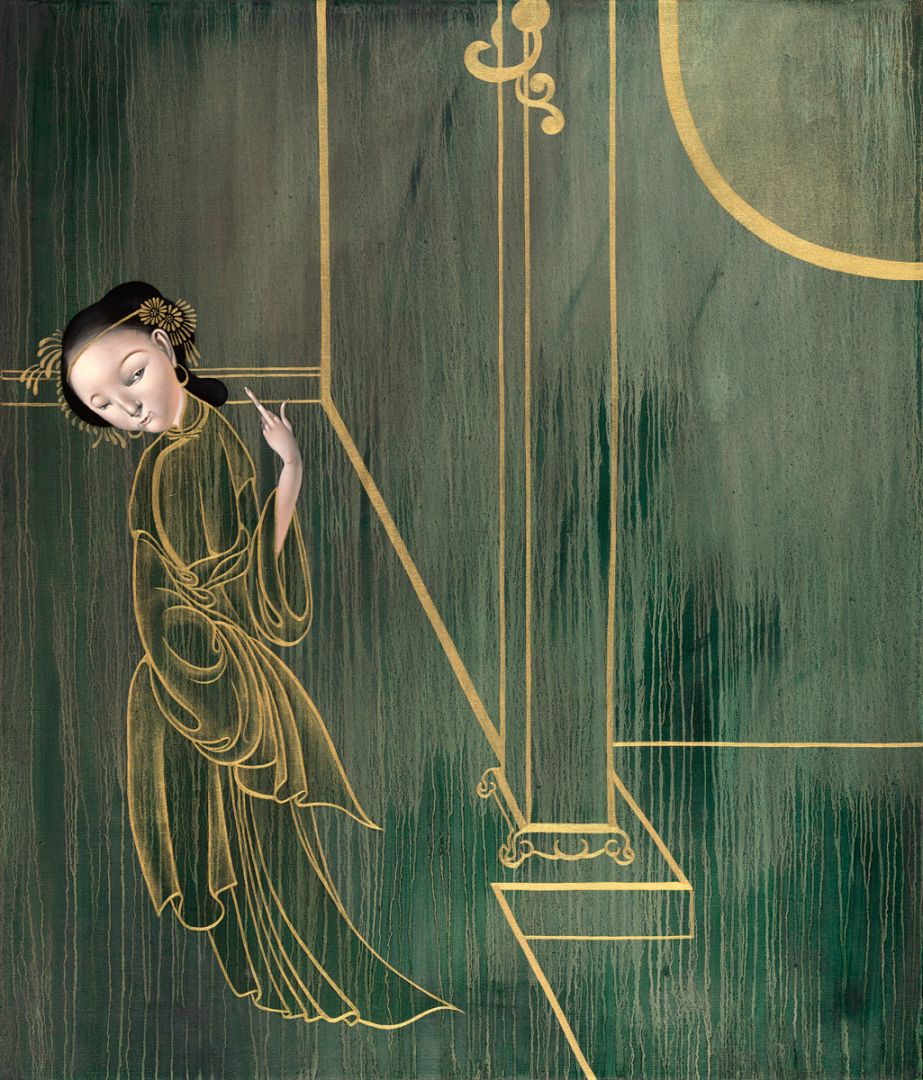 Shoutout is all about shouting out others who you feel deserve additional recognition and exposure. Who would you like to shoutout?
I want to give a shoutout to my mentor, Charles Dailey. Charles Dailey is an African American artist and American War (Vietnam War) veteran who grew up in Brooklyn. Born in 1945 after World War II ended, Mr. Dailey would visit his grandmother as a child during the summers. He would ride a bus to Virginia and experience that intense crossing of the Mason-Dixon line where he witnessed firsthand the harsh calamities of Jim Crow laws. He came into adulthood during the American Civil Rights era, participating in monumental and historical movements that would make my journey as a refugee from Vietnam, that much easier to navigate. He is like my second father, supporting and amplifying my voice in ways I would be forever grateful. I would not be an artist today if it were not for Mr. Dailey.

Image Credits
Photo of Phung Huynh is by Genessis Martinez