We had the good fortune of connecting with Pink Palace and we’ve shared our conversation below.

Hi Pink Palace, what’s your definition for success?
Success to us is being able to do what we love, and someday hopefully make enough money to be able to support ourselves. All we want in our music is for people to relate and enjoy what we create. It means the most when people reach out to let us know that our music has impacted their lives. Music has always been a type of therapy for us and nothing makes us happier than knowing that our music provides that comfort for others. 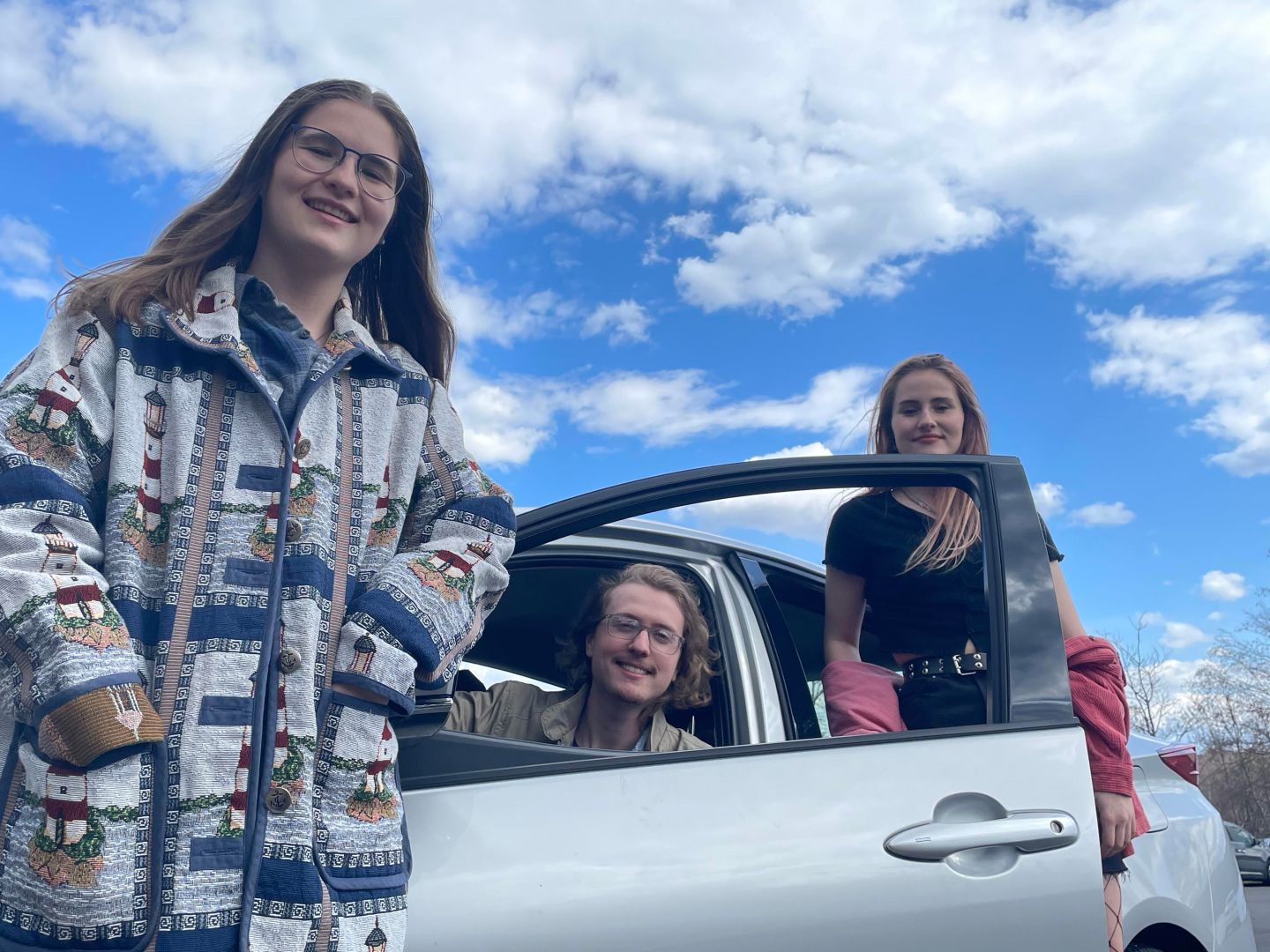 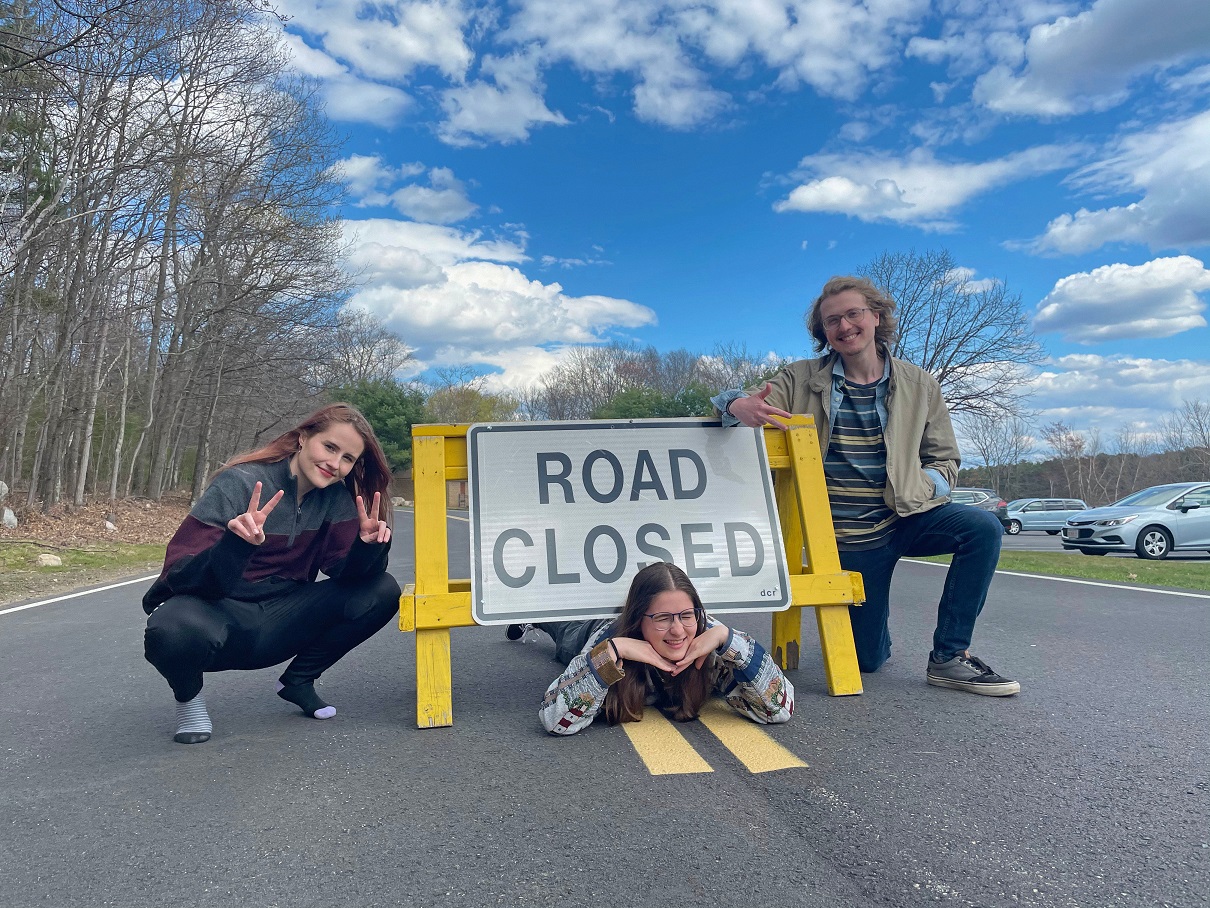 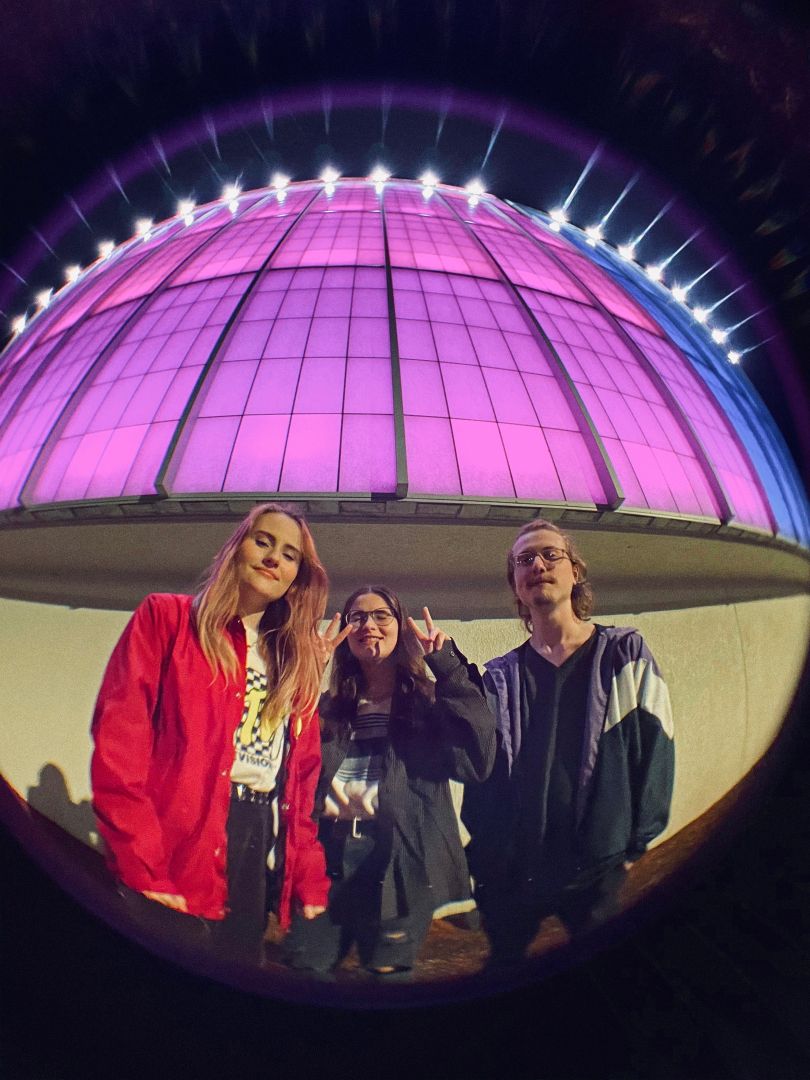 Can you open up a bit about your work and career? We’re big fans and we’d love for our community to learn more about your work.
When we were younger we each had different tastes in music. Kaitlyn liked hip hop quite a bit, Hallie was more into hard rock, and Jon liked alternative rock. Our earlier music was more lofi/pop inspired, partially because Jon and Kaitlyn started listening to artists like Clairo and Idealism, but also due to our limitations skill-wise. The summer after Jon’s first year at Berklee, we got together to create our first EP, ‘Radio Silence’. Before this we had talked about starting a group, but Jon was in college and Hallie and Kaitlyn were still in high school. Throughout that school year, Jon was producing in Ableton and would show his newest tracks to the group. In May of 2018, Kaitlyn went to a writing conference in Vermont that solidified her passion and brought confidence in her songwriting abilities. That summer we put together some of our favorite tracks with Kaitlyn’s poems on top, collaborating with other vocalists since we weren’t yet confident in our own voices. In the winter of 2018, Jon was getting more confident in his producing abilities, and Hallie was improving with her bass playing, so we started integrating more live instruments in our music. The unreleased music from this period included live drums since we now had access to studios, and more indie rock influences. This was a transitionary period in terms of our talent – the songwriting, production, and performances had improved but still weren’t quite where we wanted them to be. Despite this, one of our biggest accomplishments came from this project. Our song ‘Someone To Hold’ was signed with the record label Found/Red, which now has a million streams across all platforms. It was really exciting to see so many people resonating with our song and the lyrics, and we are super grateful for that opportunity.
What excites us the most will always be the project we’re releasing next. We are constantly learning from past projects, and pushing forward. Currently we’re working on an EP to be released late this summer, deviating from our lofi-pop roots and exploring more indie rock and pop sounds. This project is much more cohesive than our previous works, but still has variety. We aren’t known for making happy songs, so we’re excited for people to hear our upbeat pop infused track ‘Downsides’. Another track we’re looking forward to releasing is ‘Insomnia’, which was written in the first few months of the pandemic. We had been listening to a lot of harder rock at the time which influenced the dark sounds in this song, and the lyrics came about from the sudden isolation at the time. Our most personal song on the upcoming EP is ‘Where the Days Have Been’, which focuses on the struggles of trying to cope with a sudden loss of a friend. The lyrics were fully written as a poem before the music was made, so we went with a James Taylor ballad style to fit the lyrics. We believe this EP is our best work and we cannot wait for everyone to hear it this summer! 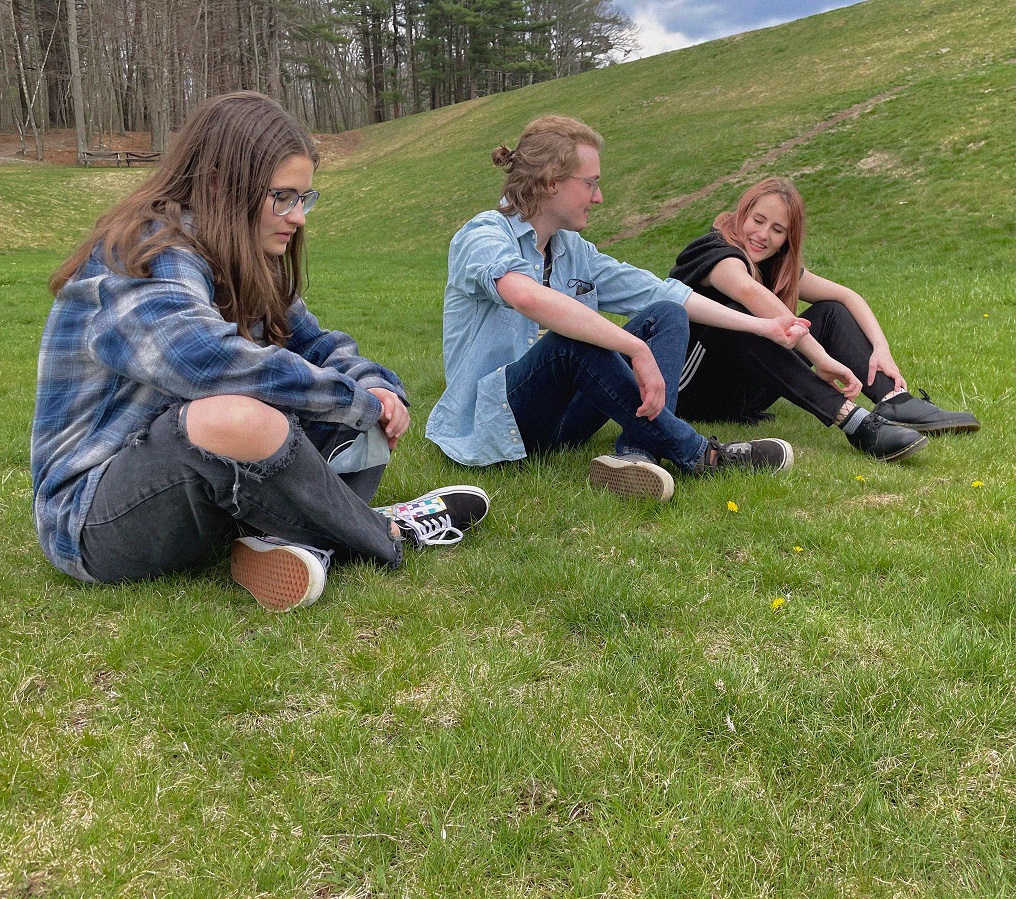 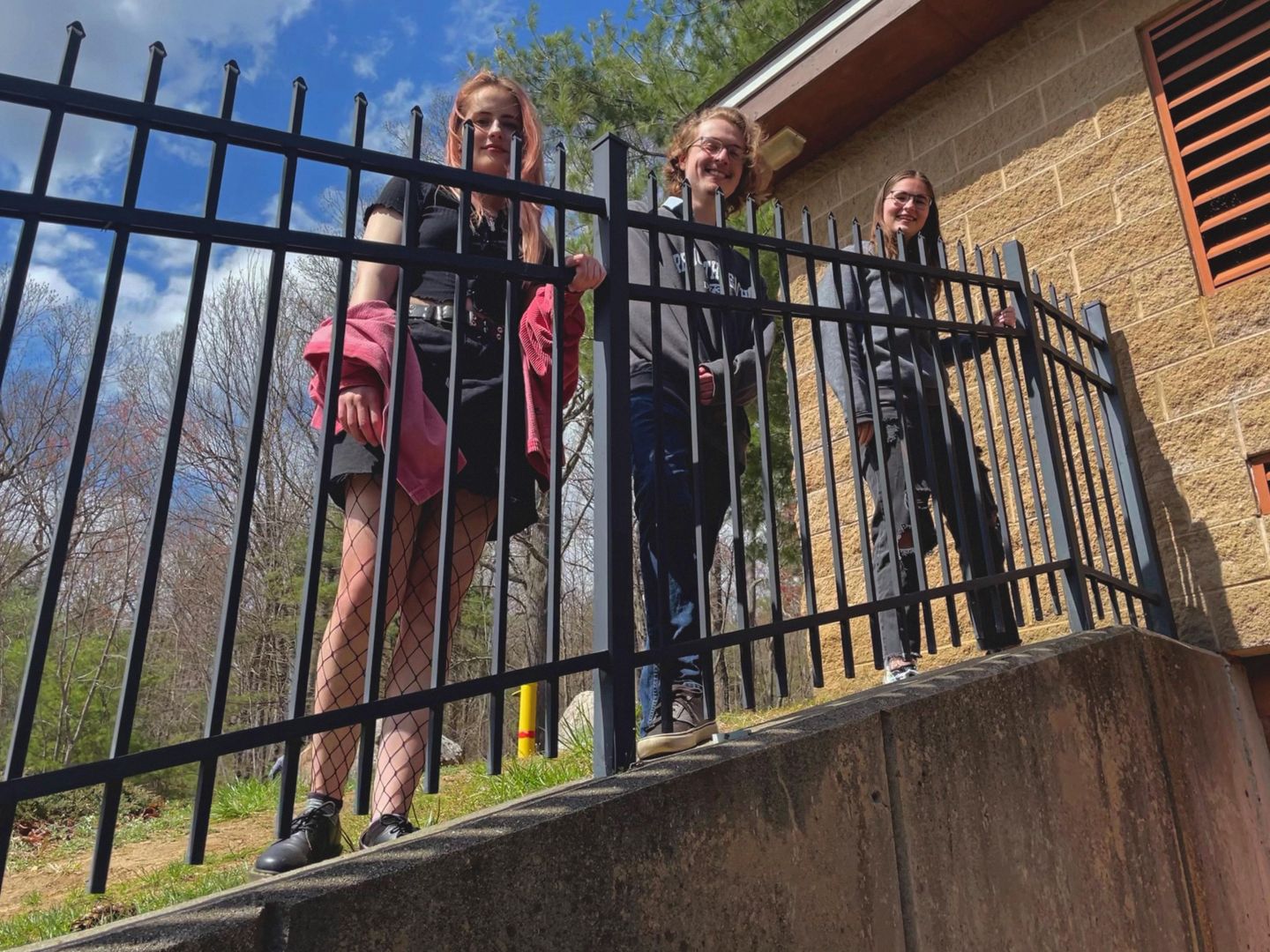 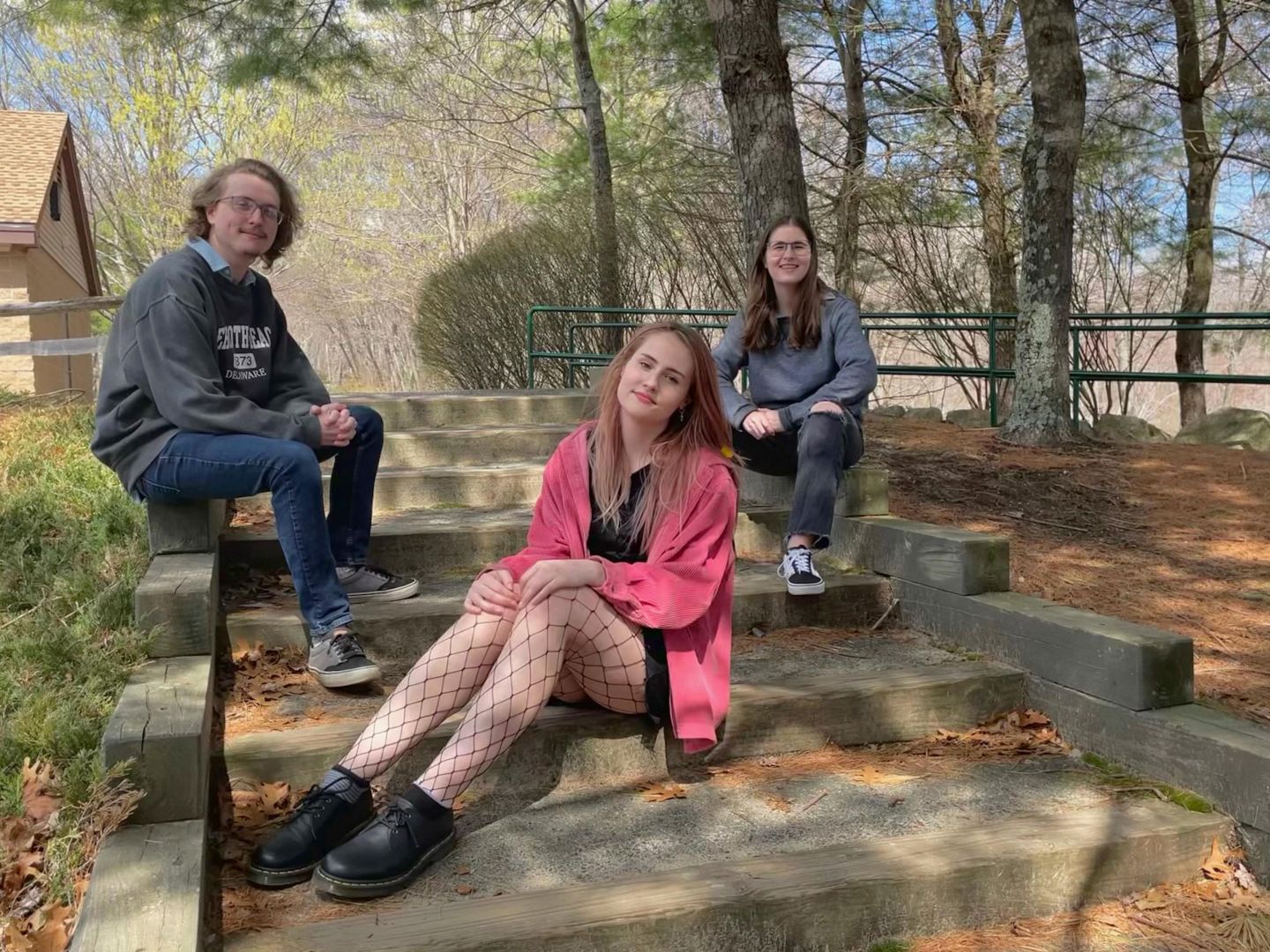 The Shoutout series is all about recognizing that our success and where we are in life is at least somewhat thanks to the efforts, support, mentorship, love and encouragement of others. So is there someone that you want to dedicate your shoutout to?
One of our biggest inspirations is the movie and book, Coraline by Neil Gaiman. It’s our favorite movie and we named ourselves after the apartment complex in the story! It also takes place in a town called Ashland which happens to be the name of our hometown. Everything from the plot, to the animation, to the soundtrack has inspired us ever since we first saw it.

We are grateful for our unofficial bandmate Chris Dee who is always down to play drums on whatever project we need him for. We also wouldn’t be where we are now without Delilah Brao who gives us feedback throughout the whole creative process. We relied on her earlier on to sing on our tracks and perform live with us.

Jon played guitar hero for the first time when he was 9, and ever since he showed interest in learning guitar. His parents were happy to get him a guitar teacher, which kicked off his musical journey. When we told our parents we were starting a band they were thrilled. Whenever we have a gig they’re always as excited as we are. They let us practice in their basement as loudly and frequently as we want. They show our music to their friends and anyone who would listen. We always show them our music before we release it, and we value their thoughts and feedback. We wouldn’t be where we are now if it wasn’t for their constant support, and we can’t overstate how grateful we are for them.