We had the good fortune of connecting with Rachelle Henry and we’ve shared our conversation below.

Hi Rachelle, do you have some perspective or insight you can share with us on the question of when someone should give up versus when they should keep going?

How to know whether to keep going or to give up? The simple answer is to never give up in the face of adversity simply because the situation is difficult. Giving up is only a good option when there is a better alternative. But that’s much easier said than done. The global pandemic is an example of how circumstances can sometimes shift in such a dramatic way, that giving up seems to be the only viable option. In my case, and in the case of almost every other actor or filmmaker and everyone in the entertainment industry, the pandemic suddenly dried up “normal” opportunities to the point that the entire entertainment industry seemed to be a lost cause, at least for the near term.

Momentum in my career had been steady up to that point and I had accumulated 69 IMDb acting credits and had produced and directed other projects as well. As pandemic lockdowns caused artists to lose their creative outlets and inspiration, the adage, “Don’t Wait, Create” took hold and prompted me to look for a new way to continue down the creative path and not give up. I had previously hosted awards shows and high-profile events with my friend and fellow actor, Rico E. Anderson, and we had discussed the idea of launching a talk show web series at some point. As the threat of the pandemic loomed, I turned my efforts to starting a weekly talk show web series called THE LIGHTNING HOUR and producing it through my production company, RPMMarTan Productions in association with Rico’s company, Vision of RA.

The show involves weekly in-depth interviews with entertainment personalities who discuss their careers, their artistic journey and their efforts to give back to the community. The show is broadcast every Friday at noon on YouTube and is co-hosted by me, Rico and our friend, actress Sasha Kerbel. The Lightning Hour just finished its second season with director Sue Corcoran, Mr. Elliott Gould and David DeLuise, Elijah Nelson and Cynthia Geary, as well as several other lead characters for an almost 10-year reunion of filming “All I Want Is Christmas.” THE LIGHTNING HOUR has had some amazing guests including Lin Shaye (Insidious franchise), Dot-Marie Jones (GLEE), Lilimar (Bella and the Bulldogs), Sheldon Reynolds (former lead guitarist and vocalist with Earth Wind & Fire), T.J. Storm (Godzilla), and many others. www.youtube.com/c/TheLightningHour/videos 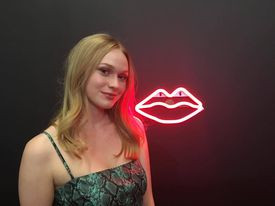 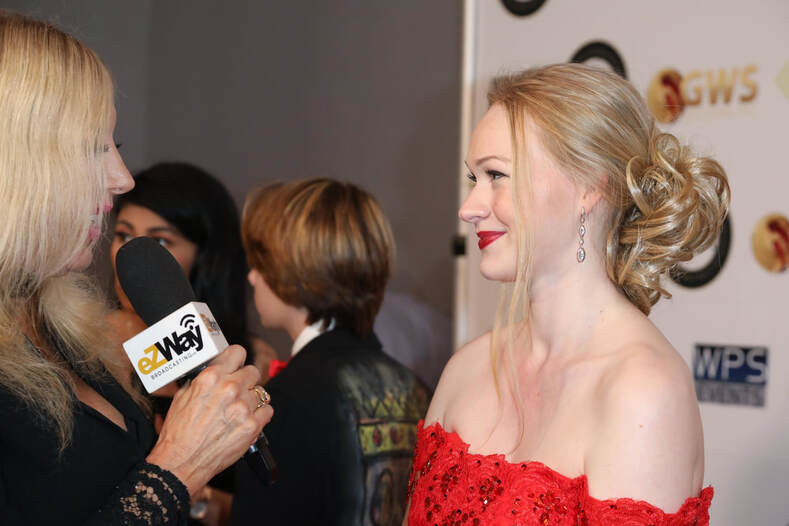 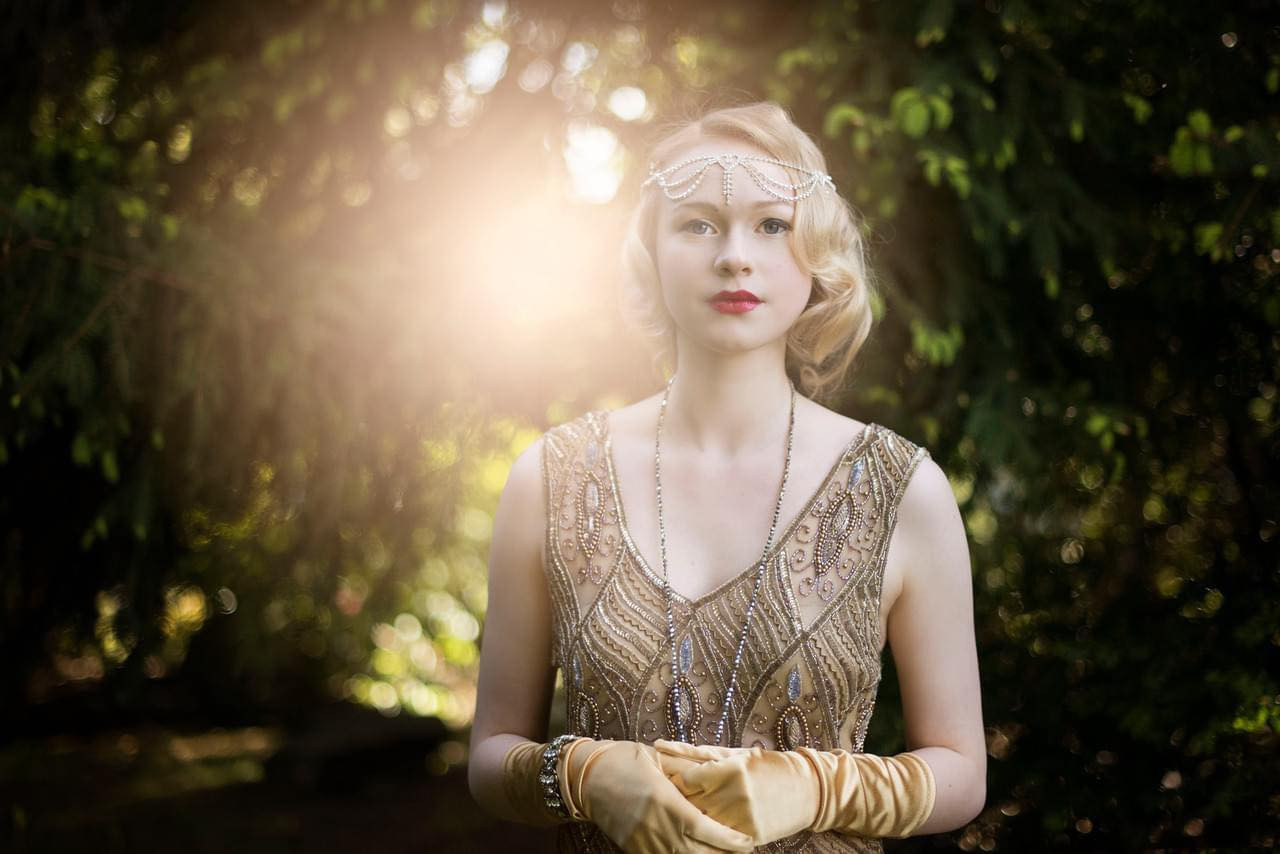 Let’s talk shop? Tell us more about your career, what can you share with our community?
I am an actor, writer, director, producer and one of the most important films in my career happened when I was 10 years old. “Ira Finkelstein’s Christmas”, also titled, “All I Want Is Christmas,” was directed by Sue Corcoran and starred Elliott Gould and David DeLuise. It provided the opportunity to watch industry professionals in their element and not only did I learn from watching the A-List actors, the director made a lasting impact on me. Sue Corcoran was not only a powerful, talented female director, she was well-loved for the respect, kindness and appreciation she showed every person working on the film, from the DP down to the extras in her film. She still inspires me.

As an actor I have 69 acting credits and credits in writing, directing, producing, as well as other film and television credits in IMDb. That work has taken place on the west coast in Seattle, Portland, Los Angeles and San Diego. As the momentum for my career involved more and more work in the Hollywood area, I made the decision to relocate and continued to expand my portfolio in acting, producing and hosting in LA. I was in three feature films that released in 2019-2020: WALLFLOWER; released by AMC Theaters across the U.S. received critical acclaim by Variety and the New York Times and is available on streaming platforms everywhere. In WOODSTOCK OR BUST starring Willow Shields (The Hunger Games Trilogy) and Meg DeLacy (The Fosters), I play the role of the fun-loving friend, Jill. This film can be found streaming on VOD platforms everywhere. In MY SUMMER AS A GOTH, I play the role of best friend Molly, for which I received a nomination for Best Supporting Actress in a Feature Film at the 40th Annual Young Artist Academy Awards in 2019. The film is available on DirecTV and VOD platforms worldwide. In the feature film, MARTINGALE, premiering in 2021, I play Maddy, daughter of the leading character played by Young and the Restless star Kelly Sullivan. I was honored to win the 2019 Young Entertainer Award for Best Young Actress in a Short Film for my portrayal of Amy in MEHNDI, which was an Official Selection of Outfest Film Festival and SIFF, and currently streaming on RevryTV. I am grateful to have won Best Teen Actress in a Short Film at the 38th Young Artist Awards in 2017 for my performance in JERSEY GURL and starring in the short film, GRIFTERS, for which I was thrilled to Best Young Actress in a Short Film at the 2017 Young Entertainer Awards. LOSING IT, a short film I was lead actress in as Sarah Newton, premiered as an Official Selection of the 2017 Slamdance Film Festival and was an Official Selection at the Cannes Short Film Corner. One of my favorite roles as an actress was in CREASED, a coming-of-age social message drama that had themes of identity and racial equality. I have produced nine films and am co-owner of RPMMarTan Productions. I have directed six films including MISSING, for which I won awards for Best Director and Best Film with a Social Message. In 2019, I was so honored to be named Best Producer at the 40th Young Artist Academy Awards. I was nominated in all three new categories including Best Director and Best Writer for my film ENIGMATIC under RPM Lightning, a subsidiary of RPMMartan Productions.

I’m getting my degree in Digital Marketing and grateful that it intertwines with my career in the entertainment industry. I have had a lot of opportunity, but it requires a lot of work to hit all my goals. I have learned that I’m fortunate to have an amazing team behind me so I know the significance of working with talented people and I realize it takes a team. I have had to learn flexibility, be dedicated and work hard, even if it’s so I can match my team. The Lightning Hour, a talk show web series which I produce, edit and co-host, is the latest addition to the RPMMarTan Productions portfolio.

If you had a friend visiting you, what are some of the local spots you’d want to take them around to?
I love all of the things that are unavailable due to pandemic. I’d love to take them to Disneyland, Knotts Berry Farm, and Universal. I’d love take them to the beach and Santa Monica Pier. It would be fun to show them the Walk of Fame, TCL Chinese Theatre, Melrose Avenue, and cruise through Beverly Hills. If they wanted to go shopping, we’d go to South Coast Plaza or The Grove and take in the ambience of The Farmers Market. To bring them a little nostalgic charm, I would take them to the vintage and costuming stores on Magnolia Blvd and eat Italian at Pinocchio’s Restaurant in Burbank. 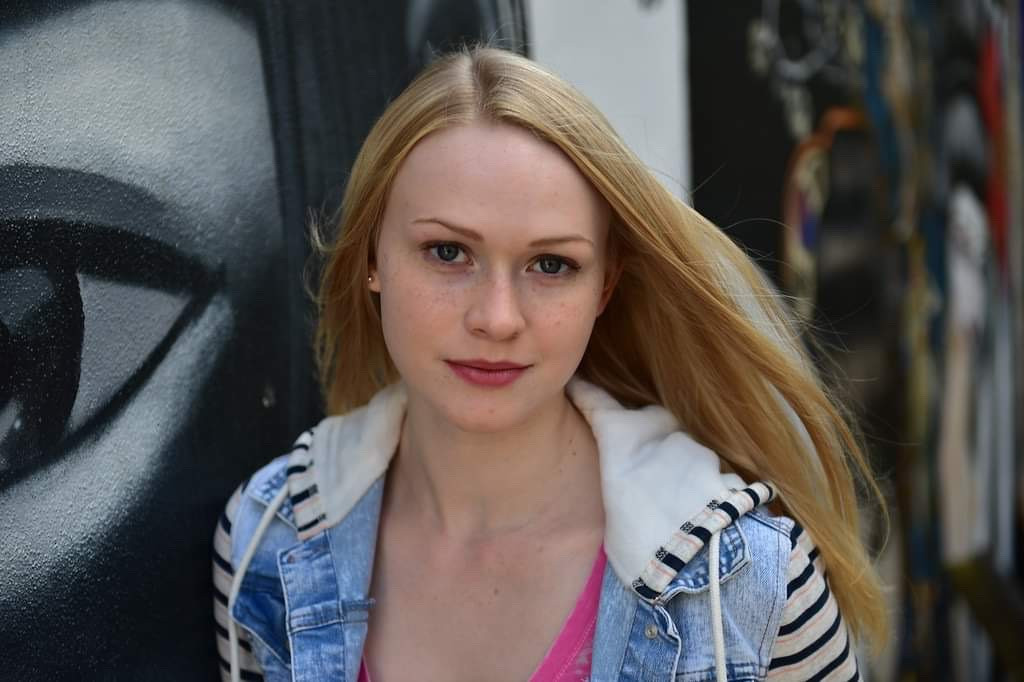 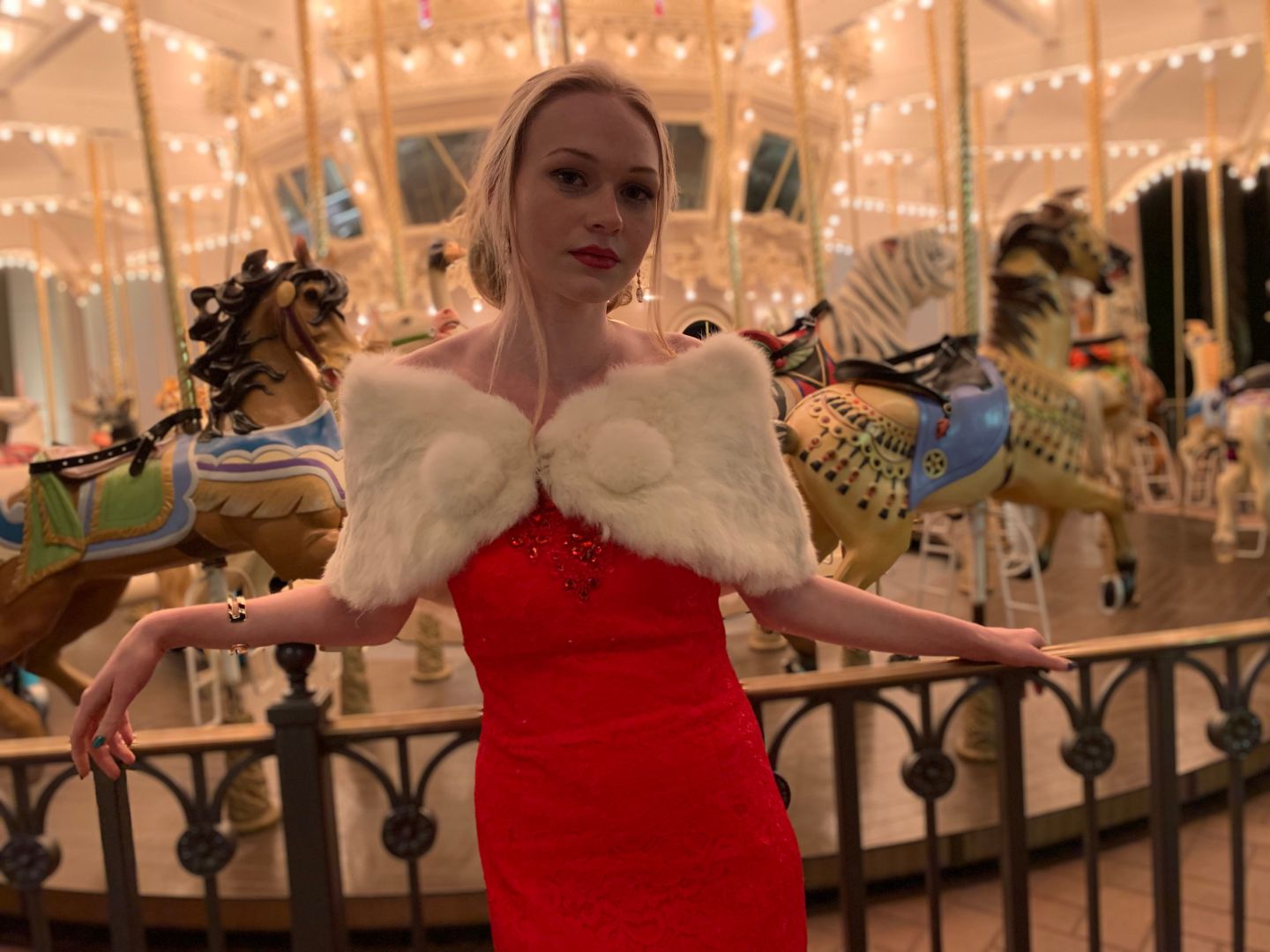 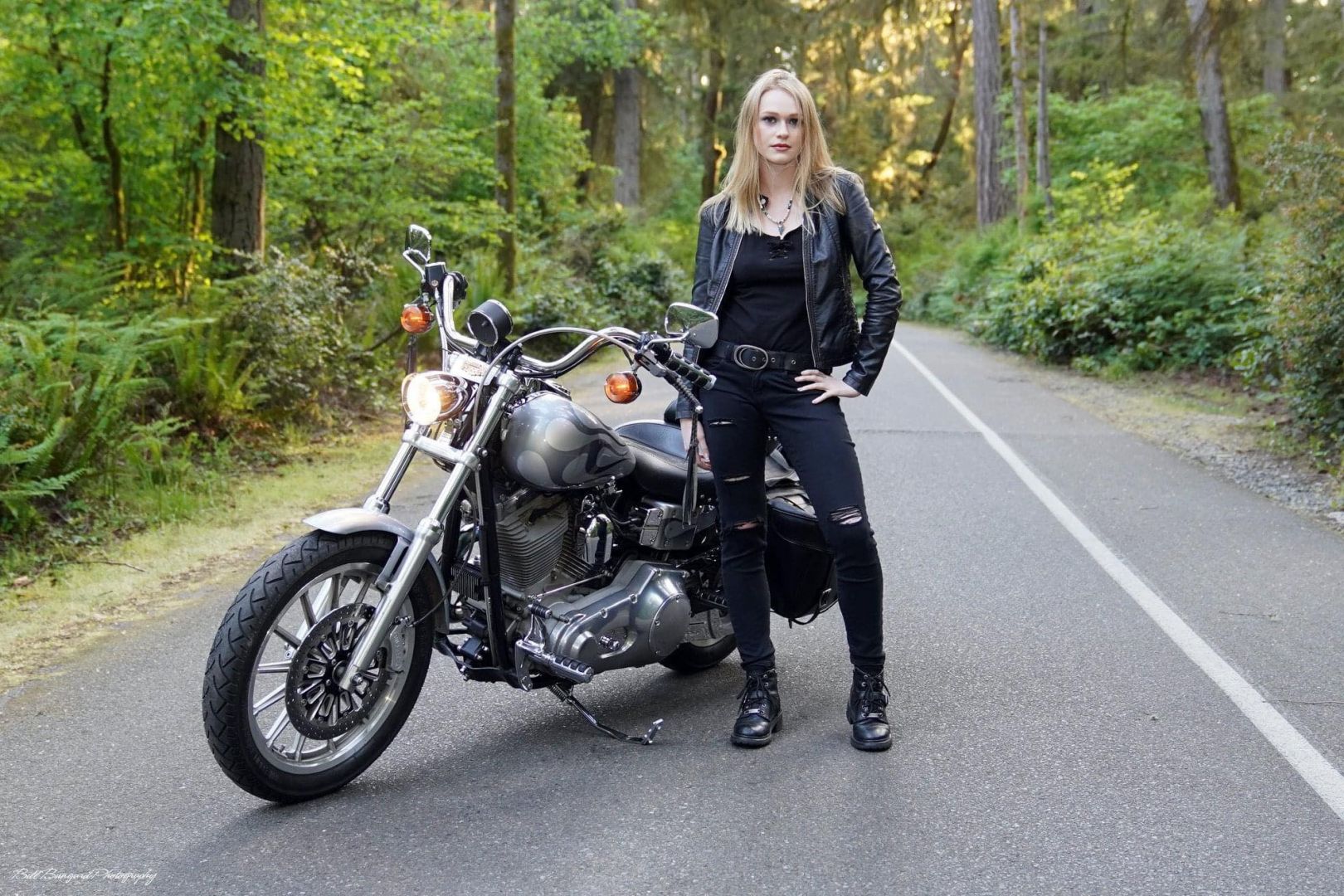 Shoutout is all about shouting out others who you feel deserve additional recognition and exposure. Who would you like to shoutout?
The Lightning Hour hosts: Rachelle Henry, Rico E. Anderson and Sasha Kerbel; GTK PR Talent Agency, Sherry Lee Kilpatrick; AKA Talent Management, Alexi Angelino