We had the good fortune of connecting with Reda Haddioui (Redah) and we’ve shared our conversation below.

Hi Reda, can you talk to us a bit about the social impact of your business?
What got me into music and songwriting in the first place was the need to share my deepest emotions through music. We all go through high and lows in life and the lows can be pretty painful and sometimes haunting you for the rest of your life. Music clearly has a healing power as it gives people the feeling that they’re not alone. Wether you’re listening to a breakup song or a party song, it still gives you the feeling that someone else, while you’re listening to the song, is feeling the same way.
I think that what I do helps the community if different ways. First because some of the songs I produce help some people somewhere in the world. To me even if a song only helps one person to go through a bad day, it is a success. I have received multiple messages from people thanking me for some of the songs I wrote and requesting me more, which is always pleasing to read.
Currently living during an unprecedented global pandemic, my music has allowed me to help to community even further thanks to a song I produced and performed with the singer-songwriter Dominique Vellutato. It has been used by Big Lots for one of their first COVID-19 commercial campaigns, and we proudly donated a part of the proceeds to help the healthcare workers fighting on the frontline. 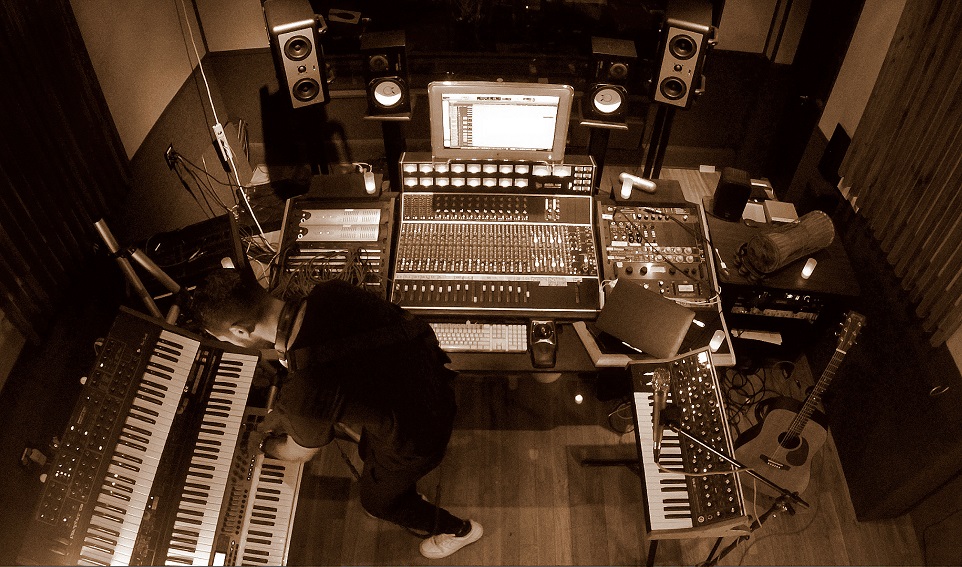 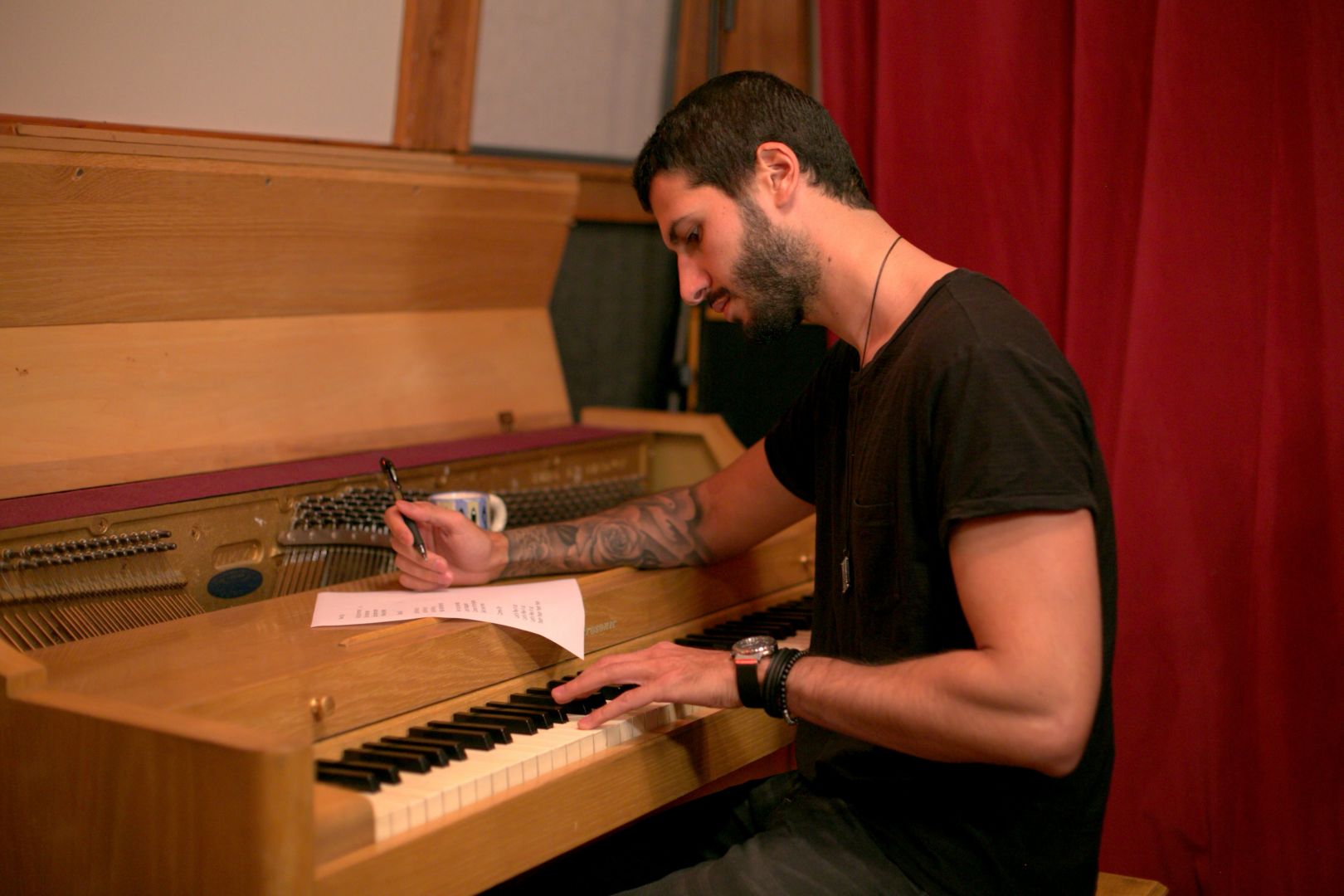 Can you tell us briefly about where you came from and what you’re planning on doing in the near future?
I am a music producer, songwriter and audio engineer based in Los Angeles. My role is to create songs from scratch and turn them into songs ready to be played on the radio, featured in a movie, or even played on a commercial.

I think that what sets me apart from others is my musical background, and my honesty.
My musical background because I lived in 3 different countries with a mixture of cultures and I have been exposed to a wide variety of music and rhythms. I have played many instruments over the years and also was a singer myself so knowing how it feels like to be behind the microphone and the stress that comes with it has helped me to communicate efficiently with the artists I work with.
My honesty is another thing that I think sets me apart from other producers as the artists I work with trust me and know that I truly care about the song and will always give my opinion to try to improve it. Naturally, there are a few times when we have disagreements, but overall the people that stay faithful and loyal to me highly appreciate my implication in the process.

I was born in Casablanca, Morocco, and grew up with two sisters playing music and singing, I never really took it seriously until high school. After graduating from high school, I moved to Paris to study Architecture as I have always been drawing and painting. As most people know, parents usually don’t push their children to try to make a living in the music industry.
After moving to Paris, I quickly turned my apartment to a home studio where I was playing, recording, and producing music every night after school with artists I would discover online and at music shows. After few months releasing several cover songs in which I was singing and playing featuring other local artists, I’ve had my songs played on the radio in France, Morocco, and then have been contacted by several French music TV shows to be a participant in their programs. All of these events made me realize that music was more than a hobby. I’ve been able to convince my parents to let me study music, and have been accepted and given a scholarship at a school I never thought I could attend: Berklee College Of Music. I majored in Music Production & Engineering, graduated with honors in 2016, which for me was hard to believe as I’ve never really been good at school. I’ve always been the student who would do the bare minimum to pass the class, but in music school, I always gave my all and went above and beyond the requirements. After my graduation, I moved straight to Los Angeles to keep producing and writing music that would eventually be shared all around the world.

Today thinking back to where I started as a kid living in the countryside of Casablanca, Morocco, to producing and writing music in Hollywood for the world’s biggest production music library: Universal Production Music, I realize that hard work and perseverance pays off.

It hasn’t been easy and still isn’t but it is a beautiful ride as bumpy as it is. It has been tough emotionally as well, especially in Hollywood where everyone is thrown in this jungle of extremely talented, but also extremely sensitive people. Everyone is trying to make it in their career, as well as socially. People constantly compare themselves to each other and bring themselves down, complain about how unfair the industry is… Some of it might be true, but ultimately, I believe that we’re responsible for our own happiness. Learning how to avoid being hurt by other people’s words and opinions becomes essential.

My future plans are to keep doing what I do, with talented people sharing the same passion. It might really sound cliché, but it is hard to say differently.
To me, it is a lifestyle, if I stop doing it for more than a couple days, I feel like something is missing and feel down. I’m thankful for the people I’m working with. I’m constantly trying to give my best and bring out their best whenever we’re collaborating. The ultimate goal remains creating meaningful music that people across the world will connect to during a commercial, at the beginning of their favorite TV show, during a movie scene, or on the radio. The recognition we, producers, composers, songwriters, artists seek is not to give our ego a boost convincing ourselves that we are amazing and great, but more to feel like we’re created something that helped some people somewhere feel better for a moment in time.

Let’s say your best friend was visiting the area and you wanted to show them the best time ever. Where would you take them? Give us a little itinerary – say it was a week long trip, where would you eat, drink, visit, hang out, etc.
I am probably not the best tour guide out there but I definitely have a few places I love to go to on a regular basis! On top of my head here are a few options (and I am certainly forgetting a bunch!)

Best Coffee:
– Rocketship Coffee on Melrose (get the oat milk latte or mocha)

Drinks:
Good times at Davey Wayne’s
The Den on Sunset
No Vacancy
Tenants of the trees
The Winery next to The Old Place in Malibu to enjoy great wine during the day.

To be honest my favorite things to do are a little outside of LA
I’d rent a cabin in Big Bear, Joshua Tree, near San Diego and relax outside of the city with friends. There are so many areas around Los Angeles that aren’t as crowded and with stunning views to relax and zone out. 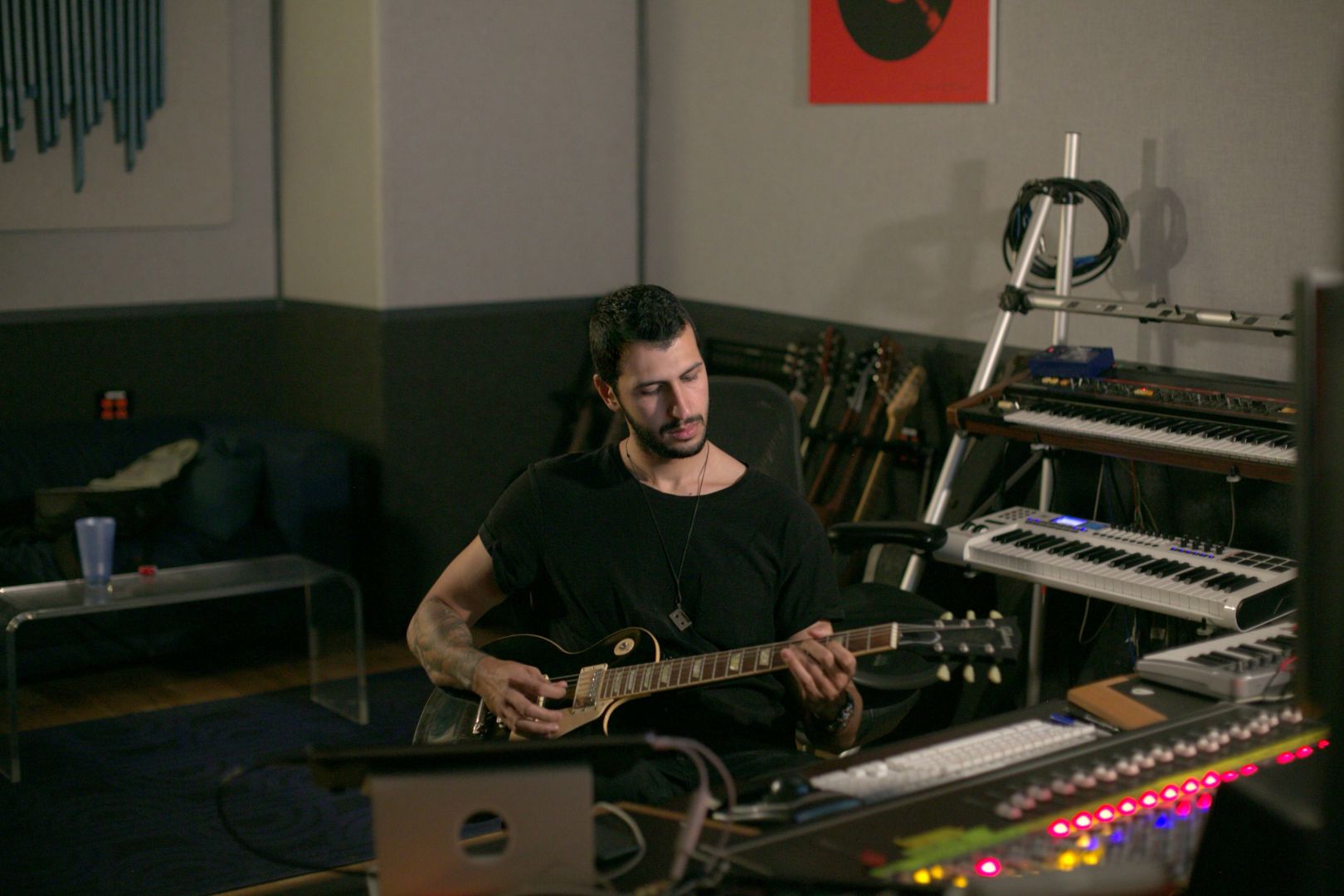 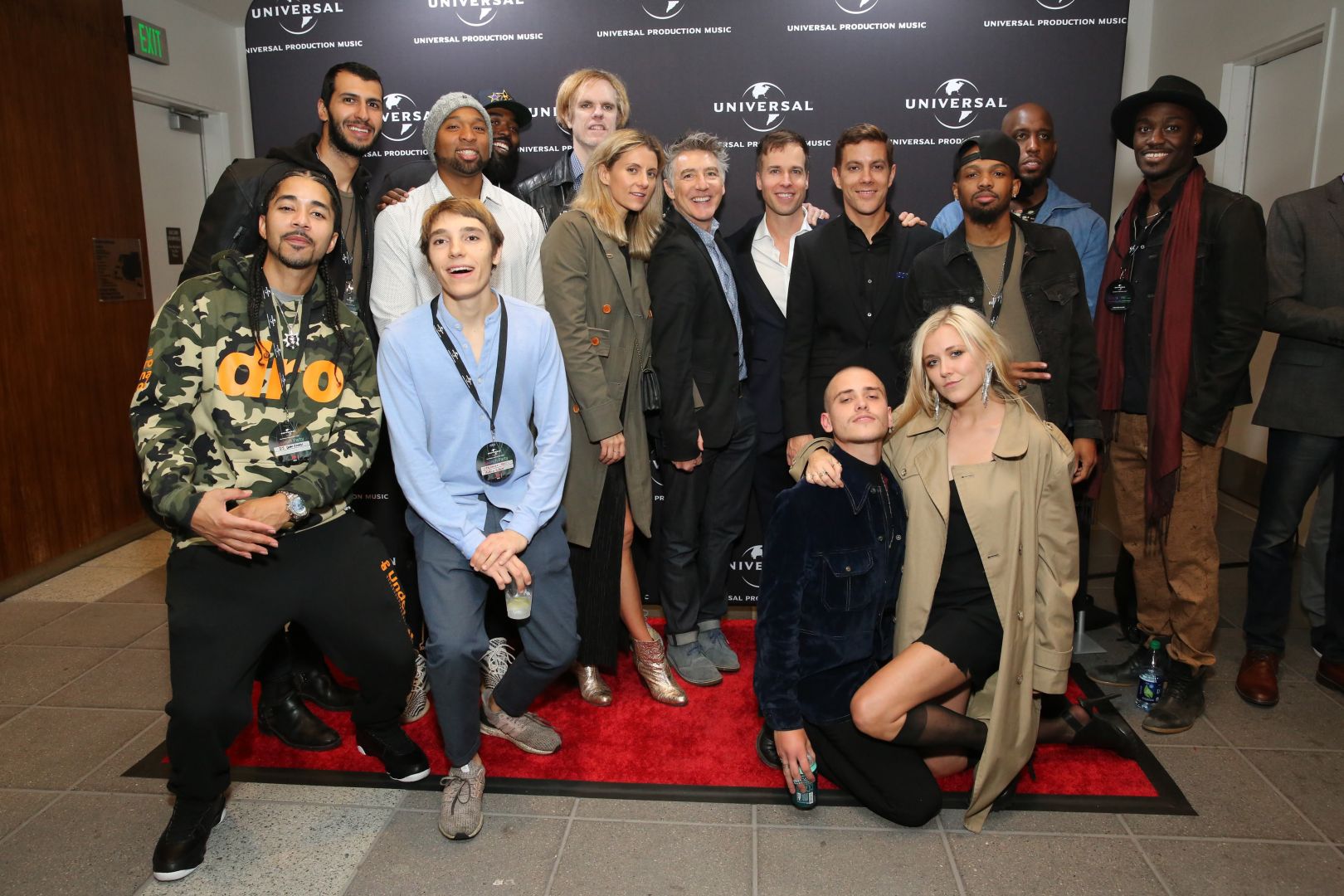 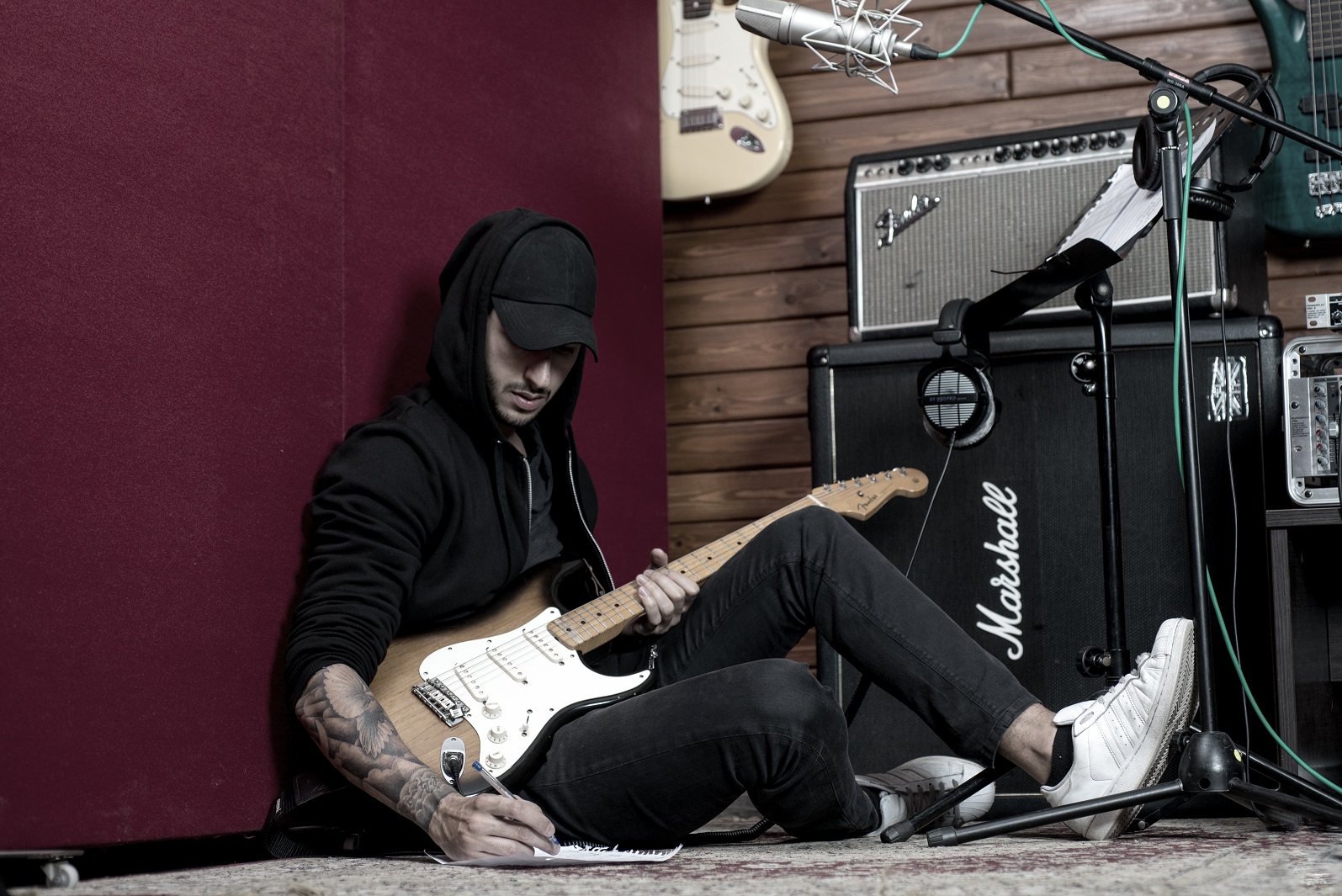 Who else deserves some credit and recognition?
I have so many people I’d like to dedicate my shoutout to and they’ll recognize themselves but this one is going to be to my parents living thousands of miles away. They’ve always supported me even when they disagreed with my choices and decisions. Being a parent is probably the hardest job on earth and I think that they deserve all the credit in the world for their hard work over the years until this day. I can proudly say that I have been extremely lucky to have them and it pushes me to work harder and harder each day to give them back what they gave me even-though they don’t want anything in return but my success and happiness,

Other: Songs I’ve worked on: https://open.spotify.com/playlist/2MgSIqHZvWbsn54YiB9jKw?si=nghY2i3UTcuF7rG36ePhLw&nd=1