We had the good fortune of connecting with Reinhard Denke and we’ve shared our conversation below.

Hi Reinhard, as a parent, what do you feel is the most meaningful thing you’ve done for them?
I always felt that the best thing I could do as a parent for both of our boys was expose them to as much of the world as humanly possible . Life is absolutely fascinating – every aspect, and I wanted them to know as much as I could. My wife and me kept them supplied with books about nature, ancient history, dinosaurs, human anatomy, astronomy, Greek myths – we did everything we could within reason. We took them on trips to places like Rome and Paris, as opposed to the more standard Hawaii (although we did that, too) and it was a joy for us to see them utterly fascinated with the Boca De Veritas, the Colosseum, the myriad of museums in both cities. One episode stuck with me – our visit to the Sistine Chapel, spending hours just staring at the ceiling. I could see its grandeur sweeping over both of them, and I can say with certainty that trip still sticks with them. Exposure to movies, theater, musicals, concerts, long walks in nature, and always talking about history and science – how do airplanes fly, what do trains carry, how electricity works, how the Internet operates. If you open the curtain to the grand pageantry of life, the results will be profound. It’s then they find their own way, because the world, while remaining fascinating, is no longer an intimidating mystery. 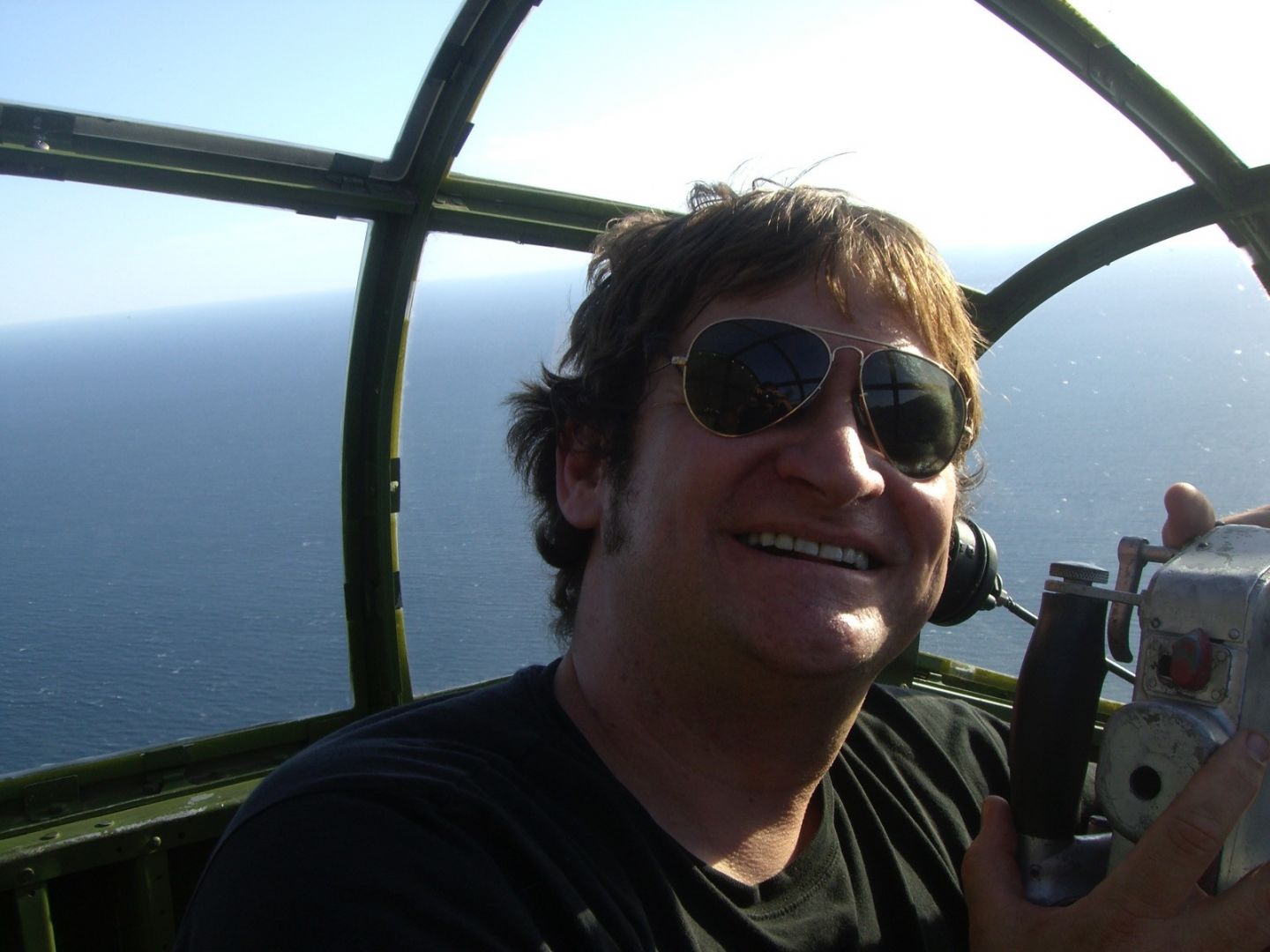 Let’s talk shop? Tell us more about your career, what can you share with our community?
As a screenwriter, I feel what sets my work apart is my focus on true stories of courage, with characters we can all relate to. Real life is far, far more convoluted and complex (and far-fetched) than anything that could come from a writer’s imagination. When I began as a writer, I made the common mistake of “chasing the market”. Spy movies are in, I had to write a spy movie. War movies are now the “thing”, I would write a war movie. It was my wife who told me (after I’d had some success writing horror movies) “write about stuff you care about”. Well, I happen to care about bizarre true crime stories, especially those involving outsiders who want to be on the “inside”. My first, BIGTIME, was about the 1983 Cotton Club Murder. I researched court documents from the LA County Courthouse and found my story – and this was the “10,000 hours” Malcolm Gladwell wrote about. Since that time I’ve been on a wonderful, fascinating journey I would never want to trade. I love what I do and feel greatly privileged to write for the motion pictures as a profession. Of course, there are always lessons to be learned. Most importantly, always show up on time and be your best. Return every phone call, text, or email. Don’t be elusive, even though some claim this is a good “tactic”. No, it’s not. When people duck my emails or calls it just frustrates me and distrust the person I’m dealing with. When criticism is leveled your way, take it in, analyze, don’t react with ego and insecurity. Many times, that criticism is warranted, and you can always be better at your craft. Don’t be “that guy”, the complainer, the writer who stubbornly refuses to change his/her work simply because “it’s mine!”.  Also – DON’T TALK TOO MUCH.  Proverbs 17:28; “Even a fool who keeps his silent is considered wise, when he closes his lips he is deemed intelligent.” Listen to the people you’re working for, most feel they need to over-explain what they’re looking for (and this is preferable to those who leave you with the ambiguous “you know, just make it great”) so listen to them. You can never get enough information. Also, never burn bridges, and when a project is over, stay in touch with everyone because all relationships are valuable. My story is simple; I never gave up. I have had hard times, rejection, dejection, deep insecurity, moments of great elation, desperation and prosperity. Do I still enjoy what I do? Yes! Love every minute of it, even those moments that are most challenging. The road will never be easy but at least I’m on the road I worked hard to get on, and plan on staying here until the end.

Any places to eat or things to do that you can share with our readers? If they have a friend visiting town, what are some spots they could take them to?
Anyone coming to Los Angeles must know its history. It’s a city of light and darkness, of great ambitions fulfilled and shattered dreams. Eating: 1) Musso and Frank’s Hollywood: Located on Hollywood Blvd, it’s Musso and Frank’s, the food is amazing and it’s like going back in time. You haven’t lived unless you’ve had a martini at Musso’s, and the chicken pot pie is to die for. 2) Dan Tana’s – West Hollywood: Well, because it’s Dan Tana’s, perfectly located, in the pre-COVID times it was very alive, especially on a Friday. The menu is great, your fellow diners all fascinating. You can feel like a character in a Martin Scorcese movie at this place, and you leave much happier and heavier than when you came in the door. 3) Monty’s – Woodland Hills – A spectacular steak house with a stunning menu and old world atmosphere. Incredible steaks and main courses, lots of TV’s covering sporting events. Lively crowd, superb service and a bar so complete it’s a work of art. 4) The Smokehouse – Burbank: Across from historical Warner Brother studios, the live entertainment is captivating and the menu straight from 1946. To live life and never taste their garlic bread would be a terrible loss.

Sights: 1) Griffith Observatory – in Griffith Park, it overlooks the city, it’s filled with history and the views are spectacular. They also feature extraordinary presentations about the building blocks of the universe, solar system, physics and astronomy. To miss the Griffith Observatory would be a crime. 2) LaBrea Tar Pits – Wonderful museum in the Wilshire Museum District, how many cities can boast a tarpit that captured hundreds of Ice Age animals and a few human beings, froze them in time? Spectacular museum, great for kids, beautifully maintained and the ongoing digs are deeply fascinating. 3) The City of Santa Barbara – head an hour north on the I-101 and you are in one of Southern California’s most beautiful, spectacular cities. The art fair, restaurants, old, colonial era Spanish streets, and the Old Mission Santa Barbara are a must for any visitor. 4) A drive on PCH from Santa Monica to NAS Point Magu by car is essentially a Beach Boys song come to life. It’s all the promise of Southern California that has been kept.

Use this book for anyone outside (or inside) of LA and you will have the perfect day of driving through the city: THE ULTIMATE HOLLYWOOD TOUR BOOK by William Gordon. This is the bible for understanding the darker side of Los Angeles, as well as finding movie locations, TV show locations and anything you want to know about anything.  Take the book, start with East LA and work yourself west using the book as a guide; check out the haunted Cecil Hotel in downtown LA, drive by the Biltmore also in downtown site of the 1960 Democratic Convention and the last place Elizabeth Short, AKA The Black Dahlia, was seen alive.  Every interesting, ghoulish, or downright weird thing about LA you want to know is in this book, and you can see where it happened, and if you’re lucky, the buildings are still there. From the Spahn Movie Ranch, nothing left of that but the same rocks and hills, to the Thelma Todd’s Roadside Cafe, still there on PCH and looks pretty much like it did when she was murdered in 1935.  Great way to spend the day. 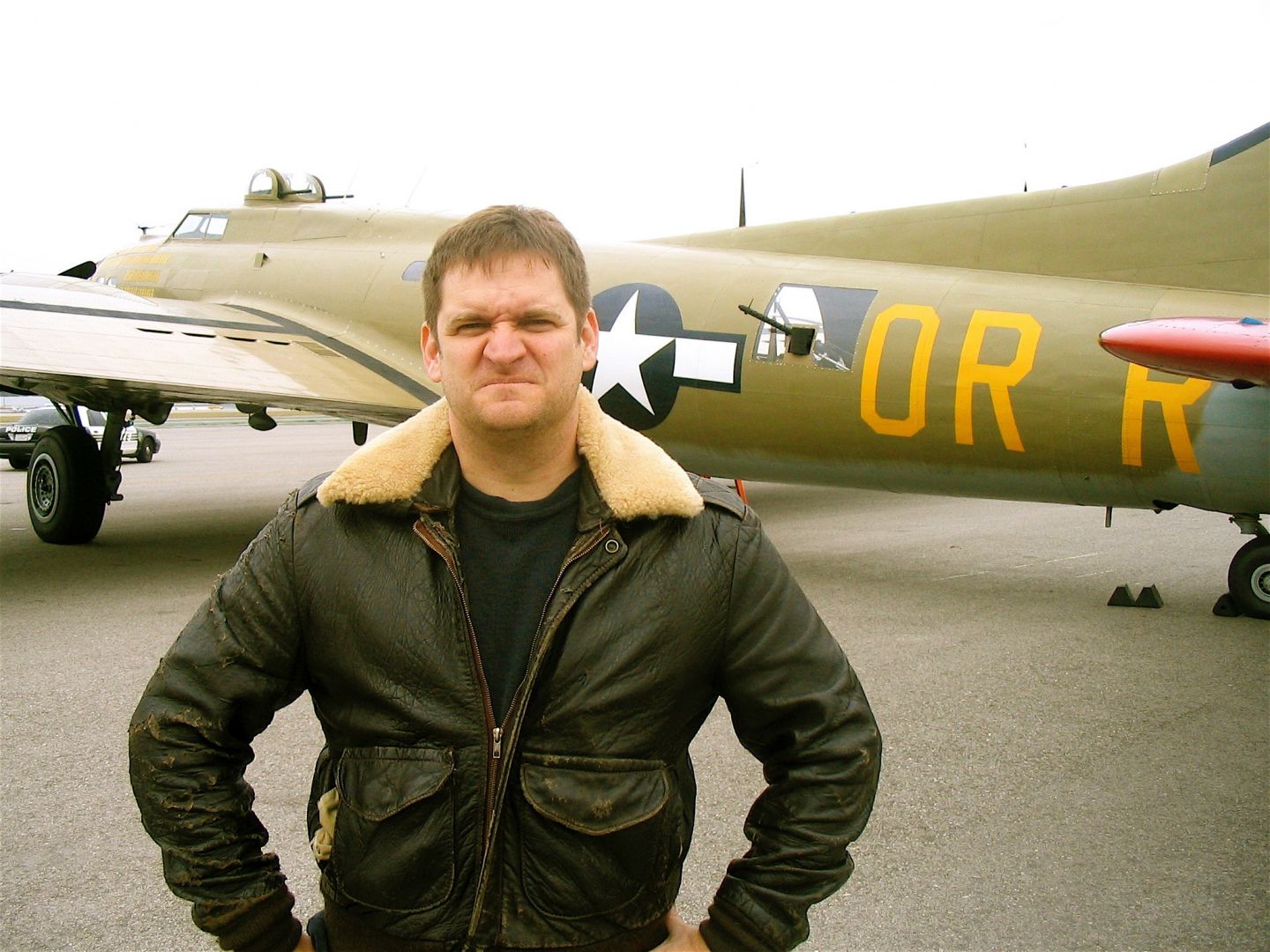 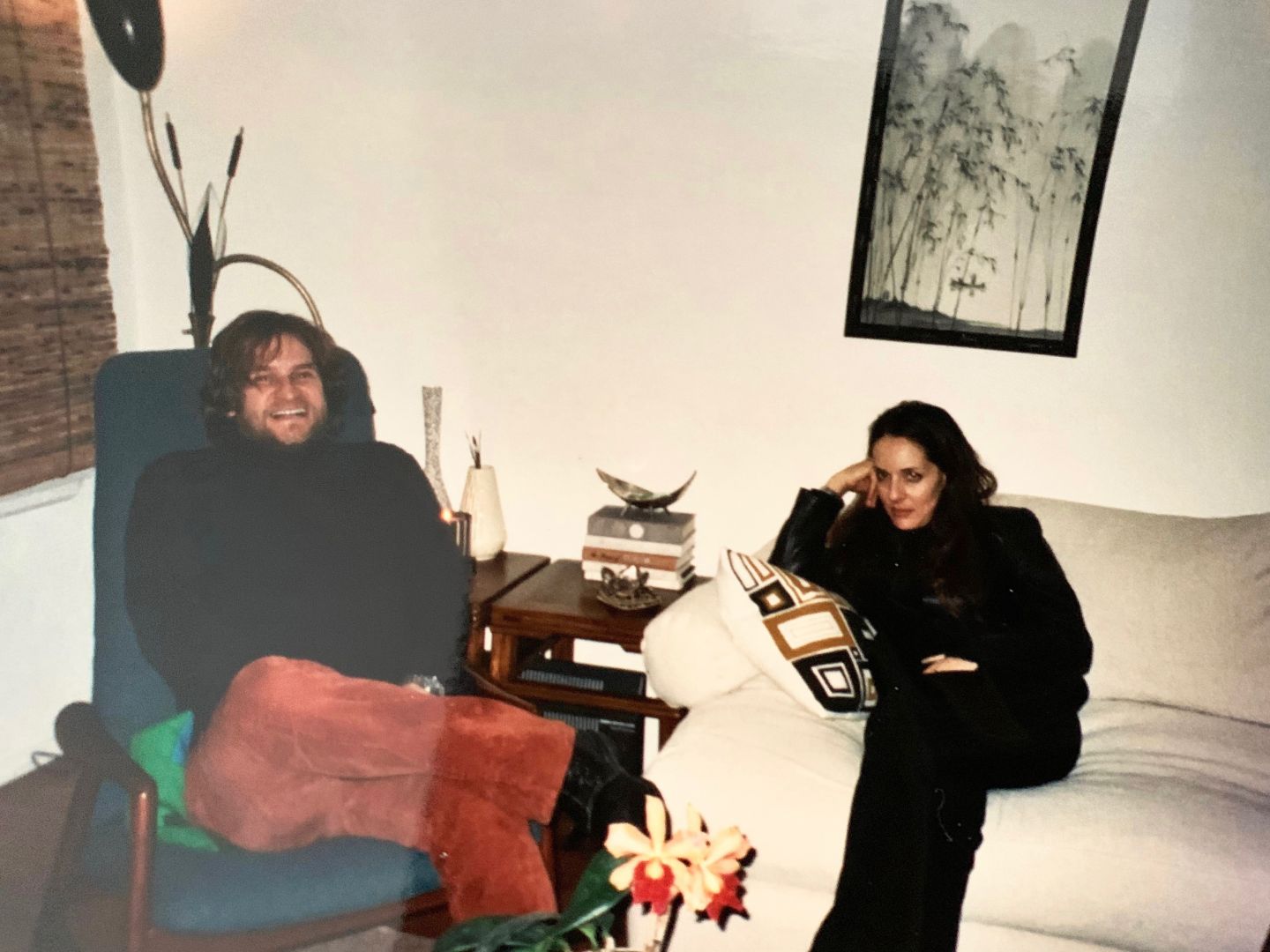 Who else deserves some credit and recognition?
The people most responsible for my having lived a blessed life are my parents. They were instrumental in propelling me forward every step of the way; my father was an engineer, and his acute curiosity about the world led to me always wanting to know more. My mother’s artistic sensibilities and love for all people taught me how to treat others. Both are loving, kind people who do not judge, nor hold grudges. I found that to be exactly the route to take in life. Judgment and holding onto anger warps a person into bitterness and stasis. I’m pleased to report my parents are still very much with us and remain the most prominent lighthouse in my life, along with my wonderful wife, Marilee, and my two sons Jackson and Winston. I learn more from them every day than I think they ever learned from me.