We had the good fortune of connecting with Roberto Saieh Yidi and we’ve shared our conversation below.

Hi Roberto, what matters most to you?
As a screenwriter, my guiding principle is that, no matter what, every decision I make should be in service of the project. On its face, it sounds simple to the point of being simplistic. After all, no one sets out to write a bad movie. However, filmmaking is, inherently, a collaborative process and with so many different contributors—each with their own priorities—not to mention the project’s financial and production considerations, team politics, and adapting your own style to the director’s creative vision, what’s “best” for the project isn’t always clear cut. For instance, suppose you’re asked to size up a minor role—to the point it would feel shoehorned—in order to woo a certain actor. Is a tighter script preferable to the value the actor’s attachment would bring? Or what if the director wants a specific scene or visual in the script that ever so slightly defies story logic? Or if you simply get a bad note from someone that you have to implement? More and more, you would find yourself weighing the integrity of the story against the realities of the collaborative process and it suddenly becomes apparent that what’s best for the project isn’t always what’s best for the story. Now, this isn’t to say that the script will increasingly erode the further you are in the process—in fact, a great deal of notes will actually make it better than you ever could on your own—but the good notes are the easy ones to take… For the tougher ones, those that seem more akin to Sophie’s choices (which is a little dramatic, considering how many there are), every screenwriter will have a different response. For me, if I’m telling a personal story—those I need to tell and therefore what I’m saying is just as important as how I’m saying it—I’d place a much higher import on keeping the shape of the story intact as much as possible. However, those projects are very far and few in between. For the vast majority, my guiding principle is simple: do everything in my power to push the project towards getting made while preserving the integrity of the storytelling as much as possible. This means sometimes having to put the needs of the production above the needs of the story. This means knowing that your job as a screenwriter is ultimately to support the director’s creative vision (i.e. if you’re picking a hill to die on, have a damn good reason). It means taking possibly story-breaking notes and finding a way to make them work because even though at times it might seem everyone is pulling in a different direction, we’re all still trying to get this project made. There’s never an easy solution to any given situation, but knowing why you’re telling the story and where your own priorities lie with the project will go a long way towards finding the answer. 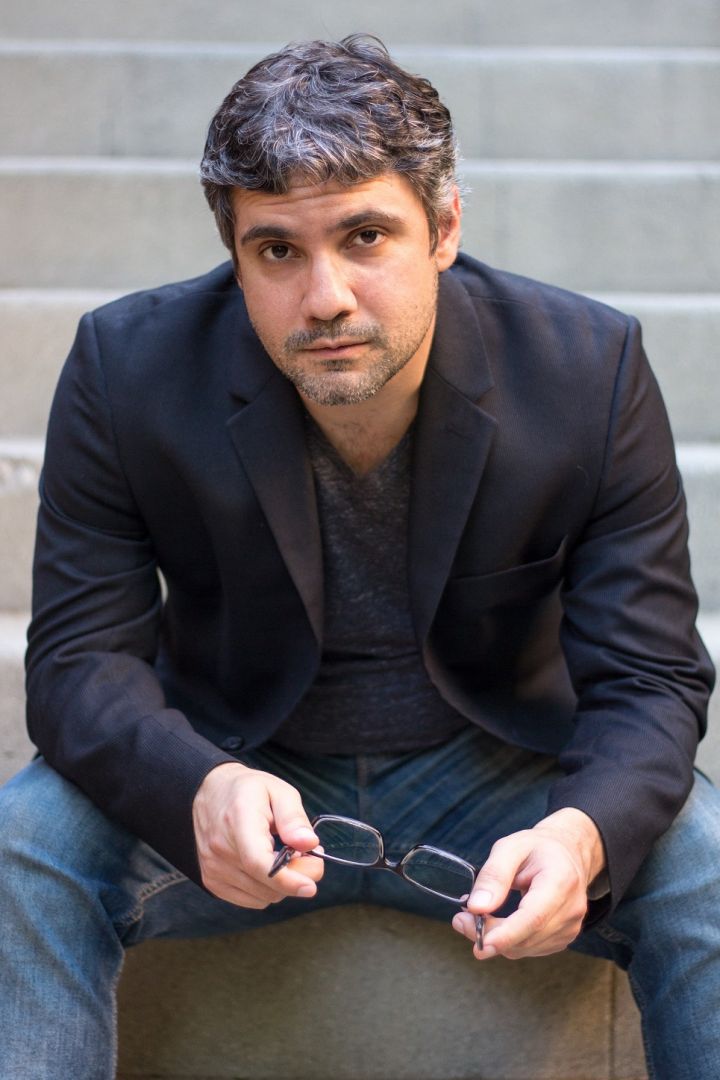 Alright, so let’s move onto what keeps you busy professionally?
The elevator pitch is that I write stories about ghosts, broken people, and their one shot at redemption. Narratives that are heavier and emotionally raw with bittersweet endings—whether they be genre or straight-up drama—featuring characters with a gray morality who struggle with trauma or grief. Honestly, I don’t even want to know what the above might say about me, haha. Creatively, I’ve always been interested in pushing the audience’s boundaries towards the uncomfortable and shining a light on all the blind spots we’d rather keep. Sometimes this means having the unthinkable come to pass as a mind-bending, shocking twist, but it can also be as simple as peeling back the veneer of the mundane to expose the intimacy. And it is in these vulnerable moments that I sometimes find the characters’ humanity shines through the most. One of my current projects, ASIA A, has an example of this and it is one of my favorite scenes in the whole film. ASIA A follows a rising college basketball star who suffers a spinal cord injury and struggles to accept his new reality as a paraplegic. It’s emotionally based on the real-life experience of the director, Andrew Reid, who was completely paralyzed from the chest down but, after years of physical therapy, is able to walk again. In ASIA A, the basketball player and his girlfriend, both college-aged, resolve to face his injury together without really knowing what they’re signing up for. In the scene in question, she walks in on him on the toilet having trouble inserting his catheter and, rather than shy away from his reality, she offers to help. And between him letting go of his ego and her rising to the occasion, they manage to get it done and, in the process, cement a deeper foundation for their relationship and, for the first time since the injury, they actually believe they can face this together. It’s these kinds of vulnerable, character-defining moments that I love to explore in my writing. ASIA A is also one my current projects that I’m most excited about as it’s recently gotten a major attachment and will hopefully be shooting in the near future.

If you had a friend visiting you, what are some of the local spots you’d want to take them around to?
Assuming the world was back to normal, it would probably be a mix of the cultural, the gastronomical and the touristy. If they’d never been to LA before, I wouldn’t be opposed to doing the whole Walk of Fame, Wax Museum, Universal Studios/Disney. etc. because, more than the attractions themselves, it’s the people who make the experiences. Culturally, I’d probably take them to LACMA, the Getty, Bergamot Station, some UCB shows. If they’re scientifically inclined, the Griffith Observatory would be nice. Gastronomically, I’d probably just take them to my favorite restaurants—Sabor Colombiano for some authentic Colombian fare, Mel’s Drive-in for burgers and milkshakes, Bludso’s Bar & Que for some amazing barbecue, and Slurpin’ Ramen for the obvious. And of course, there’s also a grab bag of activities to do depending on their interests. We could go hiking or spend a day at the beach or even plan brief trips to San Francisco, Sequoia National Park, or Big Bear. 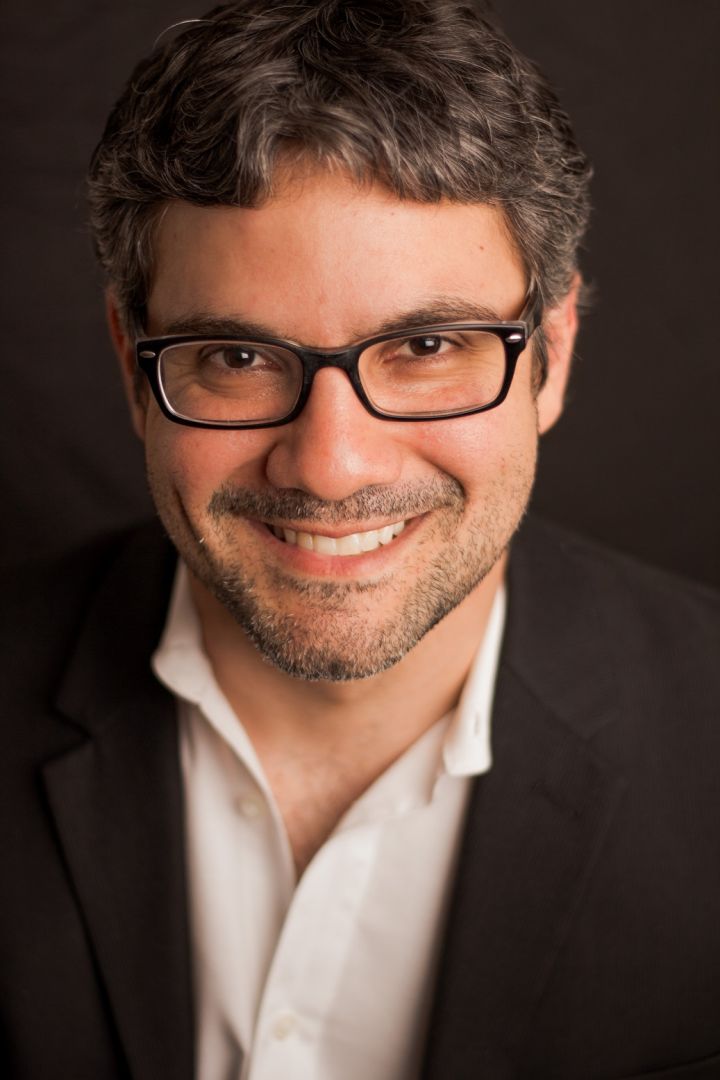 Shoutout is all about shouting out others who you feel deserve additional recognition and exposure. Who would you like to shoutout?
Wow, this is a tough one, if only because there are so many people I’m indebted to—my whole family, my reps, instructors, mentors, classmates, colleagues. They’ve all had a hand in helping me become the writer I am today. But if I had to choose one person… it would have to be my father. When my father was a teen, his father—my grandfather—owned several theaters in our hometown of Barranquilla, Colombia. My father would work nights at the ticket booth before sneaking in to watch the films, seeing some of them upwards of ten times. He always calls that his film school as he dreamt of becoming a director. Unfortunately, when he was eighteen, my grandfather was tragically killed in a mugging. Because my grandmother had passed when my father was only two, this meant him and his four siblings were now effectively orphans. The five of them were taken in by their aunt (whom I grew up knowing only as “grandma”) and had to make hard choices to adapt to their new reality. Among them, was my father dropping out of college to start working and providing for the family. Still, they fell on hard times and, with the theaters becoming less and less profitable, they were forced to sell them off. By then, my father had branched out into imports and distribution as well as real estate, and filmmaking had long become a fancy from a different life. But my father never stopped loving film. And ever since I decided to become a screenwriter, he’s been a constant source of support and encouragement throughout all my struggles and triumphs, this despite not being able to appreciate my work due to the language barrier (at least until it’s onscreen and properly subtitled). And even though life forced him down a much different road than he planned for, I like to think that the eighteen-year-old in him who wanted to become a filmmaker is somehow vicariously living out his dream through me and it is a thought that keeps pushing me ever-forward.