We had the good fortune of connecting with Rory James and we’ve shared our conversation below.

Hi Rory, what’s the most important lesson your business/career has taught you?
I think the best thing any person pursuing a creative career can do is become immune to rejection. If your art is important to you, then it’s perfectly normal to feel sensitive and protective about it. Far too often, very talented people stop following their passion or stunt their own growth because they’re afraid of negative feedback. But here’s the scoop – even if you’re amazing at what you do, there will be people who hate you anyway. Maybe because they’re jealous, or maybe it’s insanely arbitrary – they hate you because you look like someone who was mean to them in high school. I remember when I realized “Oh! If there are people who hate Mariah Carey – someone who is objectively incredibly talented, beautiful, and successful – then there will definitely be people who hate me!” It’s liberating.

Also, I’m a comedian. As comics, our job is to go out there and try stuff out and figure out what works. You can’t get good at comedy without failing over and over first. All of the greats have bombed horribly before, it’s part of the process. And yeah, it’s really painful when you’re first starting out and you don’t know what you’re doing and you’re not getting the laughs you had hoped for and you just have to keep plugging away at your set and finish your time to the sound of crickets. But then you get off stage and realize “oh, well I guess that didn’t kill me.” And you learn from it, and it doesn’t sting so bad the next time someone doesn’t get what you’re doing. You realize you didn’t bomb because you aren’t funny, it’s because the punchline of those jokes aren’t finished yet. So you go back to your notebook and tweak the jokes and try them out the next night. And you improve. And as you get stronger on stage, you stop seeking the approval of the audience. They’ll laugh when you get the jokes right – and if they don’t, you tell them they suck and roast them till they do laugh.

This type of thick skin carries over to other aspects of your life and career, too. If you don’t get cast in something or you don’t get a gig, you don’t harp on it. You just focus on the next thing. My ex is an actor and he had the greatest piece of advice about auditions which is “always leave it in the room.” Don’t go home and spend days wondering if they liked you, move on with your day and focus on the next thing in front of you.

Even when you demolish and feel that intoxicating wave of laughter from an audience, there will still be some asshole who goes home and tweets “well *I* didn’t think it was that funny!” Seinfeld has a great quote about this which is along the lines of “that’s really cute that people take the time to write reviews of stand-up because none of that matters. We already took the vote in the room. The people laughed, so it was funny, regardless of what you write the next day.”

No matter what your craft is, work on getting immune to rejection. That doesn’t mean you don’t listen to bad feedback. If nobody is laughing at your jokes or listening to your songs, then you have work to do. But don’t let bad feedback hurt you so bad that you stop doing what it is you love and you know you’re made for. Just keep working on it. 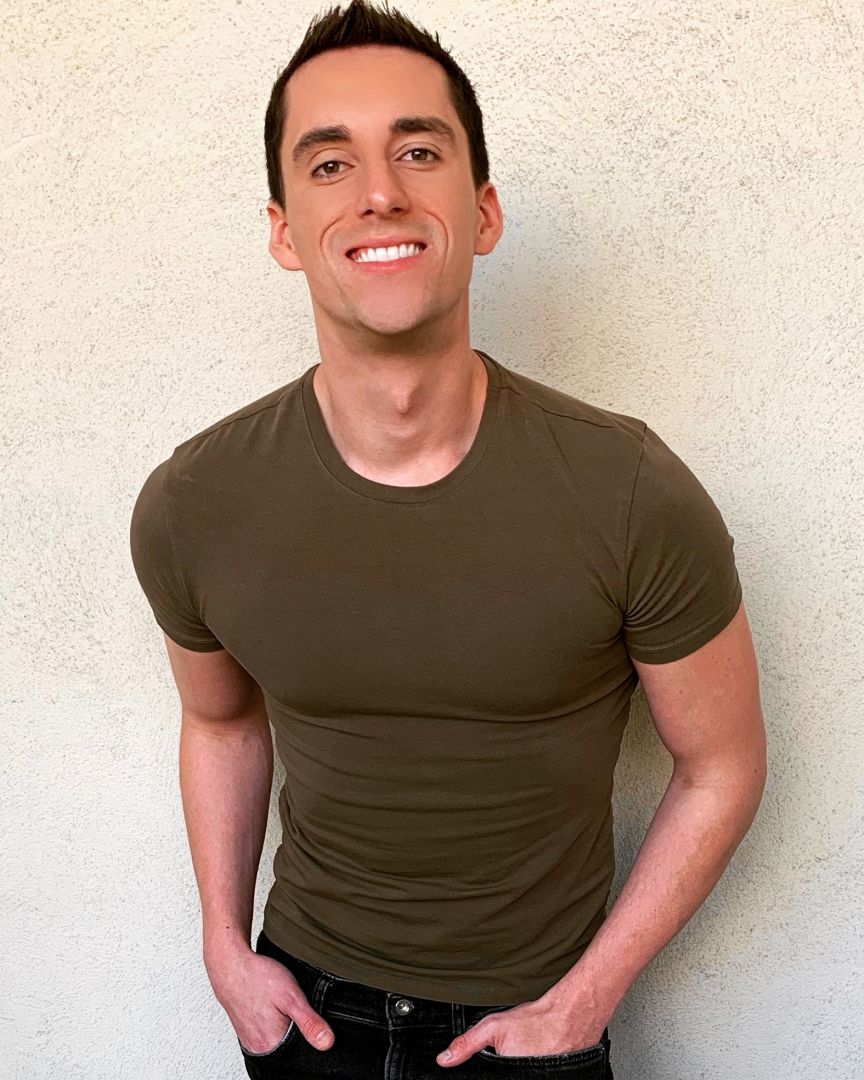 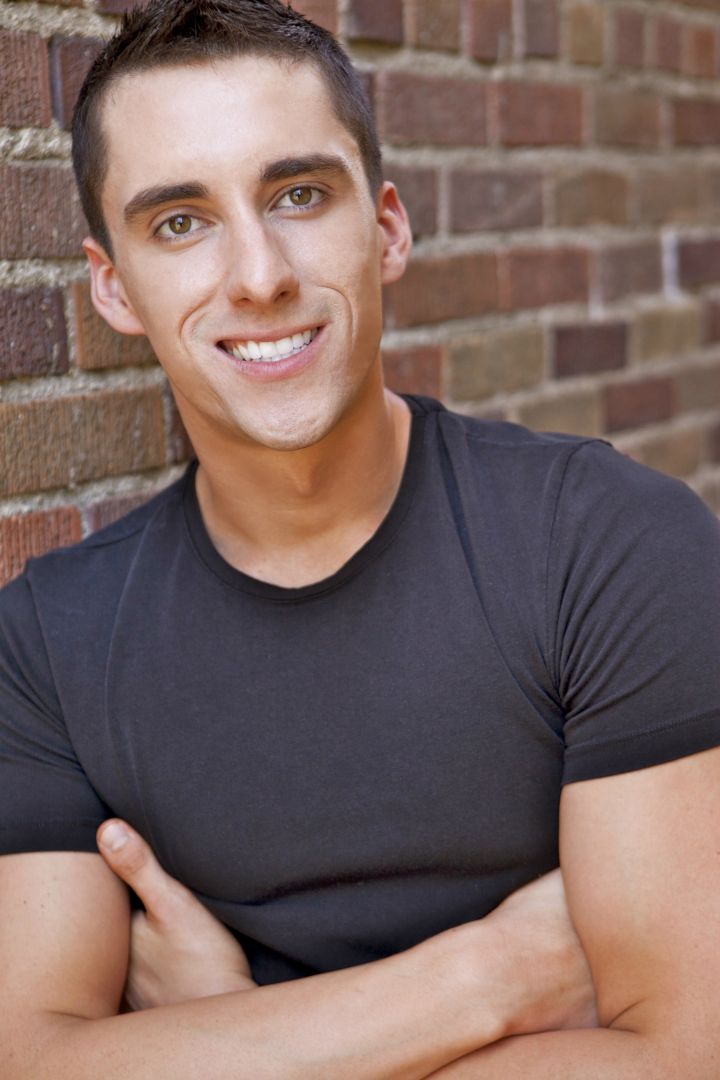 Let’s talk shop? Tell us more about your career, what can you share with our community?
I’m a comedian. In many ways, I feel like I’ve been training for this job my entire life. As a kid, all I wanted to do was binge SNL episodes on Comedy Central and then record sketches on the video camera. But for a long time, I resisted stand-up. It was probably one of those things where you avoid the thing that deep inside you know is meant for you because you’re afraid of it. So I did sketches and web series and wrote scripts and pretty much everything in comedy but stand-up. Not only because it was terrifying, but because when I was growing up it didn’t seem super inclusive. It seemed like a mean boys club and I was a gay dude that never fit into any boys club ever. So I was more more drawn to the silly stuff I saw on SNL, The Simpsons, and Conan. But once I became more exposed to women comedians who were owning the room and demolishing on stage – ladies like Judy Gold, Wanda Sykes, Ellen, and Kathy Griffin – I was blown away and inspired. And more than anything, I so identified with the way comedians think. When I finally started doing stand-up regularly in 2014, I couldn’t believe that there were all of these other people like me. I was used to feeling like an alien in most contexts, but around other comics I felt a profound sense of belonging and camaraderie. Then in 2018, I launched my podcast “I’M SUPER EXCITED with Rory James.” I wanted to do a show where we talk about the things we love, because I think people are at their best when they’re talking about whatever it is that they’re passionate about. I’ve loved every second of doing the show each week and growing our audience. In a few week’s we’ll be coming up on our 150th episode! 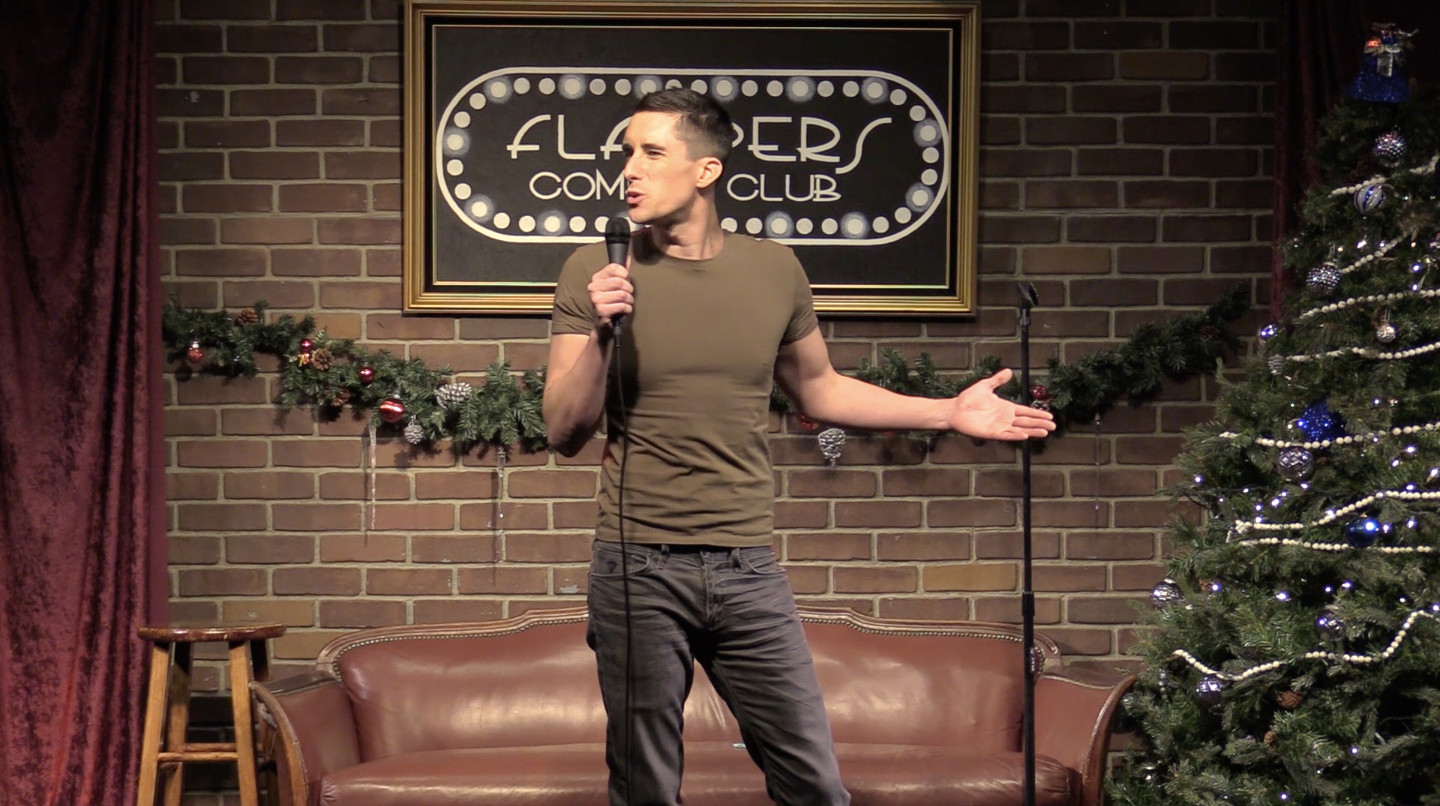 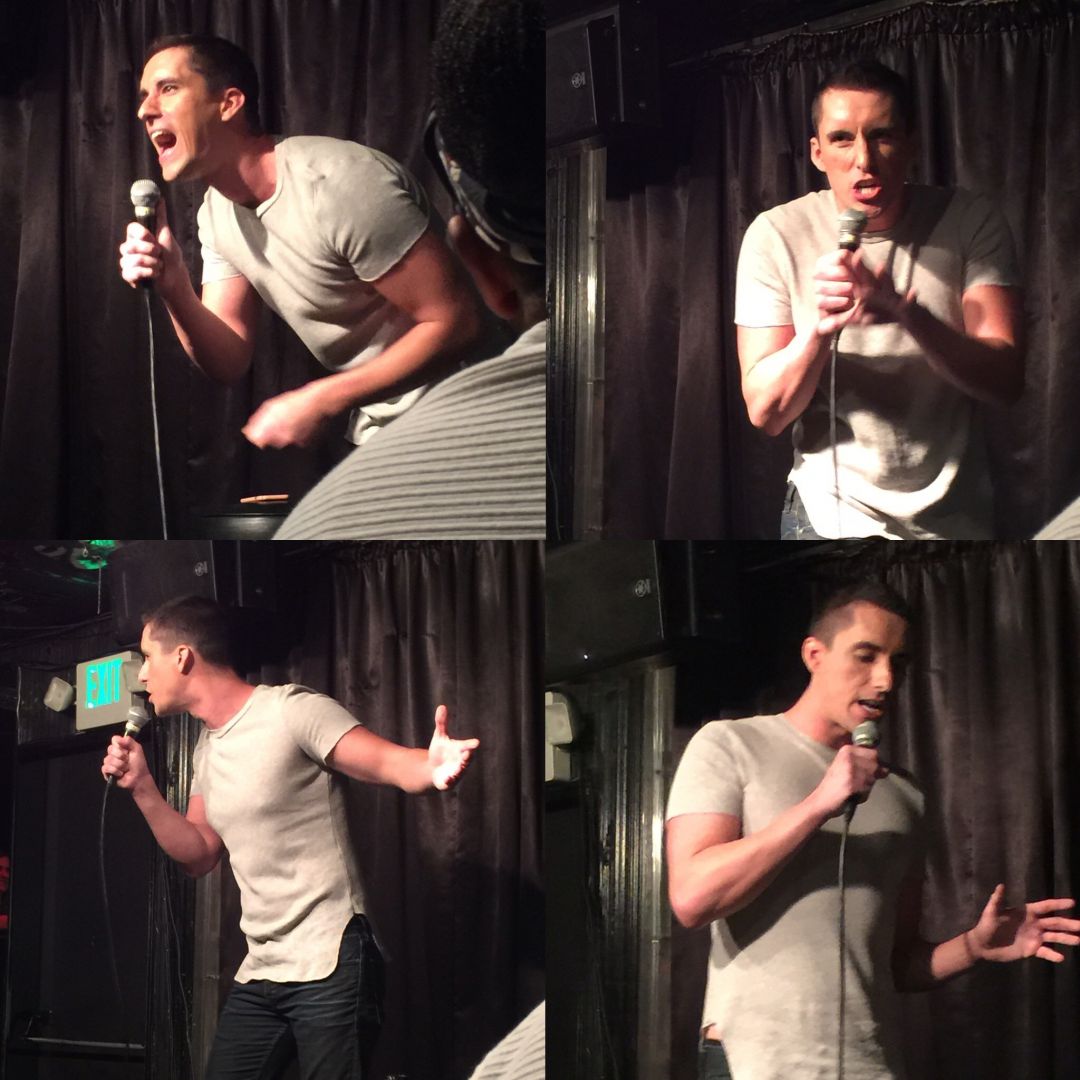 Let’s say your best friend was visiting the area and you wanted to show them the best time ever. Where would you take them? Give us a little itinerary – say it was a week long trip, where would you eat, drink, visit, hang out, etc.
Oh GOD I get such hosting anxiety when people come to LA. First of all, Los Angeles doesn’t have tourist attractions like New York does. With New York, it’s easy, you do the Statue of Liberty and the Empire State Building, great. What do we have in LA? People want to see the Hollywood Sign which is fine but it’s a fucking sign. Once you seen a sign, you’ve seen it. It doesn’t change when you get up close. And then we have the Hollywood Walk of Fame and I don’t know who’s idea it was to put the attraction ON THE GROUND so you have everyone stopping to look at the crowd disrupting the flow of the sidewalk. Then it’s no longer a functional sidewalk! So what I do when people come to town is take them to Mexican restaurant after Mexican restaurant because that’s all I eat. 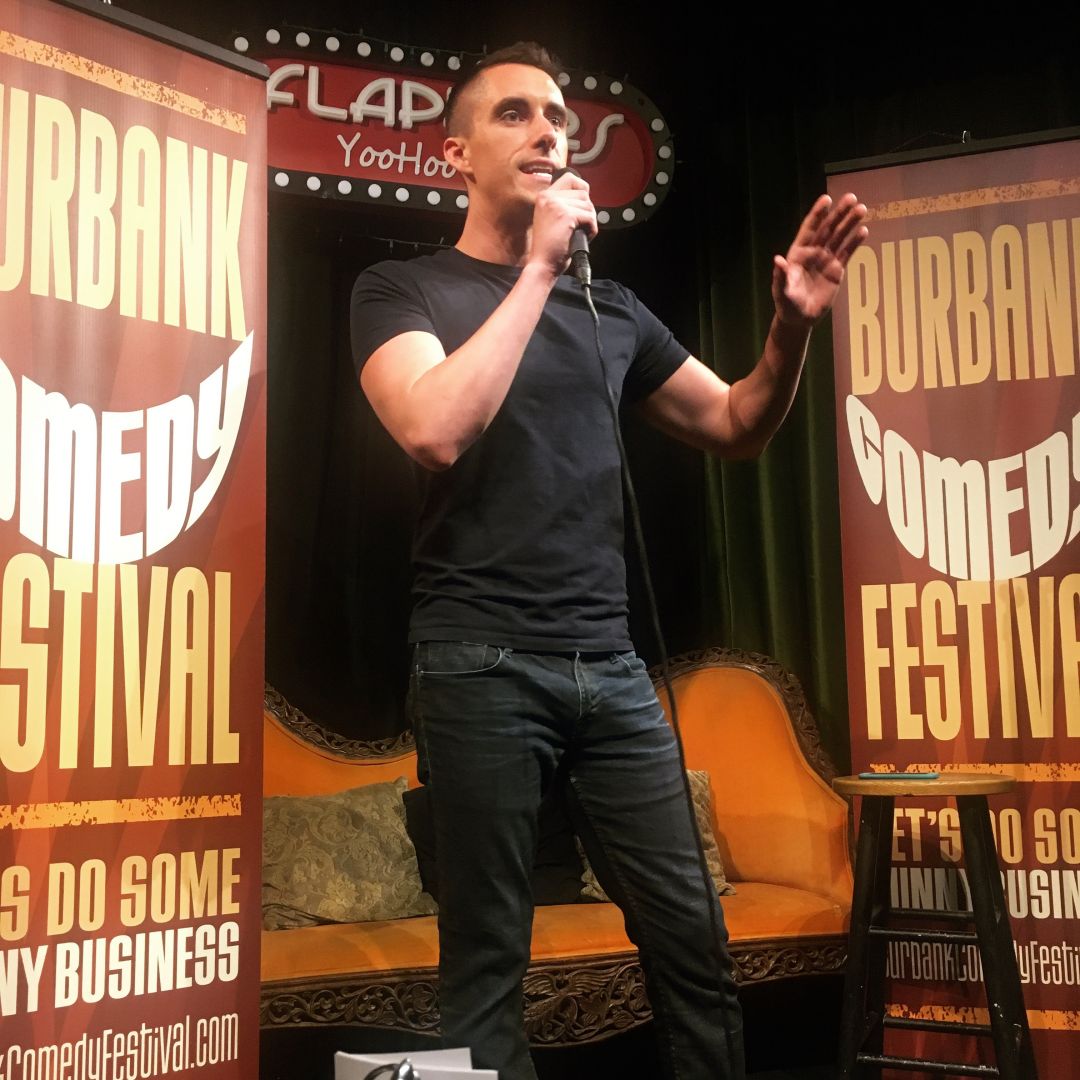 The Shoutout series is all about recognizing that our success and where we are in life is at least somewhat thanks to the efforts, support, mentorship, love and encouragement of others. So is there someone that you want to dedicate your shoutout to?
When Tina Fey won the Best Actress Emmy for 30 Rock, she thanked her parents for “giving me confidence disproportionate with my looks and abilities” and that is exactly what my parents did for me. My mother, specifically, was always telling me to dream BIG and assuring me that I could grow up and do whatever I wanted and have all the success I dreamed of. She didn’t tell me to pick a more practical field. When I moved to LA, I know it was very painful for her to have me living 3,000 miles away from where she is in Massachusetts, but she never made it about her and supported my decision. That type of selfless love is remarkable to me and I’m eternally grateful for her. 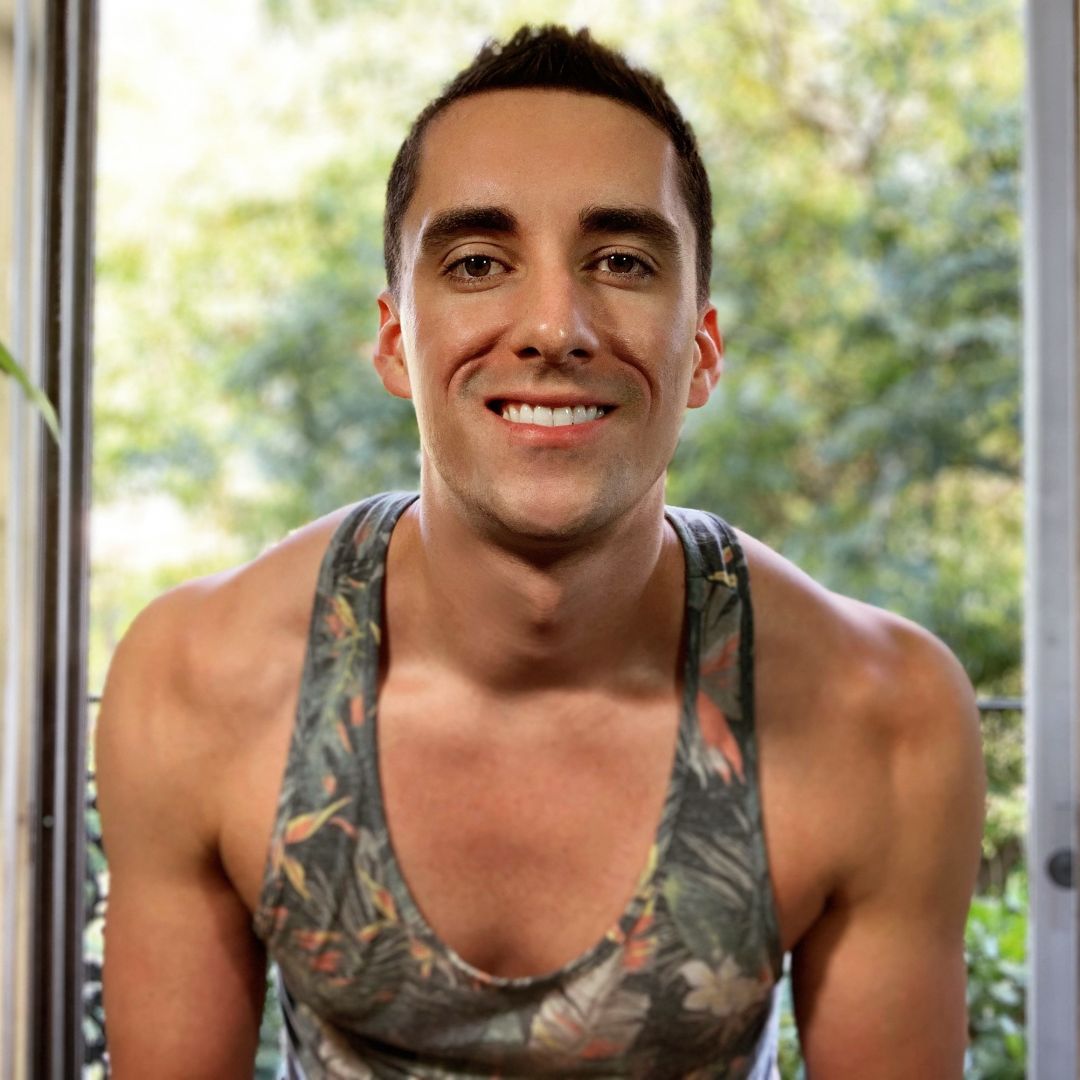 Meet Pili & Evelin Moms. Best Friends. Co-Owners | Co-Owners of “Eco Balance”. “We are on a mission to make a difference. Helping others is our goal, and we work hard every day to reach it out!”