We had the good fortune of connecting with Ryan Sullivan and we’ve shared our conversation below.

Hi Ryan, what role has risk played in your life or career?
As a relatively young sound editor and sound designer working in Los Angeles, I have thought a lot about what I wish I would have known about my career in college or even high school. What could I possibly convey to my younger self? To take advantage of the sweet academic discounts? No, probably not. I thought about it for some time until I came to realize that there was one giant theme across my decisions and choices. The through-line through everything was risk-taking. For a creative individual, risk is woven into the DNA of almost all creative decisions and problem-solving. A fashion designer working for a brand has to take risks to create clothing that feels new but holds a brands identity. A painter must take risks with how they approach the canvas even if they don’t have a plan from the start. In my experience as a sound designer, I have to take risks by using specific sounds to create a sonic experience to deliver information and emotion to a story. If no risks are taken in the creative process, the product becomes bland. Therefore, it is crucial that at least one major risk is taken. In my field, I would say that comes at the “first pass” or “pre-mix”. This is the time in which the assembled sound effects, Foley, dialogue and sometimes music come together to construct the soundtrack and give a project its sonic identity. While it can be difficult to assess the worth of risks, I believe all creative people have to come to terms with the uncomfortable fact of making subjective choices. At some point, taking risks whether they are small, medium or large become crucial to progress your career, ideas and work. After multiple summers of working for different audio post-production houses here in Los Angeles, most of my time in college was spent thinking I would move to Los Angeles and work for a post-house. But after I started to put myself out there, broaden my connections, and evaluate what I really wanted to do in my career I started to realize what the reward of the risk of going at it as a freelancer could do by pushing me to work harder, while also granting me a lot of freedom. That’s why I took the large risk of moving to Los Angeles, becoming a freelancer, and creating my own business. In many ways, starting to work as a freelancer when Covid-19 was shutting everything down made things extremely murky. I had no idea what may happen or if I would even be able to get a company off the ground. Thankfully, I went ahead and made my own studio, officially licensed my company, and entered the job market full time in unprecedented times. I’m grateful to say that I haven’t looked back since March, and have been honored to be a part of so many incredible projects that wouldn’t have been possible without a little risk. 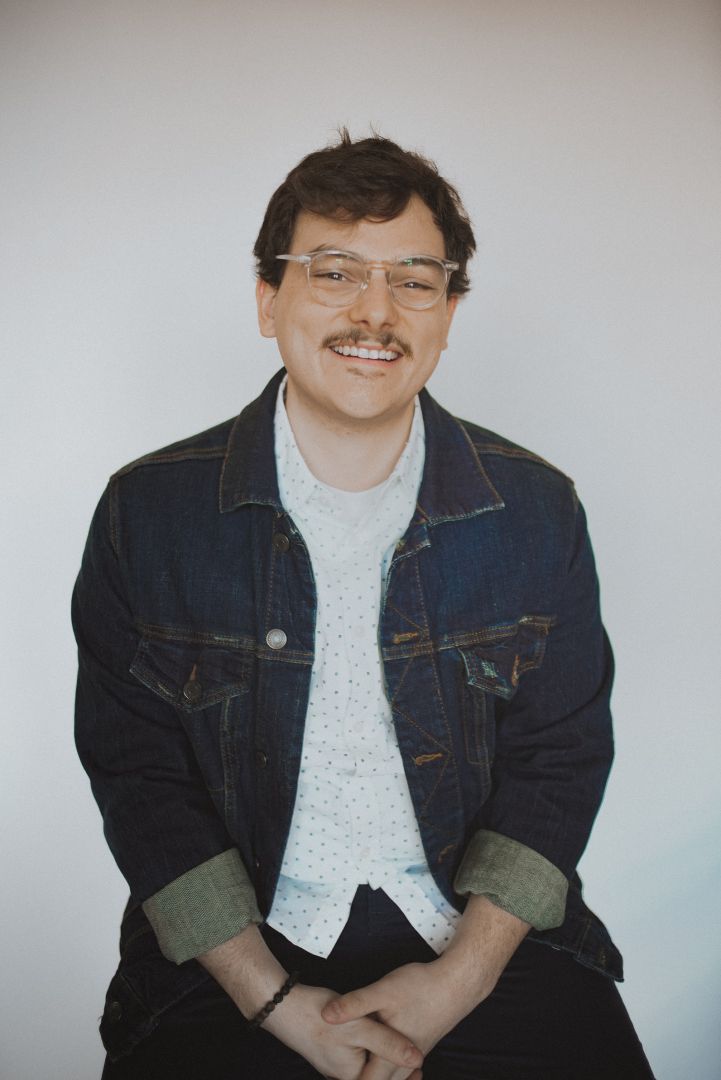 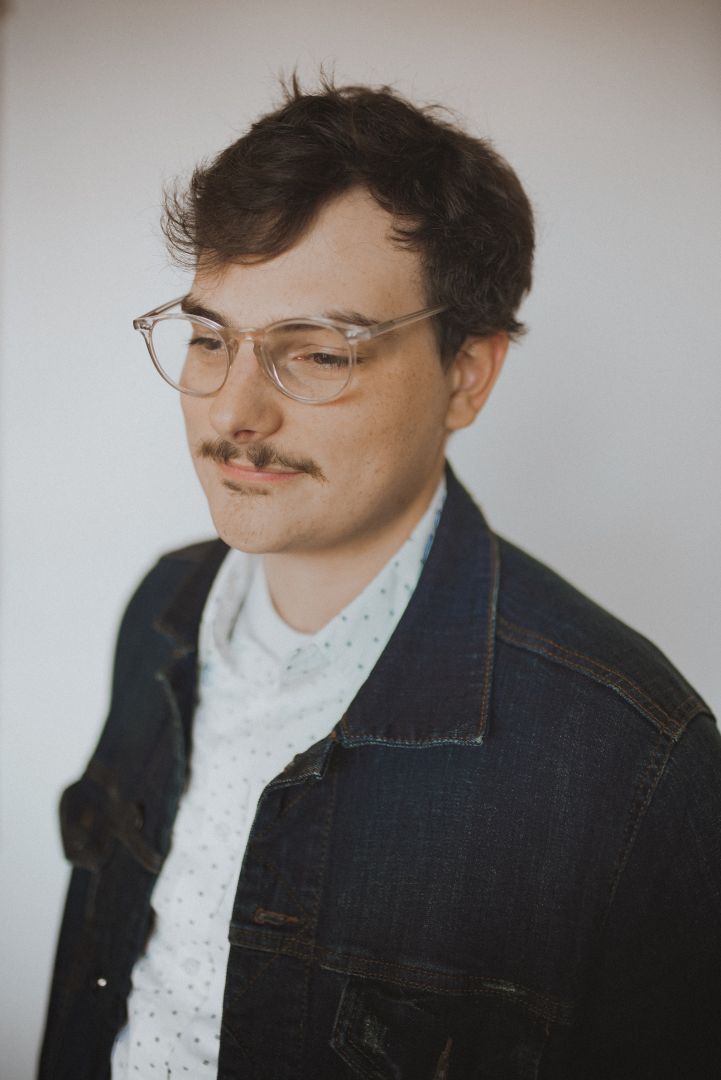 Alright, so let’s move onto what keeps you busy professionally?
I believe what sets myself apart from others is that for most of my life I was a stage actor, mostly doing musical theater. As someone who is not classical trained in music, I had to adapt to being able to read and understand music, that was through listening and identifying qualities in sound. Not to mention that you’ll always hear the most important part about acting is being able to listen. I later transitioned off the stage and became a theater sound designer which has really informed a lot about how I think about sound. When you are a theater sound designer and you construct the whole sound system, design the effects and create a whole design on how that system will be used it allows a lot greater attention to how people interact with the sound. In movies, it is typical to have 5 speakers and a sub, or 7 speakers and a sub or with Atmos it can be anything. You are often stuck to a certain limit of speakers and where they are placed. But imagine creating a sound system catered directly to a movie, so that one speaker is only for one effect. That is a lot of my experience with theater, I would put small speakers on the stages for different sound effects and create a believable experience. Allowing myself to think about sound in a space, how people interact with sound and creating sounds to be believable and not distract from the stagecraft has carried with me into everything I do now. What I am most proud about is a tough question, but for me one project that I felt really taught me so much, pushed me to my limits and felt like a true adventure was doing QCODE’s The Left Right Game podcast. So much work and time went into the podcast to make it an unforgettable experience. It is the first podcast to feature Dolby’s binaural encoding for a narrative project and it allowed us to experiment a lot. I had the chance to prove to my mentor Matt Yocum and my sound design consultant Will Files that I had what it took and I felt that I really showed what I could do. What I am most excited about is a feature film I’m doing right now called Wulver’s Stane. It is a surreal retelling narrative film of the classic Werewolf story and it has truly been a dream project in terms of sound. The director Joe Cornelison has really allowed the sound design to be a character and showcase the power of sound as a storytelling device. I get to where I was as I mentioned above coming from being an actor and then moving into theater sound design. I then went to the Savannah College of Art and Design where I got my BFA in Sound Design. I really busted my ass during my time there and then bugged the crap out of Matt Yocum, also a SCAD grad and he gave me tips and slowly overtime he put me on projects and really taught me so much. I owe a lot of my success to him. In terms of being hard or not, I knew I wanted to do sound design in sophomore year of high school, I was very driven and very active in terms of doing sound design for shows, doing redesigns for movies or animations I found, just researching and watching a bunch of movies. So it wasn’t very hard because I was already making music when I was younger, I had gotten into electronic music production when I was 13 and just made music and couldn’t stop, but what I loved the most was just using sound to create a mood or emotion. Some lessons I have learned along my way are that the best way to practice is by doing it, anyone can do sound design to their favorite movie or animation. Another lesson is that a beneficial way to think about sound is not by the gear, instrument or object but rather the characteristic. For instance, a phaser makes things sound sorta washy, sort of fluid. In many ways, even if you don’t know exactly what a phaser is doing, knowing what it does to a sound is what you really need to know. Another lesson is that, it is easy to get wrapped in putting a sound in a film because there is the object in the film. But rather thinking how can that sound add to the overall narrative. One great example is doors, the way someone closes a door allows for the audience to gain information and emotion from it. If I slam a door, the character may be mad, or if a character opens the same door slow and there is a deep low creak, it may mean there is something dangerous or eerie.

If you had a friend visiting you, what are some of the local spots you’d want to take them around to?
The most interesting place that comes to place is the Museum of Jurassic Technology in Culver City, one of the most interesting experiences you’ll ever probably get to have. While it may be the classic touristy thing to do I think the Warner Bros tour is really wonderful and is different everytime due to the active studio. I think the Wende Musuem is a wonderful archive and Musuem that I could truly spend hours in, the way they setup that Musuem allows you to take bite size or large bites of information. Also touristy but it is also just a wild sight to experience but the La Brea Tar Pits are just incredible and surreal. Seeing a movie in the historic Cinerama dome. As someone who went to art school and learned a lot about film history, this is a must go to, so much rich history and also just an incredible theater to watch movies in. They sometimes do really amazing showings, my first movie there was a reshowing of the 70mm print of 2001: A Space Odyssey, sat directly in the middle, it blew my mind. For eating some places I’d love to take people are Pura Vita in West Hollywood, Sage Plant Bistro in a multiple of locations but I really enjoy Pasadena location, Hinterhof in Highland Park, Magpies Ice Cream in Silver Lake or Highland Park and Little Pine in Silver Lake area. All of them are vegan obviously! 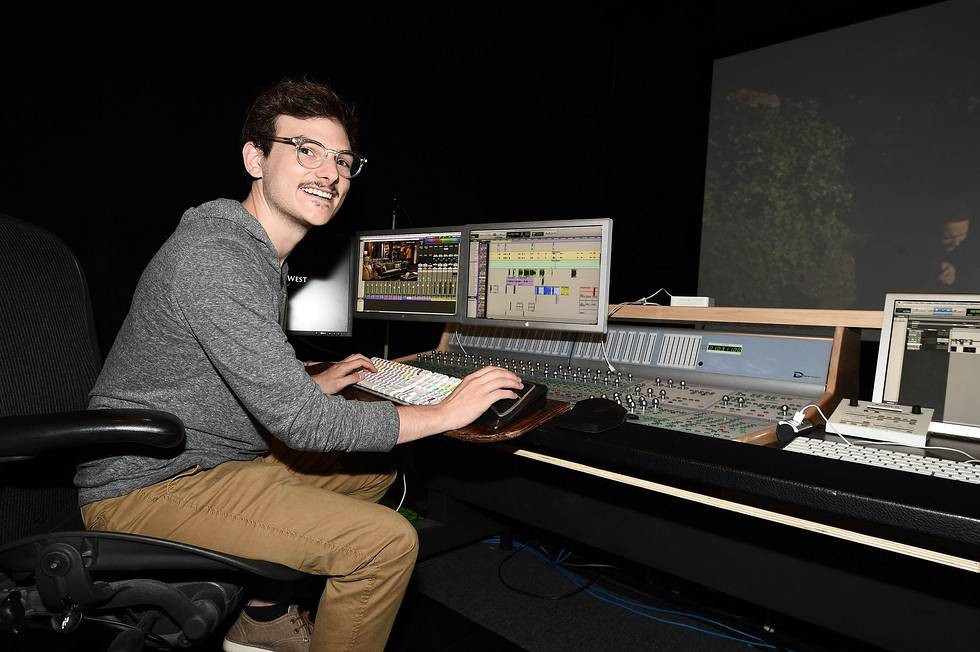 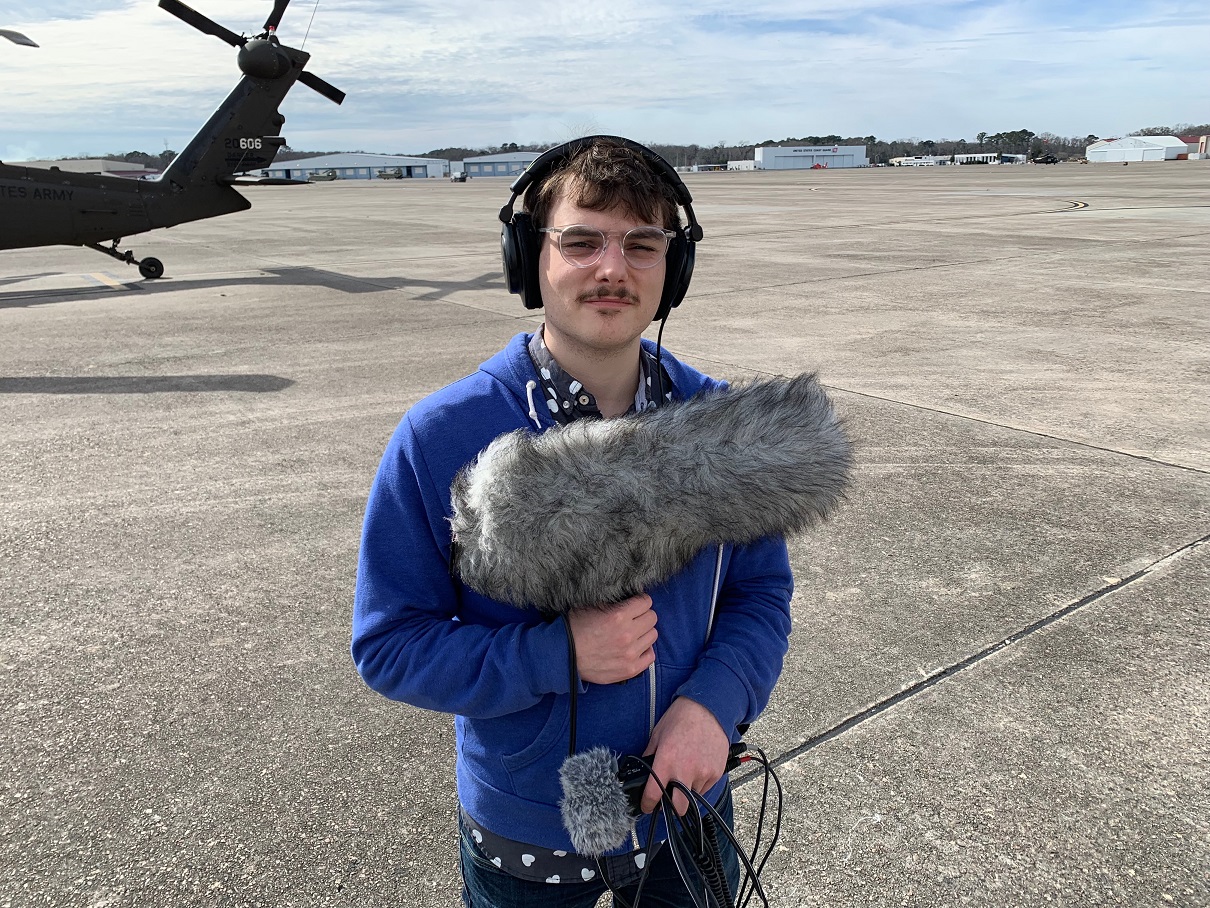 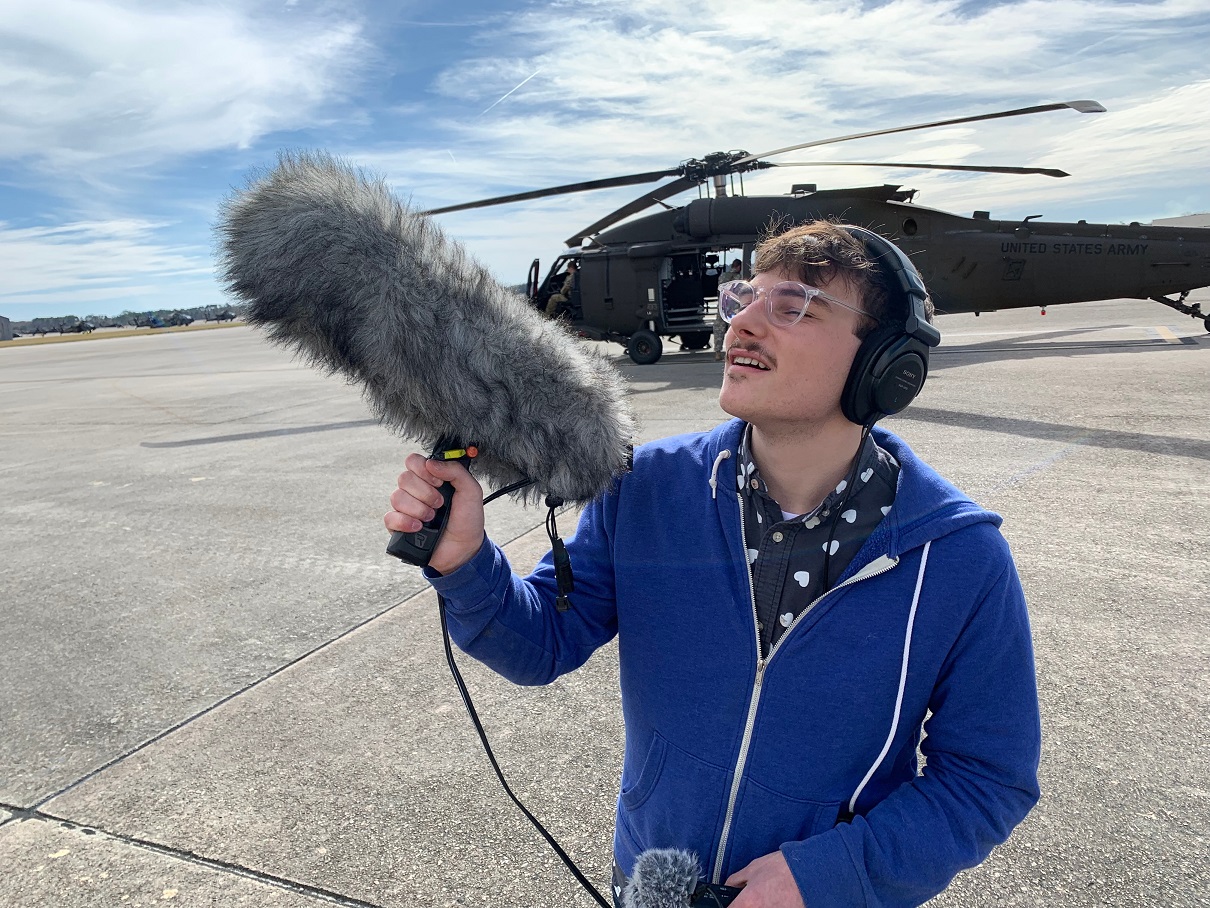 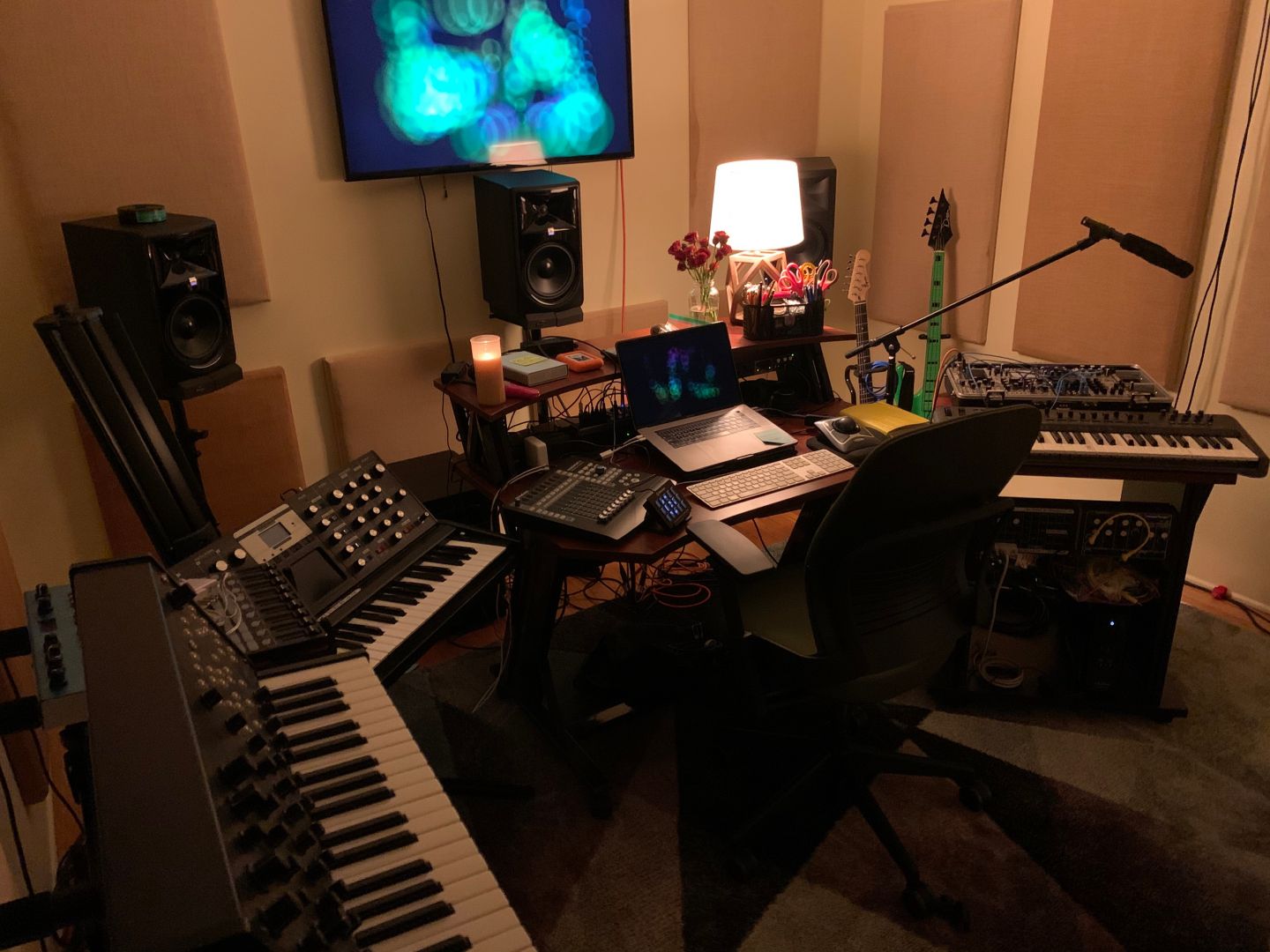 Shoutout is all about shouting out others who you feel deserve additional recognition and exposure. Who would you like to shoutout?
There is a large list of people I could thank, my Mom and Dad have always supported me and my adventures, it feels really wonderful to know they are proud of me, support me, and always are excited to hear the next thing I’ve done. My biggest mentor is by far Matt Yocum, he has helped me so much from getting me on projects, constantly giving me feedback, pushing me to be the best I can, and has given me so many opportunities that most don’t have. I’m really happy to have such a great friend and mentor. To run through the list though I’d say some people I would love to shoutout are my girlfriend Grace, Kevin Parks, Brent Kiser, Ashton Faydenko. All of them have been instrumental in my career.