We had the good fortune of connecting with Sam Bartlett and we’ve shared our conversation below.

Hi Sam, what role has risk played in your life or career?
I think much of my career has been like walking down the knife edge of a mountain trail. I just try to focus on the one foot wide path that I need to step on, and NOT on the thousand foot drop on either side. Now that I’ve survived to the age of 59, still doing music and art, the fall worries me a lot less. Of course now I feel my mortality more than ever, the shortness of our days, and I am happy that I have taken such a risky path. My father was a tenured professor of soil science at the University of Vermont. I tried really hard, but was a terrible student and became obsessed at the age of 14 with playing the banjo and drawing. The first meaningful work I ever had was to play for contra dancers at these community events around Vermont. They paid so little, but I was deliriously happy to do them. I threw myself into this questionable profession to the horror of my parents. When I got a little older, I started a zine about tricks that people do to amuse themselves when bored. I called it “Stuntology” and I kept the zine going for years.
I had the most ridiculous career possible, and could only keep it going by working around the clock, accepting every possible gig. Anything would have been more stable and safe, but this is what I wanted to do. 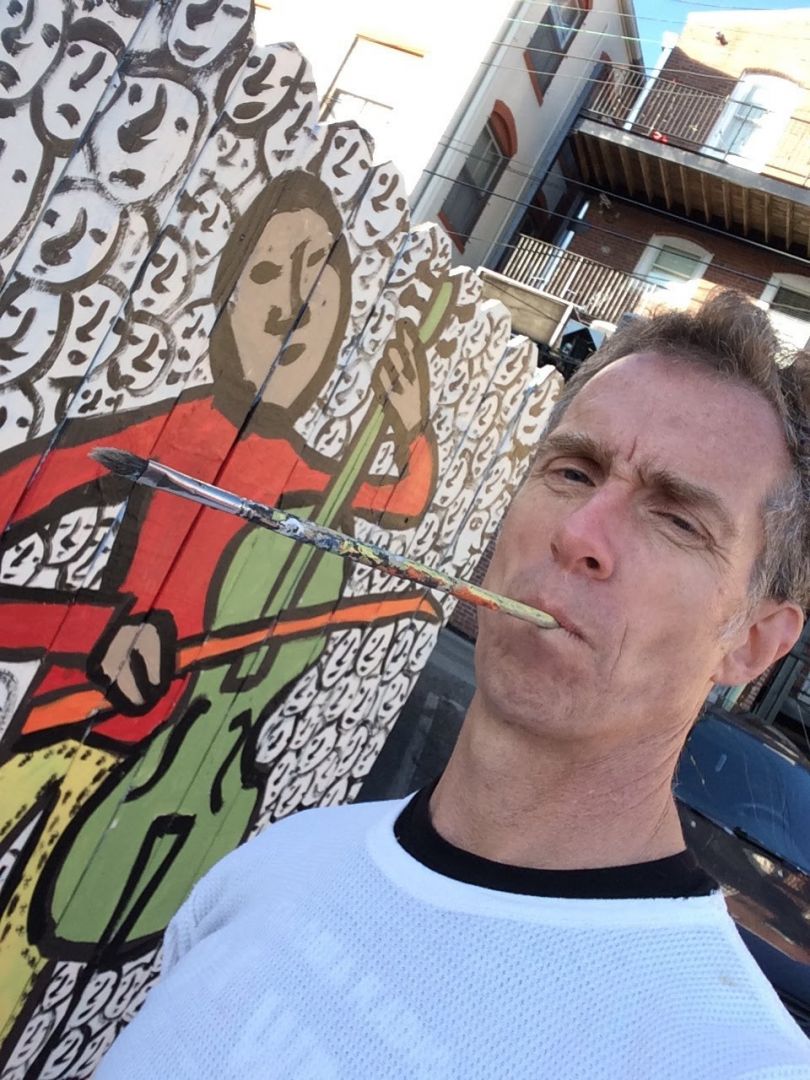 Can you open up a bit about your work and career? We’re big fans and we’d love for our community to learn more about your work.
My Stuntology zines morphed into self-published books which in turn morphed into an officially published book on Workman. I think I was most proud of the fact that the book sold so well that it was translated into Finnish and German. I began to do library performances of the tricks from the “official” book and that became a popular library show that I performed in libraries from Vermont to Alaska (and a couple of states in between–smiley icon.)

In the past ten years, my drawing left the pages of my Stuntology cartoons and has become part of the city landscape of Bloomington, Indiana. A year ago I completed a 750 foot mural that is the dominant flavor of the much loved Building and Trades Park. I have also been spreading the art of making community moving panoramas, or “Crankie Shows. After being awarded a succession of Arts in the Parks and Historic Sites Grants by the Indiana Arts Commission, I made Crankie Shows about the social history of four Indiana State Parks.

The pandemic took away everything social. No library shows, no community art projects, no artist in residencies. That drove me to making painted cutout plywood sculptures from dumpster salvaged plywood. I posted photos of the artwork on social media and selling the cutouts replaced a significant section of the money I made from touring.

in the middle of the pandemic, Traditional Arts Indiana awarded me the status of Master Artist for the banjo and I have been teaching a young banjoist on a nine month funded apprenticeship.

I am proud to be a member of a small, select group of touring contra dance musicians who criss cross the country playing at pre-sold weekend dance events. This is just thinking about rising again as the smoke clears from the wreckage of the pandemic. In the meantime, I am teaching Zoom lessons to contra dancers who’ve always wanted to learn to play traditional music but we were all too busy to stop and do it. This has been really successful!

Let’s say your best friend was visiting the area and you wanted to show them the best time ever. Where would you take them? Give us a little itinerary – say it was a week long trip, where would you eat, drink, visit, hang out, etc.
If a friend was visiting Bloomington, Indiana I would of course take them to my mural in the Building and Trades Park as well as to a 50 foot mural I built around a trash compacter in the middle of the city proper. (I have repainted this particular mural 5 times.) We would then get on the beautiful B-Line Bike Path and ride two miles south to ANOTHER piece of artwork I did on a traffic box. Would circle back to the city, after stopping along the bike path at Cardinal Spirits, for a cocktail made from locally distilled gin. In the course of the week, we would go to the Eskanazi Museum of Art at Indiana University, take in one of a hundred classical music recitals at IU, almost always free and world class. We would go to Bears’ Pub near the recital hall for some locally brewed IPAs–hopefully off season so not mobbed by college students… We would get chicken shwarma at the International Market on 4th Street, espresso at Soma Coffee Shop, and dinner at Korea Restaurant. Best thing: never once having to get into a car.
If we did want to get into a car, we would drive across the causeway over Lake Monroe and travel a few miles to the Hayes Trail. This is a 6 mile hike in a wilderness area that leads to the incredible Patton Cave. 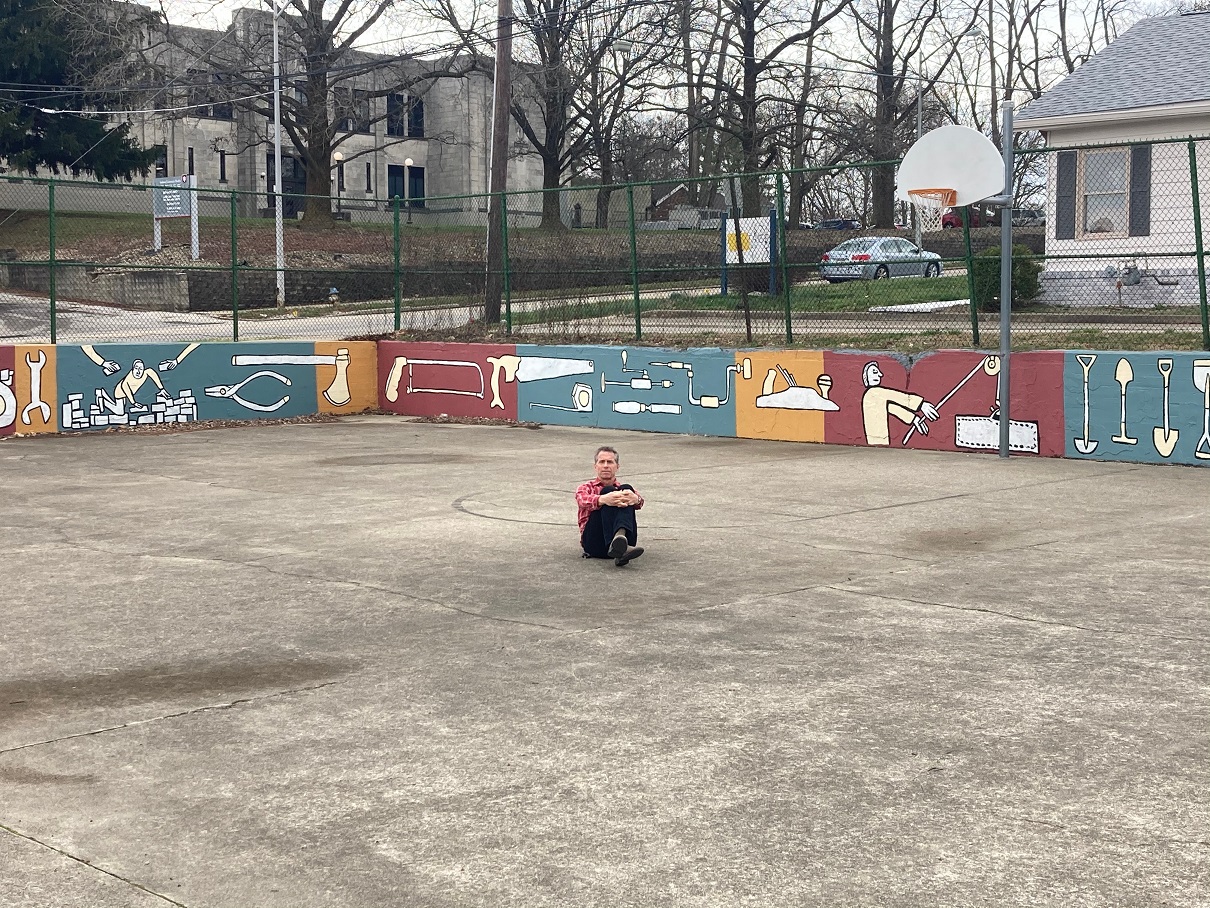 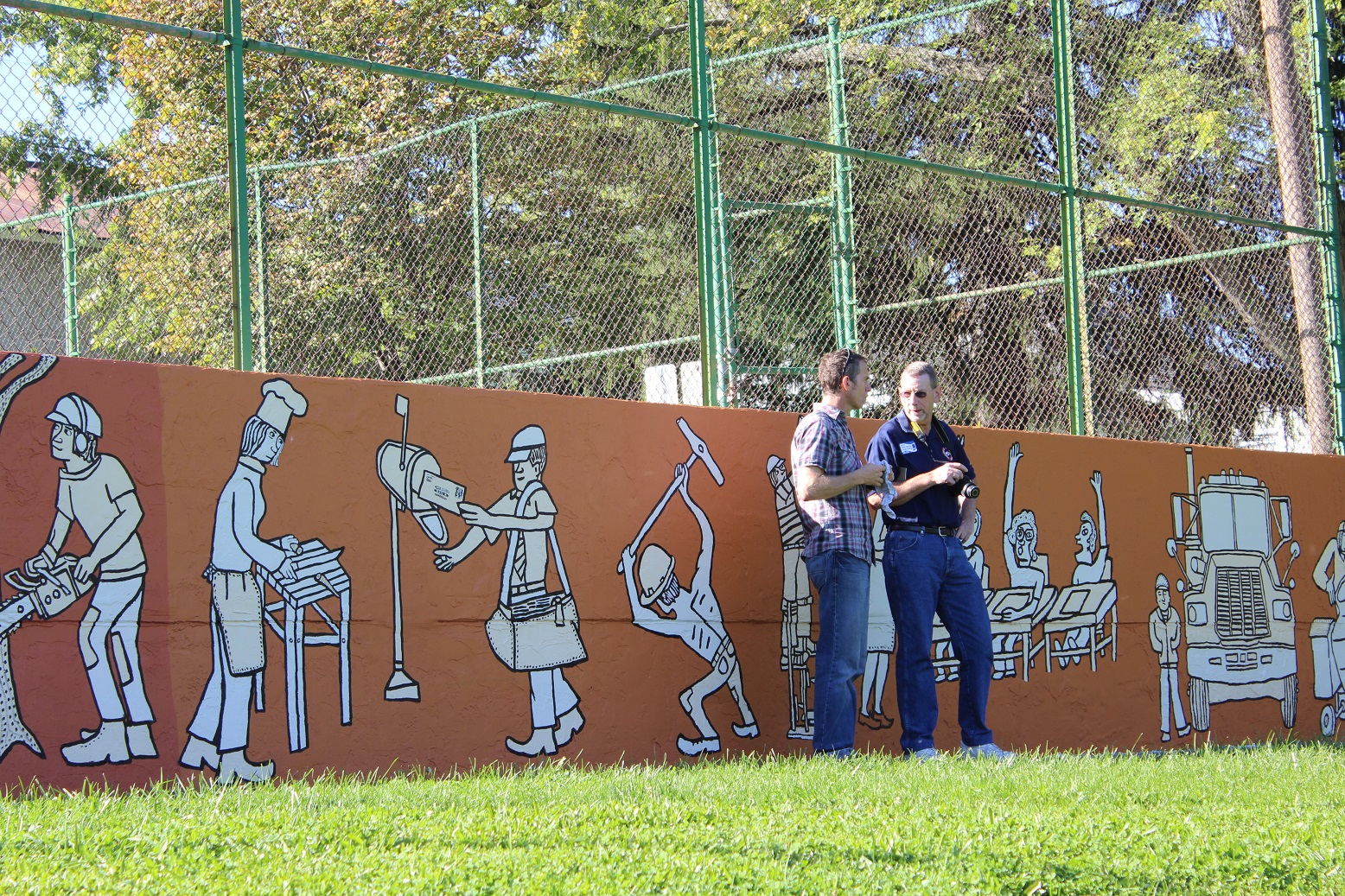 Shoutout is all about shouting out others who you feel deserve additional recognition and exposure. Who would you like to shoutout?
Two dedications: One to my mother, Martha Bartlett, who was a classical musician. She tried so hard to get me to play some form of music when I was a kid, but nothing took, and then out of desperation she got me a banjo and honestly that has led to everything that has been good in my life. Second dedication: To Ben Bergstein, a Burlington, Vermont dance caller, who hired me to play my first gig, though I was unprepared and unqualified. He just kept telling me I would be fine, and he was right.