We had the good fortune of connecting with Samantha Bearman and we’ve shared our conversation below.

Hi Samantha, how do you think about risk?
The way I think about risk is this: if I get excited by the prospect of it then I know I have to go for it and if I’m afraid at the challenge of it then I know I have to go for it. I think my mother put it best when she told me risk is the price of admission. no I’m not going to say I run headfirst into all things risky by all accounts I’m actually a very thoughtful person. however starting a business and taking a chance on myself and my dreams and my goals and I industrious nature is by far the biggest risk I have ever taken and I have to take that risk every single day. for me when I think about risk if I think too much on it I do tend to overthink and can often catastrophize our minds are incredibly powerful and they can go down some really dark roads but since I know my mind is so powerful when I feel myself focusing on a negative outcome and justifying it in my brain I instead chose to envision the most powerful beneficial positive outcome and start to think of all of the avenues and roads that will happen when I take this risk. I will say I do feel a strong connection to a universal pole if you will towards several of my strongest business Endeavors and I continue to lead with that knowledge that the universe is rigged in my favor in all ways, always.

Risk-taking has kept me from having a boring life. risk-taking has pushed me to get on a plane and move to another country where I knew no one and barely knew the language not once but twice. risk-taking took me solo camping and Hiking up one of the most dangerous peaks in the United States successfully I might add. risk-taking allowed me to get up on stage for the first time and hold a mic and realize that I had the power to create joy and laughter in a room full of strangers. risk-taking as far as my career goes has allowed me the knowledge that I know for a fact I am employable I have marketable skills I’m a desired asset to any Workforce and that if I am not happy or feeling stagnant or feeling undercompensated in any position it would be risky or to stay then it would be to leave and go somewhere else where I am appreciated valued and enjoy better benefits. Risk-taking has made me enter giveaways and when to round trip tickets to Bali and Cuba risk-taking has also put me in situations where I did not win I didn’t come out on top and I cried because I lost time money energy confidence the tears dried and I centered myself again which wasn’t always within a day’s time a week’s time or even a normal amount of time that would be uplifting to here when I look back on those risks but I took regardless of how they turned out I don’t think there was ever one where I thought to myself I should never have done that. 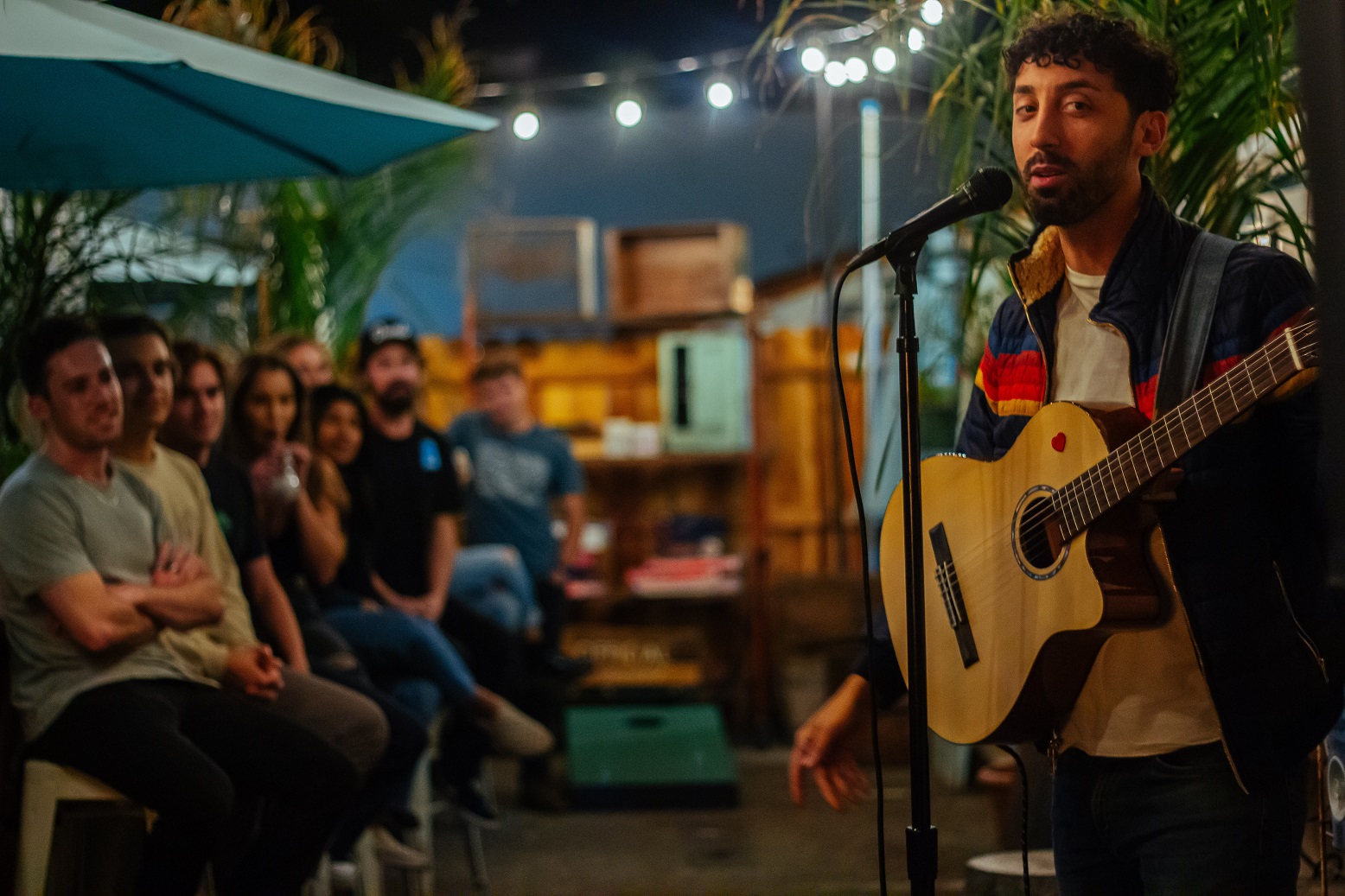 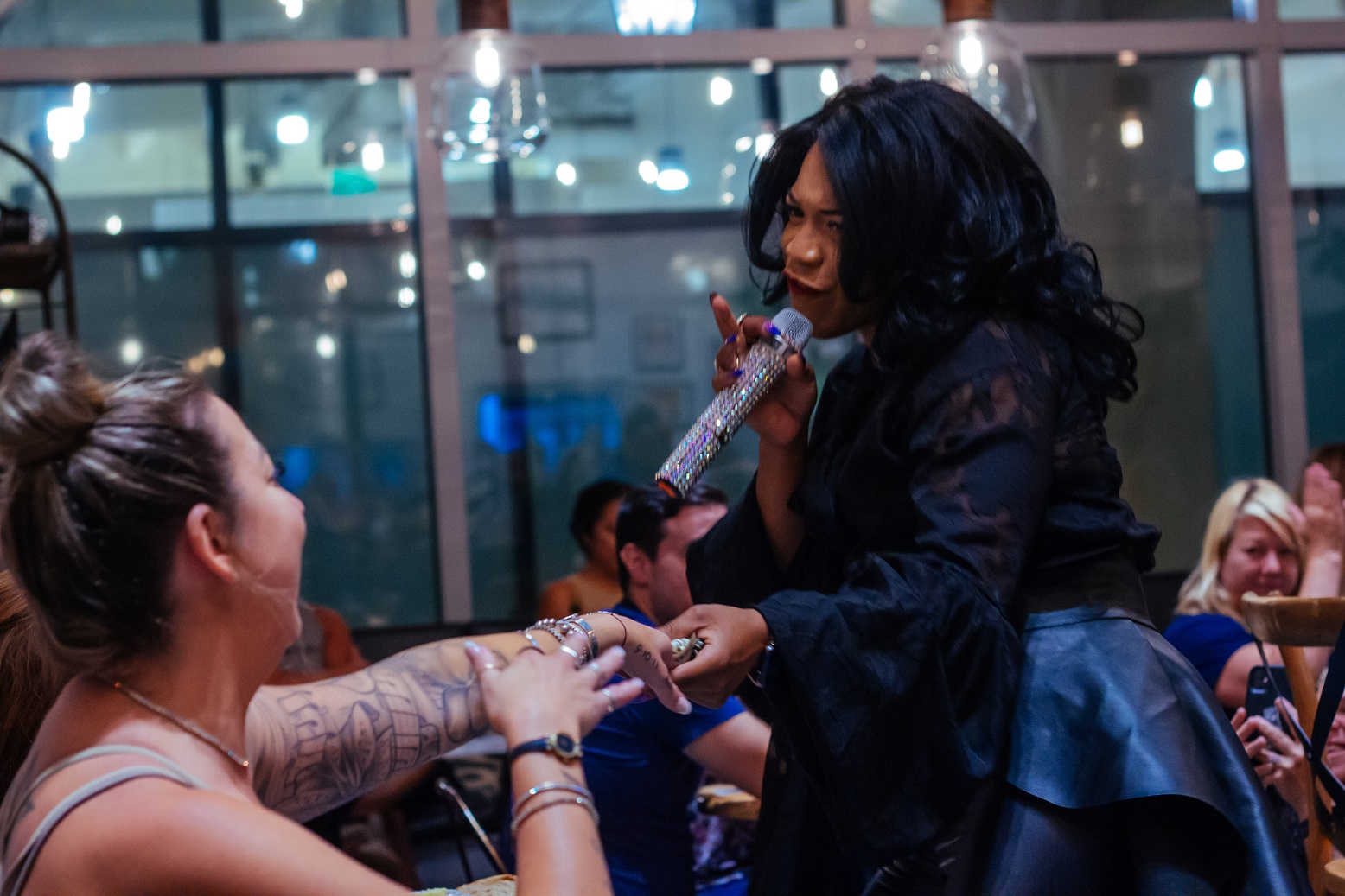 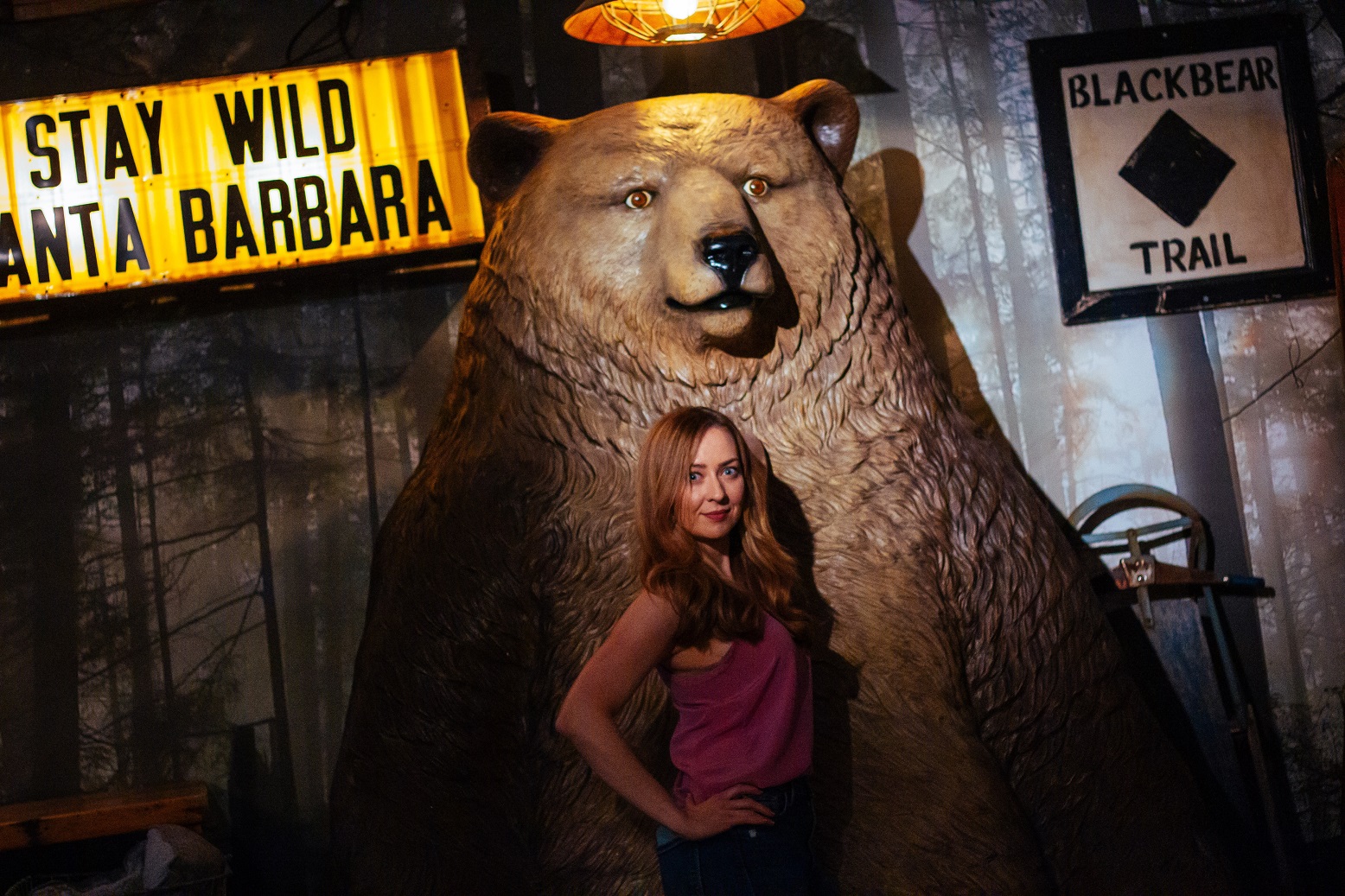 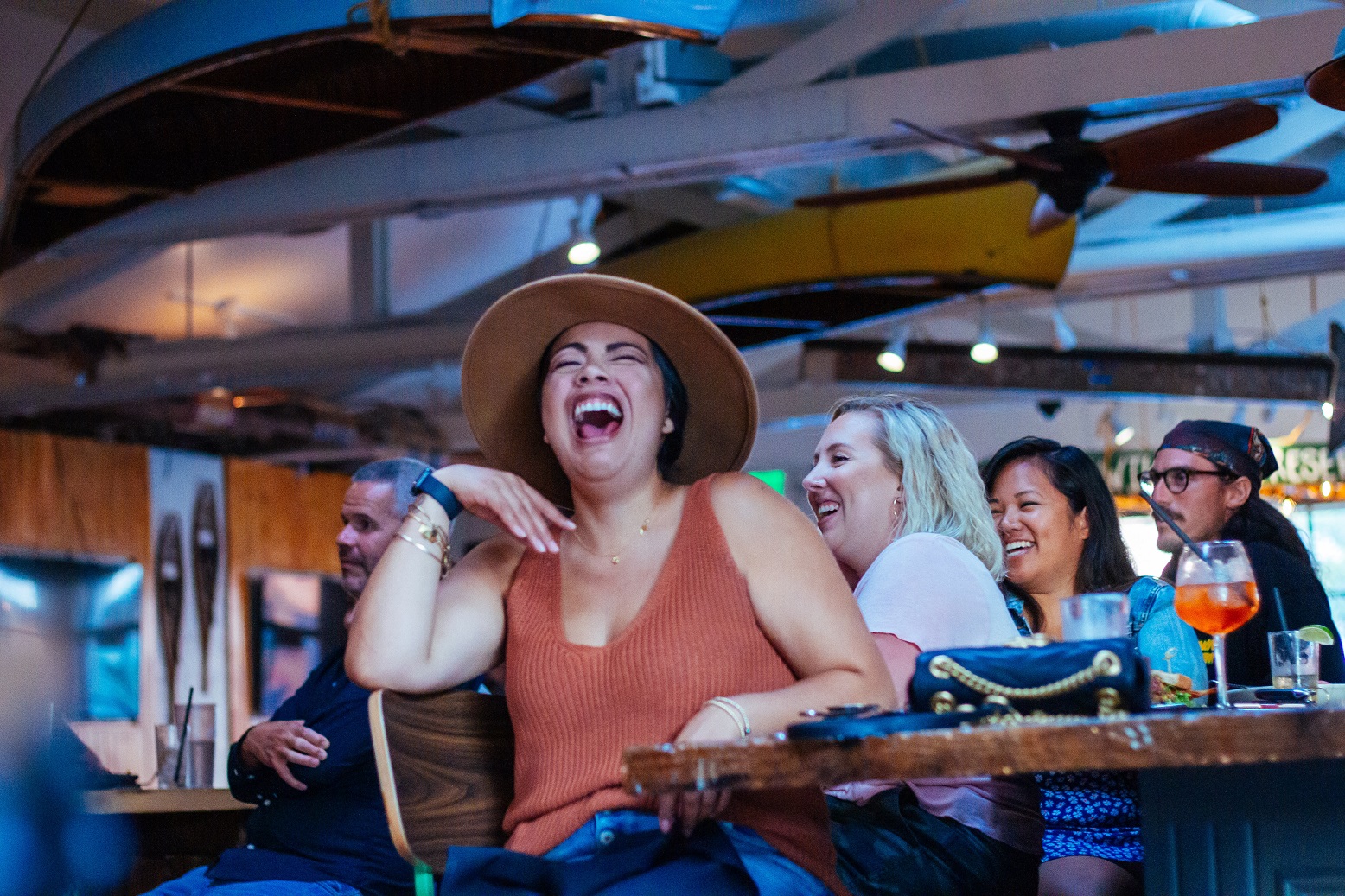 Any places to eat or things to do that you can share with our readers? If they have a friend visiting town, what are some spots they could take them to?
For a week long trip, I’d have them stay at the Canary Hotel, right in the middle of downtown Santa Barbara with bikes that we can use to get to the beach and cruise down State Street. I’d make sure that we took a day trip up to Solvang to enjoy some Abelskevers and then stop at Cold Springs Tavern for some delicious tri tip and live music before coming back to Santa Barbara for a night cap at Lab Social – Santa Barbara’s only speakeasy (that I know of anyway.) While they were visiting we would absolutely hop on the landshark and get a great tour of Santa Barbara both on land and by way of the sea. We would have to go dancing at least one night at Wildcat and maybe catch Vivian Storm behind the bar or DJ Darla Bea spinning some tracks, before swinging by YonaRedz for some tasty food. I’d make sure that we attended trivia at Unbearable on Tuesday night and then at Centennial Beer Hall on Thursday. In the mornings we’d have to grab the best croissant in town and most delicious cafe at Alessia Patisserie and take in the presidio, sunken gardens, and the courthouse with our walking breakfast. We’d have to make sure we were properly caffeinated on other days by visiting Dune Coffee and Handlebar. A sunrise hike to the Montecito Hot Springs so that we could languish for several hours before going down to the harbor and hopping on lil toot or as I call it the most affordable cruise in town. We’d have to have a meal at Via Maestra for authentic italian cuisine and south coast deli which is a staple sandwich shop in town. While she’s visiting going to Red Piano to see the dualing pianos is a must. Now back at the Canary we’ll have a soak in the hot tub and a swim in the pool to recoop for the packed week we had exploring all that Santa Barbara and Goleta have to offer – or at least as much as we could fit in! 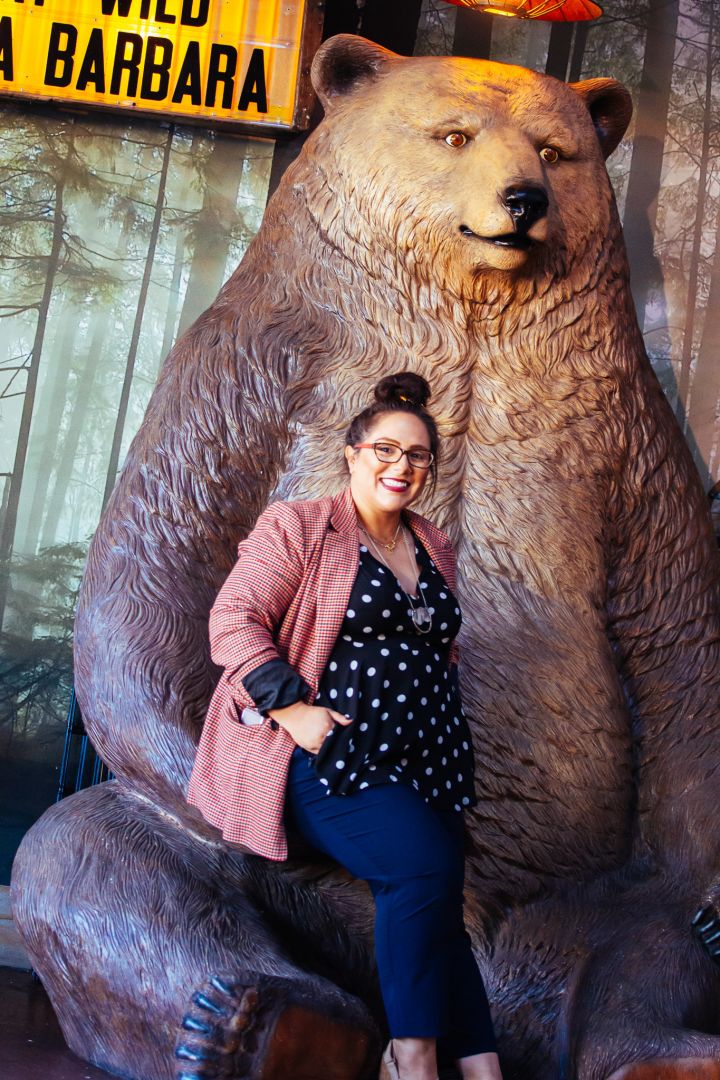 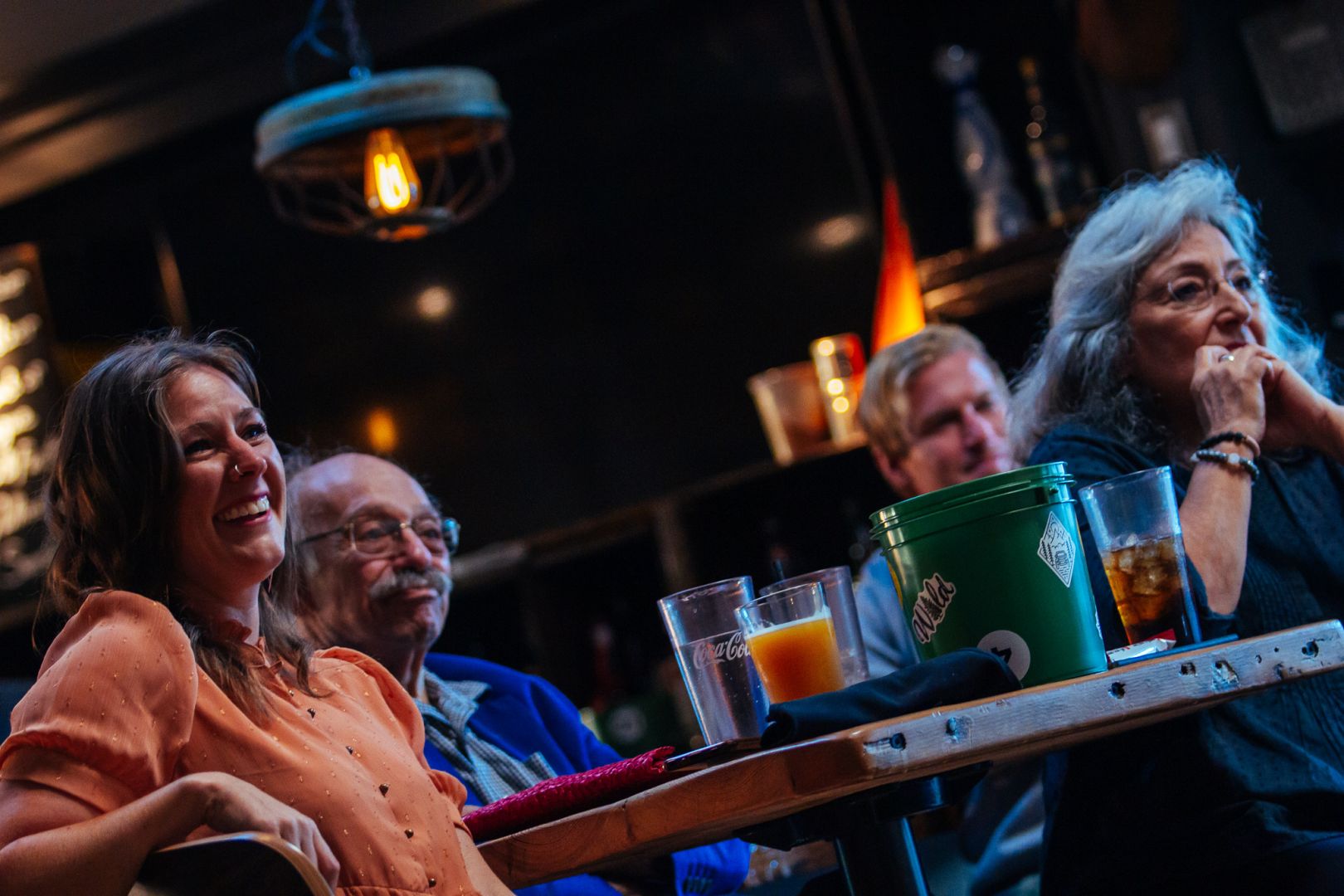 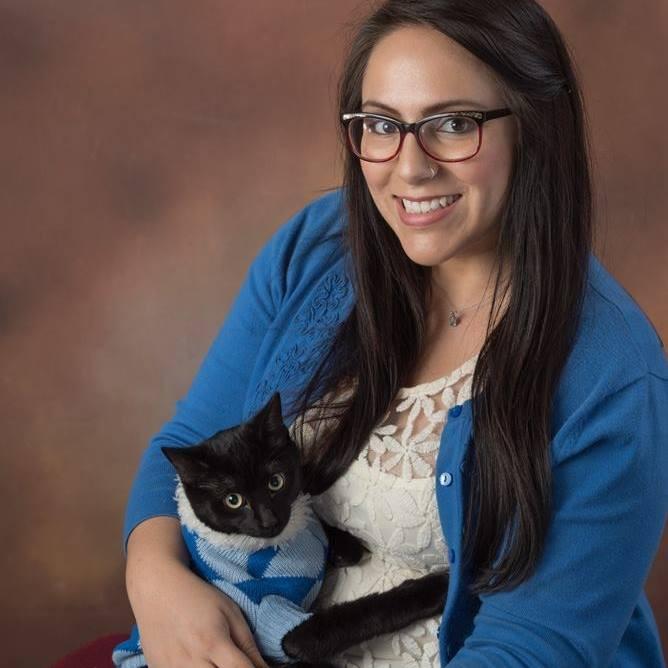 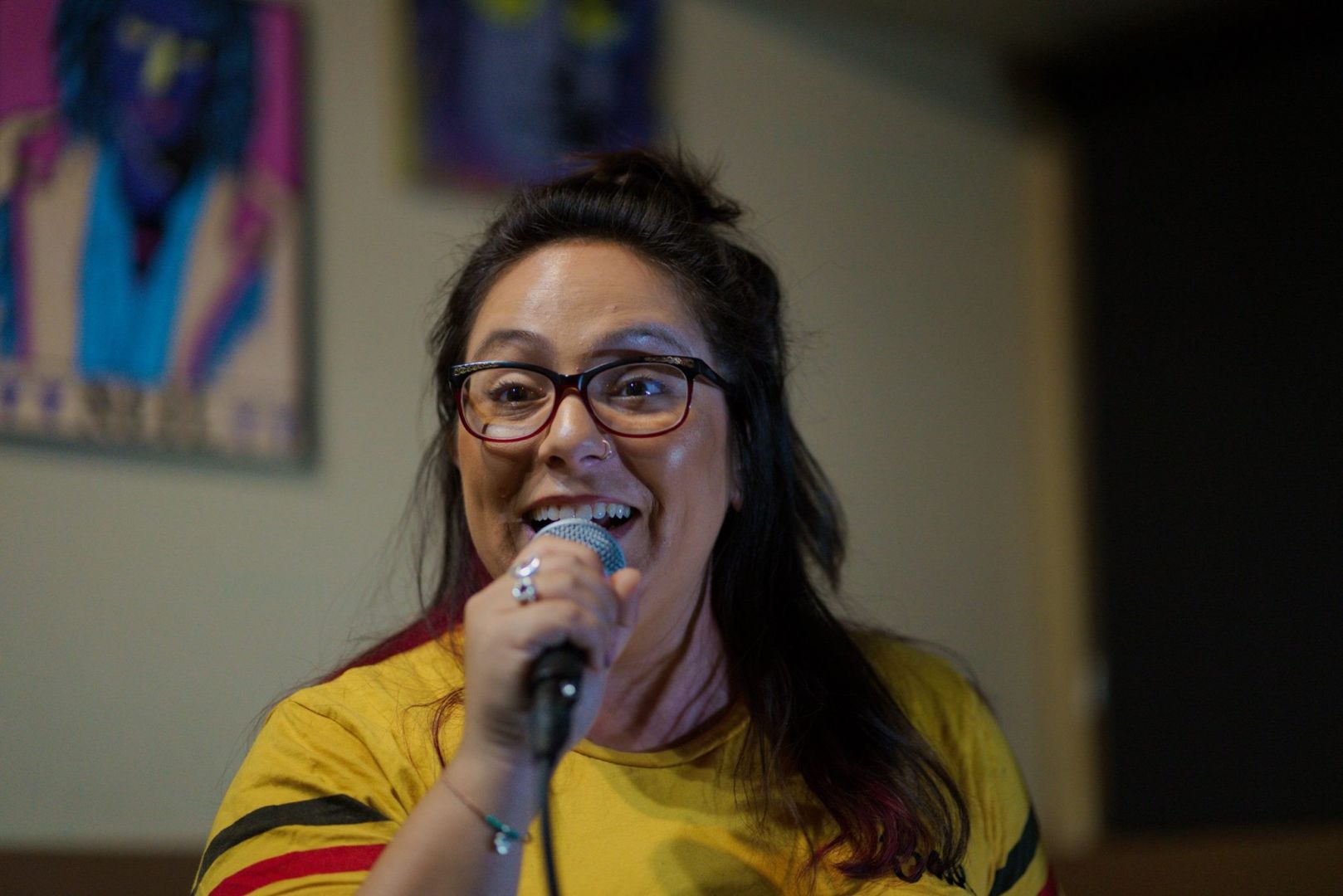 Who else deserves some credit and recognition?
I’d like to dedicate this shout-out to the women in comedy who came before me all of the women who comedy even those I find problematic even those I’m not a fan of especially those though that I am a fan and Inspire to of because no matter what I think of the comedy they’ve put out regardless of whether it makes me laugh or inspires me the fact is by virtue of their existence end there dedication to the craft my fight which still is this for similar and maybe different reasons has a trail to follow.