We had the good fortune of connecting with Samjgarfield and we’ve shared our conversation below.

Hi Samjgarfield, can you talk to us a bit about the social impact of your business?
I have spent a lot of time in my life trying to figure out out how to use my voice and skills to make a difference in the world especially at a time in our culture where there has been such a big shifts and changes in the social climate of the earth. Being a “free spirited little hippie boy who makes weird music”, I have found it’s very easy for me to feel like I’m not on the front lines making a difference, as say someone in law, a doctor, or someone who has dedicated their life to a specific cause or activism; but along the way I’ve realized this is an incorrect way of thinking. I was wired to create and to use sound, and since this is the tool that makes most sense to me I’ve learned and come to understand that it is also one of my favorite things about my job as a music producer. More than ever people have important things to say and that need to be heard, they have stories to tell and I can help tell these stories through my skills in music and audio production. 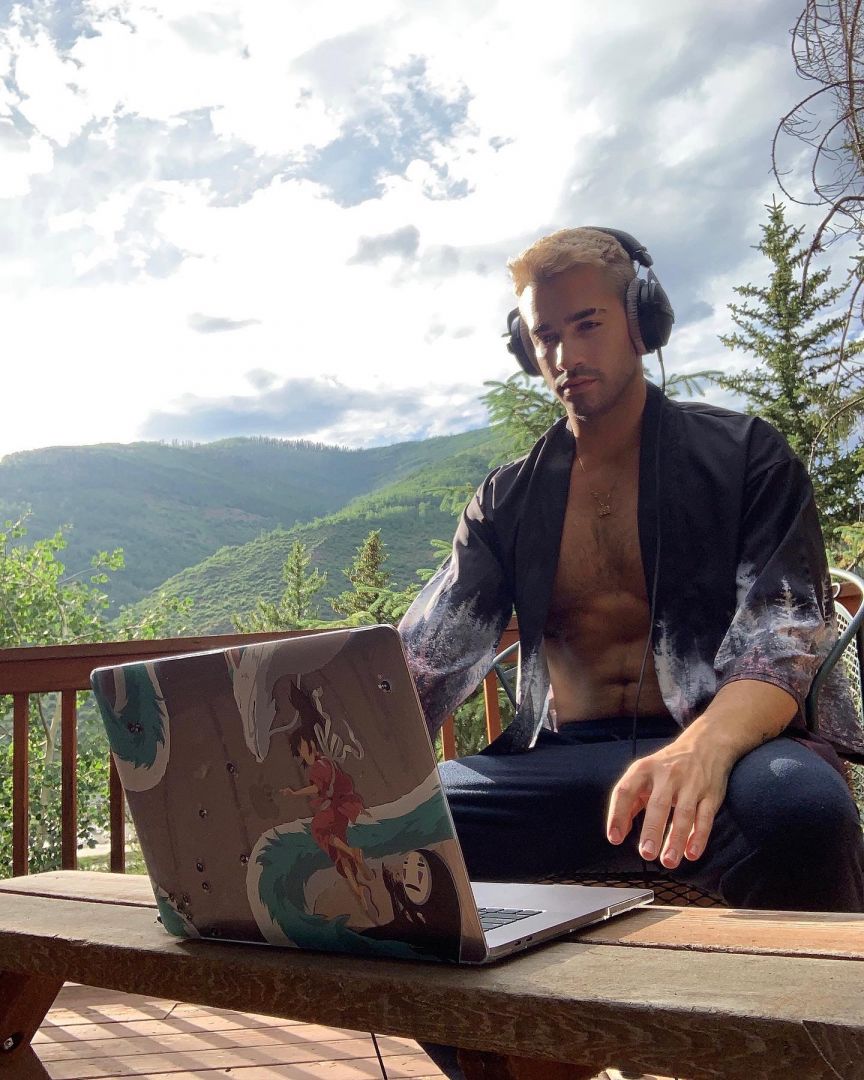 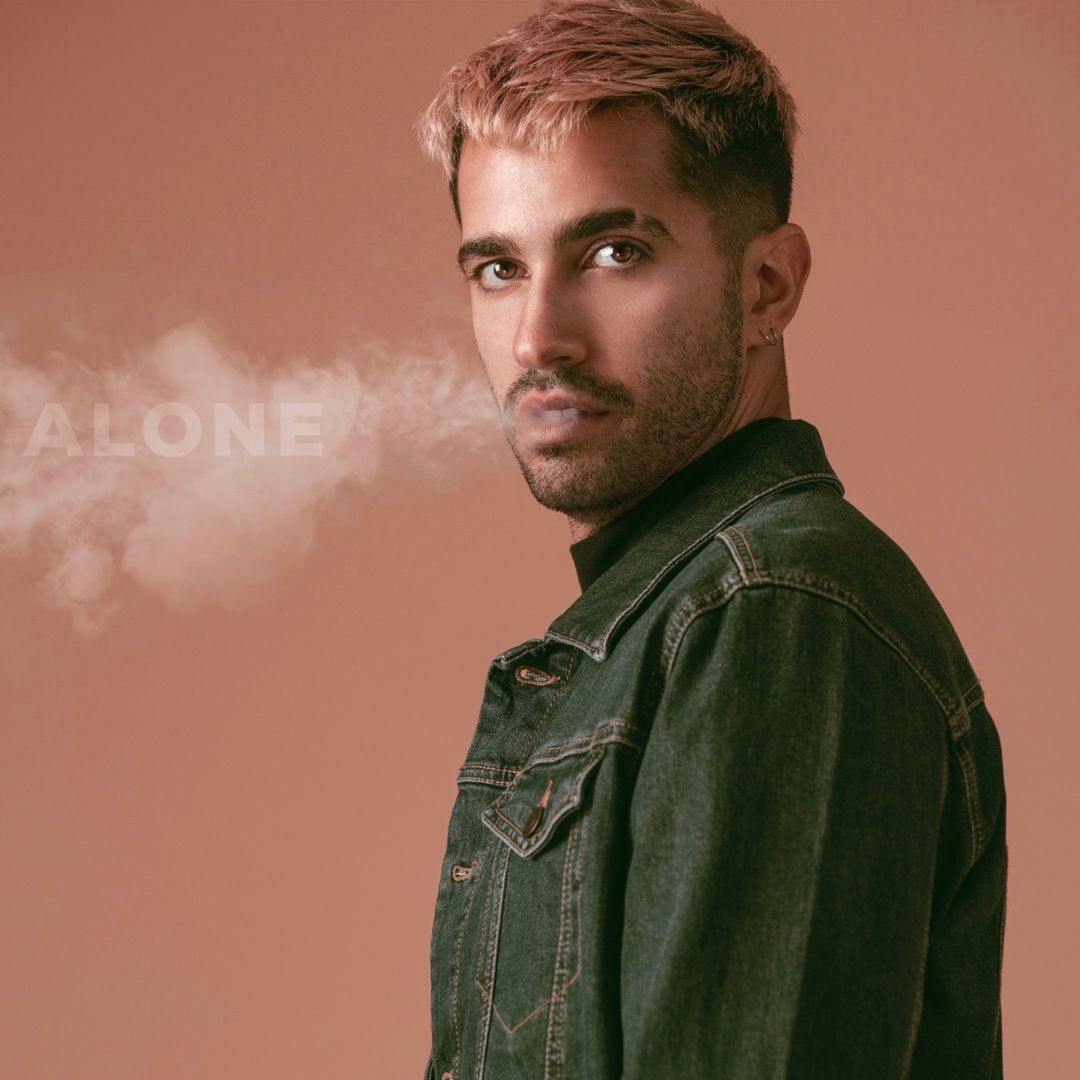 Can you open up a bit about your work and career? We’re big fans and we’d love for our community to learn more about your work.
Before I moved into music, I was working as an actor and model here in LA for 10 years. When my Dad passed away in 2013, i inherited all the music software, mixers, synths, and equipment he used as a composer and music director. While I was working on a film in Chicago for the summer I began to use my downtime on the project to start messing with some of the programs I got from him, and I began to realize that not only did I really enjoy producing these little tracks and beats, but that I was actually pretty good at it. Shortly after, I realized that what I really wanted was a career in the music business but did not want to just be another artist try to make music without a real plan. I decided that if I was going to make music that I needed to learn how to also make it from a technical standpoint behind the scenes as well, to truly think of it as a business. I got an apprenticeship at a recording studio in Burbank called E.S. Audio and trained as an engineer under Donny Baker, an amazing engineer who has work with the likes of Madonna and Michael Bolton, to name a couple. Once I began to shift my lifestyle to a life in the recording studio things really just began to snowball. It was not an easy move starting such an intense new career at 28 years old with out any real prior experience, but I knew I could do it if I dedicated 100% of myself to it, and honestly I can attest that any amount of success I’ve had in these 4 short year of full time music has really just come down to hard work. While other people I knew were hanging out with friends or partying or watching Netflix, I found myself working to create new tracks everyday and studying mixing and post production techniques from morning to night.
Stylistically I think what mostly sets my work apart from others and has been a factor in the success of my growth is the eclectic and experimental elements I like to bring to my music. I always been drawn to using weird sound samples, I once built a track around a hiccup for example. I also really enjoy the fusion of music genres. For instance my music project with my sister, called Lexington Kills, is really a fusion of folk and drum & bass music that we have coined as “folk & bass”.
As a producer now i currently am working with artists that work in, hip-hop, indie pop, R&B, alternative, latin ..ect. being able to not be defined by a specific genre but more of by a certain vibe or edge I bring to that genre is very important to me. 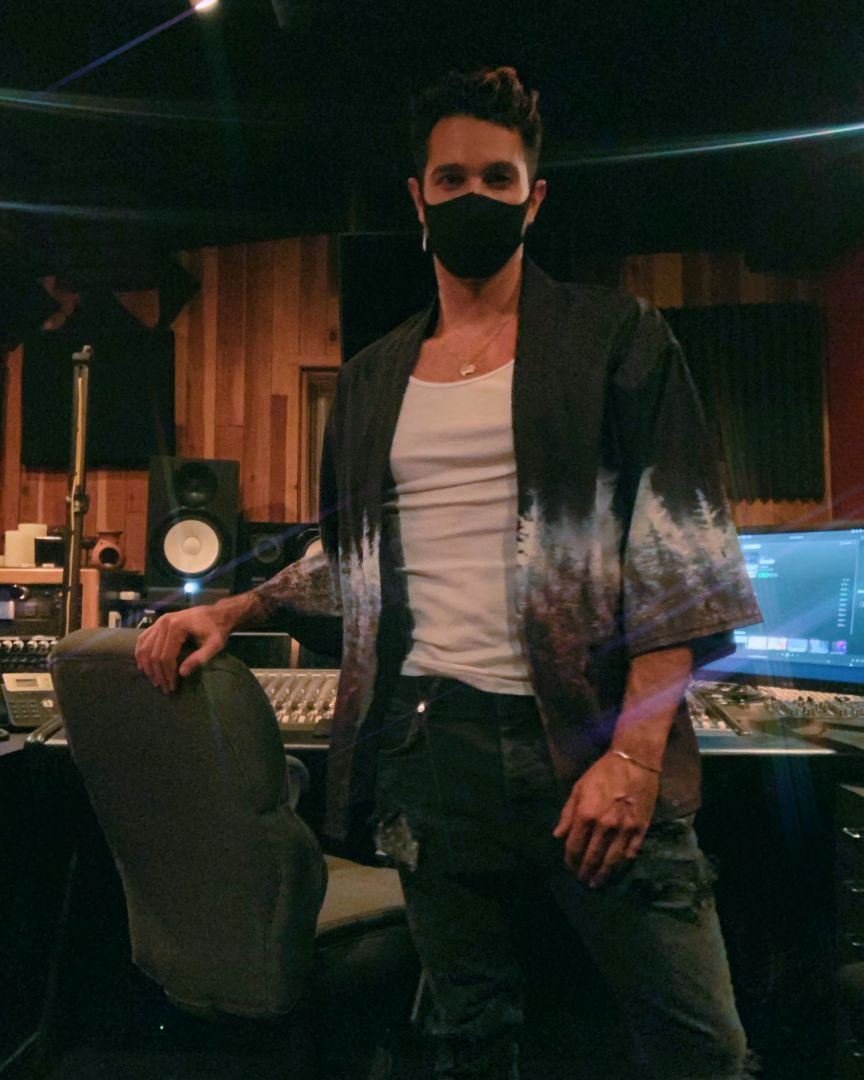 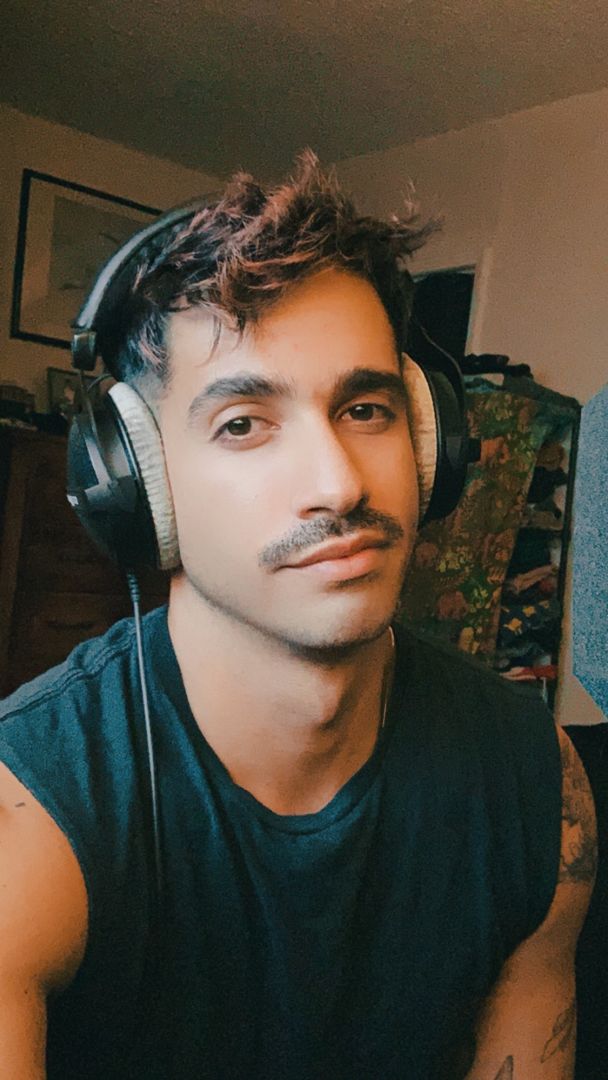 Let’s say your best friend was visiting the area and you wanted to show them the best time ever. Where would you take them? Give us a little itinerary – say it was a week long trip, where would you eat, drink, visit, hang out, etc.
Having been in LA for almost 15 years now, I can say that I know this city pretty through and through. Upon moving to Echo Park in East Los Angeles 4 year ago i must say I have truly become an “eastsider”, and have fall in love with the area. I love a good hang at lake in Echo Park, or cruising on sunset to grab a bite at my favorite local eateries such as Masa or Mohawk Bend. I also really enjoy being so close to Downtown LA, and love to go and explore down there. 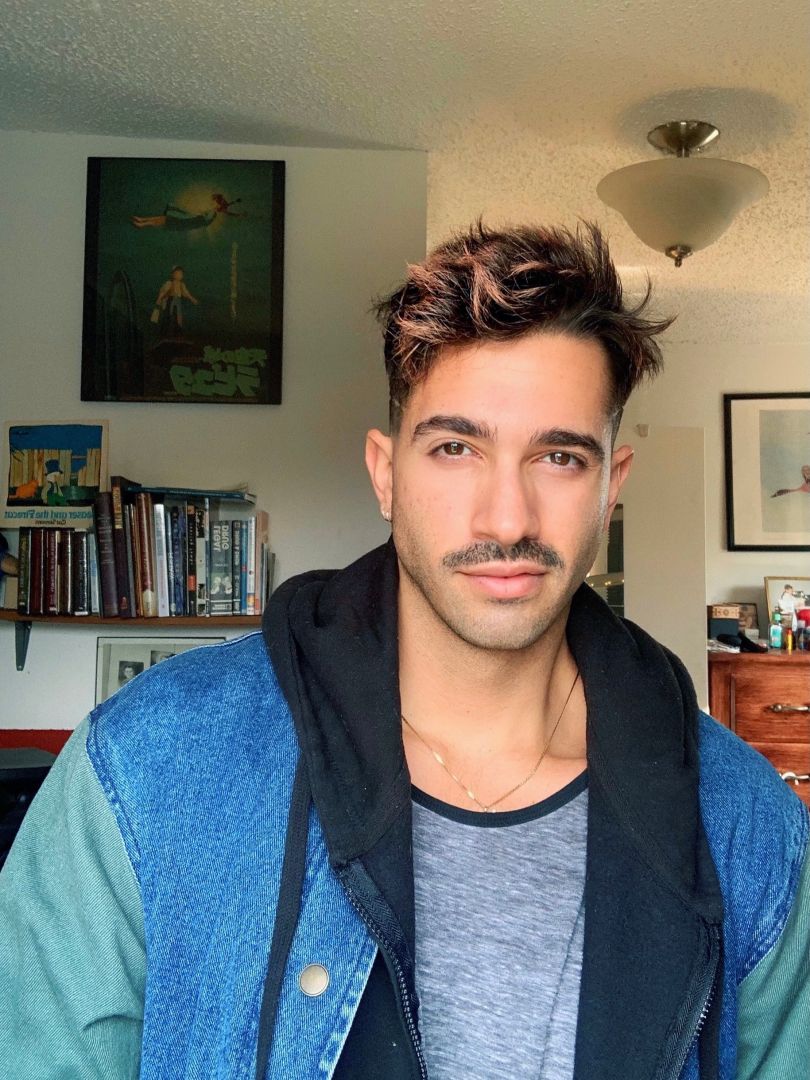 Shoutout is all about shouting out others who you feel deserve additional recognition and exposure. Who would you like to shoutout?
There are 3 people in my life who deserve credit and thanks for the progress and success I’ve made on this journey in my career. The first is my father Alan Garfield, who was an incredible composer and musician. He instilled my love and passion for music in me, and it was his death 7 years ago that actually pushed me to purse and take this legacy in music. Secondly my mentor Donny Baker who gave me my first apprenticeship at E.S. Audio Recording Studios. Donny helped change my love and interest in music from just a fantasy and idea to a new mind-set, and help me acquire the skills i needed to have a tangible business plan with wings. Third is my sister Joh Garfield. Joh is not only one of the amazing artists I produce for, but was the first person over a decade ago I began writing and creating music with. 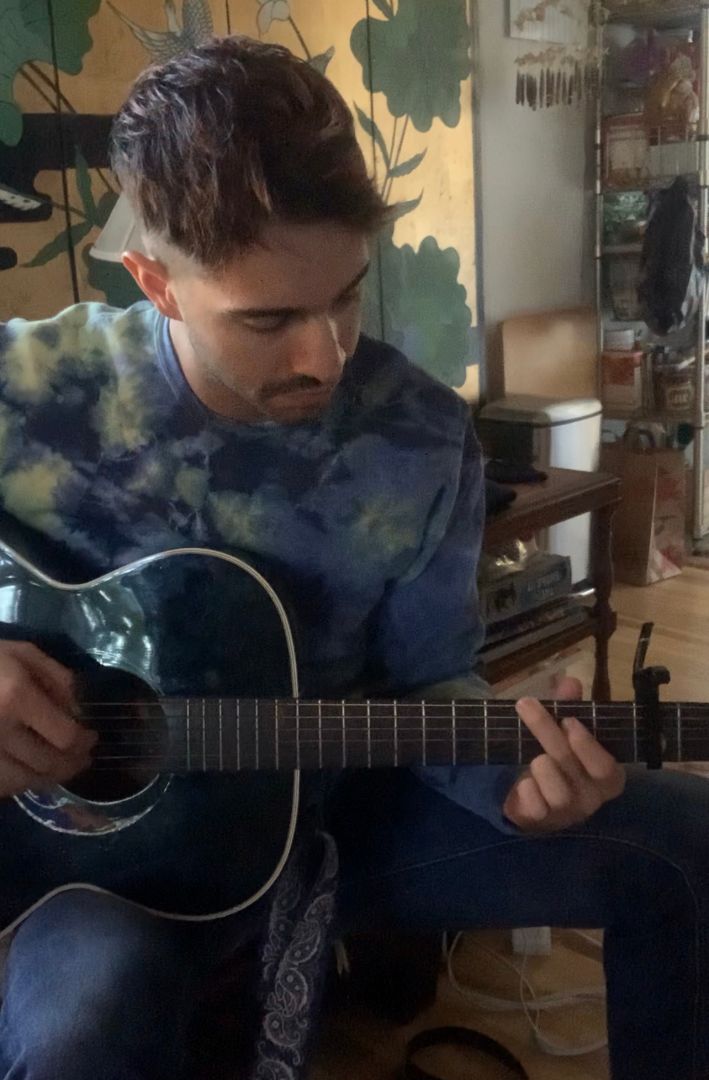