We had the good fortune of connecting with Samuel W. Reed and we’ve shared our conversation below.

Hi Samuel W., why did you decide to pursue a creative path?
Pursuing an artistic career wasn’t so much of a choice as a necessity. My entire life I have been passionate about the arts. Since I was a little boy, I loved drawing, creating, and making things. As I got older, I got into music, began to play guitar in bands, write music, etc. That passion expanded into fiction writing as I entered college, and a few specific courses guided me toward screenwriting, first, and then filmmaking, where I ultimately landed. At each step along the way, I became keenly aware that my path was differing from my peers. As they pursued careers in finance, law, health, and more “traditional” paths, I found myself repulsed by the idea of a “9 to 5,” or having to do anything that would squelch these creative ambitions of mine. I have always felt an innate need to be creative and to explore concepts and feelings through my art, and to express my own personal worldview for others to see/share/experience. I have always had a natural instinct for storytelling, and for entertaining, and it has always been important for me to nurture these instincts instead of shy away from them. Otherwise the voices in my head just mutiny against me, and I end up at their beck and call anyway. I find it’s better to submit to them early on, that way I can control the ship instead of having the ship control me. 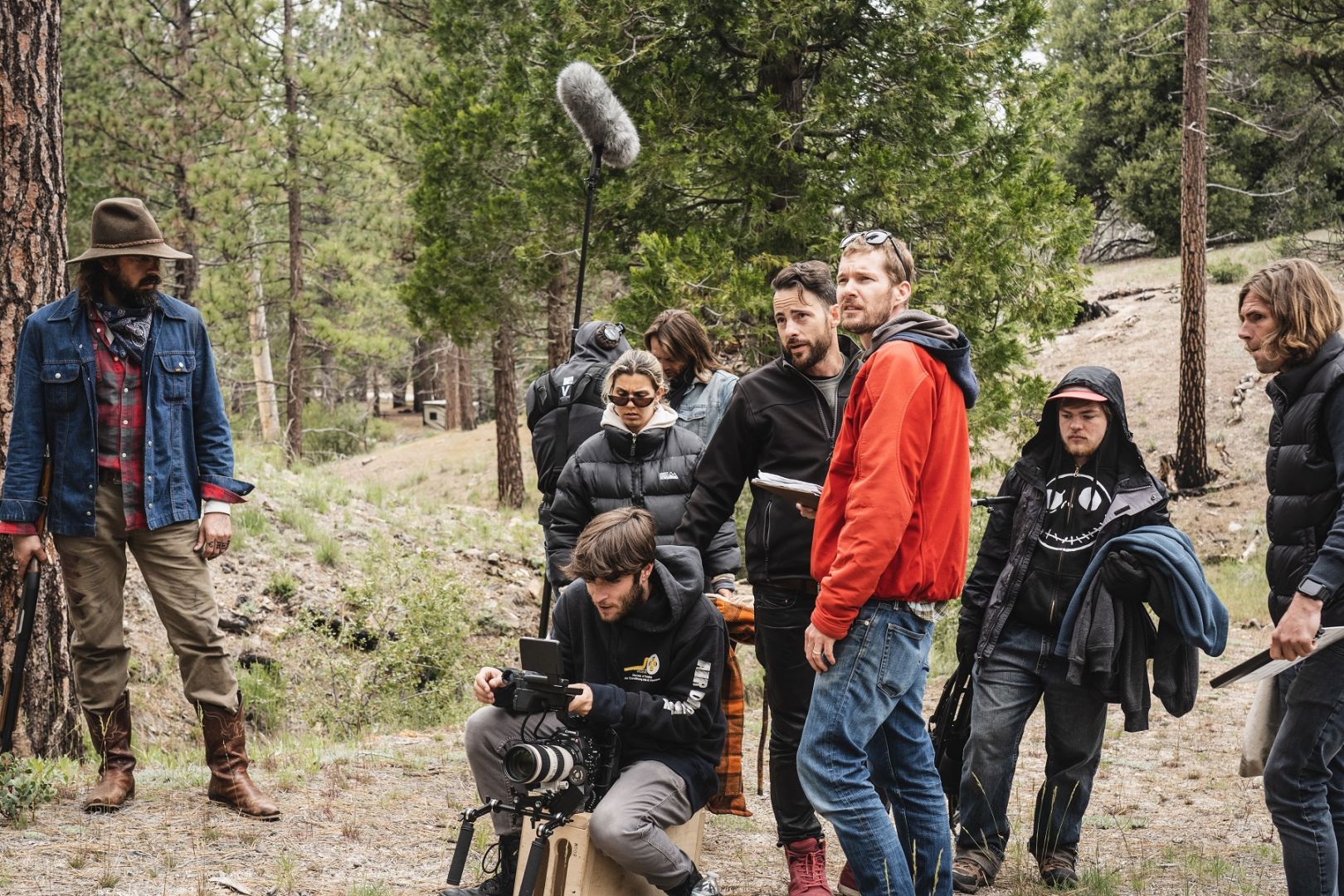 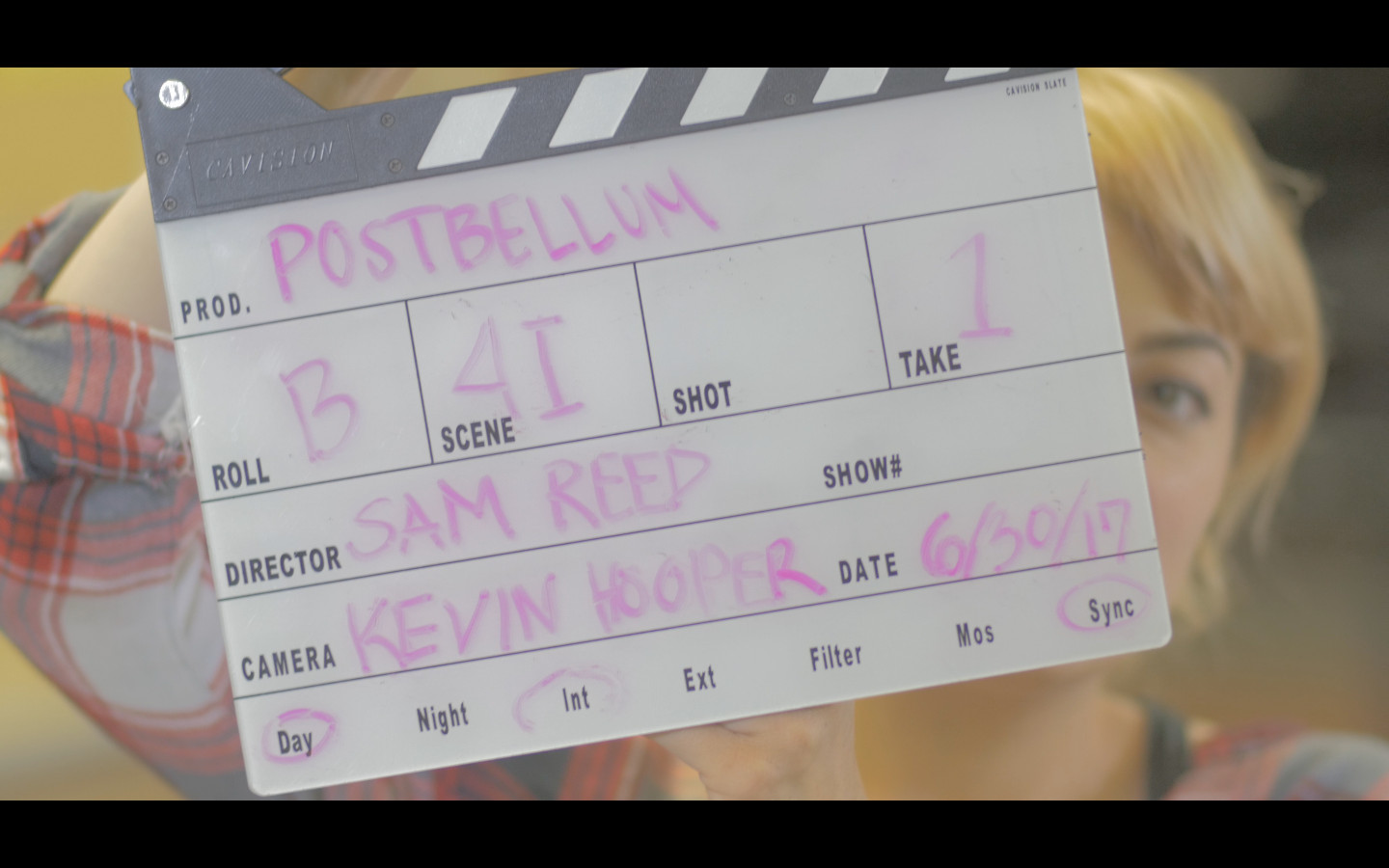 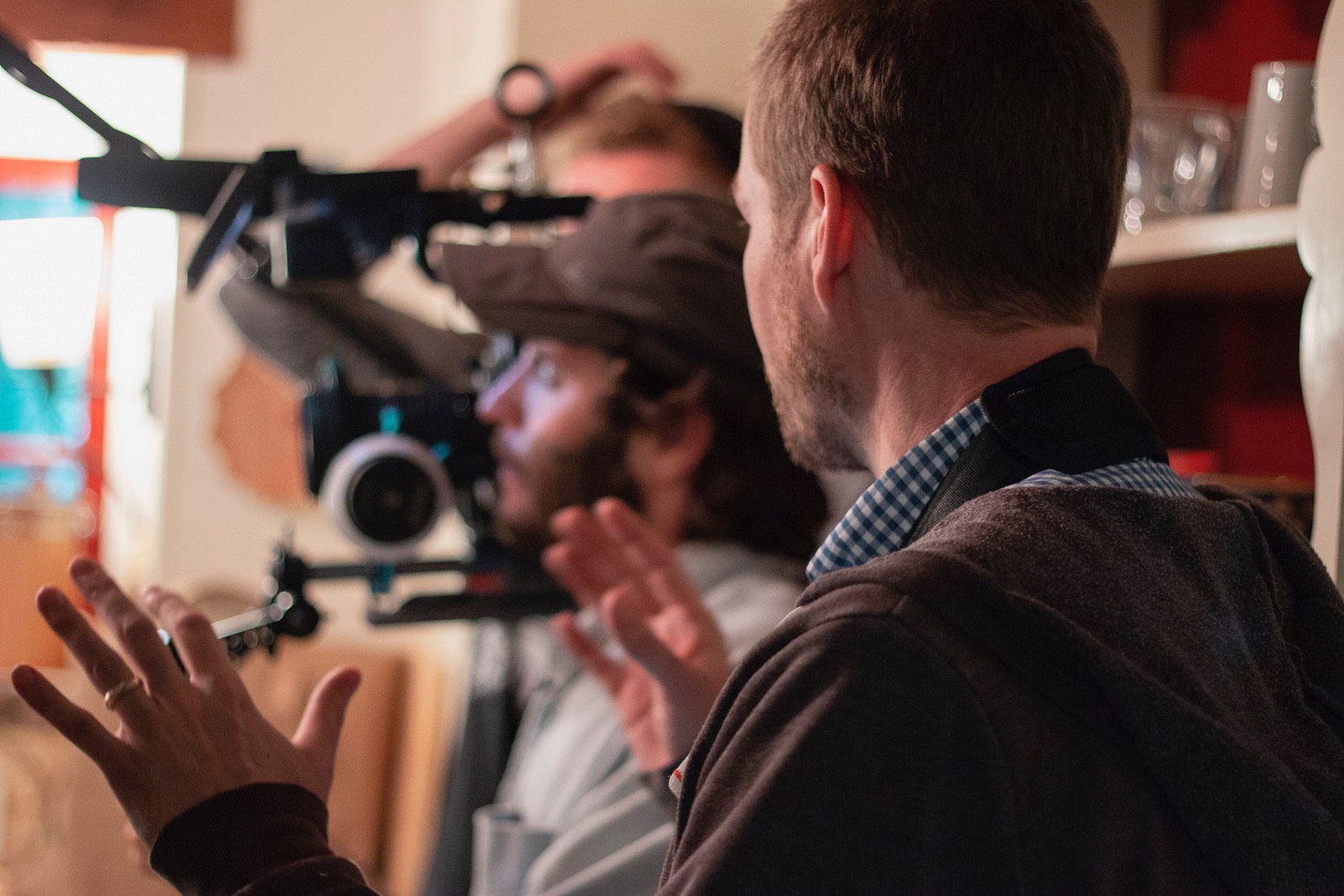 Alright, so let’s move onto what keeps you busy professionally?
I strive for a few basic ideals with all of my work: authenticity, realism, and a strong emotional connection and/or response.

I know superheroes are more popular than ever, but personally, they aren’t my bag. Even as a child, when I actually was into superheroes, I was way more into Batman (a normal guy with cool toys) and Wolverine (a normal guy who was experimented on) than I was with the characters who had supernatural powers. In a nutshell, I was not able to suspend my disbelief long enough for those characters to resonate with me. Real people with real identifiable problems and fears always shook me more than the heroes and villains of another world.

As I got older, I found that creating something “real,” making my work feel “real,” and creating a “real” emotional response in my audience was more exciting for me than exercising my creative prowess to create the most sensational thing I could imagine. As I began producing my own work, I found that I didn’t have the luxury of a large production budget, and had to utilize cheaper filmmaking tactics – like using a handheld camera instead of steadicam, or shooting on location instead of in studios – which only added to the realism that the content of my stories already suggested. I wholeheartedly embraced this style, as I believe it lends a loose docu-realism feel, making my work feel lived in and spontaneous, instead of being still and symmetric, which is so-common in ultra low budget filmmaking.

I believe it is important to work with actors who truly embody the characters you are portraying, so if they are a BIPOC character, it is my job to research, write, and cast the role as authentically as possible; the same if they are disabled or anything else. Having worked on projects that illuminated the importance of the media’s role in shaping societal perceptions of those who are different than what we have seen, I believe it is imperative to make these stories as authentic as possible, and that the end result is usually better than it would have otherwise been.

Since going out on my own, I am now faced with the challenge of finding and raising money for new films, while also marketing and releasing older content, all while turning a profit. In order to do this, I have to focus on creating lower cost content that can still compete with “the big boys.” Filmmakers in this boat know we have to find a specific niche to work in, and mine is the suspense-drama-psychological thriller. I have learned to do a lot with very little, setting up key circumstances to create the questions that keep viewers engaged, without having to utilize all of the frills of bigger budgeted movies, like car chases, explosions, and aliens invading Earth.

What sets me apart from most filmmakers is that I am designing movies specifically to be made at an extremely low cost, utilizing new technologies and engaging storylines to be able to do as much as possible with very little. Essentially, I am using my knowledge as a producer, and the knowledge of what is selling, what films are making, and key genres to work in in order to build a catalogue of films that are backward engineered using the resourced I have in order to make something special.

I believe a key component to my success along the way has been my ability to learn, grow, and adapt to new environments. Whether on set, facing the challenges of the day, or at my computer, facing the story challenges onscreen, scheduling, budgeting, wherever, I believe it is important to be open to new possibilities and solutions, wherever they come from.

Filmmaking is such a collaborative art, it is nearly impossible to know everything. I hope to work with as many talented writers, directors, actors, producers, filmmakers, crew and post-production people I can, so that I can continue to learn from them, and make each project even better than the last. If there is anything that I have learned in this business, it is that it is constantly evolving, and in order to stay in the game, you must be able to evolve as well.

If you had a friend visiting you, what are some of the local spots you’d want to take them around to?
Los Angeles is a cornucopia of experiences. Listing my favorite places is a little like choosing my favorite child: what mood am I in and who’s the easiest to deal with at the time?

I love craft beer, and LA is nothing if not a haven for fresh brew. If you like hazy IPA’s (like I do), then the first stop after LAX is Monkish Brewing, down in Torrence. They offer up the most delicious citrus pillow bombs you’ve ever tasted, and has been a staple in my life since 2015, when they first started making them. Or, if you’re looking for something more scenic, Highland Park Brewery has a great location in Chinatown, in DTLA where they offer a great selection of suds and eats.

If you love Nashville Hot Fried Chicken, you should probably go ahead and jump in line at Howlin’ Rays, also in DTLA, because if you don’t do it now, you’ll regret it the rest of the trip. Once satiated, head over to The Last Bookstore to check out one of the coolest bookstores you’ve ever been in, and feel free to peruse until your indigestion subsides. Then, it’s probably time to check out the concert schedule because somewhere, guaranteed, there is an exceptional live band you’ve been wanting to see but haven’t had a chance to yet. Whether you go to the Palladium or the Troubador, the Roxy or The Mint, there are dozens of intimate venues scattered across the city, and a great evening of live music awaits you right around the corner.

Love the movies? The Egyptian in Hollywood is one of my favorite places for specialty screenings! Or head to the Landmark or a Laemmle near you for one of the best movie-going experiences you can find! From a quaint selection of indie favorites, to guest filmmaker series & more, there are some great options for film lovers here in tinseltown.

Lastly, after you’ve finished your Burbank tour of the studios, head over to Basecamp, near the Griffith Park Equestrian center. From their delicious food to charcoal chai, you can’t miss at this hip little joint, nestled into the foothills of Griffith Park. Or, you can stop at the Handy Market and grab a sandwich from their world class meat counter and grab a top shelf beer from their rigorously curated craft beer section. This store is awarded yearly for their dedication to being the most amazing corner store grocery in the valley. Once you stop in, you’ll understand why. 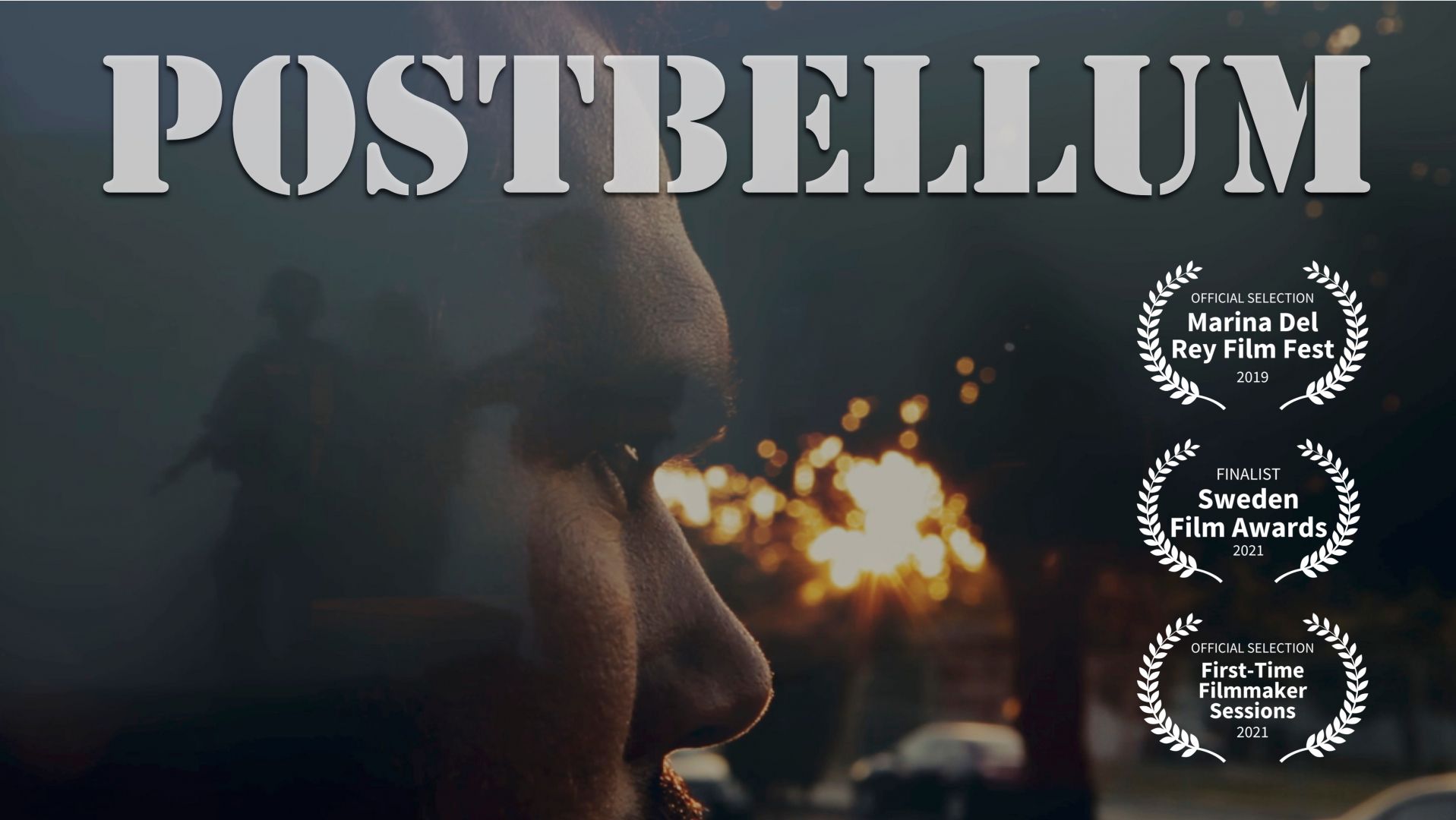 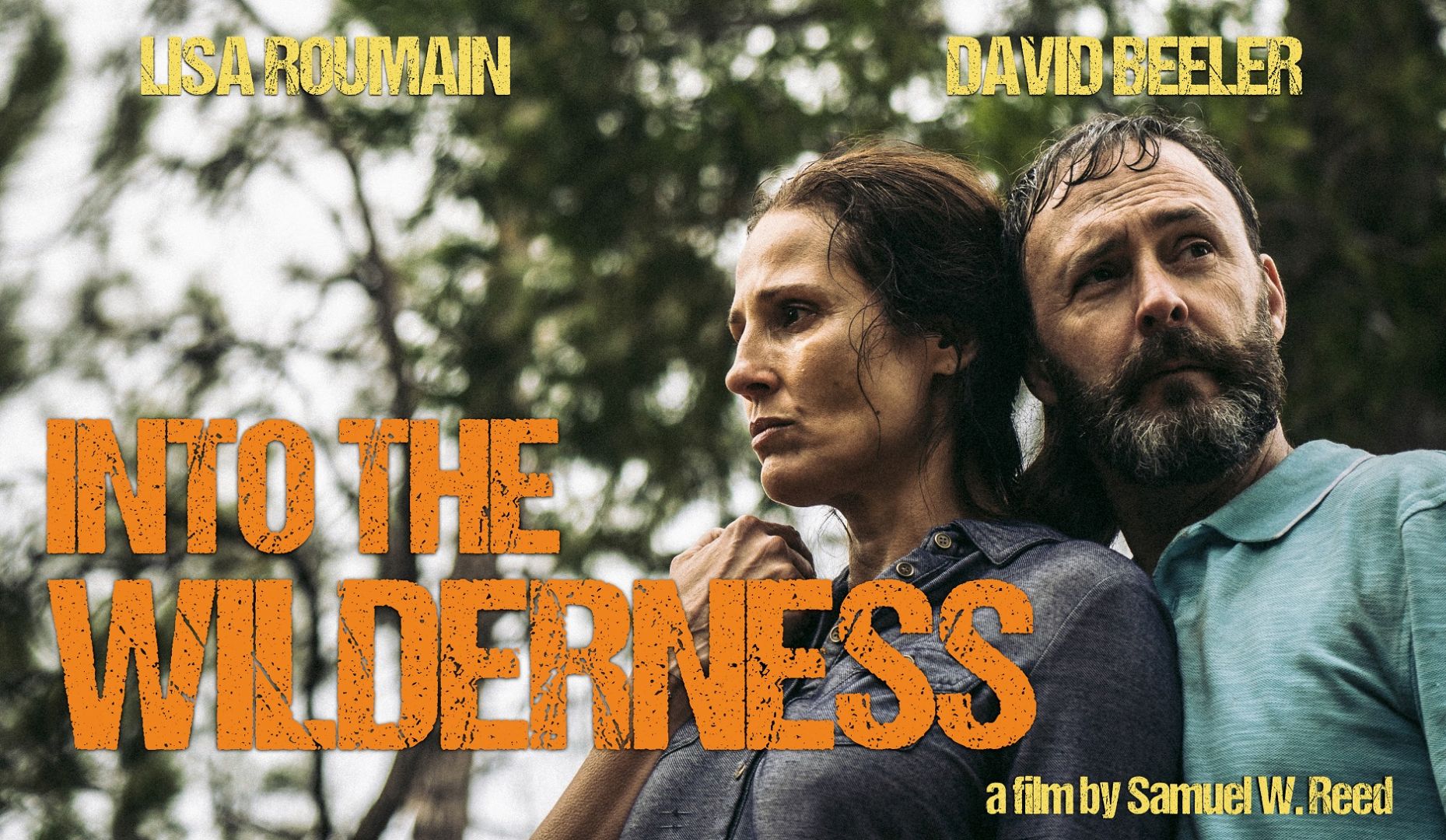 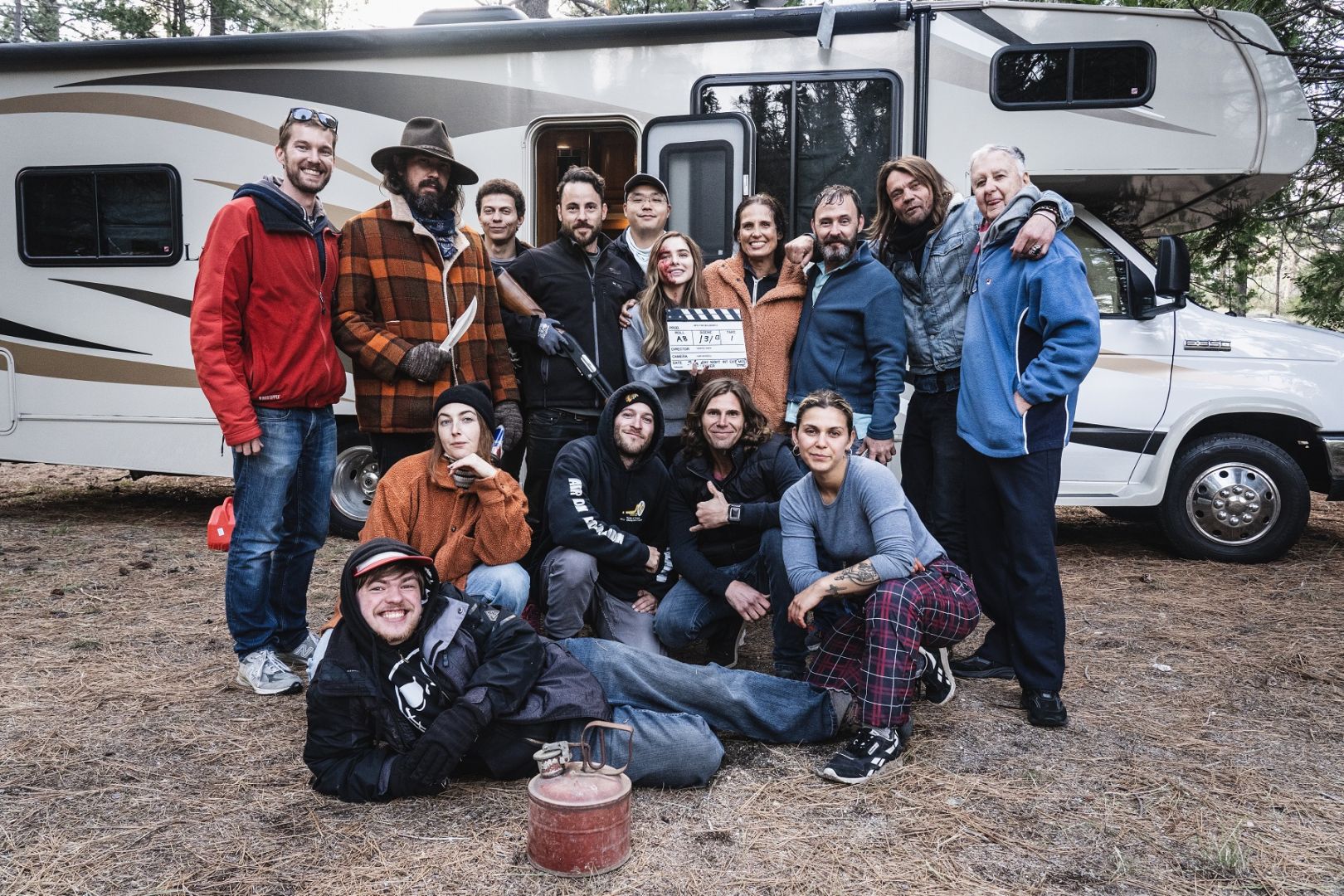 Who else deserves some credit and recognition?
I definitely would not be where I am without the immense support of Jenni Gold and Jeff Maynard at Gold Pictures, Inc. Jenni and Jeff were the first to take a chance on me when I moved from North Carolina to Los Angeles in 2007, in the middle of the WGA writers strike no less, when I didn’t know a single soul in town. At the time, they were looking for a lowly PA to help them out with a few projects they were involved in. I was fortunate enough to land that job… and I basically never left! I worked alongside Jenni and Jeff for the next 12 years, writing, producing, editing, and learning all of the tricks of the trade along the way.

What Jenni and Jeff did was bring me into a safe environment where I was able to learn, grow, experiment, practice, and refine a wide variety of skill sets, from screenwriting to producing, without the usual fears that accompany failure. Bringing me into a nurturing yet challenging environment where I often learned as much from trial-by-fire as mentorship, I was able to build upon a growing number of skills in order to make me a more well rounded artist, film producer, and businessman. After working with them for nearly a decade, I knew that I had gained the skills necessary in order to take on my true passion: going out on my own to make my very own feature film. It was at that moment Reed Films was born, and I have been working to develop, produce, and distribute quality content ever since.