We had the good fortune of connecting with Savannah Wheeler and we’ve shared our conversation below.

Hi Savannah, how has your work-life balance changed over time?

I am a film composer and songwriter. I will never cease to be taken by the wonder of writing music. A musical idea can sprout at any moment – in dreams, while on a walk, in the shower, in my daily writing, etc. It will disappear if I don’t take a moment to write it down, yet a new idea will always show up – sometimes better, sometimes not.

With film, there are clear deadlines. I throw myself into the project, and most times I am racing against the clock so life things fall to the sidelines. With songwriting, it depends on if it’s for me or for a client. If it’s for me I give myself time, but if it’s for a client, I sacrifice to meet their deadline.

It also depends on where I’m writing, recording, and mixing. At my home studio I’m able to have a better balance, but if I’m going into another studio to record or mix, then my balance is often off. I think this is why we often become close with those we work with. While our other friends are at a celebratory dinner, we are in the studio, getting that ‘one-more-take’.

Finding a work-life balance will be a life-long exploration for me. I think the more work I do, the better I’ll get at finding a balance. Though sometimes my film composer friends tell me the opposite! 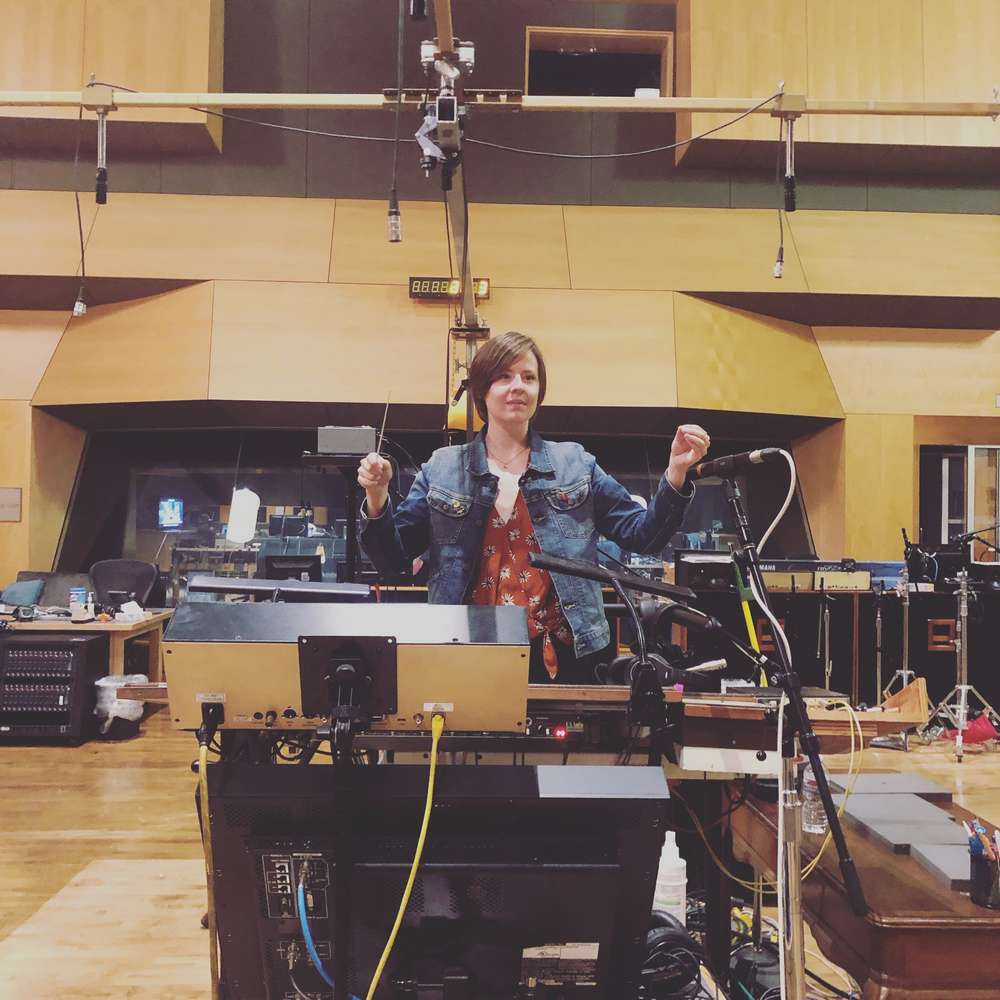 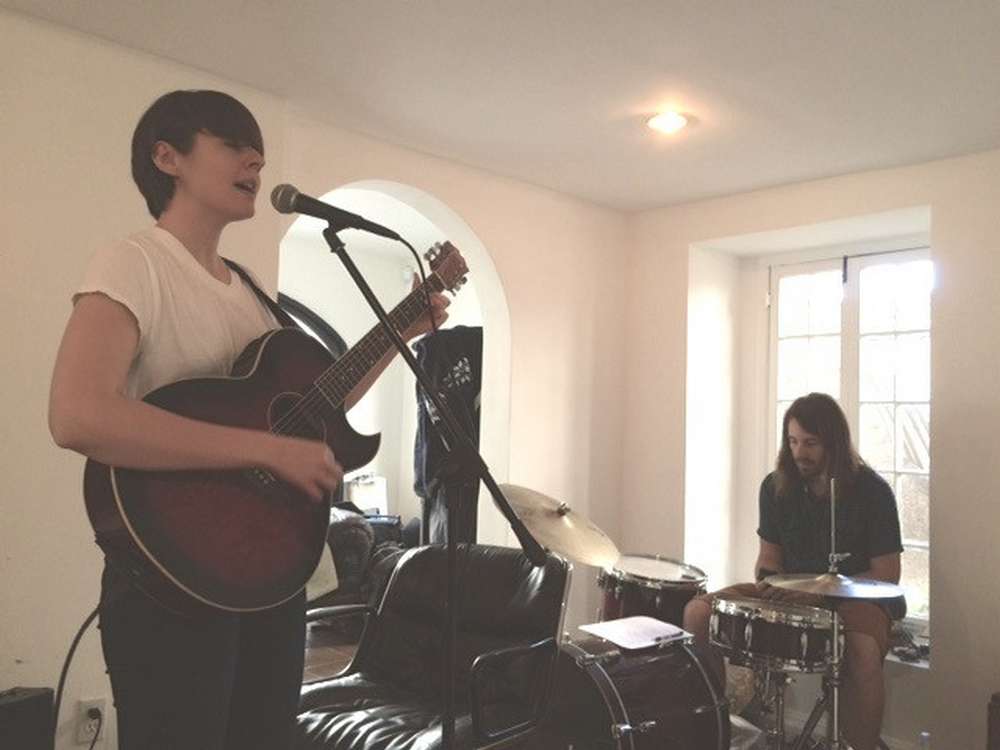 I started out in a small town in Minnesota, taking many music lessons and joining every music group possible. My teachers were all so incredibly encouraging, and yet I didn’t know what I wanted to do with my life. After getting a degree in Psychology from a small private school in Nebraska, I moved to Minneapolis and worked with kids with autism and adults with disabilities. And then I joined a band. We played every venue in town before I moved to Los Angeles. In LA my band went on tour with the Smashing Pumpkins, and then I parted from them shortly after. When I hit 30 I was working at restaurants and thought to myself, ‘What the hell am I doing with my life?’. It felt like most of my successes came because I floated into them. And I needed a plan.

I am a dreamer. My head is often in the clouds. Even though I felt like I was floating, music was a constant.I had been writing songs for a long time. I successfully spearheaded a Kickstarter Campaign in 2015 and released my first solo album, ‘Annie’s Dream’, in 2016. Shortly after, my friend Kaitlin asked me to score her first short film. I was delighted! Since then I’ve scored a handful of films, written songs for media, and worked in the music department on some studio films (‘Stan & Ollie’, ‘Downsizing’). I was mentored by jazz trumpeter Carl Protho, and currently work as an assistant to Hollywood film composer Rolfe Kent. I’m in the middle of taking courses through Berklee Online to expand my knowledge of writing for a full orchestra. My goal is to continue down this path of writing songs and composing for film. After every project I get that much more confident that I can do this. 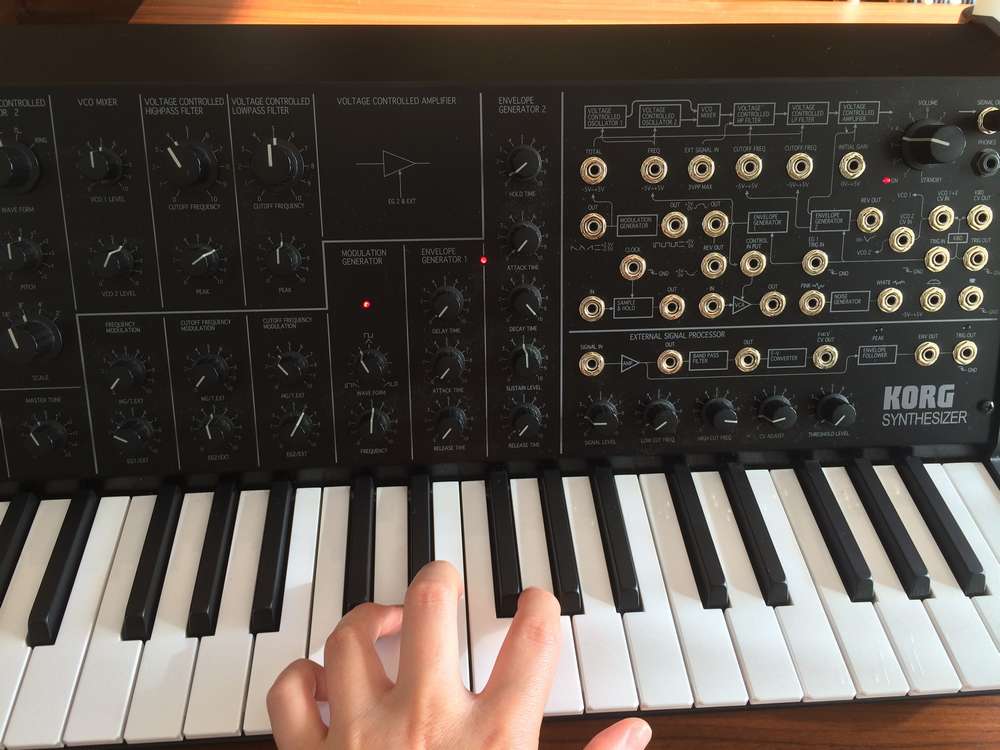 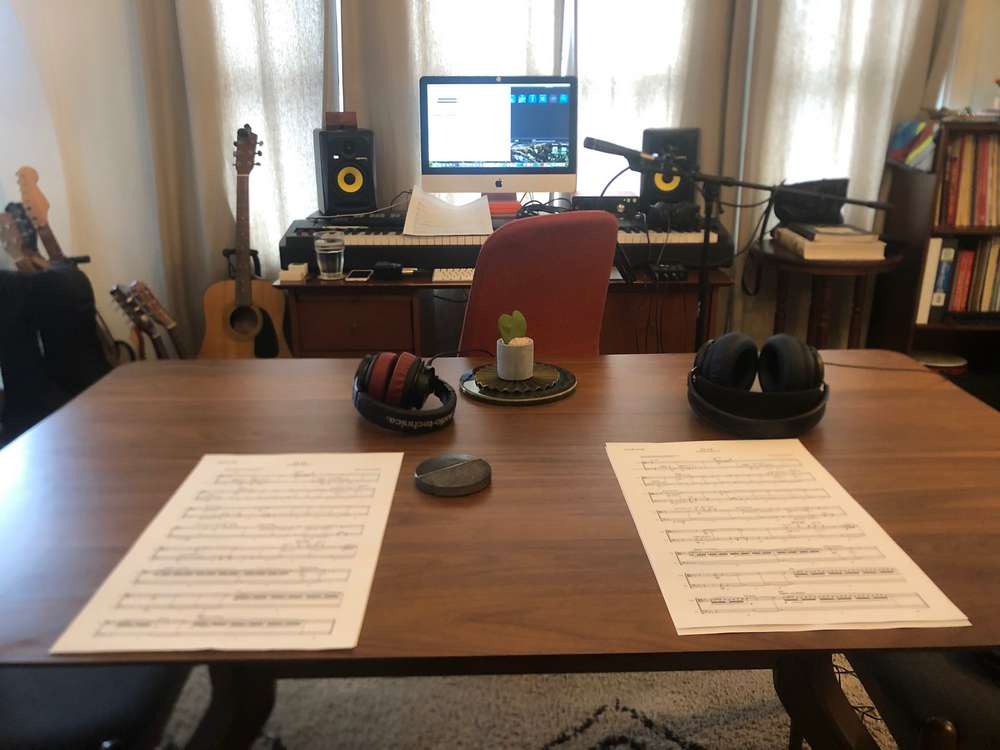 Just like many other people who live in Los Angeles, I feel so lucky to have mountains AND ocean. We have some of the best restaurants in the world, and some of the most spectacular live experiences running. I’d plan some combination of the following — 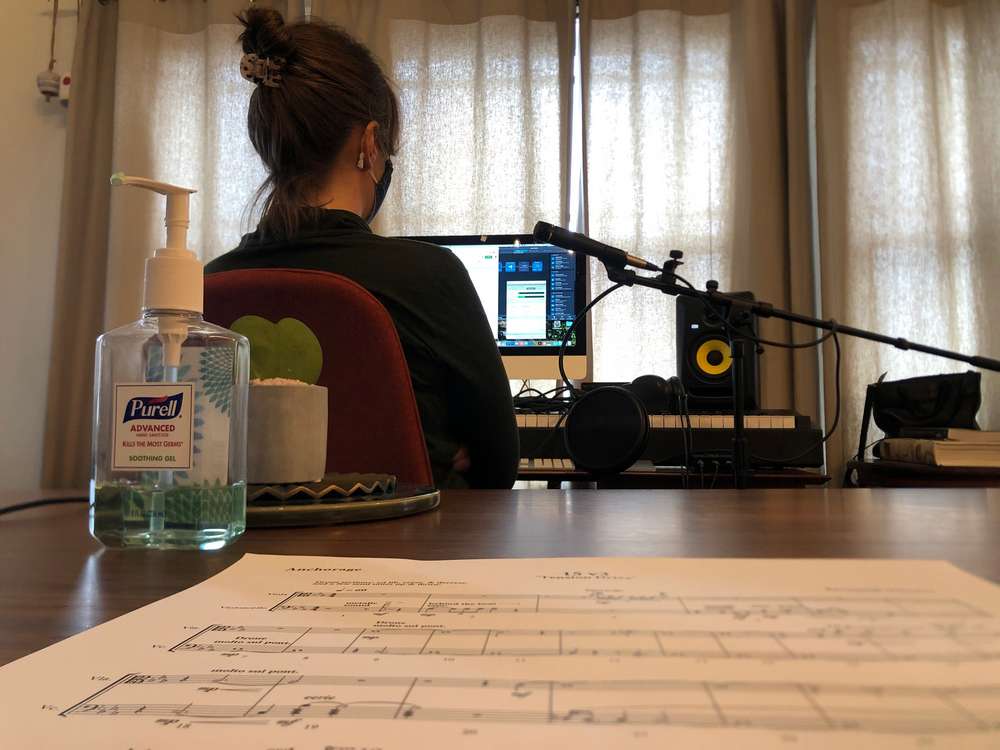 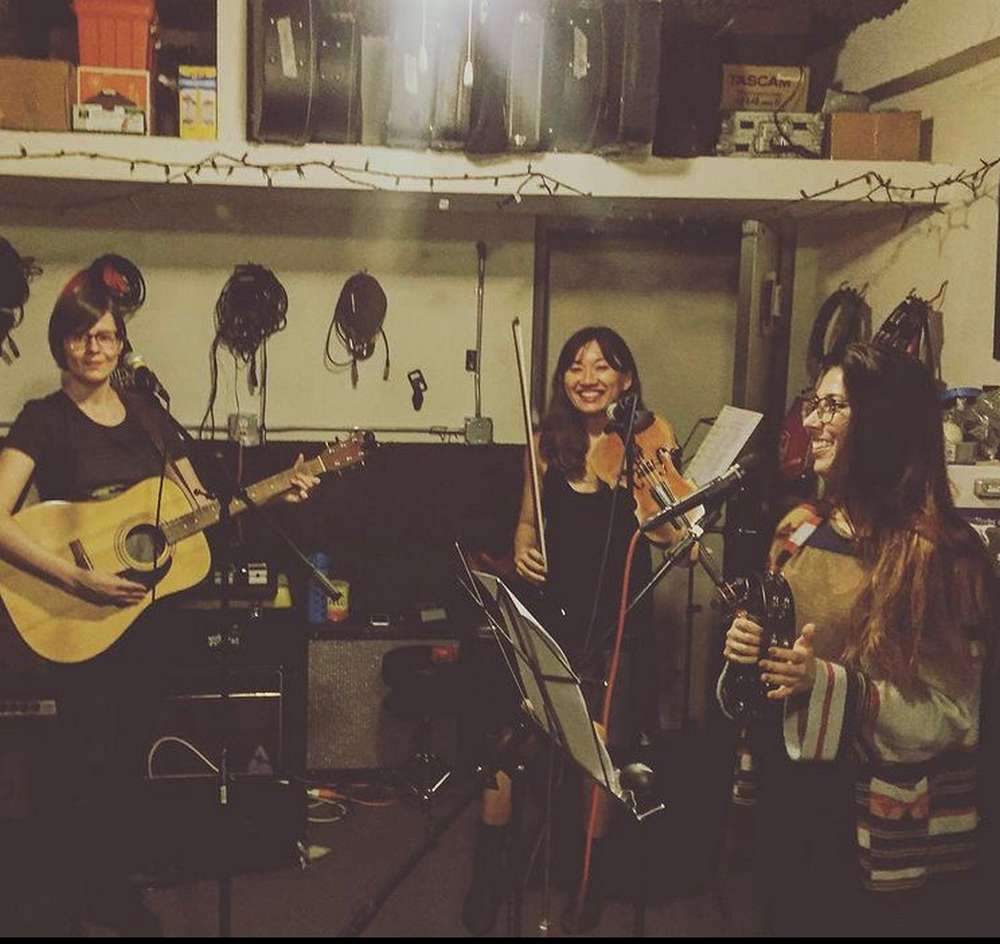 First off, I’d like to thank both Alex Wilson, who reached out to me, and Scott Monahan, who recommended me for this series. Scott hired me last summer to score my first feature film, ‘Anchorage’, which happens to be his directorial debut, and for which I’m eternally grateful. I think we both grew beyond our wildest dreams during that film. It premiered at the Stony Brook Film Festival earlier this month, and won the coveted ‘Grand Prize’. Keep your eyes peeled for it’s release!

Scott, and also Kaitlin Owens (director of the first film I ever scored, thanks Kaitlin!), came from my days working at a restaurant. A special bond is created when you work at a restaurant – there is no hiding who you really are. All my restaurant people know what I mean! Some of the people I met there are still my closest friends.

I’m forever grateful to my partner, David Greening, who gives me endless amounts of support, love, and encouragement. He is a true gem, and all of his friends can attest to it.

I’d also like to thank my boss, Rolfe Kent, who has given me incredible opportunities and mentorship over the last 5 years. He taught me I have to put the hours in if I want to create something wonderful, and to never present something before it’s ready, among many other things. 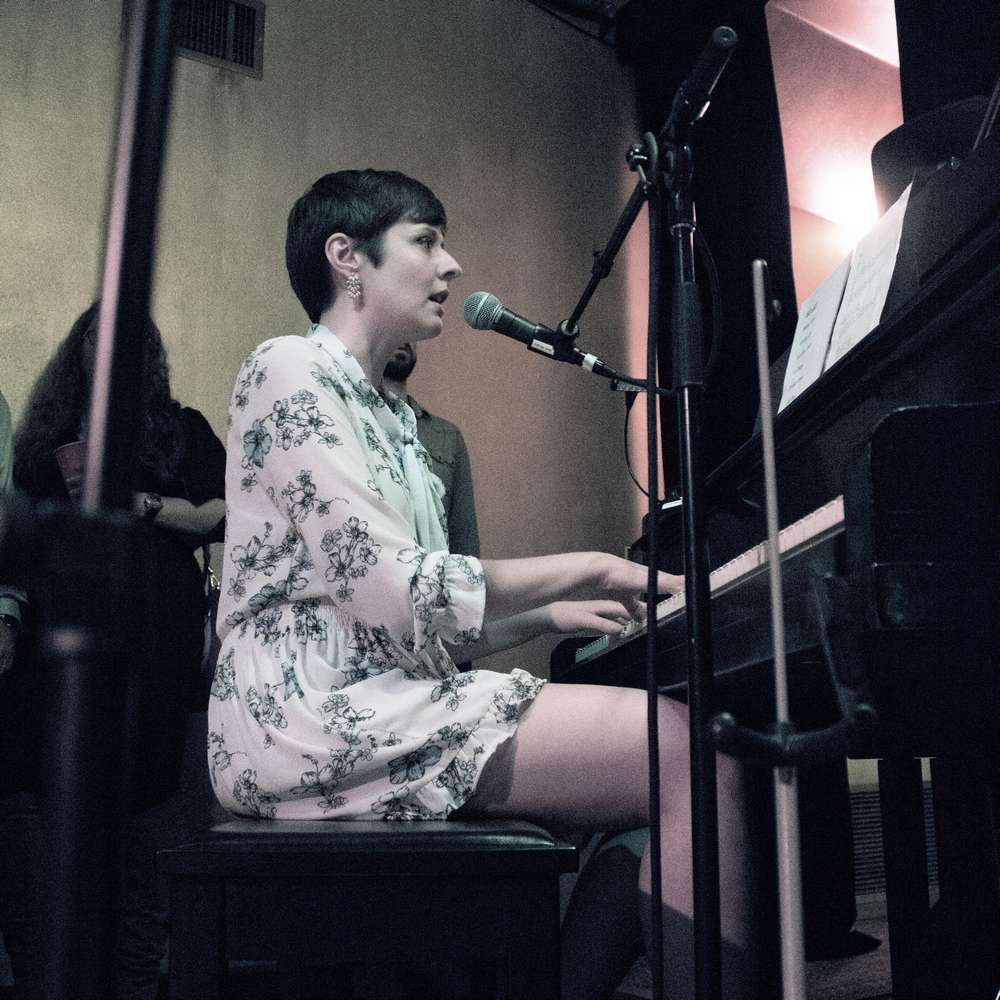 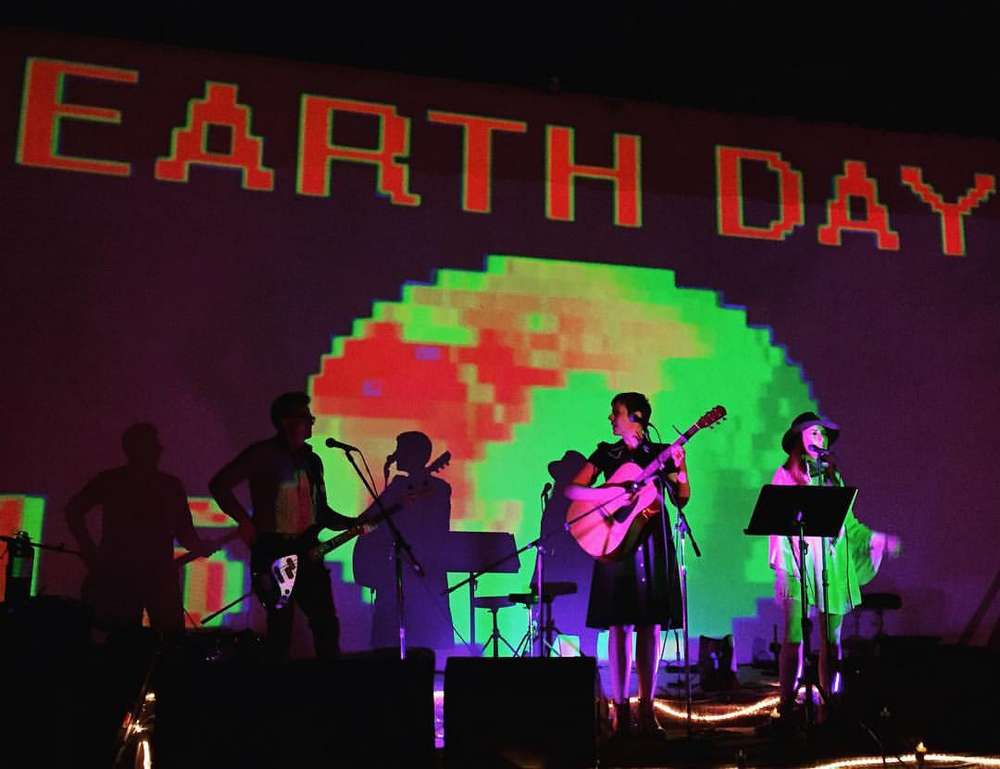