We had the good fortune of connecting with Scott Felix and we’ve shared our conversation below.

Hi Scott, what principle do you value most?
The answer to this question will be changing for the rest of my life, but as of right now creatively speaking, it’s about the merit of filmmaking. I’m only 27, but my entire adult life has been dedicated to telling stories and now more than ever, there seems to be a turning point. Granted I didn’t go to film school. Everything that I’ve learned for the most part has been self taught, so take my opinion with a grain of salt. I feel like using the word cinema nowadays is a bit pretentious, but I could argue that it needs to be used now more than ever. It places the art of film on a pedestal that it deserves to be on. If we can agree that movies are an art form, then comparing it to others like paintings, music, and poetry, it’s clear that the art of film is still young. And just like the ages of painting, film will go through its own stages. The reason why my answer is the merit of filmmaking, is because of the age of content we find ourselves in. It’s all about algorithms, social media, and an abundance of options. I spend more time looking for things to watch rather than actually watching anything. Granted it’s the best time in history for filmmakers to tell their stories thanks to the resources we all possess, but that also comes with a responsibility. It feels like there’s something new to watch every day and unfortunately we’ve become desensitized to the word ‘film’ thanks to the word ‘content’. There are trailers for films that within a few seconds of watching, I can see it was created based on a film company telling writers about a marketing idea they had, compared to writers telling film companies about a story they have and asking them to help make it. It’s become an era of passable films. Something I don’t have any interest of taking part in. I see some of my peers insert themselves in the rat race of cleverness hoping to climb the commercial food chain. Though I cannot knock their hustle at all, to me that feels exhausting and most importantly inauthentic. If we try to model our creativity based off of data and subscriptions how are we as this generation going to push film forward? I strive to surround myself with artists that want to share a piece of themselves and take chances in storytelling. Not worrying about playing it safe and fitting into the algorithm of what sells, but focusing on what are we trying to say. When an audience watches our work, it’s as if we are taking a rib from our ribcage and offering it to them as a gesture of goodwill. That we’re in this together. And hopefully in the end, it connects us as all great art does. That’s what Sunflower Pictures is about. Before I get carried away with analogies, the main point that I’m making here, is that cinema as an art form is constantly recreating itself. And with that being the case, we as a new generation of filmmakers find ourselves in the drivers seat of where we want to take it. Now more than ever, people of all backgrounds have the power to tell stories that have never been explored in the 120 plus years of movies. Just as the filmmakers of old shaped their generation of what cinema could be, we have that same opportunity now and it’s more accessible than ever. Hopefully we utilize that and tell our grandkids about how we put our fingerprints on what cinema has become. Some will lean on the side of content while others lean on the side of originality. I’m grateful that our team at Sunflower Pictures knows what’s at stake. 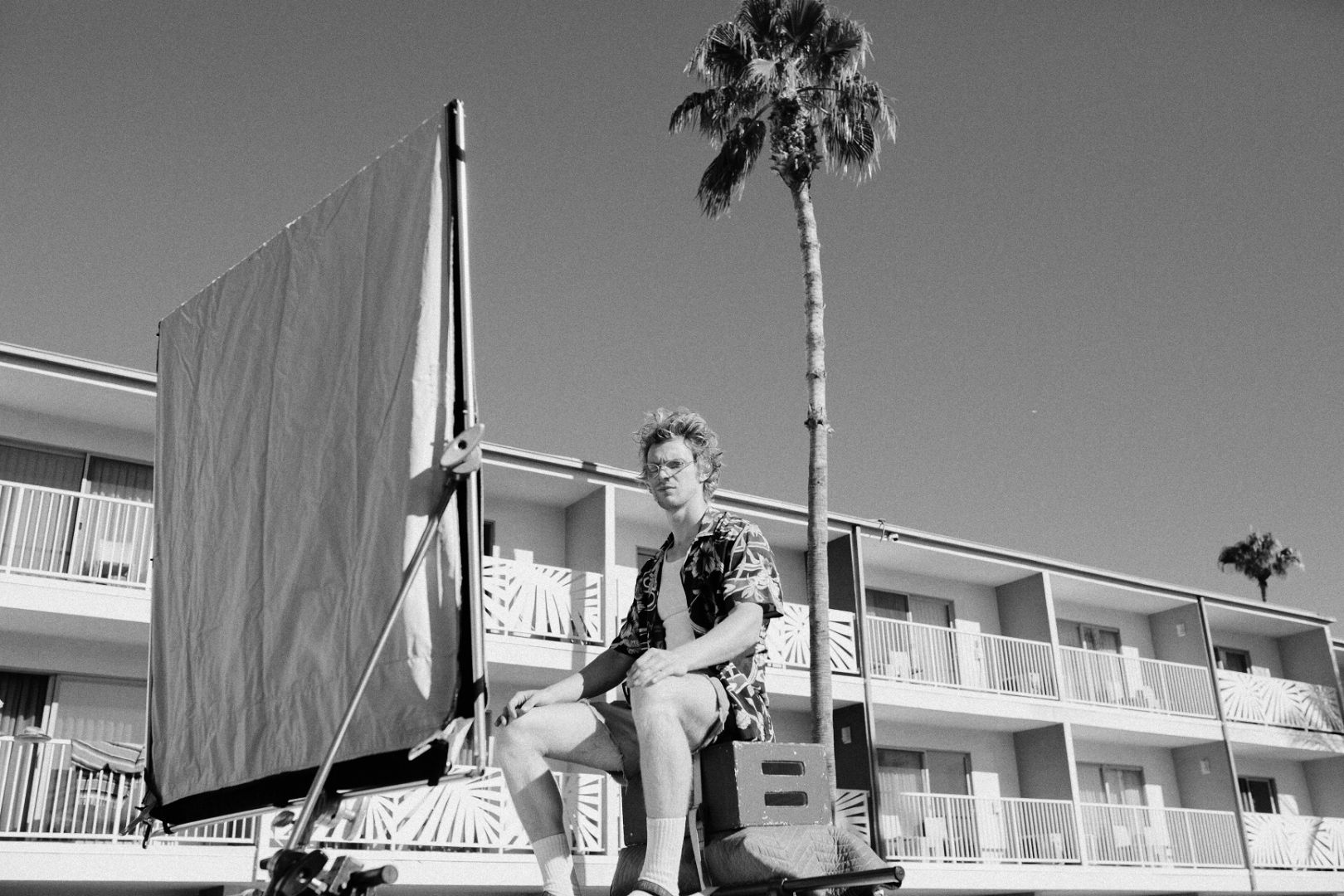 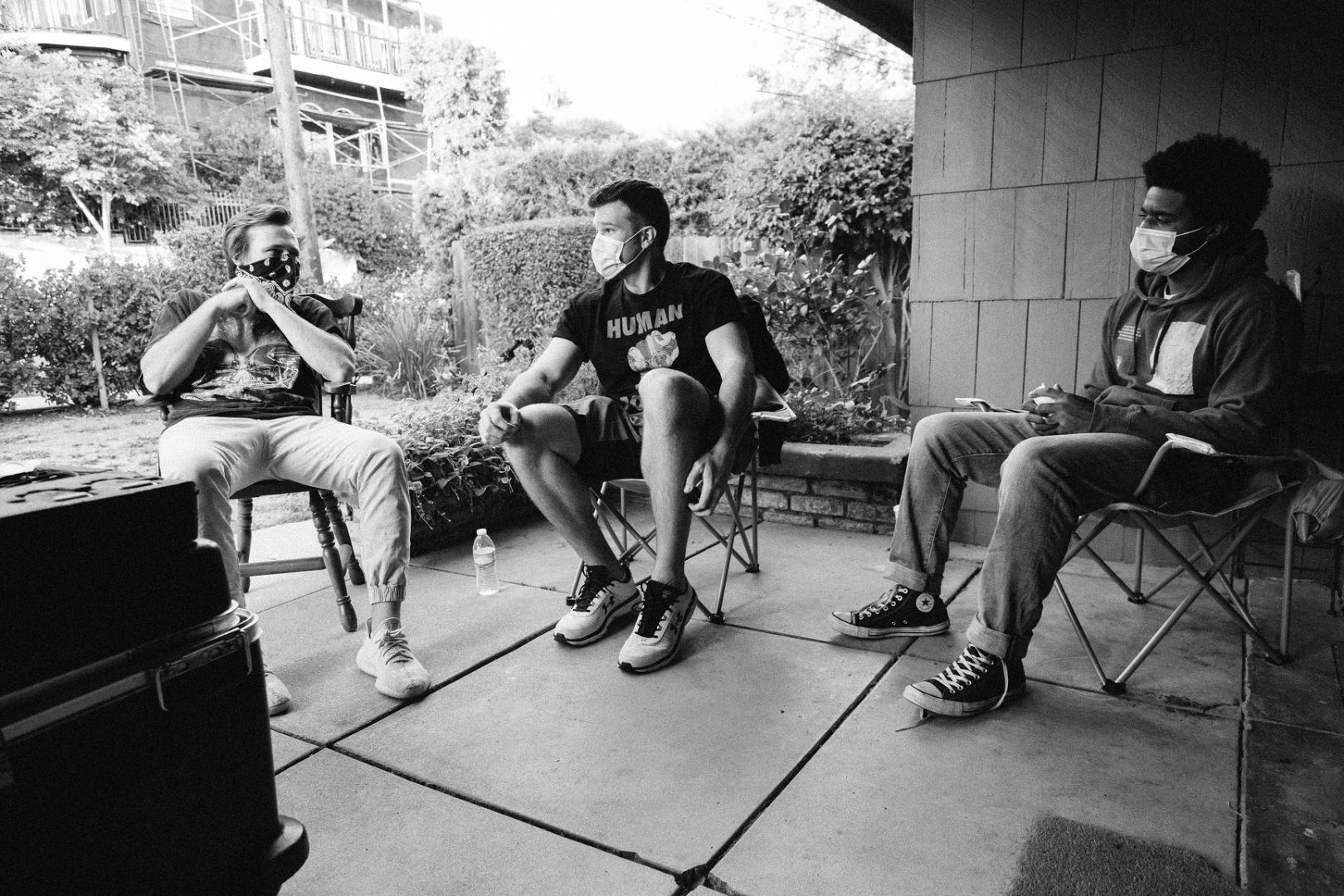 Let’s talk shop? Tell us more about your career, what can you share with our community?
Hopefully our work at Sunflower Pictures speaks for itself, but to briefly touch on it, we depict the world with a strangeness that forces the viewer to see the familiar with alien eyes. Every element of the story is equally important and we treat it as such by utilizing sound, lighting, color, and framing. But provoking the senses accomplishes nothing if we aren’t connected to the poetry of our culture. Being in touch with that is most important.

I’m grateful to call Sunflower Pictures a home for my creative work, but the art of film is accomplished because of a team and ours has been handpicked.
Our Director of Photography Cory Gehr, has a unique sensibility in capturing the essence of the scene. From our first project together, we were in harmony as Director and DP. We’ve built a strong language with each other that gives me ultimate confidence in each project we do.

Cyrus Hobbi, one of our main producers, is a jack of all trades and has a creative IQ second to none. We went to USC together and have been developing this kind of work for many years.

The crew that we have brought together is so versatile and offers many years of experience. Having people like them around makes you feel unstoppable on set.

The actors on our roster are… about that business to put it plain and simple. I can present them a newly written script and upon the first reading, they take ownership of it. As for myself, I simply enjoy storytelling. It’s not about flexing, it’s not about being clever, it’s about poetry and asking questions.

If you had a friend visiting you, what are some of the local spots you’d want to take them around to?
Well Los Angeles has a lot of places to go, but the number one spot is McLay’s in Manhattan Beach. And if you don’t know now you know! 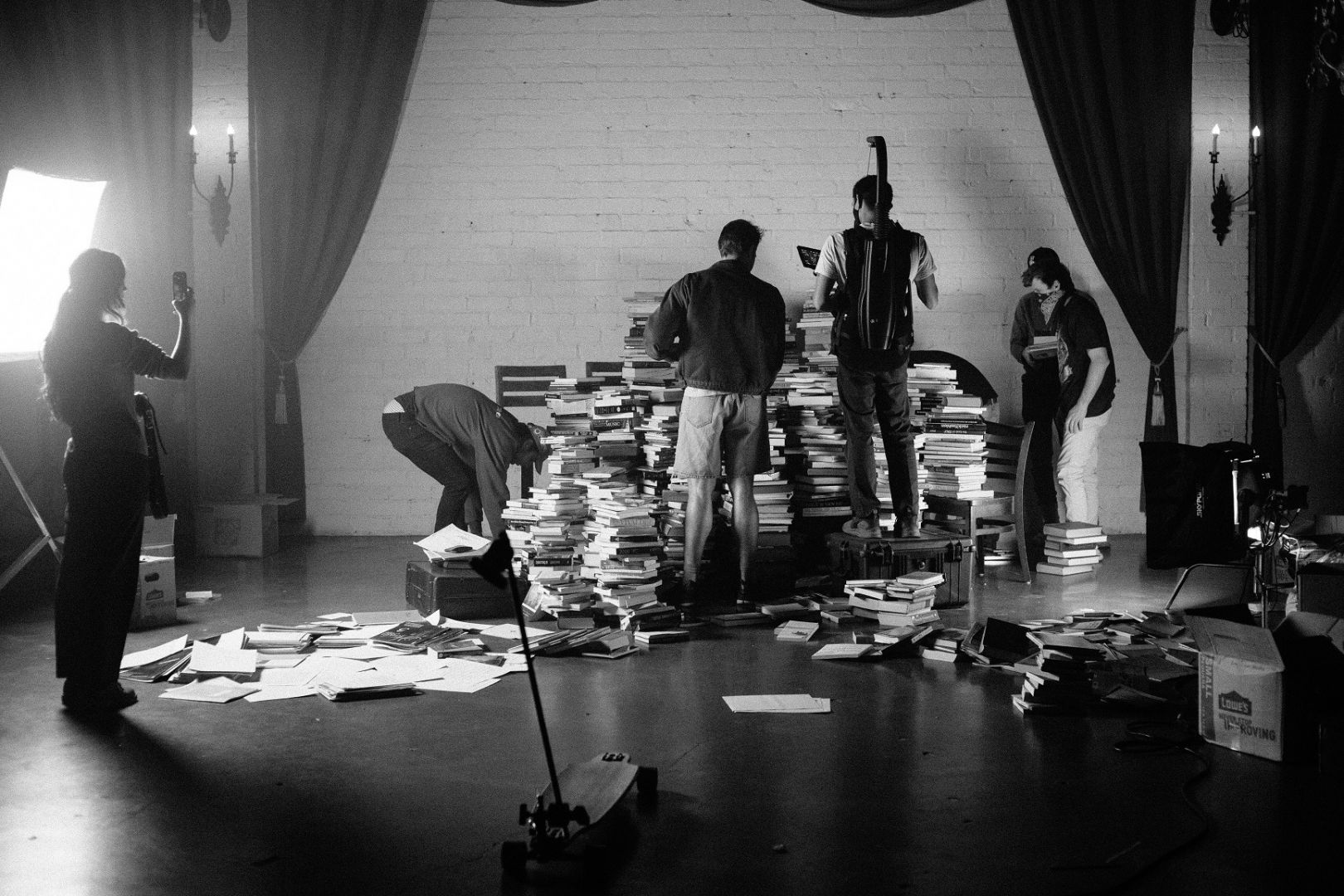 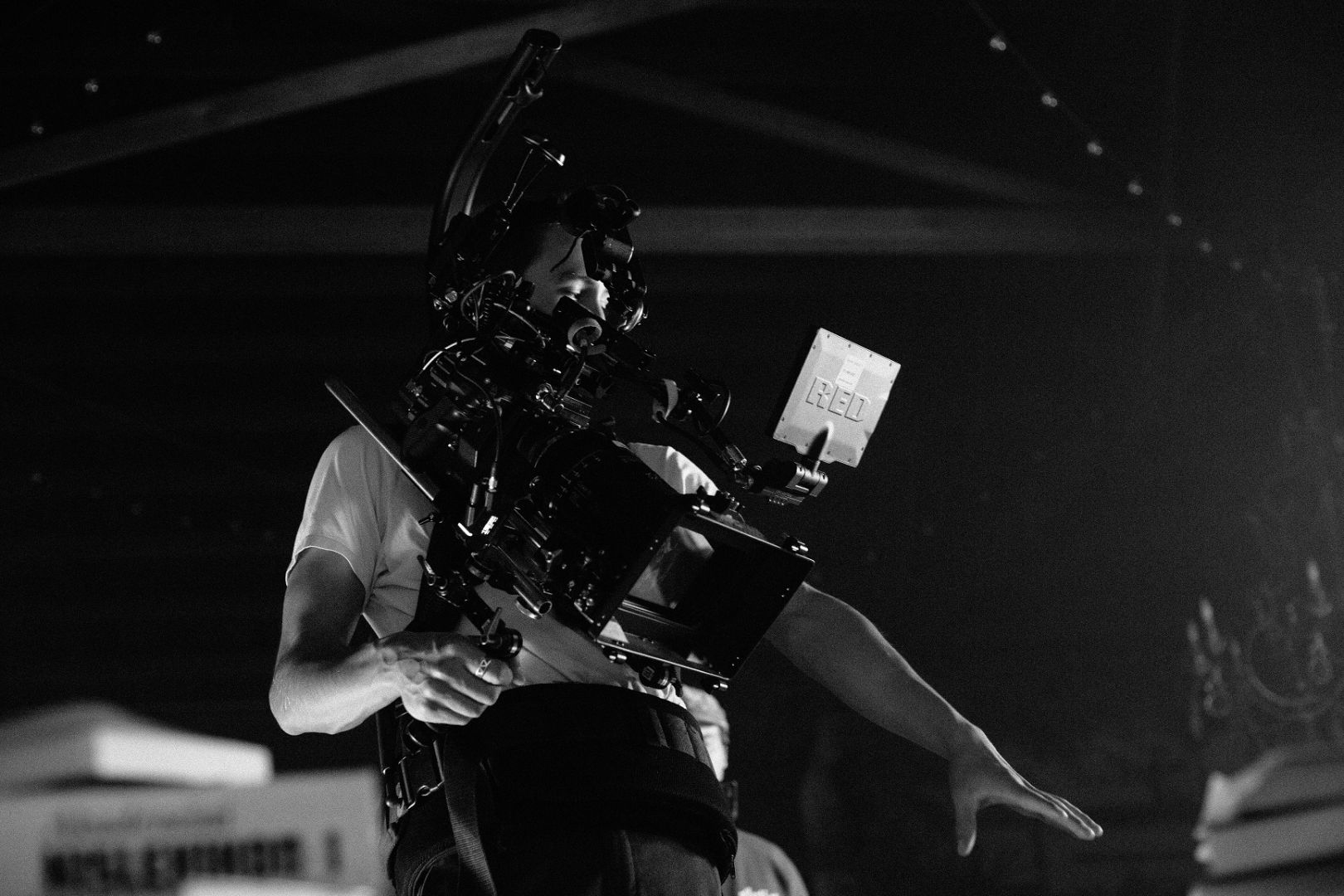 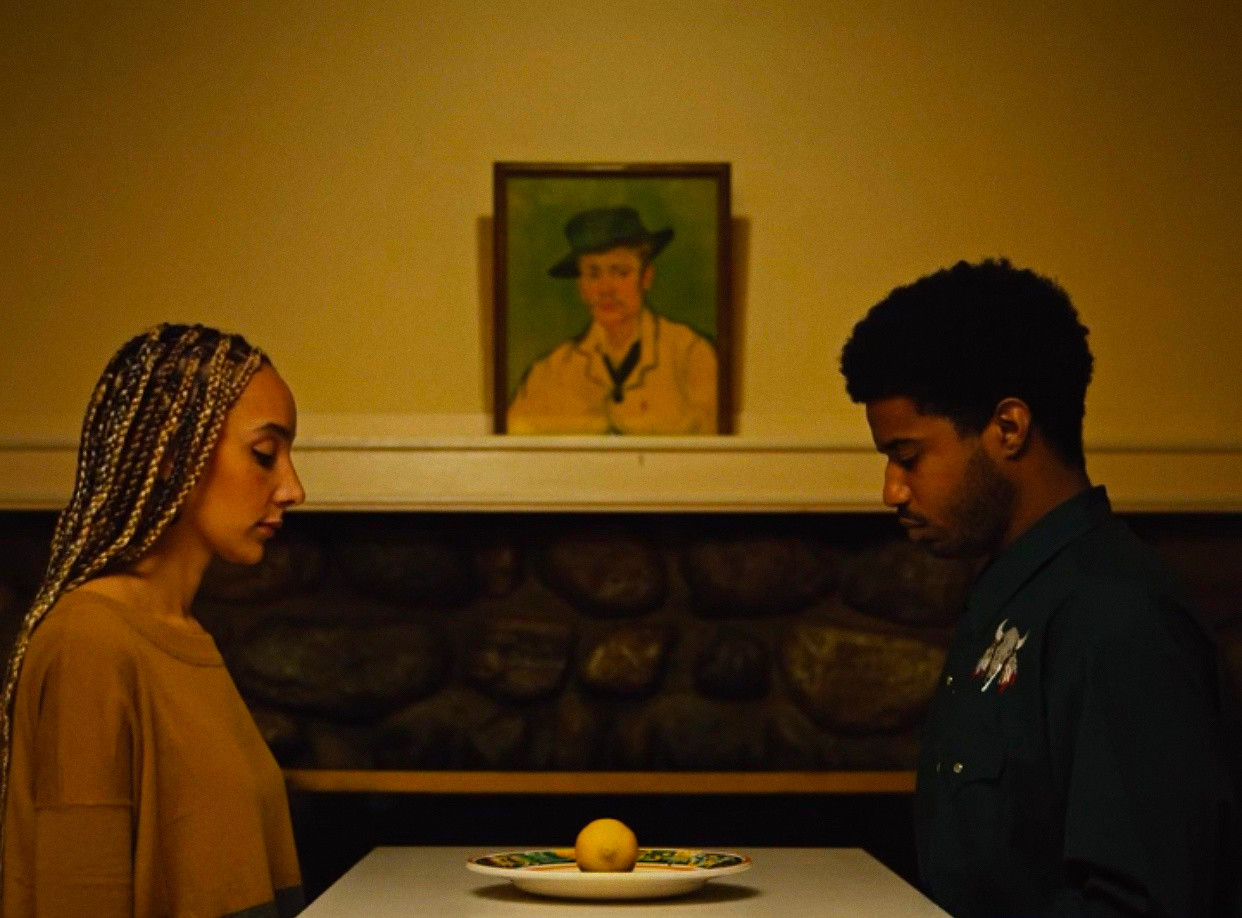 The Shoutout series is all about recognizing that our success and where we are in life is at least somewhat thanks to the efforts, support, mentorship, love and encouragement of others. So is there someone that you want to dedicate your shoutout to?
I’m not sure if I fit the definition of success, but I am proud of what our team has created so far. Without them and the people that have put their fingerprints on my life, I’m not sure any of this would be happening. Number one is my family. They instilled a fairytale-like hope in me that made me mad enough to pursue the art of storytelling. And as for other names there are a lot. Leonard Williams, Derek McLay, Cyrus Hobbi, Cory Gehr, Shia, and Professor Hacker just to name a few.