We had the good fortune of connecting with Scott J. Ramsey and we’ve shared our conversation below.

Hi Scott J., alright, let’s jump in with a deep one – what’s you’re definition for success?
I define success as feeling limitless. 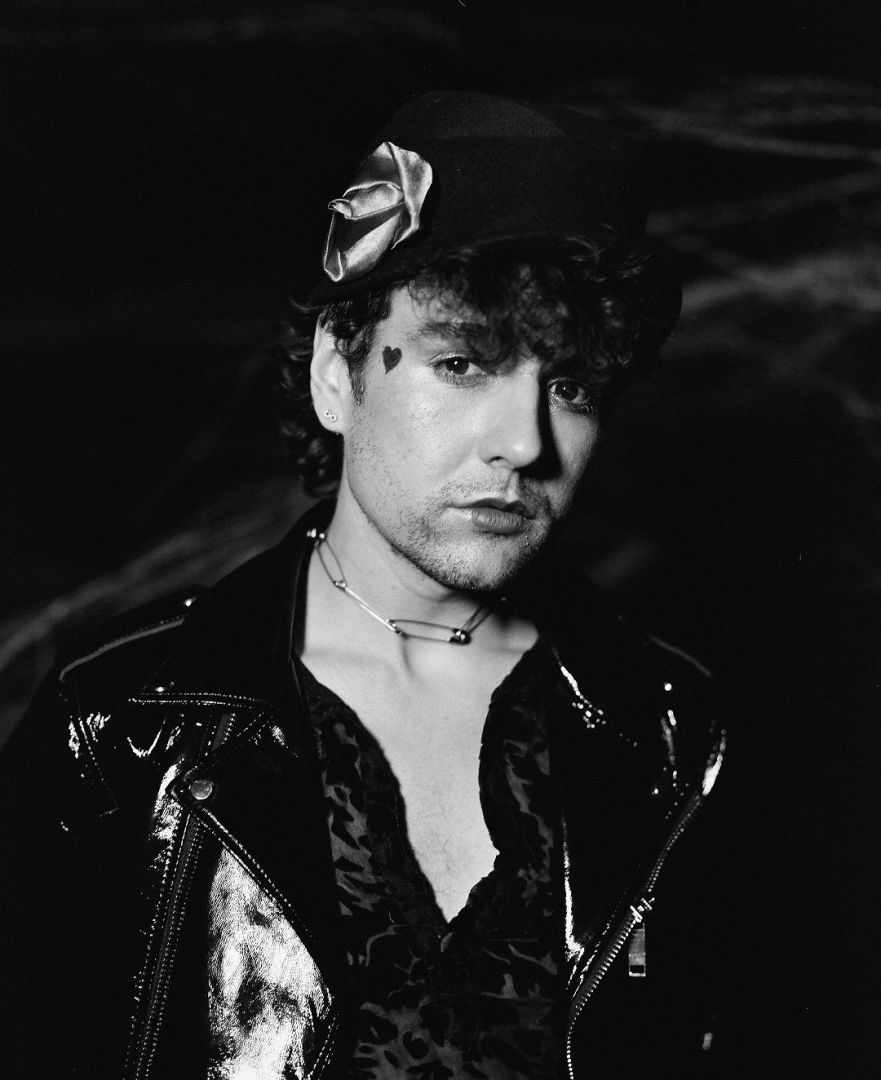 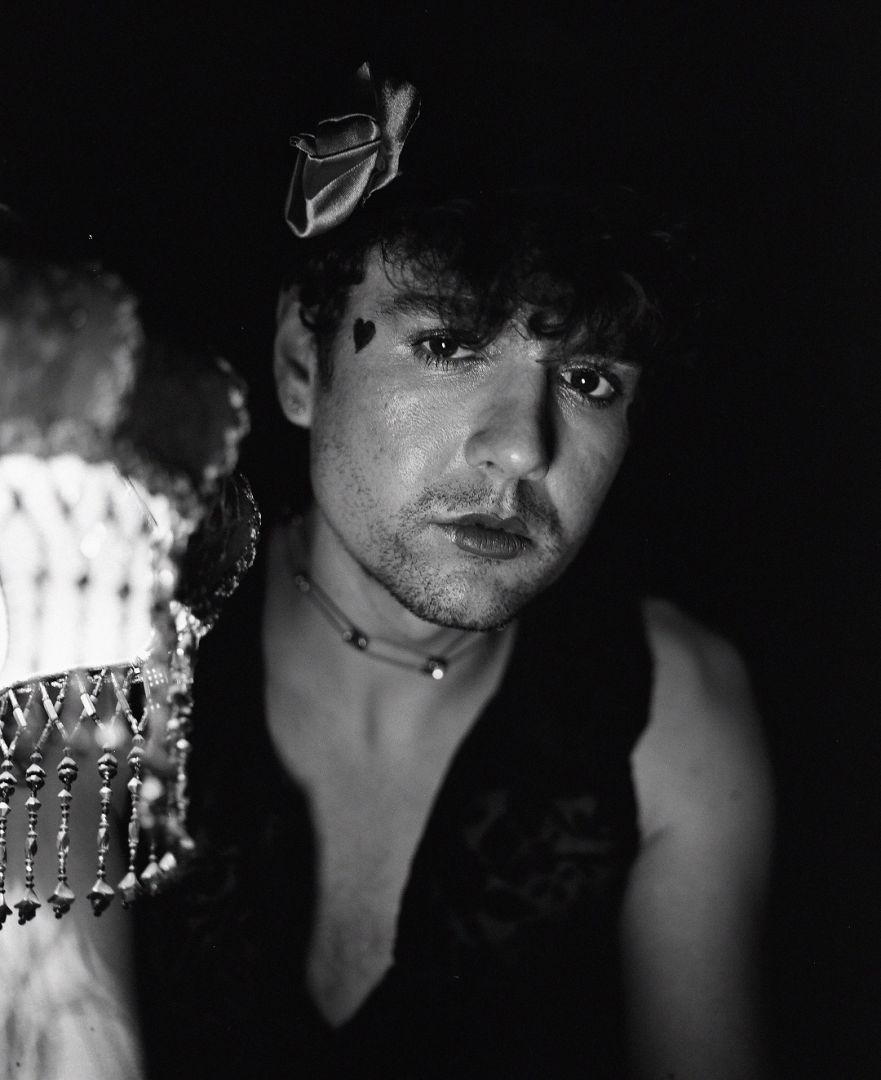 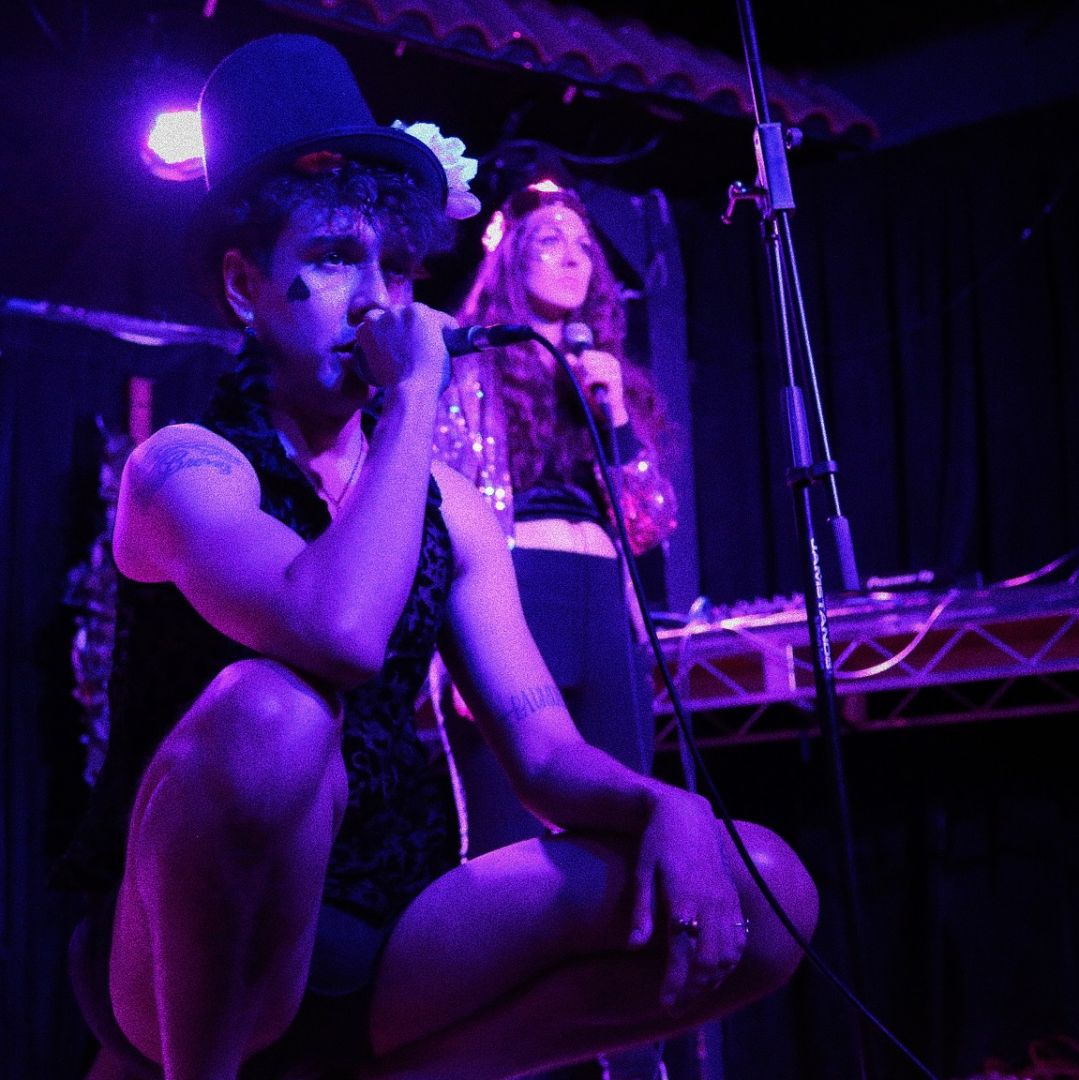 Let’s talk shop? Tell us more about your career, what can you share with our community?
My name is Scott – I’m a filmmaker, writer, and musician. I started writing stories when I was a little kid, and making movies since I was in junior high school. When I graduated San Francisco State University as a Cinema Major in May 2015, I was living with two of my creative partners, Hannah Katherine Jost and Kevin De Nicolo, with whom I had worked on many short films while we were in college. At the time, the three of us were working for different service apps while working on various creative projects and trying to decide our next move. That Summer, I had the story idea for what would become our movie, “X”.

I really didn’t want to wait for some man in a tower to give me permission to make a feature film – so I decided to pitch to Hannah to be a Producer and write the script with me, and to Kevin to be a Producer and make music for the film. Hannah had the idea for us to tell the film in five act structure, like a Shakespearean tragedy. Meanwhile, Kevin and I had been wanting to collaborate musically for a long time, and we decided right from the beginning that the music of “X” would exist as its own finished piece – not just a musical score, but a full body of work.

Making a movie, it’s no secret, takes a lot of money. Kevin’s parents had invested in the Thesis films of some of the students at our school, including ours. We decided to pitch to them to help us finance our movie. Miraculously, they believed in us and our vision, and agreed to help us finance the film for a starting budget of $30,000. And so we embarked upon the journey of creating a feature film with no industry contacts, and a crew made up entirely of rookies.

The majority of the movie was shot on location in Big Sur, CA at the cliffside house of our incredibly generous Executive Producer, Susan De Nicolo. Much of the house is see through, so most shoots took place at night. Production was like summer camp for the cast and crew, who would cook, go jogging, and relax on the beach, while the other producers and I would huddle and try to solve crises. It was like being in a constant state of panic in the most beautiful, comfortable house in the world. One of our saving graces was our cinematographer, Chantel Beam, who shot the entire movie handheld as her own camera operator. Chantel has a deft, effortless cinematographic style and everything she lenses always looked painterly and beautiful, so I was able to trust her to be my eyes so I could focus on telling the story.

Meanwhile, our cast led by Hope Raymond, with whom we also went to college, was endlessly committed to bringing these very heightened characters to life with a natural charm. Not even ten seconds into Hope’s audition, we knew she was the perfect choice to play Christian. Post production of the movie took three and a half years, during which we had to re-record the entire soundscape of the film from scratch, due to the constant roar of waves, the noise of the camera, and the muffling of masks. Lien Do and Matthew Pereira did all of the jobs of an entire Post Production sound team themselves. Lien went on to collaborate with Kevin on composing the film’s luscious and rich score.

Meanwhile, Kevin and I started making original pop songs for the soundtrack. For one of the montages in the film, the main protagonist Christian is hunting down and seducing guests to invite to her masked balls. Hannah suggested I perform vocals for the background track, which was a goth pop New Wave inspired song called “Knave”, for which I’d written lyrics in Polari, the underground British language gay men used to cruise in the 19th century. Kevin and I had so much fun making “Knave” that we made several other songs, and ended up recording an entire album of material separate from the score. We christened our music act The Major Arcana after one of the decks of Tarot, and our first album At the Devil’s Ball was released alongside the film on all music platforms.

So after five years of blood, sweat, and rose petals, we’ve not only come away with our feature film completed and distributed by Cinedigm, but also our album At the Devil’s Ball, and three music videos to songs from the score that are short films in their own right, which I like to describe as fever dreams that remix imagery and themes from the movie into surreal modern fairy tales. Both our movie “X” and the three music videos went to film festivals around the world – the music videos can be found on our YouTube channel, and the film is now available to watch on all transactional platforms.

Our goal, moving into the future, is to continue to create transmedia story experiences, like “X” is, that tell stories through concurrent media: films, music, music videos, etc. But most importantly, my mission is to make work that is transgressive and constantly questioning the status quo. I find the concept of “normal” to be menacing. So I always aim to comfort the disturbed and disturb the comfortable. My dream is to, in my little way, attempt to suffocate old bigotries and stigmas.

Any places to eat or things to do that you can share with our readers? If they have a friend visiting town, what are some spots they could take them to?
First I would tell them to go to the Iliad Bookshop, which is a Labyrinthine little book store in the NoHo Arts District that has all kinds of rare gems, and within which I could spend hours. Then I would tell them to walk a few blocks to read whatever they picked up at Republic of Pie, because they’d likely run into me there enjoying a quiche surrounded by live music and books! They mustn’t stay too long to chat because I’m rather anti social, but there would be myriad local playhouses and comedy houses on that very block for some delightful local theater or jokes. The show they might see would very likely feature a few of my friends! 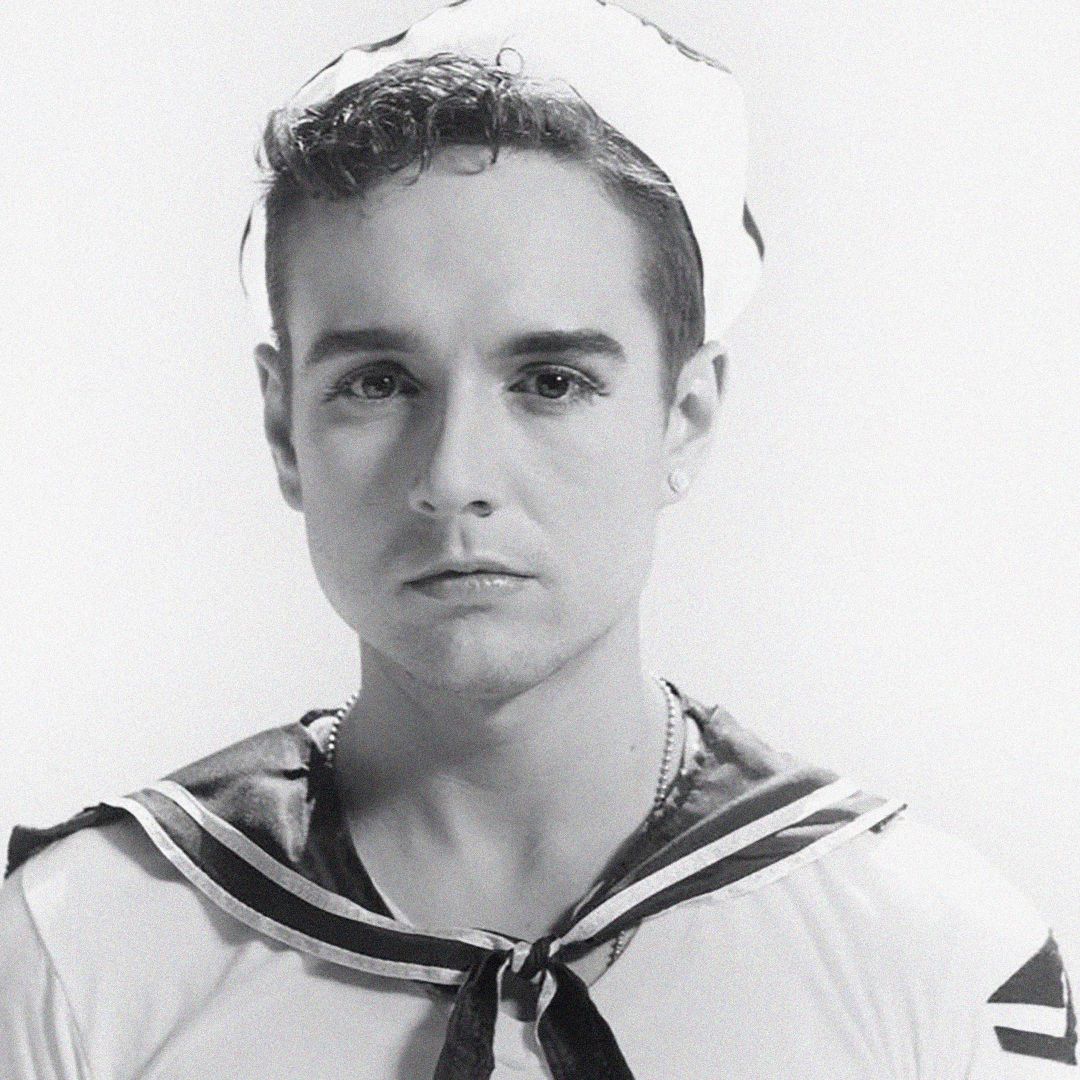 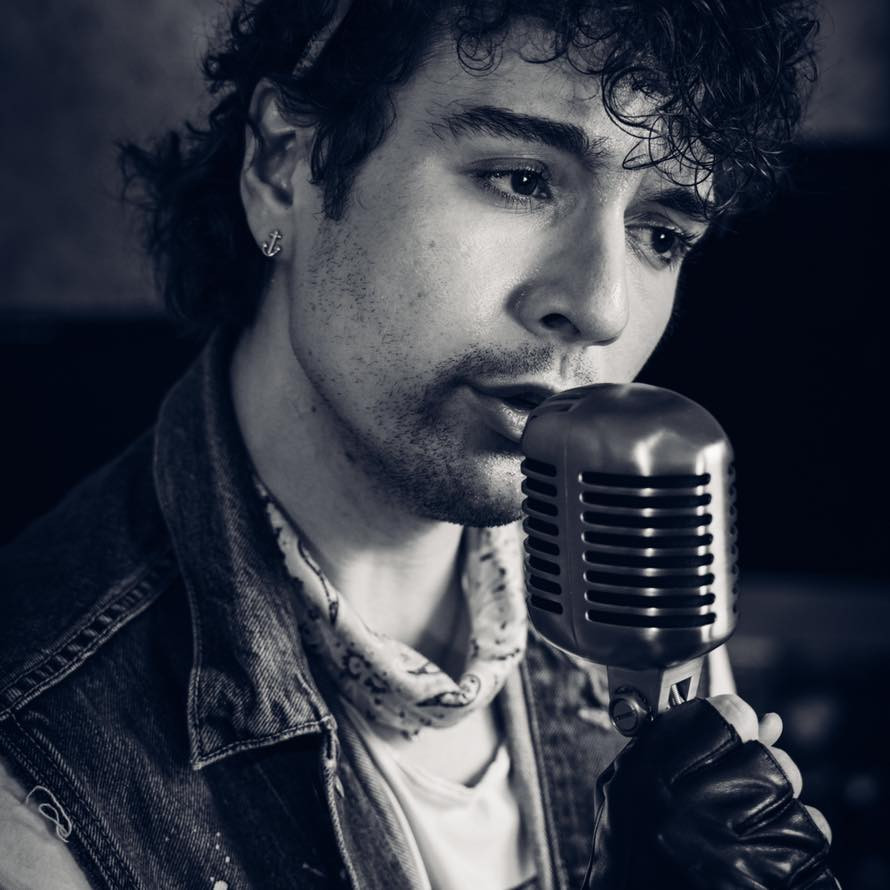 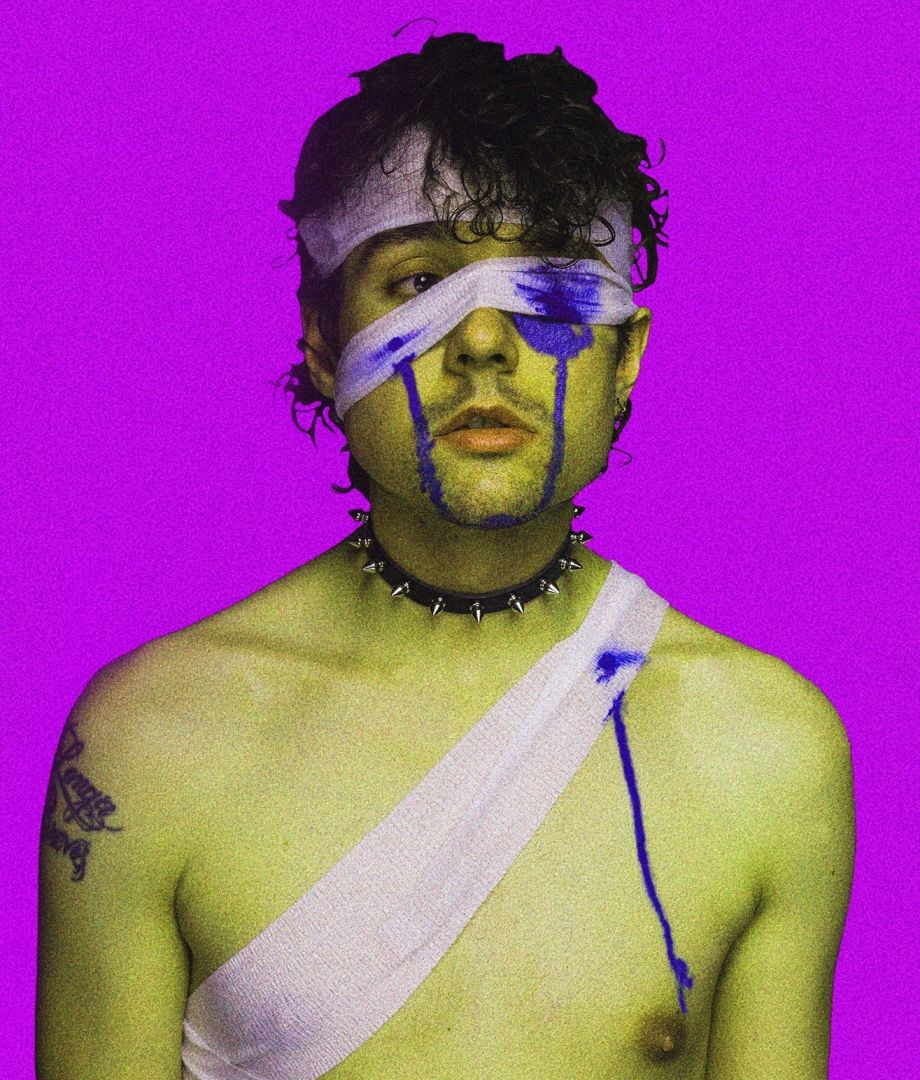 The Shoutout series is all about recognizing that our success and where we are in life is at least somewhat thanks to the efforts, support, mentorship, love and encouragement of others. So is there someone that you want to dedicate your shoutout to?
Hannah Katherine Jost is my creative partner, the Co-Writer and Producer of our film “X”, and one of the founders of our production company, The Foundation. She had as much of a creative hand in our film “X” as I did – not only writing the screenplay with me but also working as Production Designer and helping to design the look of the film, facilitating the Casting process, and the myriad logistical, creative, and generally exhaustive work of producing. When I was younger I’d always been very reluctant to work with another writer, because I have such a personal attachment to the stories I want to tell – but I learned to trust Hannah as a creative force and knew that it would be much better if she was my writing partner. Her and my writing styles are very different, but we have similar creative taste. She is very clever at coming up with solutions to both creative and logistical issues on the spot – her mind is somehow simultaneously imaginative and methodical. Meanwhile, Hannah has extremely high standards and a relentless work ethic, which was a key asset for not only the quality of our script, but also for the movie getting finished with her as Producer. During many days of production she would frequently move between rooms, dressing sets, applying actors’ makeup, boiling water for spaghetti to feed the crew, arranging rides home, and then clocking into her online styling job as the chaos of shooting unfolded around her. The movie couldn’t have been made without her at the fulcrum!

Other: To watch our movie “X”, and hear our album “At the Devil’s Ball” by The Major Arcana: https://linktr.ee/everybodylovesX