We had the good fortune of connecting with Shaan Sharma and we’ve shared our conversation below.

Hi Shaan, is there a quote or affirmation that’s meaningful to you?
“If a man’s life had any meaning at all it was to fight evil.” – Taylor Caldwell’s novel “Bright Flows the River,” 1980. What do almost all of us want, deep down, more than anything? It’s to have the best quality of life we possibly can during the short time we’re alive on this speck of dust in an infinite universe. Apart from the natural causes of suffering, like death, genetics, and natural disasters, how much do we inflict upon each other, either intentionally or unintentionally? So, so much. And it’s the suffering we can actually control. I consider “evil” the intention to destroy others or cause their suffering. And, recognizing my own failures, hypocrisy, and thoughts I’m horrified to admit invade my thoughts at times, it’s also been in my nature since childhood to want to stop such intentional destruction; be it violence, bullying, teasing, or verbal, physical, and emotional abuse. And as you get older, you really start to see how much fear virtually everyone is living under, and how much it costs them throughout their lives, myself included. How many times have I failed to act because of fear? Too many to count. What has it cost me? Who knows? Maybe everything I ever wanted and do not yet have. And that’s what makes evil so hard to tolerate, and why I’ve been focused on using my life’s energy to combat it, to the extent my life can make a difference. Life is already so hard to contend with, almost one million of our brothers and sisters take their own lives every year; not to mention deaths of the soul, when dreams are given up, hope is lost, and life’s purpose fades away. There will always be those among us who are broken or break, who engage in evil acts. Just like a sheepdog keeping a whole herd of sheep in line, it doesn’t take many evil ones to cow the good. That’s always been fascinating to me; how easy it is to control large masses of people through fear. We all saw it on children’s playgrounds when someone was being bullied and no one came to their defense, fearing becoming victims themselves, not recognizing that their intervention in that moment would prevent future victimization. And so, throughout my life, I’ve either forgotten I deliberately decided, or it’s in my nature, to feel responsible for the world’s suffering, and sought to touch ever increasingly larger groups of people’s lives in a positive way; being one fire in the cold winter of life for others to gather around, feel warmth and safety, creating a safe space to work together and build shelter against the forces of destruction, no matter what they are. 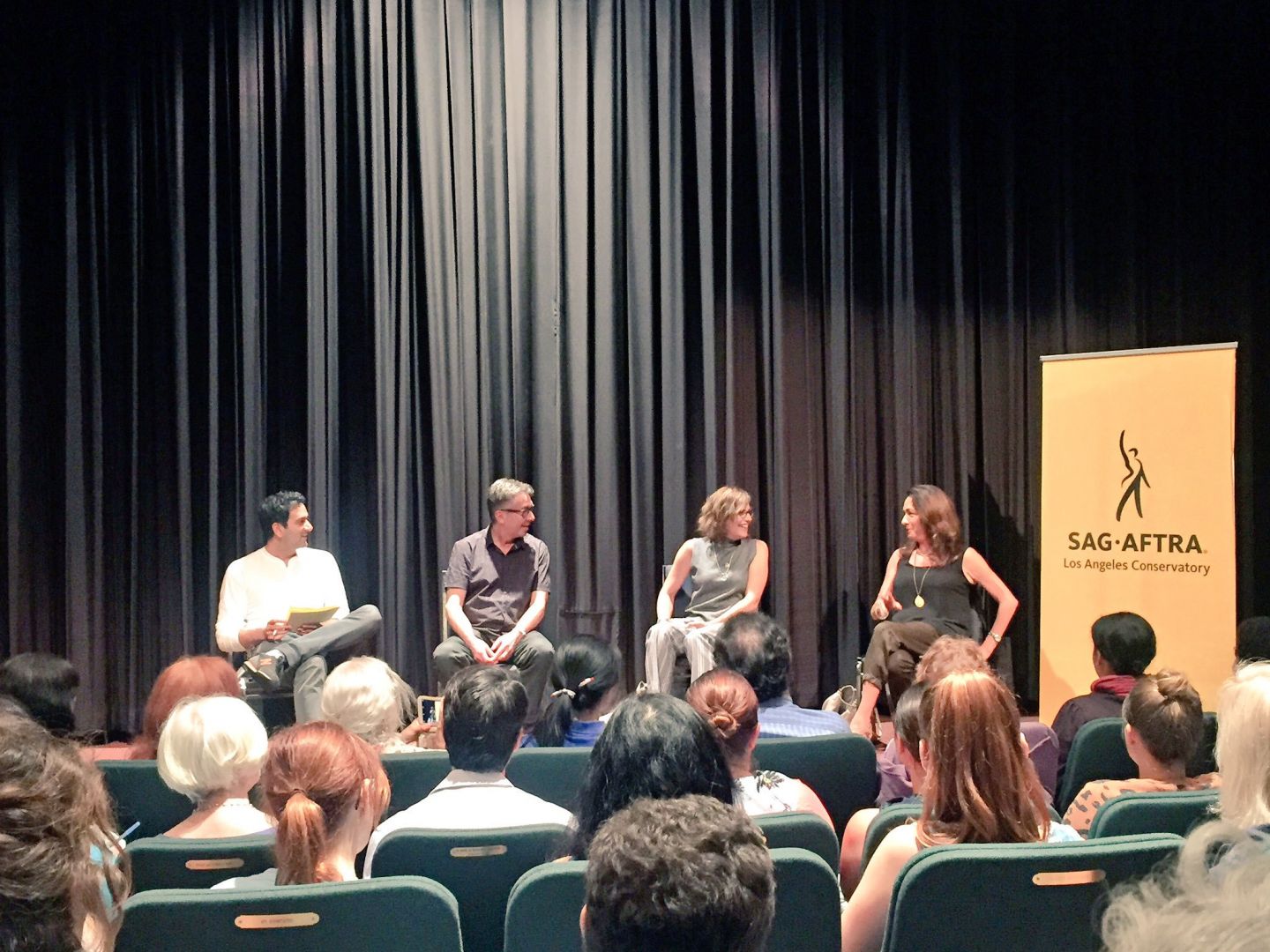 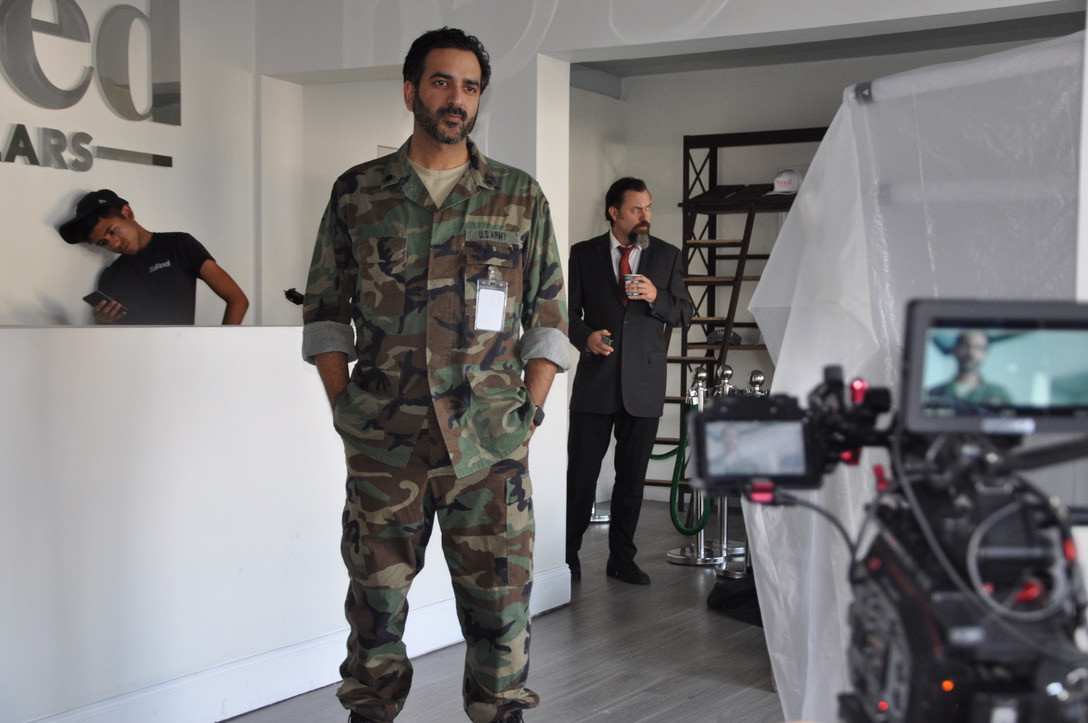 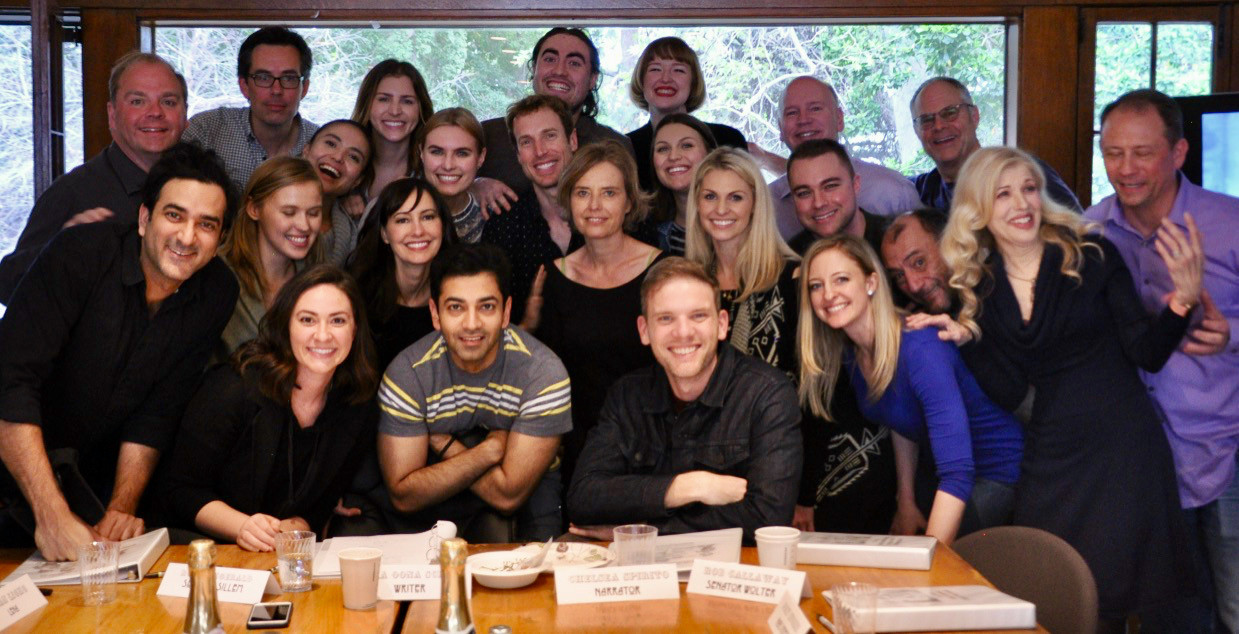 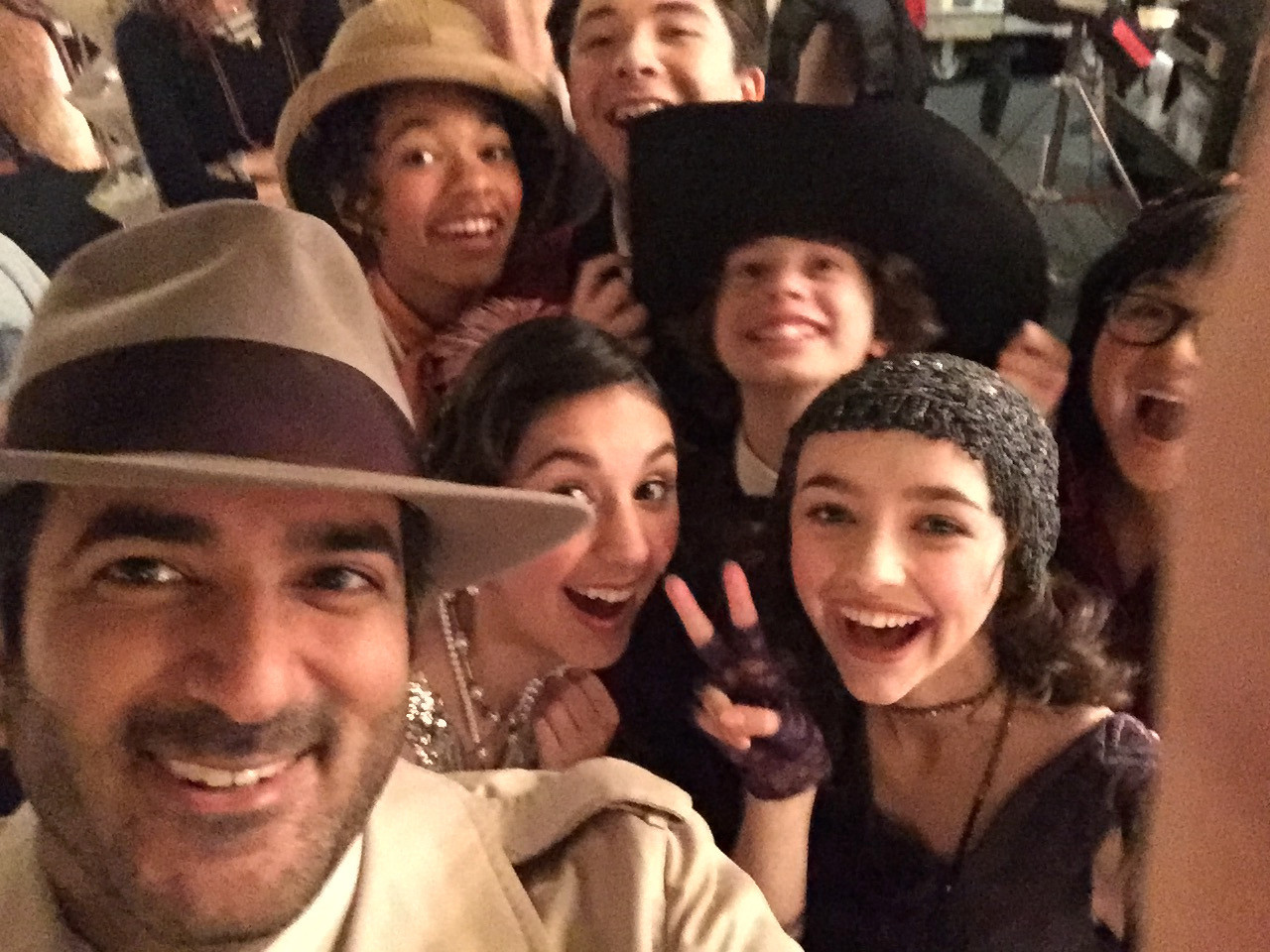 Let’s say your best friend was visiting the area and you wanted to show them the best time ever. Where would you take them? Give us a little itinerary – say it was a week long trip, where would you eat, drink, visit, hang out, etc.
Temescal Canyon is my favorite hike in the city. It’s the perfect length to the summit: an hour up and an hour down. Go up the steep way for a solid workout. Down the long shaded way for a nice cooldown. And at the summit, you can see from Malibu to the Beach Cities to Downtown, and everything in between. Even the ghost of Catalina in the distance. Six Flags Magic Mountain. Flash Pass. Start with X2 and the rest is easy. Don’t do The Riddler twice in a row or risk getting a concussion like me. Pro Tip: Dramamine. I would have said Wabi Sabi Venice before it burned down. Now my favorite sushi spot is Uzumaki in Culver City. Order one of everything. Steak? One answer: Cut by Wolfgang Puck at the Beverly Wilshire Hotel. Japanese Wagyu. Worth going broke for. Why did Umami Burger change their menu during COVID? Fine. Now I’m all for The Win-Dow in Venice. Simple. Like In-N-Out, only good. (Kidding. Don’t kill me.) ((Not really kidding.)) Classic: a walk on the “Monday-to-Friday” beach. It’s so worth it, despite the riff-raff along the boardwalk. From the Marina to Santa Monica. Finish the walk off with a delicious meal on the Promenade…in your dreams because COVID. Go home and order DoorDash. Again, if it wasn’t COVID I’d say the Arclight Theaters are a must for movie lovers, but since that’s ruined now, I guess sit really, really close to your iPhone screen. A drive through the hills on Mulholland is a must. Hey look! It’s the Valley! Ooh! It’s Century City! Who has the time to live in the hills and drive up and down every day? And, yes, Medieval Times is cheeseball and the food is terrible, and so is the Pirates Dinner Adventure, but the kid inside you always wanted to go there but just didn’t live in Cali, so go for him/her/them. And to finish off this list, which I’ve given about as much thought to as it took me to write all this, go to 71 Above. It’s at the top of the US Bank building downtown and you can see 360 degree views of LA. It’s unlike anything you’ve ever seen before. Ever wondered what the tops of skyscrapers look like? Now you can find out while eating an amazing meal with great cocktails and service. Just bring a parachute…just…in…case. 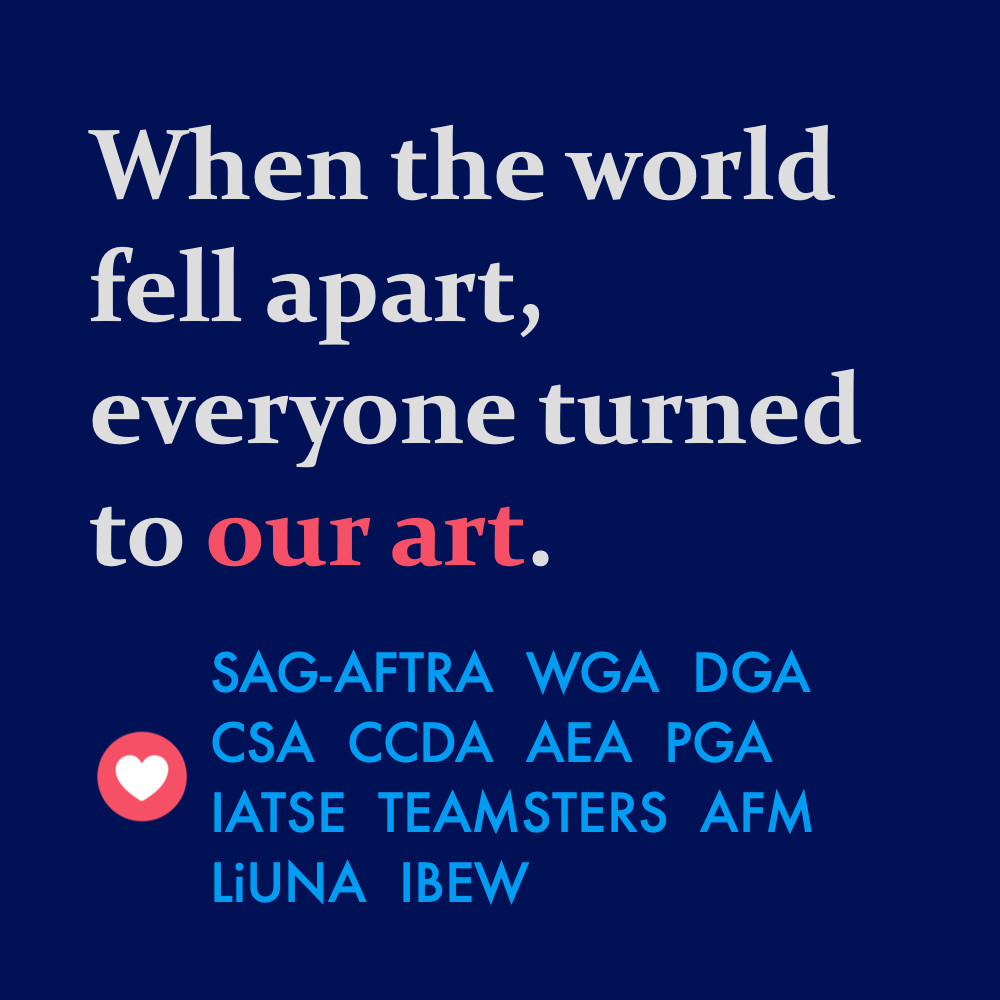 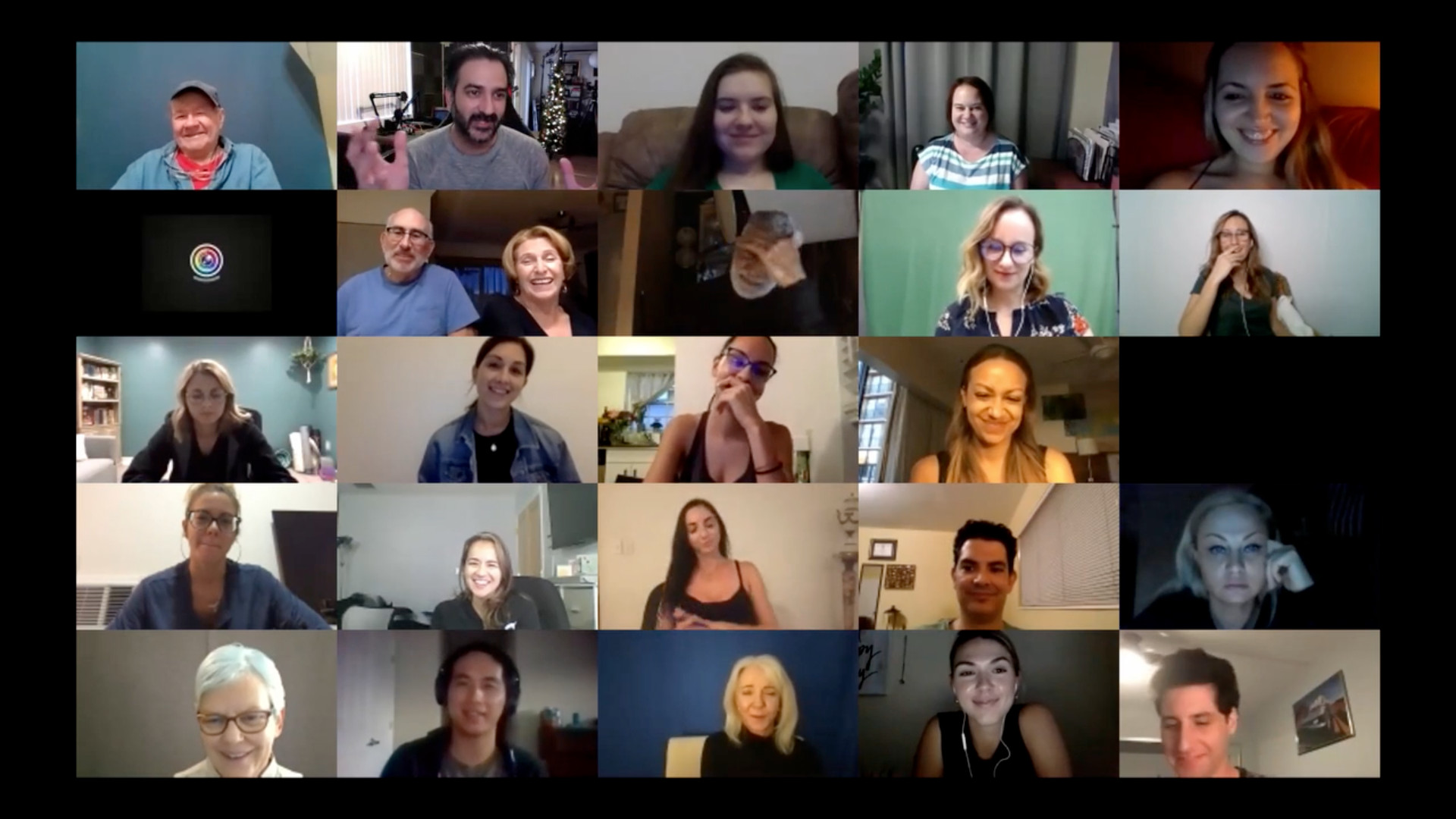 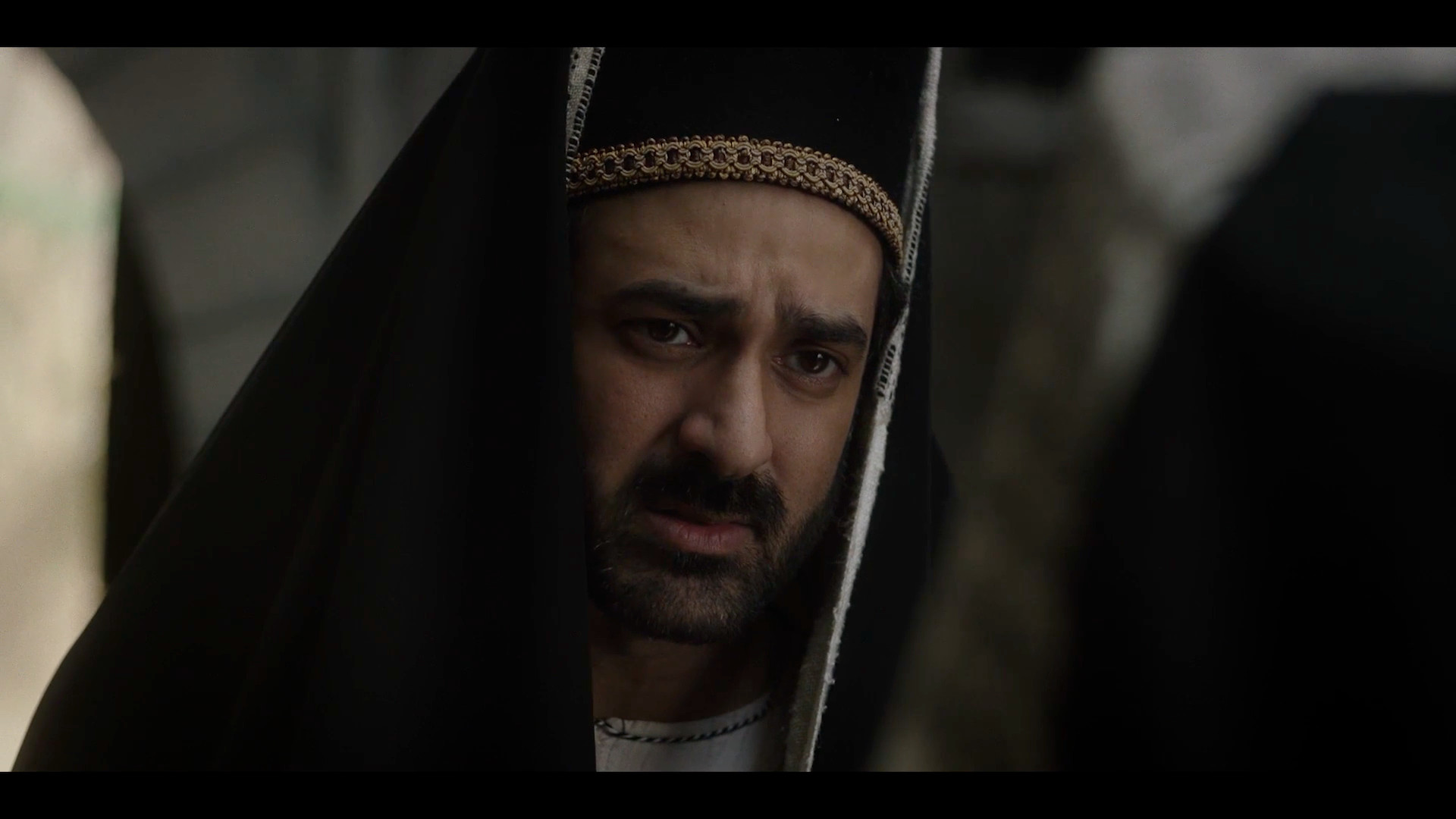 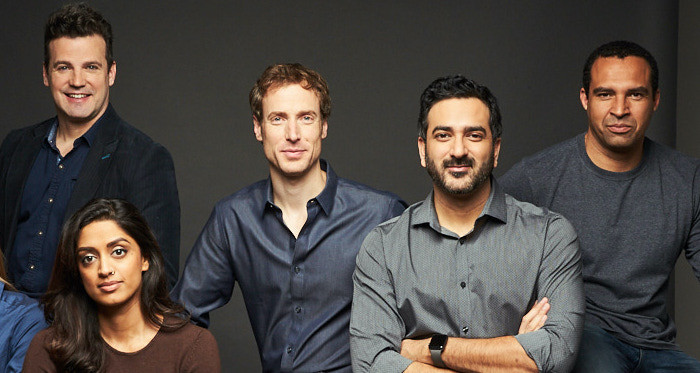 The Shoutout series is all about recognizing that our success and where we are in life is at least somewhat thanks to the efforts, support, mentorship, love and encouragement of others. So is there someone that you want to dedicate your shoutout to?
So many, but I’ll take this opportunity to shoutout two: my labor union, SAG-AFTRA and my friend, mentor, and ride-or-die Kevin McCorkle, a fellow union board member, working actor, and educator. Kevin and I knew of each other over the years in audition rooms when I was frequently working as a commercial casting session director. In 2015, we attended a meeting at SAG-AFTRA HQ at the invitation of our National Executive Director, David White, to discuss union efforts to organize more commercial work under union contracts. After that meeting, Kevin, who was a member of the SAG-AFTRA LA Local Conservatory Committee and the head of its Commercial Department, invited me to volunteer and teach a commercial acting and auditioning class there once a month. That changed my life in ways I will never be able to fully repay. 5 years later, and Kevin and I continue to serve our union, both as educators and as union leaders, serving in the LA Local Boardroom and in national board meetings as replacements for absent national board members. Working with an amazing team of staff, committee members, and volunteers, we’ve built a world-class training arm of the LA Local, and family-like culture and community for our members. All of them have enriched my life immeasurably, and Kevin would say the same. Kevin is a living example that the investments we make in others makes us richer, not poorer. All it takes is one invitation to change someone’s life forever, and perhaps our union.