We had the good fortune of connecting with Sharon Yablon and we’ve shared our conversation below.

Hi Sharon, what role has risk played in your life or career?
I think taking risks in life and career is very important and I would always encourage young people to do so. When I look back on my life, I see just how many I have taken and how that has changed my life and helped me to manage fear of the unknown, just a little more. In my early 20s I was set to take a 3 1/2 month Europe trip with a friend, and the night before she cancelled. Nervous but still excited, I went anyway and I had more and different adventures than I would have had with a traveling partner. Being alone forced me to meet more people, and be fully in charge of my safety and plans. It also allowed me to be more spontaneous and think on my feet. When I moved back to LA from San Francisco, having lived there for much of my 20s, I wasn’t sure what I was going to do with my life. On a lark I decided to take a playwriting class with UCLA Extension and one day, a substitute playwright teacher came in. I liked her combat boots and style, and the writing exercises to spark the unconscious that she gave us, and after class I asked her if she knew of any writers’ groups that met. She told me about a casual one that met at the now (sadly) gone Lost Studio in Hollywood on Saturdays: writers would show up with new material that actors would read cold. Oh, and it was led by an aging actor/Marxist. It sounded questionable but interesting and I went one afternoon. When I walked in I was the only female writer, and a beginner, who also hadn’t formally studied theater. The men in the group were all very talented and much more well-read than I. I hung in there even though I was intimidated. It was the best decision I ever made, and from that I became part of a larger, underground theater community of playwrights and actors that has given me a creative home. Early on when I wasn’t getting as many productions as I had hoped, I decided to produce my own work (which included tackling all of the creative elements of a play as well). This was challenging and a risk in that it’s not the usual trajectory of a playwright’s career. Things may not work out exactly as we thought they should, but there are wonderful surprises, and if one is following one’s passion, it all makes sense. You never know what the outcome will be when you take a risk, and there is the chance of failure or even humiliation. But you always learn, and get stronger. All these experiences – good and bad – make up our lives. I’m not a person who tends to have regrets, or dwell on time wasted whether it be on a particular project that didn’t go well or a failed relationship. I’m thankful I was here to have had them all. 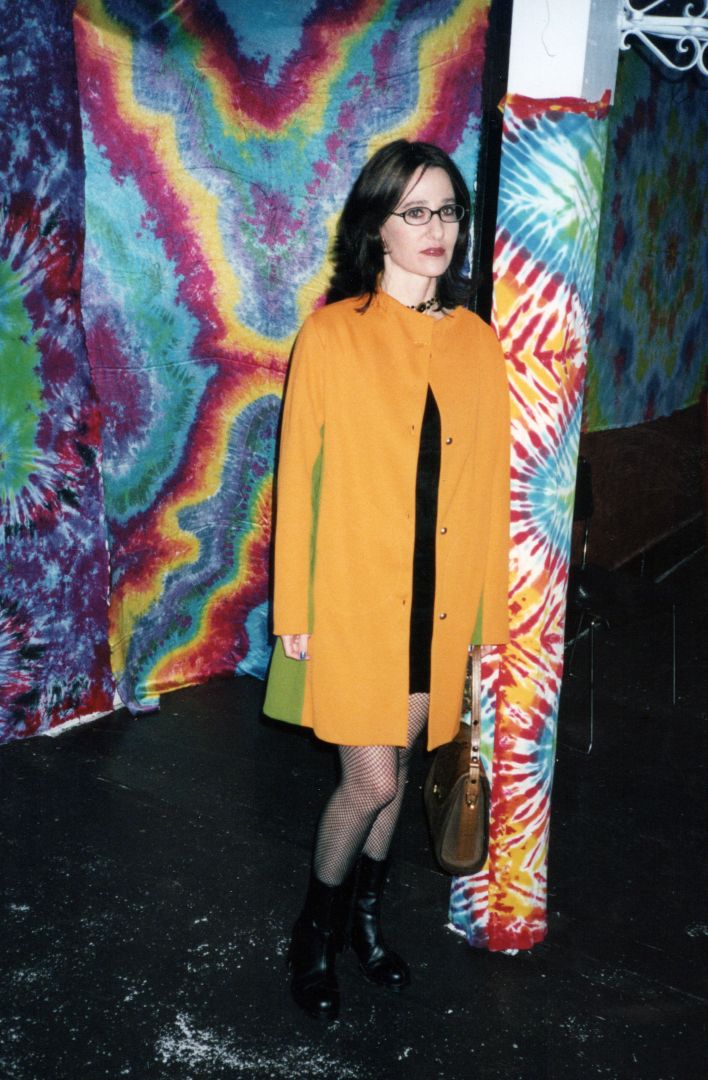 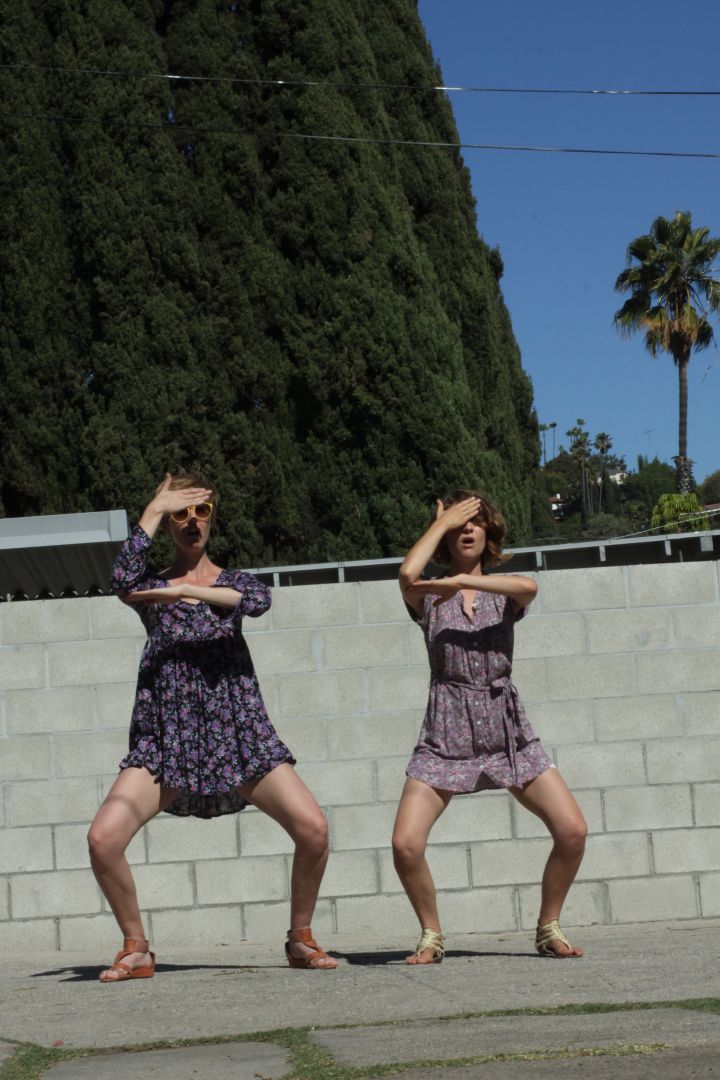 Can you open up a bit about your work and career? We’re big fans and we’d love for our community to learn more about your work.
We all have unique pasts, personalities, interests, and traumas; we are all individuals and not quite like anyone else, so no creative expression is quite like any other. Without planning this consciously, I have been writing plays that are set in Los Angeles, with the city being a character that helps me to find story, theme, and people. As I am writing I also use music as a means to further story and my plays tend to have music interludes inside them, and idiosyncratic “dance” movements. I have been lucky to have a group of very talented actors of different ages and sexes to work with at my disposal. I have gotten productions and publications, but more of my work has been realized by me, without official grants, funds, or a particular black box theater home, so in that way, it has been challenging. But somehow, I have always found a way to get my work up, or out there, as with my new podcast: A Garden of Terrible Blooms / We Are Just Passing Through. . .Short Plays Of The Weird and Surreal Set In Los Angeles. With regards to the writing process, it is okay to not know where you are going at first. You can “mine” the unconscious and outline later. You can trust your gut and know that on some level, you have an understanding of what your play is about. I’ve learned to let the characters talk to me without censoring, because there will almost always be something important that I learn about them. I’ve learned that success isn’t just material or related to fame. It can also be following your heart, and finding a way to do your art. It can also be about giving back to the community as in helping to create opportunities for other artists, and mentoring young artists and people, which I really enjoy. 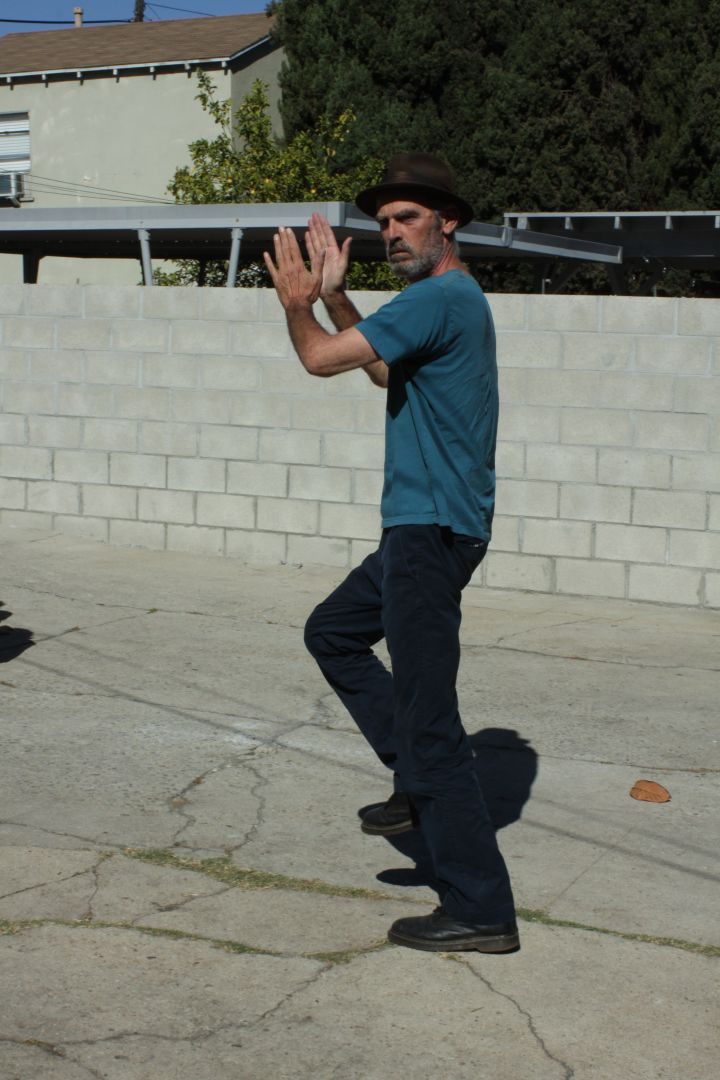 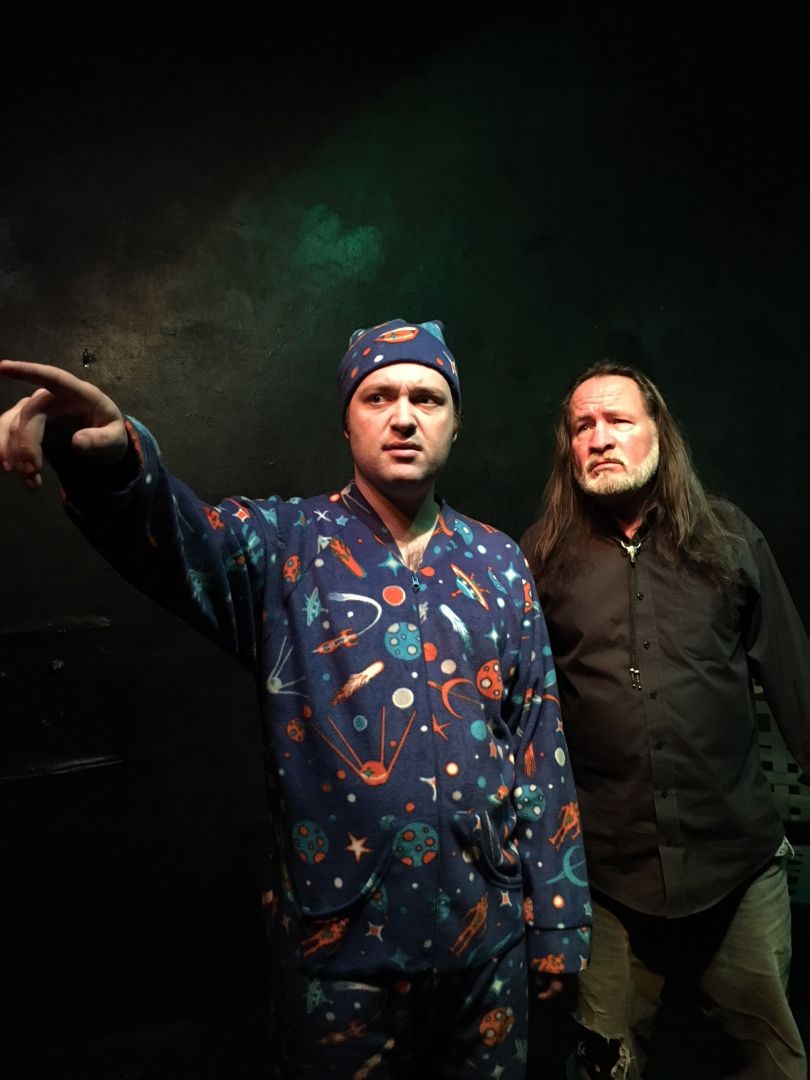 Any places to eat or things to do that you can share with our readers? If they have a friend visiting town, what are some spots they could take them to?
Los Angeles is a strange and magical place, a sprawl of a city made up of many neighborhoods, with surrounding, encroaching nature. We will do a lot of walking, but sometimes have to drive first to get to where we are going to walk. Downtown is a must, with its mix of old and new. Look up! There are gargoyles on old buildings and faded signs advertising products from another time. Be sure to see the interior of the Bradbury Building (part of Bladerunner was shot here), and walk along Broadway to see the grande dame movie palaces (The Chinese Theater on Hollywood Boulevard is a must too, and be sure to stroll along this street which still retains its sleaze). Carve out a chunk of time to browse through The Last Bookstore. I love old restaurants, so we would go to Dal Rae’s, Taylor’s Steakhouse, Musso’s, Cantor’s, the original Farmer’s Market, or Miceli’s, and vintage coffee shops too. I would try to convince you to splurge on a show (and maybe a séance) at The Magic Castle – a magician’s club in a beautiful Victorian. Speaking of Victorians, we would walk along Carroll Avenue in Echo Park, and then perhaps rent a swan paddle boat at Echo Park Lake, maybe hit some record stores in Silverlake. Before sunset we’d go to Griffith Park for a hike (Runyan Canyon is also a great hiking spot) and a traipse around the Observatory. Or, roam around Wattles Park, which has a faded glamour. Food wise there are many, many choices in any one of the LA neighborhoods; in my own of Los Feliz and nearby Silverlake, homemade pasta at La Pergoletta, Happy Hour at Figaro on Vermont or dinner at Café Stella or Barbrix are some favorites. Or, breakfast at Millie’s in Silverlake, Eat in Atwater, or the Beachwood Café in Beachwood Canyon (don’t forget to do the nearby stairway walks after). Our Koreatown is the largest Korean neighborhood in the country, and there’s Olvera Street (stroll to the nearby Union Station for beautiful architecture, you can also eat there), East LA for Mexican, or Thai Town (Jitlada is a favorite). Stopping at any one of the several taco trucks is a must. Don’t neglect the Valley! Dark Delicacies horror bookstore and The Iliad bookstore are two of my favorite places, as is Magnolia Street in North Hollywood with its thrift stores and charming neighborhood feel. Venice Beach is still a great people watching opportunity, but I would save skating for Moonlight Rollerway in Glendale, an old school rollerskating rink. Once at the beach you can drive up PCH past Malibu and walk along El Matador Beach (swimming is best at Zuma or Leo Carillo), and hit the biker hangout Neptune’s Net for steamed clams, which was also a filming location in “Point Break.” LA has many movie locations to hunt for (David Lynch or Paul Thomas Anderson films!), and you can still find a lot of sites that were in Noir films of the 1940s. Los Angeles is not without its crime history and after The Museum of Death we’d go on a crime tour. There are lots of great museums here but my favorite is The Museum of Jurassic Technology in Culver City. Finally, although there are tons more fun things to do here (music tour of Laurel Canyon?), we’d take in a flick at my favorite movie theater, The New Beverly Cinema. Owned by Quentin Tarantino – one of Los Angeles’ treasures – it screens cartoons, vintage trailers, and an eclectic list of films with something for everyone, including purists, cultists and midnight movie fans. And, they serve real butter on popcorn. 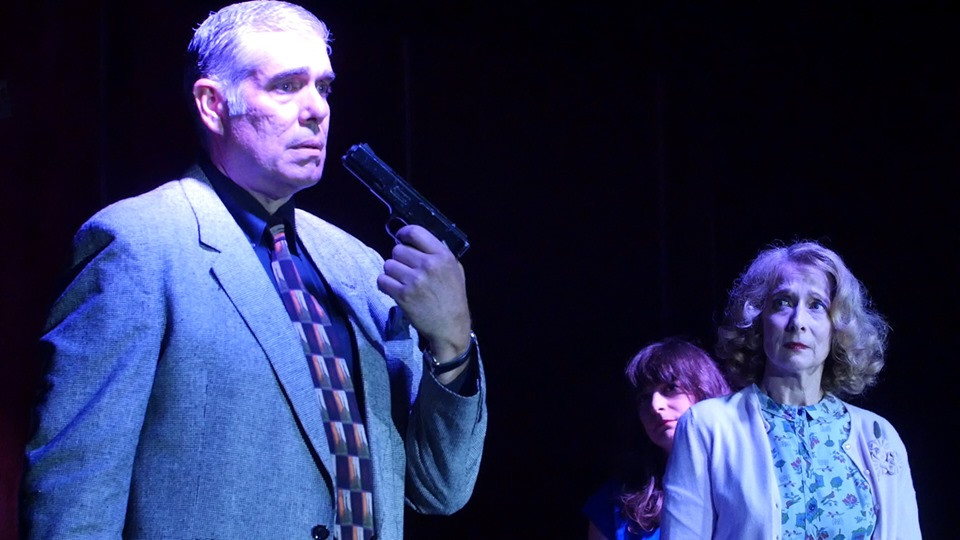 Who else deserves some credit and recognition?
To my fellow LA playwrights – teachers, friends and peers – who kindly welcomed me into the group over 25 years ago and whom I have greatly learned from. I continue to value these relationships and be amazed by you all, and your work. And to the wonderful actors in our theater community who have brought my writing to life over the years, because it’s never a play until we have a generous, talented, bright soul to collaborate with and speak the words. 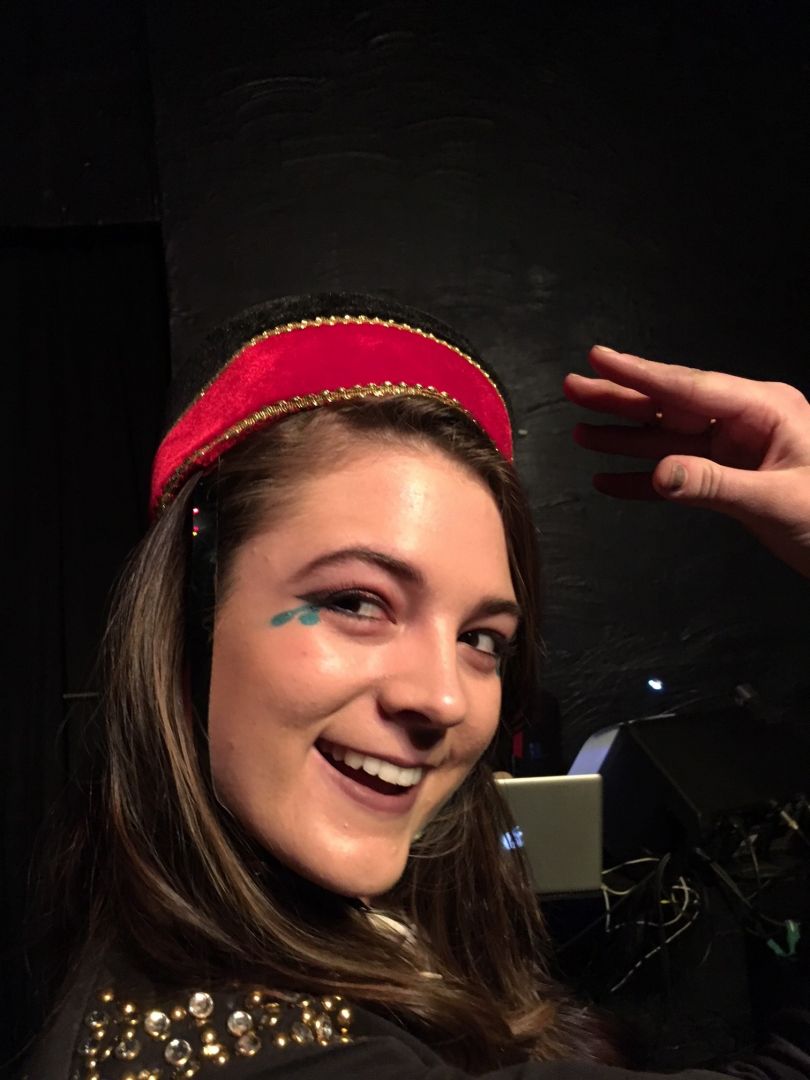 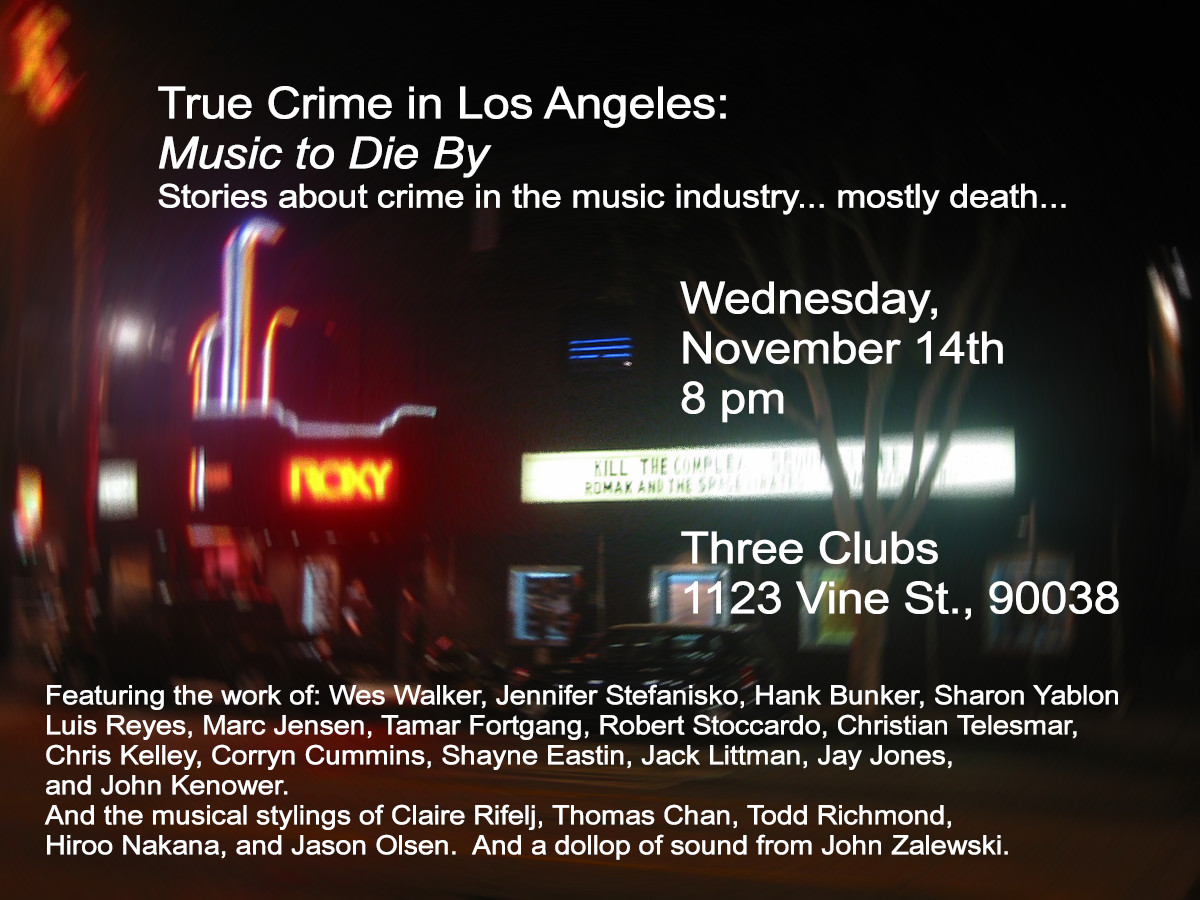 Youtube: Stage Explorations has some recent interviews up about my podcast of short plays set in LA, A Garden of Terrible Blooms. There is a clip of one of my monologues performed by Ryan Cutrona as “No Casanova.”

There are some reviews of past plays online. The bulk of my published material however is in physical form, except for my short story “The Caller” in the James Franco Review