We had the good fortune of connecting with Shay Holland and we’ve shared our conversation below.

Hi Shay, what role has risk played in your life or career?
We mainly think of risk as taking a big, gutsy plunge. LA has challenged me with a quieter kind of risk—the “re-set” kind that mostly means waiting and persevering. I moved to LA sight unseen. I got an agent and started booking work as soon as I arrived. Just months later Hollywood writers went on strike, the 2008 recession hit and all my opportunities dried up. Like jobless masses, I packed up to leave. But surrounded by boxes, my gut said ‘stay.’ Risk. Re-set. I put my creative plans on hold, took a survival job in finance, and spent the next five years crying in the bathroom at work. But that job anchored me so I could learn what I needed to thrive in Hollywood. I used my vacation time and days off taking acting and hosting classes, going to auditions, and leading a small community for on-camera creatives, Hosts in LA. We’ve now grown into the industry’s largest group for On-Air Personalities (3K+ members in TV, digital, live events, sports and comedy). At the start of 2020, with my on-camera career taking off, it was time to hire a business team to run Hosts in LA. The pandemic shutdown and economic collapse crushed all my plans. This time even my family doubted I could make it. But my instinct again said ‘stay.’ Risk. Re-set. Repeat. When we face achingly hard seasons where our talents lie seemingly idle, when all doors appear closed, that’s when we’re being fortified with resilience, determination and innovation for the greater things coming. 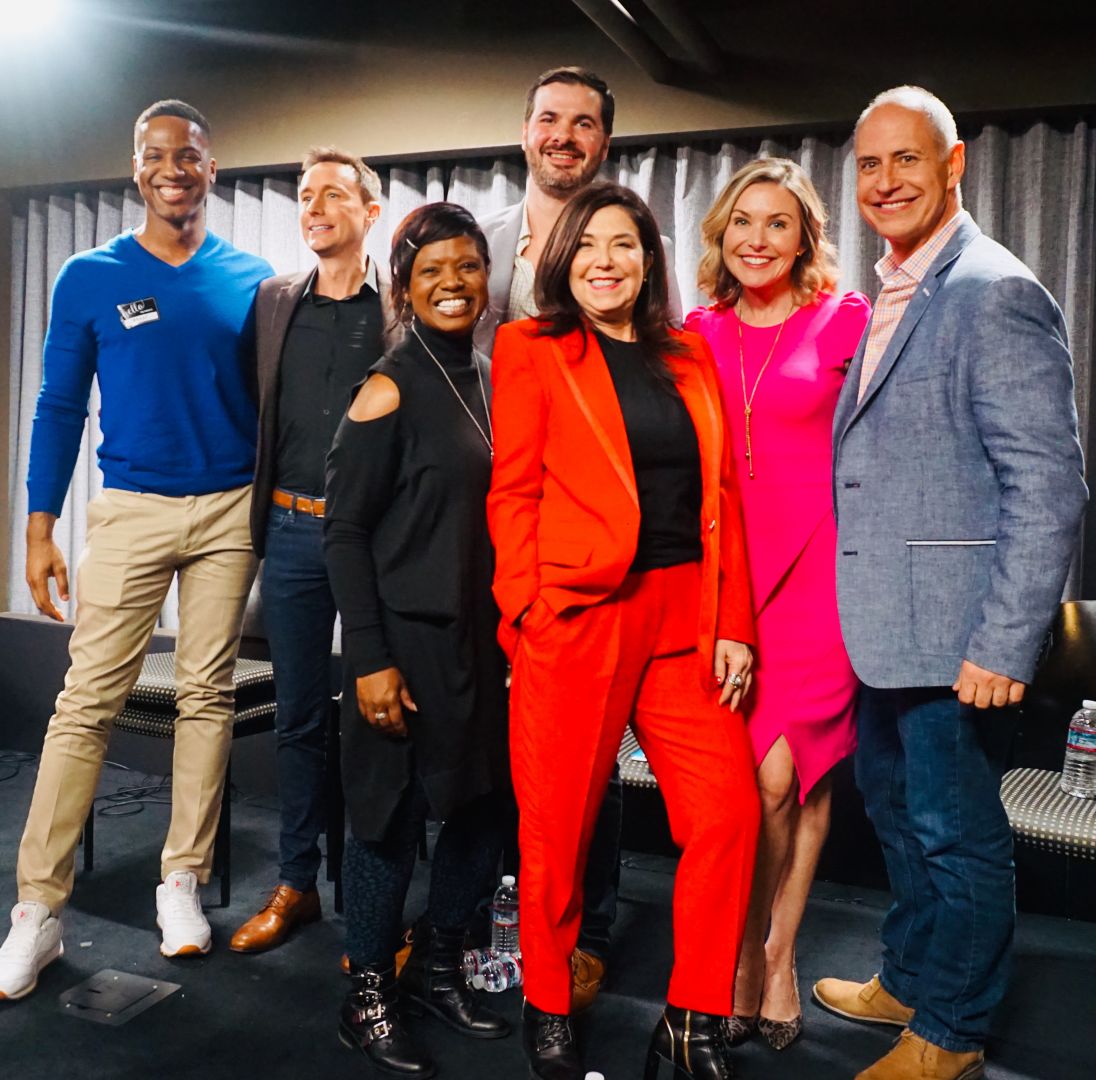 Please tell us more about your career. How did you get to where you are today business-wise. Was it easy? If not, how did you overcome the challenges? What are the lessons you’ve learned along the way. What do you want the world to know about you or your brand and story?
Growing up I was fascinated with storytelling, especially the performing arts. Living in a small Midwestern town, it was a huge adventure when my dad would pile us in the Buick and we’d drive to Chicago to see a touring Broadway production. I wanted THAT—up there on the stage—but it seemed like an impossible dream so I never tried. Directionless and unmotivated, I left high school early. I refused to visit colleges so my dad went on campus tours solo. A Dartmouth diploma, a Masters Degree in Journalism and six years later, one of my professors sent my demo reel to a TV news director. I got my big break in storytelling as a reporter at an NBC station, trading showbiz dreams for the crime beat. After years of covering endless tragedies, a relative said I reminded her of a soldier with PTSD. I moved to LA for a fresh start and to rekindle my passion for performing. I quickly found producers were less than thrilled with my news-y style. To unlearn years of newscaster conditioning, I turned to Marki Costello at Become A Host. I joined a small group called Hosts in LA and eventually became the leader. Now 3,000+ members strong, we’ve blossomed from meet-ups at the Den on Sunset to renting out the SAG Foundation Theater for events with top industry leaders. This year I was set to hire a team to run Hosts in LA so I could focus on my on-camera career. I’d just shot a Coca Cola brand commercial campaign and was about to meet with producers of a new TV series when the pandemic and economic collapse hit. With no TV/film prospects, I started looking for work in disaster communications. That’s when I had an “Aha!’ moment: my group, Hosts in LA, WAS the front line voices! We had work to do! I pivoted Hosts in LA into a global virtual resource hub. We’re thriving because the whole world needs to know what we’ve known all along: how to connect—whether for business or school, an audience of one or 1,000—in front of the camera! I’m gratified by messages like this from the husband of an ICU nurse: “Thanks for all you do Hosts…Those who put their lives on the line need you for that escape when they come home and try to relax before doing it all over again.” I’m incredibly proud that Hosts in LA is creating opportunities for thousands of hosts, like Lauren Ashley Beck who got signed by an agent she met through my group! Lauren said, “As a woman of color and struggling to find on-air positions, I will be FOREVER grateful for Hosts in LA.” And host Philip Halderbrand said: “You feel like you’re out there on your own, wondering how to break into the industry. Hosts in LA reminds me to never give up.” I’m immensely fulfilled helping other creatives move closer to their dreams. And I’m more excited than ever to see what my own “act three” holds. As the cameras slowly come back on in Hollywood, I hear an echo in my head of a classic Diana Ross song—it’s my turn.

Let’s say your best friend was visiting the area and you wanted to show them the best time ever. Where would you take them? Give us a little itinerary – say it was a week long trip, where would you eat, drink, visit, hang out, etc.
Nature fuels my creativity so we’d plan outdoor adventures along the coast. We’d start our days with healthy iconic California fare somewhere like the patio at The Butchers Daughter (organic, plant-based) in Venice. For play and panoramic views, we’d head to Marina del Rey for parasailing over the ocean or hiking in the Santa Monica Mountains. Take a guided horseback ride up to Inspiration Point or catch a polo game. For dinners, we’d try new places and there’s always my favs like Abbott Kinney’s Gjelina for wood fired Gruyere pizza with caramelized onions, delizioso! We’d wrap under the stars—on the patio at Esters Wine Bar in Santa Monica; rooftop at Hotel Erwin. My favorite thing about LA is that you can find outdoor adventures any time! 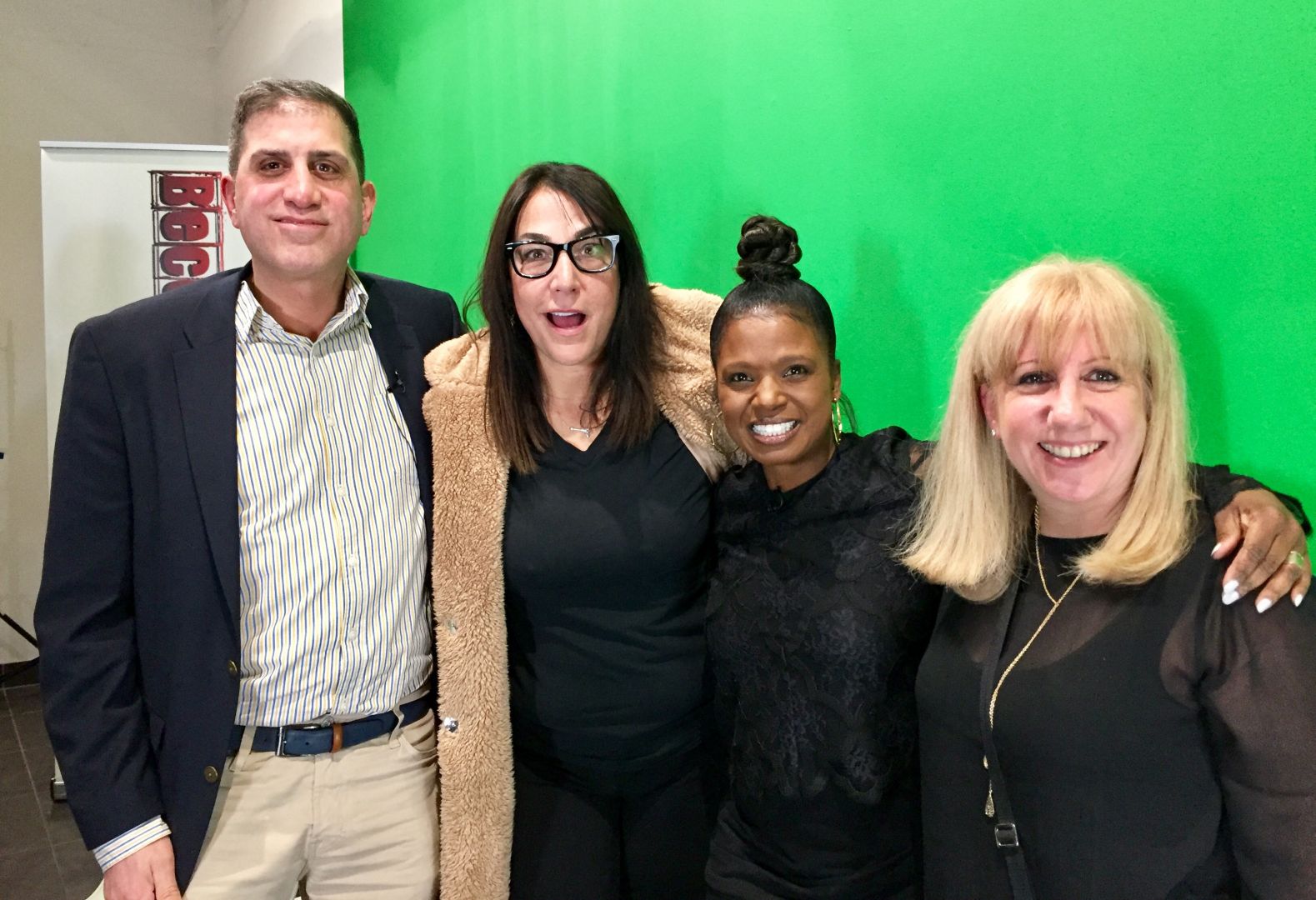 Who else deserves some credit and recognition?
Shoutouts! My brilliantly talented niece who graciously inspires me to tune out the naysayers and shares her knowledge of the craft with me as she unapologetically blazes her own path to the top. Jenna, who entrusted me with Hosts in LA, and our extraordinary community—the faces and voices guiding us through epic times; as media coach Barbara Barna Abel says, your star power shines each time you “show up generously.” My tribe of believers who constantly show me “love in action” (you know who you are). And every gatekeeper who sees a gem and gives a platform to diverse talent like me who show the world what it was meant to look like. 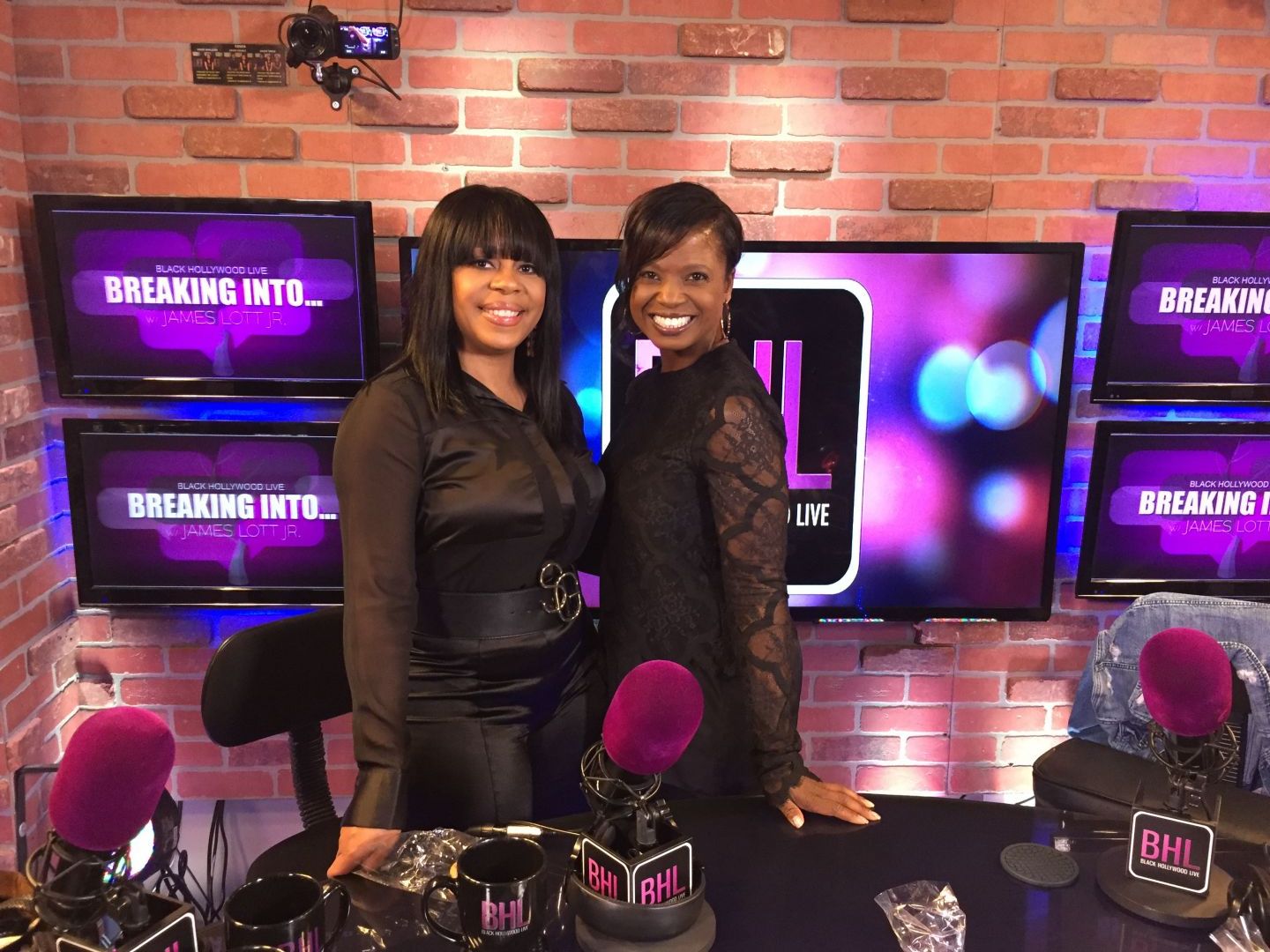