We had the good fortune of connecting with Sheila Houlahan and we’ve shared our conversation below.

Hi Sheila, what role has risk played in your life or career?
This is a tough one to answer because growing up, I was always risk-averse. My mother loves telling stories about me needing to be literally shoved down a slide at a playground due to my baby brain finding slides ludicrously unsafe! Growing up, I always observed before diving into anything that looked particularly risky. I was scared to try new food (I had to be cornered into a stairwell to try a french fry!), dubious about anything involving heights and, above all, totally lacking in trust that any given “risky” activity was actually indeed properly vetted by adults. I was a strange child.

Naturally, that changed as I grew older and absolutely played into my career. I was one of those “performing kids” that began performing at the professional level around the age of 6/7. My first love was/will always be music, and I attribute my healthier relationship with risk solely to having to deal with stage fright as a child. I used to be paralyzed whenever I’d step onto the stage and have to sing a solo; it goes against everything our amygdala so desperately tries to shout at us (THEY CAN SEE YOU!!!), and as such my brain would short-circuit at the beginning of my career. It was not a pretty picture. Over time, I learned that performing doesn’t necessarily equate to an immediate death sentence from a bloodthirsty audience, and trusted that the jitters were, in fact, the energy I could use to fuel my performance. I started to love the high; it meant that I cared, that I was invested in the story I was about to tell. In essence, my relationship with risk helped reveal my ultimate passion.

As I prepare to embark on releasing my first ever film as an executive producer, a film that, indeed, is quite risky due to its “hybrid” nature (part of the film is pre-recorded like traditional cinema and part of the film is live), I know I wouldn’t have had the courage to try without my now-positive relationship with risk. Risk is our brains telling us to be alert, that the road ahead may require extra energy. Risk does not immediately equate with death, despite how dramatic our amygdala tends to get with worst-case scenario visualizations. Instead, that energy from recognizing inherent risk gives you the push you need to get a new venture out the door. And for that, I’ll always be incredibly grateful for the experience of fostering a positive relationship with risk. 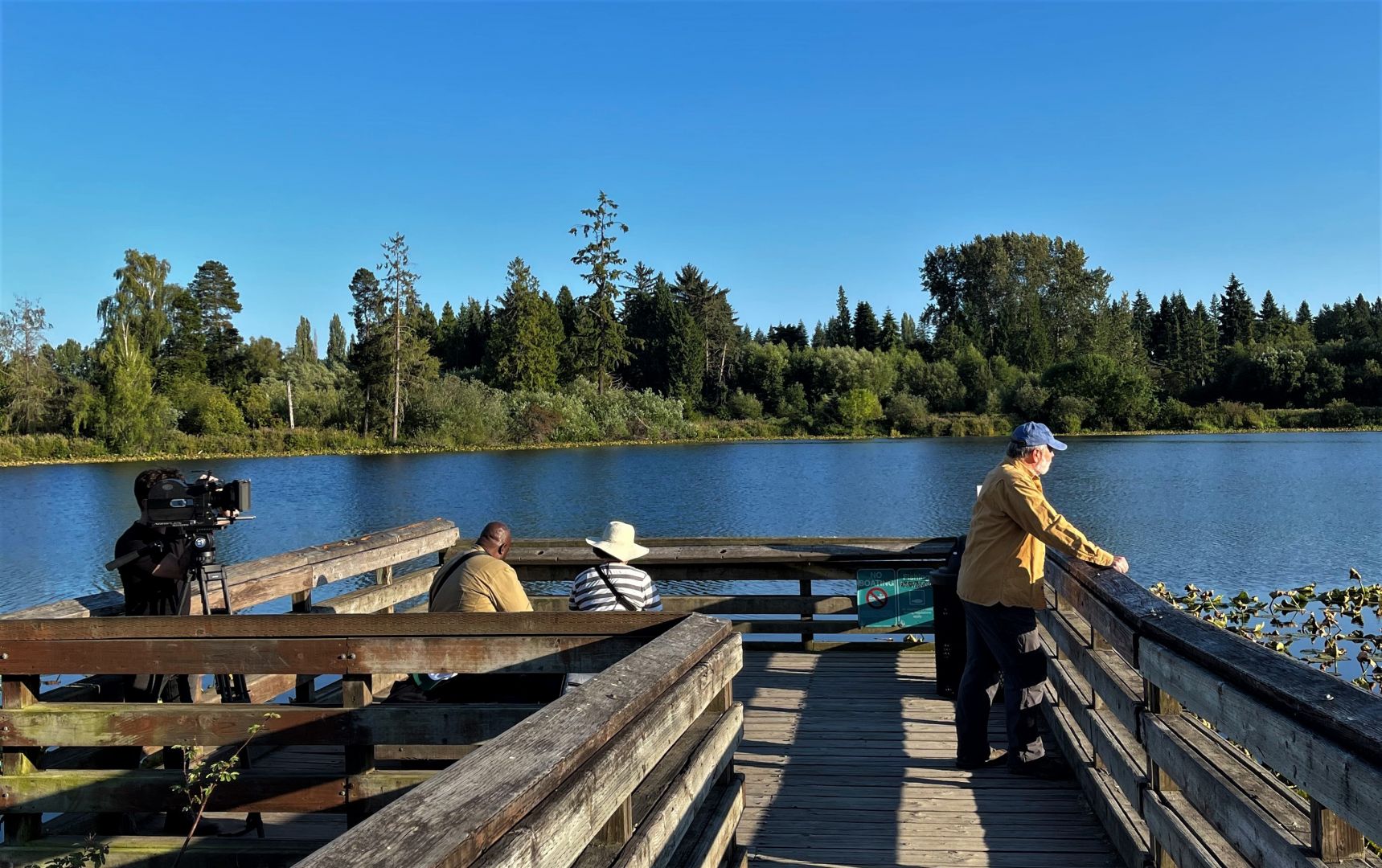 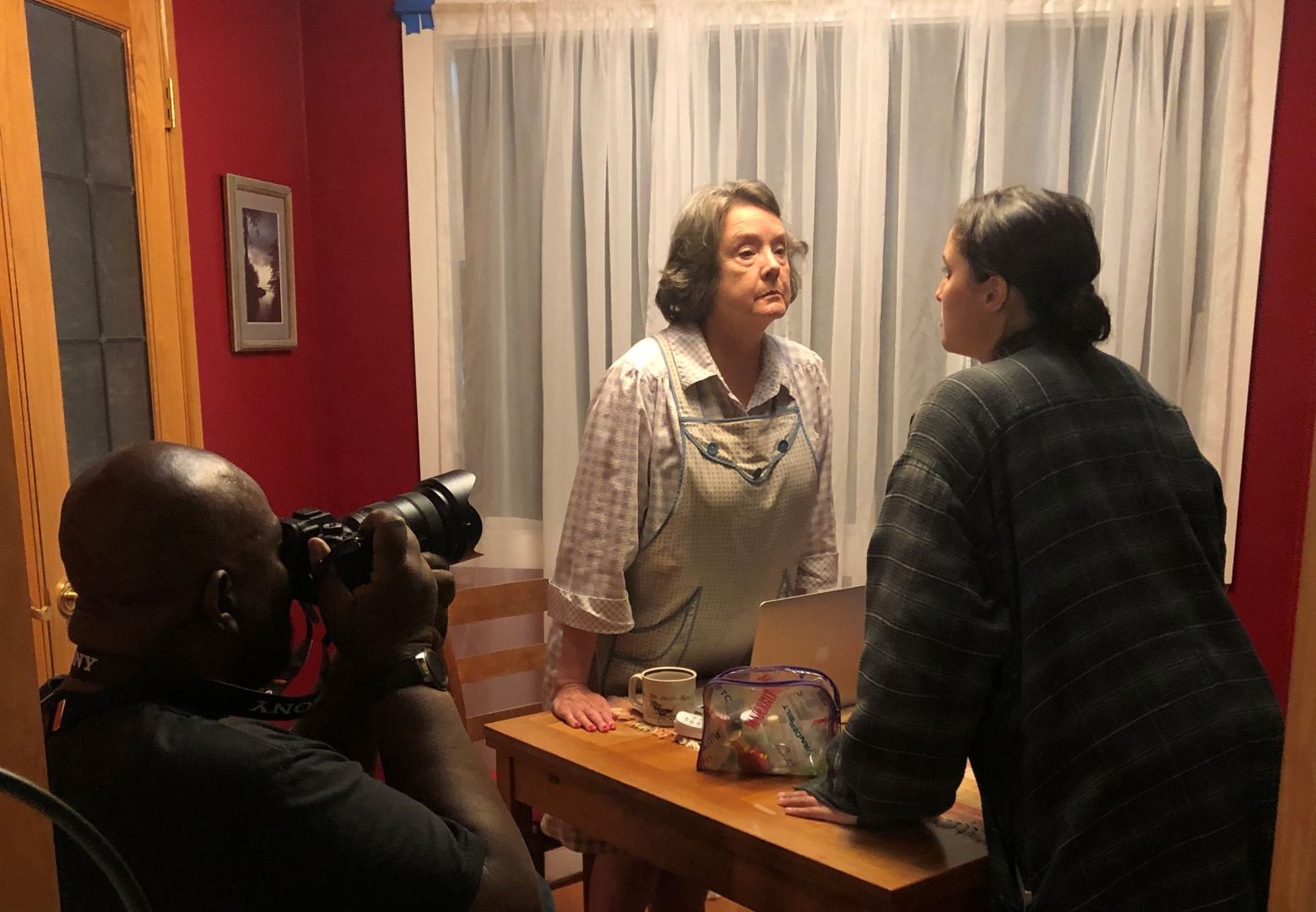 Let’s talk shop? Tell us more about your career, what can you share with our community?
I’m the executive producer/mad scientist and one of the lead actors in a brand new “hybrid” feature film adaptation of Marsha Norman’s Pulitzer prize-winning play Night, Mother. As stated above, my team and I are calling this project a hybrid because part of the film is pre-recorded like any movie you’d see in a movie theatre and part of it happens live on Twitch. The film takes place over a Zoom call in the pandemic and features a mother and a daughter trying desperately to connect while battling concentric circles of grief, isolation, and talk of suicide.

It is a very dark piece, but one that I believe is incredibly important given the state of everyone’s mental health now that we’re almost 1 and a half years into this pandemic. Nobody on the planet earth is coming out unscathed from this experience, and as such, I wanted to create a piece that challenged those in power to revamp our mental health care system to make it affordable and accessible for all. I dream of a world where suicide is rare, where depression and anxiety aren’t stigmatized but instead treated with love, care, and adequate support from the get-go, where it is no more challenging to get care than it is when one has a common cold.

We’re working with a couple of national-scale organizations dedicated to eradicating and de-stigmatizing suicide to come up with action items and resources for our audience. The reason I chose Twitch as a platform was its chatbox feature; the audience can dialogue in real-time as the show goes on, an incredible privilege that isn’t afforded to the traditional movie theatre-going experience. Folks experiencing the show can connect with each other over the film as it unfolds; if folks are triggered by the storyline, one of our chat moderators can connect them with resources in real-time. It is an incredibly powerful tool with endless potential, and I’m excited to see how our audience responds to the story.

We plan on having a post-show panel as well that features various celebrity Twitch streamers and influencers, experts in the psychiatric field, members of the cast and crew, and representatives of organizations with resources for our audience to help our viewers ground themselves and connect with our panelists and each other after an incredibly emotional film. We want to responsibly help our viewers come out of such a dark story feeling empowered as they face their own relationships with their mental health moving forward.

Twitch as a platform is such an exciting thing for narrative storytelling. Having live components to a piece puts filmmaking on its head and has absolutely forced my team to investigate what truly defines a piece of art as a film. The possibilities for live theatre and live performance, as well as a film on this platform, are really exhilarating in particular; perhaps Twitch can evolve to be a platform that live performance companies utilize in future pandemics to ensure that their content gets seen by their target audience.

Twitch’s platform lets anyone anywhere in the world stream content on their own time, be it live or after the live recording, and that is such a fabulous way to introduce viewers to content created and produced far away from their own homes. We have to start thinking outside the box as we all enter the “new normal” together: we have to find more creative ways to bring our stories to the people, rather than asking the people to leave the comfort and safety of their homes to hear our stories. I think this type of storytelling will catch like wildfire and will be here to stay for some time to come.

Any places to eat or things to do that you can share with our readers? If they have a friend visiting town, what are some spots they could take them to?
There’s so much to enjoy in lovely Los Angeles, so instead of hitting the usual suspects, I’m going to drop a list of amazing BIPOC-owned businesses and establishments I think people just have to check out! Rounding a trip out with several trips to the parks and beaches that surround LA is a must. You really can’t go wrong when it comes to experiencing and enjoying LA, though I do advise folks to stray from the usual touristy ventures and instead explore what Angelinos do for fun/food/etc. It is the best way to experience a new place! 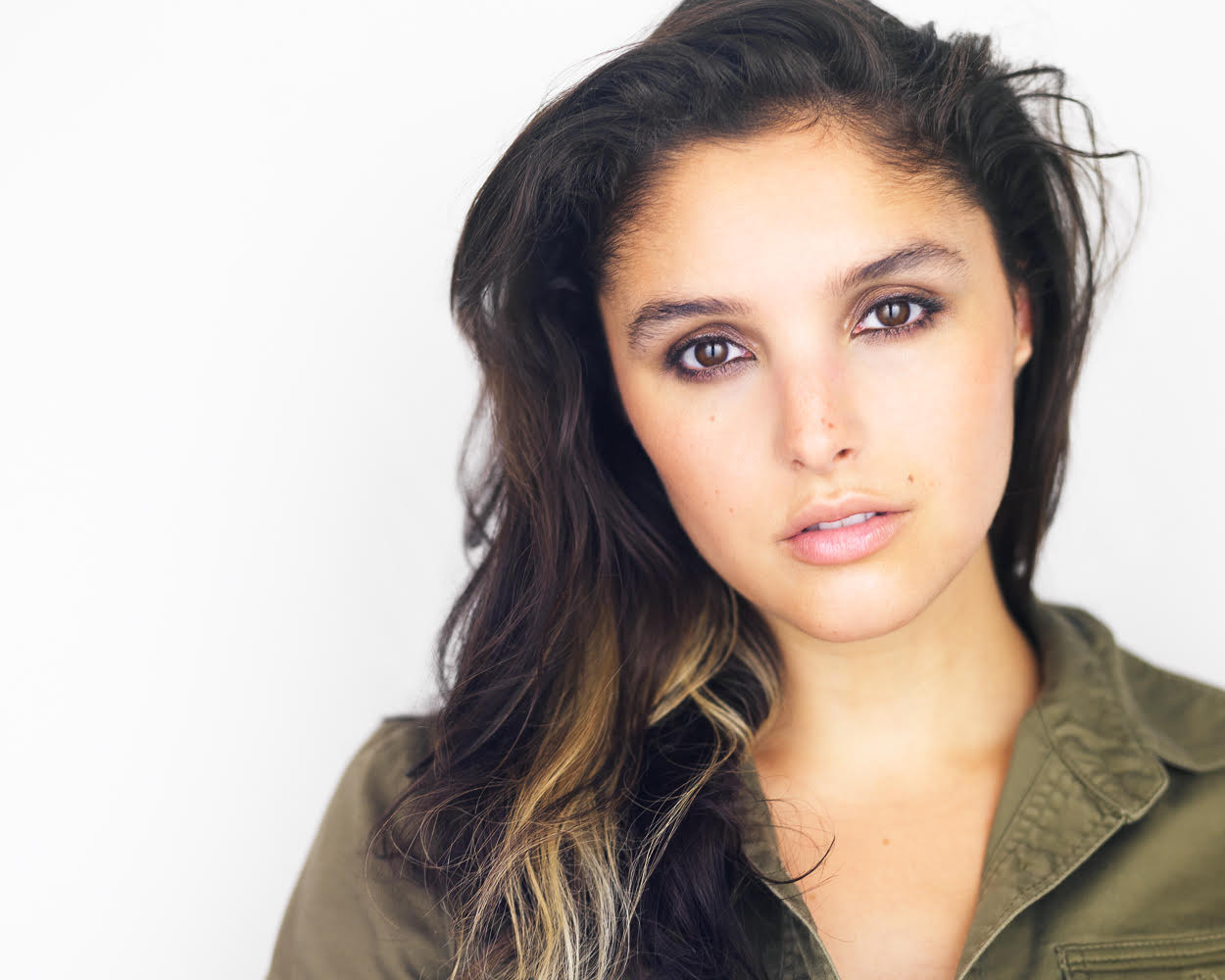 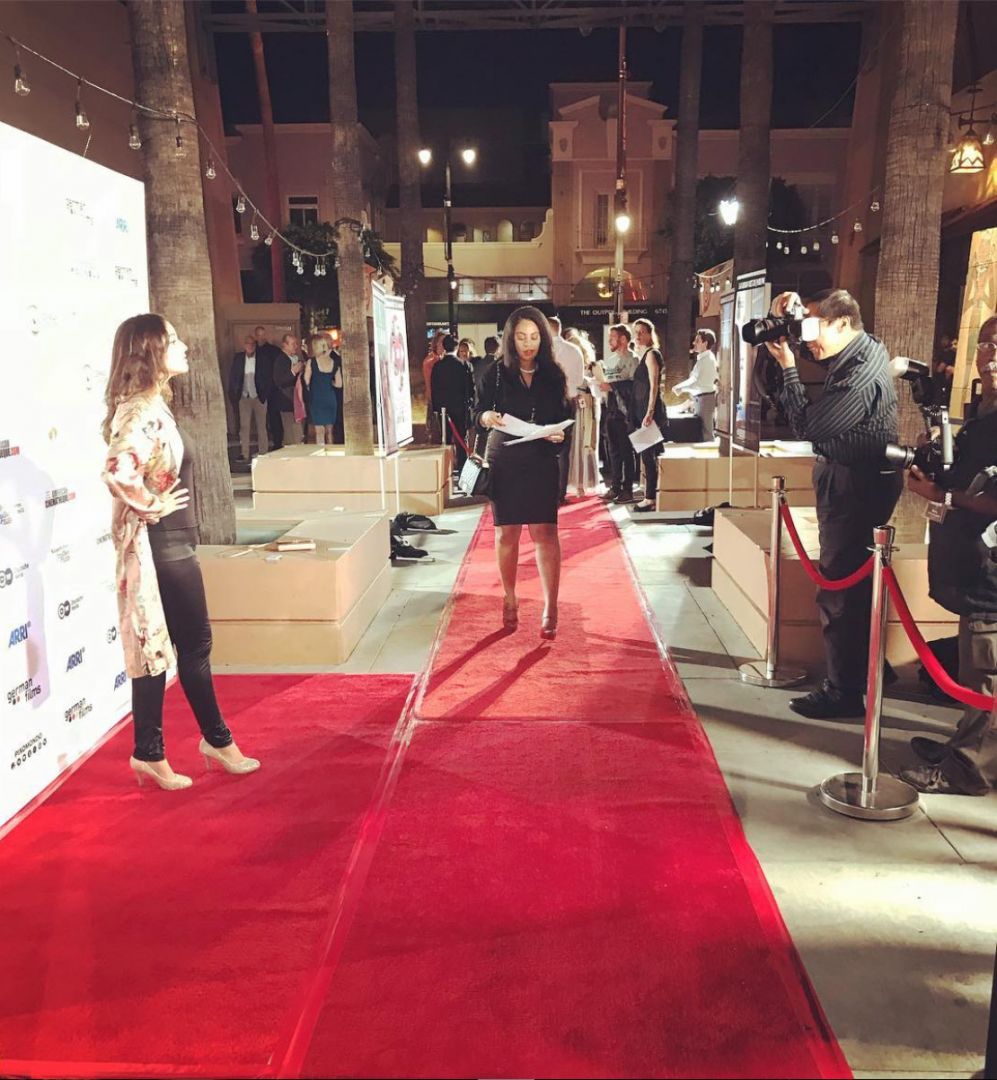 The Shoutout series is all about recognizing that our success and where we are in life is at least somewhat thanks to the efforts, support, mentorship, love and encouragement of others. So is there someone that you want to dedicate your shoutout to?
Another challenging question! This one is extremely tricky because I tend to think of myself and my success as a product of my entire community; we are all inherently shaped by everyone in our lives. I have so many people to thank for getting me this far, but for the sake of brevity, I’ll stick to one lovely human in particular: Ellen McLain, my co-star in Night, Mother. Ellen, thank you for trusting me as we embarked together on this wild ride.

Thank you for saying “yes” to life, as you say so very often, and diving into this challenge that I know has the power to touch and positively impact so many lives. Thank you for pushing me when I needed a little extra energy to get the job done, for reeling me in when I strayed too far away from our original mission with the show, and for supporting me through this entire process. Thank you for being my lighthouse, for inspiring me by simply being you. Creating this film with you has been one of the highlights of my life, and I will treasure these memories always.