We had the good fortune of connecting with Shelby Cude and we’ve shared our conversation below.

Hi Shelby, how do you think about risk?
I’ve always been attracted to risky endeavors.

Growing up, my parents pushed me to, “just go for it.” I saw rules as suggestions and have often chosen to abide by my own intuition. It started with sports–I was a natural born adrenaline junkie–which shaped how comfortable I am under high-pressure situations. If we were down 18 points in our volleyball game that we had to win to make it on to the next tournament game and I was up to serve, I knew I could deliver a few aces.

I knew it was risky to drop out of college. I knew it was risky to take a job that moved me from Nashville to Los Angeles after only visiting for three days, and starting over. I knew at the age of 22 that it was risky to quit that stable job, giving them only a seven day notice, to jump on tour to video direct for an a-list rock band as they launched their new tour across Europe, having zero experience in doing so, but some opportunities are too good to pass up. Of course a lot of things could go wrong, but I was perhaps a bit optimistic enough at the time to think, “but what if it all went right?”

You could ask how that tour went and get totally different answers depending on who you asked. Personally, I seriously struggled the whole way through it, to the point that when it ended I questioned if it was something I wanted to pursue. Fortunately I was offered another chance, with different artists, different crew, different routing, and so on, and I took what I had learned from that first tour with me and it was like night and day in comparison to the first. So despite that first tour being incredibly difficult and a potential failure on my part, I learned what “not” to do, and it’s having those experiences that made me a better crew member and director for my next gig.

Now working as a video director whose job involves calling cameras and switching on a vision mixer footage as it’s happening for large scale productions, where I have to be attuned to not only the artists on stage movements and the songs themselves but riding the energy of the crowd, the script and creative vision that we’ve come up with for the show, and communicating all of that in the moment to various camera operators (sometimes in different countries where language barriers can prove challenging), the pressure is always on. Every show I’m confronted with the option of taking certain creative risks — sometimes I go for it and it works out and sometimes it doesn’t land and I move on.

Had I never taken any of those life-changing “risks”, there’s no question of whether or not I would be where I am today. 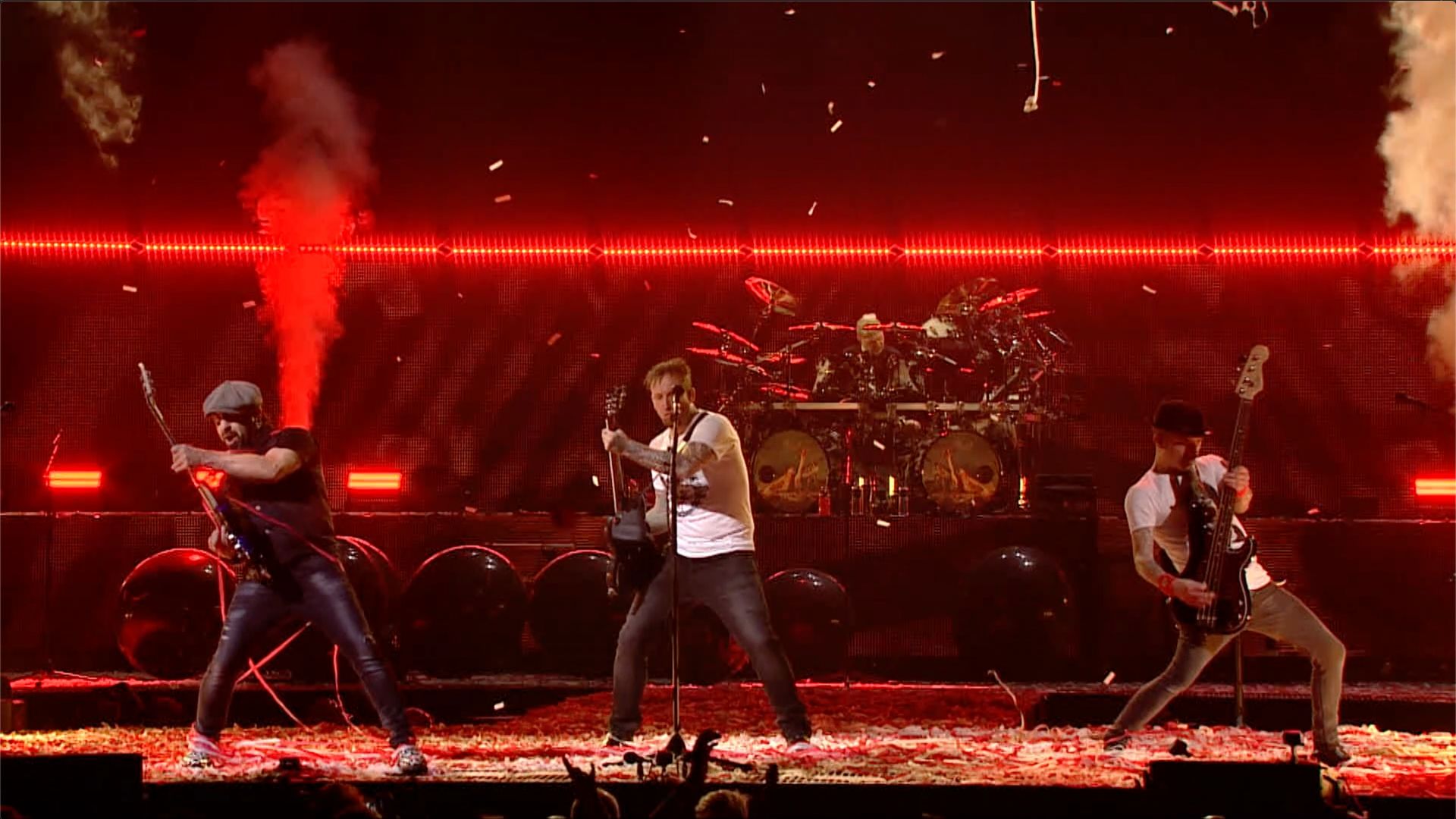 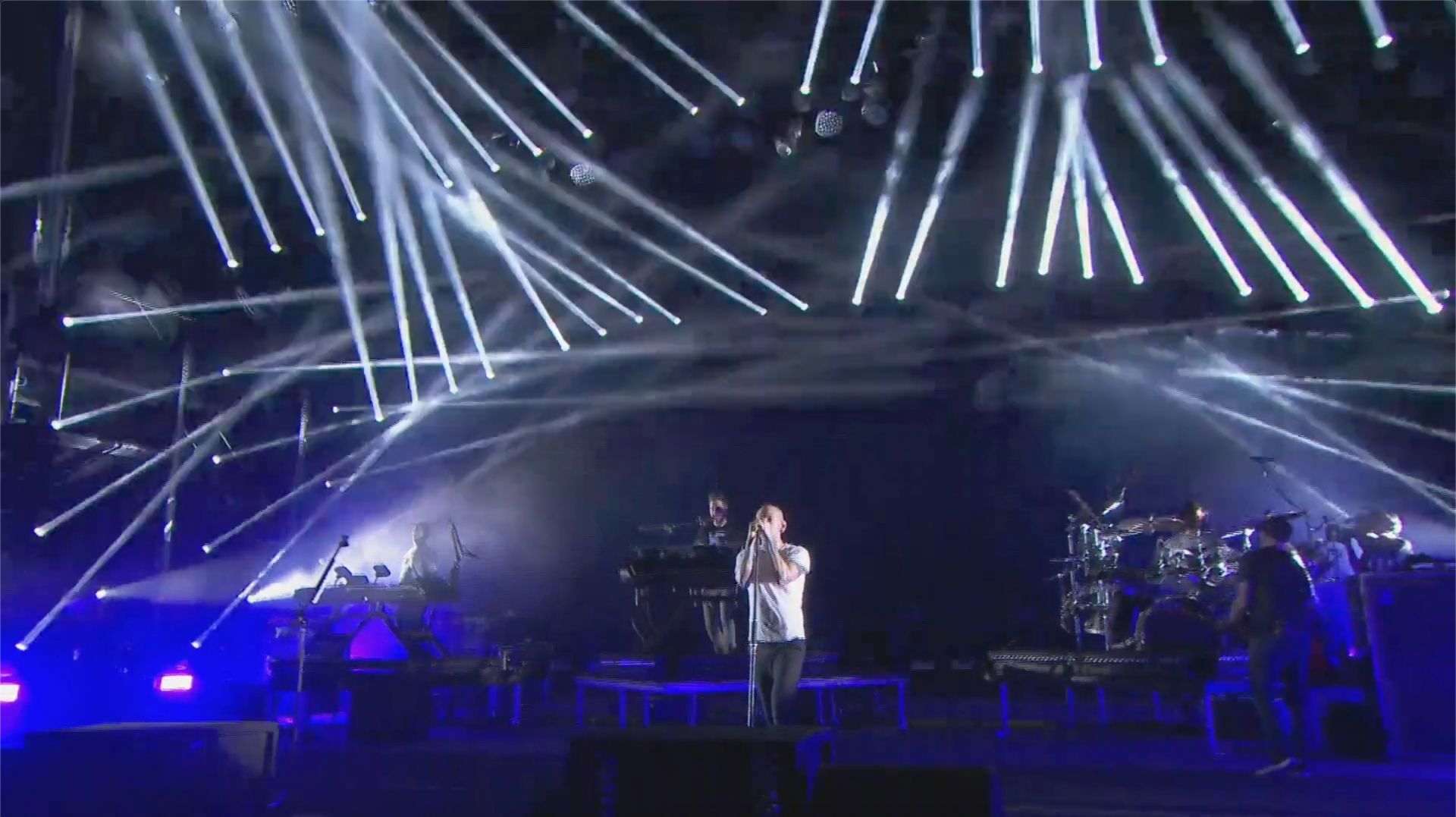 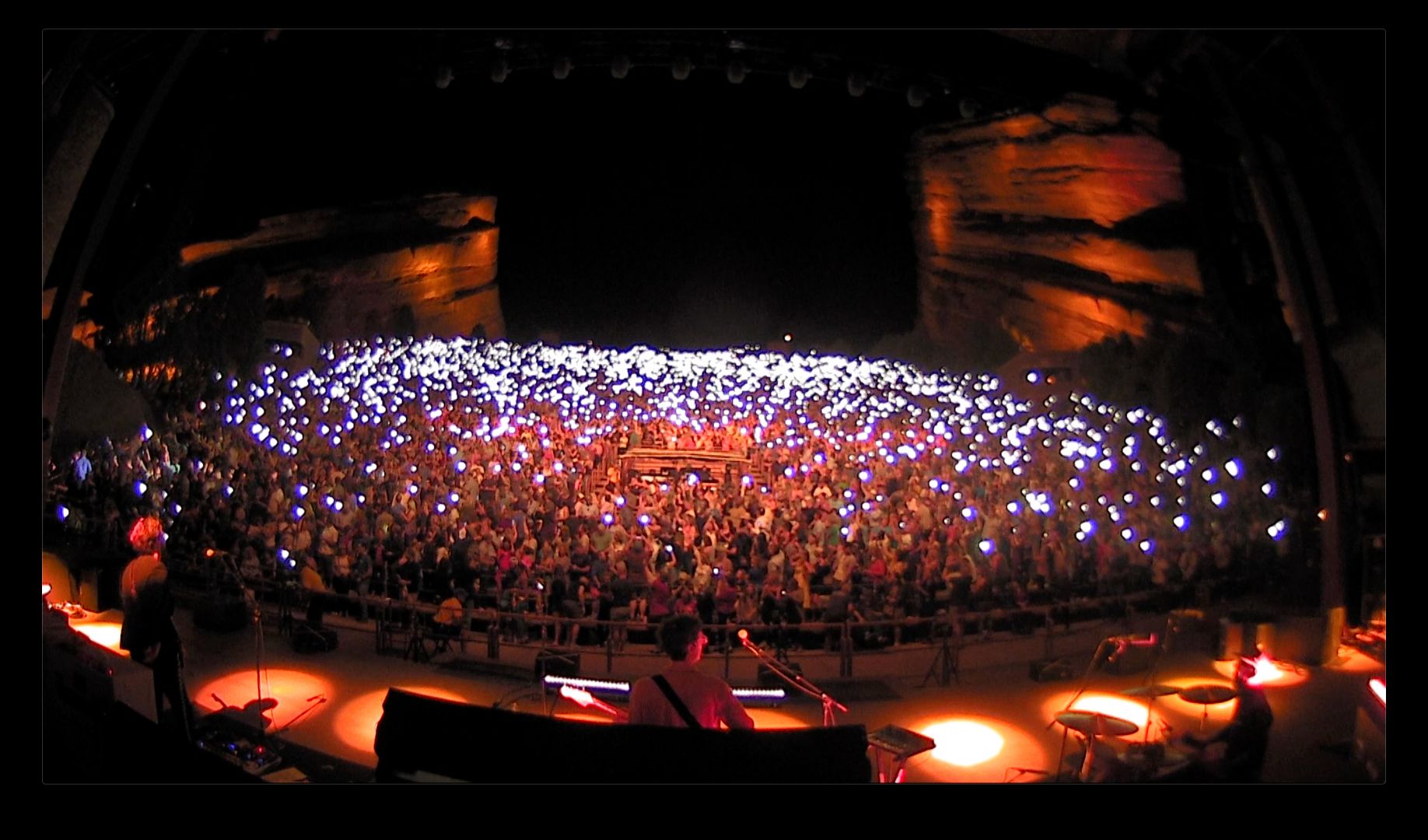 Let’s talk shop? Tell us more about your career, what can you share with our community?
Every time you attend a live concert or conference where there are side screens with footage playing of what’s happening on stage, there is a director and team of camera operators behind those shots. In more recent years, that live footage called “IMAG” has been added to the stage to provide a show look, with visual effects mixed in.

As a director my job can be as “simple” as cutting a live broadcast for a band, or more involved, with working with designers and artists to come up with on-stage camera looks that become part of the overall show design. Sometimes I’m inheriting a camera kit that the production manager has already selected, but preferably I’m picking my own gear for what’s needed based on the creative needs and working with vendors in that selection. On tour, I will work with the video engineer on building the system and setting cameras, and during the show, I’m often “cutting” cameras and calling shots live, without a technical director as is usual with TV/Broadcast.

The role of being a touring video director requires me to have knowledge of various technologies (cameras, media servers, projection and LED surfaces), venue specs (how much room do I have in the pit for cameras, what’s the trim height for screens, etc…), people management skills (living with your co-workers for an extended period of time can be difficult), and the confidence in owning a creative vision enough to replicate it night after night regardless of whatever curveballs might come up.

I didn’t learn any of this in school but I did come from a photographic background, shooting and coordinating fashion shoots. I fell into the music scene while living in Nashville, as a photojournalist for a trade publication. I became the editor shortly after shooting my first show (which was Linkin Park at Bridgestone Arena, January 2015), and that gave me reason to attend more industry events and network with vendors and production managers early on. I was eventually offered a Marketing position with one of those vendors and moved to Los Angeles, until one day I got a call from a production manager who “liked my eye,” and offered me the chance to tour as a video director, knowing I was brand new to the craft. I think having a documentary and photographic background and always questioning how the things I capture might be perceived by others, gave me some sort of foundation to stand on and grow from.

The biggest lesson I’ve had to learn, not just in switching mediums from stills to video, but in trying to make it in this industry as a whole, is how to use my voice. When and how to call something out that’s not right, be it a behavior of a crew member, or missing a shot while we’re live, or tech not working, or simply just standing up for my own ideas and creative vision. There’s always going to be curveballs, which is sort of the beauty of being “live.” I’m the voice in every camera ops head and if something is going off the rails, I’ve got to keep it together. There’s a lot of shouty directors out there — I try to avoid that approach because I don’t see it as very conducive to a healthy work environment. It’s live music—it should be fun.

But also, this industry doesn’t often reward “whistle-blowers,” or anyone who uses the word, “no,” because it’s built on the backs of people who’ve always said, “yes,” for the sake of being employed, which is a totally unhealthy and unsustainable. Just look at the numbers of crew members who’ve suffered from addiction, depression, heart attacks, sexual assault and so on… Knowing what my limits are, personally, professionally, and logistically, and that of the crew and system and being able to speak up when necessary is a huge skill and lesson I’m continually learning. If I don’t trust my own voice, I can’t expect anyone else to take me seriously and it’s a fine line to walk between being cocky and confident.

Let’s say your best friend was visiting the area and you wanted to show them the best time ever. Where would you take them? Give us a little itinerary – say it was a week long trip, where would you eat, drink, visit, hang out, etc.
I live in the South Bay and try to stay west of the 405 as much as I can (Hollywood is out of the question). When friends come to town I will often take them down to one of the beach cities nearby as there’s a plethora of cuisines to choose from anywhere you look. Japonica in Redondo and Hermosa Beach is a favorite for sushi, Killer Noodle in Sawtelle is a favorite for ramen, Poncho’s in Manhattan Beach is great for tex-mex (with a fun interior)… I’ll choose Redondo Pier over the Venice Boardwalk, hiking in Malibu with seaside views over hiking up to the Hollywood sign, and beach strolls over pool parties, any day. 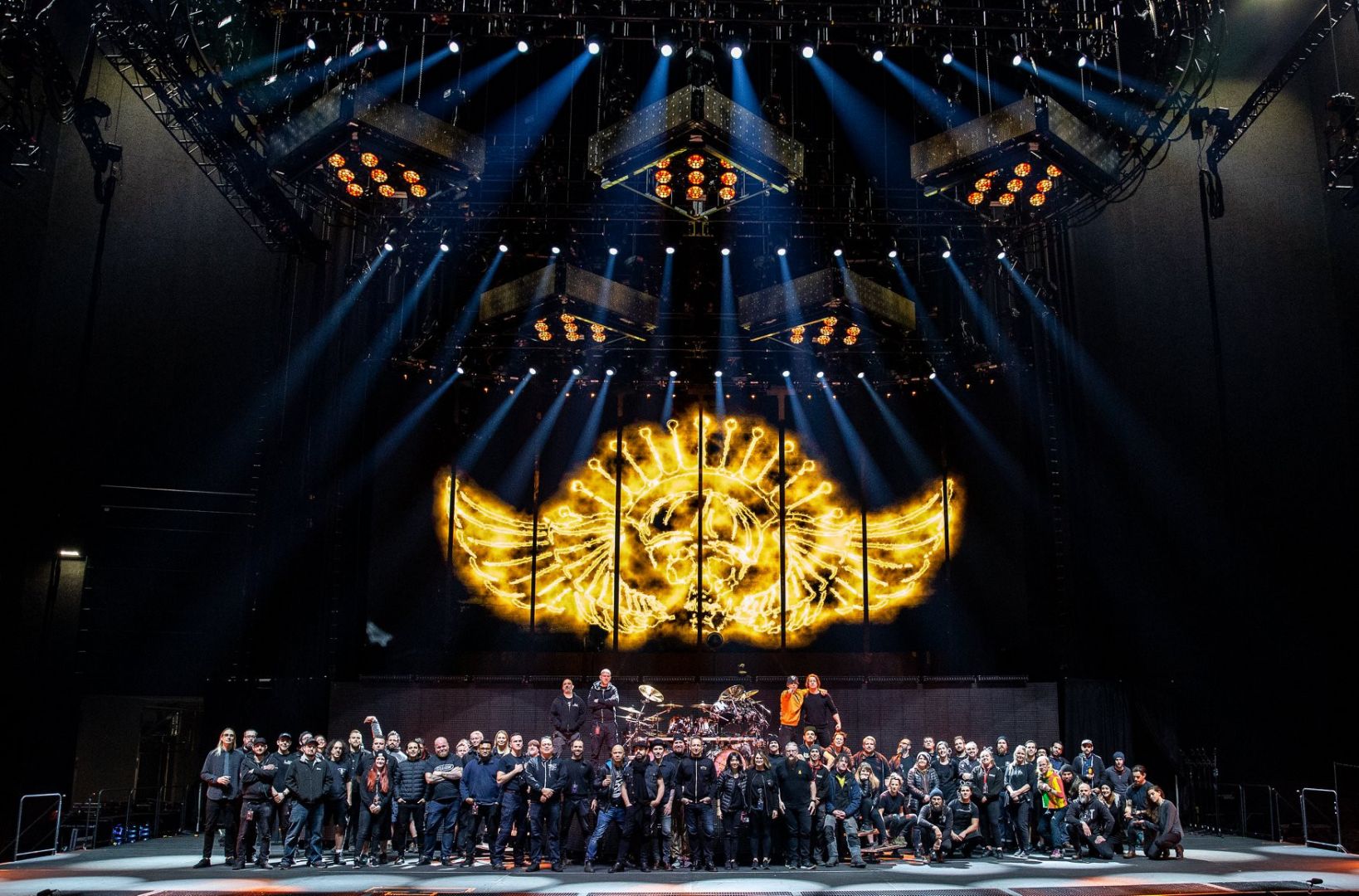 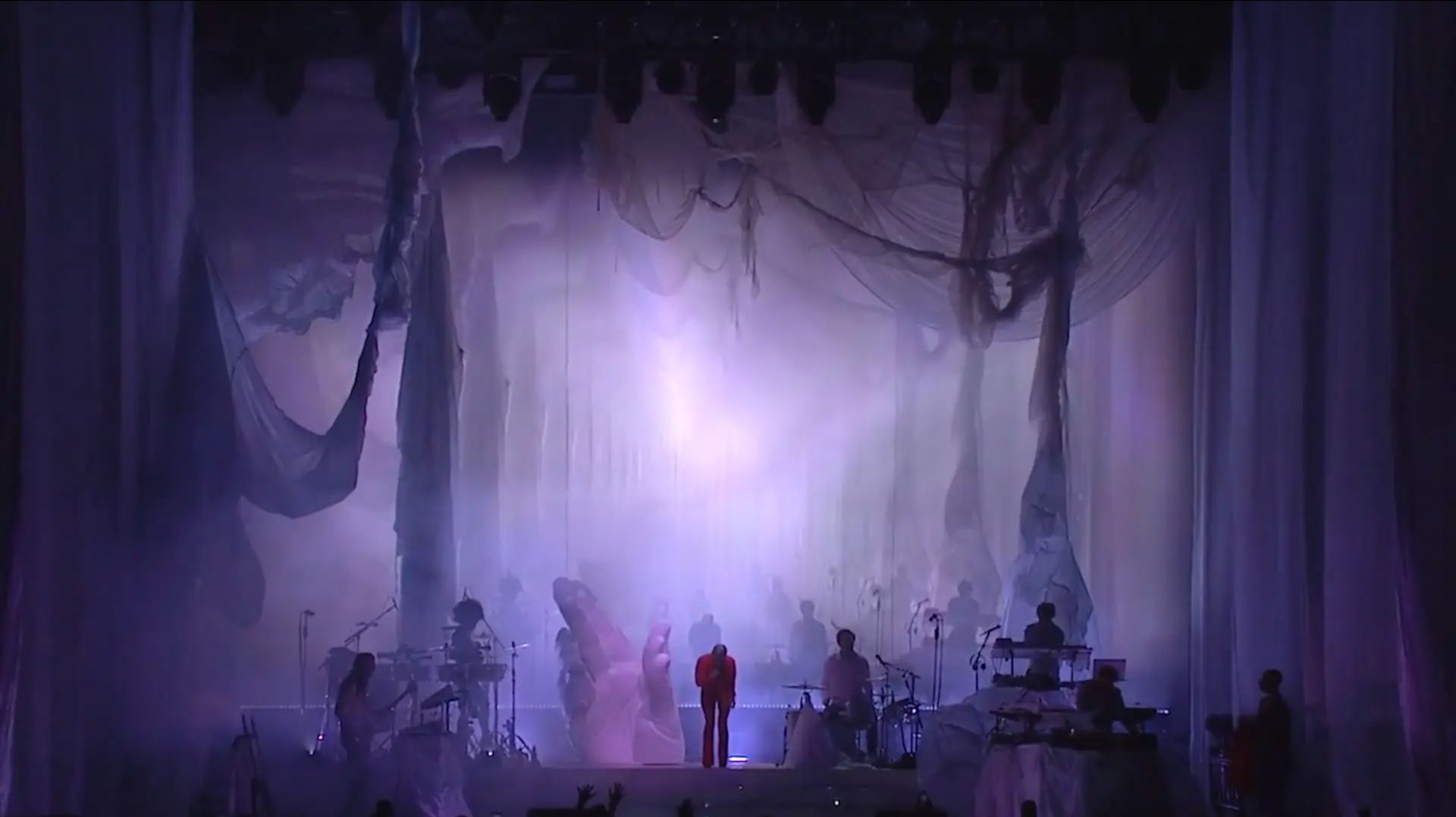 The Shoutout series is all about recognizing that our success and where we are in life is at least somewhat thanks to the efforts, support, mentorship, love and encouragement of others. So is there someone that you want to dedicate your shoutout to?
It’s a relationship driven industry. The production and tour managers, designers, and colleagues and crew members who’ve become close friends that have trusted and encouraged me to keep creating are the reason I’m in it and still in it.