We had the good fortune of connecting with Shirley Song and we’ve shared our conversation below.

Hi Shirley, where are your from? We’d love to hear about how your background has played a role in who you are today?
I’m an ABC. An Australian Born Chinese. Growing up in Sydney, Australia, I lived in close proximity to my grandparents who were professional Chinese theater directors, actors and playwrights. So at a very young age, I was speaking, reading and acting in Chinese theater productions. Imagine now, a confident but very much toned down, (debatably) less annoying, little Asian Honey Boo Boo. Minus the makeup, the glitz and glam, and the whole pageant-ness, and replace the Georgian Southern accent with a pretty full-blown Aussie one.

However, I never quite feel Australian, nor did I completely feel Chinese. I developed a self-deprecating sense of humor and would constantly put myself down so that I would fit in. It was a defense mechanism, a shield. “If I laugh about myself first, then no one else can harm me!”, I thought.

As an actor, I was always cast in either Chinese plays, as prepubescent boys, or the funny chubby Asian kid who appears for comedic relief. I was also a bit of tomboy, who is still, currently, waiting for her growth spurt. So no, I did not have ‘legs for days’, nor did I fit into the stereotypical ‘feminine standard of beauty.’ In fact, my last acting role was a Chinese eunuch!

Theatre and acting, needless to say, played a huge role in my life. It changed the way I view and observe the world; shaping me into the person and composer I am today – sensitive, empathetic, observant and aware. I developed a sense, very early on, of how music can underscore a scene, portray drama and even enhance an actor’s performance. Music can be more powerful than words. However, it also chipped away bits of my confidence. Growing up, the lack of diversity, the lack of people of colour, sexism and the racial stereotypes I witnessed, made me oftentimes feel less than my colleagues. Stupid, I know. But that accentuates why diversity and inclusion both on and off-screen is so influential and important.

Fast-forward, I decided I wanted to pursue a career where I was not in the spotlight, where my image, how I looked, my gender, my ethnicity did not matter as much. I was offered a scholarship at the Sydney Conservatorium of Music where I completed my Bachelor of Music (Hons) in Composition. I started writing concert hall music and music for theater. I did not know much of any ‘successful’ female film composers at the time, but I saw Tan Dun win the Oscar for his score on Crouching Tiger Hidden Dragon and for the first time I thought: “Hey, if Tan Dun can do it, maybe I can too!” So, when I was offered a scholarship to attend the Berklee College of Music, Film Scoring program, I packed my bags and bought a one-way ticket for the States.

Since moving to LA, I have had the immense pleasure of working for composers Mychael & Jeff Danna and have had mentors like Daniel Hart, Amritha Vaz and Laura Karpman who are constantly championing for more female and BIPOC composer representation. I have matured much, musically, under their guidance. 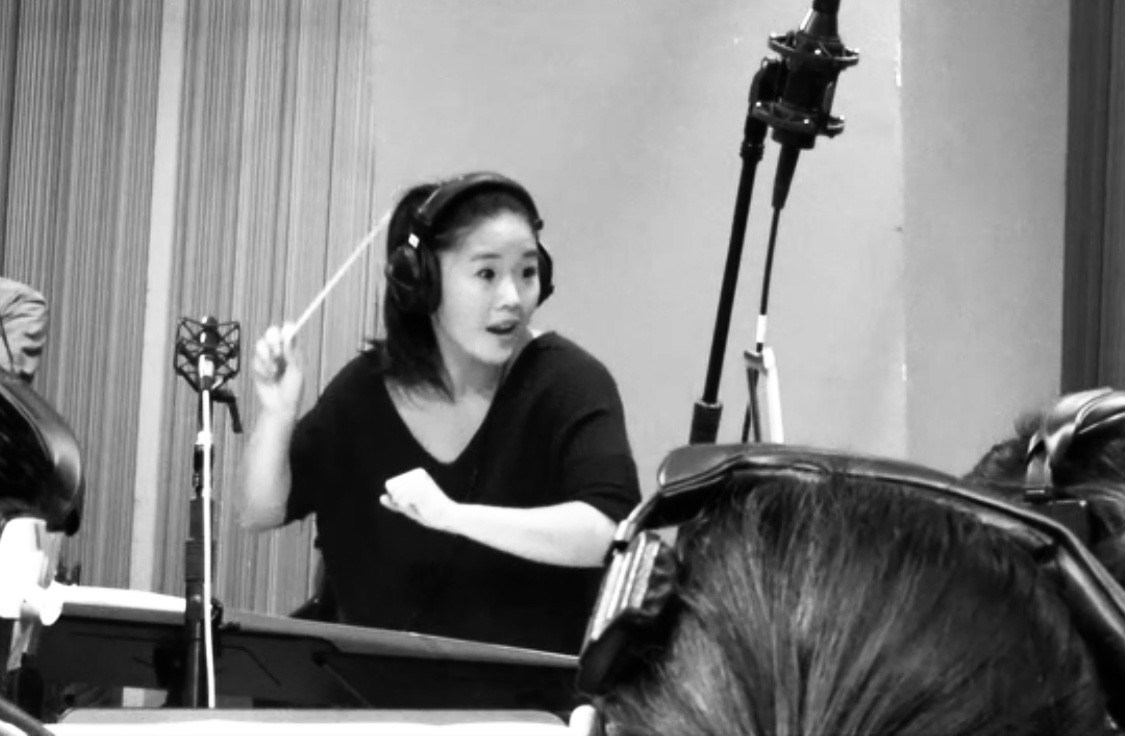 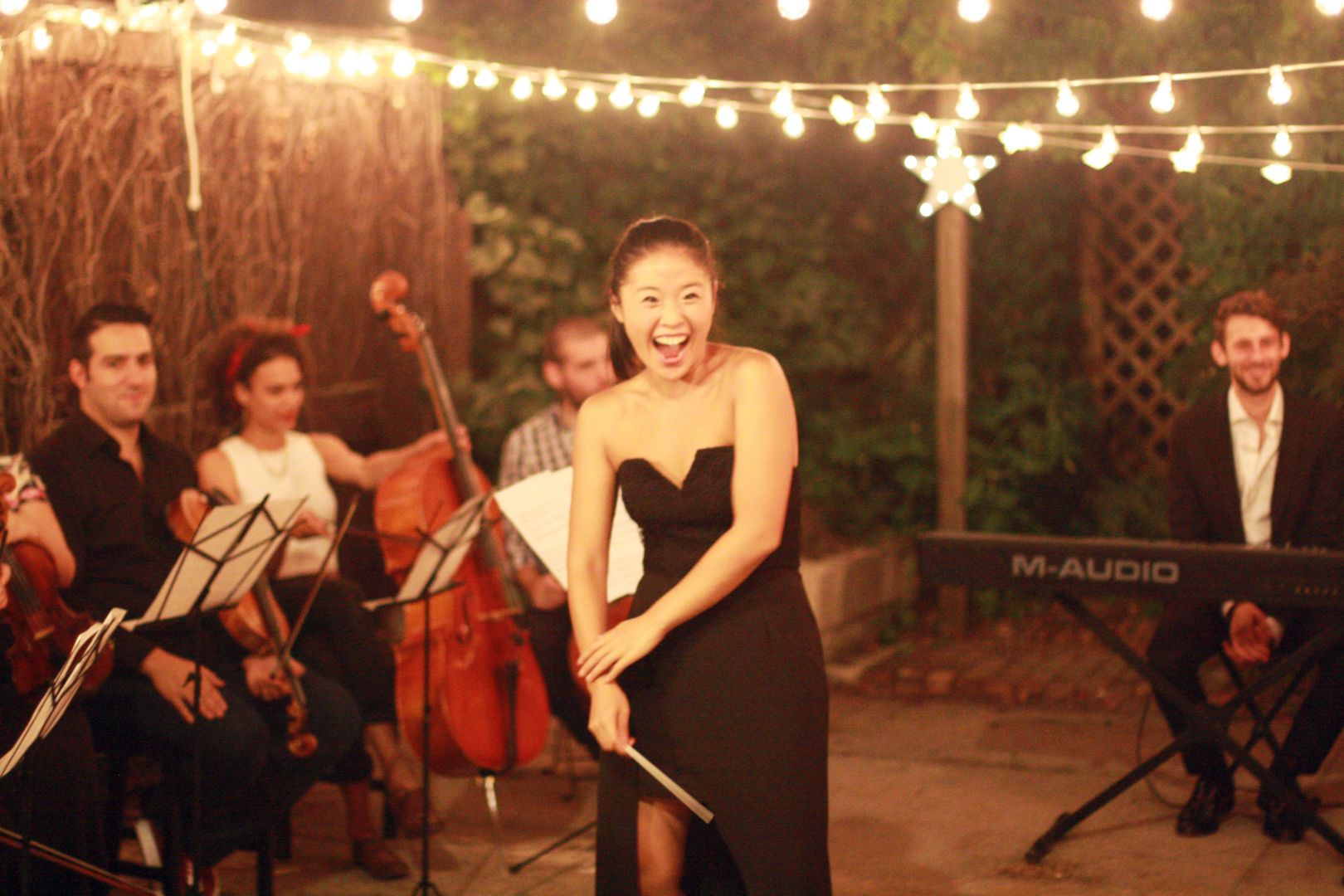 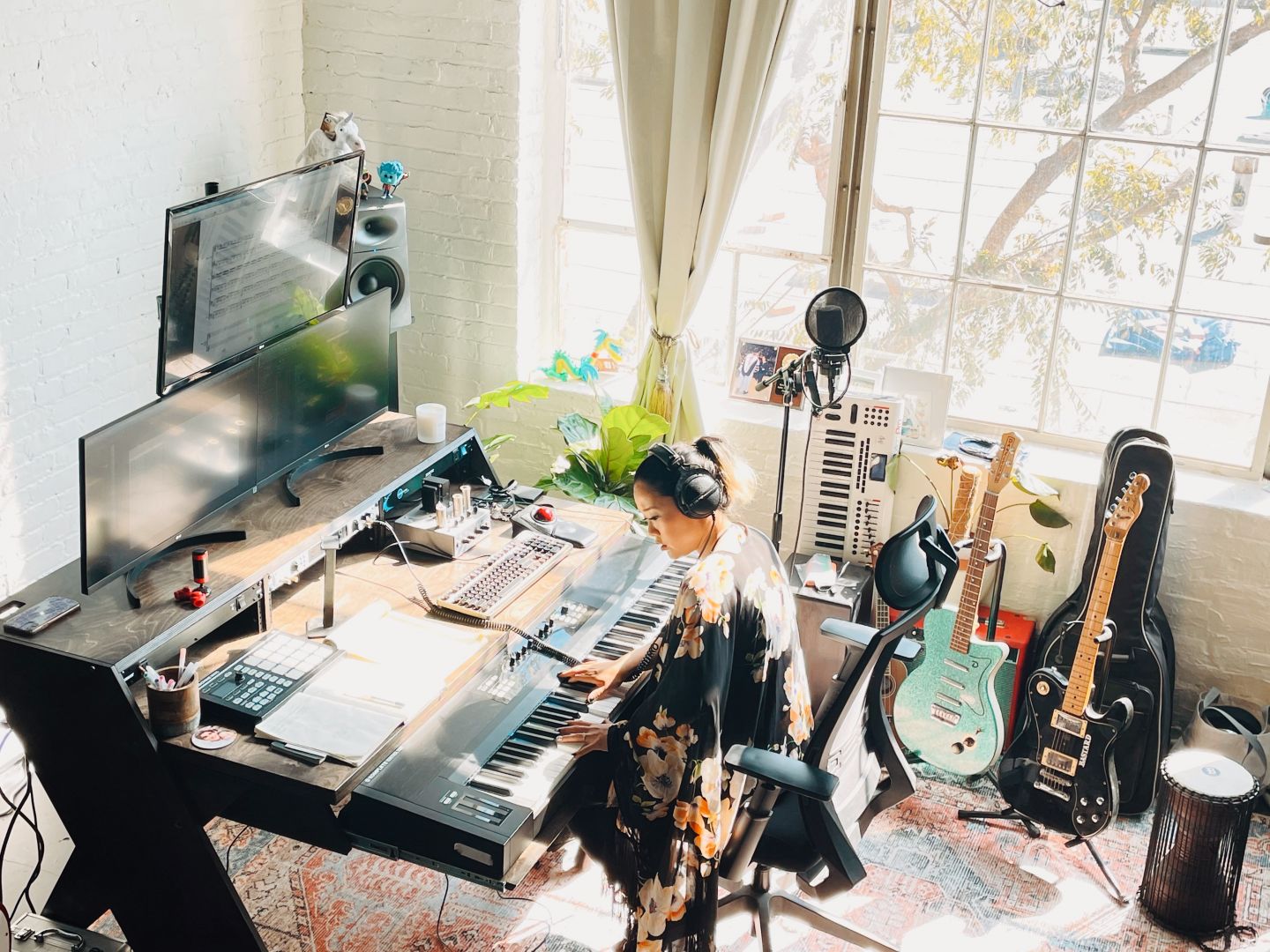 Let’s talk shop? Tell us more about your career, what can you share with our community?
Stubbornness, tenacity and passion. All three traits I fortunately (and unfortunately) inherit. Having graduated with a composition degree from the Sydney Conservatorium of Music, there was definitely an initial struggle with whether or not me pursuing a career in writing music for TV and film was a ‘sell-out’ move. But having grown up with a strong theater background, I was always fascinated with how music can enhance storytelling and portray drama.

From the moment I knew I wanted to pursue a career in composing for film & TV, I’ve never once looked back. Not even a tiny glimpse. Giving up was never an option!

Since moving to LA, more and more I realise that this industry is indeed much more than just talent. There is so much discipline involved and you have to really be passionate about pursuing this career in order to succeed – to embrace both the ups and downs. Talking to the Shirley I was from several years back, never would I have imagined to be working on Disney and Pixar films and TV shows. Never would I have thought that a few years into my career in LA, I would land an upcoming Christmas Netflix feature film with my good friend and co-writer, Jina An. What I’m most proud of, achievements and accolades aside, is that I’ve grown up to become a woman that I would have admired and looked up to as a kid. Not to toot my own horn, but I would want to hang out with myself!

It has been a lot of hard work, sweat and tears and patience to get to where I am today. But I persevered and will continue to do so. The main lessons I’ve learned along the way is to always be like a sponge, keep learning, stay focused, work hard, give back to your community and to always always treat others the way you want to be treated!

If you had a friend visiting you, what are some of the local spots you’d want to take them around to?
Let’s pretend our world isn’t Covid-ridden right now!

Since I currently live in the Downtown area, there are so many café’s and bars I would love to take them to to give them a taste of urban LA! For e.g. Maru Coffee, Stumptown, Cafe Dulce…too many great cafe spots to name!

Would also love to show them Santee Alley and contrast it with Little Tokyo. Grab some udon at Marugame Monzo or some good, soulful, hearty ramen!

The Venice Boardwalk, Abbott Kinney and Santa Monica Pier are also a must. These locations are just so iconic. It was definitely one of the places I wanted to visit when I first came to LA for vacation. Let’s also not forget about the Griffith Observatory…there’s also just something about seeing that Hollywood sign.

I would perhaps also suggest the studio tours, Universal or Warner, just to give them a small sense of the industry that I work in. 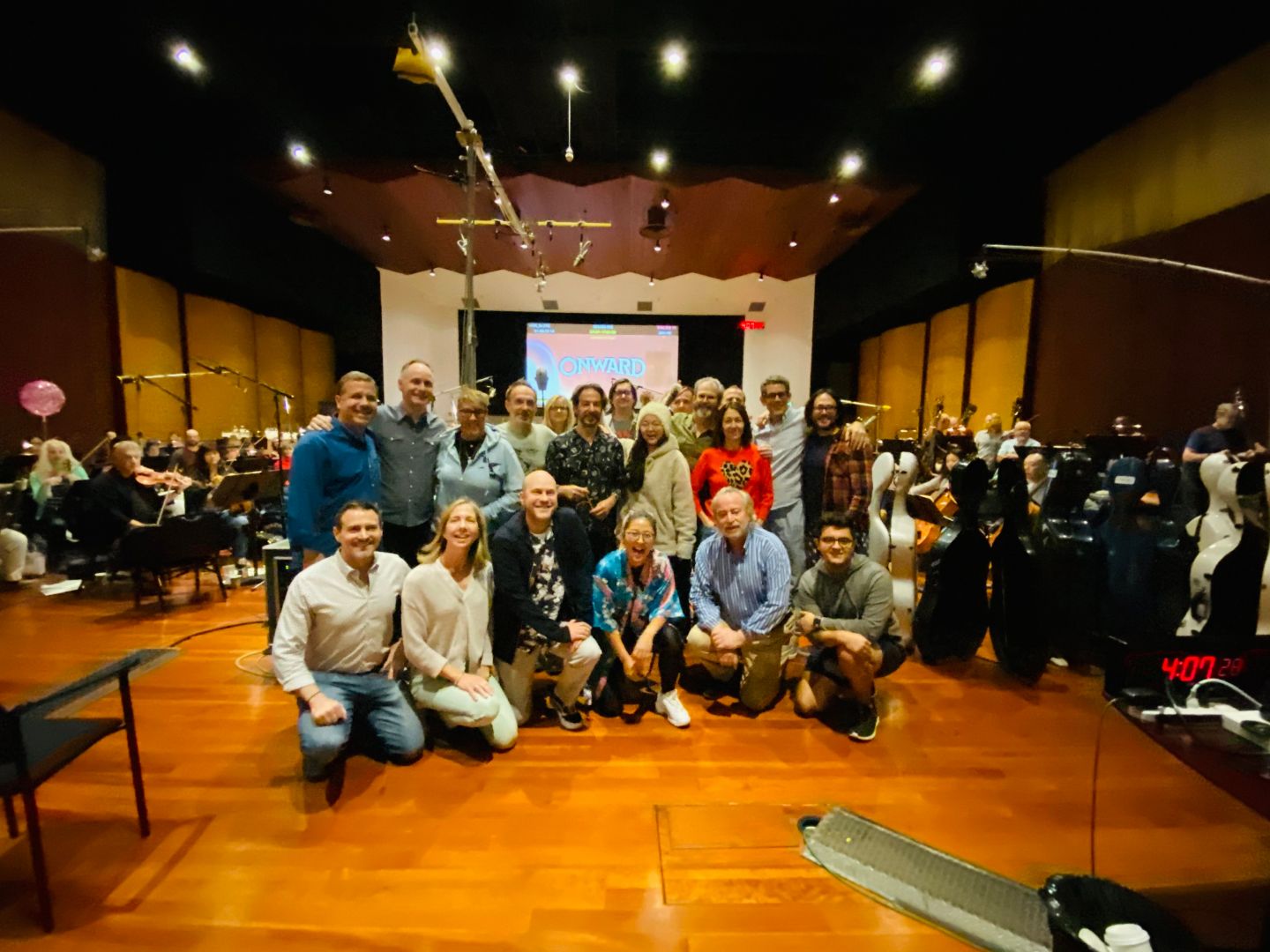 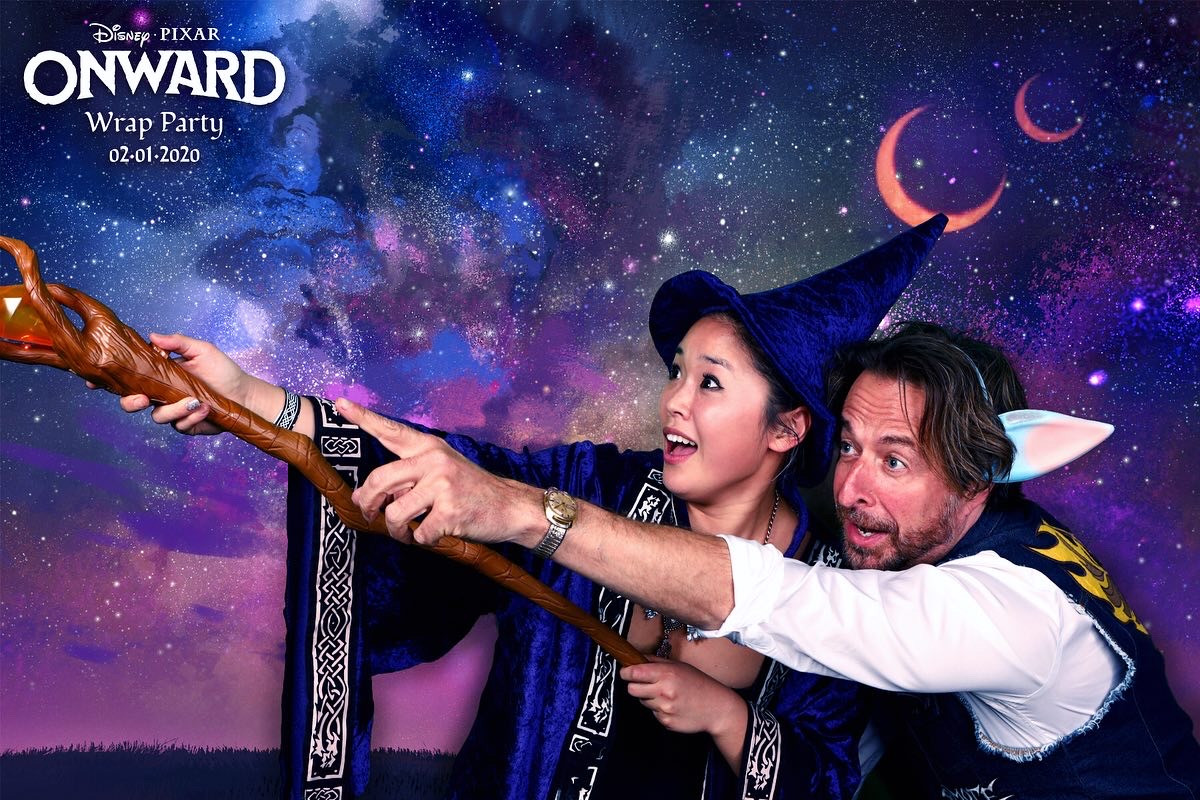 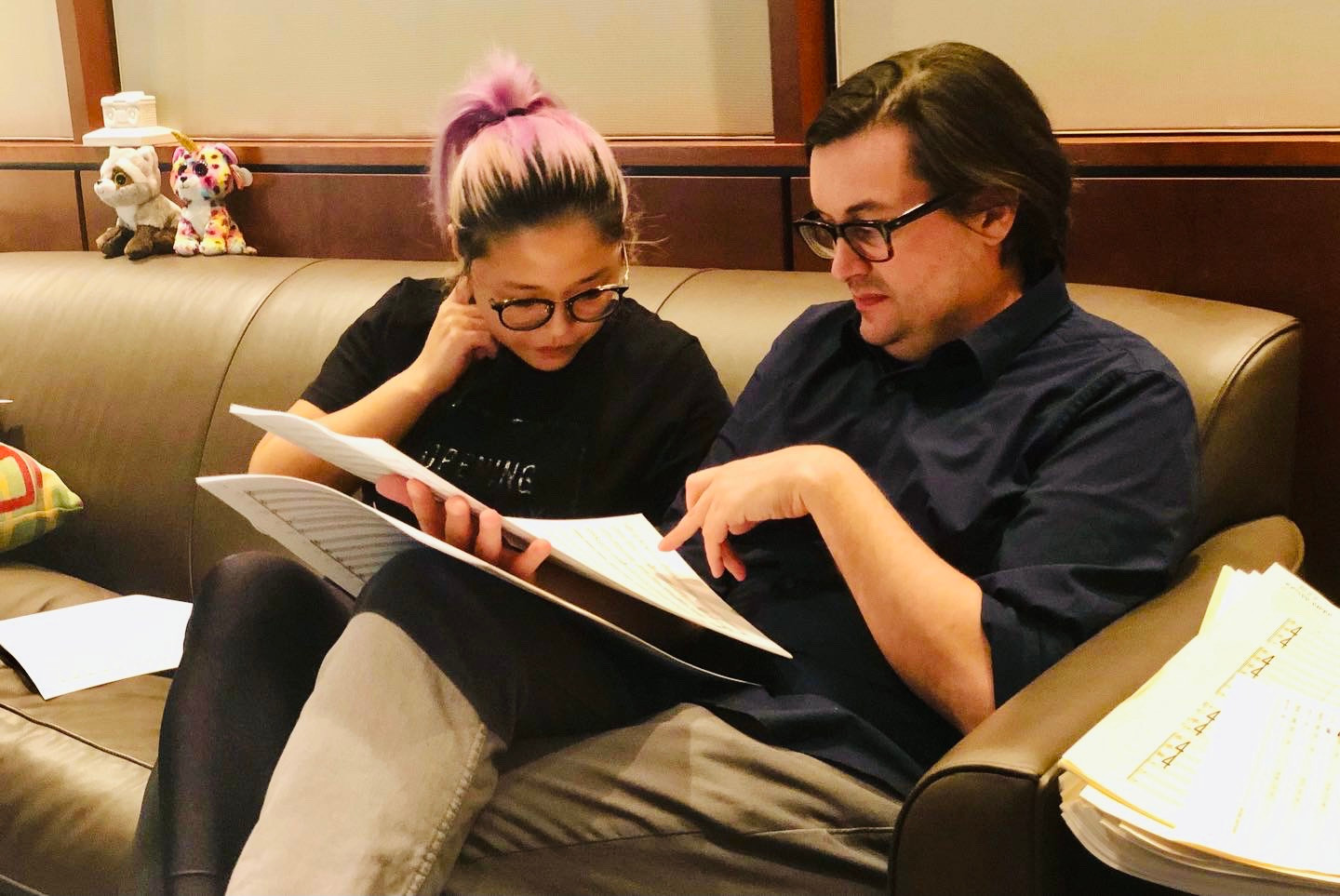 The Shoutout series is all about recognizing that our success and where we are in life is at least somewhat thanks to the efforts, support, mentorship, love and encouragement of others. So is there someone that you want to dedicate your shoutout to?
To my parents and grandparents who have supported me unconditionally! Also to my co-composer/writing partner/partner in crime, Jina Hyojin An