We had the good fortune of connecting with Sikandar Sidhu and we’ve shared our conversation below.

Hi Sikandar, what was your thought process behind starting your own business?
I was born with Asperger which made me perceive an impulse differently than how a neurotypical human being would. So it was very important for me to get information before I could start making content. With this criteria I applied to the film schools that I believed would help me with my development. So I decided to go to a film school before starting the process of creating content. After graduating from the University of Southern California with my masters in Film & Tv Production I realized there was a huge gap in content creation when it came for Indian distribution. Most of the content that was made about India or with Indian characters were developed by mostly American Caucasian writers and producers. These choices were made because of the rise of capital that was being raised out of theatrical distribution from the Indian audiences. This is the same time Indian ticket prices rose from $5 to $15 it is today. But the biggest issue facing this workflow was that the movies created by Americans that were created for domestic American release were still making more returns than specifically catered films for the Indian market. I started wondering why is it that this content is not working in India?
The writers are master craftsmen with experienced producers who clearly know what works as a film formula. Then why wasn’t this formula working for India? This is when something hit me. I wrote a short film about all Caucasian characters about a very American love story as my USC thesis film called Goldfish. I used every technique taught to me in film school and the script was developed within the writing structure of traditional Hollywood. All the crew was from USC. But this film never worked as it should have because I wrote a story that I think is the life of an American.
This is when I realized now matter what formula we use, we still need people who come from the world to tell a story set in the world. With the Chinese distribution very closely controlled, Indian movie market became a huge pulling factor for me. I realize that because I grew up in India but I was educated in America, it made me sit at a very unique position. I can write for both the audiences because of my education and life experiences as well as am in a better position to judge the market.
For example I started with the idea of language spillover territory in India division. What I mean is if we look at the country as a whole there are hundreds of languages. But there are major 10 languages which are spoken in more than two states within the country. This makes these 10 territories to have their own IP recycling within the same universe. What I mean by this is if I can create a story that has multiple characters from all over these 10 territories and if this film works. We create an IP that can then be recycled into spin offs in these 10 territories with the protagonists being the original cast from the original IP. This leads to a Marvels effect within the country. A movie called Pushpa was able to capture during the pandemic 5 major languages within the country to gross a massive profit. Another epic called Bahubali was also able to do it for multiple territories.
When all this came together I decided it was time to start my own production company that created content for both the US and the Asian market. So I wrote and directed my first English Romantic Comedy feature titled, Chindia last year. The film is about an Indian family that has to meet with a Chinese family when their kids decide to get married to each other.
This project got me noticed by Suburban Entertainment which has optioned another romantic comedy feature titled, Nihao Namaste with me attached as the writer and the director. This project is also targeting the Asian market very seriously in addition to the American release. 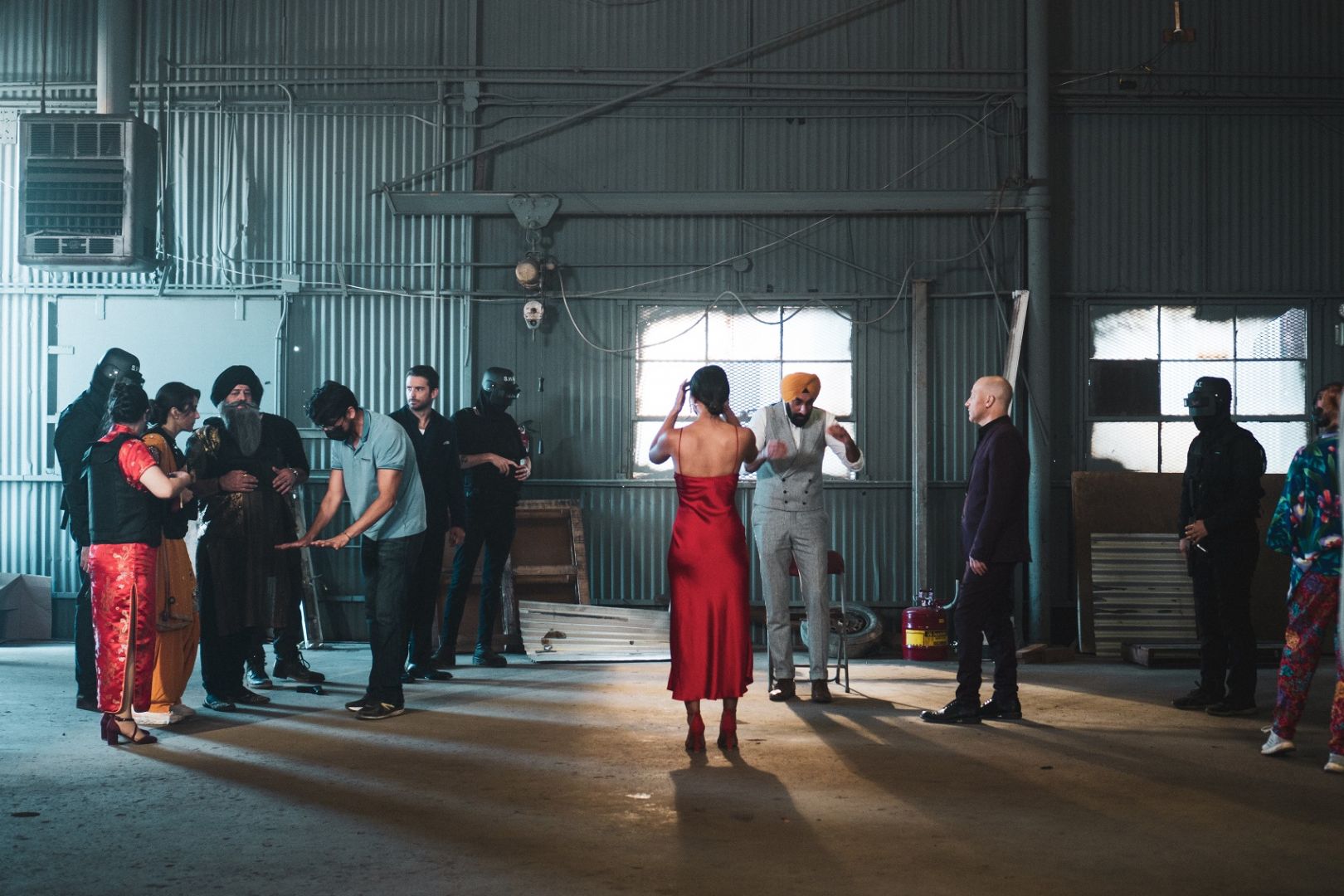 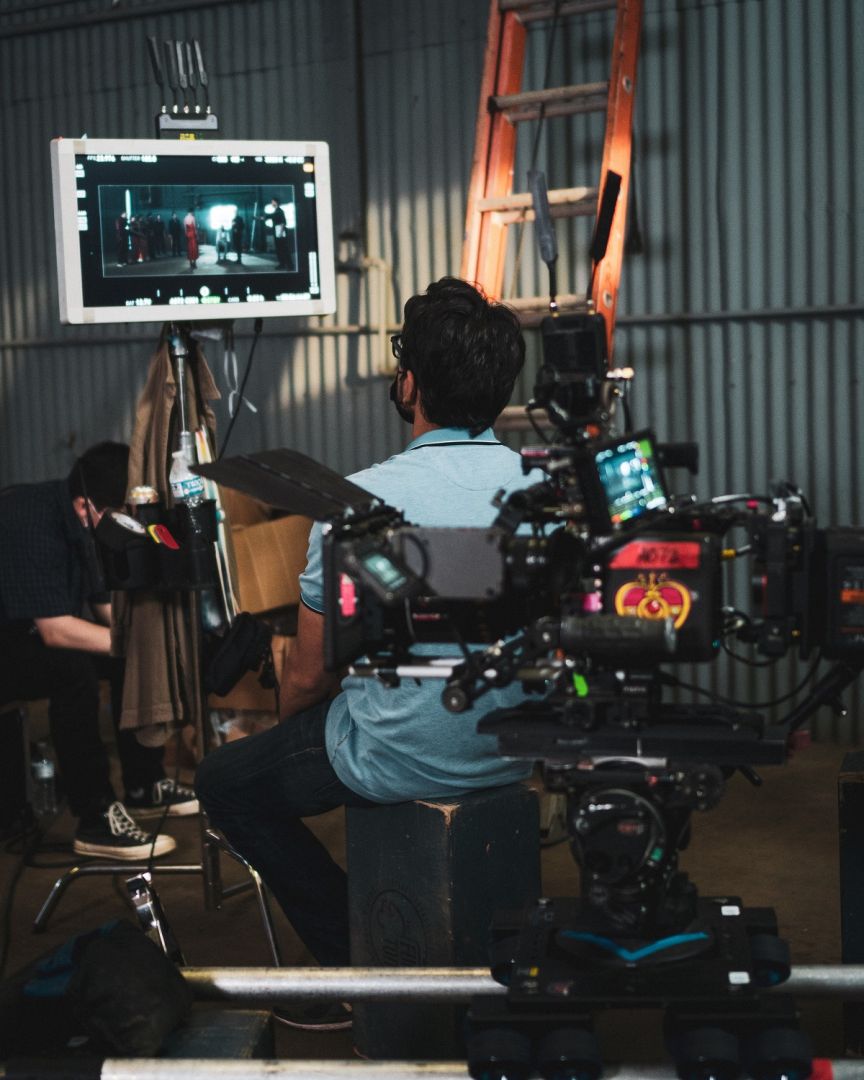 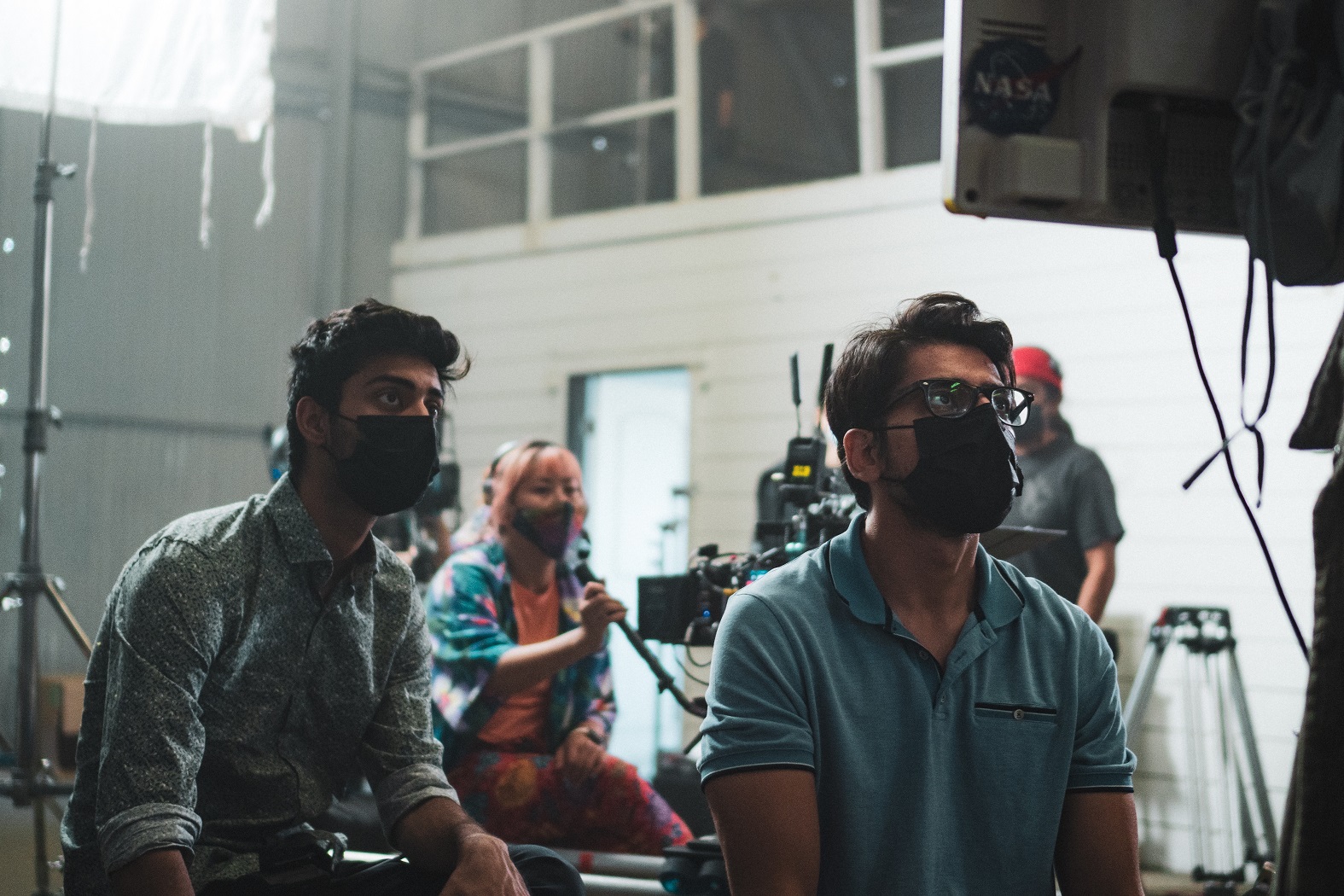 Alright, so let’s move onto what keeps you busy professionally?
It took me a long time to understand what I wanted to become. It took a lot of reflection and observation to know what kind of artist did I want to be eventually. So I bounced around a lot from one place to another without ever closing off an idea before trying it out. This made me work in Virtual reality, Augmented reality, Virtual production, Music productions, etc. While I was doing these things often people warned me against getting lost and side tracked from the main objective. But today I can see how all this played a very important role in my development.
By getting this computer coding knowledge that seemed almost useless 5 years ago, now puts me at an advantage as the industry moves into Virtual production. This knowledge gave me an advantage to talk to the Indian government associated with tech development. I am currently working with an Indian Gaming development company to develop a Virtual production studio. With the demand increasing in the American market there will be a need for outsourced work especially for platforms that do not have a theatrical model such as Netflix and Amazon. So I want to be the bridge between creators here and the engineers in India to collaborate together.
The biggest lesson learned here was that no knowledge is useless and I am very grateful that I did learn this extra stuff at school. It wasn’t easy to try to convince myself that I am doing the right thing but I kept telling myself no information ever goes to waste. And today I am happy I followed this instinct.

If you had a friend visiting you, what are some of the local spots you’d want to take them around to?
I love going to the beach especially when I need to think of ideas. It feels like the consistent sound of the waves and the visual stimulation helps me jump start my brain. It feels like these two stimuli force my brain to fire more impulses and help me think faster without breaking the chain of thought. If someone was visiting I would love to show them the beach and sit quietly waiting for a thought to come. It feels like if you let go of the control over the thought the beach makes it feel like a kite flying in the wind on its own terms and we’re just there to enjoy it. The second favorite place to visit is the Mulholland drive. There is a scenic viewpoint where at night you can see the entire city. It’s my favorite place to go to when I have any anxiety. Watching the city from there makes all the problems smaller. It gives me the strength to take on anything in this city. So I would take friends to this viewpoint where I believe a lot of artists have stood at thinking something very similar.
Solvang is a small town where I always take people who are visiting. It’s a very interesting human experiment town where I see nostalgia and the love to be a part of something. Since America has no culture apart from the Native culture the whole country feels exactly the same. But this place gives people a chance to belong to something that is not just bricks and structures. Its a fascinating place to watch people realize the importance of belonging rather than being from a place. 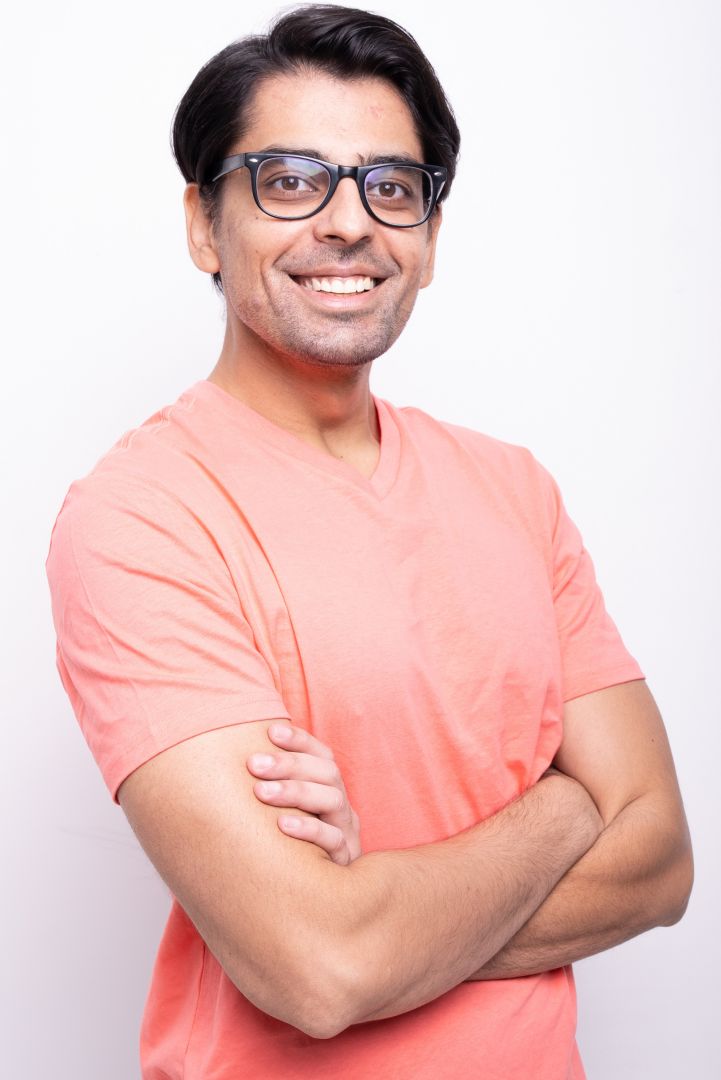 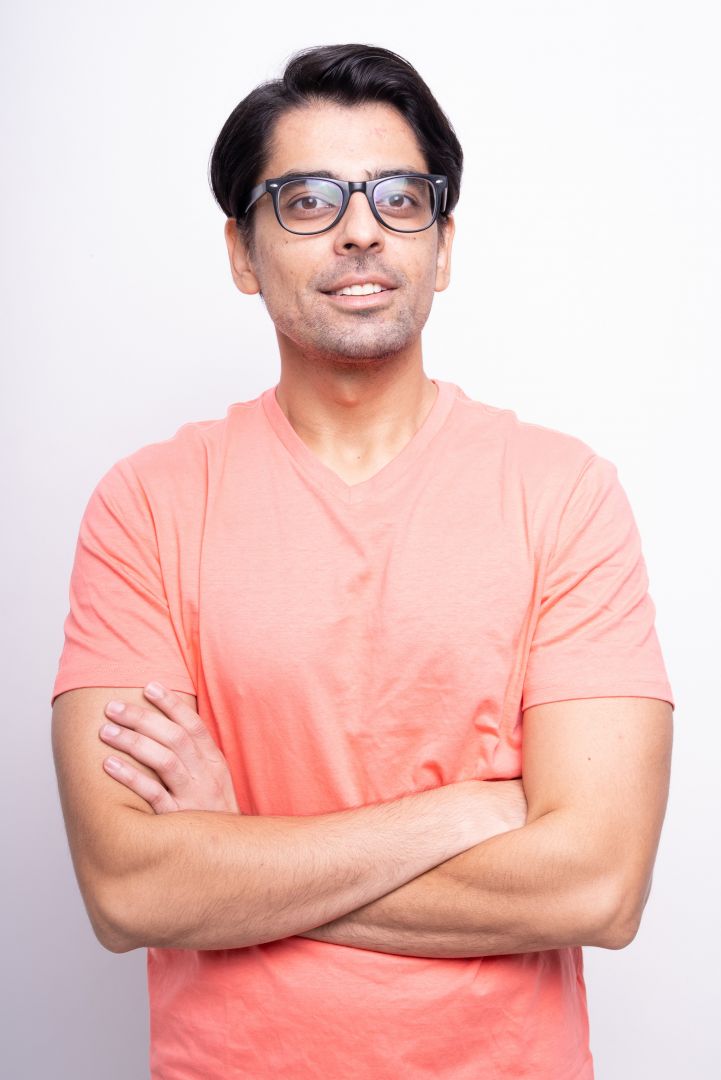 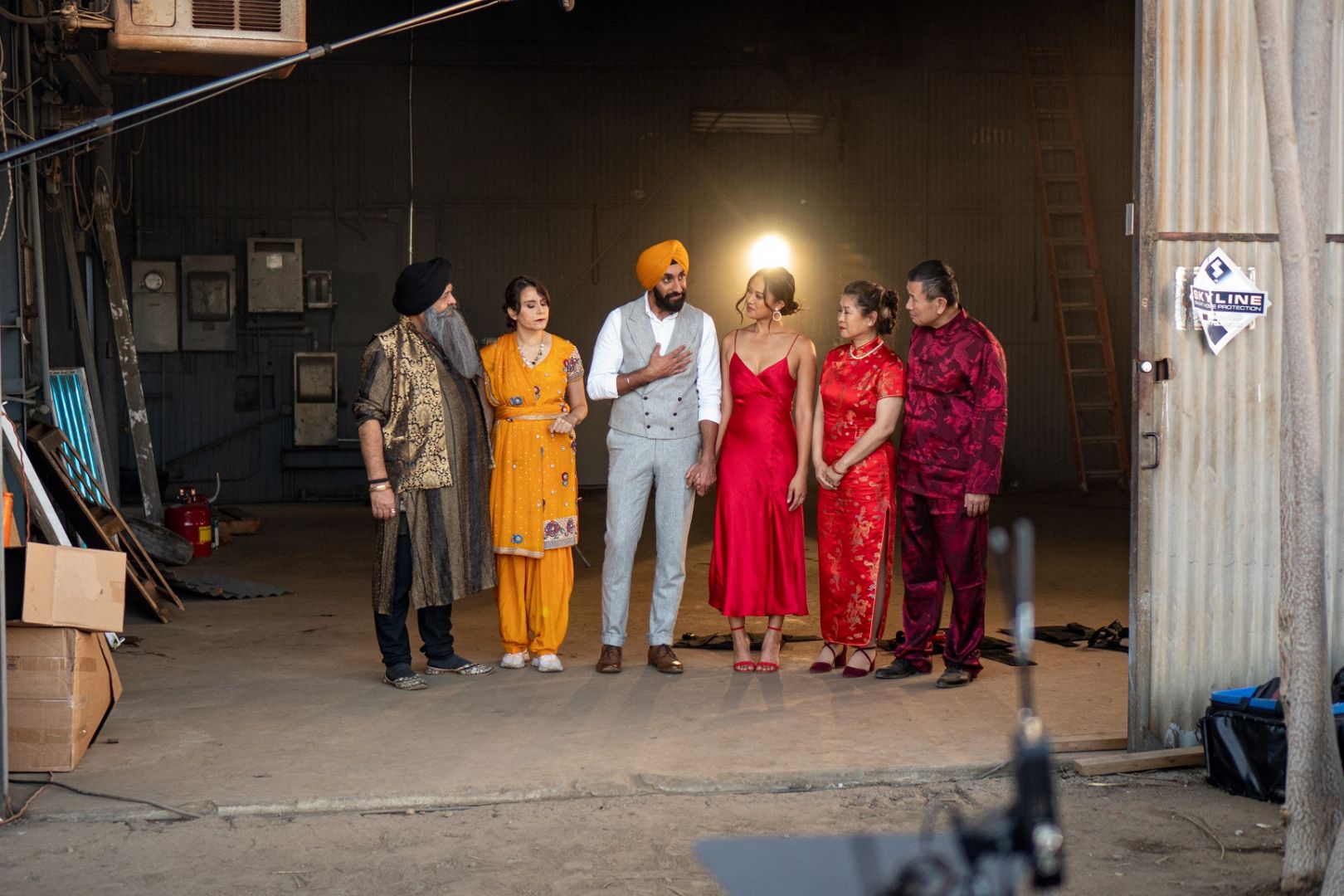 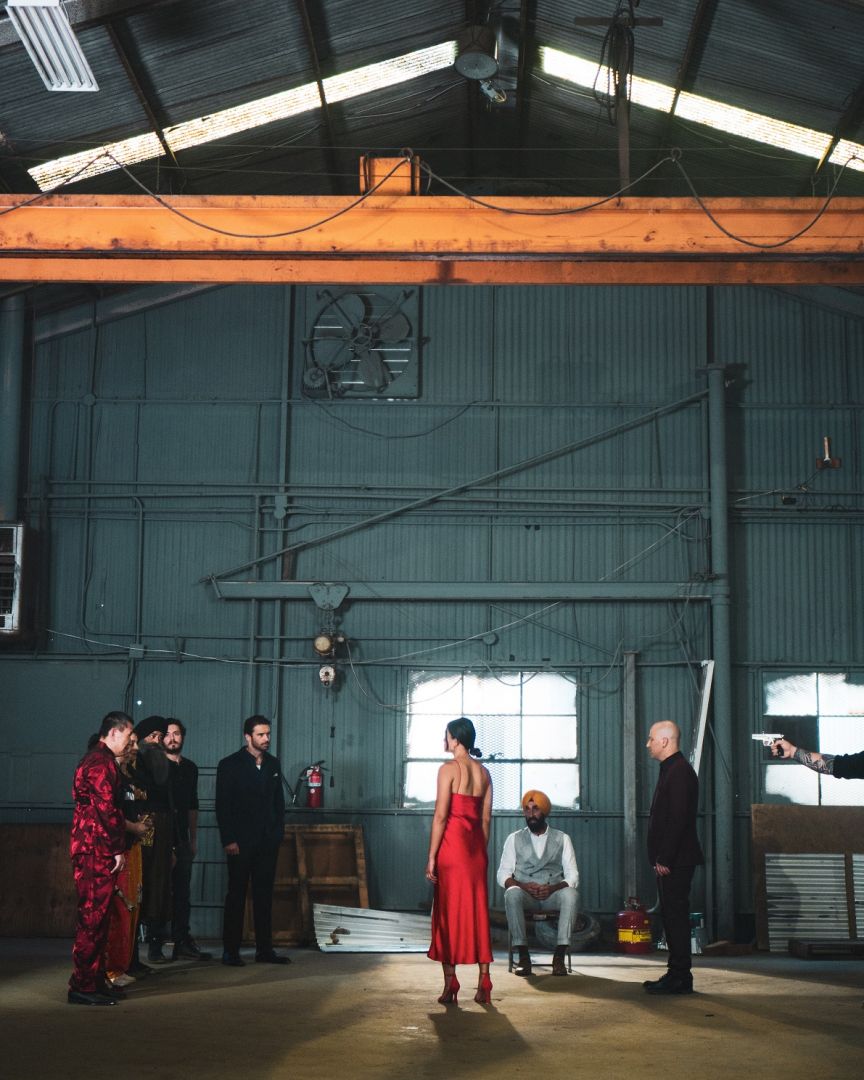 Who else deserves some credit and recognition?
I always knew I wanted to be a filmmaker but there was always a feeling that I’m missing something. It was like I want to write a novel but I don’t know A B C’s very well. I think the biggest strength that I use to pull from is the education I got at USC. For me as someone who suffers from Asperger, it was very hard to work in a field that seemed so unorganized and wild. It will when I got to the school that I realized the math behind the madness. These building blocks prepped me to a point where I can see the workflow while reading a script from the sound design to the visual scene transitions to the color of the scene with the story structure.
This ability helps me so much while in preparation and I feel very comfortable with changing almost anything on spot. When an actor or a crew member throws an idea while blocking I don’t feel pressured because of the math taught at school. It takes a few minutes to see the overall effect this one change will have on the final product.
So more than me I believe that it is the collective knowledge and the system of approaching the workflow that is behind the work. So at the core USC professors and their collective knowledge is what I feel helped me get where I am the most.