We had the good fortune of connecting with Takeshi Nakamura and we’ve shared our conversation below.

Hi Takeshi, why did you pursue a creative career?
I pursued an artistic and creative career because I always saw art as a way to connect with the world and the people around me. I use my artistic abilities to communicate and send messages through my unique floral arrangements and I always find that this method never fails to speak the right words. Flowers always send a message of love, hope. and positivity and I think that is so powerful. One example is an annual tradition Angeluck, Inc. does, where we design and send a beautiful, large floral arrangement to Michael Jackson’s burial site to show our true love and appreciation for him and his music that we always have for him, even after his tragic death. We usually create these arrangements to send not only the love and respect from us, but from the many fans from Japan as well, that ask for a place for their name and message on the arrangement itself. It always creates a stunning attraction for the burial site and amazes the millions of fans in America and everywhere else in the world, as the fans can really feel the devotion and adoration for Michael through the beautiful, and colorful flowers that create the arrangement we make for Michael and for the fans that will always appreciate him. The power that the art through flowers can carry continues to astonish me, furthering my deep passion for creating art with floral arrangements every single day. 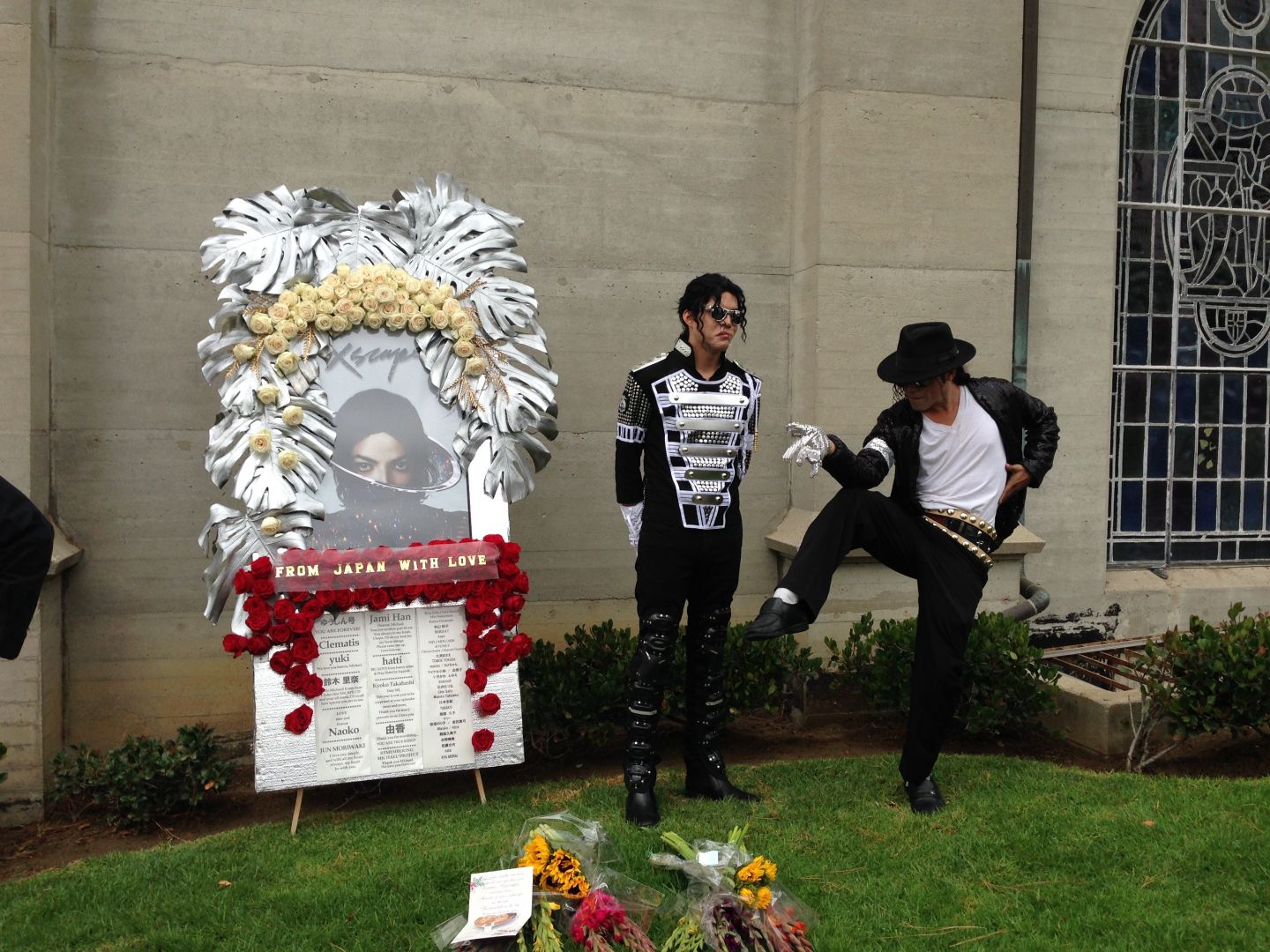 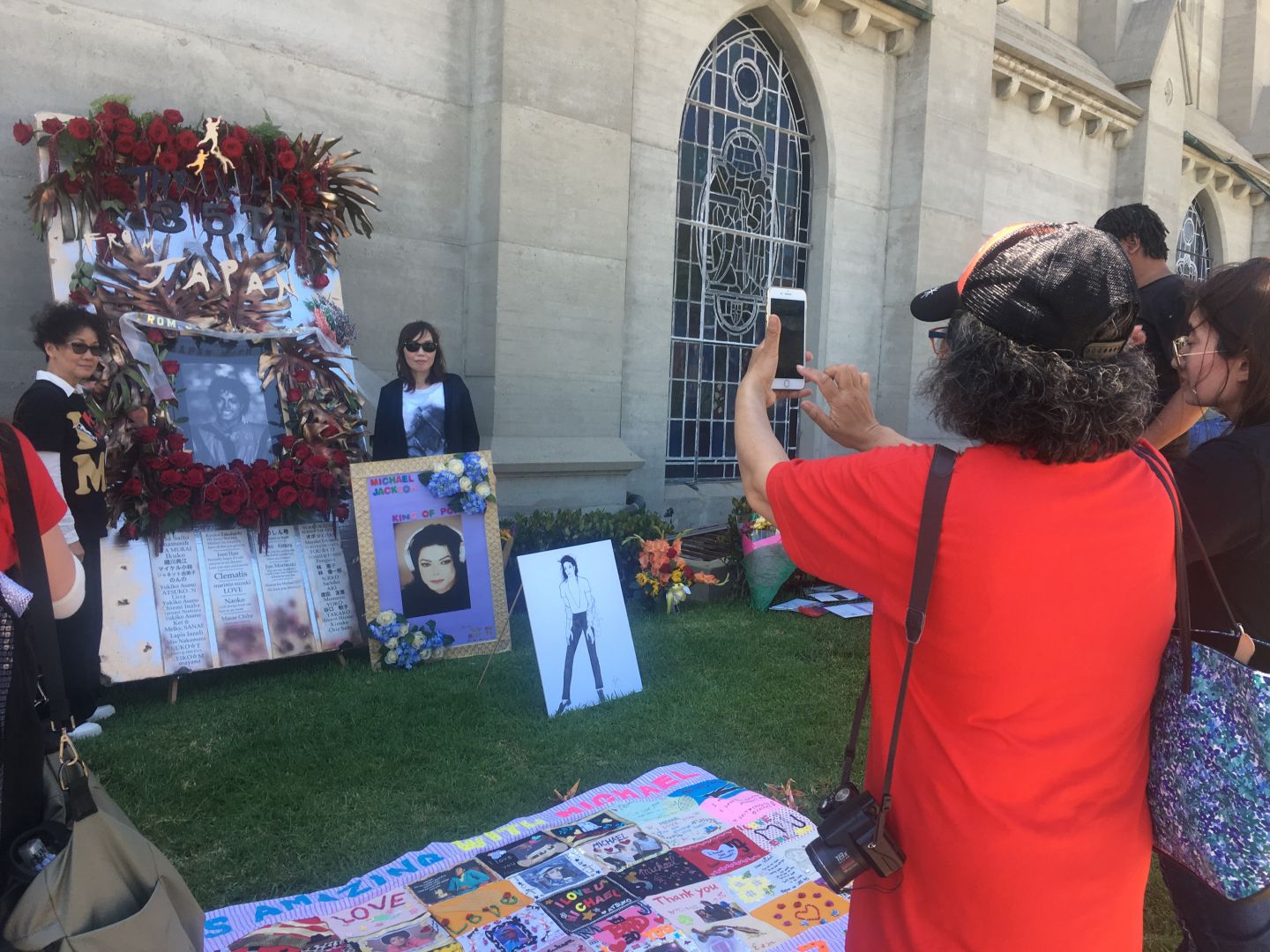 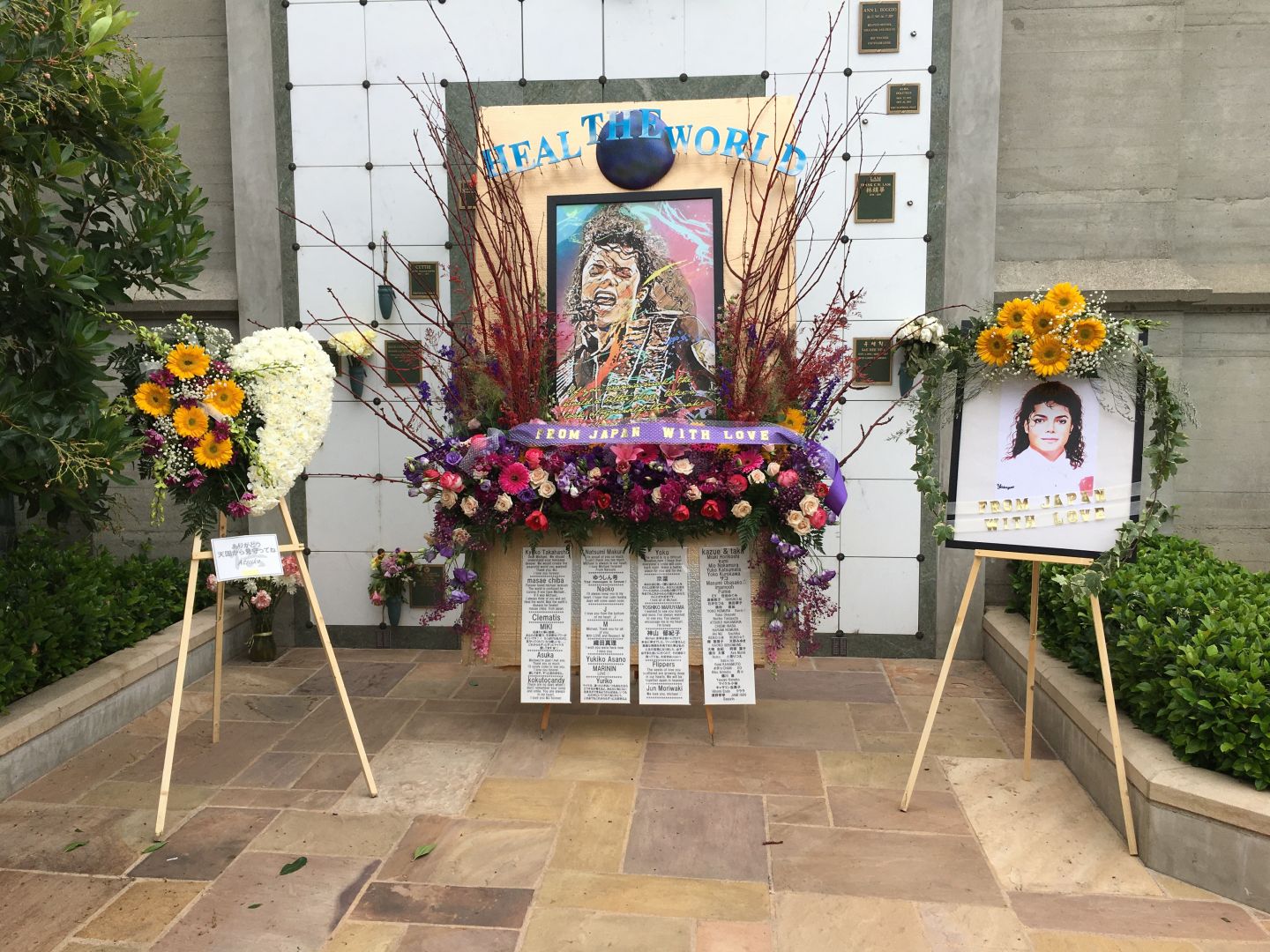 Alright, so let’s move onto what keeps you busy professionally?
I own a license for Japanese traditional floral design ikebana. I learned American floral design in Northridge, California where he worked for an American florist. Then, I went to Europe and worked for the florist in Rotterdam in the province of Holland and learned European floral design. The owner of the florist there was the world champion. For this reason, many people say that my design is unique because it contains a combination of American, European, and Japanese design. However, when I opened my own shop, I was not fluent in English. Thus, it was difficult for me to communicate with certain customers. Also, right after I began the business, there was an economic recession. I had a hard time managing my business at the time. I learned many things along the way. Because my shop was located on Melrose Ave in Hollywood, I found out that the rent was too high, and there was not enough parking space available. Therefore, I decided to quit the shop. I was finally successful when I began Angeluck, the business that still exists today. 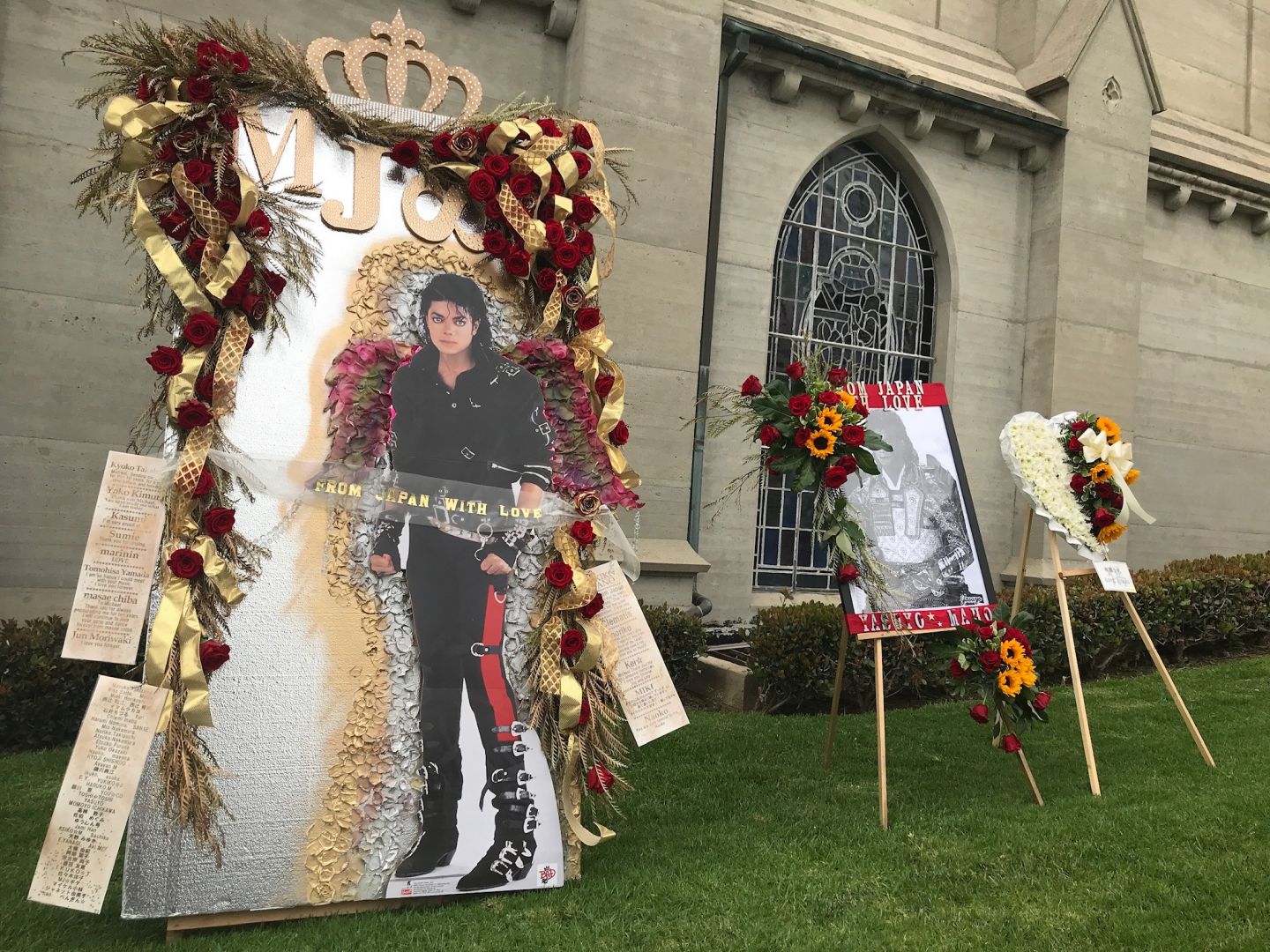 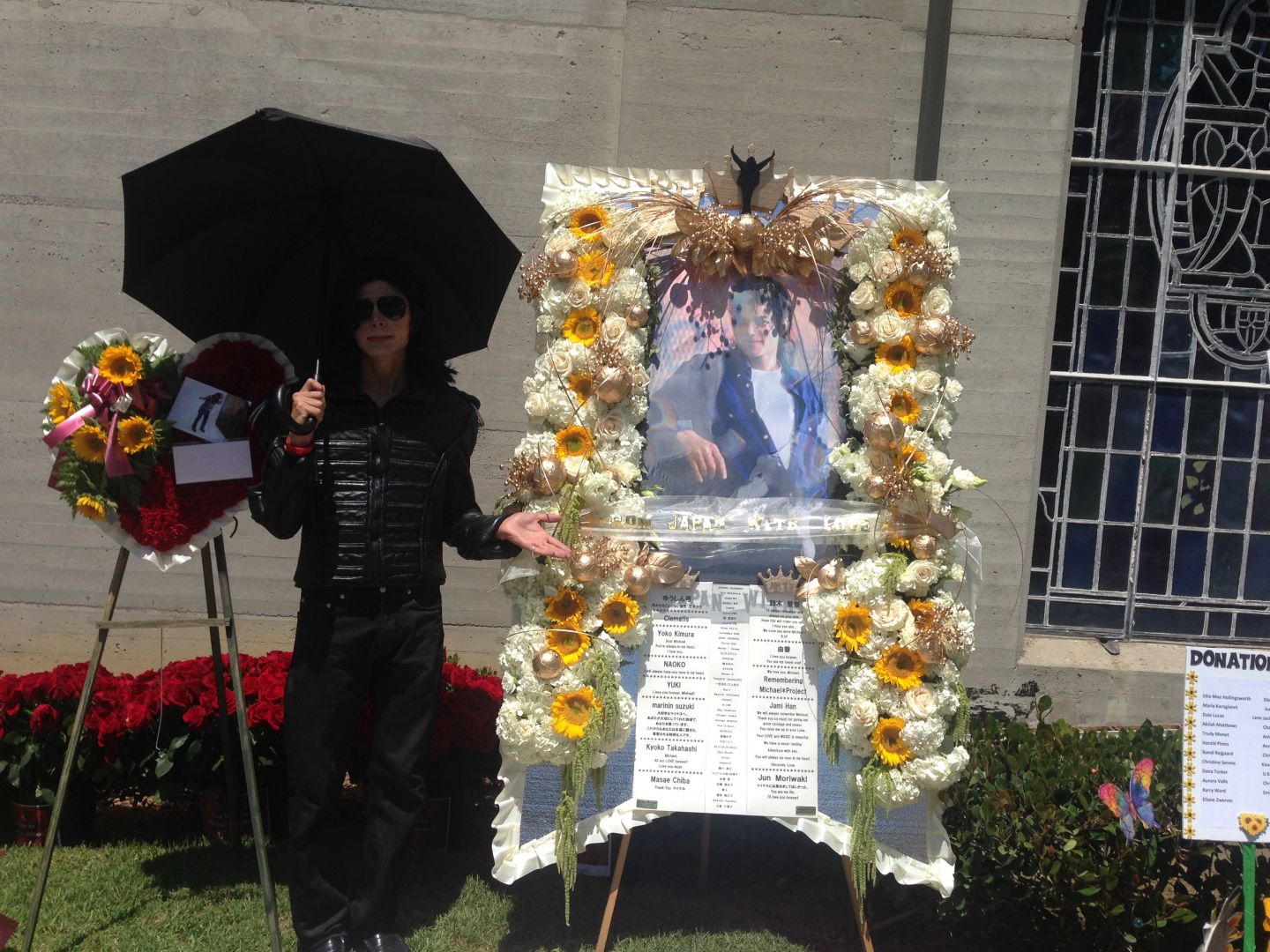 Let’s say your best friend was visiting the area and you wanted to show them the best time ever. Where would you take them? Give us a little itinerary – say it was a week long trip, where would you eat, drink, visit, hang out, etc.
If my best friend was visiting the area, I would take them to Draft Republic in Carlsbad. It is a brewery/bar/restaurant where there is a large selection of beer. Also, the food was tasty. Another place I would like to take them is La Colombe in Frogtown, Los Angeles. There, I drink my favorite coffee and eat my favorite pastry. 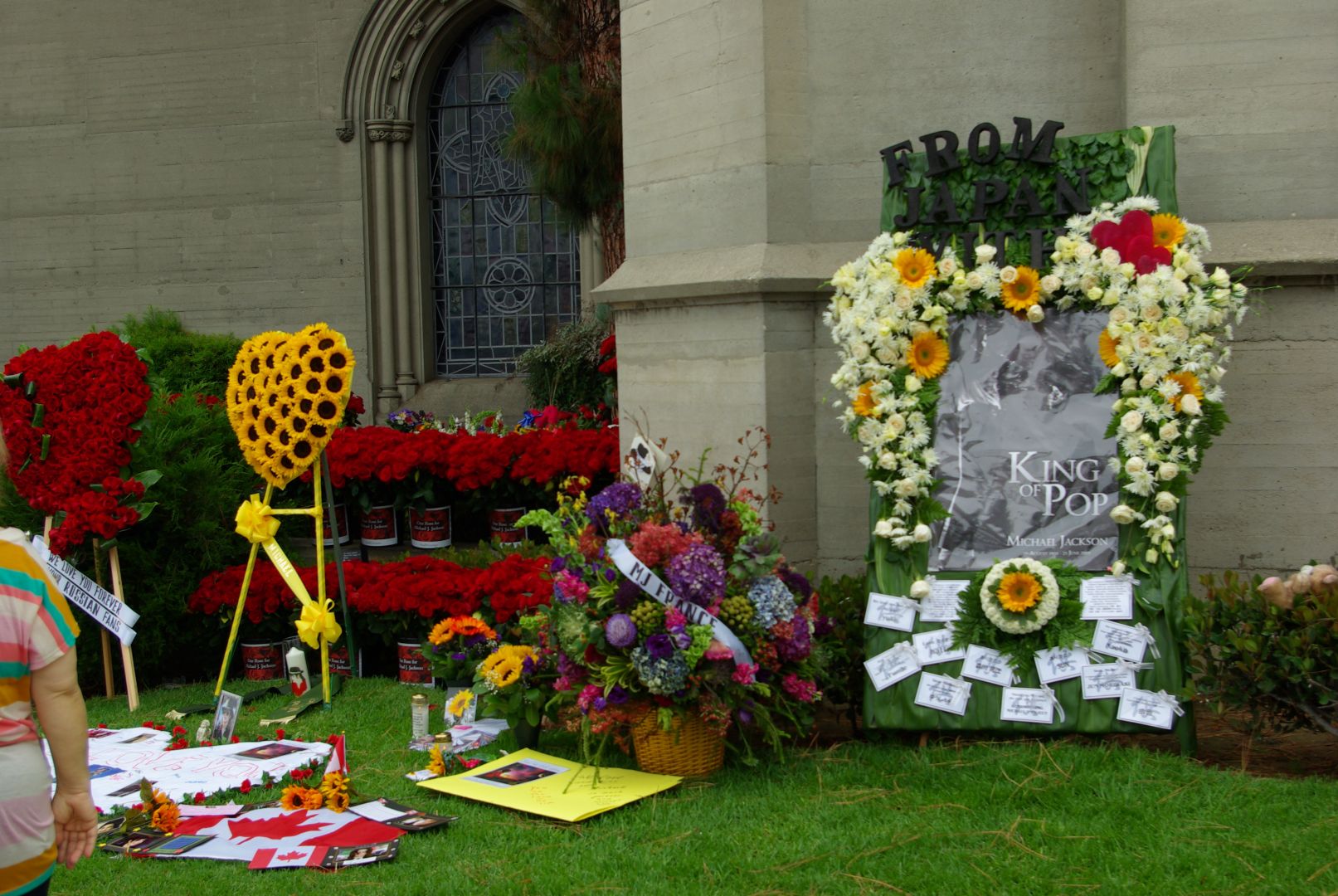 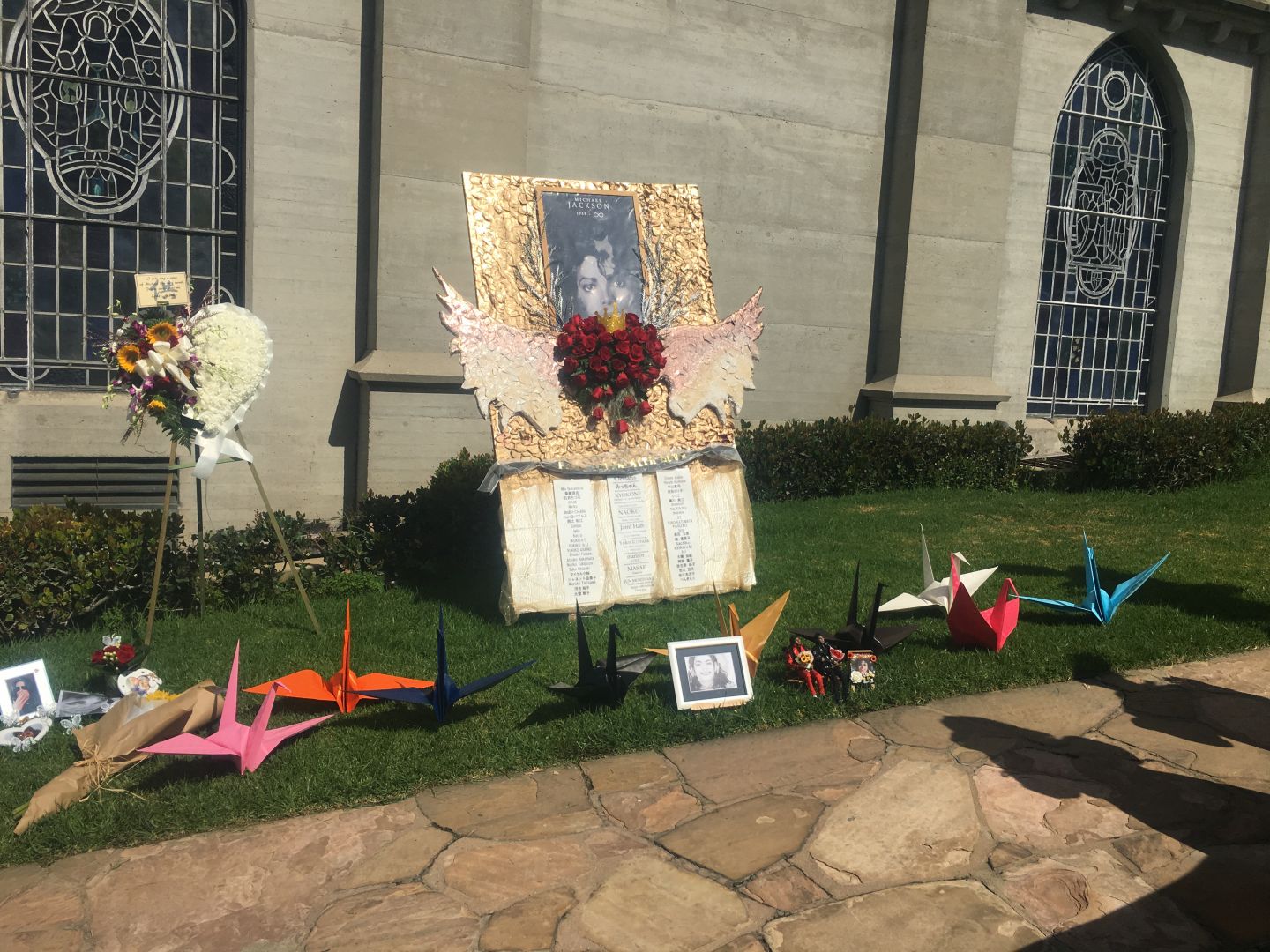 Who else deserves some credit and recognition?
“I arrange a memorial flower for Michael Jackson every year.” – Takeshi Nakamura Owner Takeshi Nakamura’s parents’ house is a flower shop that lasts for three generations in Kanagawa. Growing up surrounded by flowers, he went to a charismatic designer’s shop in Yokohama to become a florist in the future while helping out with the shop. It was a training under the teacher who was so strict that no student lasted more than a week, but he was moved by the teacher’s free thinking and the novelty of design using new materials, and he was able to continue training until the end. There was also the will of the charismatic designer who wanted to compete in contests with foreign people outside Japan, and he went to Chicago in 1986 to become an English-speaking flower shop, then studied U.S. design and returned to Japan. The following year, after he returned to L.A. to study English, he went to the Netherlands, where was the cutting edge of flower design at the time. “When I first opened a shop in Melrose in 1990, it was very attractive to be able to see my work by many people in an age when there was no internet or mobile phone like today. I applied for a flower design show I heard from an acquaintance. Even though it was a pretty big show, it won the championship. I was decorating the work in front of the store, and the president of the actor Eddie Murphy Productions looked at my work and said, ‘I want you to go into his bedroom and decorate the flowers on Eddie Murphy’s wedding anniversary. You can do anything within your budget.'” When Michael Jackson passed away in 2009, many Japanese fans asked Nakamura to offer a memorial service. The episode related to the flower offering was a series of miracles. Mr. Nakamura and his wife arrived at Staples Center where the memorial service was held, but the parking was prohibited everywhere. Moreover, a lot of fans were lining up to the tip of the block to participate in the service. “When I parked my car, I confronted a police officer who told me not to park here.” When Mr. Nakamura explained that he wanted to deliver a lot of flowers from Japanese fans, she was kind enough to let him and his wife drive two vans into the barricades. After going through a lot of tough security guards, he finally got to the front of Michael’s giant board, but one of the strict guards allowed him to place only one arrangement. “When I returned to the car, the line grew longer. It was impossible to line up with all the flowers. However, Sachiko’s call to everyone allowed us to display the flowers of all the Japanese fans we had carried to the venue.” At that time, Sachiko, his wife, called out to Michael’s fans who were in a long line. “Excuse me, ladies and gentlemen, we brought flower arrangements from Japanese fans in two vans. Who would like to help us take the arrangements to the service?” A lot of people came up to the vans and said, “I’ll take it with you!!” and “I’ll take it inside. Give it to me!” In an instant, all the arrangements Mr. Nakamura brought were gone. At the funeral service, a representative of Michael’s relatives said, “We have received love for Michael from all over the world. For example, Japan.” The names of the fans from Japan were the first ones to appear on the screen (or poster). It was that one moment when miracles happened and everyone’s feelings for Michael arrived. Angeluck’s arrangements were placed in front of Michael’s home in Encino, California, at the Hollywood Walk of Fame, and Neverland in Santa Barbara. Since then, Mr. Nakamura has continued to offer flowers to Michael Jackson every year. And, the circle is made in the square in front of the mosque where Michael rests, and it is silent, according to the time when he is gone. Currently, Mr. Nakamura, the owner of Angeluck, is also broadcasting videos of arrangements that can be made at home at the request of Japan House. He has been following his dreams as a flower designer.