We had the good fortune of connecting with Taylor Barefoot and we’ve shared our conversation below.

Hi Taylor, we’d love to hear more about how you thought about starting your own business?
Well, I started playing guitar when I was 6 or so. I was a pretty obsessive kid and went into it whole hog. I wanted to record myself, so I took two boom boxes, a small Radio Shack mixer, found a microphone and started doing what I guess one could call “recording”.

A few years later, my father randomly came up to me ( I was 16 at this point) and asked; “What do you know about computers, bud?” I think my answer was literally “My friends play video games and look at porn on ’em…” He (as usual) ignored my dumbass answer, thankfully and said “well… I think it’s going to be important you know how to use ’em so I was going to get you one”. I instantly blurted out that my friend had this thing called ProTools and recorded on it, and If I had THAT stuff I’d be really pumped! He (as usual) calmed me down and said, “I’m gonna get the computer. The rest of… whatever you want to do with it is up to you.” I whored myself out, mowed lawns, sold some guitar stuff. I had also begun teaching at a local music store that same year so, I had a nice little income considering I was still at home etc… A quick side note, I also got lucky and went to a local music store and thought to ask about what kinda computer I should get for recording. This was Greensboro NC in the 90’s so I was insanely lucky that someone knew something and said “Get a Mac!” My father made good on his promise and even got an external hard drive, (1 whole gig at the time haha!) and I bought a Digidesign Project system and borrowed a mixer, mics and cabling etc…It was really the beginning. I was a shy kid, so I felt on the spot when jamming in a band. I found it way easier to write stuff on my own, without someone staring at me. I could play drums and bass at that point so I would basically record song Ideas close to complete to show my singer at the time. If I wasn’t completely embarrassed with the result, I’d show people and some friends asked if I’d record them. It was great because I was in control and if something sounded like poop (most often it did) I could take the time to try other things (sonically and musically).
I moved to Boston in 2000 to go to Berklee. I “updated” my recording setup a bit and recorded a TON in my apartment in Allston. I joined a band up there. and was teaching guitar at Daddy’s junky Music across from Berklee. I was talking with the security guard one day and mentioned I had a recording setup. He asked if him and his friend could record some HipHop stuff. I was like “sure, why not!” They were pretty damn good and I guess they were happy enough and told a few friends, who told a few friends and so on… Is I did more of that, I noticed often they brought in a pre- fab beat. Sometimes the same one someone else had already used that week. I started to add stuff like extra kicks, off-beat snares, percussion, guitars… whatever to kinda “lift” the hook or make it sound stand out, be different and BIGGER. I also noticed that this took time… I was charging by the hour and realized that the track sounded better, they were happier, more inspired and I ended up making a little more. I was also recording the stuff with my band at the time on Revelation Records and I’m certain my neighbors were plotting my assassination due to the noise. I ran into the owner of the local rehearsal buildings that the band was actually rehearsing at one night. I asked if he had any bigger rooms that didn’t smell like feet. His response was that he had a bigger pair of rooms that were a bit too big for a rehearsal space but would be perfect for “a recording studio or sumthin’…” I hadn’t spoken to him before at all and was like, huh… maybe I should jump on this…. The timing was just eerily right. A few months later I had a space, took out a small business loan and built it out. I took the opportunity to get some better equipment and a proTools HD system. I was lucky and recorded a TON of bands and singer-songwriters there and really honed my skills playing a lot of different instruments and varying styles…
I ultimately felt a little stifled in Boston as most of my clients were self funded and along with technology advancing, I found that a band or artist that recorded EVERYTHING with me in 2007, came back in 2012 just wanting drums, and guitars. Basically all the loud stuff they couldn’t comfortably do in an apartment. By 2014 I even heard possible clients saying “yeah, we have a buddy with protools and a few mics… we are just trying to decide if it’s worth actually paying someone to record us…” I even tried to muster this inspirational soliloquy trying to inspire them to make something that really comes out swinging. I would ask “Wouldn’t you rather make something massively interesting and impressive? Something that you can show to people and feel insanely proud of?? Not something you just did in haste in one afternoon?…. Often they were like, we just want something quick and cheap. That’s when I felt I should relocate to LA. 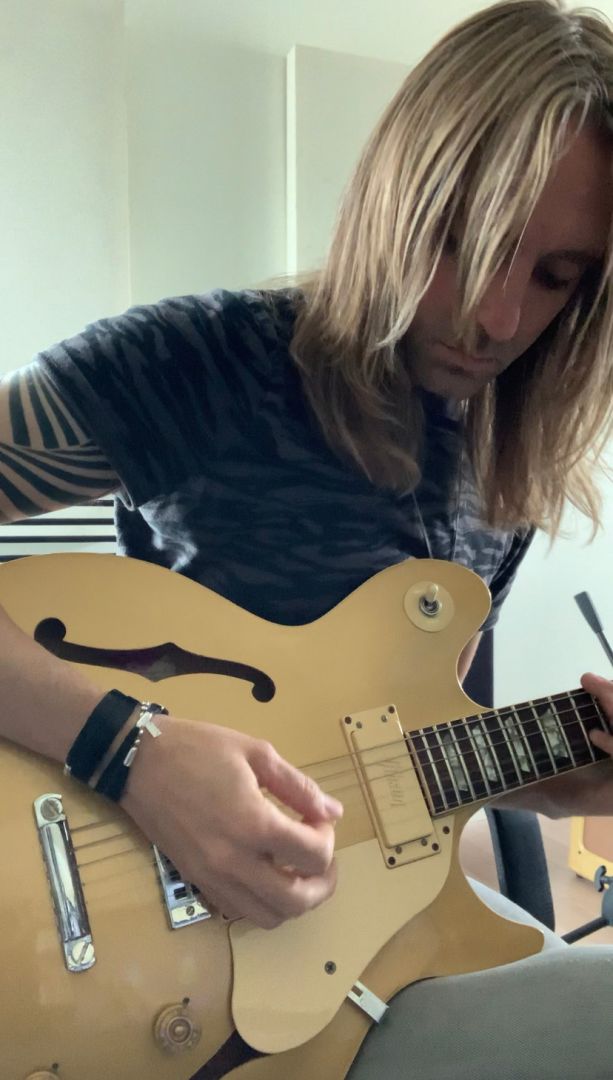 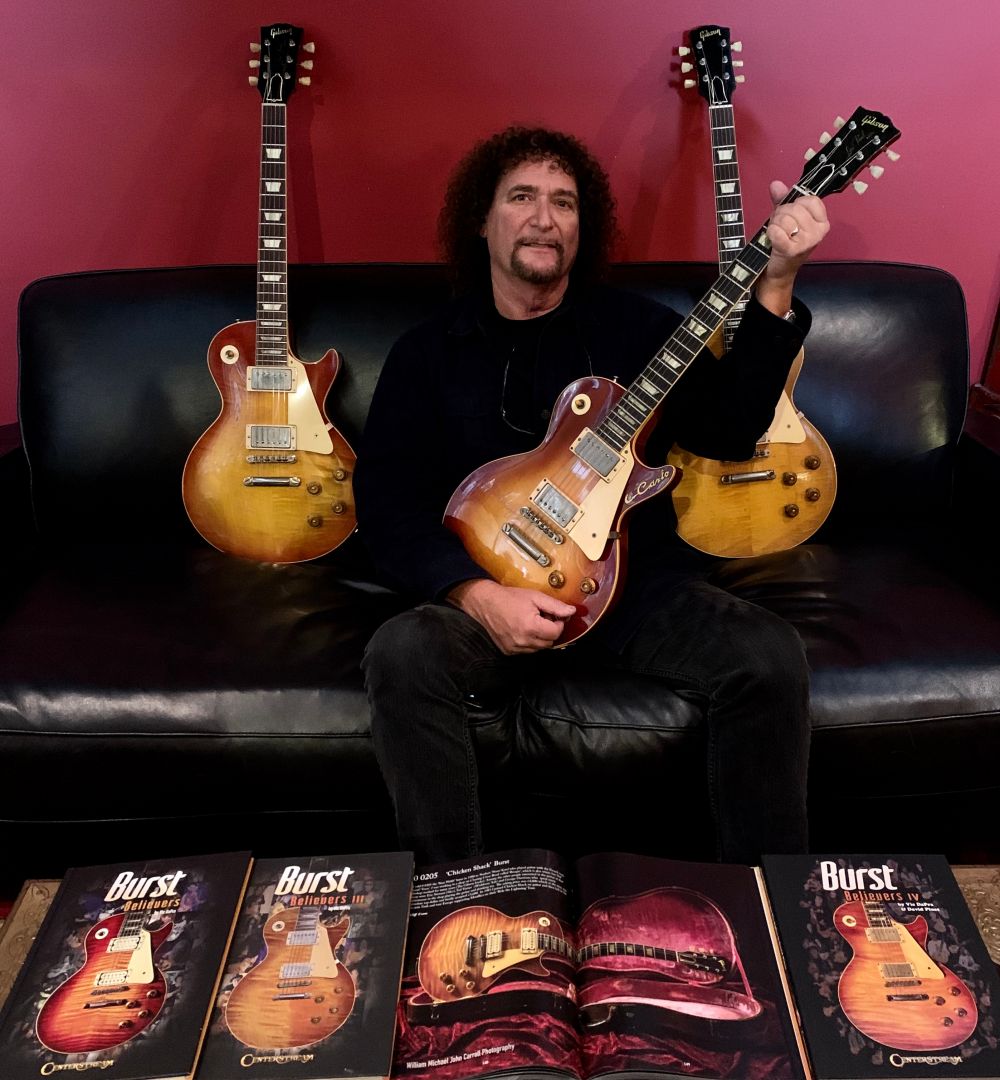 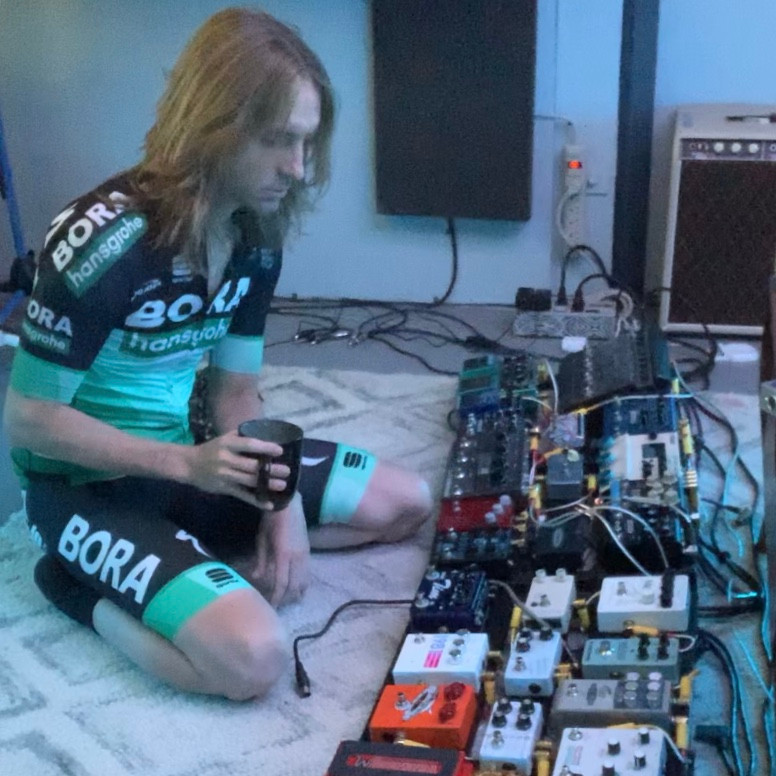 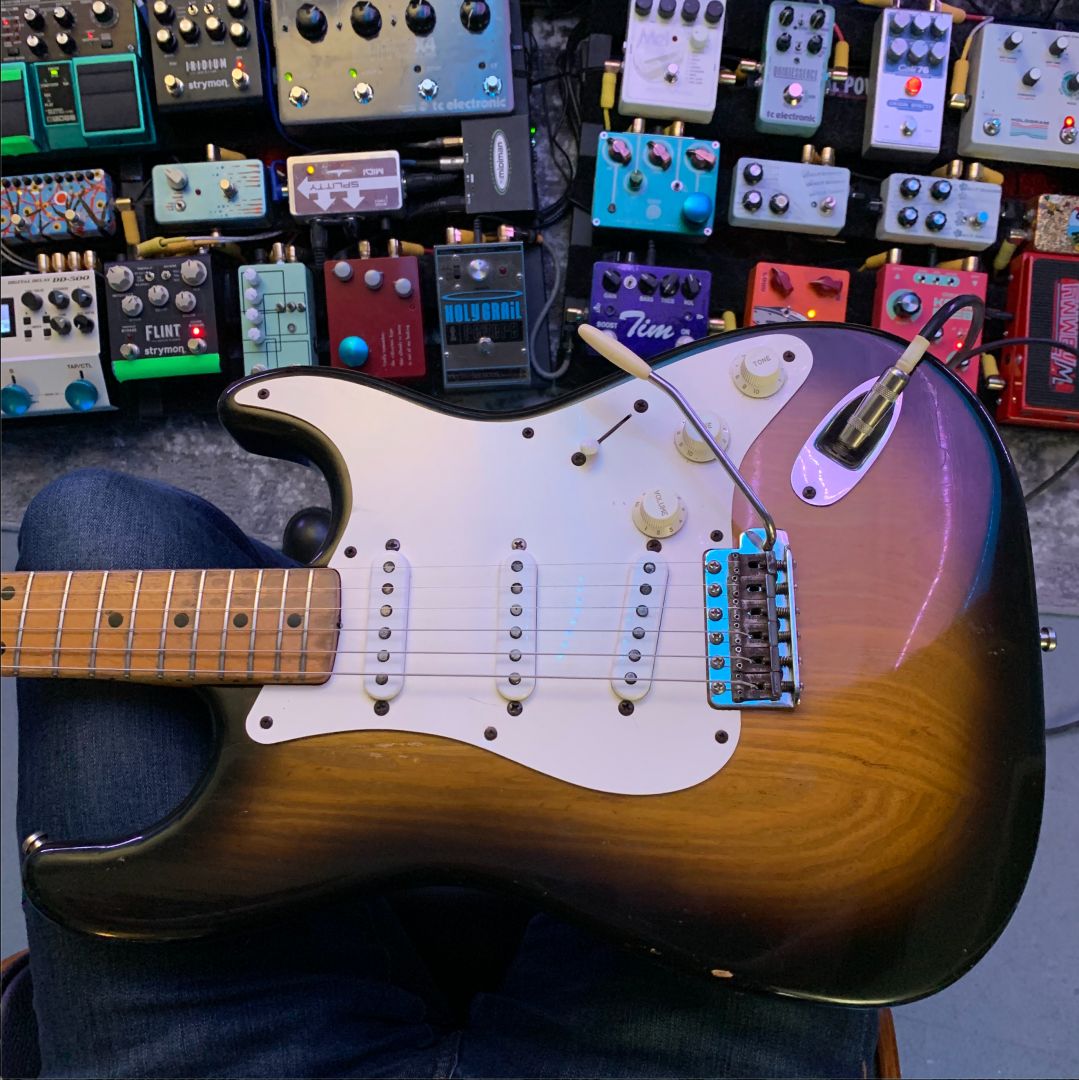 Can you open up a bit about your work and career? We’re big fans and we’d love for our community to learn more about your work.
I’ve always been a side-guy. I was never built to be a front-person in a band. I spent so many years as an engineer/producer helping bands and artists flesh out their sound. I wrote parts and the odd song every now and then but largely, the bands I played in had such a dominant writing personality spearheading them, there wasn’t a lot of room for me to be more than that. I was always ok with that but often wondered what my own stuff would be like if I could just operate outside of that dynamic. Being able to work with Drew Berlin on the vintage gear sales has opened up so much creative space for me. Instead of pounding my brains out creatively for clients all the time, I can take on projects I feel best utilized and rewarded in. The gear I get to mess around with is incredibly inspiring.
I was also hit by a car while cycling in Apr of 2020. I was out of commission for a bit and had to have surgery on my right collarbone installing a titanium plate and seven screws. Along with the pandemic, that was a very anxious time. I couldn’t work or play for a bit so in an attempt to feel productive and keep the anxiety at bay, I started really honing in on making samples of my drums and making beats in Ableton (Once I could use a mouse again…) Once I could hold a guitar I started working on my own stuff very intensely. I also figured that Def Leppard’s drummer LOST an arm and still played. I didn’t have an excuse!! Putting on headphones with one hand was actually the hardest part. I usually track drums separate of the cymbals (if I’m using a real kit) to make editing and mixing easier.
I ended up with about 20 tracks and am gearing up to find a publicist to help sculpt a plan to promote it wherever it might find an audience… Also so I don’t have to do the whole “Hey! want to hear my music?” thang!

If you had a friend visiting you, what are some of the local spots you’d want to take them around to?
Coffee and lunch at BOLT or Squirl. (They’re great and in my neighborhood) Sushi Enya for some incredible sushi.
Natalee Thai for the best Pad Thai I’ve ever experienced. The party-liquors there are excellent as well. (I always order a scorpion bowl in a pint glass without the “puffery”) As my old buddy Tom says, “151 f-you up!”
For a more “snooty but not over-the-top drink experience, I love Oldfields on Venice Blvd. Ask for the “Indian Summer” or “Hemingway Daiquiri”.
Dinner at La Pergoletta on Hillhurst for some amazing Italian! 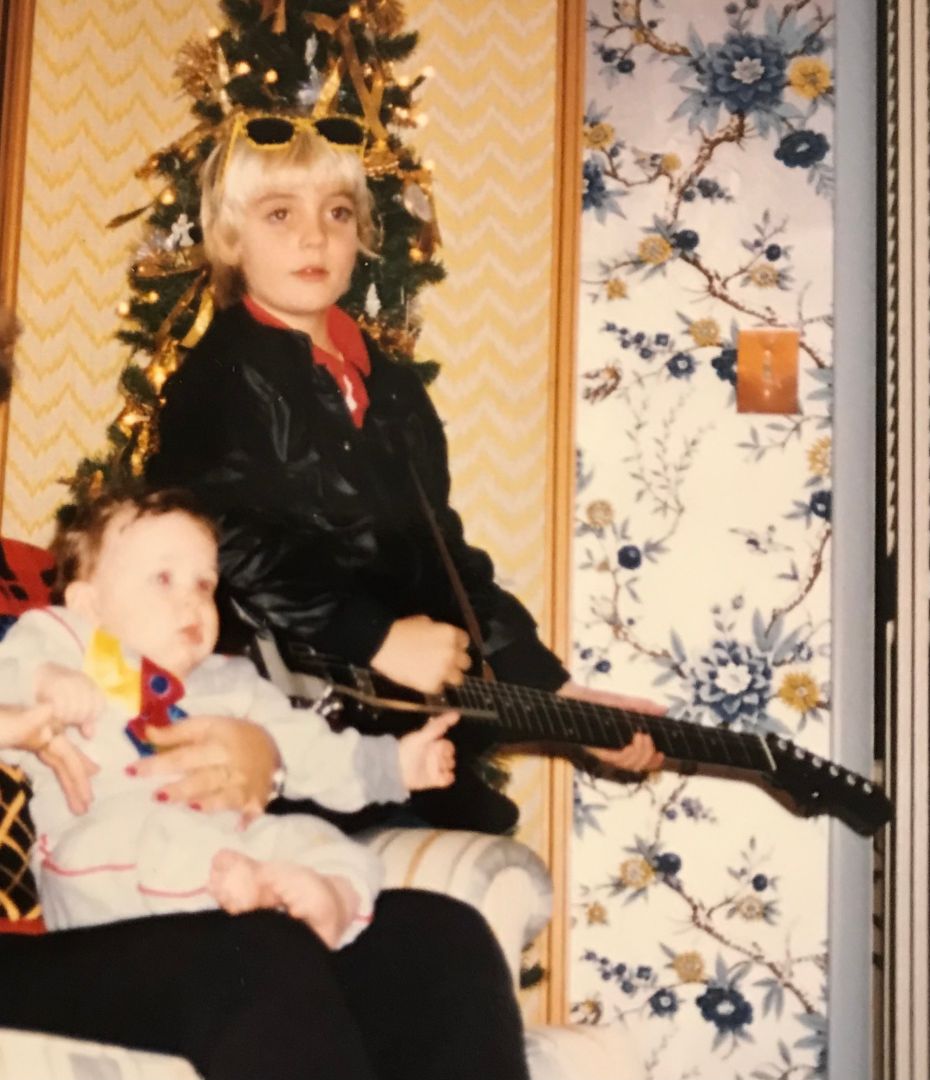 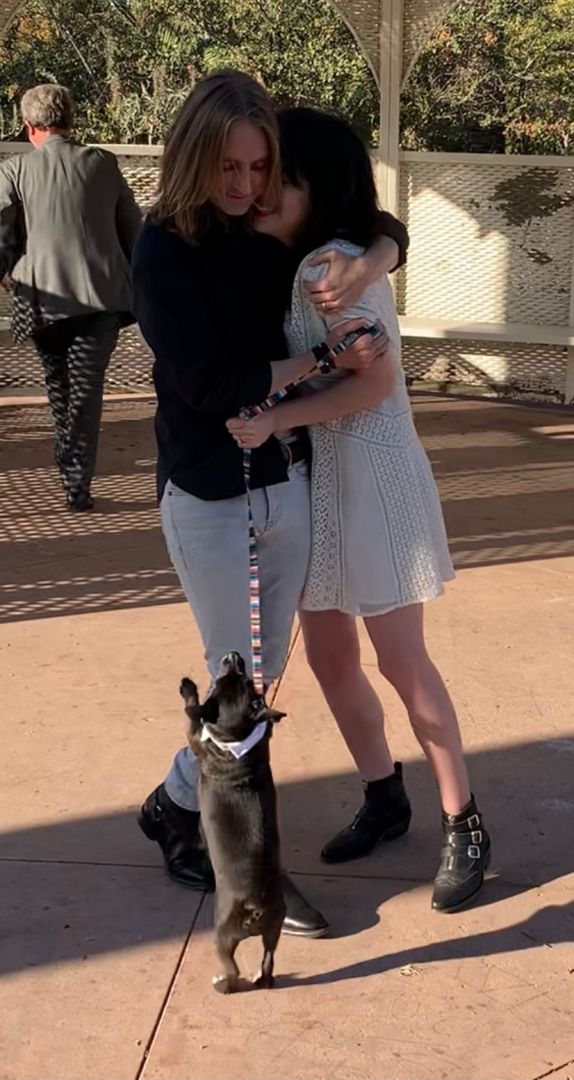 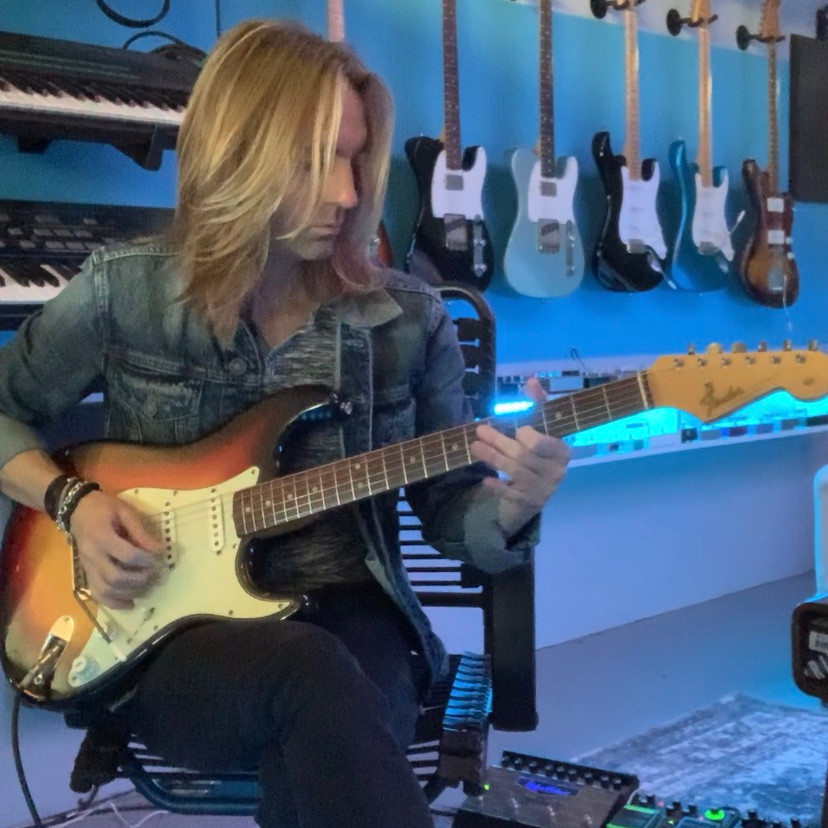 The Shoutout series is all about recognizing that our success and where we are in life is at least somewhat thanks to the efforts, support, mentorship, love and encouragement of others. So is there someone that you want to dedicate your shoutout to?
After I (thankfully) moved to LA, I was randomly linked up with Drew Berlin by a buddy Guyle Morris, back in Boston. Drew was Little Richard’s guitarist (among many other bands like The Upsetters with the late Charles Connor). I was initially hired as his part-time studio engineer/ manager. Drew is also a world-class authority on Vintage guitars, specializing in Gibson Les Paul Standard Sunburst (Bursts) from 1958,1959 and ’60. Drew was hired back in 1995 or so to create the Vintage department for Guitar Center along with Dave Belzer. This was incredibly fortunate for me as I was able to combine my recording skills and my intense gear-nerd tendencies with a particular affinity for the vintage instruments.
Drew has really brought up my game in countless ways and I’ve been able to get very comfortably acquainted with guitars, amps and gear way, waaaay above my pay-grade.
I also met my (now) wife, Rachel Brodsky after moving here. She is an absurdly highly decorated music and entertainment journalist writing for Spin, Uproxx, Stereogum, Buzzfeed, etc…. Her encouragement has really meant the world to me.