We had the good fortune of connecting with Taylor Plenn and we’ve shared our conversation below.

Hi Taylor, how do you think about risk?
As a woodwind player, I think my willingness to take risks and step outside my comfort zone is what sets me apart from my peers. As my idol Ornette Coleman put it: “It was when I found out I could make mistakes that I knew I was on to something.” Institutionalized jazz schooling, despite my persistence, can teach you how to play jazz well, but there is no rubric on how to actually personally evolve on your instrument. Which is why ‘trial-and-error’ is such a vital part of my art-making process. Creating saxophone features for electronic music isn’t very conventional. No one knows how the saxophone will work next to a performance artist… until it’s made to happen right before your very eyes. Playing flute parts in an interlude for a Country/Western album might not seem intuitive, until someone has the impetus to give it a try. Making a wind controller play bass lines that need playing isn’t the first way to solve that particular problem, but it certainly is one of the most interesting ways, for both the player (me) and the concertgoer. Even booking and hosting a night of music every month isn’t traditionally an opportunity a regular saxophone player can be afforded. Not to pretend that sometimes along the way a “mistake” might be made, but as Ornette indicated, that mistake can often times be an insight that informs a different idea altogether. Those are the risks that teach me more than any school could, and those are the risks that I live for. 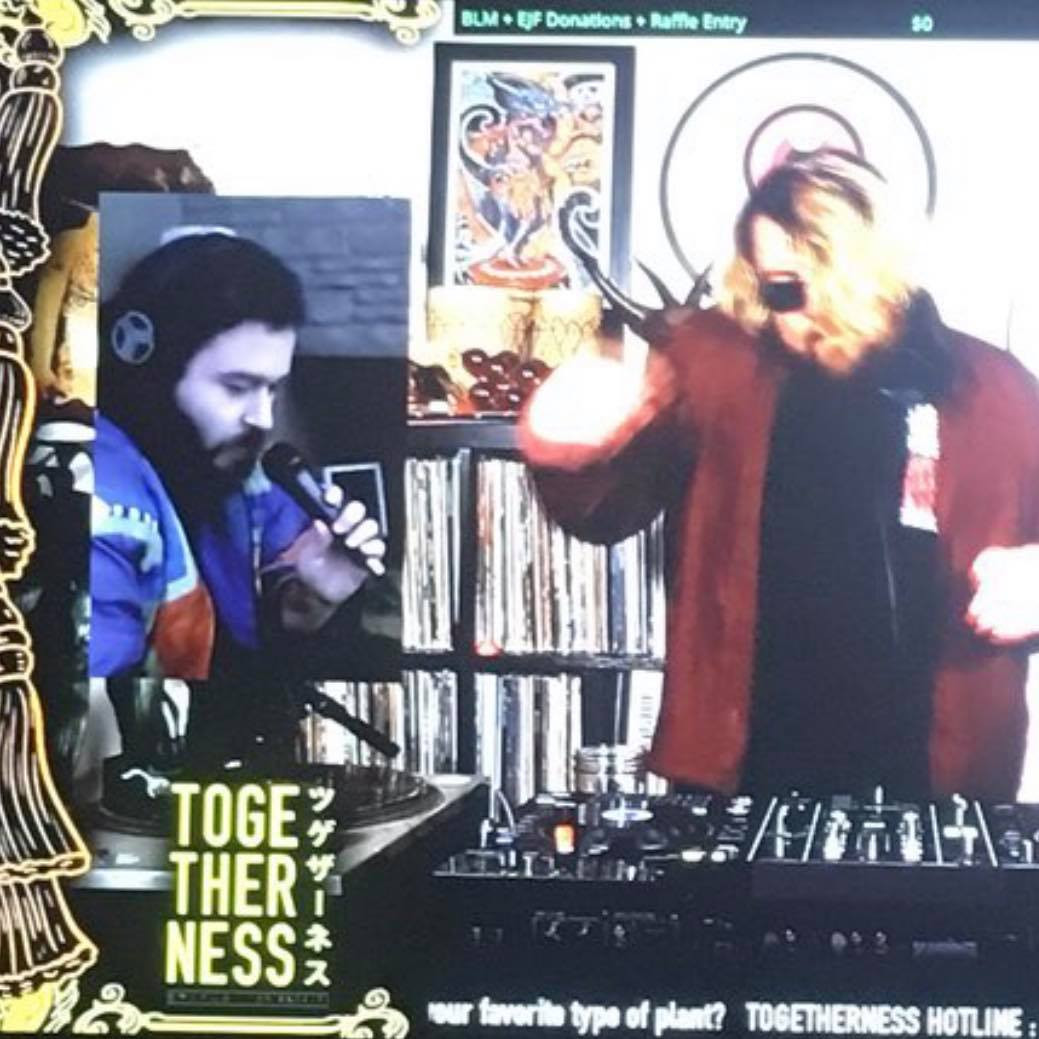 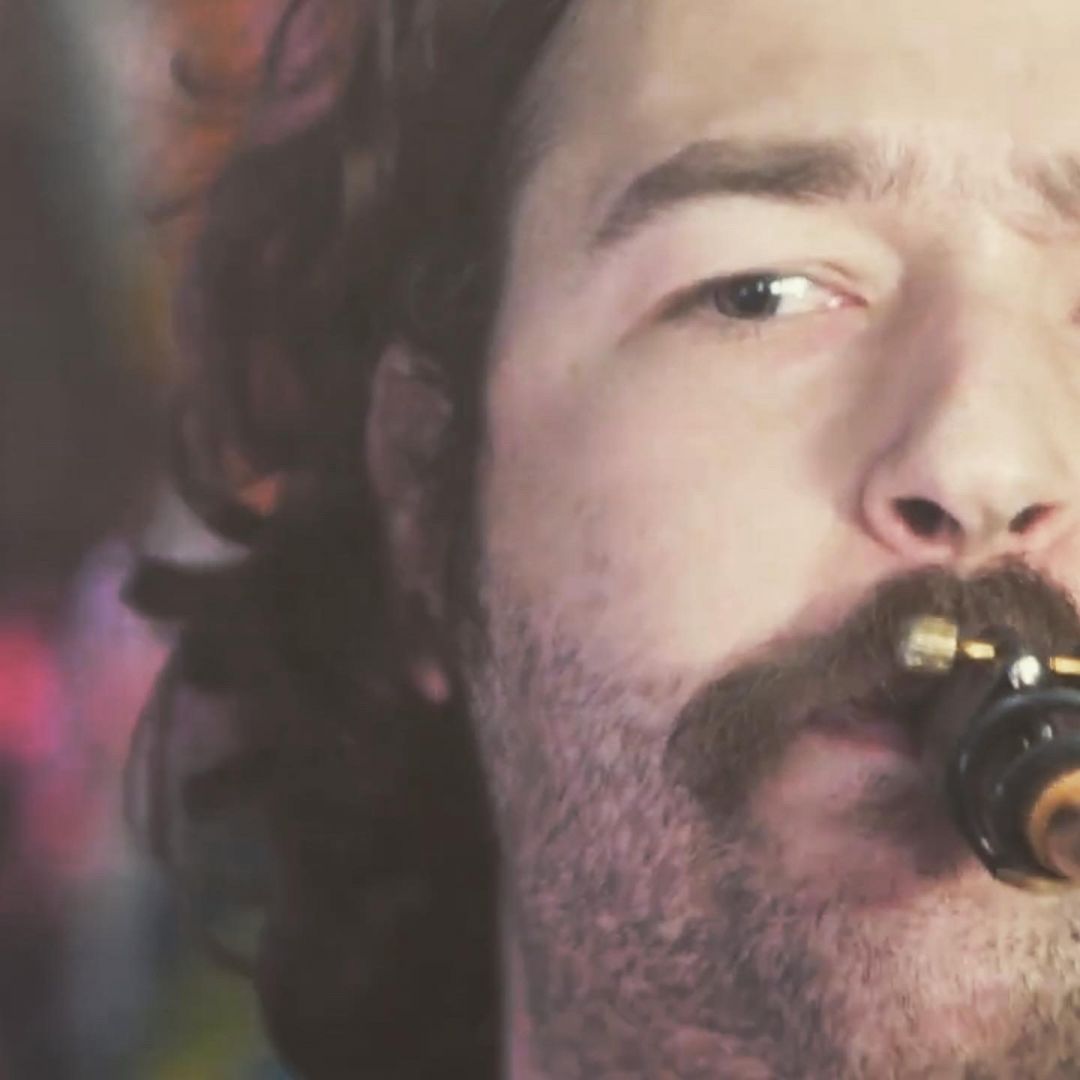 Alright, so let’s move onto what keeps you busy professionally?
Right now, I’m very partial to “TOGETHERNESS,” a project I’m working on with producer Stephen Schroeder. Pursuant to our discussions on risk-taking and experiments, TOGETHERNESS is the embodiment of both. Schroeder, being a DJ, producer, and guru of all things “tech”; and me, a free-wheeling, eccentric saxophone player, might sound like an odd couple on paper. However, we have a really great working dynamic, and having electronic music put through the kaleidoscope of trippy jazz creates a really unique and intriguing sound. I’m more of the whimsical ideas-man, where as Schroeder is the intensely musical and logistical “make-it-happen-cap’n” (to quote rapper Mac Dre). Despite our differences, we feel very similarly about social justice issues, so much as to donate our cuts from streaming/selling merchandise directly to causes such as Black Lives Matter and the Equal Justice Institute. As of this writing, we’ve put out two singles “FLYING” and “TASSELS” (along with 9 remixes!), each with an accompanying tee. Another single, perhaps my favorite yet, will be released very soon. Website: www.togethernessLA.com

If you had a friend visiting you, what are some of the local spots you’d want to take them around to?
I love going on aggressive power walks up hills in Northeast Los Angeles. It helps me deal with emotions while concurrently clearing my mind. I got my humble beginnings taking the Commonwealth St. route up to Griffith Park in Los Feliz, but now I find myself traversing places like Ascot Park in El Sereno, Fiji Hill in Eagle Rock (near Occidental College), or even Peanut Lake at the top of Debs State Park in Hermon. These pandemic-proof places and activities have helped me out a lot during COVID. 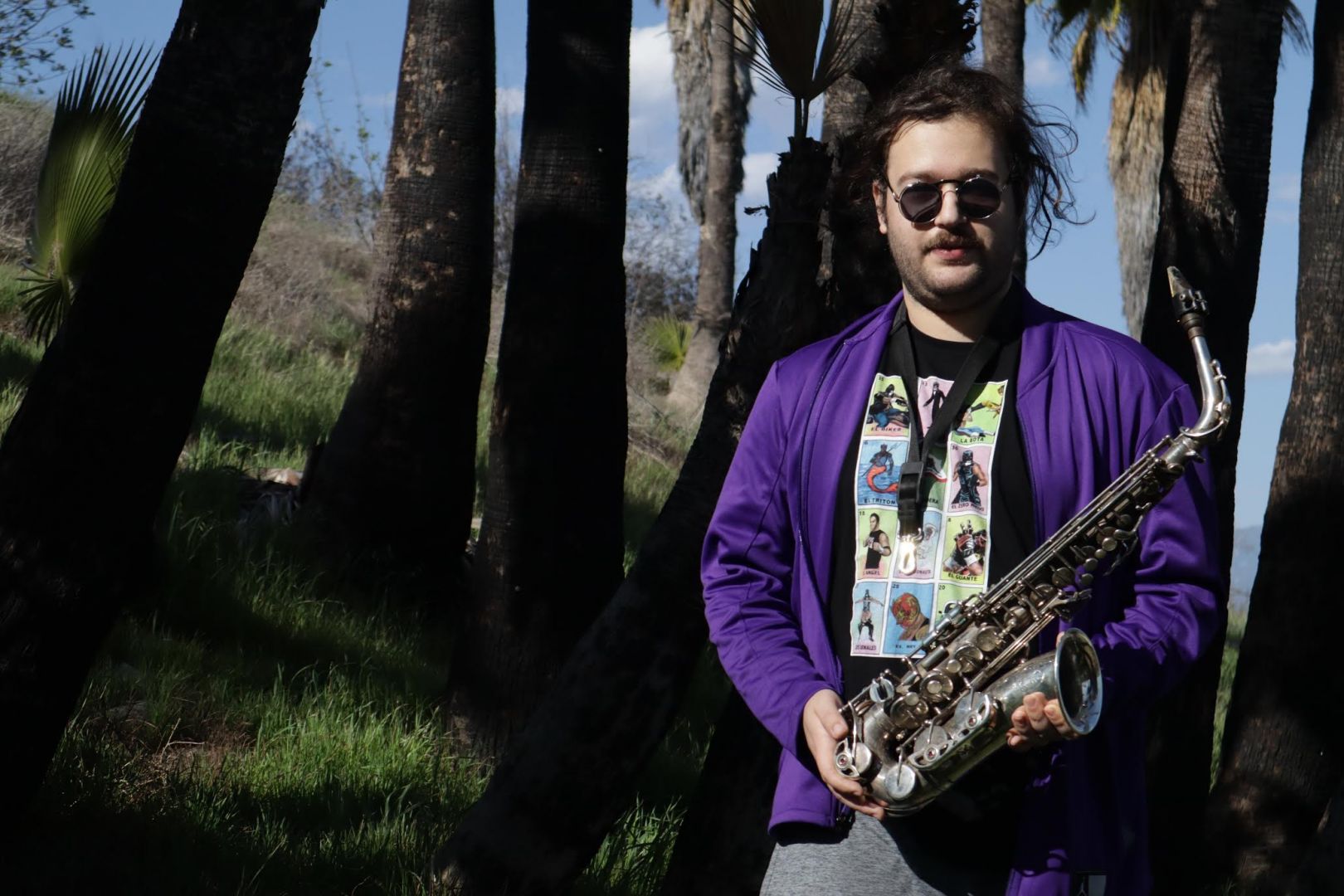 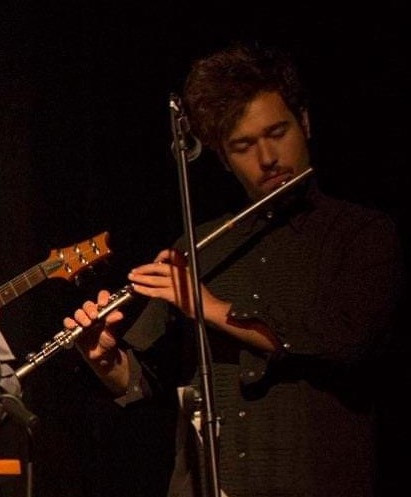 The Shoutout series is all about recognizing that our success and where we are in life is at least somewhat thanks to the efforts, support, mentorship, love and encouragement of others. So is there someone that you want to dedicate your shoutout to?
Almost all of my current musical connections, collaborations, stories, you name it; can all be traced to one popular comedian, who turned out to be a heavyweight musician in his own right. In 2011, Tim Heidecker sent out a tweet, asking if anyone in the LA-area knew any horn players. As soon as I saw this, I ran to my dorm room, found any and all footage of me playing, and hastily sent it off to him, expecting nothing and thinking to myself “well, it’s at least worth a try.” I can clearly remember the year prior, being an anxious high school senior, making the decision to become a jazz saxophone major, and literally conceding to myself “This probably means I’ll never get to work with Tim and Eric in my life.” Tim and Eric were (and still are!) my absolute favorites in art/comedy, and I loved every aspect of this insane multiverse they had created for themselves and their adoring fans. So when I saw Tim tweet about needing a horn player, I couldn’t believe my eyes. I couldn’t even believe I even *had* eyes when I got an email back from Tim himself about 20 minutes later, telling me that this would be an audition, to not be a crazy person, but to show up at a specific address at a specific time. As requested, I showed up to that place at that time (happened to be where Rilo Kiley rehearsed and recorded, with bassist Pierre de Reeder present as a part of the ensemble), and luckily, I made the grade. For many years I was on the ground floor for some of the best musical experiences I could ever imagine. I got to remain a relative constant in the band, while meeting and playing with a cavalcade the best players the LA scene had to offer, and, even touring on a few different occasions; not solely because of Tim’s celebrity status, but because Tim Heidecker is one of the pound-for-pound best singer/songwriters that I’ve ever been around (and I was raised by one)! There was always a grounding sense of mutual respect in the room between all players at all times, which I now know from experience is very rarely the norm in other situations. Tim didn’t have to give 19-year-old me a shot, but he did, and he continued to believe in me, sometimes more than I even believed in myself. He chaperoned me into a world that was bigger than any “Arts Institute,” yet had a place for me to make a difference. I would call it a dream come true, but I could never have dreamt I would have been involved with Tim in any capacity, let alone musically, and that the all people I’d meet along the way would be so crucial to my musical and personal development. I will forever be indebted!