We had the good fortune of connecting with Terry Ray and we’ve shared our conversation below.

Hi Terry, we’d love to hear about how you approach risk and risk-taking
I’m an actor, writer and producer. There’s nothing I do in my career that isn’t a complete risk. Will I get this role? If I write this script will anyone buy it? If I take on this project will I be able to convince others to invest their time, energy or money into it with me? The occupation that I have chosen, that gives me joy and fulfillment, is “risky” on its best day. One major way of how I survive from one day to the next is I keep my expenses low, which takes the pressure off of the need to make money. Of course I have to make some money, but when I have a bit of a windfall–from a role or a project I make that does well, I make that money last. It’s not a fancy car that gives me joy–it’s telling a story. So if telling a story is my priority, I have to live like it’s my priority. I save fancy restaurants for very special occasions only. I drive a used Prius, which I’m 100% happy doing because I don’t have the pressure to make those payments. I’m not saying deny yourself of the pleasures of life–personally I’ve travelled the world. But don’t put yourself in hock doing it. I’ve had the opportunity many times to take a full time, “real world” job that would have been steady income, but I know it would have pulled me away from what I really want to do. And once you step away, it’s very, very hard to step back. So I don’t do it. In my world, we definitely hit some dry spells. If that happens and I need money, I find work that is temporary or flexible. It pays less but it allows me to keep my eye on the prize. The other thing I do to minimize risk is that I’ve learned to have several projects and irons in the fire at the same time. When I first started writing and producing my own projects I’d focus on one and grow antsy waiting. There’s a lot of waiting involved in getting a TV show, film or play in front of an audience. By having several projects in the works at the same time–it can get overwhelming at times but something is almost always brewing with one of them and that keeps me motivated. I think at this point I’ve learned to make friends with risk–it’s just part of my world. 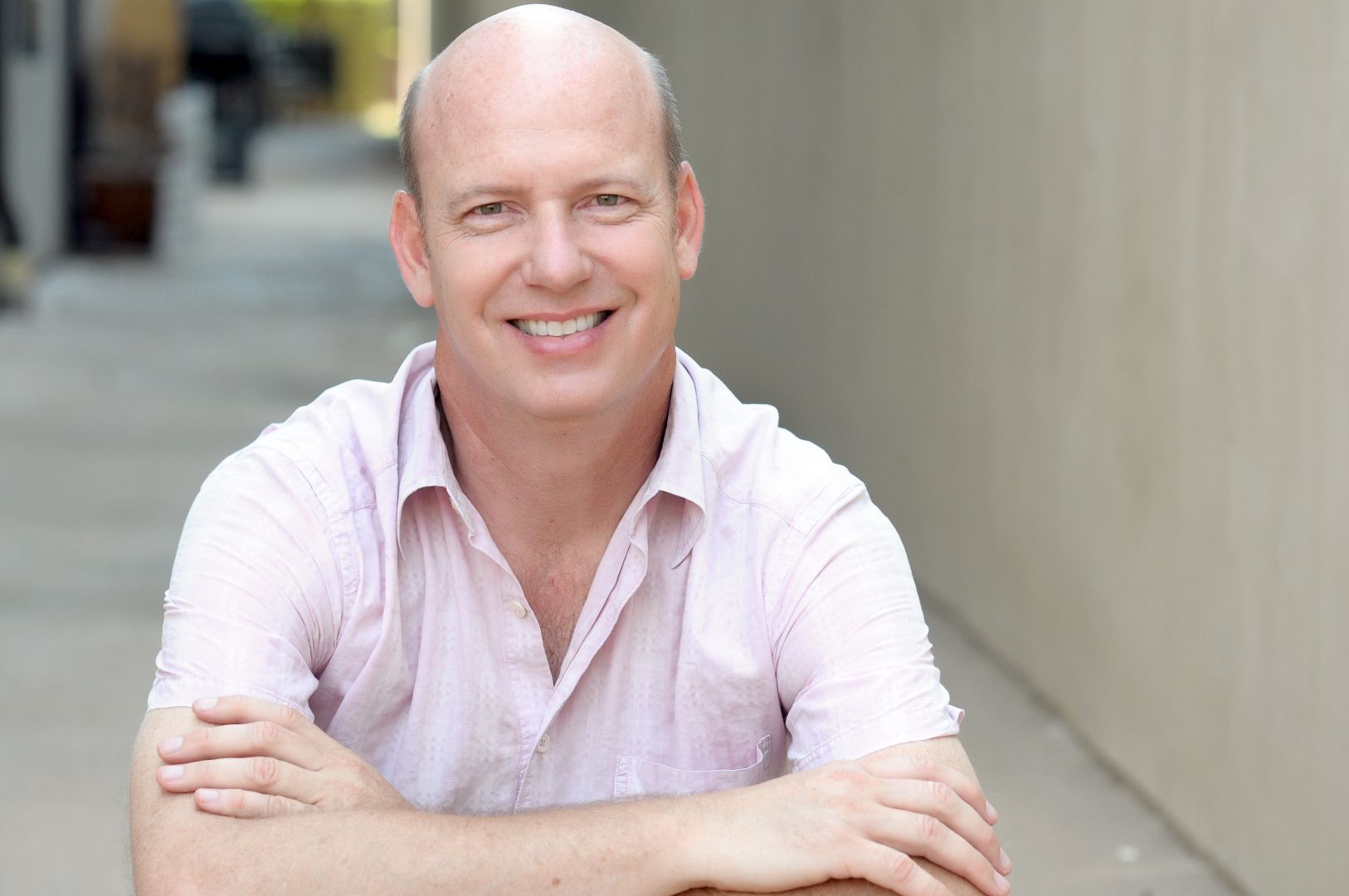 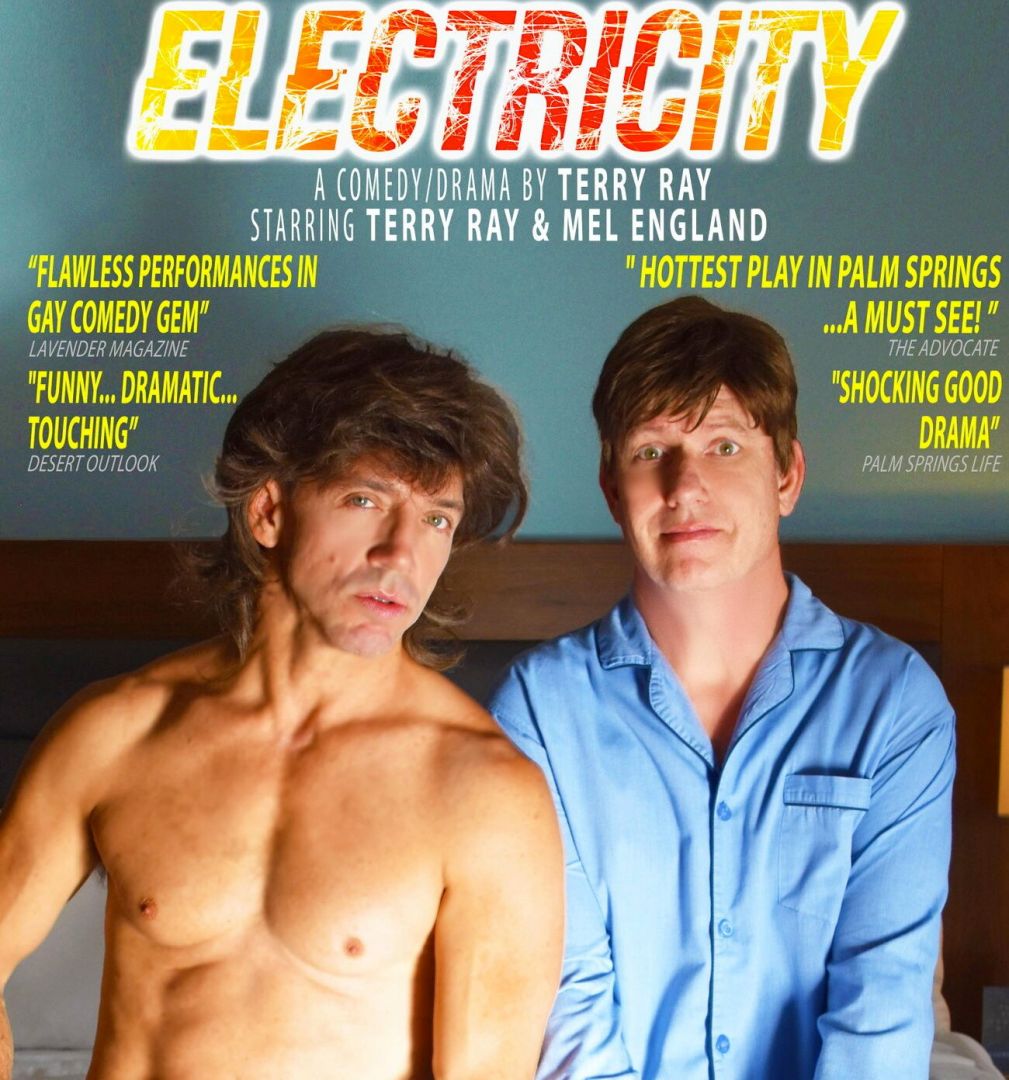 Let’s talk shop? Tell us more about your career, what can you share with our community?
I have been an actor since I was 15. I acted everywhere I could, including majoring in it in college and working in regional theaters until I felt I was ready to move to Los Angeles when I was 25. I worked in theater, commercials, film and television, especially Nickelodeon shows for children. But on screen, it was small roles and I struggled to get work like most actors. I’d always loved writing, but had only dabbled in it until a friend teamed up with me to make our own short film, one he could direct and I could star in. We made GAYDAR, about a device that can tell if people are straight or gay. It was an astonishing success. It was in over 125 film festivals around the world (10 is considered great) and won a ton of awards. Even recently, the California Independent Film Festivals voted GAYDAR one of the 20 Best Comedy Shorts of all time. So that inspired me to stop waiting around for someone to hire me and create my own projects instead. I created and starred in the first original sitcom made for a gay network called FROM HERE ON OUT (you can see it on Amazon Prime). We’ve also done two seasons of a sitcom I co-created and star in called MY SISTER IS SO GAY (also on Amazon Prime) with Loni Anderson playing my mother. I’ve created a game show MODD COUPLES and written two TV movies. During Covid I came up with a show called TV THERAPY, where a different classic TV character, like Mary Ann from GILLIGAN’S ISLAND, played by the original actor (Dawn Wells in this example) is in a therapy session with me as the doctor. We spoof all the issues that character would have from the past as well as present day. I’m having a blast doing it and getting to work with my childhood idols. And as soon as theater is back from Covid we will be back with my play ELECTRICITY and hopefully still New York bound!

Let’s say your best friend was visiting the area and you wanted to show them the best time ever. Where would you take them? Give us a little itinerary – say it was a week long trip, where would you eat, drink, visit, hang out, etc.
I live in Palm Springs now. I haven’t been here very long and a big chunk of that was during Covid BUT… let’s see. You have to eat at Lulu’s downtown. I love Thai Smile and even though I’m partial because I do my play there, Oscar’s has a beautiful courtyard to eat outdoors and it’s a bar and has a cabaret theater inside and usually live music in the courtyard. If you love nature you have to take the tram to the top of the mountain–it’s an amazing view and a completely different eco-system.  It’s at least 20 to 30 degrees cooler.  Also Joshua Tree National Park is nearby and gorgeous and the only place in the world where you’ll find a Joshua tree–I think they look like Dr. Seuss made them up. If you’re gay or gay friendly you have to check out the bars and dance floors on Arenas. If you like shopping for a bargain–check out Revivals–even rich people go there for finds. There are 4 locations. Plus Palm Springs area has the best consignment / thrifts stores around. Make the trek to Shield’s for a classic date shake and watch the 1960s film that plays on a loop, “The Sex Life of the Date”.  Plus wherever you’re staying you’ve got to hang out at a pool. You’ll meet people, and it’s sort of paradise soaking in the pool with the mountains in the background–often with snow on top. Plus there’s tons of awesome architecture around town which I personally need to explore more. 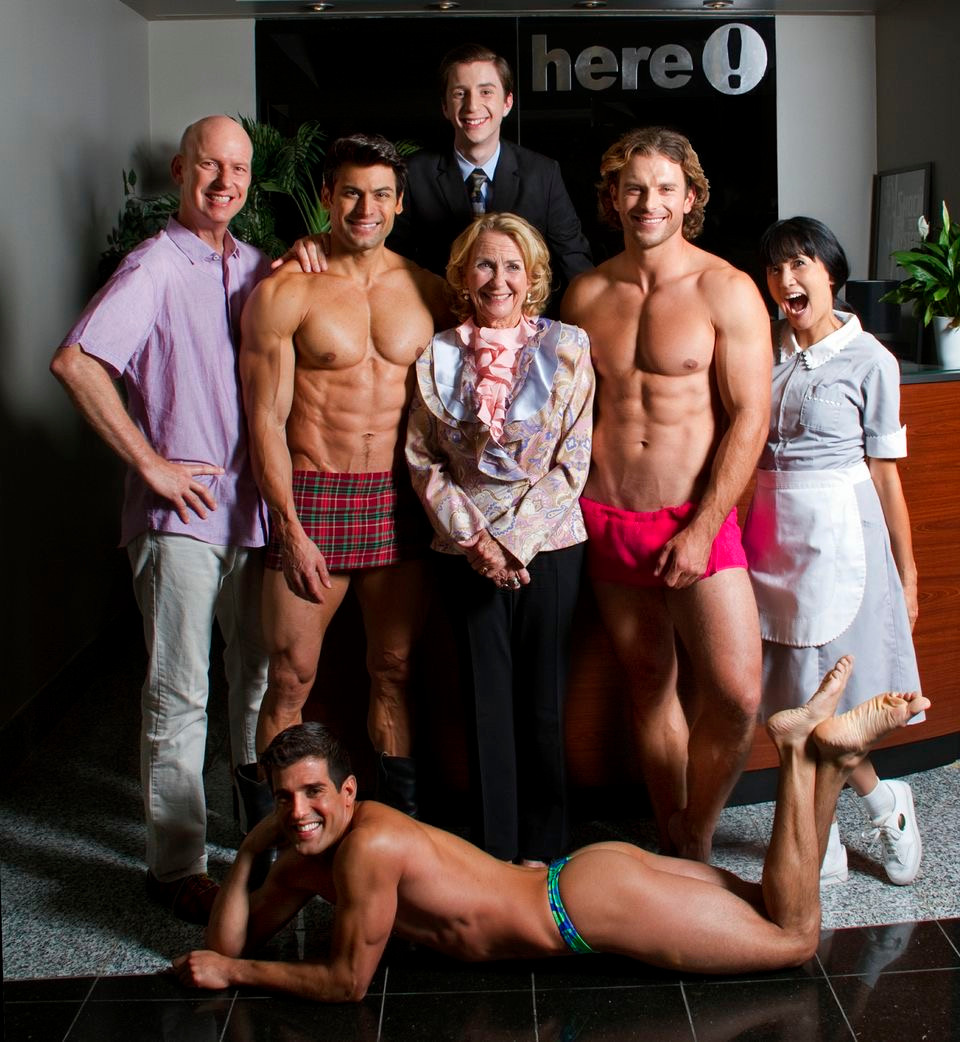 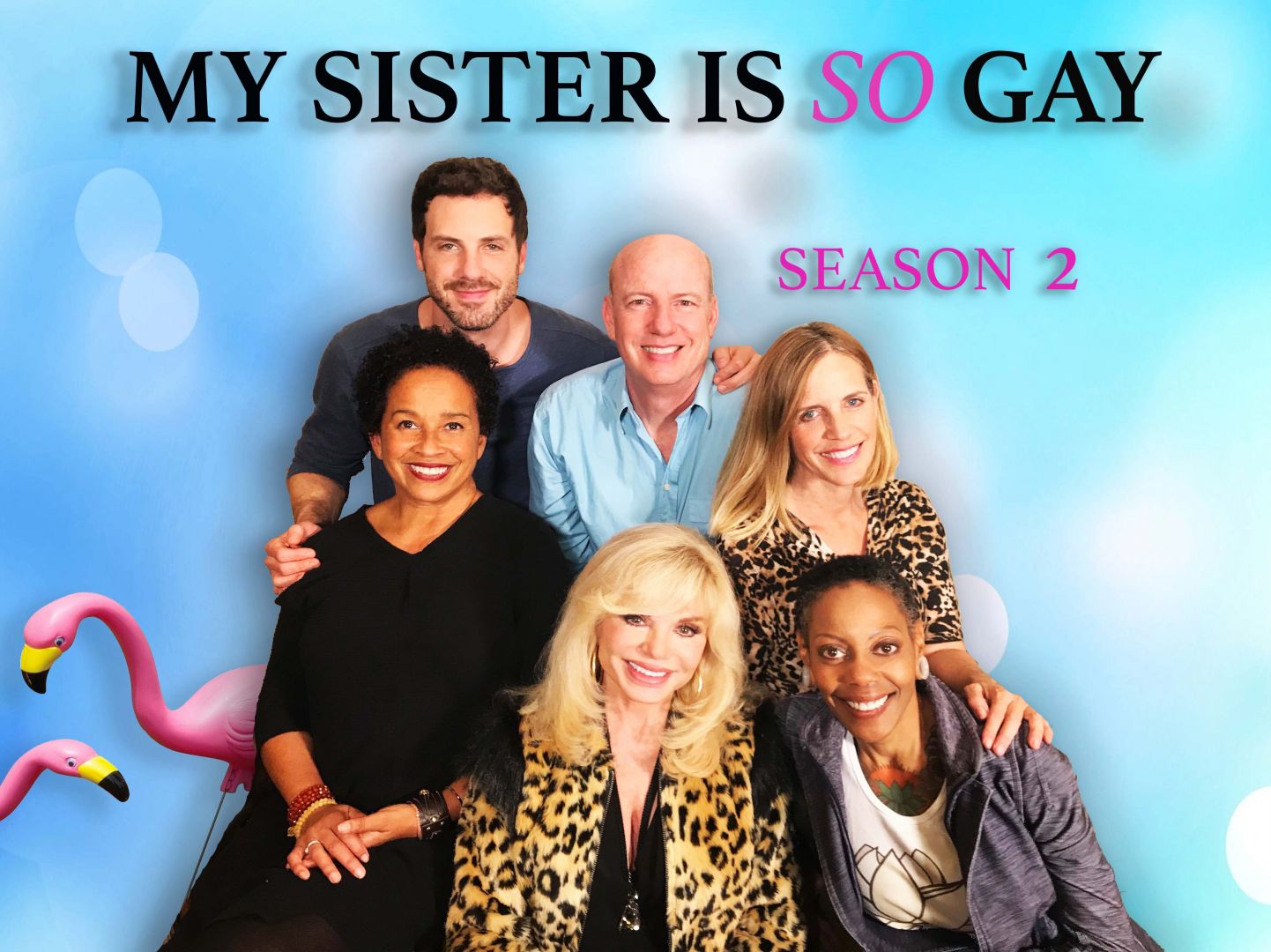 Shoutout is all about shouting out others who you feel deserve additional recognition and exposure. Who would you like to shoutout?
5 years ago I wrote a play called ELECTRICITY. I hadn’t written a play before and I really didn’t think about how I would get it to the stage, it was a story inside of me that needed to come out and a role I wanted to play. Soon after, I was on a cruise to Alaska because a show I wrote and starred in was being shown and I was invited to come on the cruise and talk about it. There was a passenger named Michael Darner on the cruise. He was an architect. We were talking and he asked me about other projects and I told him I had written a play and gave him a bit of the storyline. Months later I ran into Michael when that same show was screening at a film festival in Palm Springs. He asked if I’d found a producer for my play yet. No, I hadn’t. He asked to read the script so I sent him a copy.  Later he got back to me that my play was his life story and he wanted to help me produce it. He had never done anything like this before but he 100% committed to it and jumped in. We premiered the play in LA to rave reviews. Got extended. We ended up moving the play to Palm Springs where it became the longest running play in town. We did productions in Minneapolis and Columbus and took it to NYC 9 times to raise money for an Off-Broadway run when Covid hit, which of course closed theaters and put everything on hold. But we’ll be back and it’s been an amazing run, and all because an architect, Michael Darner, thought the story needed to be told. I will forever be grateful.