We had the good fortune of connecting with Theron Kay and we’ve shared our conversation below.

Hi Theron, what role has risk played in your life or career?
Risk is an essential part of any artistic endeavor, I think most people would agree. The times I’ve taken a crazy risk and succeeded are often the times I create my best and most unique work. On the flip side, it’s probably been said a million times, but the times I’ve taken risks and failed miserably are the times I’ve learned and grown the most. Obviously no one WANTS to fail. It’s not fun to come up short. But putting risky concepts in motion and trying to find that thing that’s alien and fresh is so paramount to artistic growth, even though it might fall flat on its face. Those who know me know I’m most at home when writing orchestral scores, and this means spending a lot of time in my DAW (digital audio workstation), programming mock-ups, writing counterpoint, etc. So for me currently, risk taking means working less in my computer and experimenting more with live instruments. It means mangling and destroying audio instead of playing with MIDI, diving into more analogue gear, and conjuring weird textures that make me uncomfortable. Even if it ends up getting thrown out, I have to keep reminding myself that it’s the only way to grow as an artist! 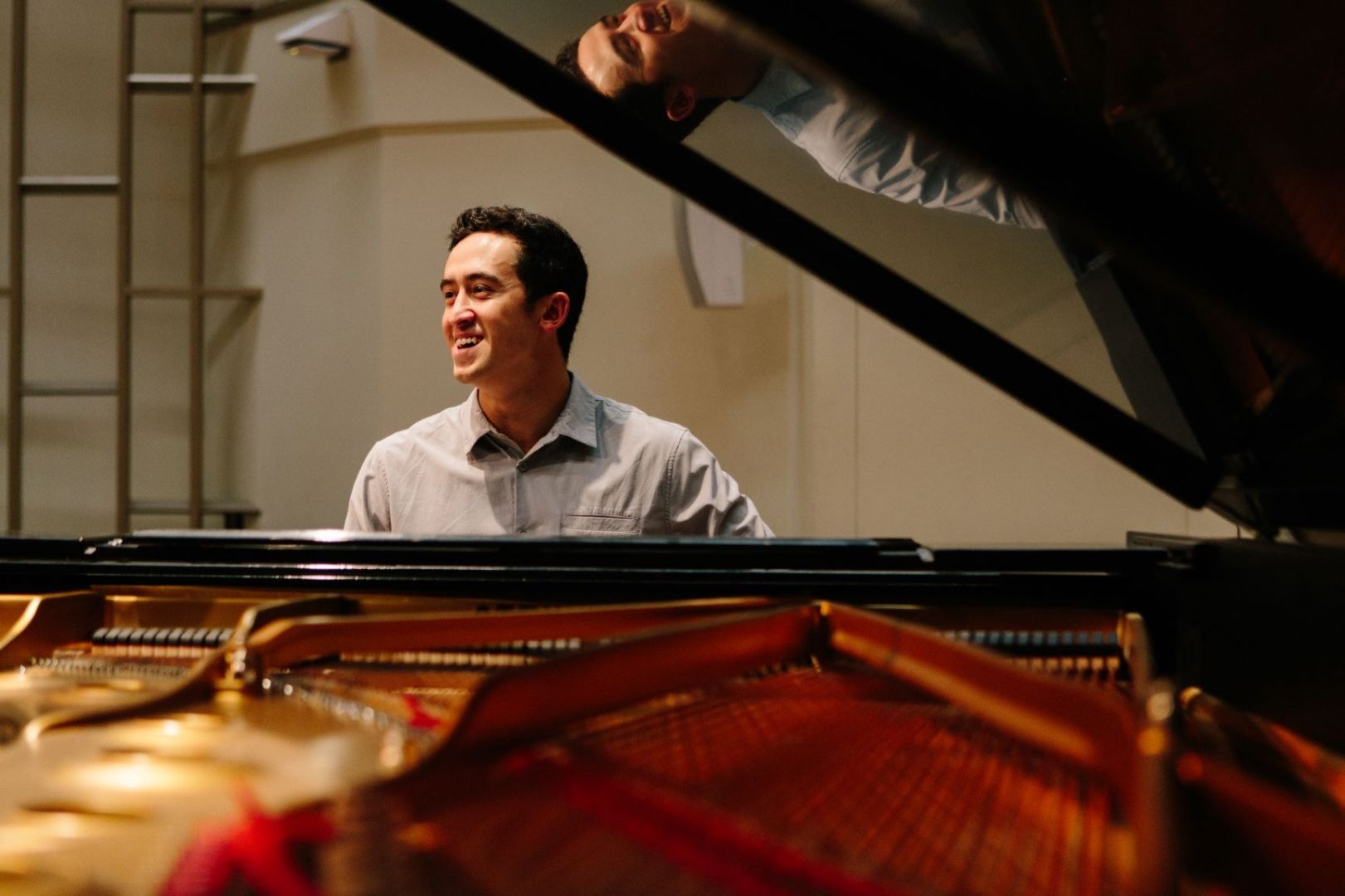 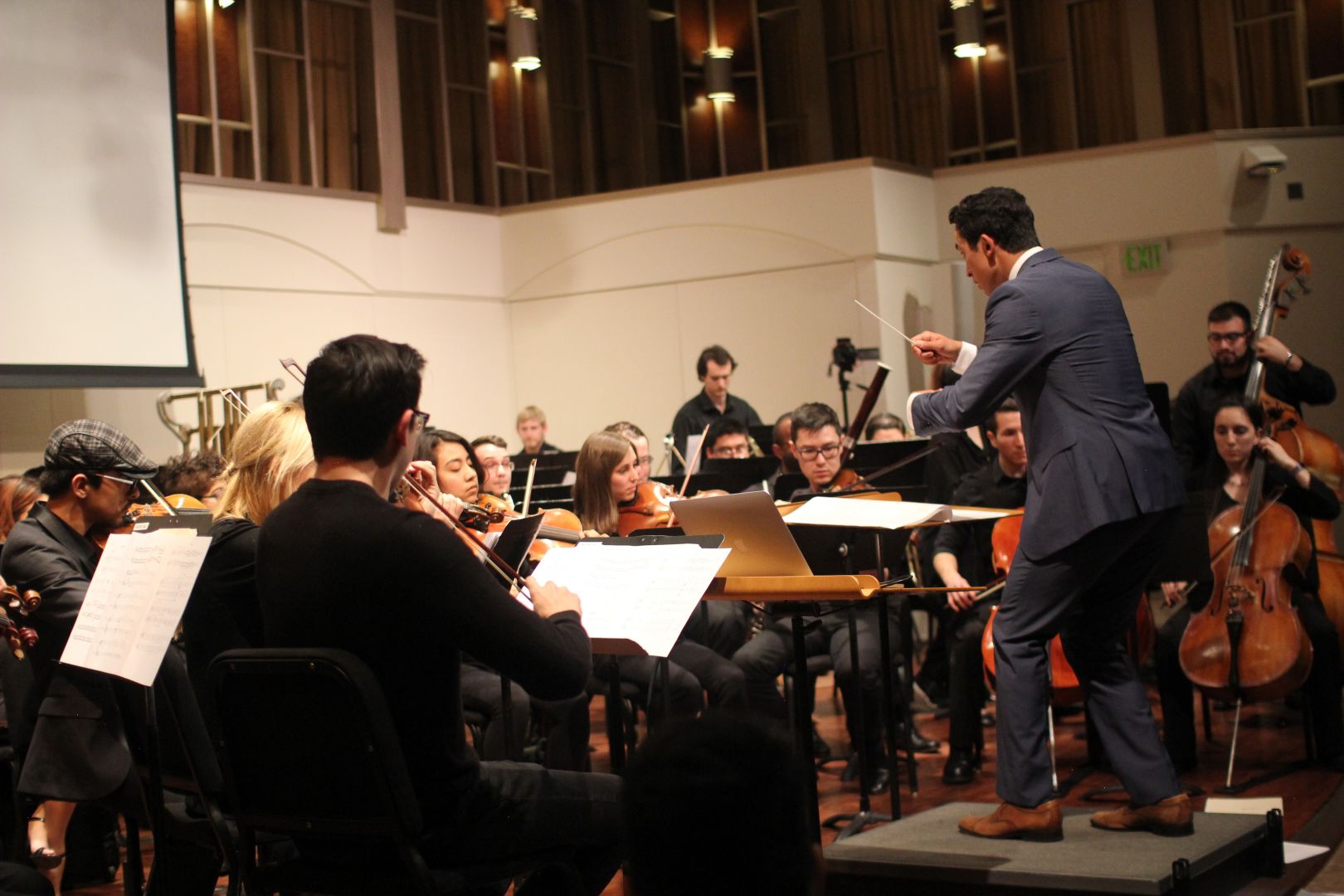 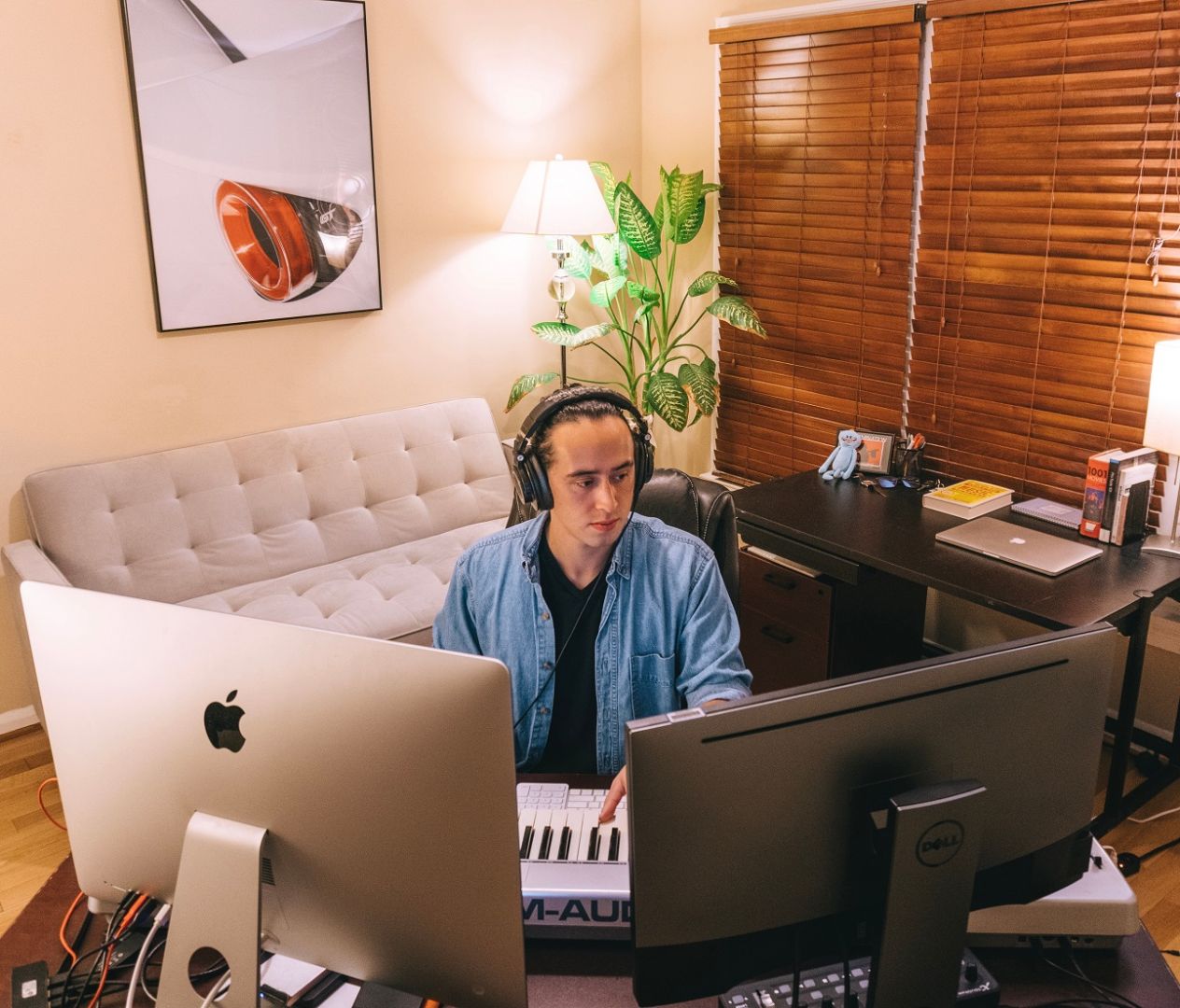 Can you open up a bit about your work and career? We’re big fans and we’d love for our community to learn more about your work.
I’m a composer for films, television, and video games, as well as trailers. I’d say something I really take pride in is my ability to create a memorable melody and the way I utilize the orchestra in scores. I definitely attribute this to my upbringing where I would pretty much exclusively listen to the works of composers like Jerry Goldsmith and Alan Silvestri, and to artists Yanni and Cirque du Soleil (yes I listened to circus music, okay?). Scores today are more and more about texture and tone, and while there is some truly insane and mind-bending work highlighting this approach, writing a memorable tune is a bit of a lost art, and it’s something I hope I can help bring back to the forefront. I also get super excited about exploring crazy odd meters and polyrhythms, and combining those with modern production techniques. I think there’s still a market for this composition style in the industry (especially with orchestras), and it’s a fun way I like to keep things fresh in my scores. Ludwig Goransson is somebody I feel really dials this approach up to 11, and it’s part of what makes his voice so unique!

As far as my journey, I first got my start in the scoring world during my freshman year of college. Through a friend, I had a lucky connection with filmmaker extraordinaire Rory Karpf, who was making a bunch of sports television shows for ESPN at the time. Rory trusted me as a young composer to write the score for Snoop & Son: A Dad’s Dream, a sports documentary mini-series that featured Snoop Dogg, and it was such an incredible opportunity for a first-time composer. Writing on a big show like that so early on gave me a ton of confidence going into my next projects, and I’m currently working on a feature film with Rory as we speak!

That being said, my next few years were extremely tough, including transferring schools and even quitting music briefly. I think a lot of that had to do with my career as an athlete, as I was trying to figure out if I wanted to go all in pursuing a career in baseball (I was pitching in a Division I conference at the time) or writing music. Being able to compartmentalize these opposing facets of my life proved to be extremely difficult for me and was something that took years to figure out, but ultimately it really strengthened me mentally. It was basically five years of running from 6am weights, to four hour baseball practices, to afternoon class, and then finally back to scoring films at night. Those years were so vital in my learning and development, and the whole process was an insane experience I’ll truly never forget.

Let’s say your best friend was visiting the area and you wanted to show them the best time ever. Where would you take them? Give us a little itinerary – say it was a week long trip, where would you eat, drink, visit, hang out, etc.
The first place I would take an out-of-towner would be this fantastic coffee shop called Verve (you need to go to the one in the Arts District). Absolutely insane specialty coffee there and ridiculously good Avocado Toast. Seriously, just take my money. Hikes and beaches are always a go-to during the day, and a hidden gem for us techies is Dreamscape VR. They pretty much have you throw on a motion capture suit and goggles and put you out on a high-tech stage for an out of this world VR experience. For movie buffs, Alamo Drafthouse Cinema is now the only way I want to watch a movie, as they have waiters bring you food in the theater during the film (plus the “Golden Age” vibes of the cinema are just immaculate). If alcohol is your thing, Angel City Brewery is an absolute must. Or if beer doesn’t do it for you, June Shine is a great kombucha bar. BUT most importantly, for all us Star Wars fans out there, head over to the Scum & Villainy Cantina and get some of their Blue Milk to fulfill your lifelong dream of having a drink on Tatooine (or on Hollywood Boulevard in this case). 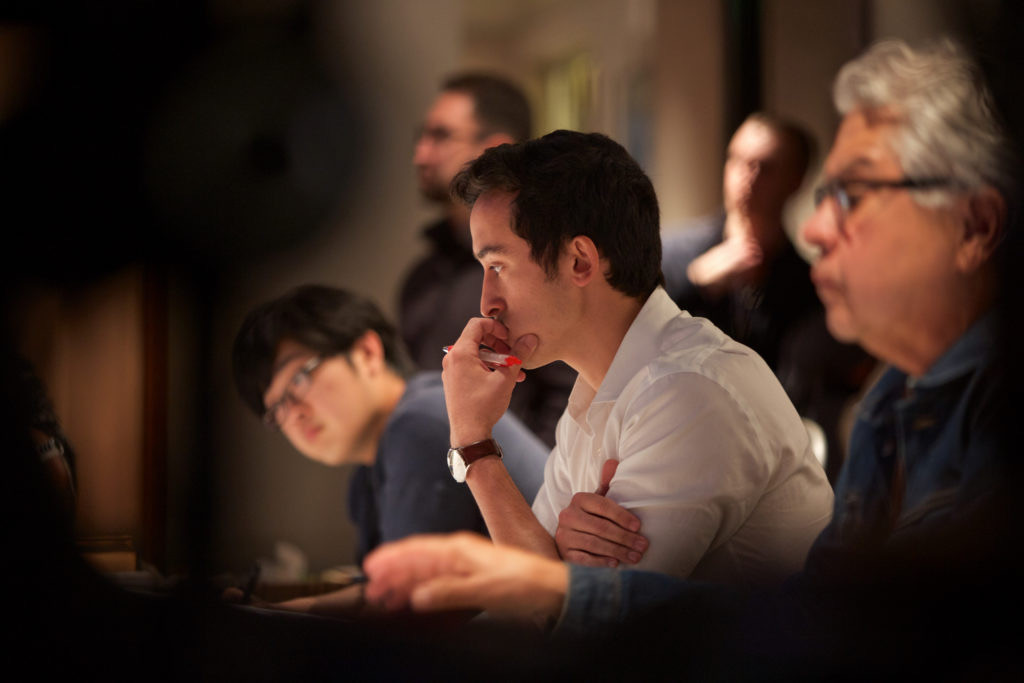 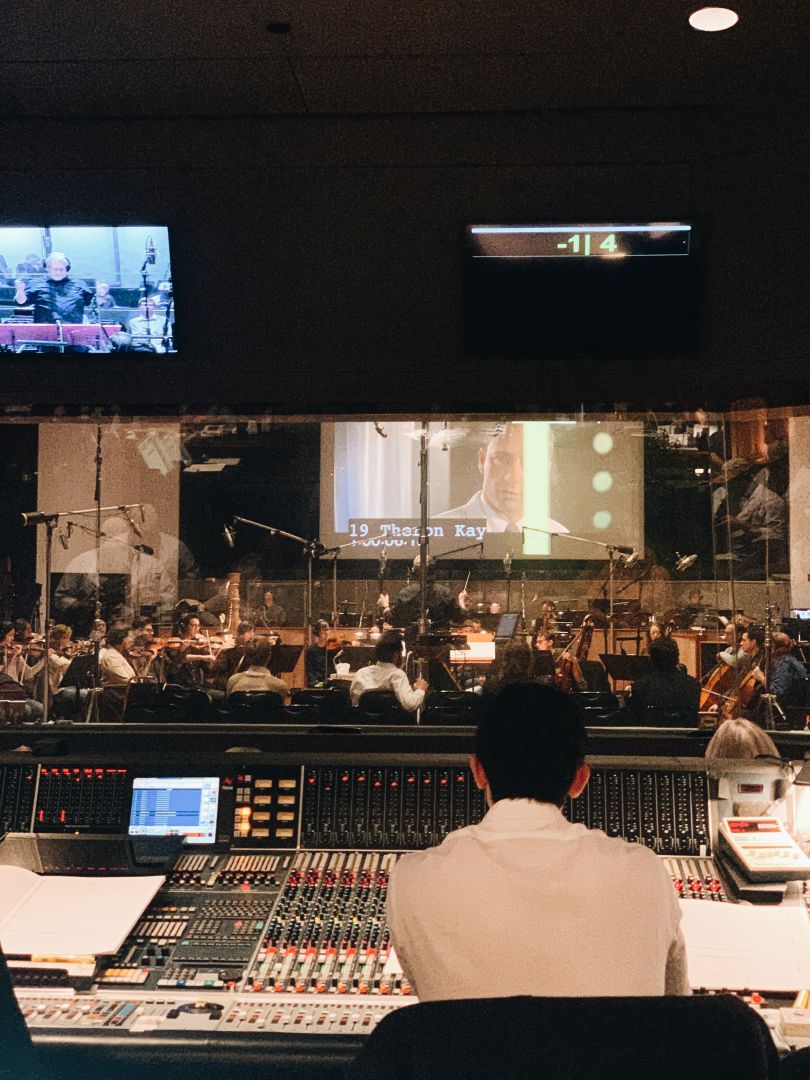 Who else deserves some credit and recognition?
Absolutely! Tough to only credit a few folks, but #1 on my list would be Elizabeth Sellers, the head of the Media Composition department at Cal State University, Northridge (when I attended undergrad). She took me in when no one else wanted me, and believed in me when I was at my lowest and about to quit writing music. I was a super late transfer to CSUN and submitted my transcript to her only 2 weeks before the semester started. I had been denied from a few places and had already switched out of being a composition major at my previous school (Baylor University, which is a fantastic place with incredible people by the way). But Sellers still took me in and really fostered my growth as a composer. Attending CSUN with her at the helm was the best decision I’ve ever made. Also a huge shout-out to composer mastermind Nolan Markey for getting me started in the trailer music world and introducing me to the wonderful folks over at Eternal Music Group. Nolan helped me out during the pandemic when work was scarce for everyone, and trusted me with a trailer for Marvel’s WandaVision!