We had the good fortune of connecting with Thomas J. Pino and we’ve shared our conversation below.

Hi Thomas J., what role has risk played in your life or career?
I believe there is some invisible force always tugging us, telling us what it is we already know about ourselves, and if we just listen to it, the reward is priceless. I was living in NYC, singing in a band 6 years ago, and while the band was doing some great things that I never imagined, I still felt stuck. I was juggling the band with a job that was leaving me numb inside. I felt like I was living a double life. I “felt” a voice telling me I needed to do something different. I say feel and not “hear” because it was more of an instinct, rather than an audible voice. Shortly after that. my band broke up, and so did my relationship at the time. The 4 people I spent 99% of my life with were no longer there and I felt that voice even louder now. It was saying “GO!” I never lived outside NYC, but I always had LA or Nashville on my brain because I wanted to do music full time. I visited LA, and sure enough a friend of mine from NY was living out there, and had a job opening. This was one of many synchronicities in my life that I encourage us all to pay attention to. This may sound “woo woo” but I did take it to be a sign. Sure it was a risk, leaving my entire life, friends and family behind to follow a hunch, but I did it anyway. This was very unlike me at the time, but now when I look back at that person, I can’t believe I was afraid for all those years leading up to that. Moving to LA help me learn so much about myself. The most important part what is that I learned I could take a risk, and I would be fine doing so. I also learned that I couldn’t live without doing music. It wasn’t a hobby. It was something I had to do. If not for that first risk, I don’t know if I would’ve been picked up and moved to Nashville 4 years later. I was writing songs but I also had a nice cozy 9 to 5 job (health insurance is expensive as fuck). But I was unfulfilled. So I quit my job and moved to Nashville. I knew I was fine once and I knew I’d be fine again. And while it’s not always easy living gig to gig, each month gets better and I keep getting closer to exactly where I always knew I was supposed to be. So even though it looks like a risk to many other people, it was some thing always calling to me for years. So I ask everyone to pay attention to that voice inside, and trust it. You won’t be let down. 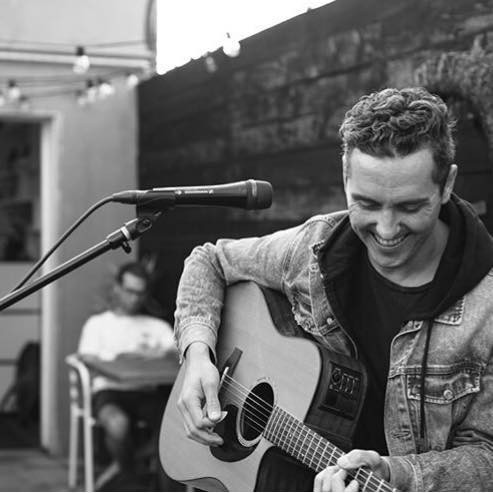 Let’s talk shop? Tell us more about your career, what can you share with our community?
Definitely not easy but not necessarily hard. Just a lot of work, determination and follow through. Also, knowing that one “No” doesn’t mean “No” to you, but that was just one person’s opinion. There’s thousands of other opinions out there and you really just need one to get you going; to start that domino effect. So I’m a songwriter and a producer. I don’t really like to compare myself to others. I do like to blend genres together though, and I love trying to find that one moment in every song to break the rules a little bit. I’m always the guy who’s like “Let’s get weird!” I think following your instincts is so important, even if you think others will laugh. Sometimes they do, but at least you had the courage to try for something new and special. That’s how the most memorable songs happen. I’m mostly proud of staying true to who I am, and having relationships with so many musicians I respect and admire. I try to learn at least one thing from other people in every session I’m in. Anytime I’m like “Shit, how did they think of that?” I try to put it in my back pocket and pull from it in the future. I thrive on being a sponge. Learning new things in music is like unlocking a new level in your favorite video game. I’m still facing challenges every day, so it’s not like they go away when you get to a certain level. Understanding that is a huge lesson I learned. Also, just waking up and being excited and staying present and positive is a huge thing that helps. It’s not always easy but I think if we can find a learning lesson in all of our challenges, that takes the challenge and spins it into a positive thing.

If you had a friend visiting you, what are some of the local spots you’d want to take them around to?
Well if there was no COVID, I’d plan a weekend in Nashville like this: Thursday: – Country Music Hall of Fame tour – Whiskey Jam (nuff said) – Late night beers and snacks at Dino’s or Lakeside Lounge in East Nashville Friday: – Milk & Honey for breakfast – the Oprey and Ryman tours (all doable in one day) – Hot Chicken at Prince’s or Hattie B’s for dinner – Writer’s round at The Listening Room Saturday: – Breakfast at Dose in East Nashville – Broadway during the day (every tourist should at least experience it, but I’d go to the cool spots like Robert’s and Tootsie’s; definitely do a burger and fries at Robert’s for lunch – Dinner at Adele’s – Live music at The Local (or if you get into town earlier in the week, hit FreakShow on Wednesday at The Local) 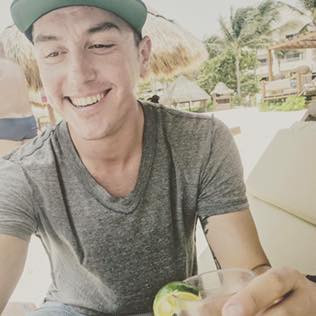 The Shoutout series is all about recognizing that our success and where we are in life is at least somewhat thanks to the efforts, support, mentorship, love and encouragement of others. So is there someone that you want to dedicate your shoutout to?
I had a career coach for a bit when I was in LA. I was going through this crisis, thinking “Maybe I should just switch my day job to the music industry.” He was smart enough to call me out and tell me “Listen man, you’re an artist, go be an artist. I think you know you want to be creating but are just too afraid.” He was right, and I needed that kick in the ass so that I could face myself and my fears and get to the root of it. I’m very grateful he didn’t push me to get some desk job.