We had the good fortune of connecting with Todd Mason and we’ve shared our conversation below.

Hi Todd, how do you think about risk?

“Security is mostly a superstition. Life is either a daring adventure or nothing.” — Helen Keller.

If you read biographies of famous people, one common thread keeps emerging — they all took huge risks. In fact, most of them failed much more than they succeeded but we only see the successes, from a distance.

I was 14 when I organized and conducted my own school chamber orchestra and wrote compositions for them. It was risky because I feared I could have made a fool of myself. But it worked and I think people admired my drive. It even became news in my hometown of Palos Verdes, south of Los Angeles. Somehow, I knew that I wanted to be a classical music composer. The Juilliard School was the next logical step but that was also a big risk. I was afraid I might feel like a big failure if I didn’t get in. The entrance exam was nail biting. But I was beyond thrilled to be accepted in their composition department at the age of 17. For the next 8 years, I studied with some of the most famous American composers of the time.

Then love happened. Another risk! But we got married and never looked back. To make a living, we invented our own company producing promotional videos with absolutely no guarantees of success. There were many tough moments when money was thin and no good jobs were happening but it all culminated with us producing a primetime PBS documentary (2011) on the great American astronomer George Ellery Hale called “The Journey to Palomar.” That was also a huge risk because there was no guarantee it would be picked up and it took almost 10 years to make! We certainly never expected to walk down the red carpet as a filmmakers but that also happened. Our film won 1st Place at the Temecula International Film Festival which led to several national primetime broadcasts on PBS.

Then, I spent a lot of unpaid time getting into computer animation and photography which led to absolutely nothing for a long time but I kept getting better and I ended up being the go-to person for artistic simulations of the world’s biggest future telescopes. My renderings and animations were featured around the world. The New York Times, CBS Evening News, NBC News, and practically every major popular and academic science journal published my work.

But I ultimately decided to come home—back to music—because music has always contained irresistible magic to me, and I now compose full time. My unplanned and risky route has given me enriching experiences and life discoveries that I probably would not have had on a safer path. I discovered that true creative freedom comes not just from technical mastery but also from sometimes unlearning what one has been taught and living a life. I’ve had a few compositions that didn’t work as planned. After months of work, maybe one performance and then nothing. But, I do believe it’s about the journey of discovery, regardless of success. If you stay at it, and take chances, you get better.

The premiere of Igor Stravinsky’s Rite of Spring was greeted by cat calls and people literally throwing tomatoes. Now, it’s one of the most important pieces in the orchestral repertoire.

When I became Composer-in Residence at the Astoria Music Festival in Oregon, I premiered a very personal piece for string quartet called “Elegy,” drawn from the loss of someone very dear. After the performance, a woman came up, looking emotional, and said “I want to thank you. Listening to your beautiful music, I realized that I’m not alone.” That was one of the most meaningful reactions I’d heard as a creative person because I knew I had reached another human being. And it crystalized something in me as a composer––that the highest purpose of art is take chances and bare your soul.

“Sometimes, the biggest risks are those we take with our hearts.” – Anonymous

“And the day came when the risk to remain tight in a bud was more painful than the risk it took to blossom.” – Anais Nin 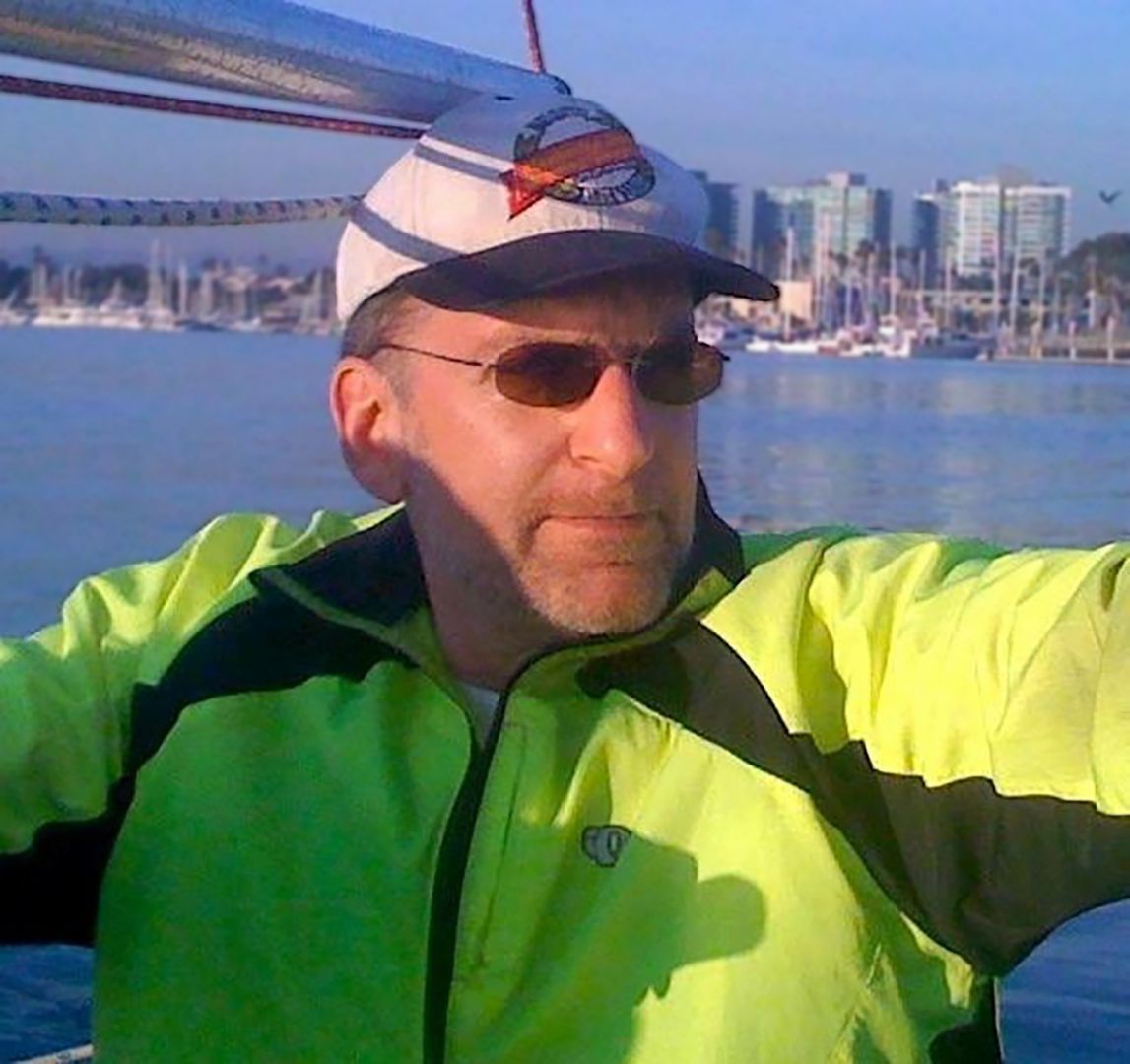 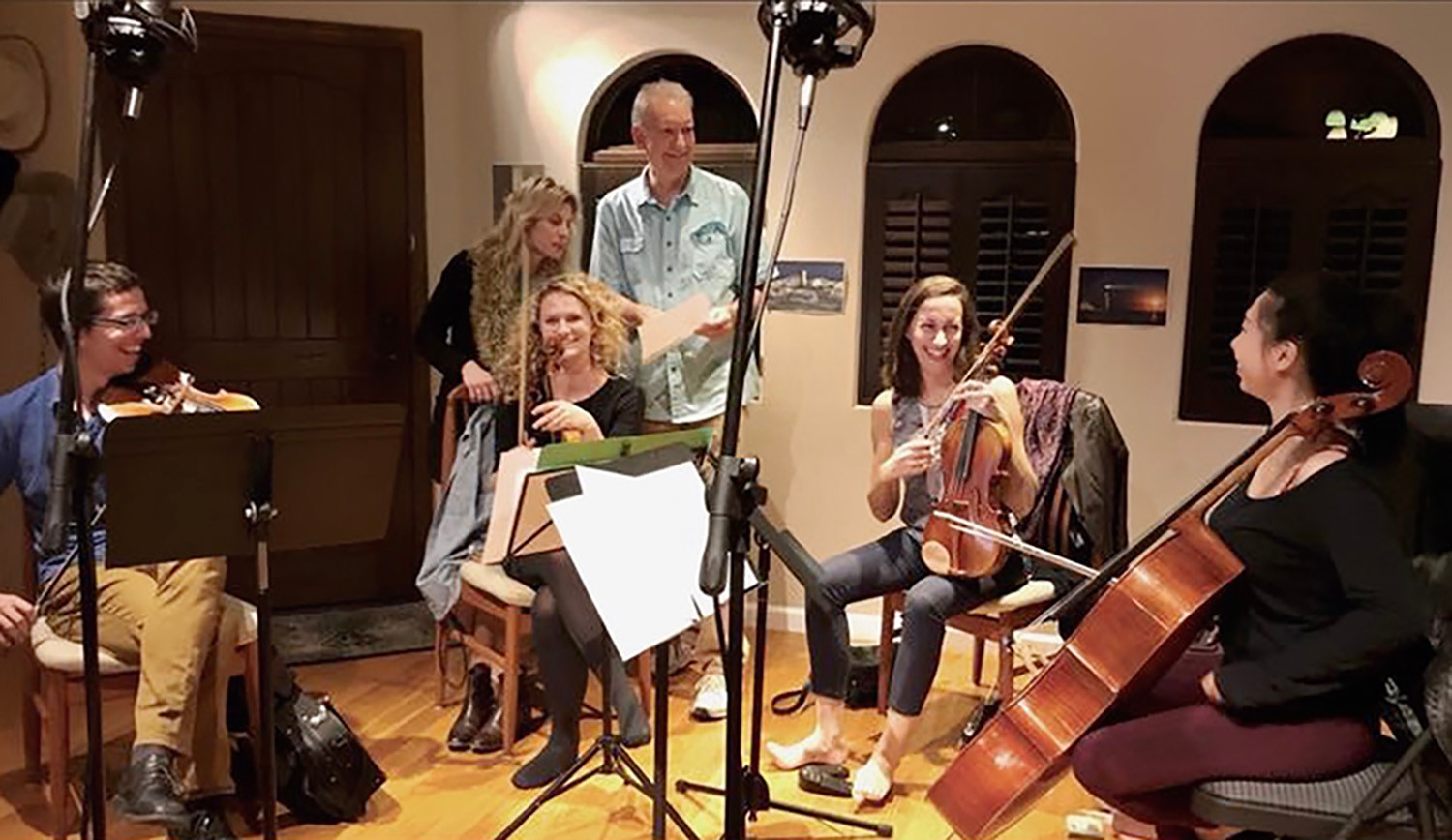 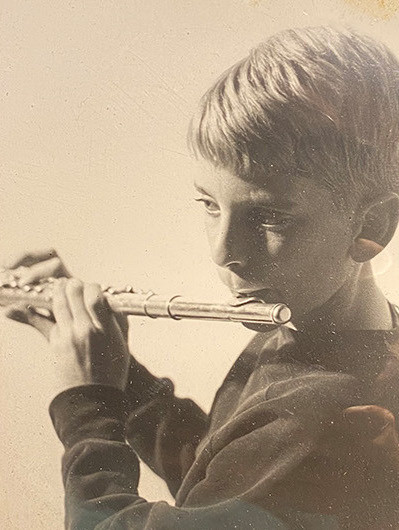 Can you open up a bit about your work and career? We’re big fans and we’d love for our community to learn more about your work.
I’m a classical music composer in LA. I’m from here originally, then I went off to The Juilliard School in NYC, which was quite a culture shock for a 17-year old from Palos Verdes! But I didn’t follow the expected path after Juilliard. I became a filmmaker back in LA and ending up making a PBS documentary on astronomy called “The Journey to Palomar.” I think that change of career path gave me an added perspective on what is important about art. Art is obviously not about making money and it’s not about impressing one’s colleagues. It’s about the journey. It’s about discovering new things about the world. Discovering the human struggle within all of us and then learning how to express that and share it through your art.

When one person came up to me after a concert and said “Listening to your music, I now know I’m not alone,” I knew I was doing something right. Now, I’m writing music full time and enjoying many more performances and lot of interesting projects are in the works. I just finished a new violin concerto which I hope to have premiered in Europe. All of that is exciting but being an artist isn’t an easy path. To be the best you can be, your craft has to be the most important thing in your life. One has to essentially disappear into the challenge. But once you do that, a great freedom begins to open in front of you. I realized I was making progress when I became less aware of the technique of my craft, maybe bit like a skier who suddenly isn’t thinking about how they move their skis but only moving through space.

One of the other big challenges is promotion. It can feel a bit cheap as an artist constantly tooting your own horn but, as one person said, “It does no good to sweep your talent under the carpet.” So I try to find a mix. And it can actually be helpful to polish up your website, for example, and send out proposals because it can help you organize the best of what you’re doing and that ends up coloring your next project, in a good, real-world, way. An artist shouldn’t create a “product” but they need to reach an audience and the two are not mutually exclusive. And getting performances is crucial to a composer because you need to see what’s working.

What I want the world to know about my music is that I’m a storyteller. That I’m trying to let people know there are others who feel what they feel. As one musicologist said, at the end of an hour long lecture on Beethoven, “It’s not that I understand Beethoven, it’s that when I listen to his music, I feel that he understands Me.”

The other challenging thing I do is curate my own classical music chamber series in my own home. It started about 6 years ago and we had no idea if it would work — another risk. We completely remodeled our house and made a very special music room with great acoustics and got an excellent concert grand piano.

Fast forward, my series (called Mason Concerts) has become more successful that I could have planned. USC did a write-up calling our series one of the best in town. Someone said “you have a tiger by the tail” and that feels true many times! We’ve had many of the very best classical music performers in Southern California and we also showcase new music. I now have more concerts that I can fit into my schedule. We plan to restart in January of 2022.

These home concerts have become a wonderful way to celebrate great music and great musicians but also to remember that the higher aspirations of art make life worth living.

Let’s say your best friend was visiting the area and you wanted to show them the best time ever. Where would you take them? Give us a little itinerary – say it was a week long trip, where would you eat, drink, visit, hang out, etc.
LA has so many places to explore. I love to take a break and show visitors our town. I live over on the west side so I usually take visitors to the beach first. Walking along Venice beach is always memorable. 3rd Street and the Santa Monica Pier are fun too. There’s a very special and unique place just up PCH called The Lake Shrine, on Sunset. It has the most beautiful and calming nature walk, around a small lake with some of the most beautiful flowers and plants in LA. There are little alcoves where you can sit and meditate. Further east, just above Pasadena, is the Mount Wilson Observatory. It’s one of the most fascinating and historic places in LA that most people have never heard of but it’s where the universe was discovered about 100 years ago with it’s giant telescopes. Just walking around the pine scented grounds up there revitalizes the spirit.

Of course, there are so many great restaurants in LA! One fun spot is called The Library Ale house in Santa Monica. There’s a garden area in the back that’s quiet and they have great food and of course excellent fresh ales!

And for those interested in something absolutely unique to LA, you could do no better than visiting the Museum of Jurassic Technology in Culver City. It defies description except to say that it has the most fascinating collection of strange objects perhaps seen anywhere, including tiny hand-made figurines, like Elvis, inside the eye of needles that you have to look at through a microscope and stunning X-ray photos of flowers. It’s not uncommon to see celebrities there, quietly taking it all in. 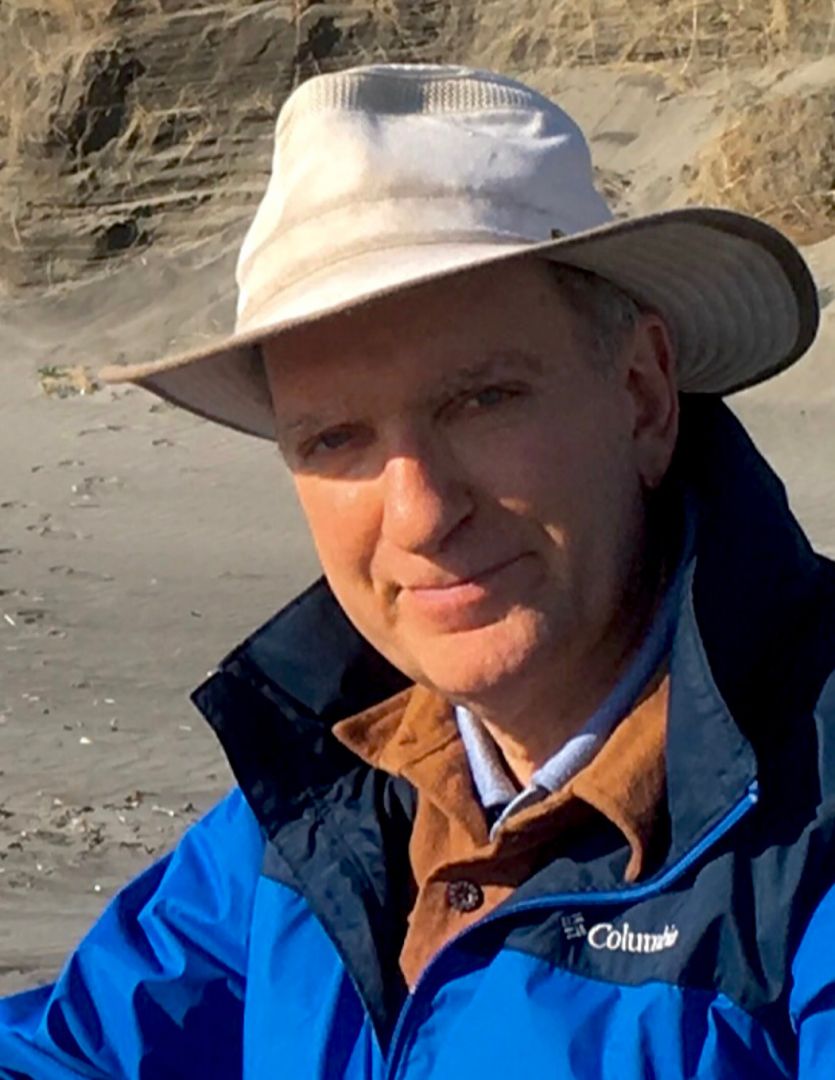 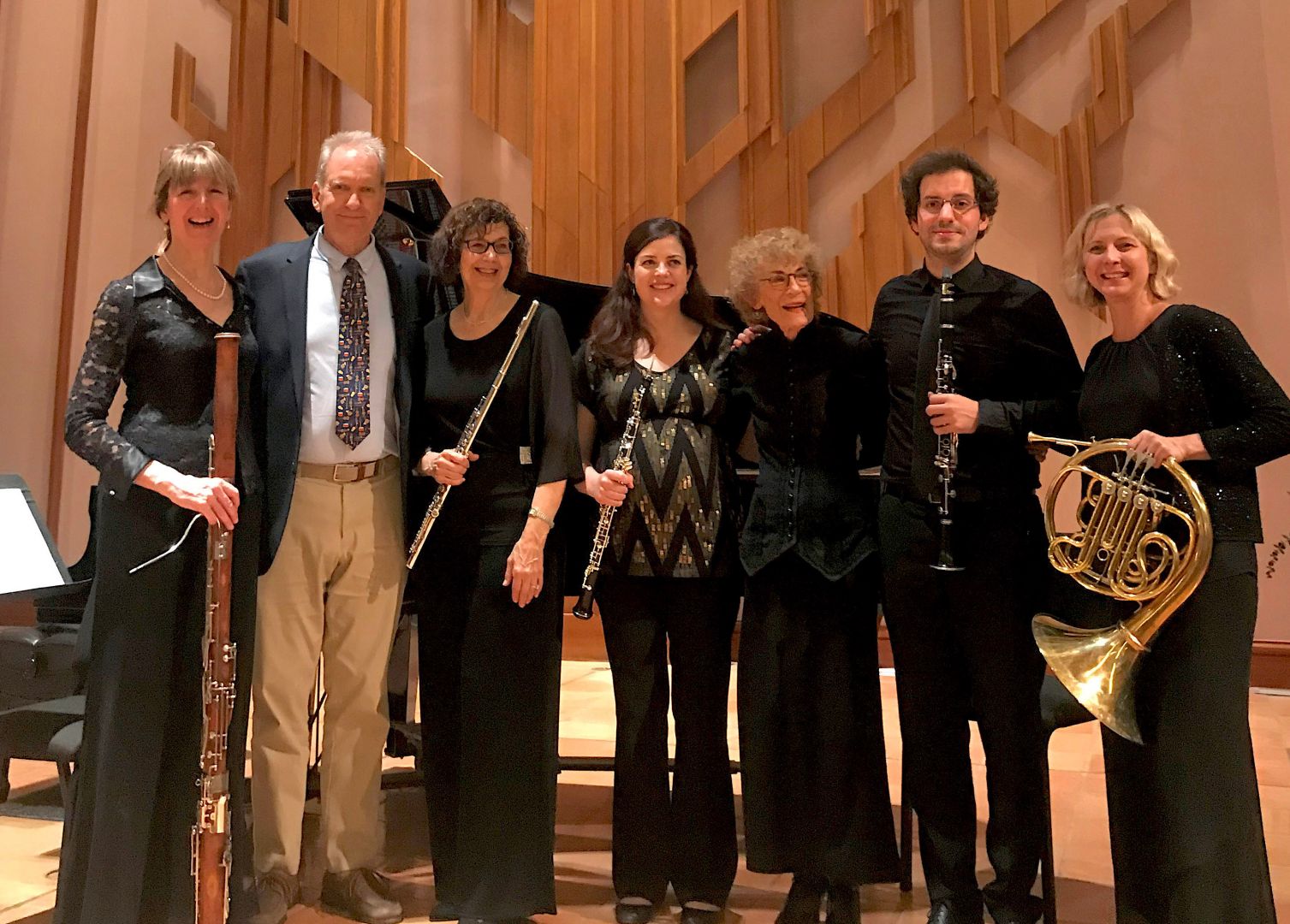 The Shoutout series is all about recognizing that our success and where we are in life is at least somewhat thanks to the efforts, support, mentorship, love and encouragement of others. So is there someone that you want to dedicate your shoutout to?
The Mount Wilson Observatory. It’s one of the most famous places in LA that most Angelenos have never heard of. It’s where the universe was discovered and still operates with the help of amazing volunteers. The observatory also has a great science lecture series and classical music series and gives back much to all who visit, including me! It’s also a dramatic recent story because the Bobcat fire almost burned the whole facility but for the heroic efforts of LA’s firefighters. It’s a fascinating place!

You can reach them through Tom Meneghini t.tamen@verizon.net