We had the good fortune of connecting with Trason Leslie and we’ve shared our conversation below.

Hi Trason, why did you pursue a creative career?
I never saw myself doing anything that wasn’t going to involve some sort of creativity. In class as a kid, while others would be doing work I would sit in my terribly placed assigned seat watching Nacho Libre from memory. I had been itching to do something artistic. I went to a Charter School that treated Math like the Spoiled Baby of the family and anything Art or Expressive got the same treatment as the Red-Headed Stepchild. I felt like The Artist Formerly Known as Prince, I awaited my creative release.

From starring in two Pupil Acclaimed Plays, acting alongside the greatest Classmate Thespians to screening my low-budget Breaking Bad parody in 9th-grade assembly. I wanted to take a break from the stage and pursue my first love of cinema. Around that time Youtube came along and I saw that shorts and skits can sometimes bring fame and most importantly creative freedom. Gladly the cringe YouTube Kid wasn’t me but I found making shorts films was something Id might want to pursue as a career. Any project in class that I could somehow incorporate a video, I would.

I vividly remember making a video for an AP Biology project about Newborns having Clubfeet as a birth defect. It starred Me and a Grover puppet I got from Target. I plan on hiding all the embarrassing videos I’ve made in an unmarked grave like how America tries to bury its racial injustice. 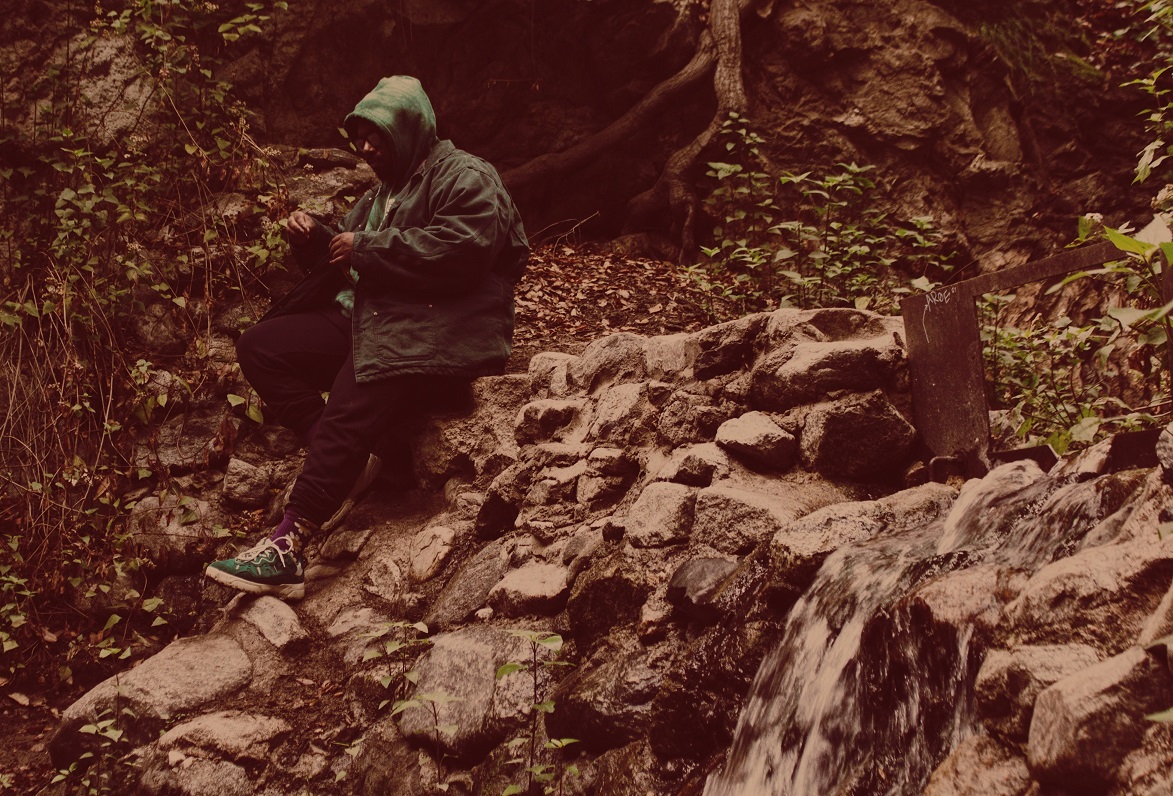 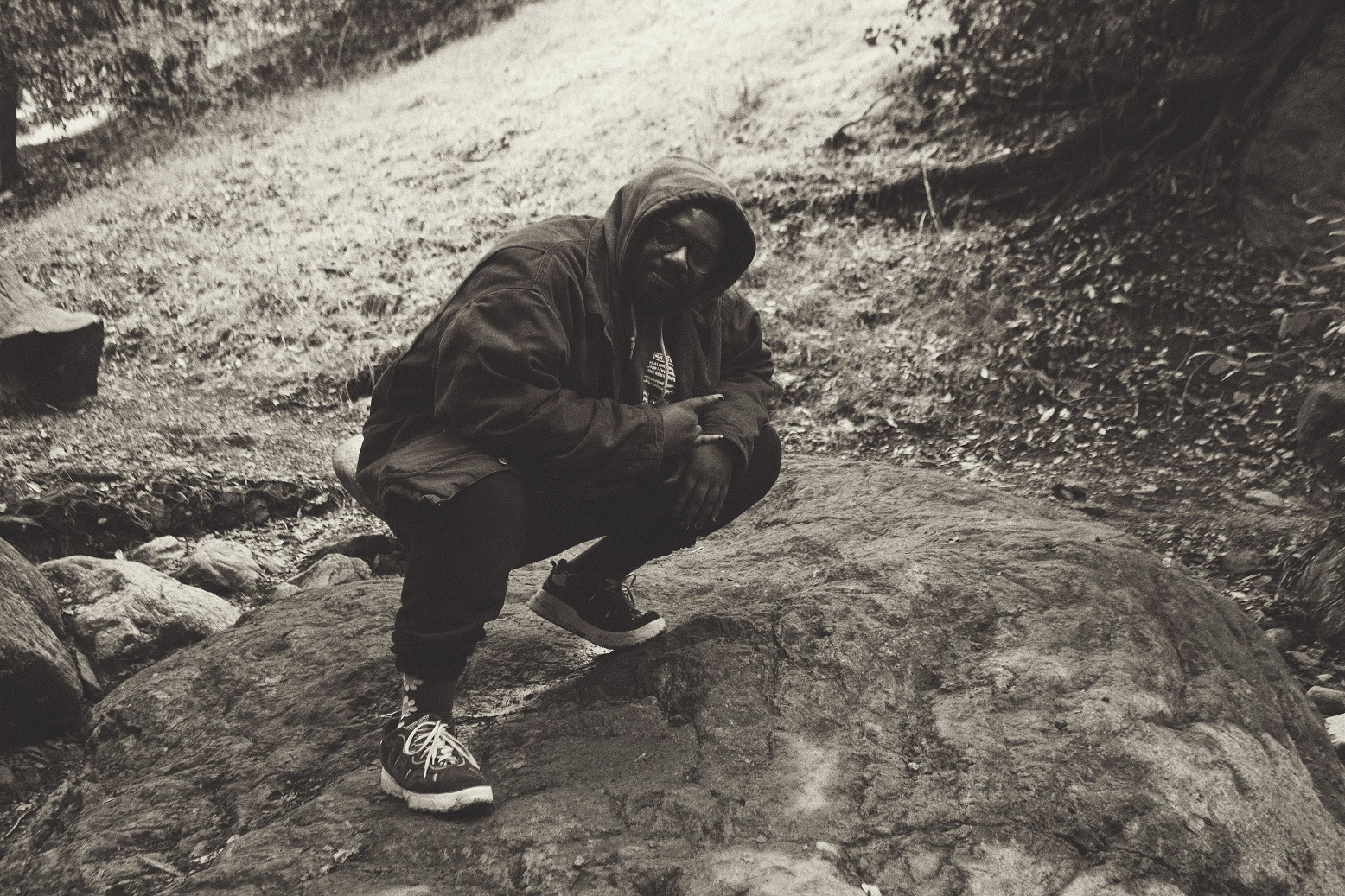 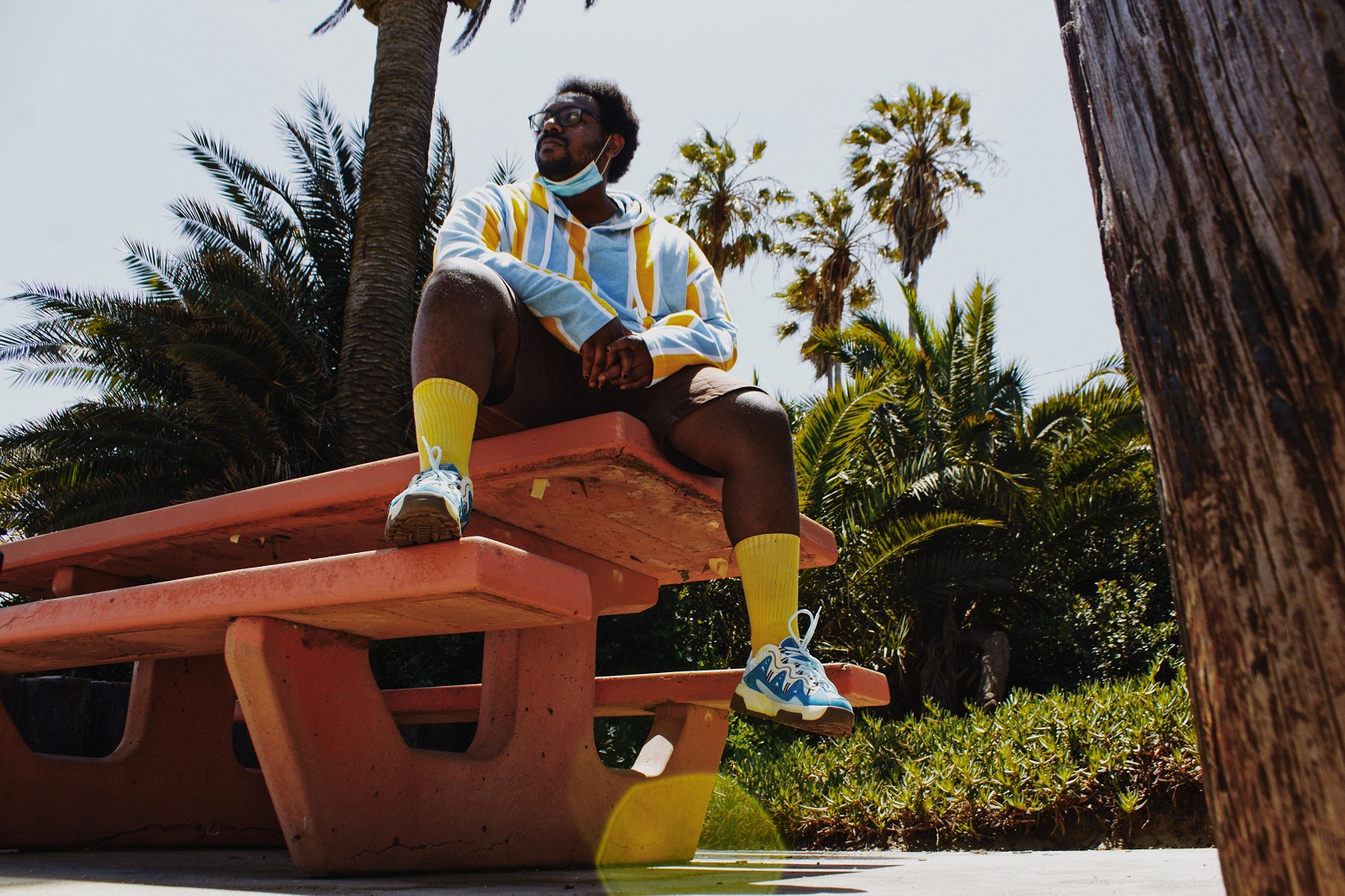 Let’s talk shop? Tell us more about your career, what can you share with our community?
My art spans from life experiences, I’ve found myself over the years always putting myself in these weird sitcom situations mainly for the story I’m going to tell shortly afterward over wine. I enjoy putting my spin on the mundane, the way Hitchcock adds unsuspected malice into a seemingly bland story. I add sardonicism and dry dark humor to an otherwise simple premise along with horror and psychological reflection.
For a while now, I’ve been practicing Surrealist Automatism, which is the act of suppressing conscious thought and allowing the unconscious mind to create. Manifestos of Surrealism by André Breton has been my bible as I write and plot out concepts for future projects and any project I’m on.

My mind works like an old Victorian house, with many doors hiding secrets and ideas that I cant get to on my own. Surrealism is the skeleton key that opens the doors that I couldn’t open or think to. Whether it be a fun idea or me having to face some trauma I’ve been subconsciously trying to avoid. That’s why I see myself making Art House films.

In more ways than numbers in Prisoner 24601. I’ve always been a Theater kid. From the broadway-esk dance scene in She’s Got To Have to Zoot Suit. It showed me that aspects of theater can be uniquely be translated to film. Zoot Suit brought the play to the screen and the audience to the play all at the same time, it was breathtaking. It’s worth a watch, it’ll make sense if you watch it.
For my thesis film The Tree with Rotten Roots, I attempted to get my Luiz Valdez on with complex lighting plots, lots of camera movement, and theatrical lighting for the climax. Having so many crew on light switches and having to cue crew for lights and camera movements was a headache but something I loved to do and hope to do more elaborate setups in the future. Shoutout to G&E. I found my voice and I wish I could’ve done more but retrospect is always 20/20.
Being in film school showed me that you could love a director’s work, that subconsciously your cinematic vibe will feel like them though you didn’t intend to. I can’t tell you how many Mini Scorcese’s and Tarantino Jr I’ve met.

I usually stay away from the Woody Allen fans, to be honest.

Let’s say your best friend was visiting the area and you wanted to show them the best time ever. Where would you take them? Give us a little itinerary – say it was a week long trip, where would you eat, drink, visit, hang out, etc.
First, we gotta get breakfast because odds are I’ve been awake since 5 am. The Potato Sack, which is located in Koreatown. Serves both Korean-inspired meals along with American Breakfast options. Personally, the French Toast is unparalleled and their Breakfast Burger with Loaded Tater Tots will for sure satisfy the hunger. The hospitality is next to none and the customer service is impeccable. I asked for some water and the waiter not only brought me a glass of water but also a Glass Carafe to help myself, that’s what I call great bottle service. This gem is sadly overlooked so I make it a priority to support them.

Afterward, We’re going to Burbank. I spent most of the time in Burbank. Burbank’s like Hollywood but cleaner and way less assualty. One of my favorite places to drop by other than Jamba Juice is Bearded Lady Mystic Museum. If you love niche Horror, Cult Classic Horror, and the word spooky, this is where you should go. Walking in you’re met with a Victorian interior with Sideshow Attraction decorations scattered around the store. Prop Body Parts are up for sale right next to vintage comic books and right in the next room is a Camp Horror-themed area that feels like Camp Cyrstal Lake. They have the best collectibles, I bought old Alfred Hitchcock magazines along with two bags filled with dismembered body parts and a skinned face. Sigh, I wish they came in black.

If the world was perfect you came through because we are going to ABBA Night/ 70s Night at Los Globos in Echo Park. Moscow mules all night and make sure the bartender doesn’t put Titos in it! After we hit every step to Super Trouper, bask in the disco light to Xanadu and go our own way when someone decides to play Fleetwood Mac after Andy Gibb for some reason. Hate when that happens and why Tusk? 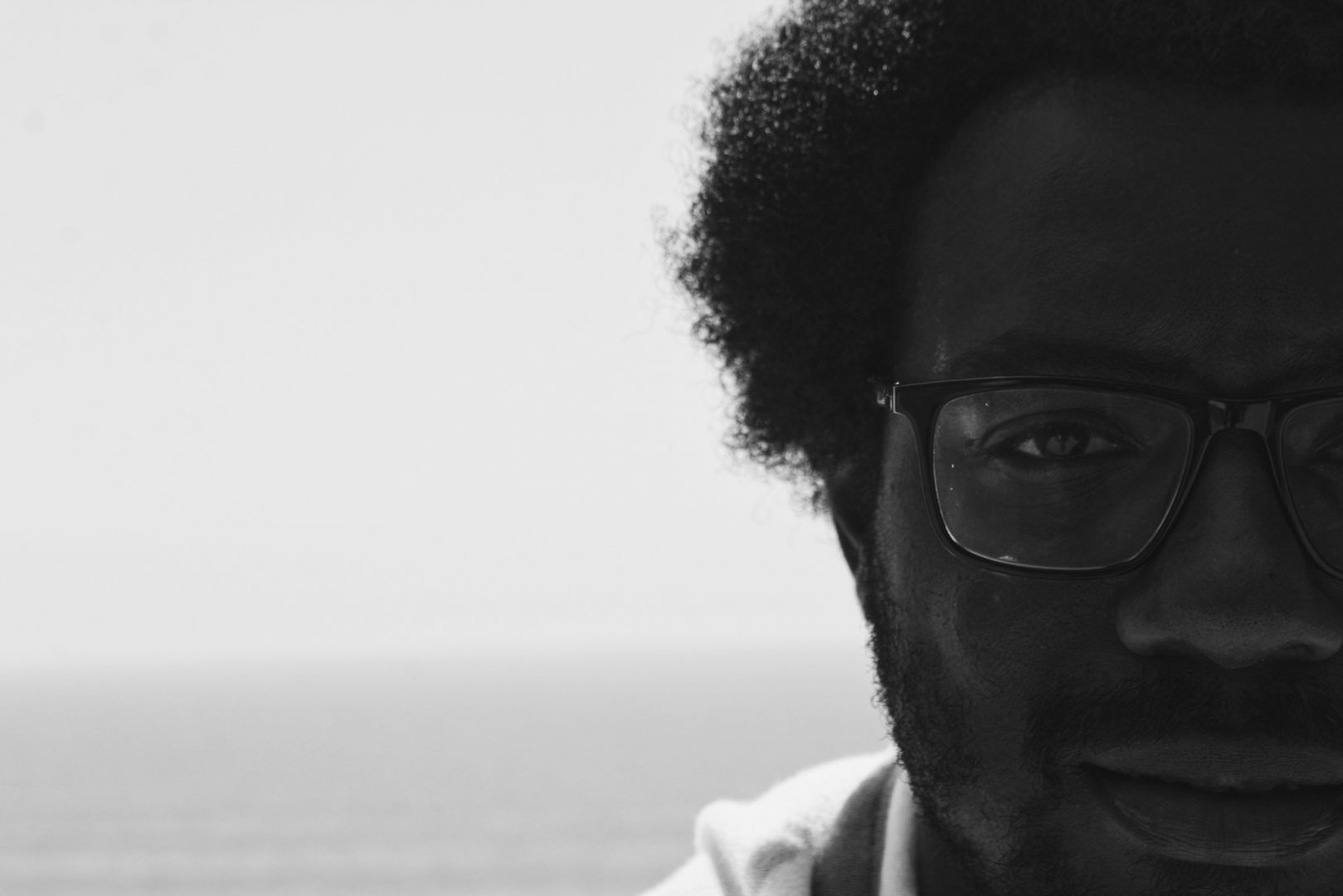 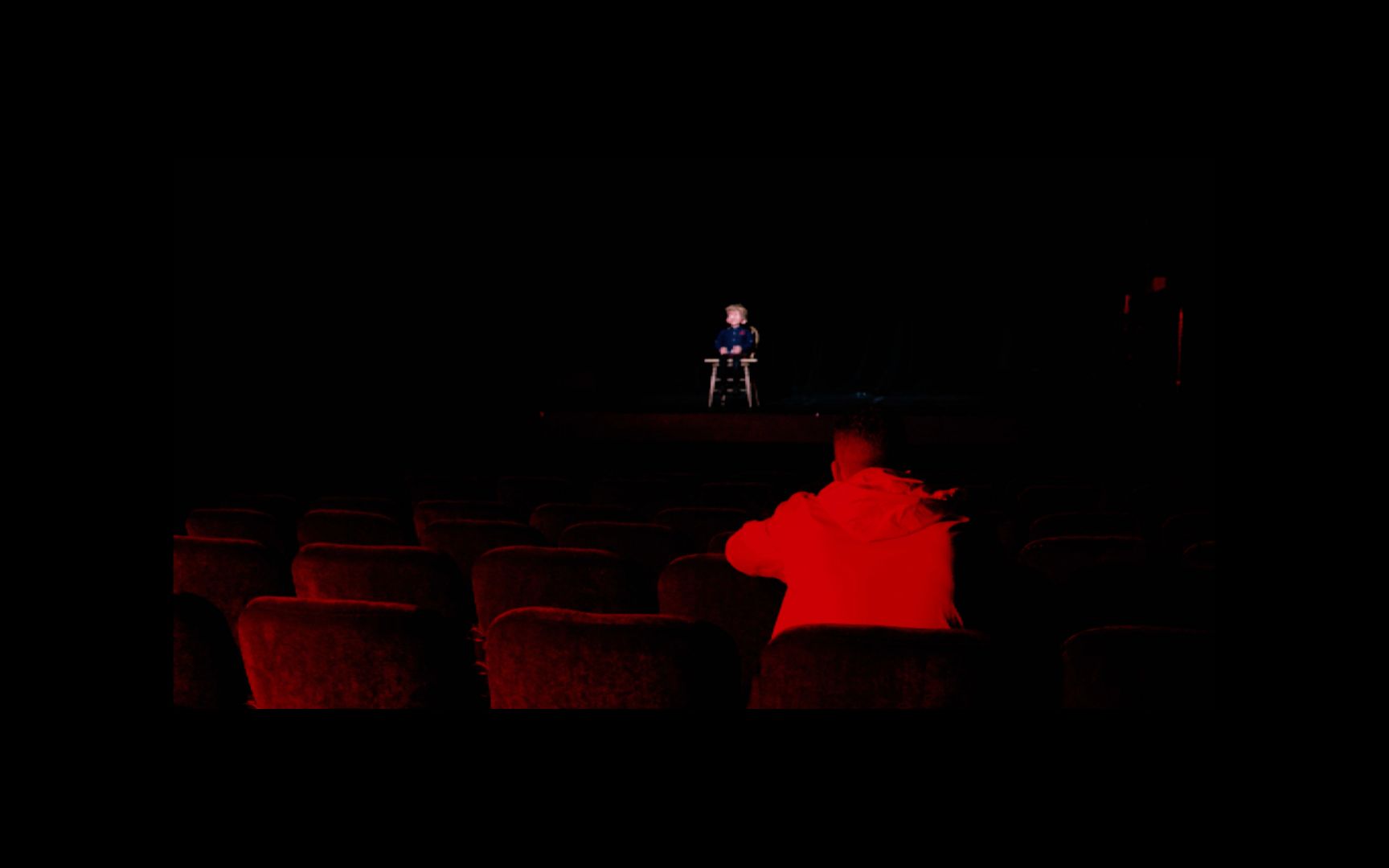 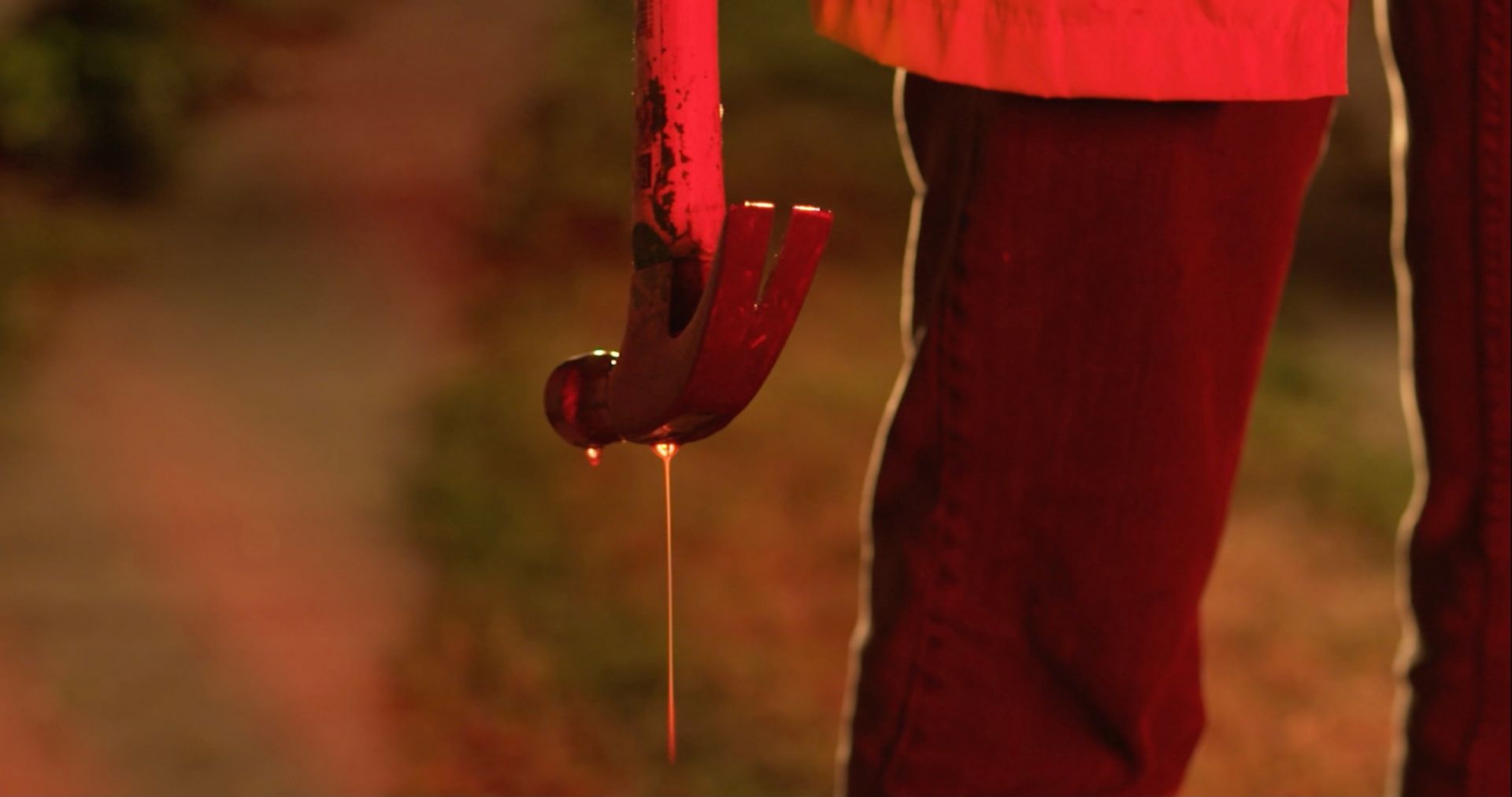 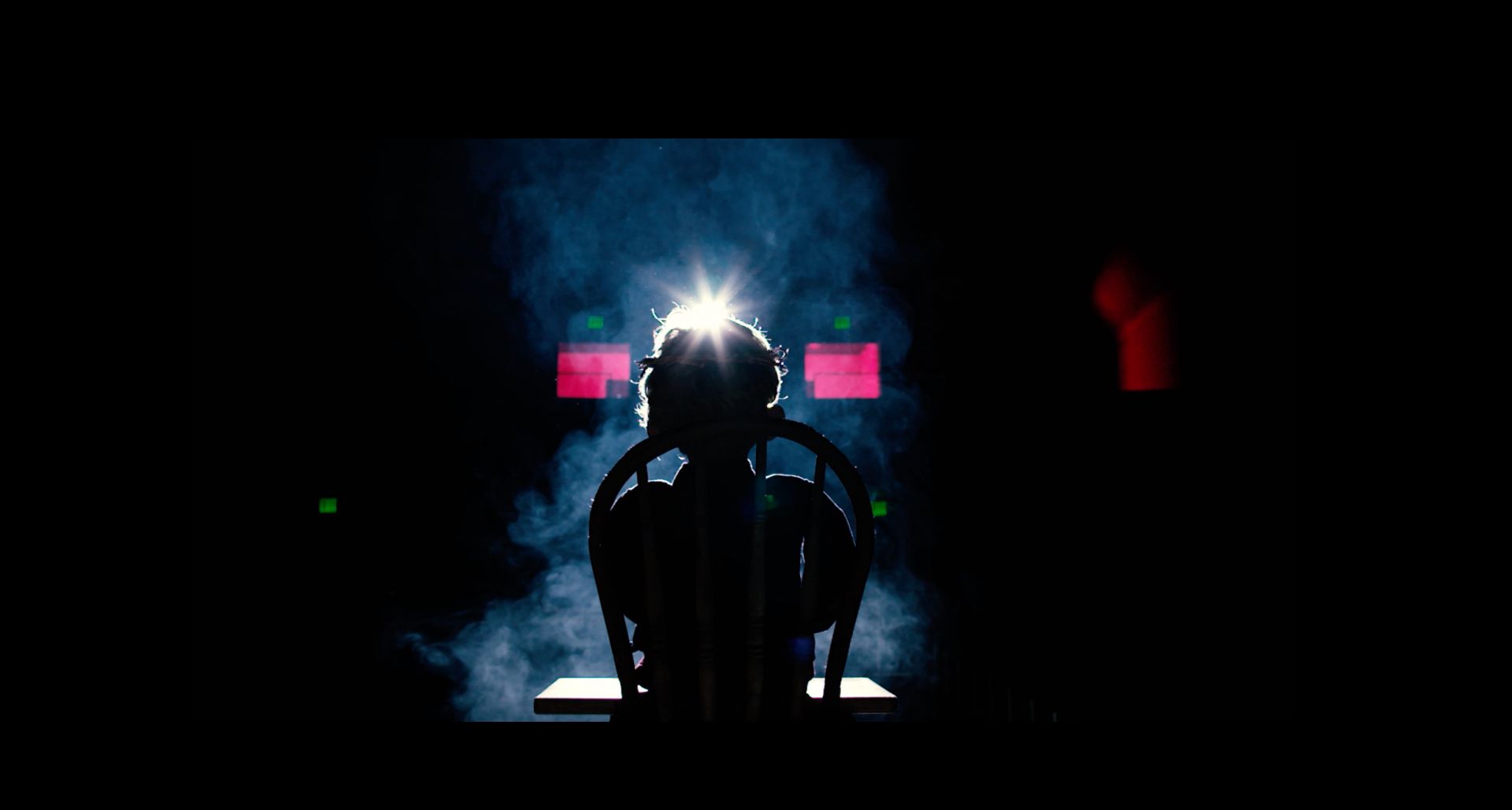 Shoutout is all about shouting out others who you feel deserve additional recognition and exposure. Who would you like to shoutout?
I want to give a Shoutout to BLKFLMMKR, Founded by Jazmin Jenay a FAMU Alumna. At a time when we were largely ignored in the film industry, she shines a light on positive representation for Black People and other People of Color through her amazing clothing brand BLKFLMMKR (Black Filmmaker). With Hoodie Collection names like Collardgreen, Cornbread, and Sweet Potato all to represent their respective colors, I was hooked. When you’ve picked your purchase you pick Yo Claim to Fame, which is your crew position on the call sheet. With titles from Written & Directed by to Set Dressed by, and Production Assistance with sleeves having What A Time to Be a Black Filmmaker it’s hard not to be filled with pride with every purchase and feel represented. Especially if you’re a Production Assistant on your third run for La Croix. You can find more info on the BLKFLMMKR.com site or their Youtube with the same name. Support Black Businesses, Celebrate Black Excellence.

I am currently waiting for my Love Peace & Callsheets Hoodie from their Yams Collection!

Shout out to 40 Acres and a Mule Filmworks, named after what Freed Slaves should’ve been given during the Reconstruction period. Founded by Spike Lee, taking cinema from the Majority who wanted to suppress our voices for far too long. His upfront delivery and his in-depth storytelling always paint the many shades we as people all have. The Good, The Bad, and the Complex.

Both gave us something we should’ve had, proper representation and a unique cinematic voice. It’s been proven time and time again that the only voices that can tell our stories are our own. So why not look good doing it?