We had the good fortune of connecting with Tyler Sage and we’ve shared our conversation below.

Hi Tyler, how has your perspective on work-life balance evolved over time?
I feel incredibly fortunate in that I don’t think much about work/life balance. This isn’t to say that there aren’t moments when I get stressed out and need to take a break from the world, or moments when I find myself gnashing my teeth over the difficulty of writing (this is one of the horrible perks of the job). But it is to say that for the most part I’ve managed to create a situation in which my work and my life are wonderfully and smoothly connected.

My weekly essay series on Substack, called “Thoughts Mostly on Film,” takes the form of a kind of thinking out loud about movies and ideas and the way we create meaning with art; yes, it’s work, but beneath that it’s one of the primary ways that I process the experiences I’ve had and try to grapple with what it means for all of us to be alive on this strange, beautiful planet spinning through space. My artistic work, both as a fiction writer and a filmmaker, operates similarly. The point of any individual piece may be to stimulate the audience, or amuse them, or terrify them, but beyond that I’m simply trying to reach out and communicate some of what I think all of this around us means. There are lots of awful things about a life in the arts – dealing with the rejection, bouts of poverty, wrestling with depression – but there are some tremendous benefits too, and one of these, for me at least, is that for the most part I have the privilege of making the materials of my life into my work, instead of having to think about trying to balance them. 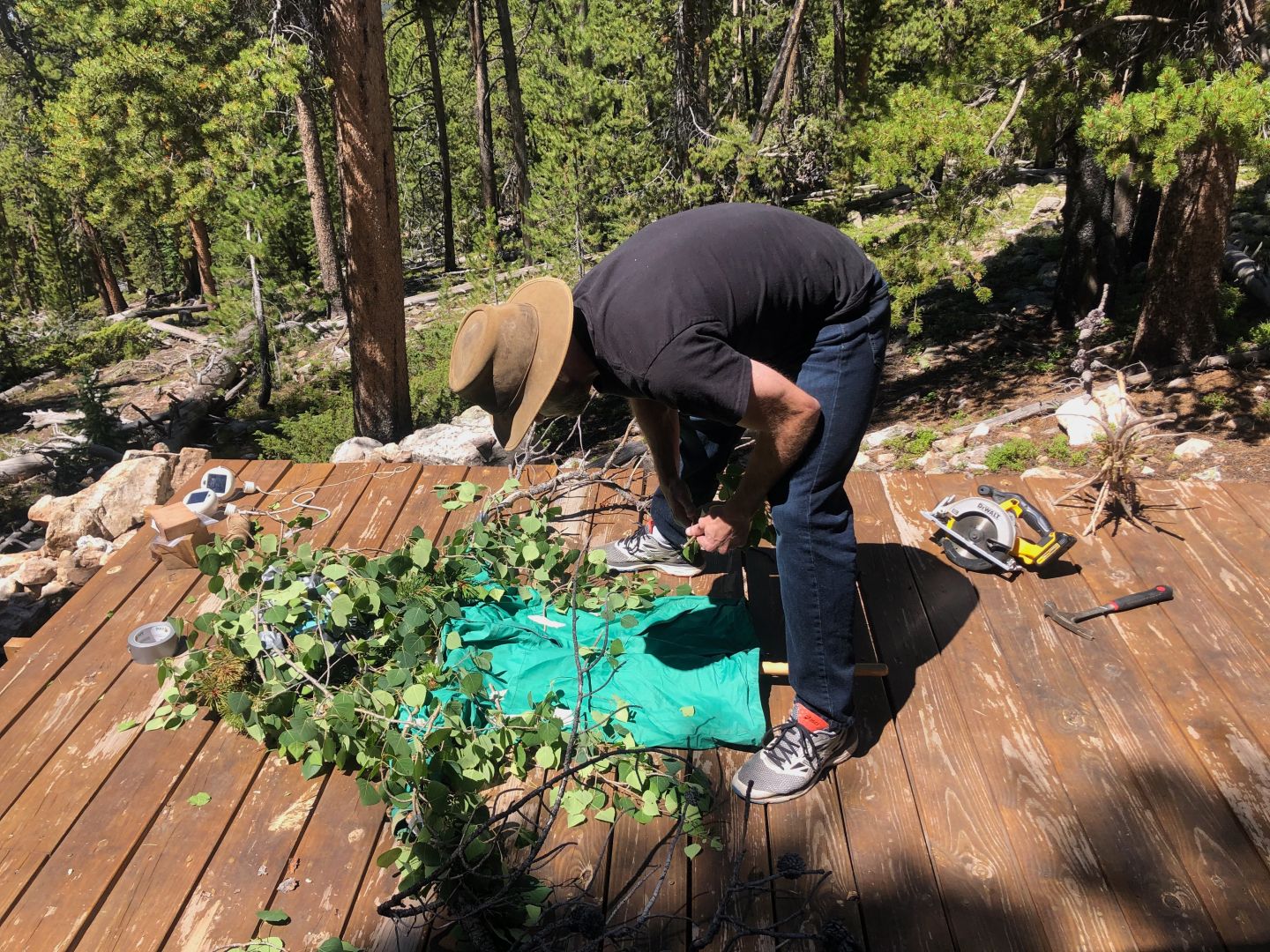 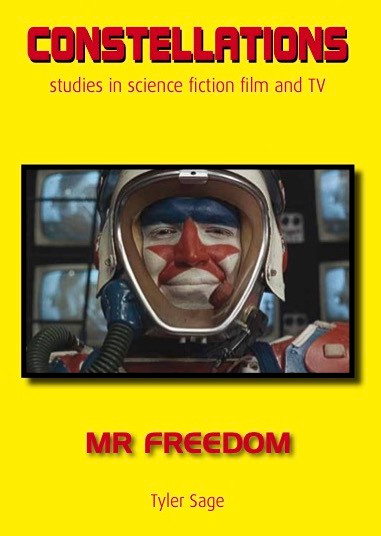 Alright, so let’s move onto what keeps you busy professionally?
For the most part, my artistic work is centered on both telling stories and trying to understand what stories mean. After getting an MFA at the Iowa Writers’ Workshop, I focused on publishing fiction for several years, with a mix of the kinds of successes and failures that can make that world so frustrating. On the success side, I sold a lot of stories and won some accolades – my short story “Fragile Hearts on the Bay” was called “the best short story about Hollywood” of the last thirty years by Arts and Letters Magazine; on the failures side, I sold a book of stories called “Mountainland” to an indy publisher, only to have it declare bankruptcy six months before my book was to come out.

Eventually I ended up out here in L.A., working in the independent film business. In the past few years, I’ve done it all, from the ground-floor up: gripped on micro-budget horror features, been a camera assistant on an actor’s passion-project action film that is so bonkers it may never see the light of day, gotten killed on-screen by being hit in the head with a haunted phone, played a demented killer in an old-timey football costume, done some uncredited writing work that I’ll never admit to, and even made a couple of my own films.

I’ve also continued to write nonstop, as it seems to be something of a disease with me. My dystopic noir novel “The Committers” is available on Amazon, and my study of William Klein’s 1969 cult classic movie “Mr. Freedom” is coming out from Liverpool University Press in June. I’m also currently working with a producer to secure funding to film my feature thriller script “Wolf Trap,” in talks with a production company about a horror pilot, and in pre-production on a dark action/comedy short film I wrote and am directing called “Bad Day on Fountain,” which we’ll be shooting in May.

One of the projects I’m the most excited about right now is my weekly film essay series Substack, “Thoughts Mostly on Film.” These are short pieces, usually centered on an older movie, that talk about everything from the craft of filmmaking to the way critics and academics come up with their ideas (sometimes for better, and sometimes for worse) about what a film “means.” I’ve managed to build an enthusiastic readership, and it gives me the chance every week to revisit my favorite films, share them with my readers, and to continue to sharpen my thinking about what it is about them I love. 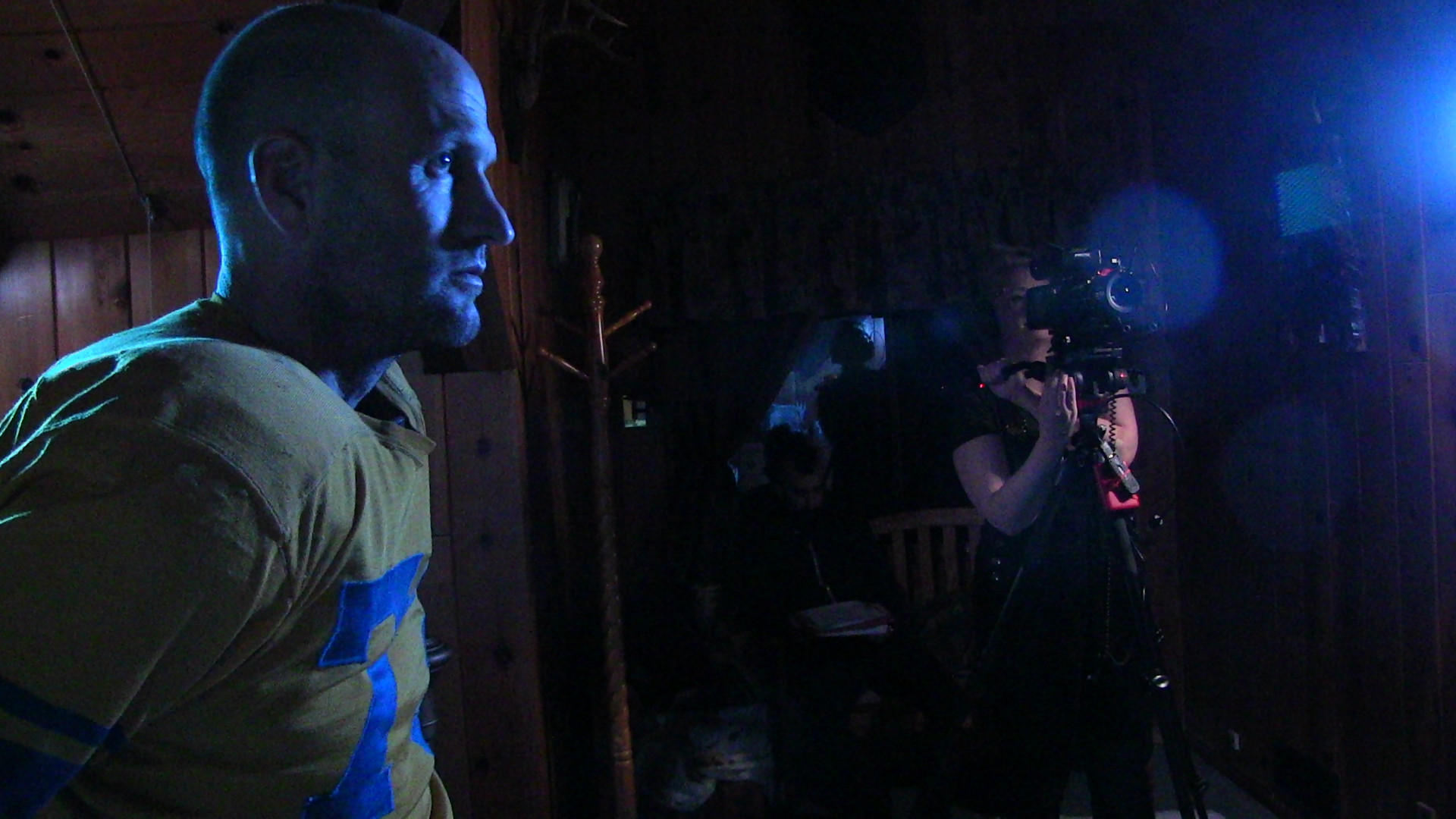 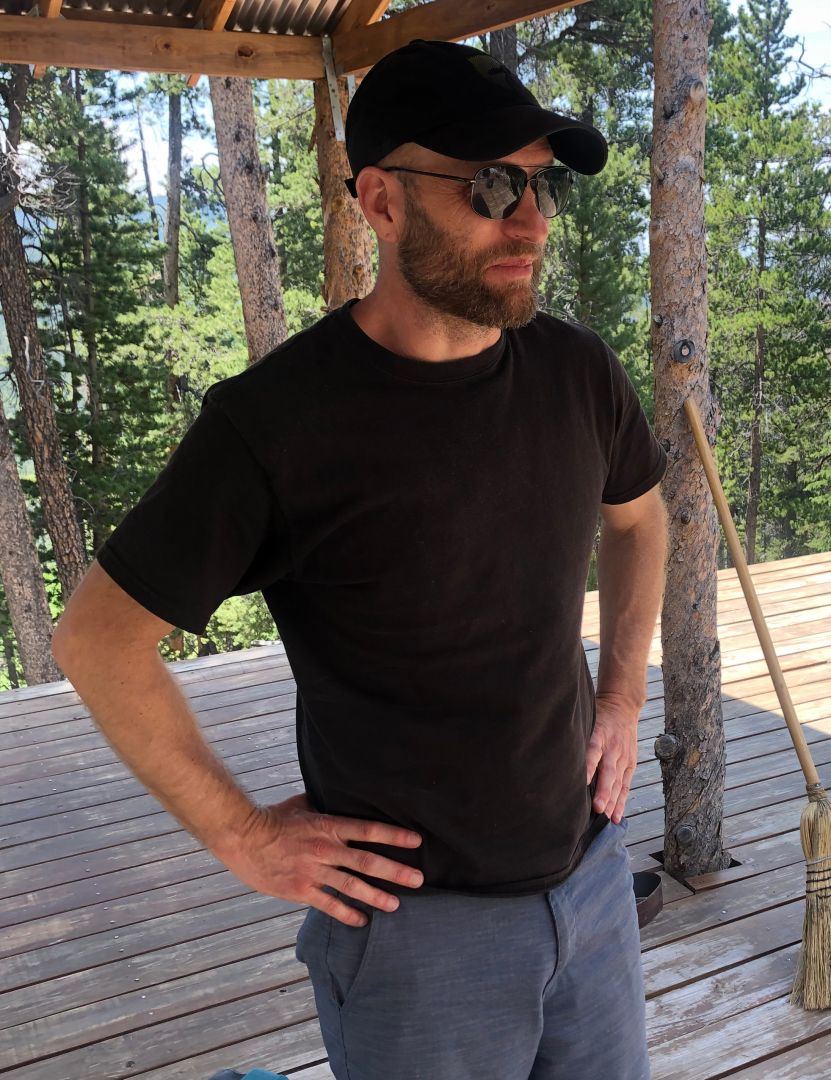 If you had a friend visiting you, what are some of the local spots you’d want to take them around to?
There’s three things I particularly enjoy: eating, walking, and looking at artistic stuff. I’m an east side person, so I’d take my friend to Jitlada, Salazar, Bowery Bungalow, La Pergoletta, and Pine and Crane. To work up an appetite, we’d climb to the observatory from Fern Dell, hike up to Amir’s Garden on the back side of Griffith Park, walk along the L.A. River in Frogtown, and maybe even drive out and climb some of Mt. Baldy for good measure. And somewhere in there we’d take in the art scene (yes, there is a great art scene in LA!) We’d check out the Norton Simon, see what was on exhibition at the Hammer and LACMA, and of course drive up to the Getty. And did I mention that I like movies? At night, after dinner, we’d go to the Vista here in my neighborhood (assuming Q.T. gets it open soon), hit the Egyptian, the Nuart, and the New Beverly. Sounds like a busy week, huh? But a great one. Oh, and at some point I’d take them to the Daily Donuts at Hillhurst and Franklin, which for my money is one of the happiest places in the world. 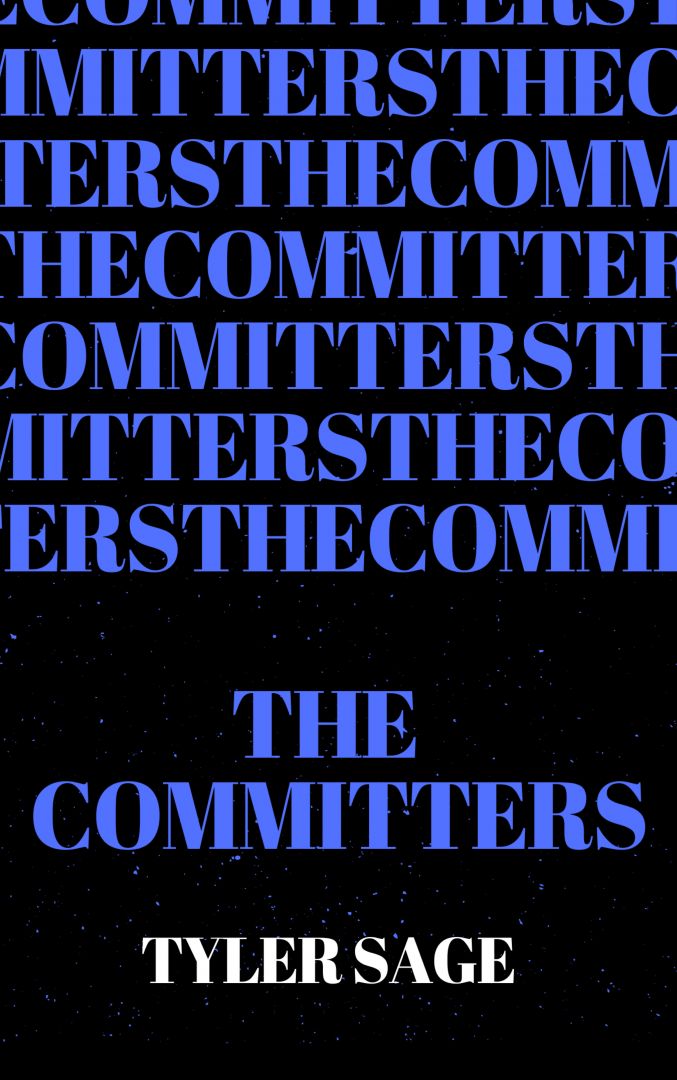 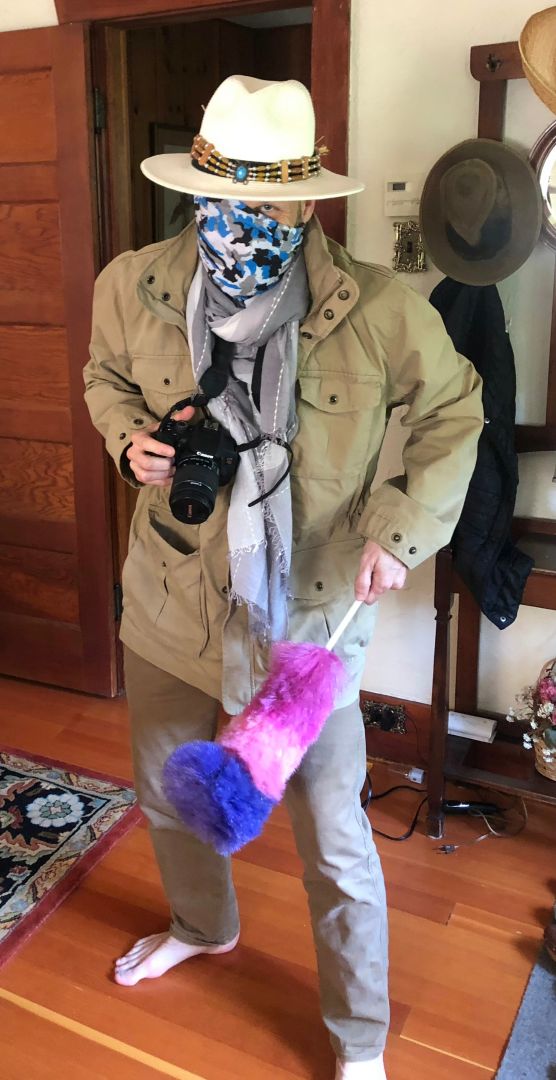 The Shoutout series is all about recognizing that our success and where we are in life is at least somewhat thanks to the efforts, support, mentorship, love and encouragement of others. So is there someone that you want to dedicate your shoutout to?
There are a few people I credit with helping me develop my love of writing and film, some of whom I’ve met and some of whom I haven’t. My parents started me reading early – my mom taught me herself, well before I started going to school – and they also introduced me at a young age to a lot of movies that have been formative in my career. In particular, these were comedies from the 1960s and ’70 that they delighted in, things like Mel Brooks’ “The Twelve Chairs,” Blake Edwards and Peter Sellers’ “Pink Panther” series, and Arthur Hiller’s “The In-Laws” along with the action movies that my dad loved – he called them “shoot ’em ups” – which included everything from John Wayne Westerns to “The Road Warrior” and “Highlander.”

I also have to give a lot of credit to my mentor at the Iowa Writers’ Workshop, Jim McPherson. When I got to Iowa, I was a bit older than many of the students, having spent much of my twenties as a vagabond, doing volunteer work in East Africa, living out of my pickup truck and fly fishing in Montana, and spending way too much time in dive bars. I had some talent, I think, but somewhere in the back of my head it hadn’t occurred to me that I could actually be a writer in the same way that the people I loved reading were. When I met Jim, I was awed by him. I thought (and still do think) that his short story “The Gold Coast” should be counted as one of the greatest short stories ever written by an American, and beyond his writing he had lived such an impressive life. He had graduated from Harvard Law, was the first black person to win a Pulitzer Prize for fiction, and had a talent for finding fascinating and unexpected connections: he had an incredible collection of cassette tapes of himself in discussion with various people, the most memorable of which to me was when he convinced Richard Pryor of the importance of repeated tropes in storytelling by explaining about Homer’s use of the phrase “early-born rosy-fingered Dawn” in the “Odyssey.” He was also an amazingly generous person, who took me under his wing and helped me through what were a couple of very intense, and artistically formative, years in my life.

The final people I feel like I should acknowledge – and these are the ones I’ve never met – are the small, mostly independent movie theater and video store operators across the country who helped introduce me to so much of the history of cinema. From the drive-in off of Hampden Ave. in Denver, where my parents used to take me when I was a kid, to Showcase Video in Missoula, MT, which had a collection of close to 8,000 DVDs (and where I worked when I wasn’t camped out in my truck), to the Charles Theater in Baltimore, which runs a fantastic 35mm Revival Series at which I saw everything from “Man of the West” to “The Visitor” to “Z” for the first time, to the New Beverly here in L.A., I’ve spent a lot of my life engaged with movies in ways that were made possible by people running small, sometimes not very profitable businesses. They do it because they love movies, and for that I’m incredibly grateful to them. 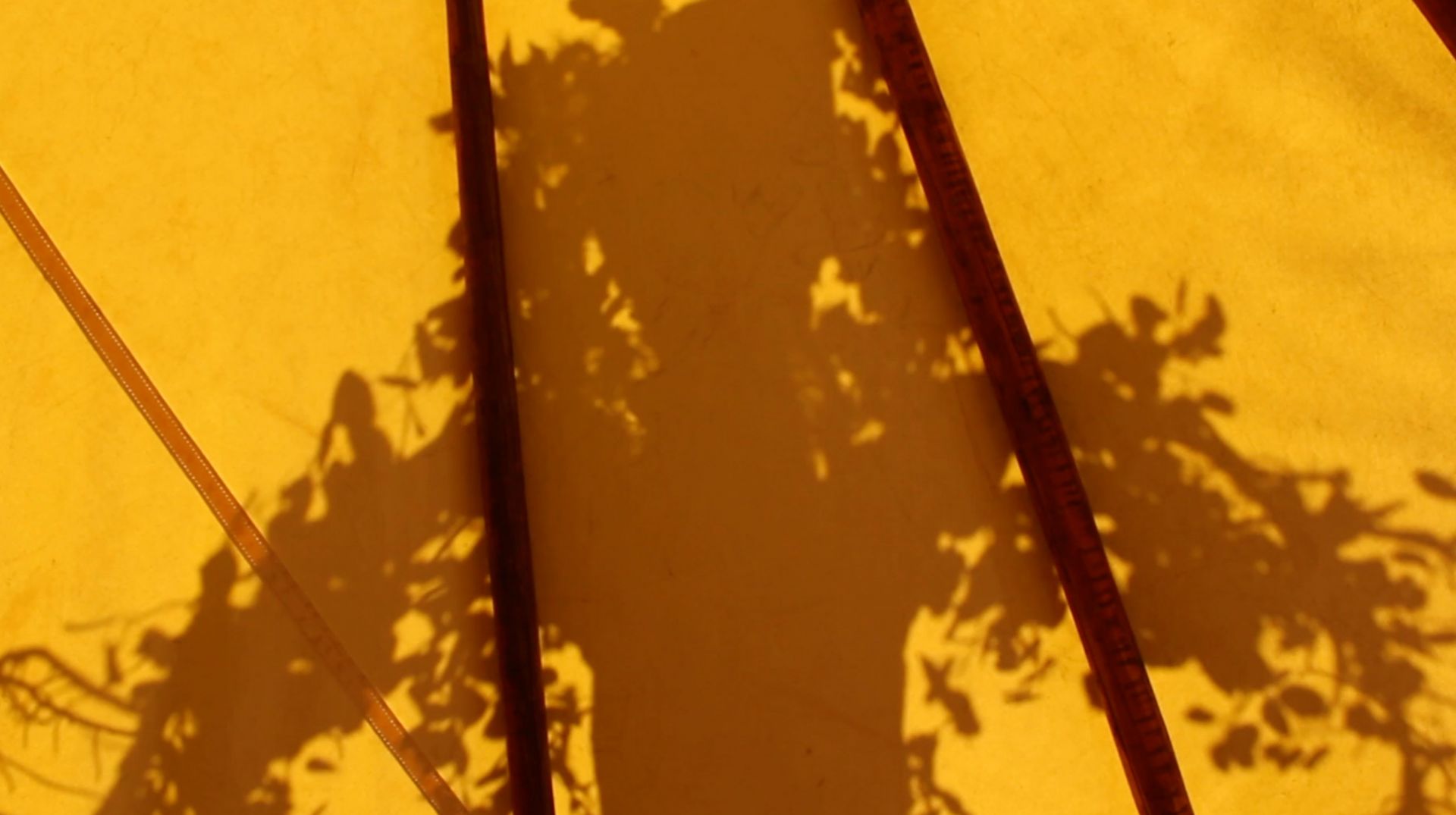