We had the good fortune of connecting with Valerie Gill and we’ve shared our conversation below.

Hi Valerie, what role has risk played in your life or career? 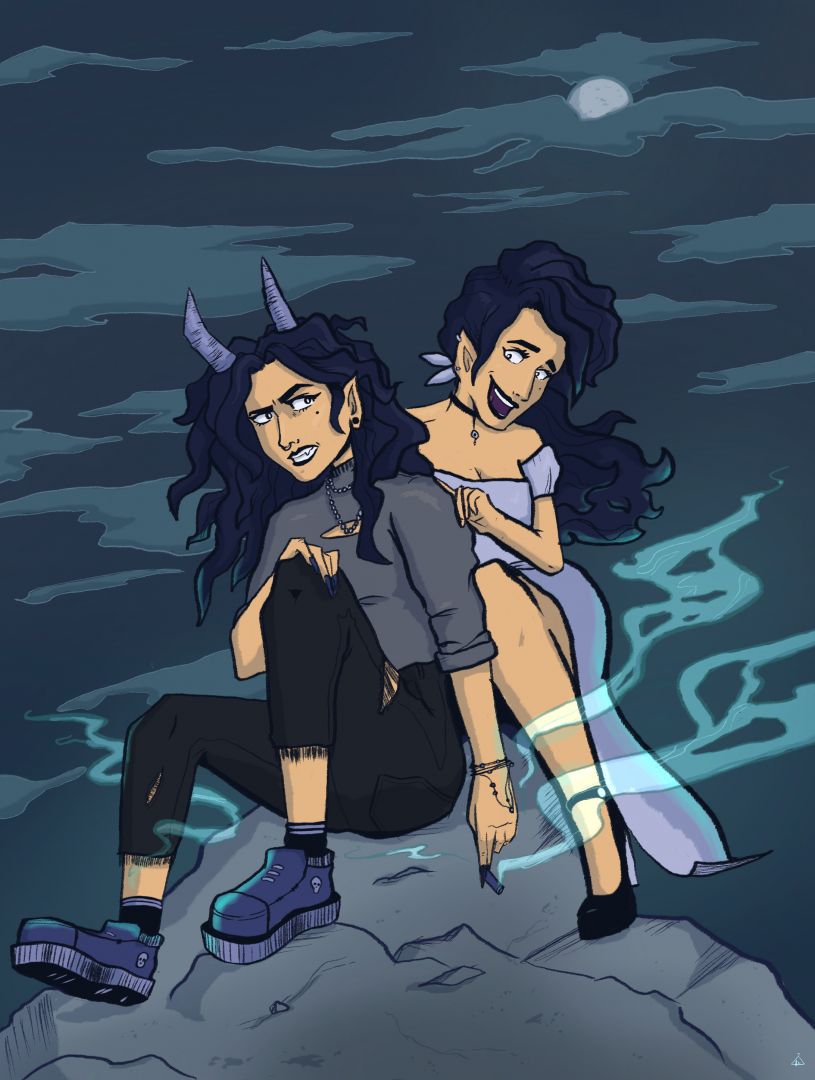 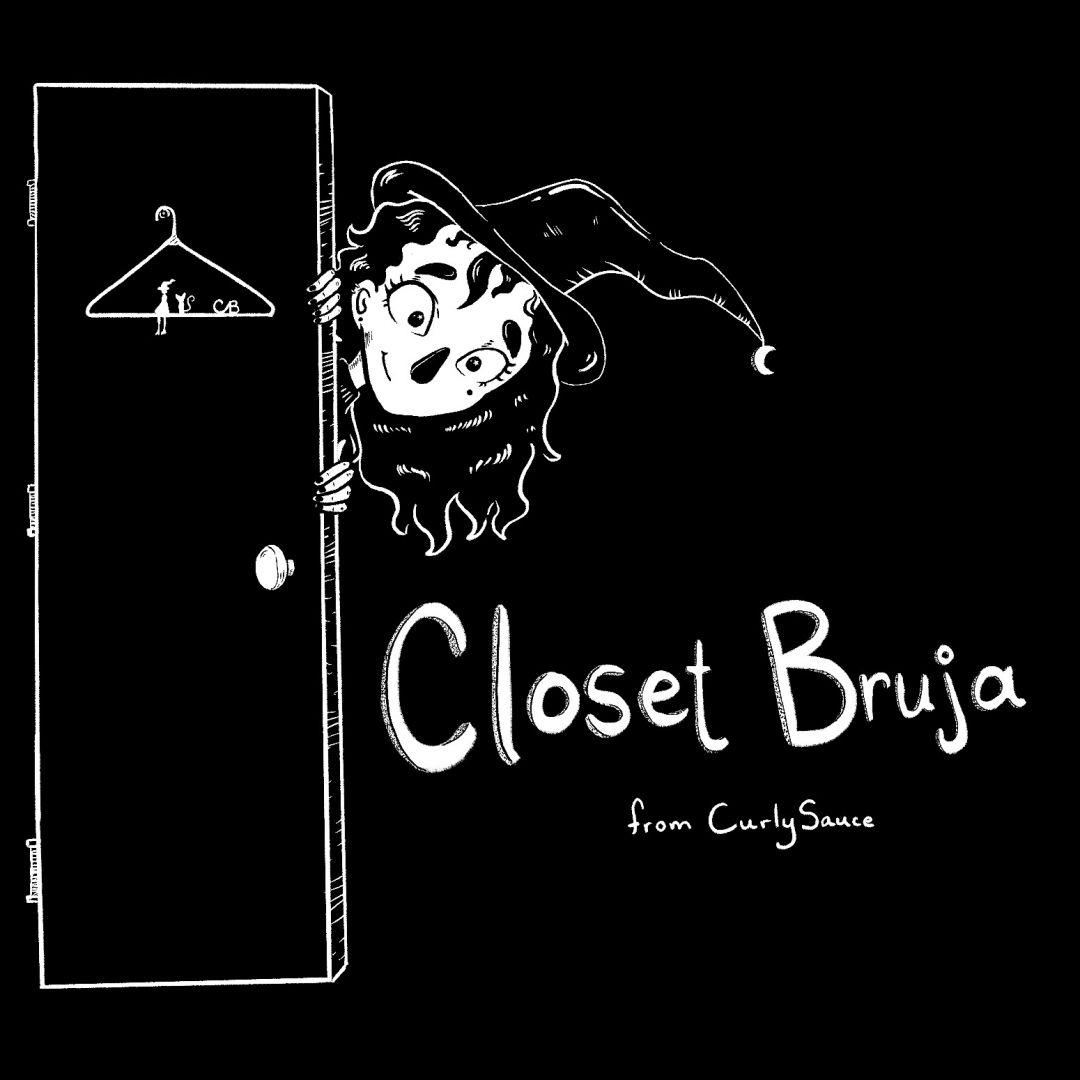 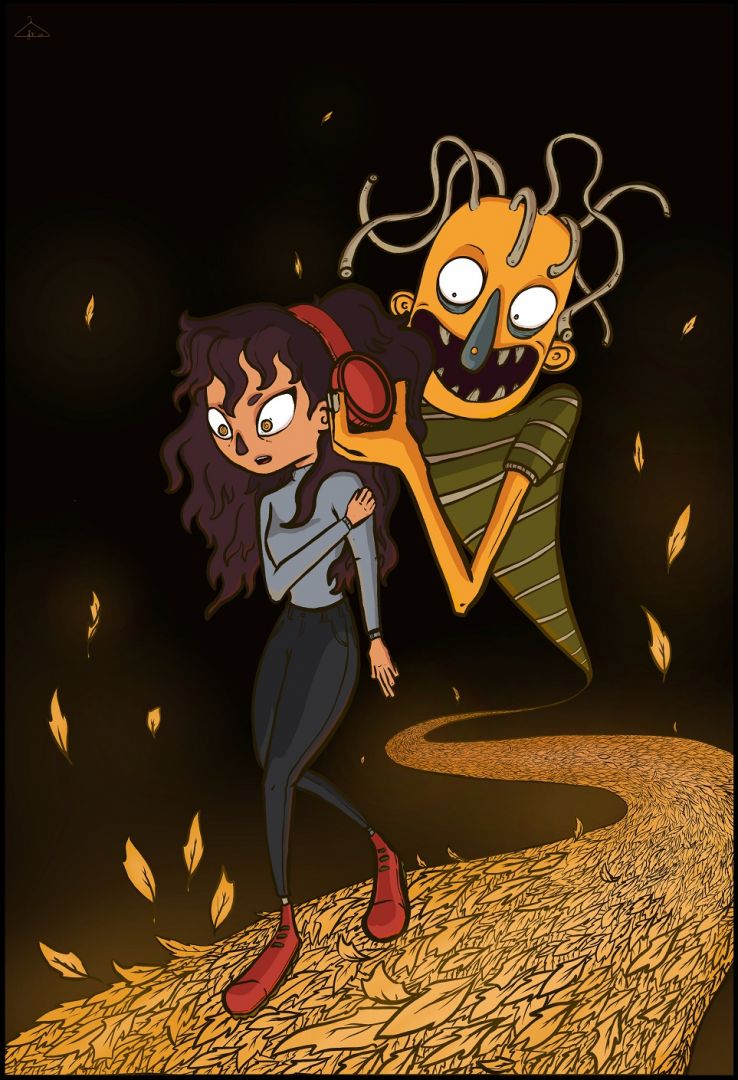 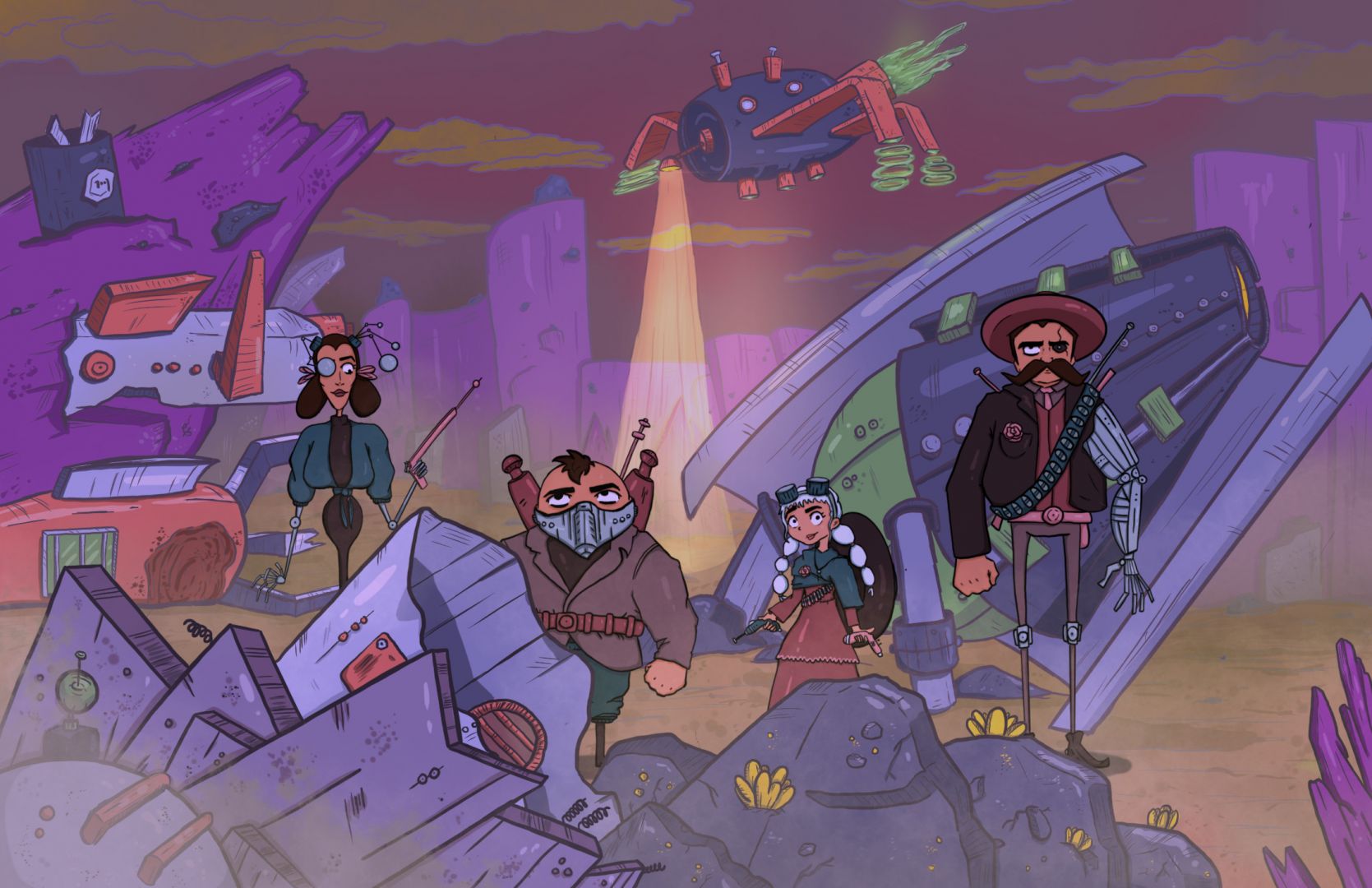 I’ve always considered myself a storyteller, but over the years I’ve come to understand that not every story can be told the same way, because of that I’ve come to pick up different skills. From writing, to drawing, to making music, these skills allow me to keep my scattered brain happy and constantly working on something. I think what sets me apart is what also makes me like everybody else, what I mean is that I often like to refer to myself as a bit of a social chameleon. What that means to me is that I’m usually used to adapting to whoever I’m interacting with, I’ve had a very nice privilege not only engaging with all kinds of people, but also finding a way of interacting with someone that allows them to feel included. It allows me to wear different masks, but in doing so it does mean that I am often hiding a good chunk of myself from people. My work allows a moment for someone else to try and understand me in a way that I didn’t have to translate for them. And in turn I often find that many people don’t have much trouble understanding me, even though I fear they do. I think what I do with my work is create a space that feels safe because it allows for the audience a chance to get to be me behind the mask. When I was young I used to immerse myself in as many stories as I could just for a chance to escape from my problems or find a solution to help me work through them in a way that also allowed me to escape reality. I think that idea is something that I show now in my own work, I often try to find the line between what is reality and fantasy. I want the people and the relationships to feel real and complex and to make choices that would seem believable, but in a space that allows me to forget about my own reality. My work allows me a time and place to pose an issue I am having or have had and allow a possibility of outcomes that have no implication in the real world other than what the viewer decides to do with the information. Because for those who aren’t facing the same problems I am, I would hope that I am creating a clear enough picture that they can gain a different perspective and in turn at least sympathize. And for others who may actually be facing similar problems, well it often helps to just be heard, to know that someone out there at least feels the same way. I would hope that for them I could at least present their troubles in a way that more people could understand, and while I may not have the answers, perhaps we can go on knowing at least we aren’t alone. My work may not be for everyone and I understand that, it can often be dark and ugly, but it’s my way of finding the beauty in the ugly and light in the dark that I hope is what resonates.

If you had a friend visiting you, what are some of the local spots you’d want to take them around to?
If there wasn’t a pandemic and I could freely take a friend on a tour of some hotspots I think I’d have to start by taking them down to the Pike for a day around Downtown. One of my favorite places to eat is this cute little hole in the wall called Sura Korean BBQ, it is absolutely amazing, its one of those places my mom and I always ate whenever I visited, but the staff there is always so friendly and the food is absolutely delicious every time, each cook brings something a little different, its the same meal but each cook has their own spin on it which makes for a unique experience every time while also bringing you something familiar. Then we’d probably got to Fingerprints because that store was my haven in college, it’s a cute little record shop on 4th Street that sometimes has live performances, but honestly I was there for the little back corner of the store that had a closet size stock of movies. When I was trying to decide what kind of films I wanted to make that store was my playground I’d go in with ten dollars and walk out with like two new movies and sometimes a book. Because they don’t focus on catering to what’s popular it allowed me to branch out my taste in movies and music, and through their book collections I got to experience art from opposite side as a consumer learning about art. We would pick up a book or even maybe some music to take with us to the beach, and we’d just chill for the day with some mason jar pies from the Pie Par on Pine. For me I personally really like the beach, not necessarily the ocean, but like a day at the beach alway sounds like fun so maybe even two beach days would be nice because I love the fire pits at Bolsa Chica, and the sand there is honestly really strange to me. I don’t normally go in the ocean but at that beach you kind of have to because the sand will be a flat plateau in one area then drop off in another and then there will be another plateau you can stand on like ten feet out from where you just couldn’t touch the ground. Another thing we would definitely have to do is go to brunch because brunch in my opinion is the best meal anyone could ever eat, and for me the best brunch spot is this cute little place in Cerritos called Bakers and Baristas, one of my dear friends showed it to me for one of our brunch dates and honestly I’ve tried to show as many people since. I’ve had the opportunity of working as a Barista and because of that I’ve come to learn how to appreciate coffee and a good coffee pairing and the Baristas there are honestly amazing. My favorite thing has to be the chilaquiles and their honey lavender oat milk latte hands down that coffee alone is something that my palette had never known existed and puts most other coffee, I have had since, to shame. And all the food that I’ve had the pleasure of trying from there is absolutely delectable, every bite gives you just the right amount of favor, and tastes so bright and fresh, its just a really great day to start off the day. The last big place that I could think for sure that I would love to take them is the cute little Bar in Buena Park called The Cauldron. Its this cute spooky themed bar, all the drinks are themed which is always fun. But the Food! They serve a French menu, and up until I ate there I don’t think I had ever had any French Cuisine, but I tried something new and I ended up enjoying it so much, that its become one of my favorite places to go with my friends, it might also be that I like any excuse to go to anything that is spooky themed but I really enjoy the food there, and there is always something new on their nightly menu to try. 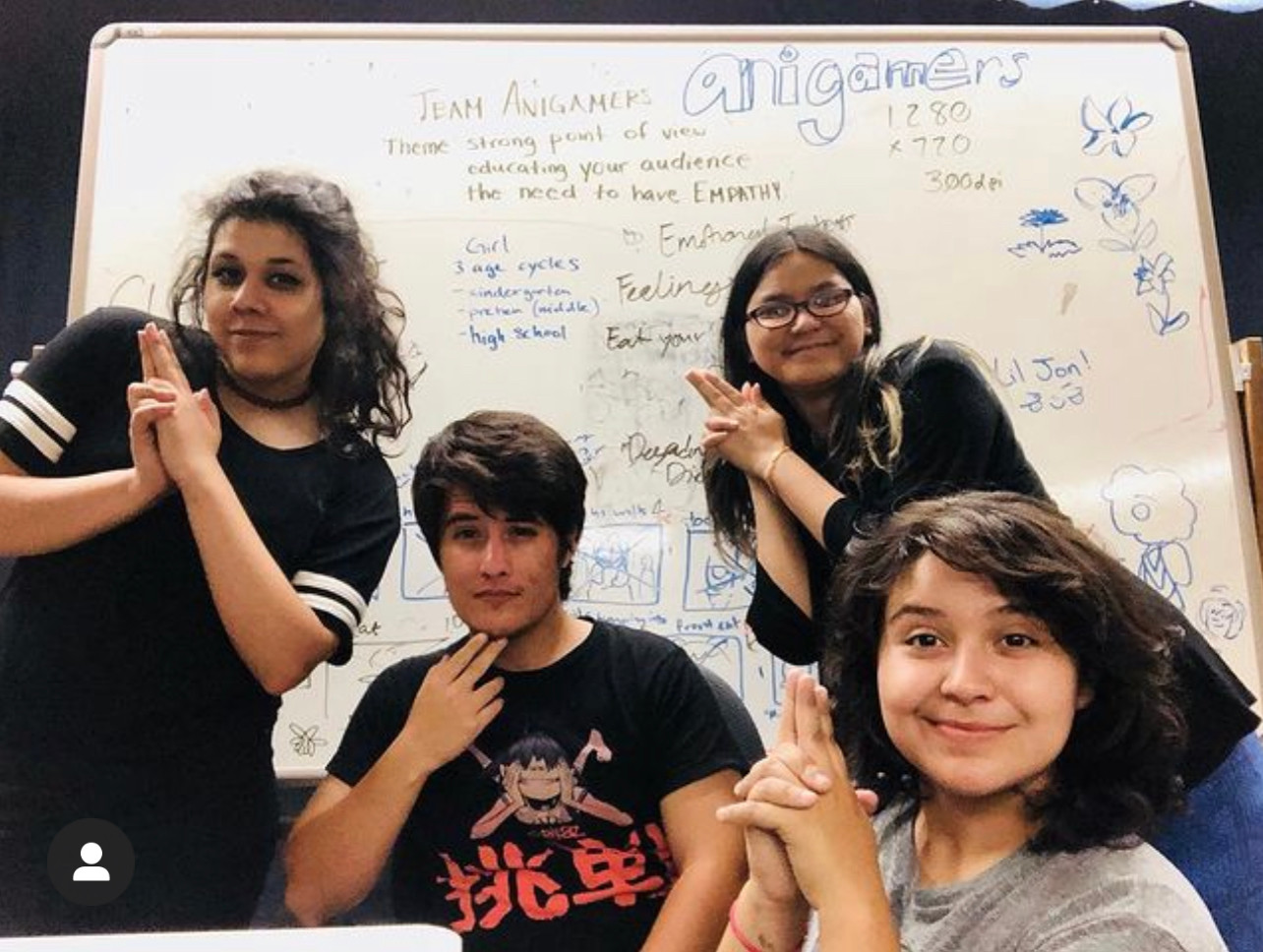 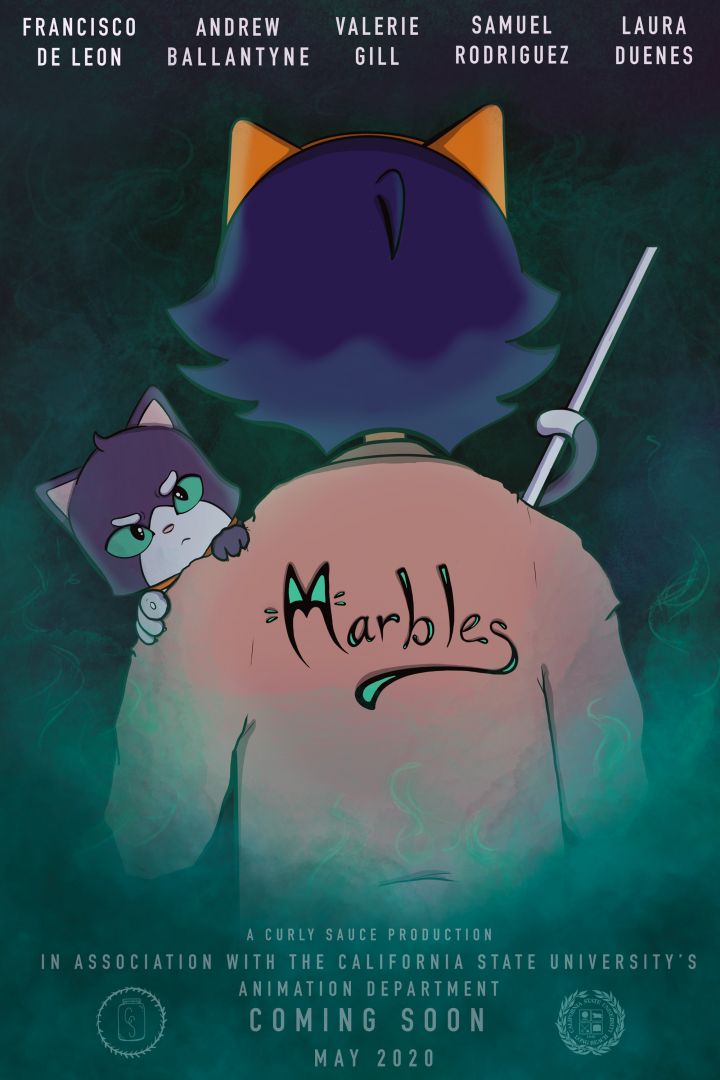 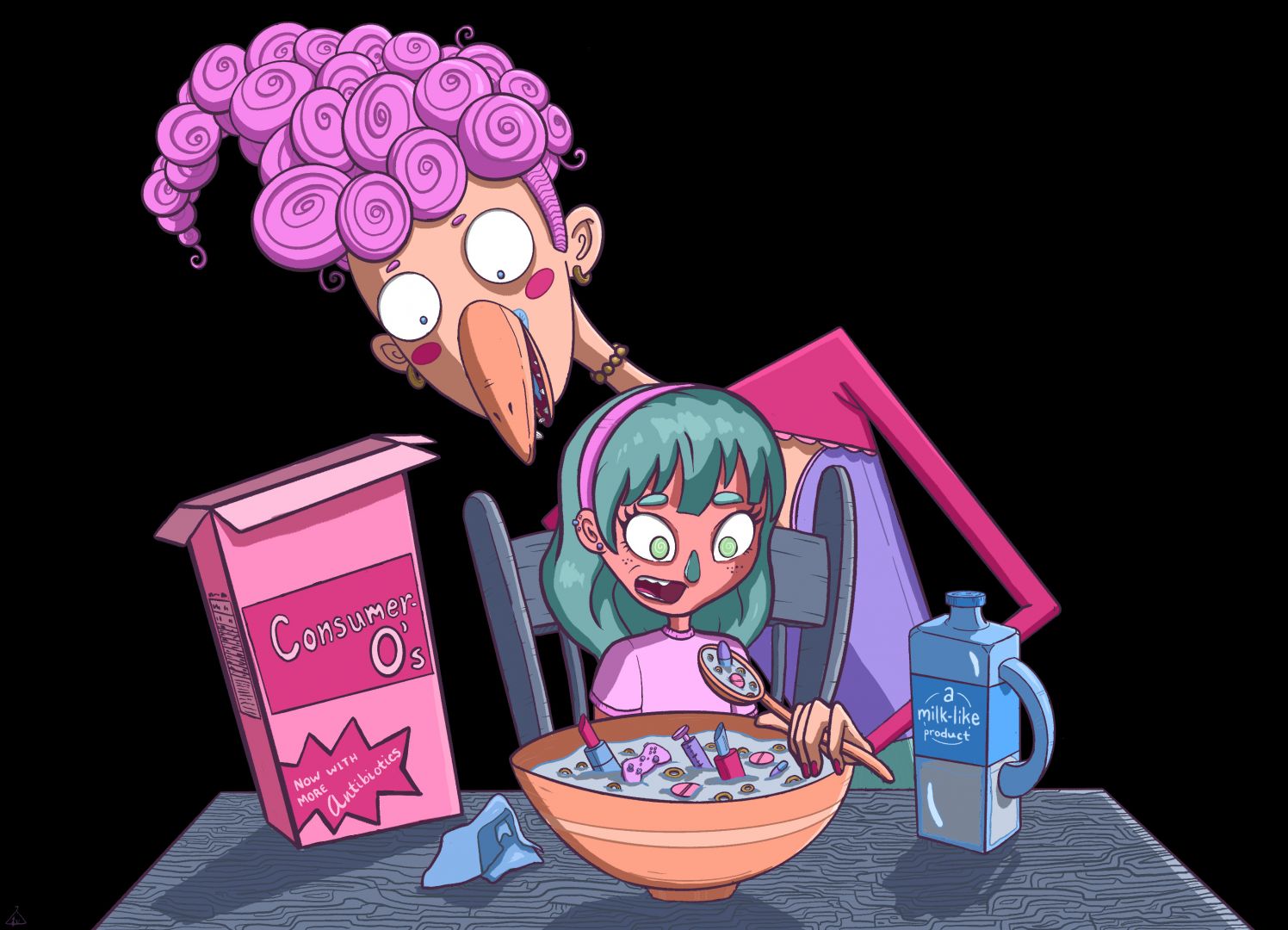 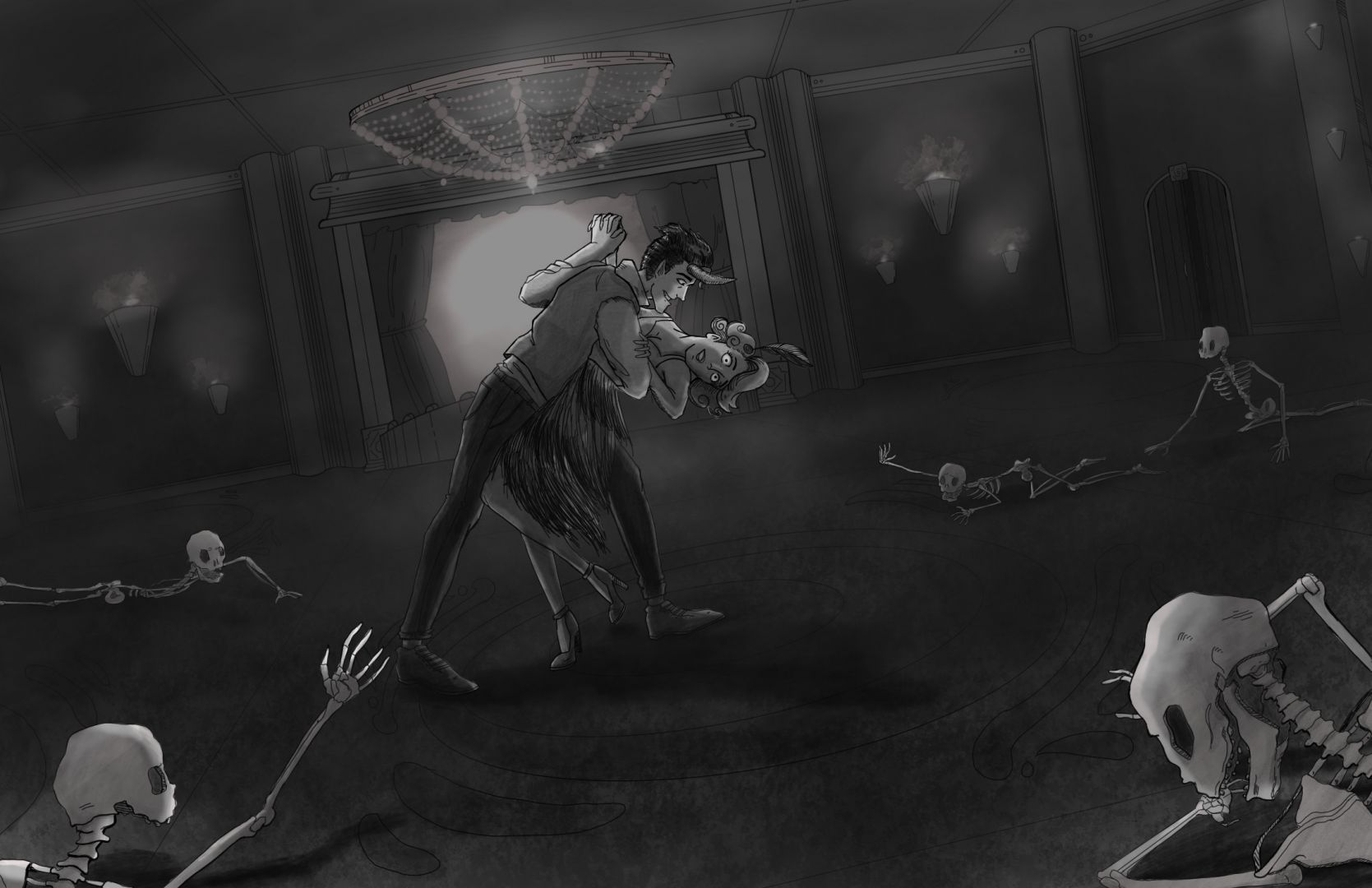 The Shoutout series is all about recognizing that our success and where we are in life is at least somewhat thanks to the efforts, support, mentorship, love and encouragement of others. So is there someone that you want to dedicate your shoutout to?
A lot of my understanding of the world comes from the understanding of my family. My mother, Teresa has helped me understand what it means to be compassionate and for her I thank the kindness in my characters. My Guardians, Rico and Dede, have helped me understand love in all shapes and sizes and for them I thank the complexity that I am allowed to have in my everyday relationships with the people around me, and in my stories. I thank my nephew, Michael for showing me the fire that is capable in people’s souls, it has allowed me to understand that everyone has backstory and it’s important that it be allowed a space to be heard. I thank my niece, Marissa, for always showing me strength, because it’s important to understand that some things are worth fighting for but not every battle is fought the same way. I wouldn’t be who I am without my family, all of it, from the ones I don’t talk to, to those I still have to meet. It is all just part of my own history and like I said backstory is important.