We had the good fortune of connecting with Wade Patterson and we’ve shared our conversation below.

Hi Wade, we’d love to hear about how you approach risk and risk-taking
Making the choice to become a filmmaker was the ultimate risk. Growing up, I really wanted to be a writer. Even though it was artistic and riskier than becoming an engineer or an accountant, I think most people could understand it. I still had options. I could write a novel or work for a newspaper or magazine. These were all things that made sense to people. When I realized that I wanted to be a filmmaker, people said, “Oh, so you want to be Steven Spielberg?” And in my naïveté, I said yes. It seemed easy to aspire to making blockbuster films that everyone could watch in the theaters. That made sense to people. As I started working in the film industry, I realized that working on projects that big was very difficult and maybe not even what I want to do. But now when I tell people I’m a filmmaker, they ask: “Have I seen anything you’ve made?” Usually, the answer is no. For many people, being a filmmaker is only one thing: you make big movies that people can see in the theaters. Of course, I want that, but I’m learning that taking big risks also require different measures of success. The second biggest risk I’ve taken is choosing to move to Los Angeles from my hometown in Mississippi. Growing up in the South, big cities like Los Angeles always seemed like these beautiful, wonder-filled places you saw in the movies. It was never somewhere you lived. I had never even visited L.A. before I moved there, but I knew it was where I needed to go if I wanted to move forward in my career. So I packed up my car and drove out West with little more than a camera and a lot of hope to fuel me. I couch-surfed for five months taking every film job I could find and it was harder than I ever expected. Los Angeles is a beautiful place, but big cities are a tough place to find community and your place in the world. Finally, I was able to get my own apartment and I have been able to grow my network. I’m very busy right now, and I’m glad I took the risk to move here. It is sometimes difficult to know if you made the right decision when you are in the middle of a challenging time, but if I’ve learned anything in this industry, it is that perseverance is the one thing you need. You have to be strong enough to weather the storms and be humble enough to learn and grow along the way. If you can do that, then you cannot fail even if you don’t make blockbusters like Steven Spielberg. Recently, I’ve been undertaking a new risk in my film work. Although I call myself a filmmaker, I really think of myself as an artist who uses the canvas of films to tell stories. In summary, I am an artist who creates art, and risk is inherent in art. All art must be interpreted by the audience and I have been so afraid of being misunderstood. For the longest time, I tried to make films that were very clear. I didn’t want the audience to misinterpret what I was trying to say. But lately I’ve been learning that truly great art leaves room for the audience to draw their own conclusions. The most important thing is for the artist to give them an emotional connection to carry them through the experience. It isn’t as important for them to have the closest possible understanding of my work, but rather that they participate in understanding it. An artist forms a relationship with the audience and invites them into an experience. If you try to hard to tell them what to feel and what to think, then what is the point of going on this journey with this piece of art? There has been a lot of risk in my career, and I am thankful for all of it because it has forced me to grow, to rethink how I make art, and to cherish every moment I get to keep doing what I love. 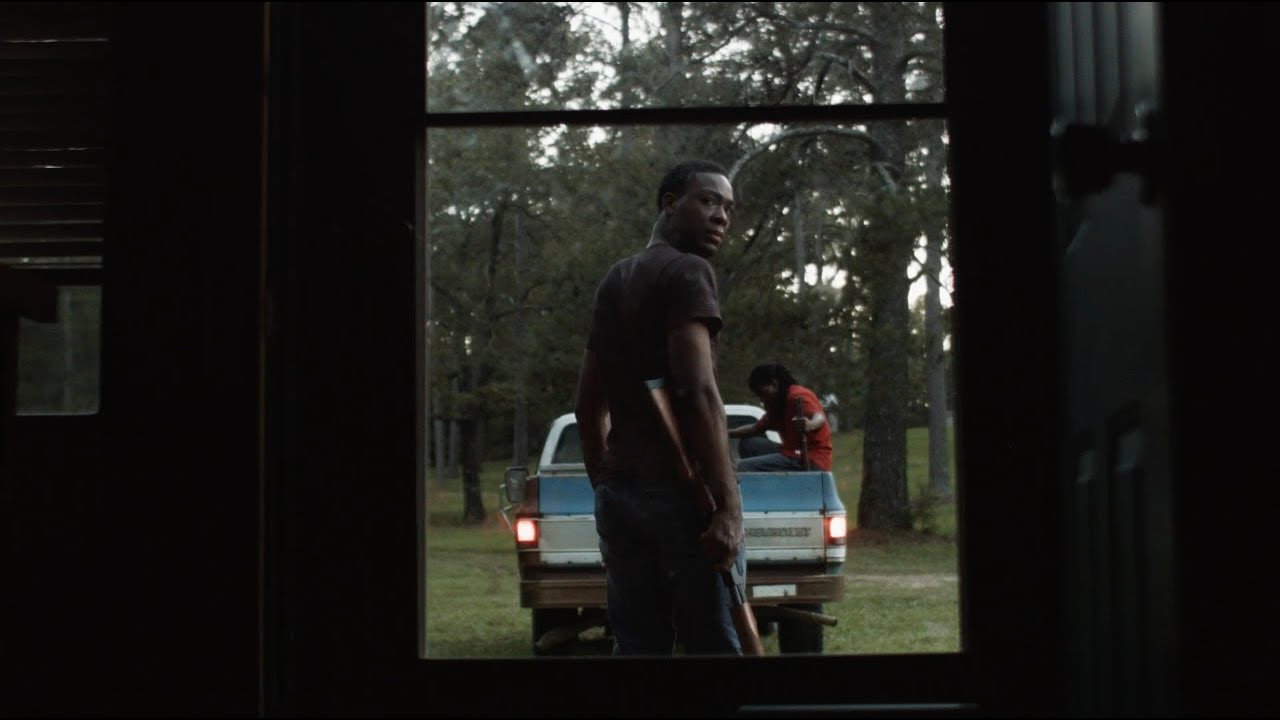 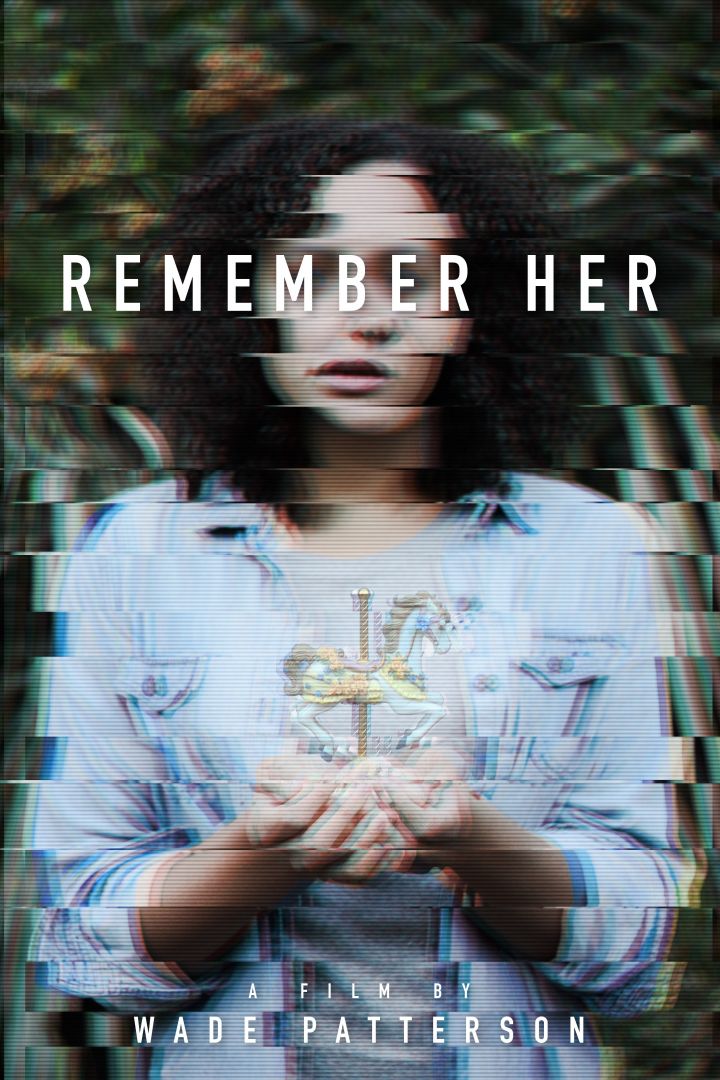 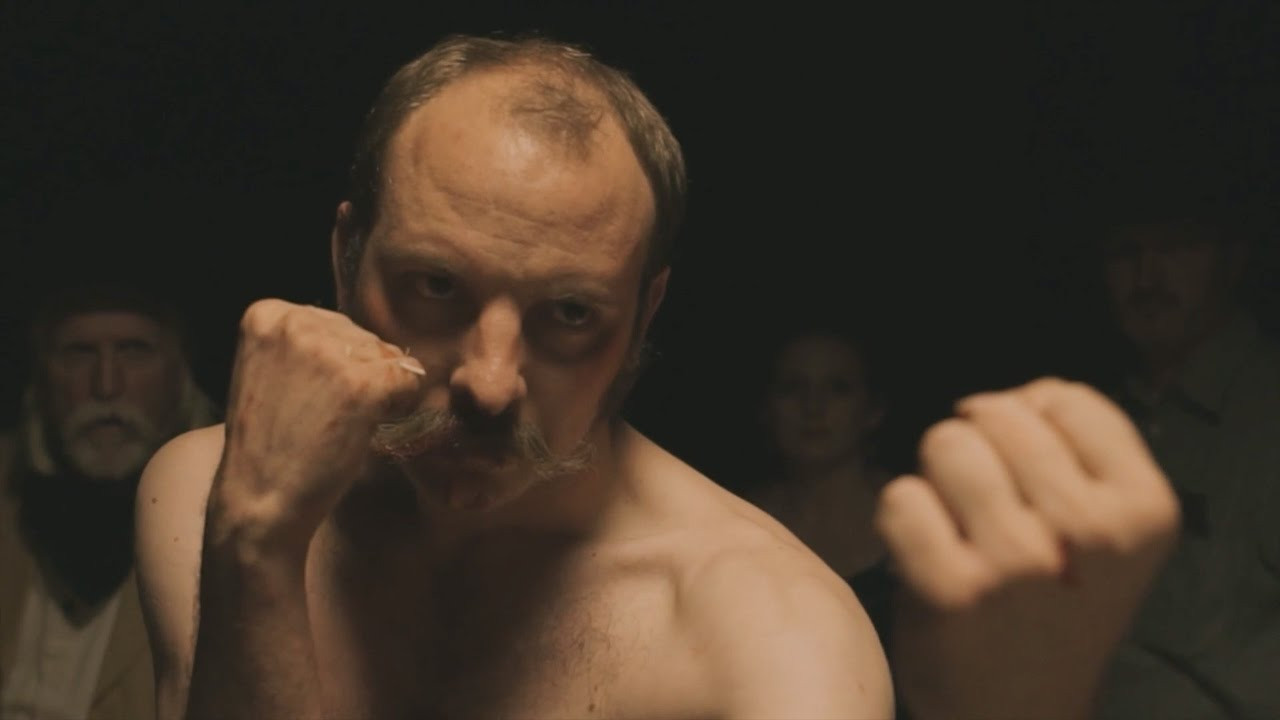 Alright, so let’s move onto what keeps you busy professionally?
Over the course of my career, I’ve gotten the opportunity to work on incredible projects for companies like Disney and Pixar. I shot a series for Snapchat and I’ve worked for brands like Lexus and Hallmark, but I really love telling the kind of stories that mostly get overlooked. I shot a documentary series on homelessness in America and one of the episodes now has over a million views on Youtube. I’ve been able to travel the country and the world with my film work, and I am so thankful. I’m passionate about telling stories that inspire hope and change in the world, especially when I can find those stories in unexpected places. I love the underdog. The has been. The never was. The stories of people who rise up from the ashes of oppression, poverty, suffering, and loss with a resilience that inspires. I think that is partly because I have had such a long road to get to where I am. I wanted to be a writer growing up; but, in high school, I read a book called Movie Makers Masterclass and it featured interviews with filmmakers from all over the world. What appealed to me about film was the collaborative nature of it. You didn’t just sit in a room and type up a story. You got out into the world and worked with other people to craft an experience that people could watch on a big screen. It was dynamic and powerful. So I made the crazy decision to become a filmmaker, not realizing how long the journey would be to get to achieve my goals. I grew up in Mississippi, and after college, I did some non-profit work overseas, but when I came home, there was a boom in films coming to the state thanks to a tax incentive. Suddenly, I was working on multi-million dollar films and learning more than I ever had in school about making films. I got to work next to talented filmmakers and even A-list talent for a few years. But I knew I couldn’t stay in Mississippi forever. I made the tough decision to move to Los Angeles and I went from working on big projects to trying to get a low-paying position on a web series or a short film. The competition was much higher in L.A. but I also had access to more talent and resources for my own projects. I’ve learned that anything that is worth doing takes time and an incredible amount of work. Anyone I have ever met who is successful has gotten there through long days and sleepless nights. I think my films reflect that experience. Life is a journey that is full of trials but at the end of these struggles is so much joy. I want my audience to feel that as they watch my films. I want them to see that hardship is just the cost of living and that it leads to something good and worthy of all the pain and labor.

Any places to eat or things to do that you can share with our readers? If they have a friend visiting town, what are some spots they could take them to?
I always take people down to Venice Beach, but what I really love to do down there is walk along the canals. They are lined with beautiful homes and it is way more peaceful than the boardwalk along the beach. Grand Market downtown is always fun. The market has lots of different flavors and smells to experience and then you can walk across the street and ride the Angel’s Flight. Street tacos are also incredible in L.A., so I would have to take them to Leo’s Taco Truck in Hollywood. 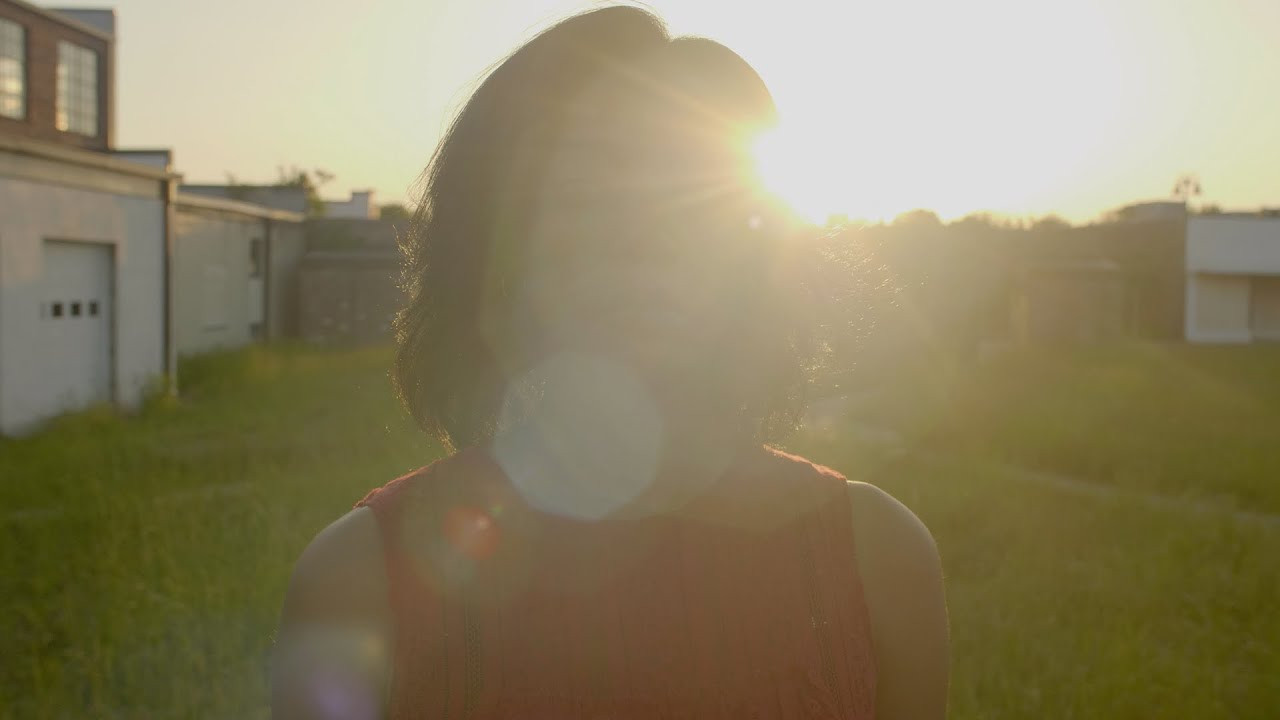 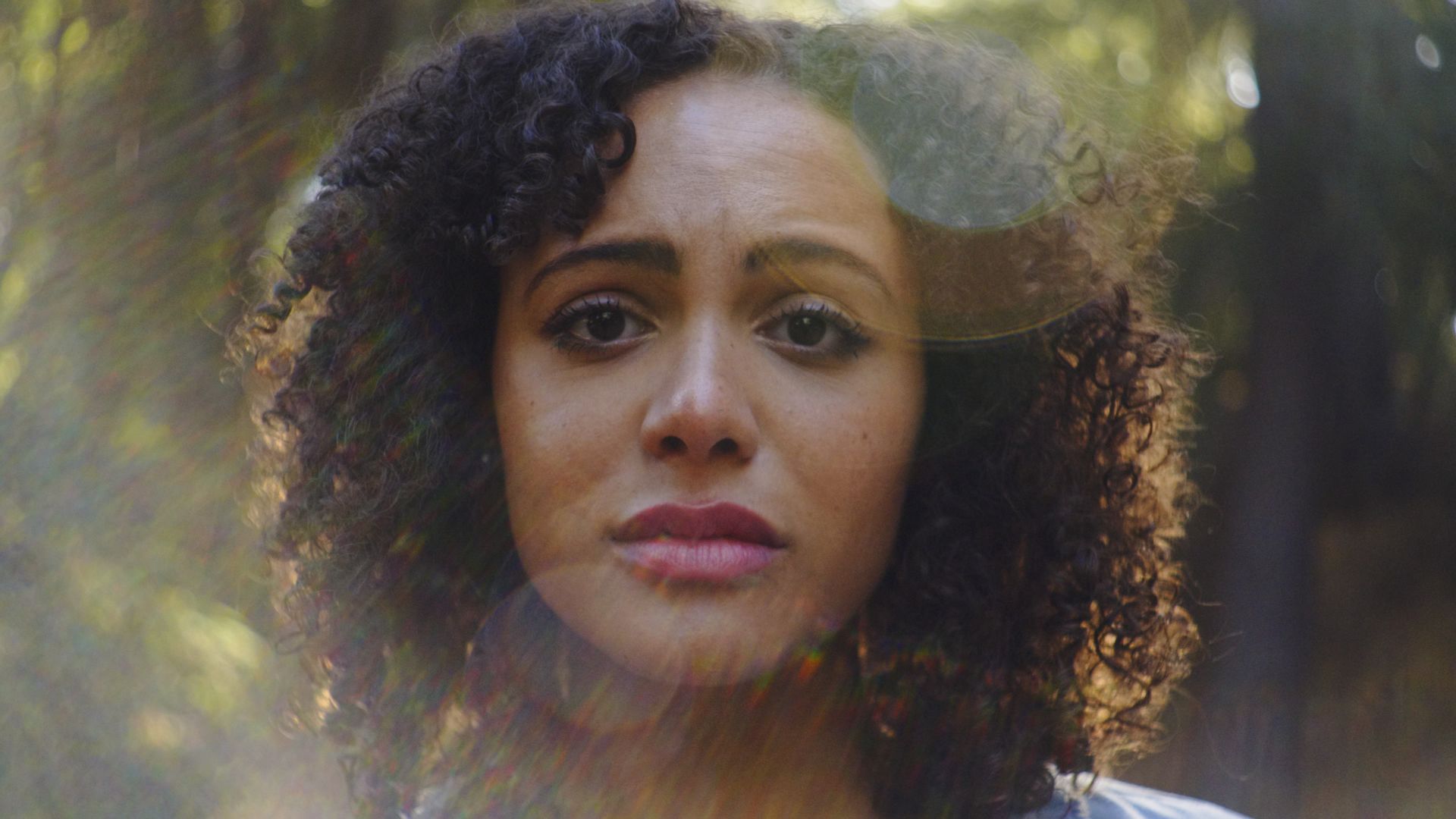 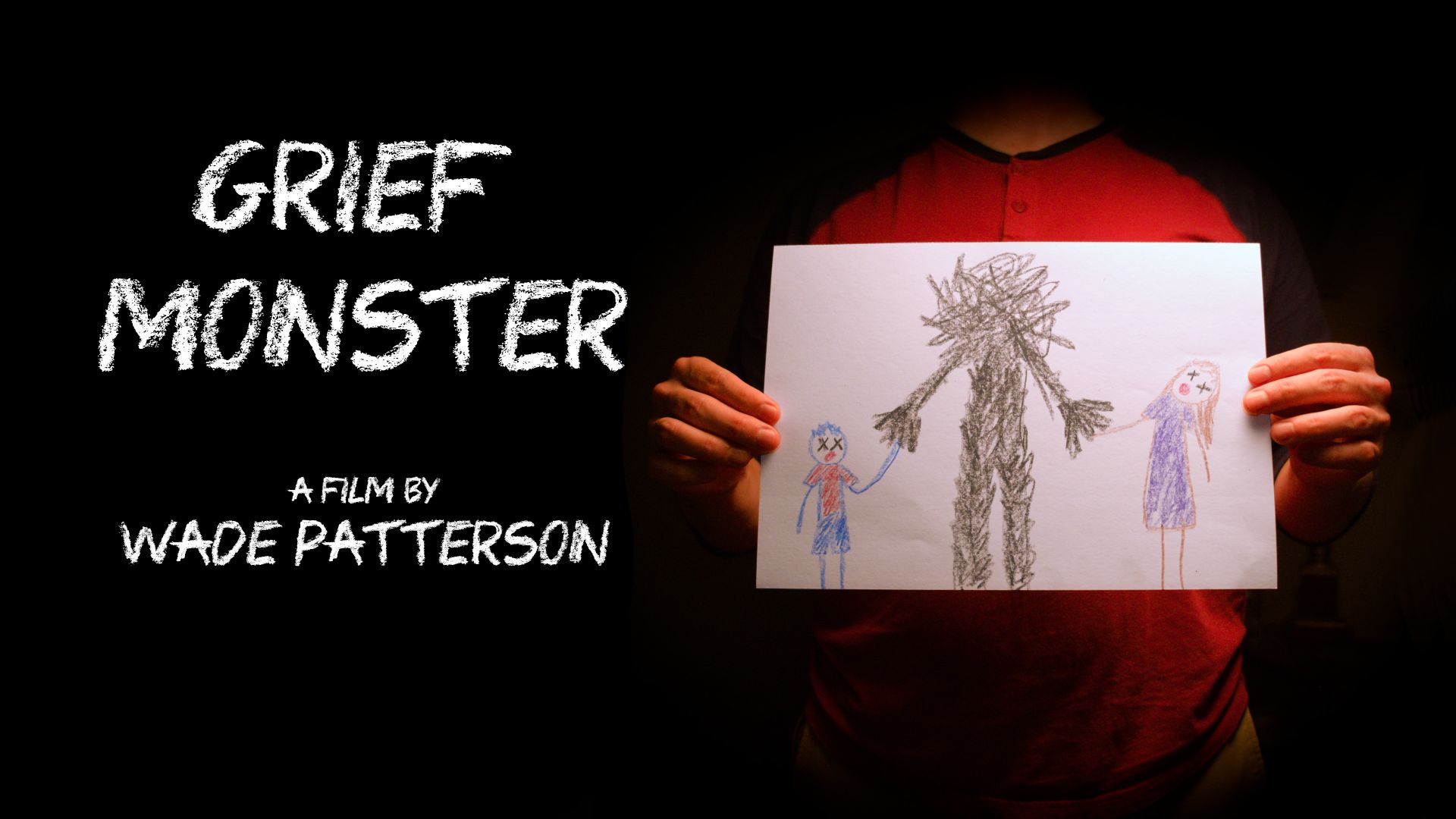 The Shoutout series is all about recognizing that our success and where we are in life is at least somewhat thanks to the efforts, support, mentorship, love and encouragement of others. So is there someone that you want to dedicate your shoutout to?
I have so many people to thank for where I am – my parents, my sister, my girlfriend, my friends – because they all give me so much support as well as give me feedback on my films, so really they deserve all the credit.

Meet Alexandra Ray: Art Advisor and Founder of Eye of the Huntress