We had the good fortune of connecting with Yifan Guo and we’ve shared our conversation below.

Hi Yifan, how do you think about risk?
I always compare risk-taking in music composition/art creation with business investment – with great risk comes great reward. As contemporary music composers, we occasionally create new sounds, methods of music/idea conveyance, and listening experiences for audiences and performers, which are so called experiments. There are only two results after taking on a significant challenge in a piece: you get a more attractive and original effect or a worse one. You never know which experiments will be effective or valuable. A failed experiment only means the composer needs to keep the failed piece secret and compose a new piece to fulfill the commission, so failure isn’t so bad. I like the feeling of failure – perhaps because I will never fail the same way again if I learn from it. Or perhaps I believe the old Chinese phrase from Tao Te Ching: Good fortune always follows upon disaster. 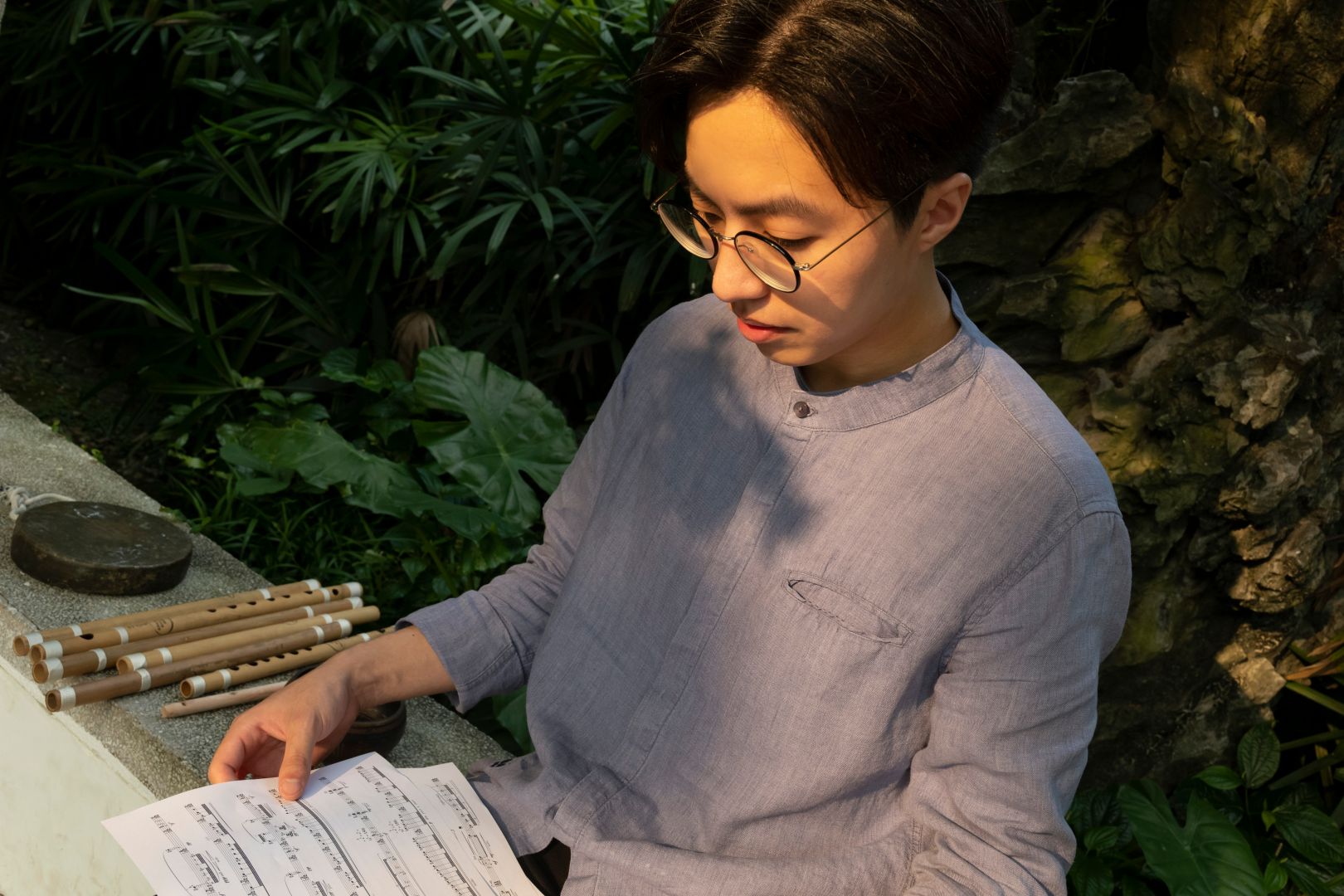 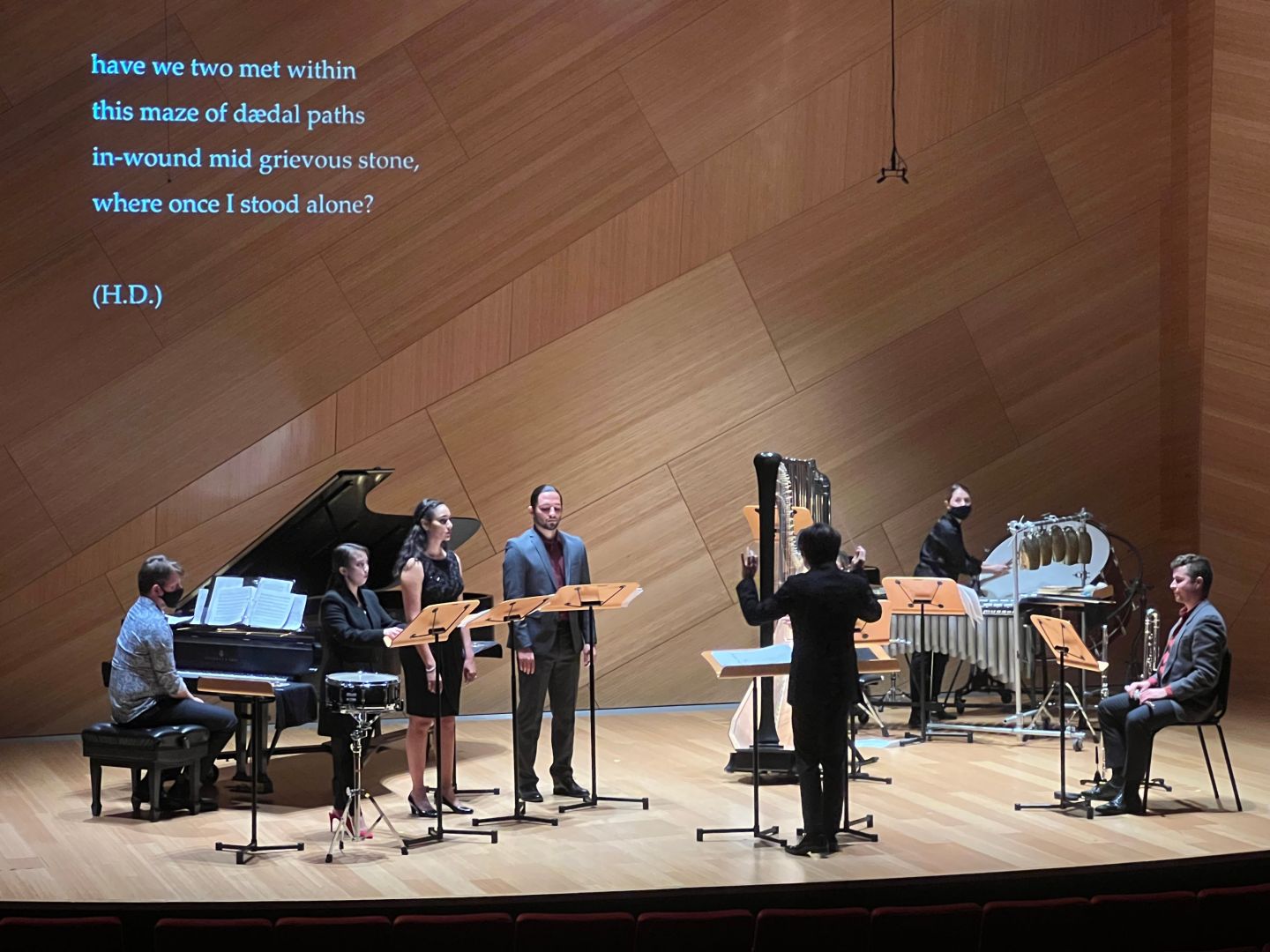 Alright, so let’s move onto what keeps you busy professionally?
When I was younger, my spirits were strongly influenced by my examination performances and my class rankings. I was always affected by the opinions of others. In 2013, I entered the high school attached to Xinghai Conservatory. My entry was the result of my gift, not my diligence, so my scores were not consistently high, and subsequently, I could never be completely happy. In search of happier spirits, I became determined to learn and compose music that would earn me the highest points and fit the socially acceptable musical ideals of other people. This kind of attitude lasted until the spring of 2016. I received an orchestral commission from my conductor friend, which would be premiered at Lincoln Center’s David Geffen Hall. I was extremely excited upon receiving the news, but only because of two keywords: orchestral piece and Lincoln Center. Believing orchestral music to be the highest form of musical performance, and Lincoln Center, the highest venue of artistic performance, this was the most exceedingly cumulative combination possible. Despite a low commission fee, I spent copious amounts of time dedicated to perfecting the most satisfactory piece for the audience. Dressed nicely for my premiere, I was expectantly waiting backstage to take a bow for my milestone event, but I was not even asked on stage. Filled with disbelief and disillusionment, my disappointment plummeted to the depths of the earth. I thought audience applause was everything until a few days later when my friend who attended the concert, told me my piece was greatly received and a touching experience for many of the concertgoers. It was then, when I suddenly realized that music is a language to convey ideas and connect minds. When did it become the tool for satisfying my pitiful vanity? I have been grateful to my friend who commissioned me for that piece, which made me move on to the next level artistically and, of course, allowed me to present my music at such a great event. After having studied music for such a long time, I finally genuinely understood that music is more than recognition and numbers. Since then, my view of music has changed. I began to discover sound from the depths of my mind, human pain and joy, and the order of nature, and only then, I started to explore the truer meaning of carrying the honor of an artist, musician, and composer. During my music discovery journey, I became dissatisfied working solely in the Western canonical music field, so I got more and more interested in various types of music and disciplines, such as visual art, architecture, natural sciences, humanities, politics and philosophy. It is my hope that my music and I can able to be poured into different disciplines, affect more people, prompt exciting conversations, and transcend physical barriers. Comparing my pre-2016 “mainstream” and large instrumental composition, I have considered more deeply about the ideas behind different kinds of performance forms. Because of the expansion of my compositional topic and performing forms, and the interdisciplinary research involved, I have been trying to read and think a lot more outside of the box. 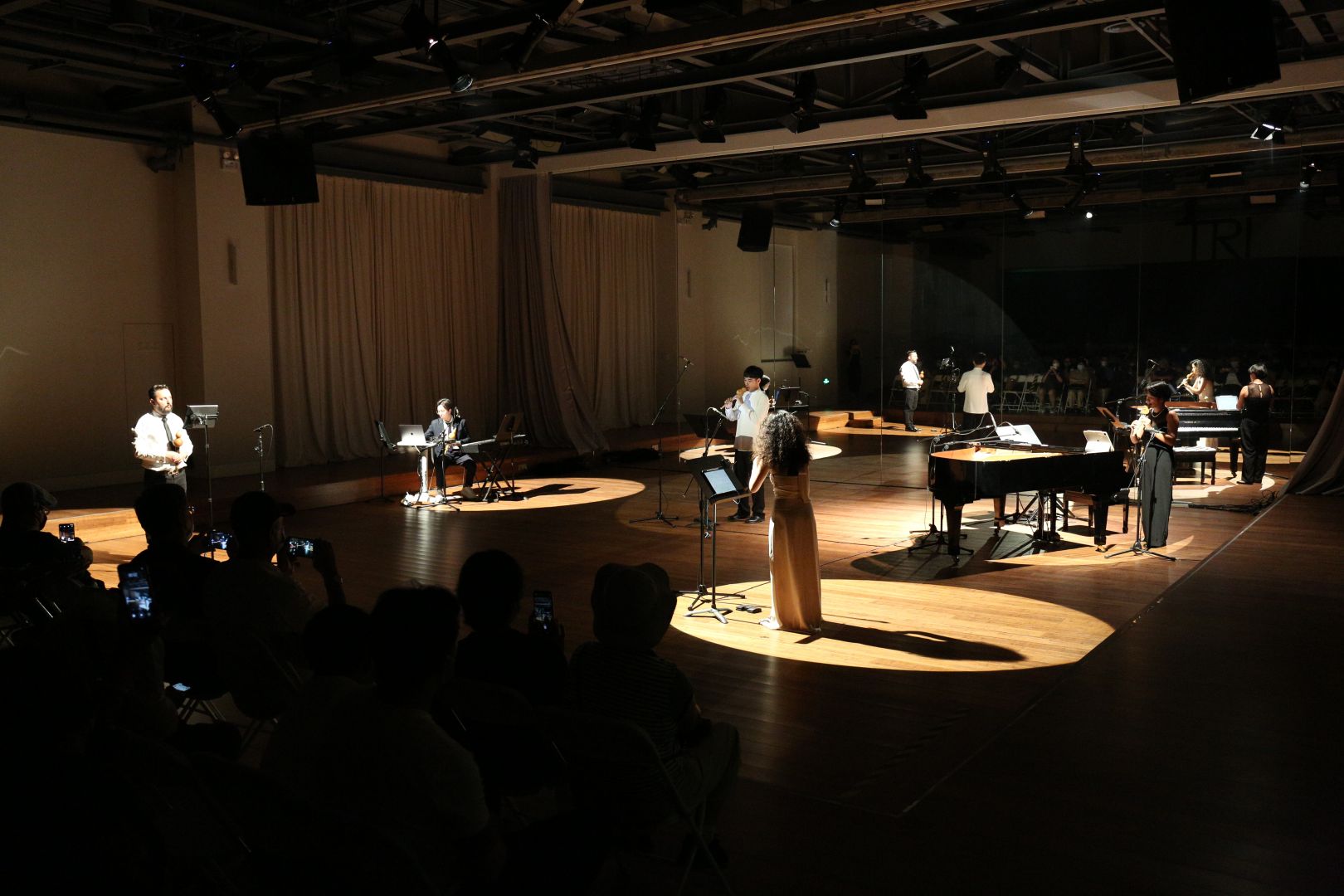 The Shoutout series is all about recognizing that our success and where we are in life is at least somewhat thanks to the efforts, support, mentorship, love and encouragement of others. So is there someone that you want to dedicate your shoutout to?
I was born into an architectural family in Guangzhou, China. My mom taught me piano when I was 4, and I learned trumpet and harmonica in primary school, so I guess had a nice grounding in music and art appreciation. However, I hated practicing instruments but loved making random interesting sounds on instruments or objects – some people would call it improvisation today – and writing musical thoughts on paper. I realized my talent is grounded in creativity rather than interpreting others’ thoughts. The architects at home have inspired me fundamentally. I only realized it in the past few years, and I feel very fortunate. Another great fortune in my life is having opportunities to work and study with many world-class musicians, such as my mentors from the Mannes School of Music, New England Conservatory and UC San Diego, as well as musicians from other places. It’s a long list, and I can’t name them all here, but they know who they are 🙂 They play an important role in establishing my aesthetics. 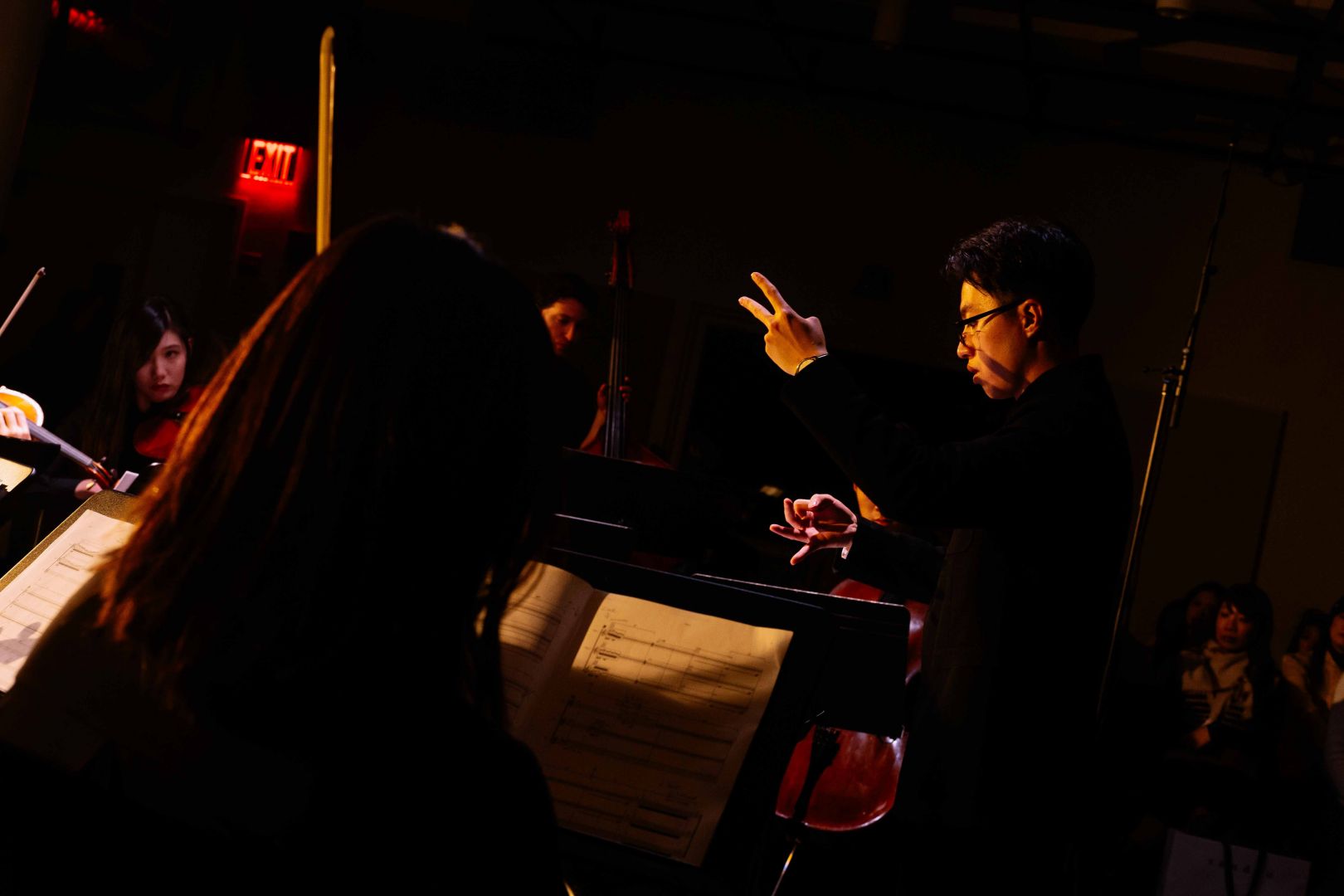 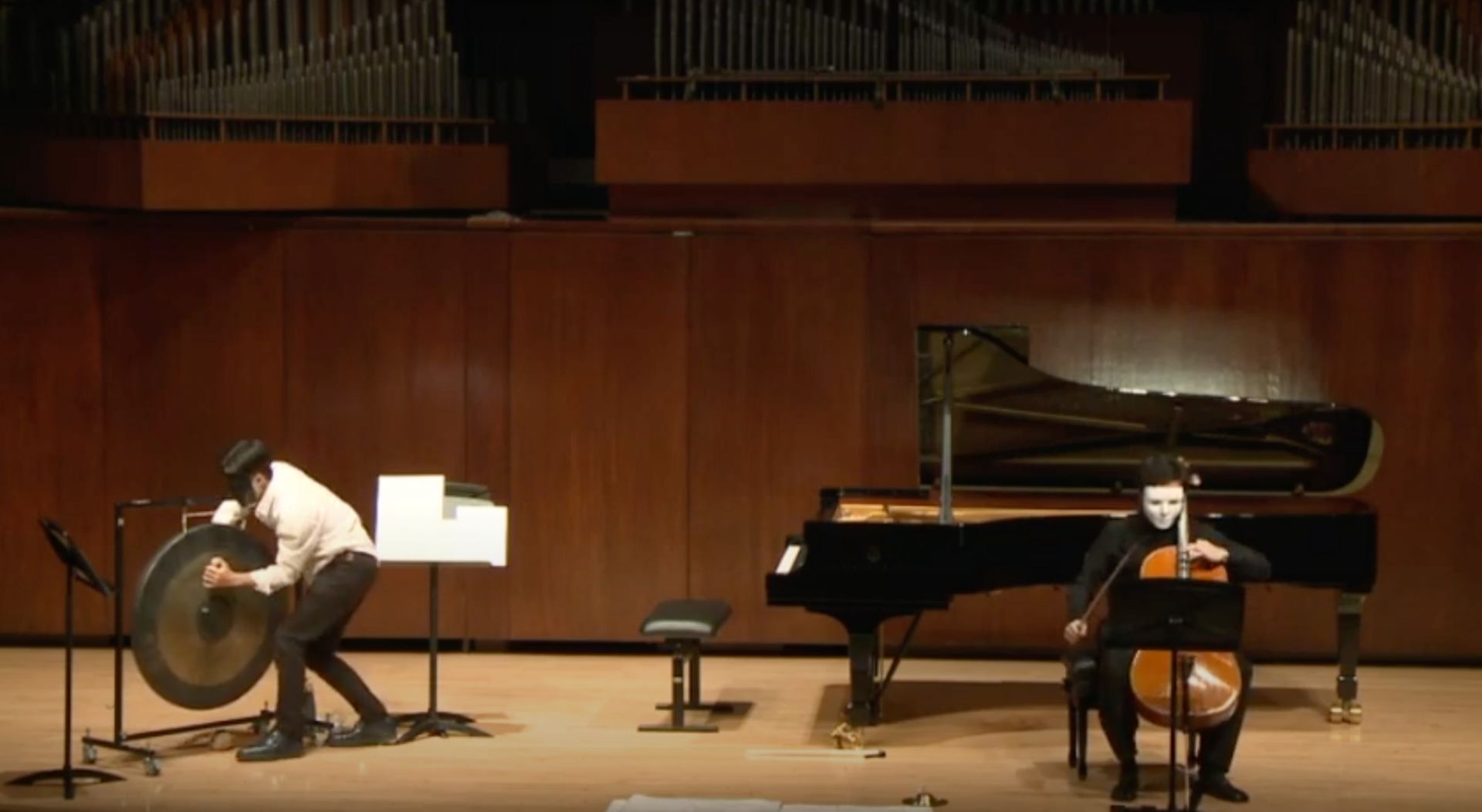